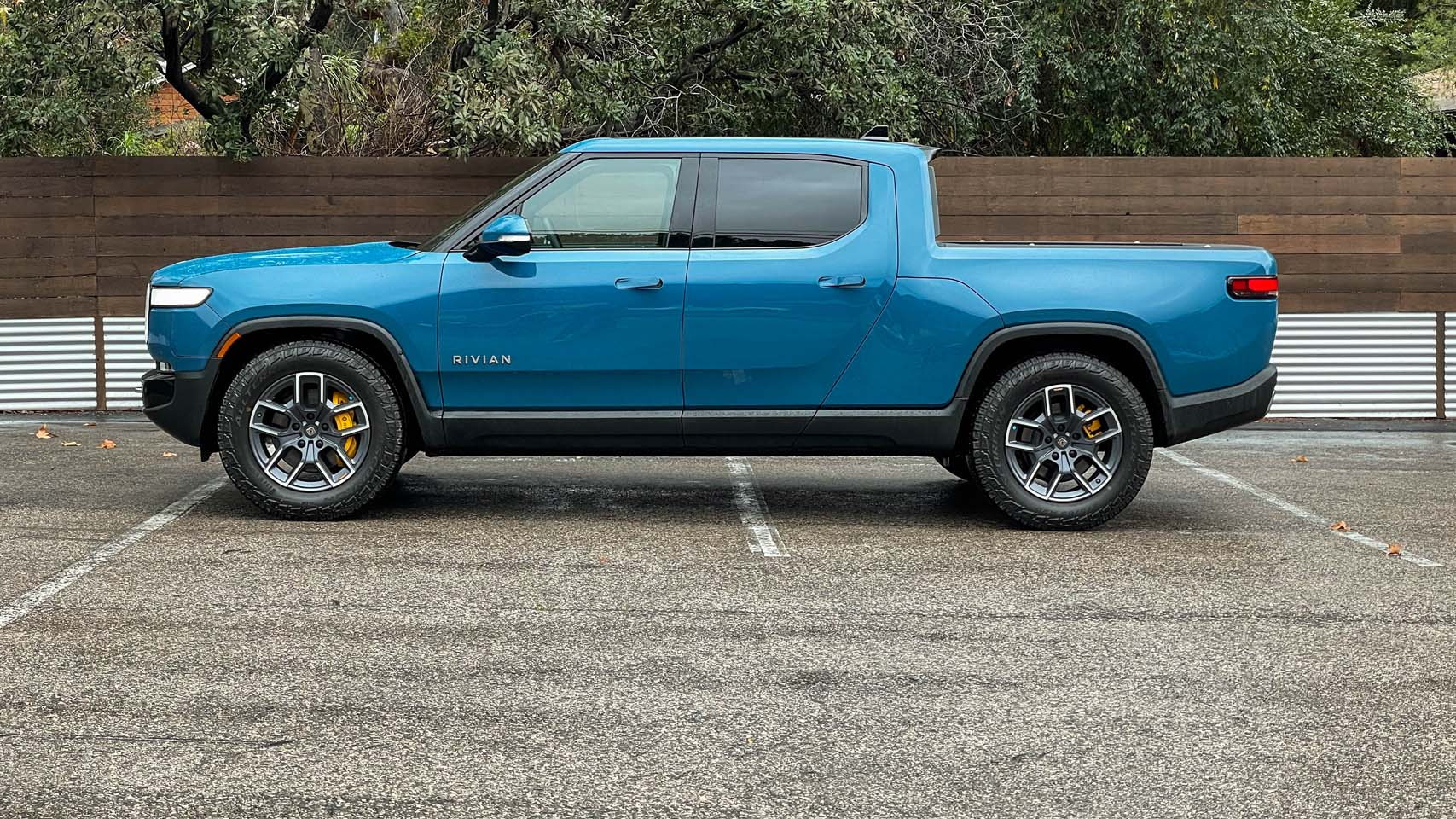 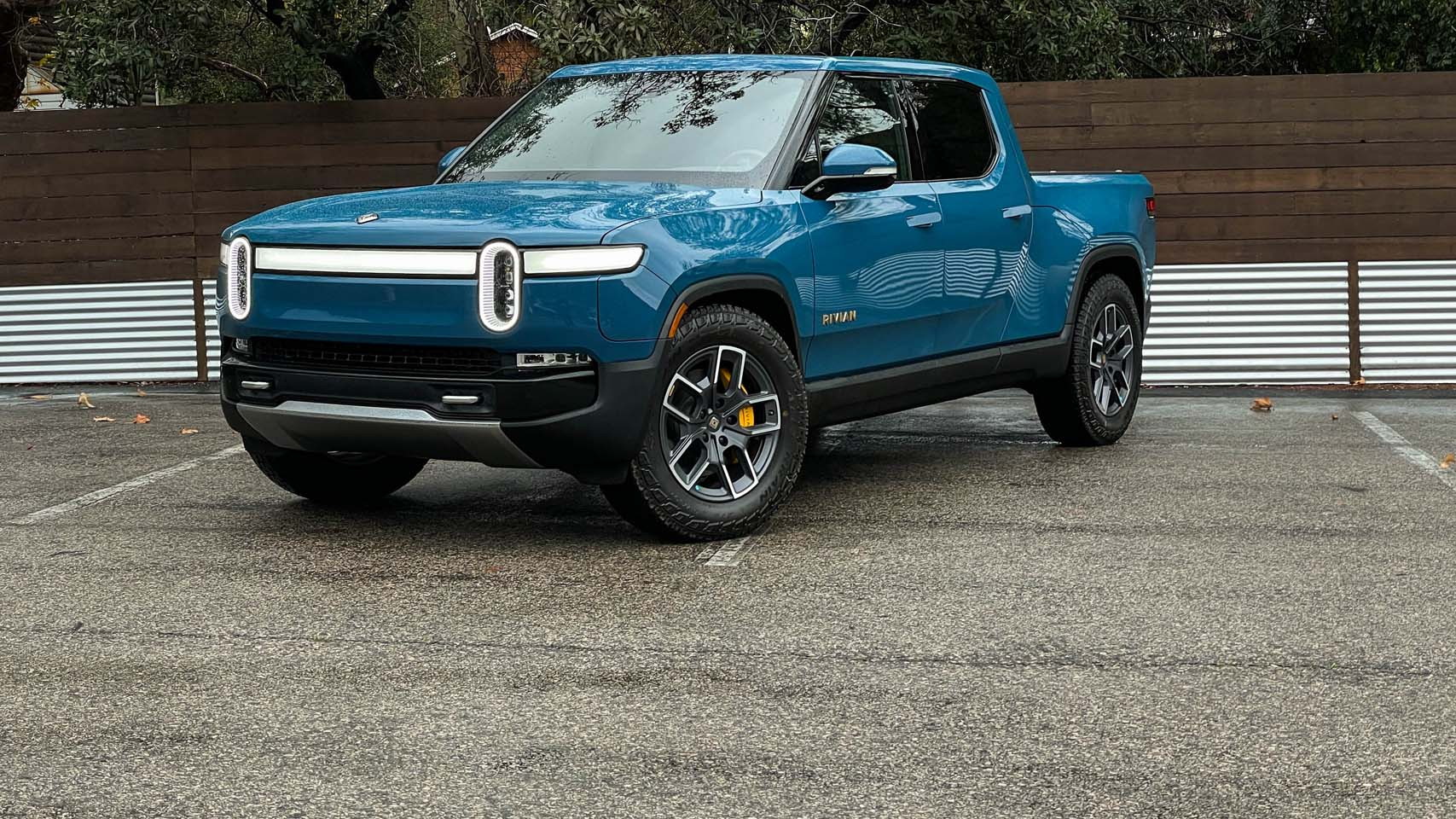 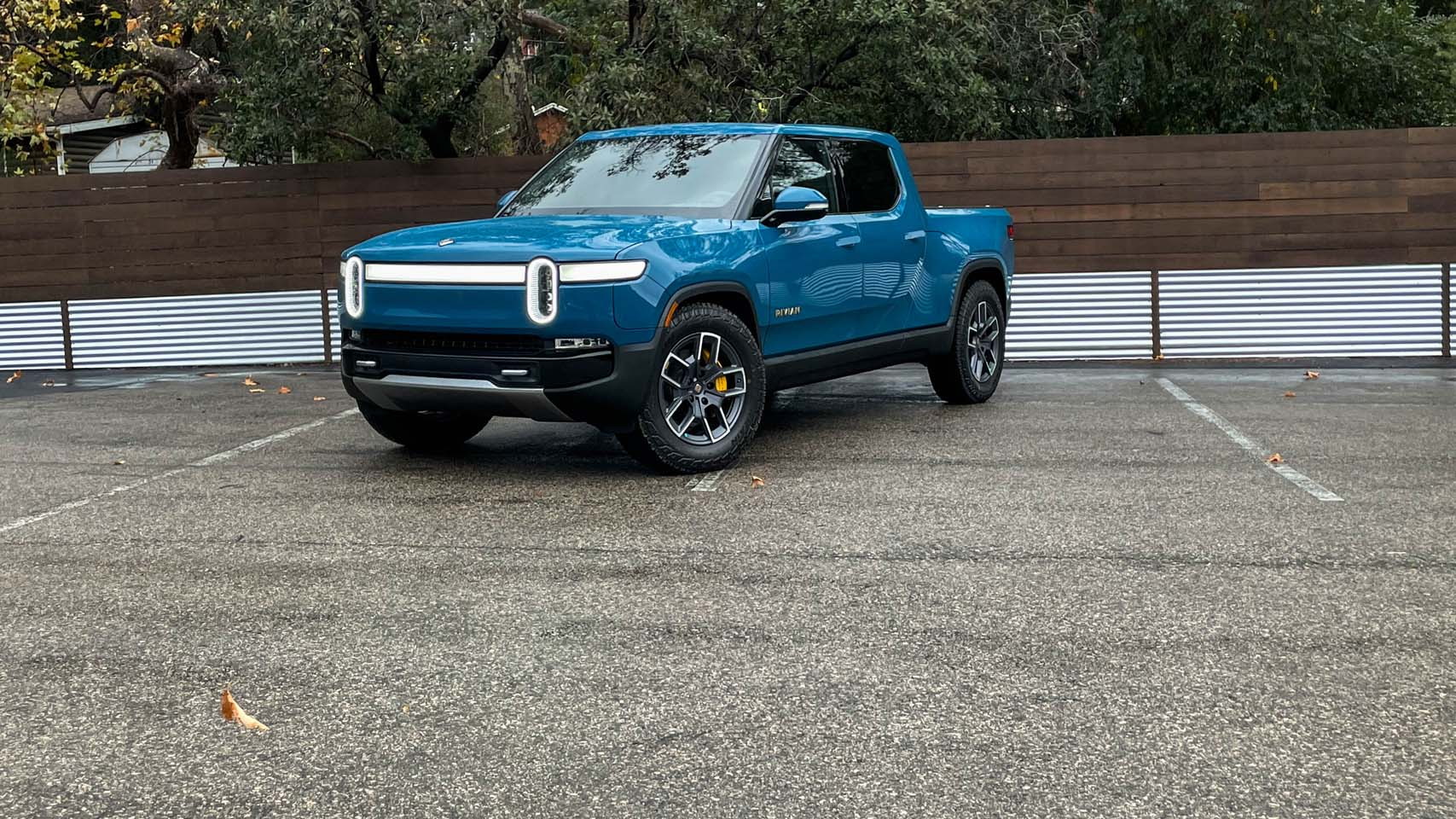 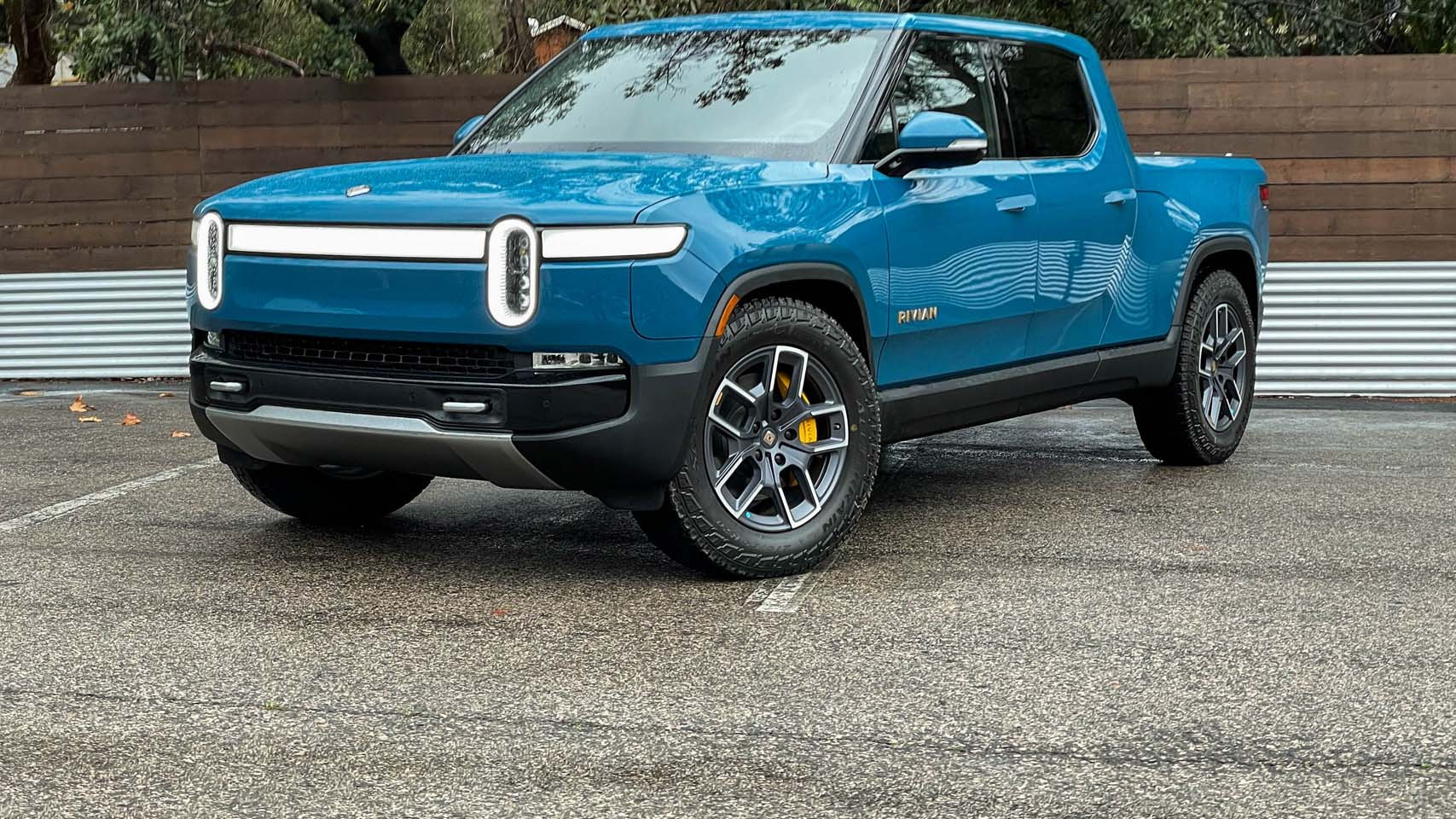 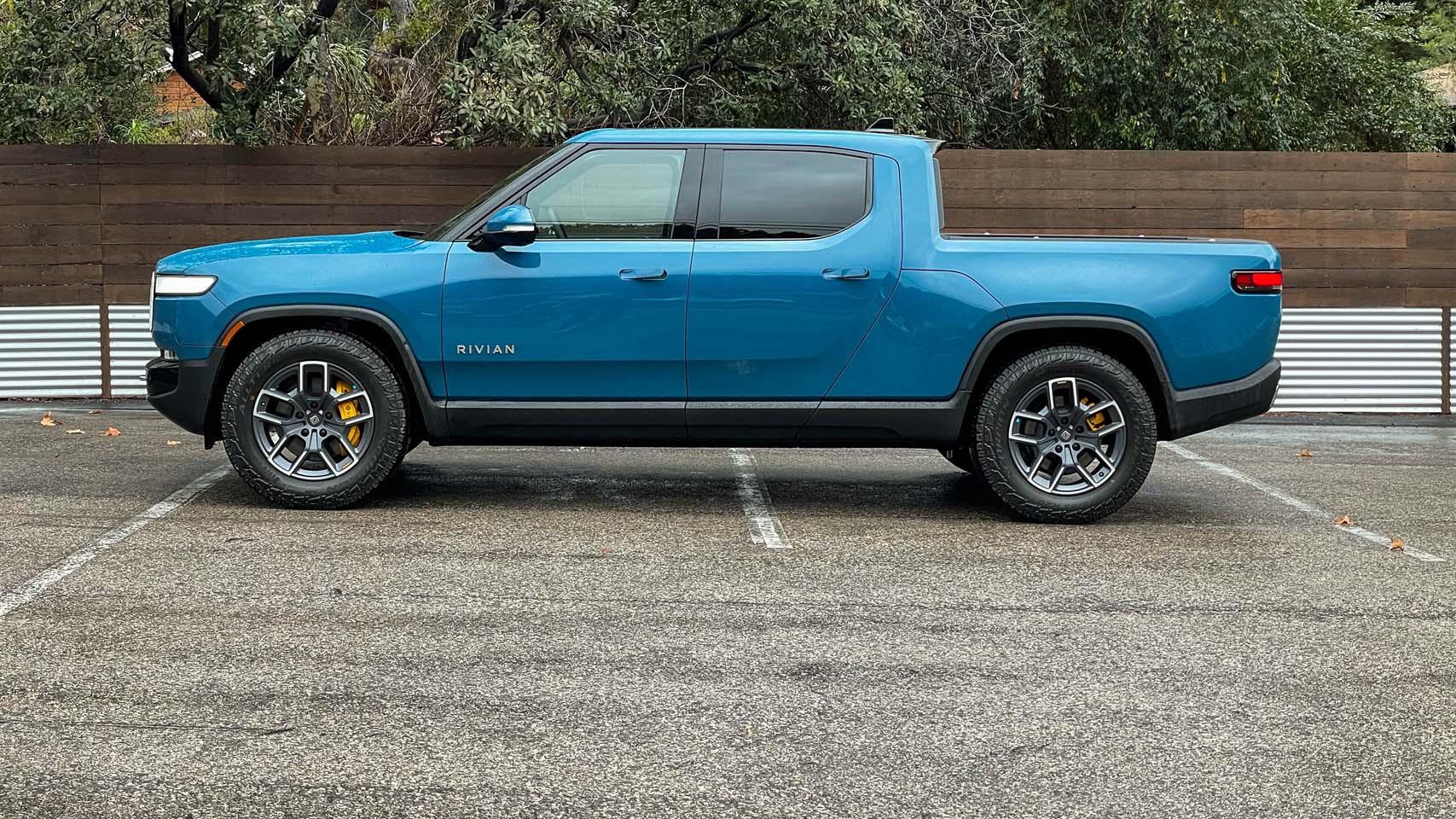 Try to separate Americans from their trucks, and you’ve got trouble.

The pickup is a staple of American culture, a symbol of self-sufficiency, and a tool for adventure. With the R1T electric truck, Rivian designed a product that builds on all three of those aspects, with some new twists that actually show off the strengths of going fully electric. It doesn’t defy convention like the Tesla Cybertruck; it embraces a format and levels it up in a way that truck owners will take note of—and as a finalist for Green Car Reports Best Car To Buy 2022, it's going to bring about a whole lot of change.

To Rivian, it’s a no-brainer that outdoorsy adventure types will embrace quiet, all-electric off-roading free of tailpipe emissions; and that they’ll want to be part of a Membership that encourages activities and a brand that nurtures preservation and giving back. It’s Jeep for card-carrying Sierra Club eco-warriors, with some Patagonia baked in from the start.

For the U.S. Big Three—GM, Ford, and Ram—we know an electric pickup was on the drawing board, a “maybe” for some undefined future development schedule and release date. But it was Rivian’s showing of a clearly production-bound prototype at the 2018 LA auto show—and a hand-me-down former Mitsubishi assembly plant in Illinois—that spurred them into action. With ensuing big-money investments from Amazon and Ford in 2019, it was “game on.”

We understand why nobody else had taken the leap yet—not even Tesla. The shape of pickups and the need to scale all the components up to handle their occasional towing and hauling needs make them potentially inefficient beasts the rest of the time. Given that it won’t be an efficiency leader, if an electric truck doesn’t make a performance or hauling statement from the get-go, what’s the point?

Those seem to be ideas that Rivian understood from the start. With a 11,000-lb tow rating and a 0-60 mph acceleration time of around three seconds, it’s quick and capable. A four-motor propulsion system—the first yet in any production EV—provides a total of more than 800 horsepower and more than 900 lb-ft of torque. Inputs to the steering wheel and the accelerator and brake pedals are precise and predictable.

The R1T offers off-road capability, and then some. Up to 15 inches of ground clearance and four off-road modes (including Rally and Drift) give it the chops for whatever you might encounter—including a road-oriented Sport mode that lowers its ride height. A height-adjustable air suspension with adaptive dampers and hydraulically actuated roll suppression helps give this truck all it needs to roll with the punches and yet quell body motions, feeling soft and serene the rest of the time.

Rivian's battery packs are, next to all but the hulking GMC Hummer EV, humongous. The Large Pack, at 135 kwh, powers the debut version, and it’s earned the R1T a 314-mile EPA range rating. A 180-kwh Max Pack costs $10,000 more and is aiming for more than 400 miles, while a base pack will check in at 105 kwh at some later date. The R1T even switches into a front-drive truck in its Conserve mode, which helps eke the most range out on the highway.

The interface is almost simplified to a Tesla ‘T’ but supplementing with a few more physical switches. It feels just the right amount of futuristic yet functional and forthright. Some will gripe about the lack of Apple CarPlay and Android Auto, but with integrated Spotify here it’s not sorely missed. The cabin isn’t luxurious like a Mercedes or a GMC Denali, but it’s very, very nice—far closer to Volvo or Land Rover in the aesthetic than existing mass-market pickups.

The R1T’s cabin and bed are loaded with thoughtful cargo touches, including a large frunk and a gear tunnel behind and below the back seats that runs across the width of the vehicle—intersected by a pass-through from the cabin. Accessories like a $5,000 camp kitchen and the Bluetooth speaker that docks at the center console when not in use deliver the experience on-brand.

Trucks are a profit center for automakers, and giving up even a smaller piece of the pie today could be a big issue in the future. Now, there will be many electric trucks, arriving sooner, not later. A Ford F-150 Lightning is on the way in 2022, and electric versions of the Chevy Silverado, GMC Sierra, and Ram 1500 aren’t far behind—plus many more. But Rivian will be the first, and that's huge.