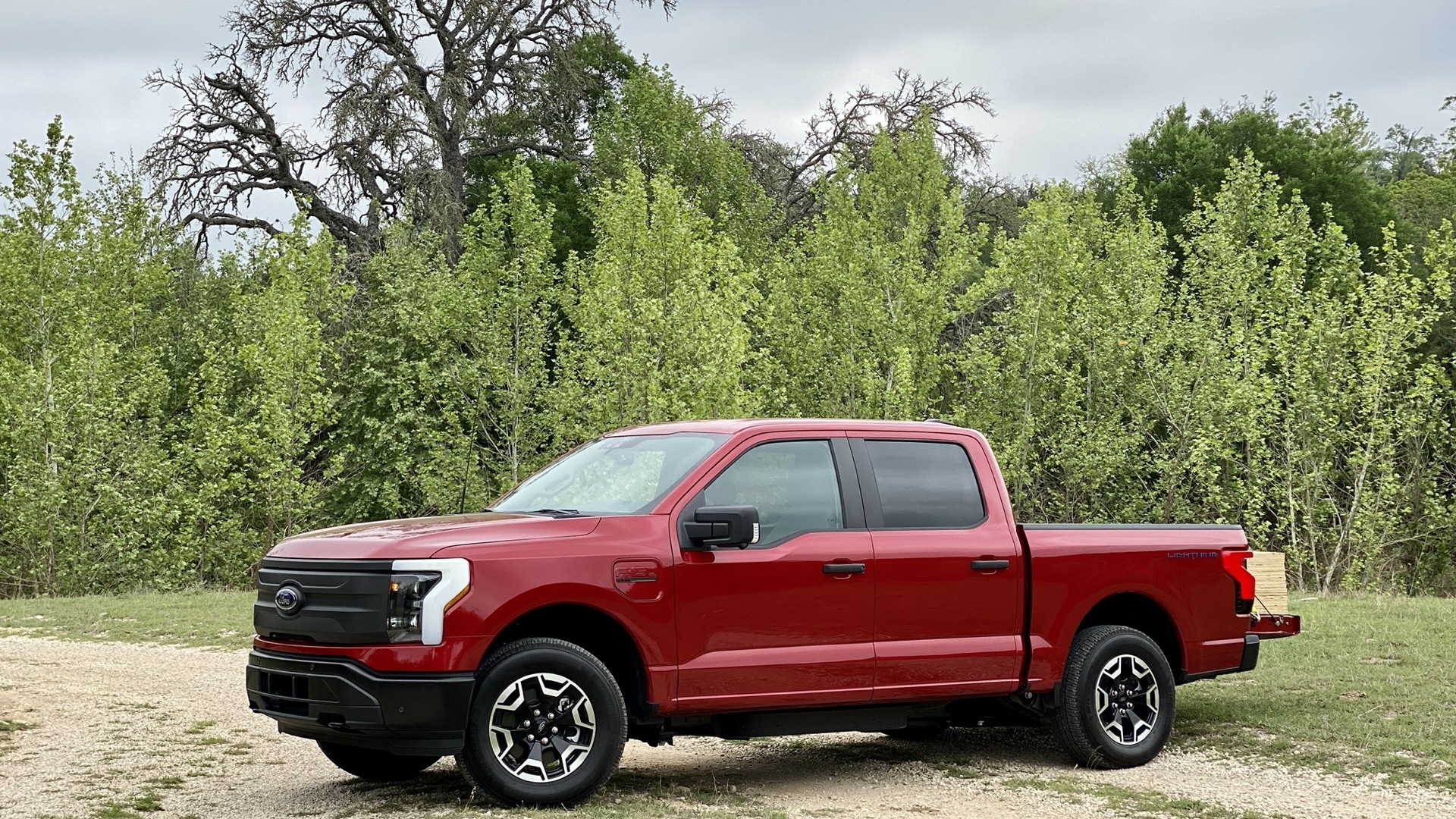 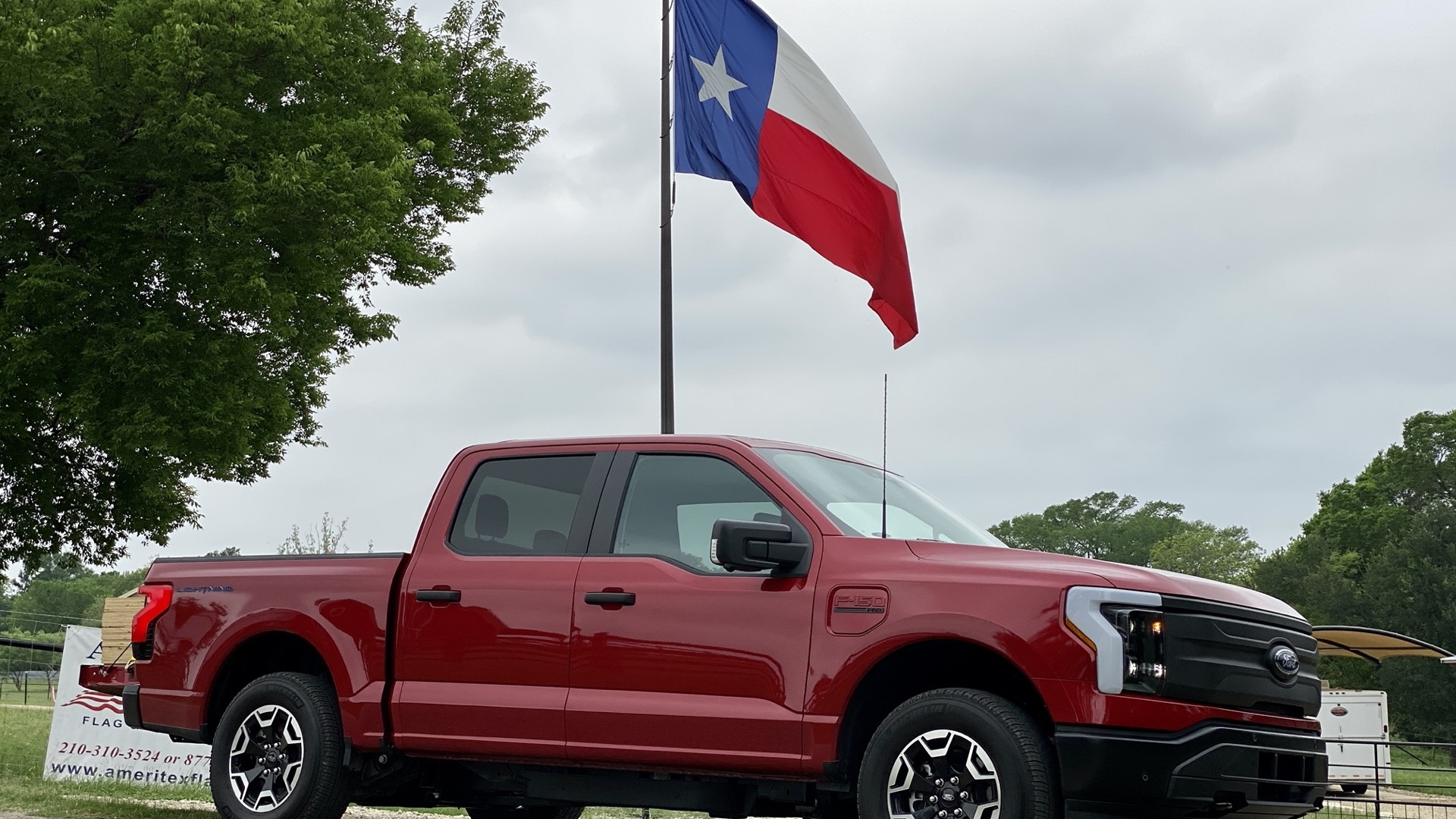 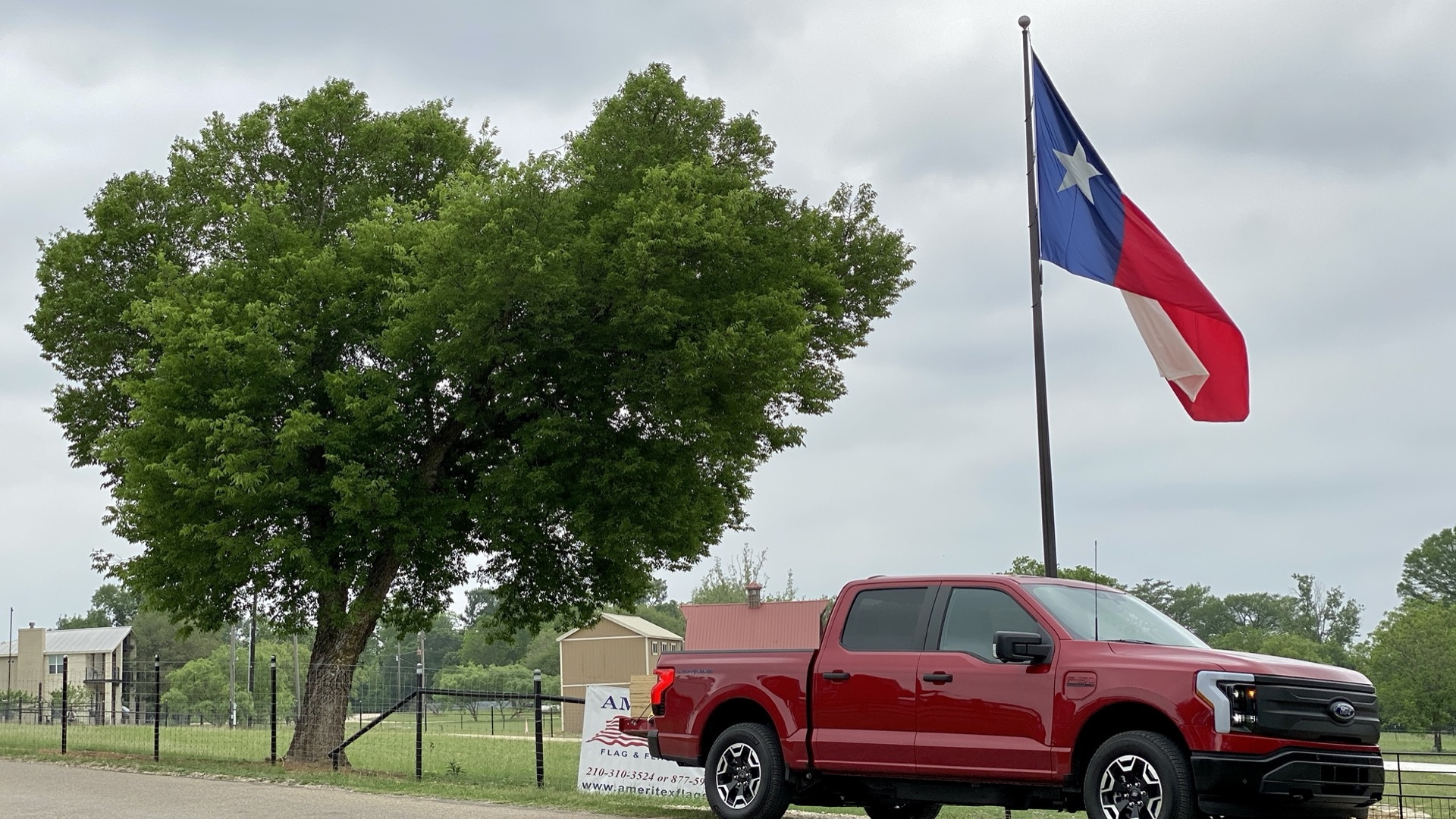 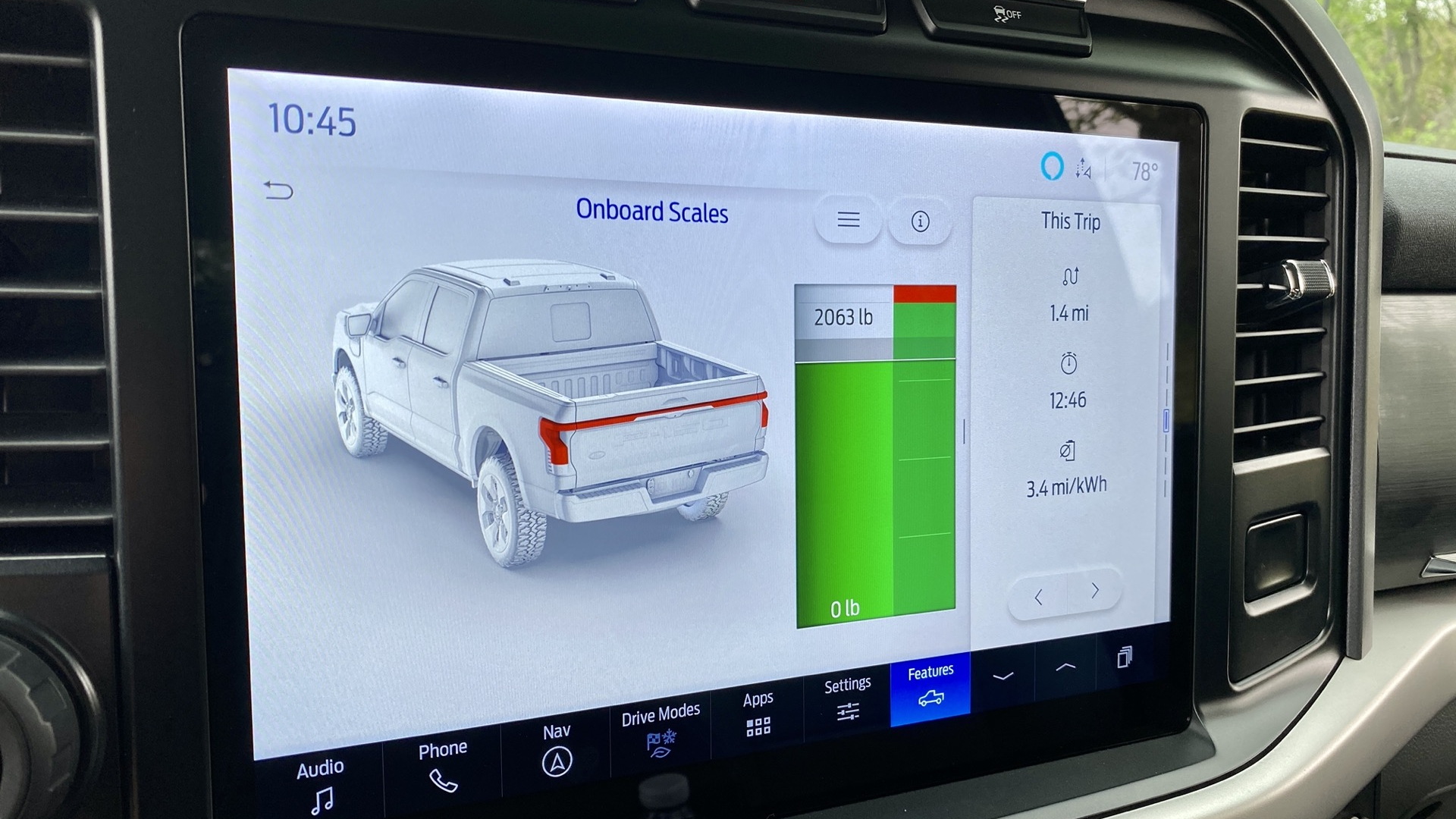 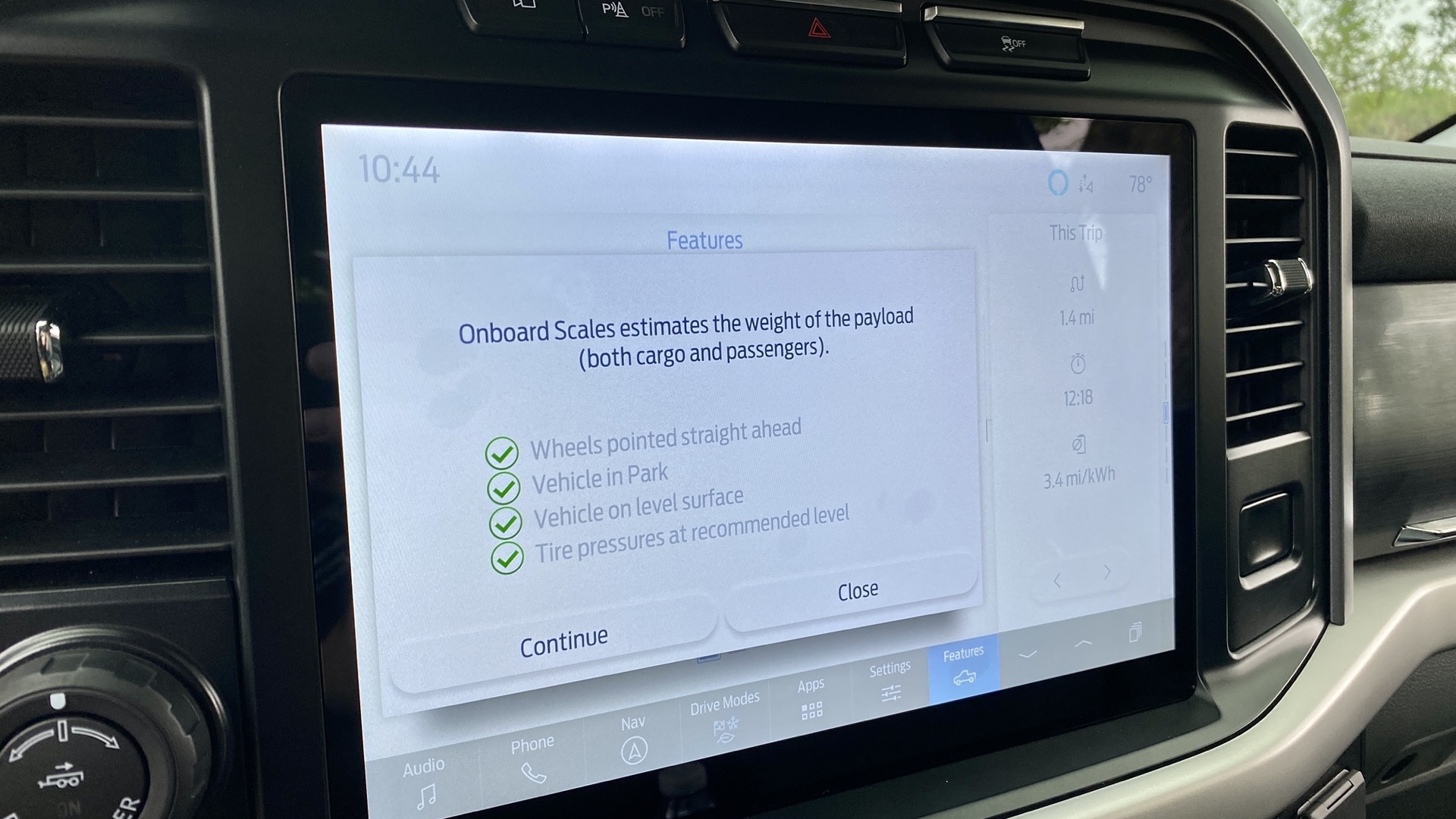 The 2022 Ford F-150 Lightning is not evolutionary in design or concept, yet the electric pickup truck’s success could be revolutionary.

When the Tesla Model S launched, every automaker took notice. The Rivian R1T had a similar effect in rethinking what a lifestyle pickup truck can be and do. To a lesser but no less important extent, the Hyundai Ioniq 5 and Kia EV6 have had a similar impact in reimagining what a passenger vehicle can be.

Actually, the two primary barriers from enjoying the F-150 Lightning, versus the gasoline version, have nothing to do with the truck itself: planning out charging in advance, and being able to take delivery of a Lightning some time before 2023. Earlier this year Ford announced it would nearly double production to 150,000 Lightnings for the 2023 model year. If you weren’t one of the first 200,000 reservation holders, you’ll have to wait until the 2023 reservation system reopens, sometime this summer. If you were, and you converted it to an order, the F-150 Lightning has only gotten better.

Last week, in advance of the media first drives, Ford announced higher final horsepower and payload specs than originally anticipated. Versions of the Lightning with the 131-kwh extended-range battery pack deliver 580 hp, up from the original 563-hp estimate. Those with the 98-kwh standard-range battery pack make 452 hp, up from 426. Max payload with the standard-range battery increased 235 lb to 2,235 lb, which is more than all but the base Silverado 1500 Work Truck and Ram Tradesman with rear-wheel drive.

Ford said the power increases came from the latest motor calibrations and the substantial payload increase came from weight reductions throughout the development phases of the truck. The curb weight for the extended-range model I tested was estimated to be 6,590 lb for preproduction models, though Ford wouldn’t confirm it. The on-road portion of most of my test drive came in the top, heaviest Platinum trim. It weighs a bit less than the Rivian R1T, and is a feather compared to the 9,000+ lb GMC Hummer EV.

The F-150 Lightning zips from 0-60 mph in the mid-four second range, according to Ford, and it feels improbably quicker due to the ride height and big and boxy truck surroundings. Both battery pack sizes produce 775 lb-ft of torque, more than any other F-150, and all that instant torque’s gonna get you, going to punch you right in the gut. It chirped the tires on the 22-inch wheels more than once.

More improbable than the quickness was the calm and quiet ride quality. The big side mirrors and big wheels made for some road and wind noise, but the overall intrusion into the cabin was nothing like other trucks. Further, the big battery pack suspended within the frame made for a low center of gravity, and the independent rear suspension with coil-over springs with trailing arms kept the unladen, 5-foot-six bed planted, even at highway speeds. There was no bounce from the bed, no jounce from road bumps. Despite plenty of lean in turns, it rode around the Texas hill country outside San Antonio like a crossover SUV, despite its body-on-frame platform.

The platform is in fact different from gas and hybrid F-150s. The frame is wider to fit the battery pack suspended between it, and thicker cross members made of high-strength steel both gird and shield the pack. The independent rear suspension with coil-over springs is new—a first but certainly not the last for an F-150.

“The whole bottom of the truck is new,” said Darren Palmer, Ford VP of electric vehicle programs. “The motors are positioned deep within the frame, and the steering and braking system was modified completely to fit within the space around the frunk.”

Palmer said the new frame was the strongest Ford ever made. Towing a 9,500-lb trailer loaded with casks of wine proved its strength, as well as the excellent capability of the motors. There was no denying the weight behind me, yet it never strained on uphills or felt like it was pushing on downhills.

The scales are in the cloud

Same was true for a tightly secured payload of 1,500 lb of 4x8 plywood sheets. The onboard scales weighed in at 2,036 lb via the touchscreen display, 200 lb shy of the Lightning’s payload capacity. I would’ve had no idea otherwise. The weight gets sent to the cloud and used to calculate range, in a feature that alone could sway me over the competition. The towing range also collects real time data and factors in terrain, driving style, temperature, and elevation, and gets smarter about its estimates, especially when using different tow profiles. With the heavy payload, the rear didn’t sag.

The upper half is much the same as any other F-150 in look and feel. “Just the A-pillar back is common,” Palmer explained.

The front window step remains, the crease above the door rockers runs between 18-inch to 22-inch wheels, the standard crew cab carries over, and the box with tie downs, bed lighting, retractable step and handle all remain the same so Ford owners can apply their bed and roof accessories from their gas F-150 to this one. The only visual difference up top is the rear lightbar bridging the power tailgate, and connecting two thick LED taillights shaped like question marks, and housing the innovative on-board scales. Then there’s the badging. And the frunk.

Ford folks already love pointing out that this is not just any frunk, it’s a Mega Power frunk. The big front bay where an engine could have been is an excellent storage solution with 14.1 cubic feet of space and a payload of 400 lb. The hood rounds down all the way to the bumper, like the nose of a Mega Power tapir, yet a lightbar extends across the middle from the LED headlights, which are also shaped like those question marks, or futuristic 7s, depending on the angle.

Inside it feels even more familiar. Aside from the requisite electric battery gauges, it looked and felt like an F-150, down to the collapsible gear shifter in the console. I preferred the Pro and its 12.0-inch touchscreen. The horizontal display integrates with the dashboard better than the 15.5-inch touchscreen, with a vertical orientation, and a big volume dial in the lower half and most other controls housed within the screen. Pro and XLT models have a band of climate and audio dials and buttons that were refreshingly familiar. For half the price of a $90,874 Platinum, I’d opt for the Pro with the Tow Tech package and Pro Power Onboard 9.6-kw backup power system.

But here’s the rub, and it’s a big one: the Pro is only sold to non-fleet customers with the standard-range battery and its estimated range of 230 miles.

For the extended-range battery and four-wheel drive, as well as 320 miles of range (300 miles on Platinum) it’ll cost at least $72,474 for the XLT. That’s a whopping $19,500 difference between battery sizes in the XLT. The Lariat price difference is $10,000, with the Lariat extended range costing $77,474, which is nearly double the base Pro. Writing this made my heart sink.

Ford EVs still qualify for the $7,500 federal EV tax credit, depending on what you owe on your taxes. But still.

Fleets might not need the extra range, but I would expect the majority of customers to prefer it. That’s a huge and conspicuous price jump.

Some indicators on range, efficiency

On one calm 46-mile trip, averaging a hair under 60 mph, the Pro standard-range averaged 2.0 miles per kwh, according to the onboard computer. On another much less forgiving trip, with the a/c on, many hard starts, and a general on-road pounding, the F-150 Lightning Platinum with the extended range battery, it didn’t really vary. Over 95 miles at about 36 mph, it averaged 2.1 miles per kwh, according to the trip computer.

Calculating that out, based on the battery’s 131 kwh, that means about 260 miles of range—if you really feel confident using nearly every last one on the way to your destination.

On the road, Ford spots Lightning owners the first 250 kw on Electrify America’s DC fast-charging network, good for about three to four charges, by Ford’s estimate. DC fast-charging at up to 150 kw will go from 15-80% of charge in less than 45 minutes, with either pack size.

At home, charging times vary depending on amperage. On a basic Level 2 240-volt outlet rated at 30 amps, it will take about 15 hours to charge the standard pack from 15% to full, and 20 hours with the larger pack. Ford estimates 13 miles of range per hour of charge. With a 48-amp circuit, the time drops to 10 hours and 13 hours respectively, with about 20 miles of range per hour of charge. Each Ford EV comes with a 20-foot charge cord.

Ford encourages Lightning owners to install in their homes an 80-amp Charge Station Pro that comes with the bigger pack (it’ll cost standard-pack owners $1,310 extra). Charge times for the extended range drop to 8 hours, or about 30 miles per hour, but it makes no difference from the 48-amp unit with the standard range. It’s a necessary item, though, to step up to the full Home Integration System—an extra $3,895 plus installation, including inverter, disconnect switch, and battery pack. With Ford’s app, that helps the Lightning become its own power ecosystem—and a battery backup for your home.

There’s a lot the 2022 F-150 Lightning can become. At its core, however, it’s a damn good truck that happens to be electric. The future looks a whole lot brighter, if you can afford it.

--
Ford provided airfare and lodging for Green Car Reports to bring you this firsthand report.