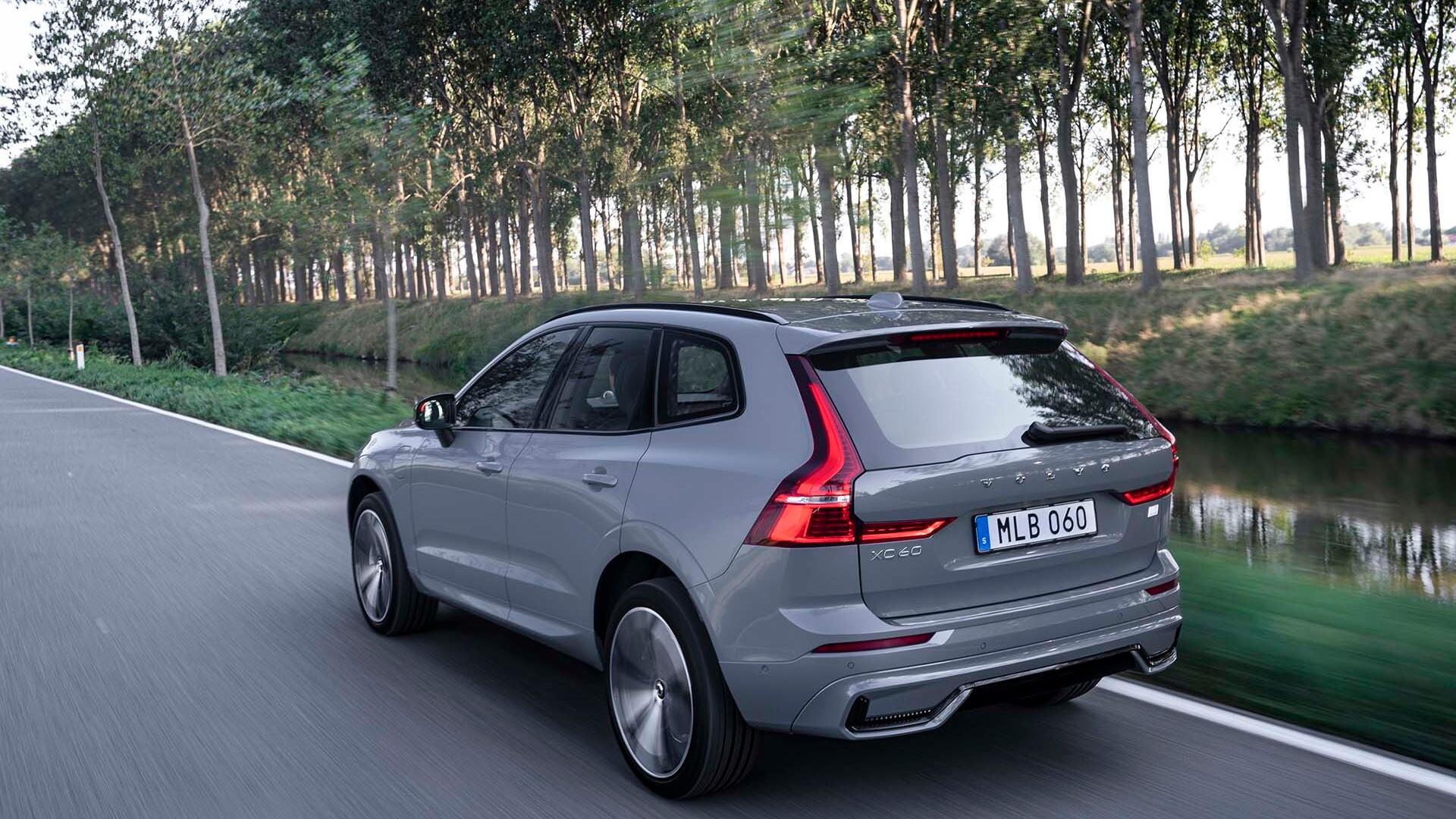 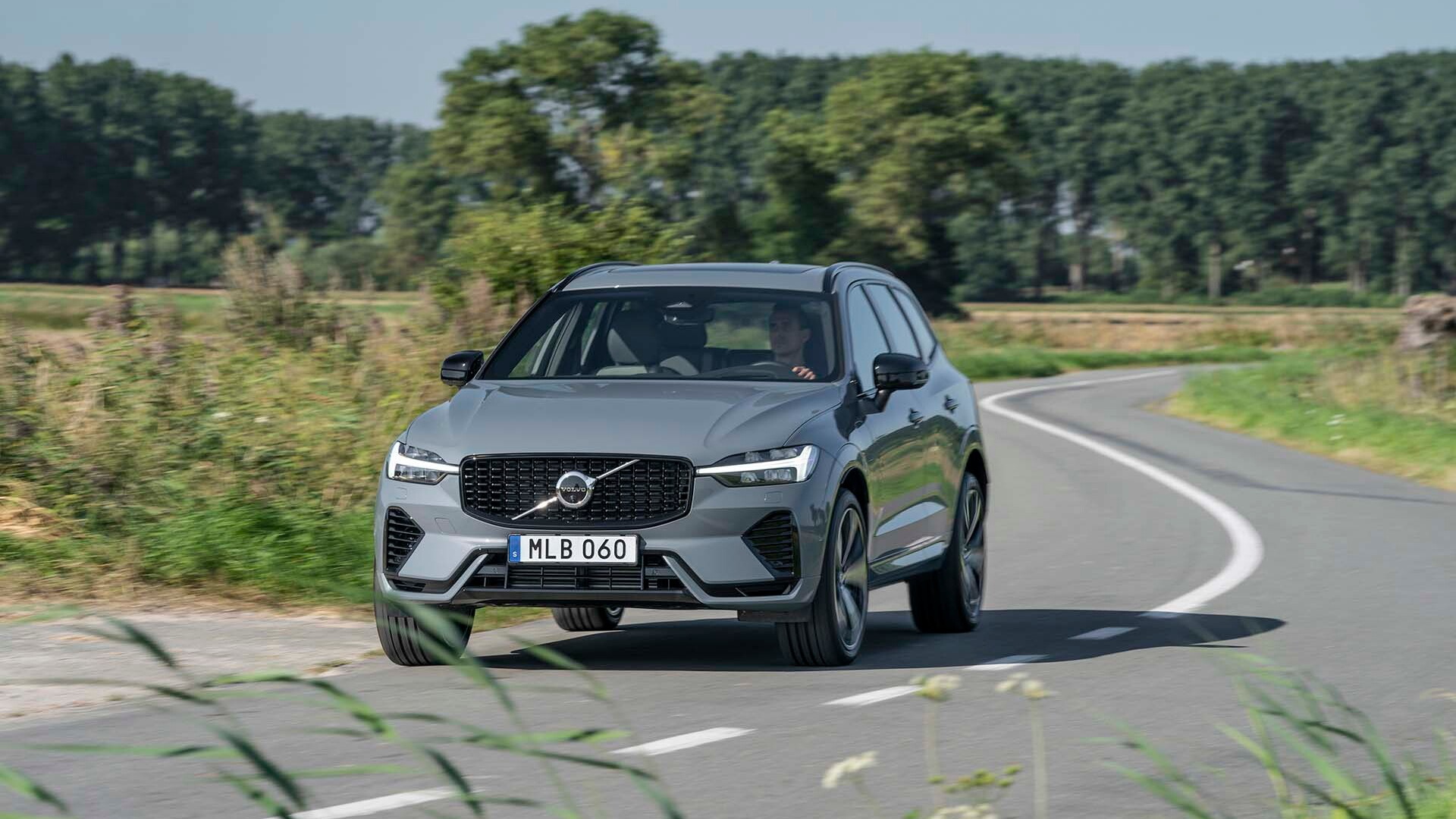 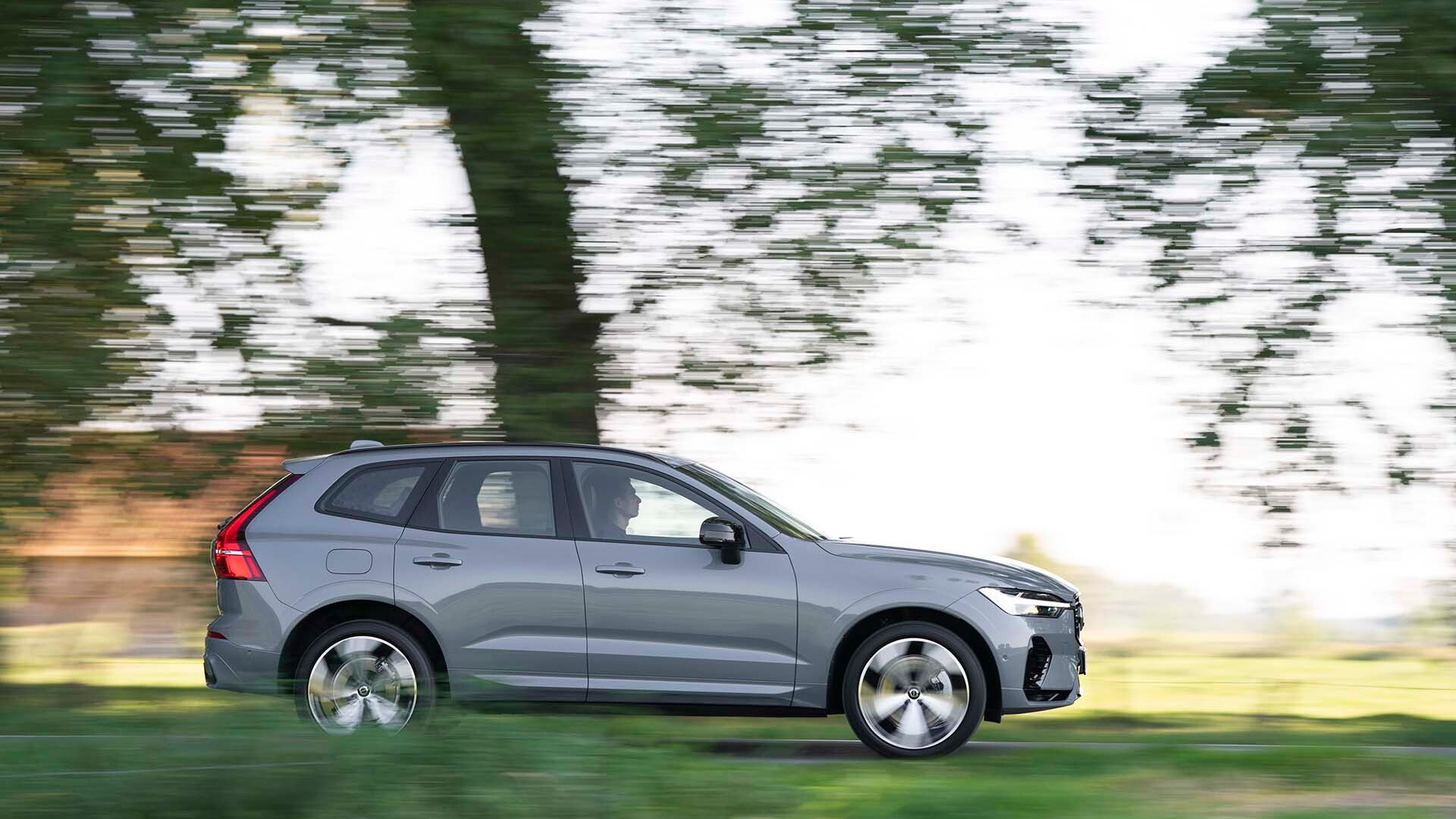 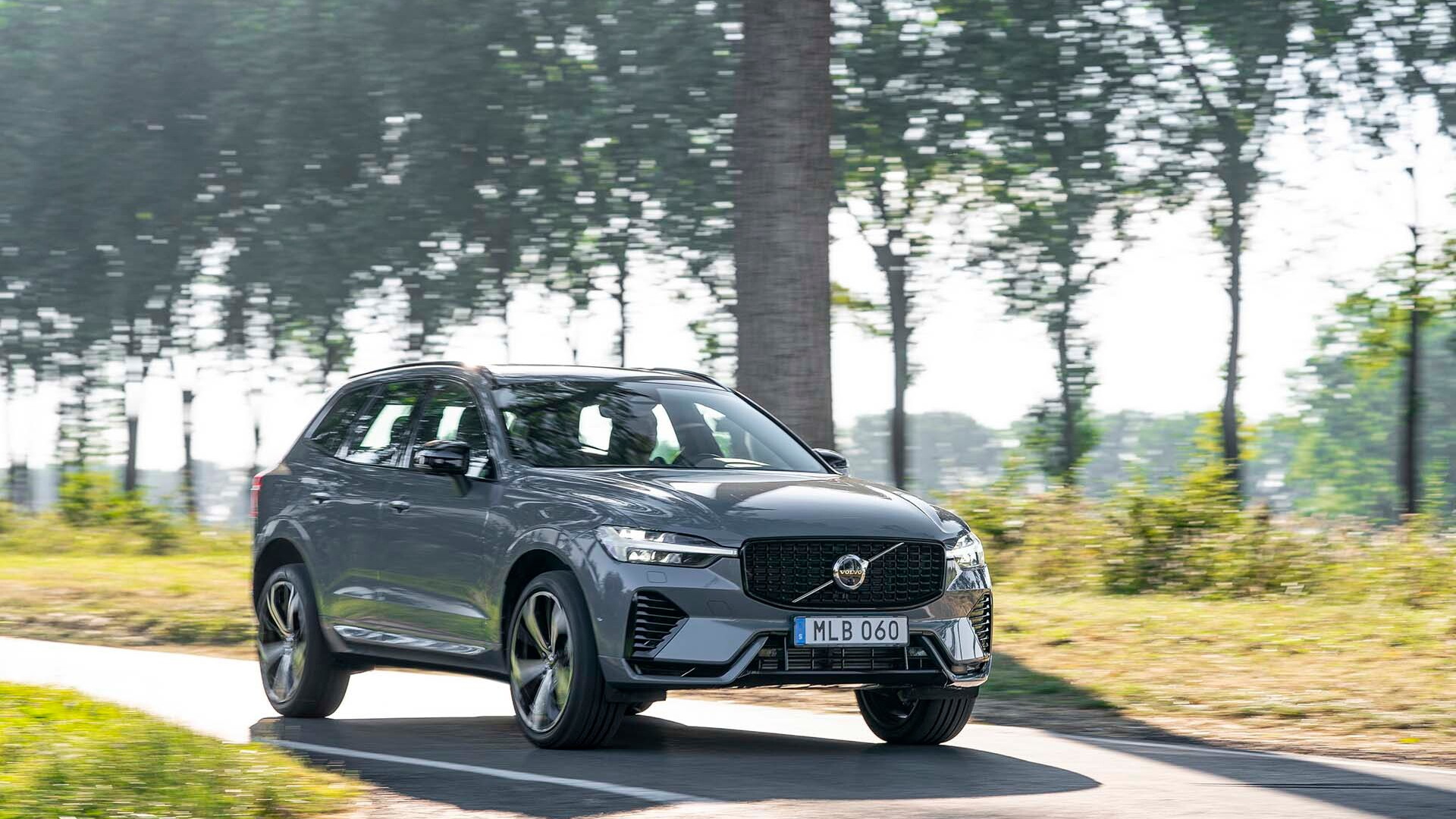 Volvo has said that it will make only electric cars by 2030. So what’s in store for its plug-in hybrids in the interim? Bigger batteries for more electric range.

While in Brussels, Belgium to drive the 2022 Volvo C40 Recharge I was given a first look—and some first drive time—at the 2022 Volvo XC60 Recharge T8 plug-in hybrid, which gets that plus more power, and an updated infotainment system. Volvo also anticipates a larger federal tax credit.

The 2022 Volvo XC60 plug-in hybrid arrives in the U.S. later this year or early in 2022. In the meantime, here’s what you need to know, and some first thoughts on where the driving experience changes and where it doesn't. 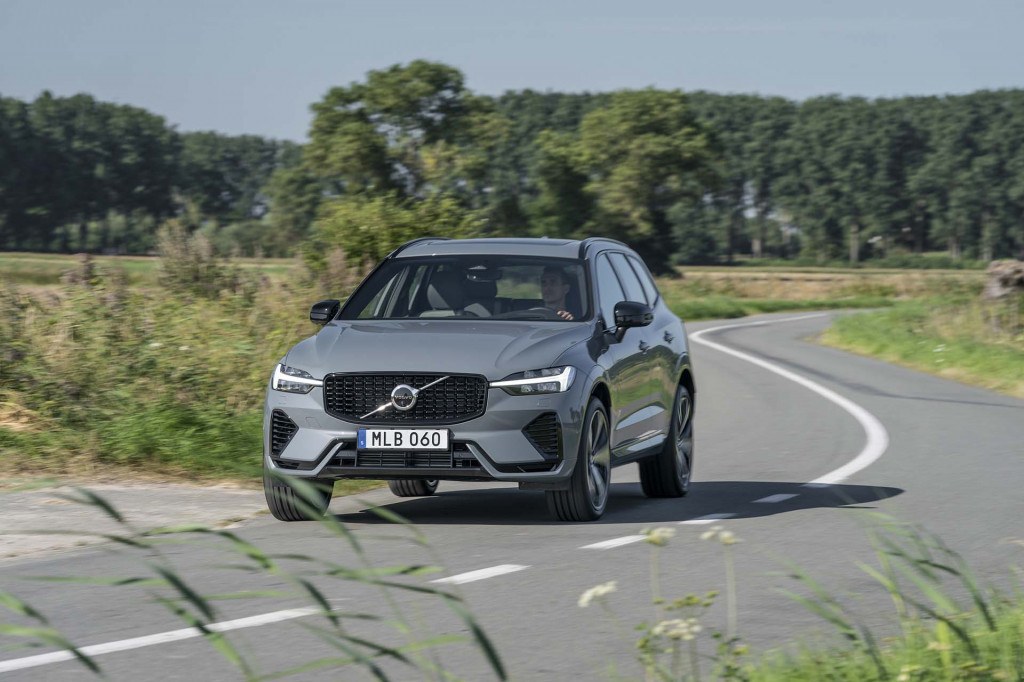 A more powerful electric motor on the rear axle ups output from 87 hp to 142 hp with total system output from the turbocharged and supercharged inline-4 and PHEV system jumping from 400 hp and 472 lb-ft of torque to 455 hp and 523 lb-ft of torque. While the gas engine isn’t more powerful, it’s been retuned with a new power curve to deliver more thrust at lower speeds.

What’s the real-world results from all these changes? Volvo said the XC60 PHEV will increase its all-electric driving range from 19 EPA-rated miles to an anticipated 32 miles, which is a jump of 68%, though the 57 MPGe rating is expected to carry over for 2022.

The larger battery pack and all-electric range is also expected to increase the XC60’s eligible federal tax credit status from the current $5,419 up to $,7,500.

With the larger battery, added power, and increased range comes a feature one can otherwise only find on a fully electric vehicle: one-pedal driving capability thanks to regenerative braking. For 2022 the XC60 plug-in hybrid finally gets this feature and Volvo calls it “one-pedal drive” as it does in the 2022 C40 Recharge. 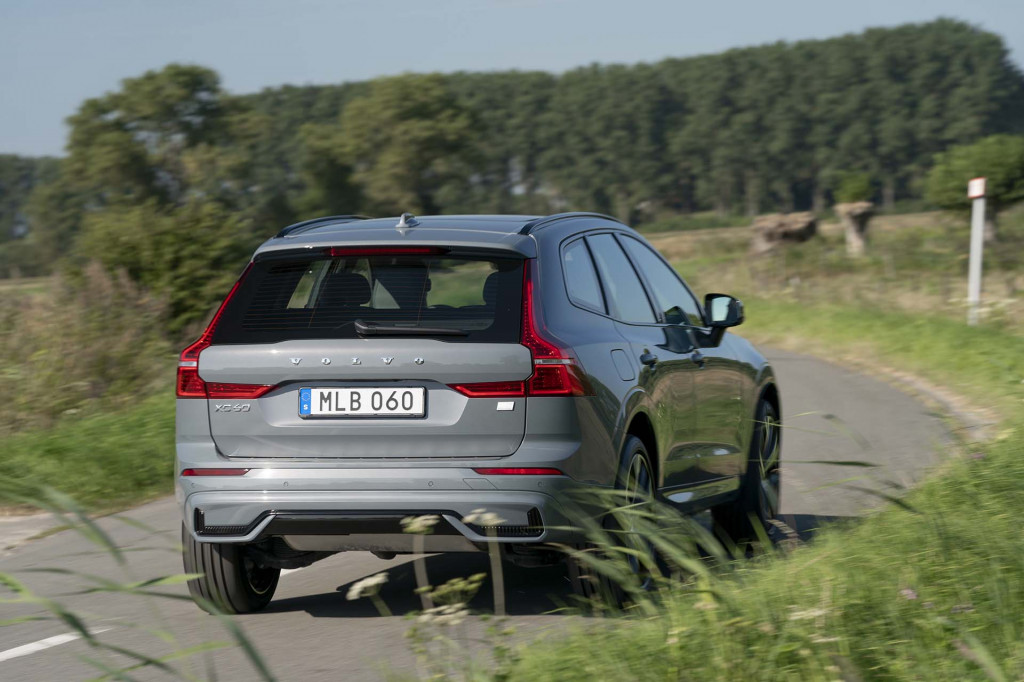 Smoother, more powerful, but not perfect

Volvo tossed me the keys to a Silver Dawn 2022 XC60 and as I pulled out of the Brussels airport two things became immediately clear about the upgraded PHEV: one-pedal driving has indeed arrived in Volvo’s plug-in hybrid, and the turbo-4 is smoother.

In my very unscientific test loop around the city of Brussels that included both highway and city driving the XC60 did go about 30 miles on electric power, with a caveat: As we observed in a recent drive of a 2021 XC90 plug-in hybrid, Volvo still won’t let you completely lock out the gasoline engine. Despite having a more powerful electric motor and larger battery pack, if the accelerator pedal is put to the floor, even while in all-electric Pure drive mode, the gas engine will kick in to provide extra juice. This same disappointment takes place in the Jeep Wrangler 4xe, but not in the Toyota RAV4 Prime.

The one-pedal feature with more regenerative braking works, but the deceleration force isn’t consistent in the way it is with the C40 Recharge. The system seemed to be speed-dependent (or perhaps gear-dependent) on the pre-production Euro-spec XC60 PHEV with more regen kicking in at speeds below 40 mph. The slower the speed the stronger the regenerative braking. It wasn’t possible to one-pedal decelerate the XC60 PHEV from highway speeds.

The entire powertrain’s been smoothed-over, with less-juddery transitions, more power at low speeds when the gas engine is running, and perhaps most welcome, more refined turbocharged and supercharged inline-4 under the hood. 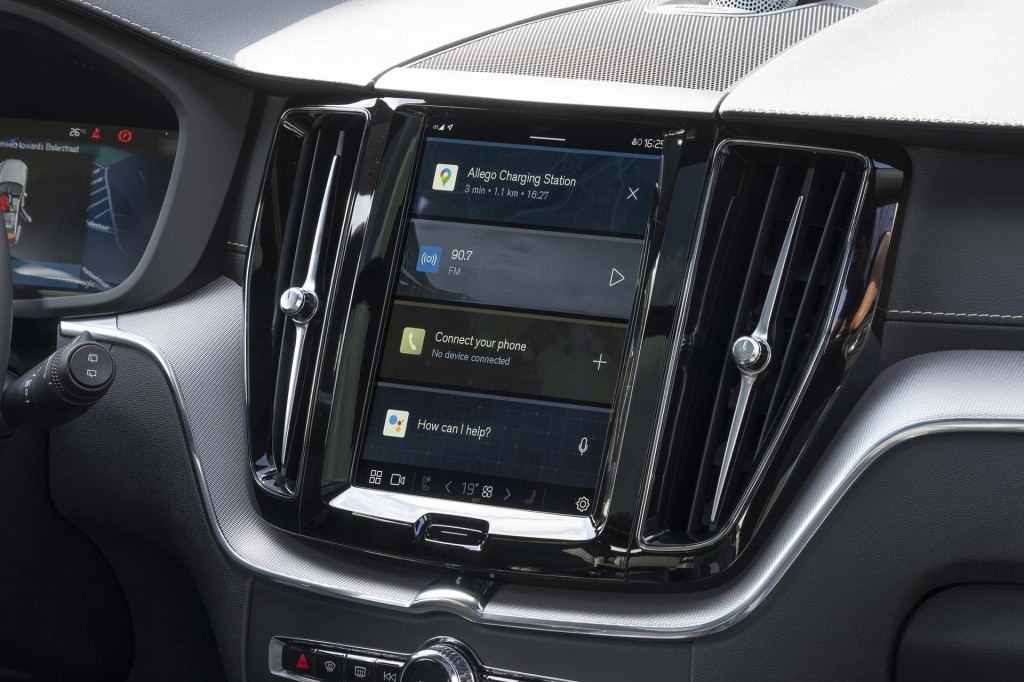 The infotainment system still features a 9.0-inch touchscreen, but it now runs on an Android-based operating system. Just as in the C40 Recharge, the system’s less capable in some ways than Volvo’s outgoing Sensus system. It can’t multitask by showing multiple apps running at the same time on the homescreen, rather apps are now always full-screen. Volvo UX design manager Anna Arasa Gaspar told GCR this was due to customer feedback and not a limitation of the software stack. iPhone users should note Volvo said Apple CarPlay wouldn’t be onboard at launch but will arrive at some point as an over-the-air software update. 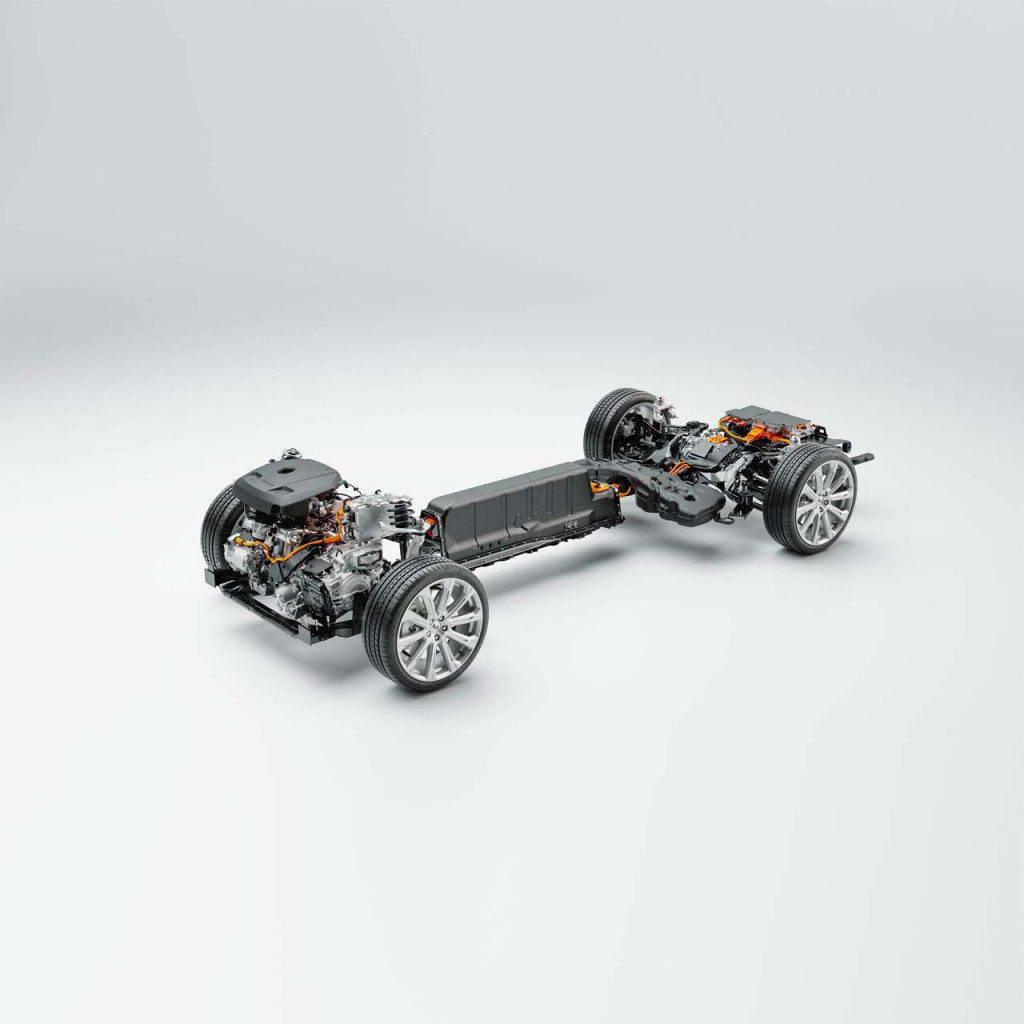 Better, with more to come

The 2022 XC60 plug-in hybrid is the first T8 PHEV Volvo to get the upgraded battery pack, motors, and infotainment system, but not the last. The S60, V60, XC90, and S90 will all get these same upgrades, though Volvo spokesperson Russell Datz told GCR timing is unclear and some will be 2022s while others might be for the 2023 model year.

With more all-electric range, more power, and a new yet somewhat compromised infotainment system, the updated 2022 XC60 is more of everything wrapped in one of the prettiest designs in the segment.

Will all those “mores” cost more money? Volvo boosted its plug-in hybrid sales by giving them a big price reduction for 2021; and with so much about PHEVs depending on the numbers, we won’t be able to say how these improved models pencil out until closer to market launch.

Volvo flew me to Brussels, Belgium, and then had me change hotels three times in three days so we could bring you this first drive review.