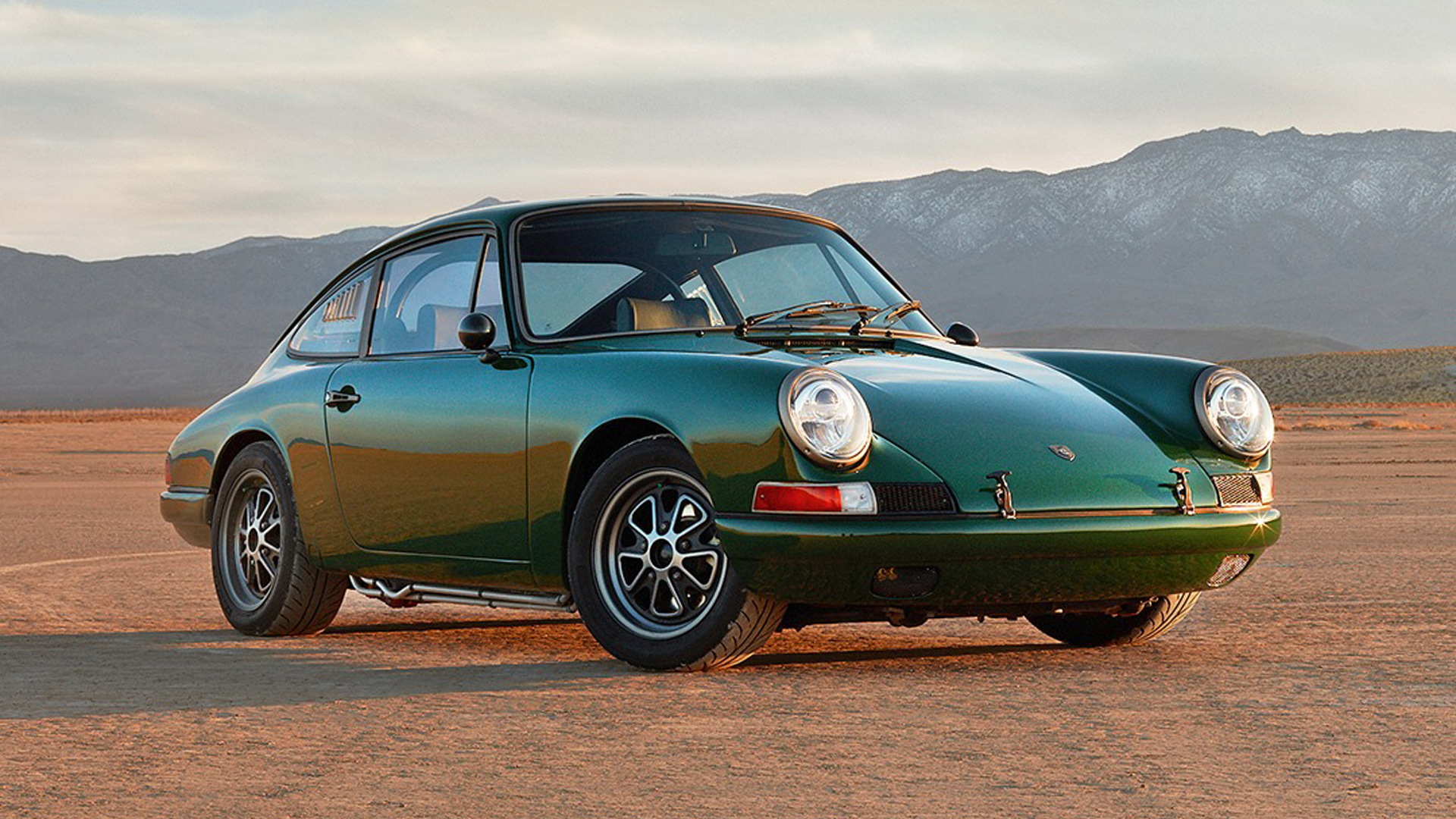 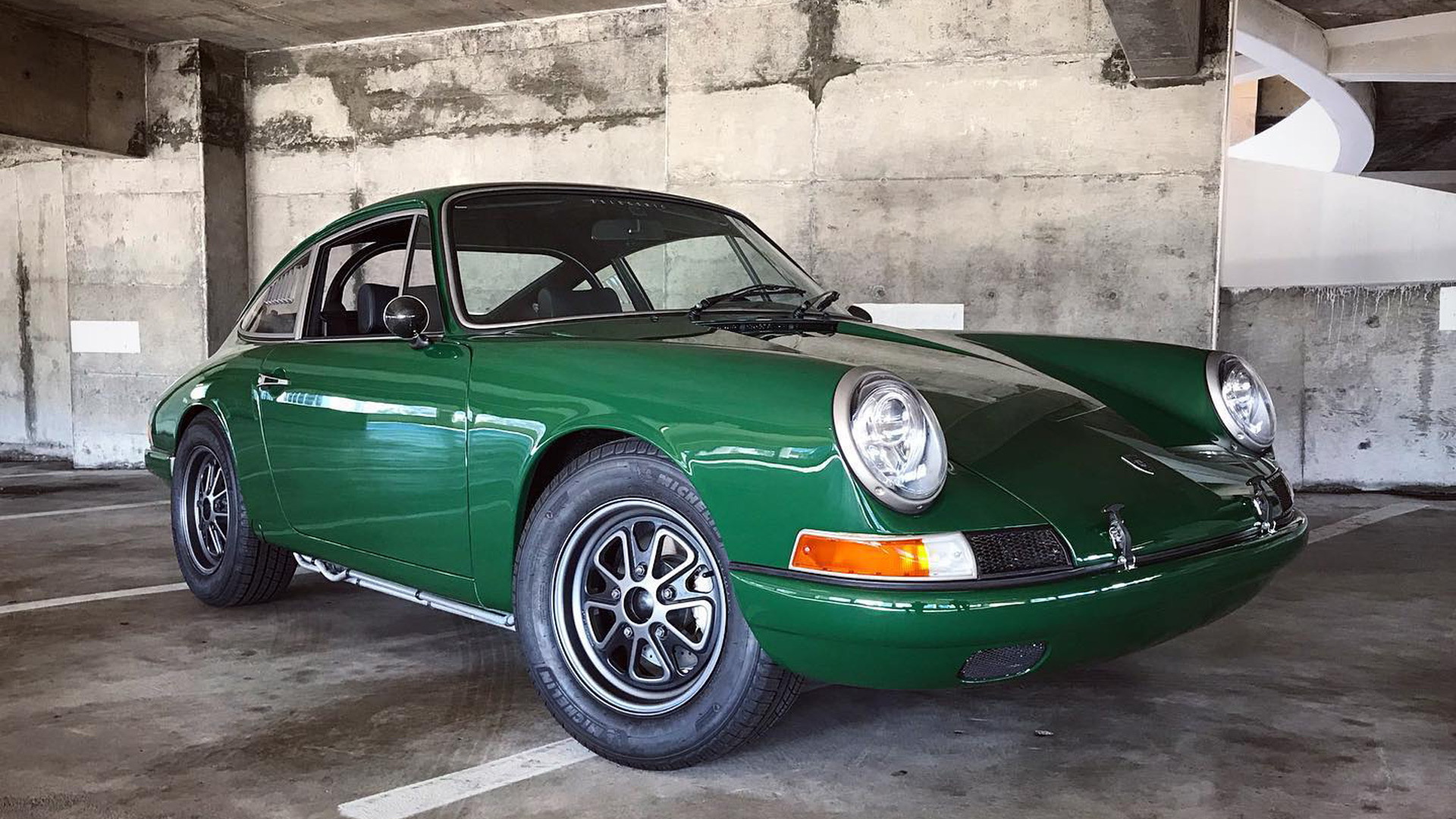 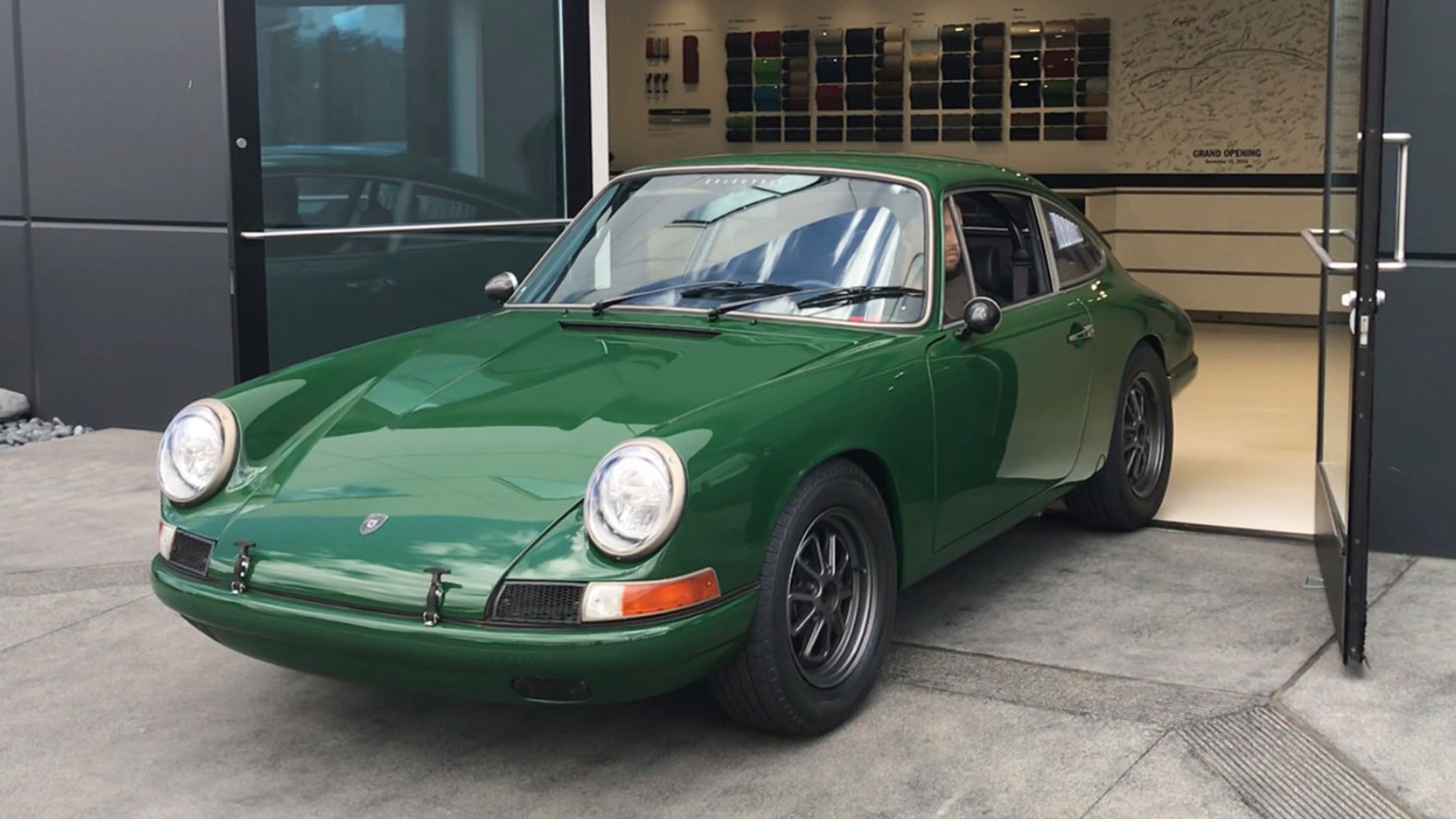 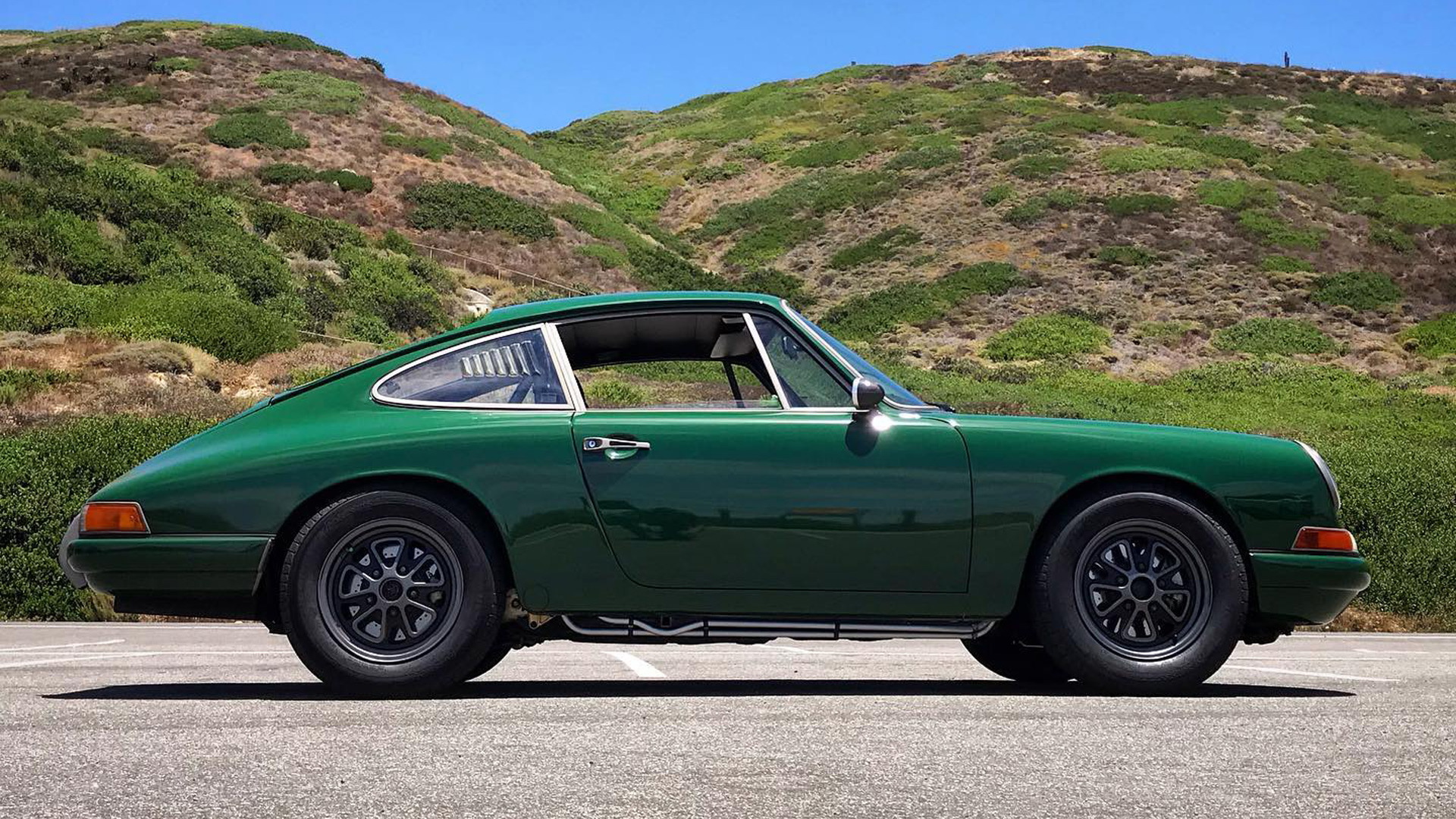 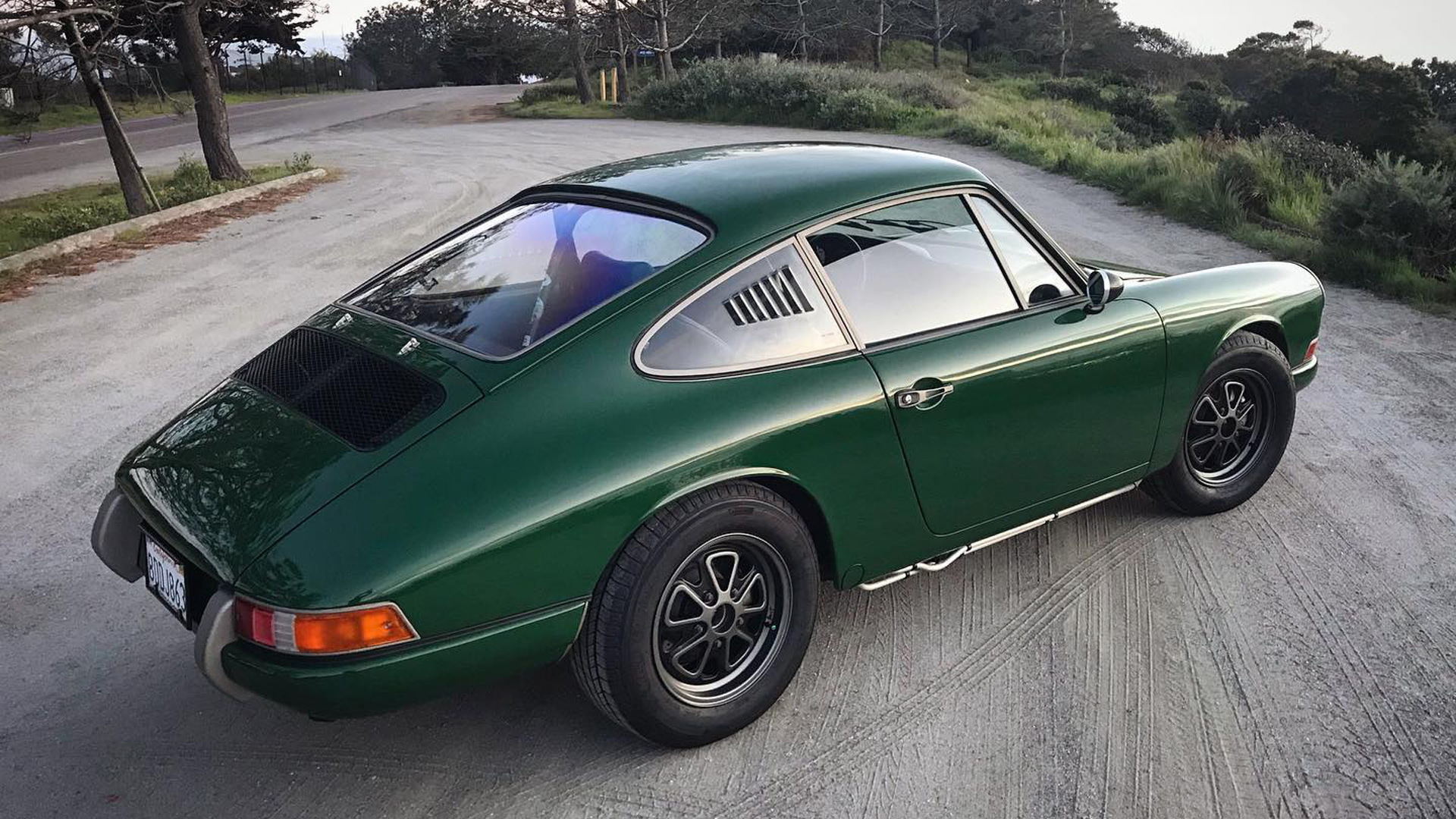 California-based Zelectric specializes in electric conversions of classic cars. Recently shown on Jay Leno's Garage, its latest creation is a 1968 Porsche 912, but instead of a Taycan motor, this vintage sports car relies on Tesla Model S power.

Like the stock 912 (which used the same body shell as the more prolific 911, but with a 4-cylinder engine), the power unit sits in the back, and drives the rear wheels. The rear-mounted motor fits in about the same location it would in a Tesla, and only adds 300 pounds over the stock curb weight. It also takes up less room, so the Porsche now has a proper rear trunk.

However, at an estimated 2,505 pounds—partly due to just 32 kwh of batteries, split in two locations, the electric 912 is about half the weight of a Model S. The Tesla motor makes 536 horsepower, vastly more than the roughly 90 hp of the stock flat-4 gasoline engine. It will get the electric 912 up to about 135 mph, according to Zelectric, which noted that some suspension and brake upgrades were done as part of the conversion.

And Porschephiles need not worry about Zelectric altering a pristine car. The company doesn't cut or weld anything, so it's possible to convert the car back to gasoline power.

The pack provides about 140 miles of range when driven normally, or 120 miles if you put your foot down. A full recharge takes about five hours.

Zelectric is planning a 45-kwh version, however, and plans to show a Tesla-based 1965 Ford Mustang conversion at the annual SEMA show this fall, with an estimated 250-mile range.

It's also possible to do a lower-cost DIY conversion. Last year YouTube channel Rich Rebuilds showed how it could make an electric Mini Cooper with a $3,000 budget—although most conversions start at about 10 times that including labor.

General Motors has already teased something like that in the form of its eCrate package, which uses Chevrolet Bolt EV components. And it recently hinted a crate package will eventually arrive for its Ultium motor and propulsion family.

Watch the whole video below for more info about the car, as well as some Tesla talk.