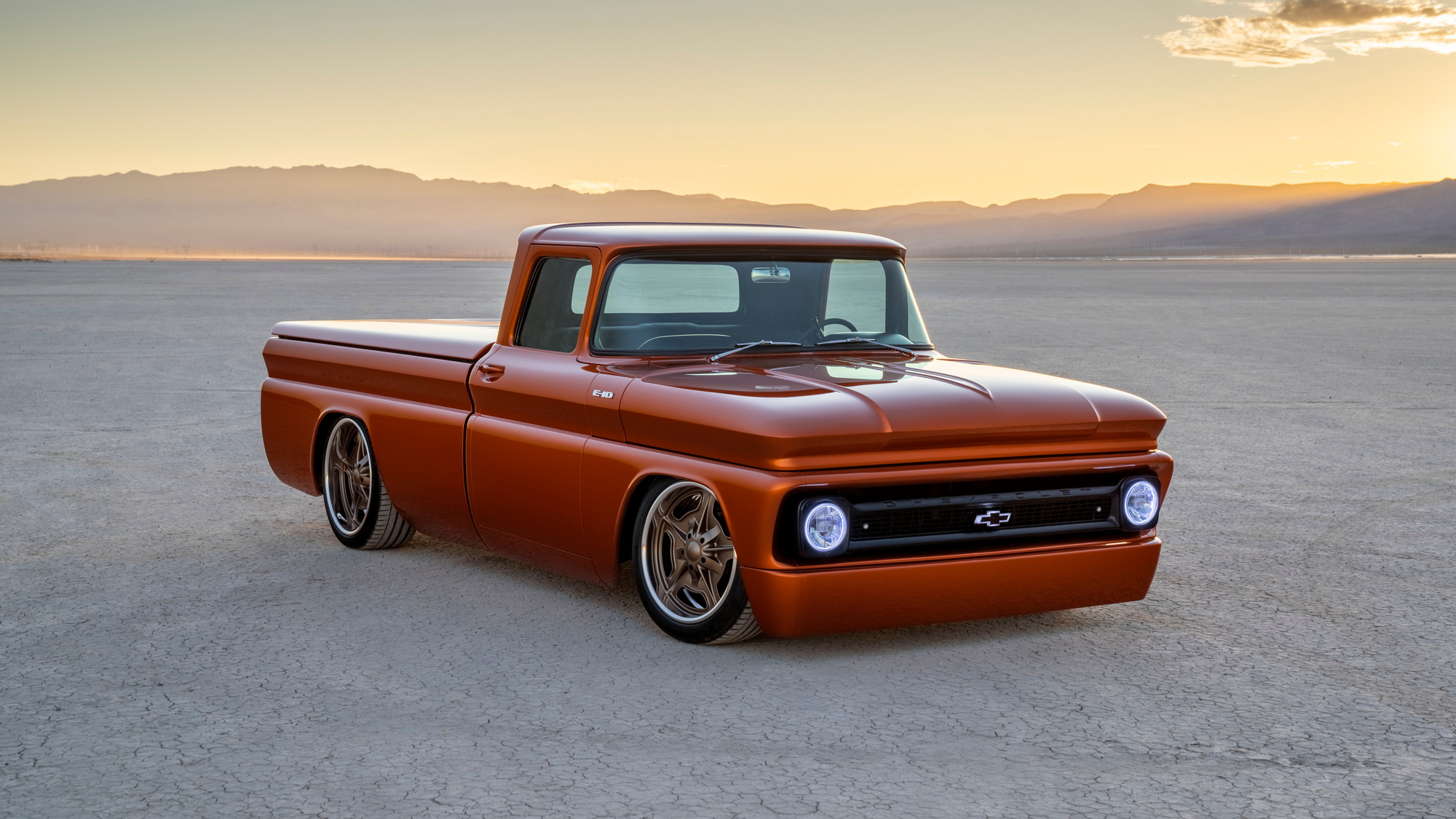 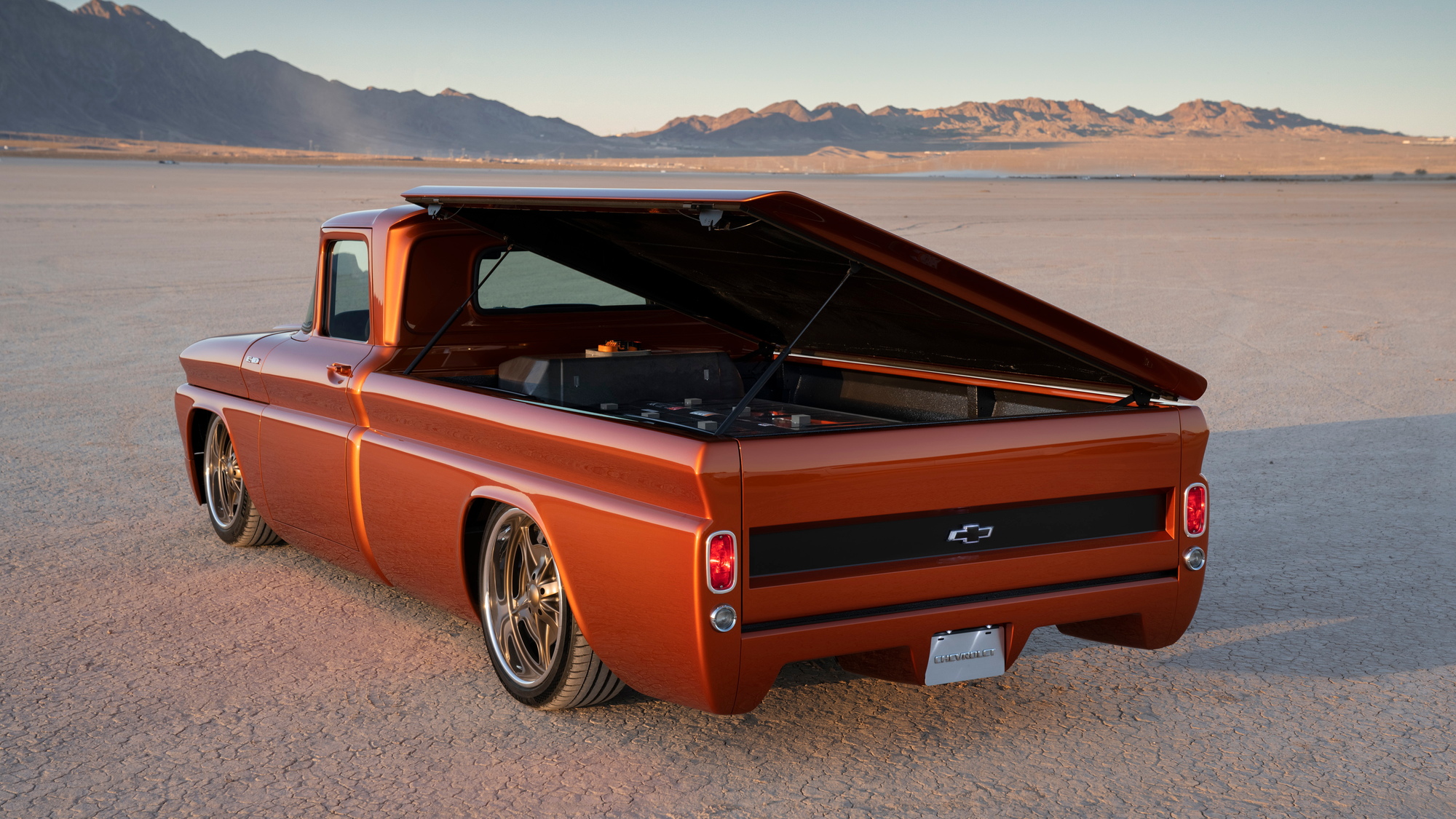 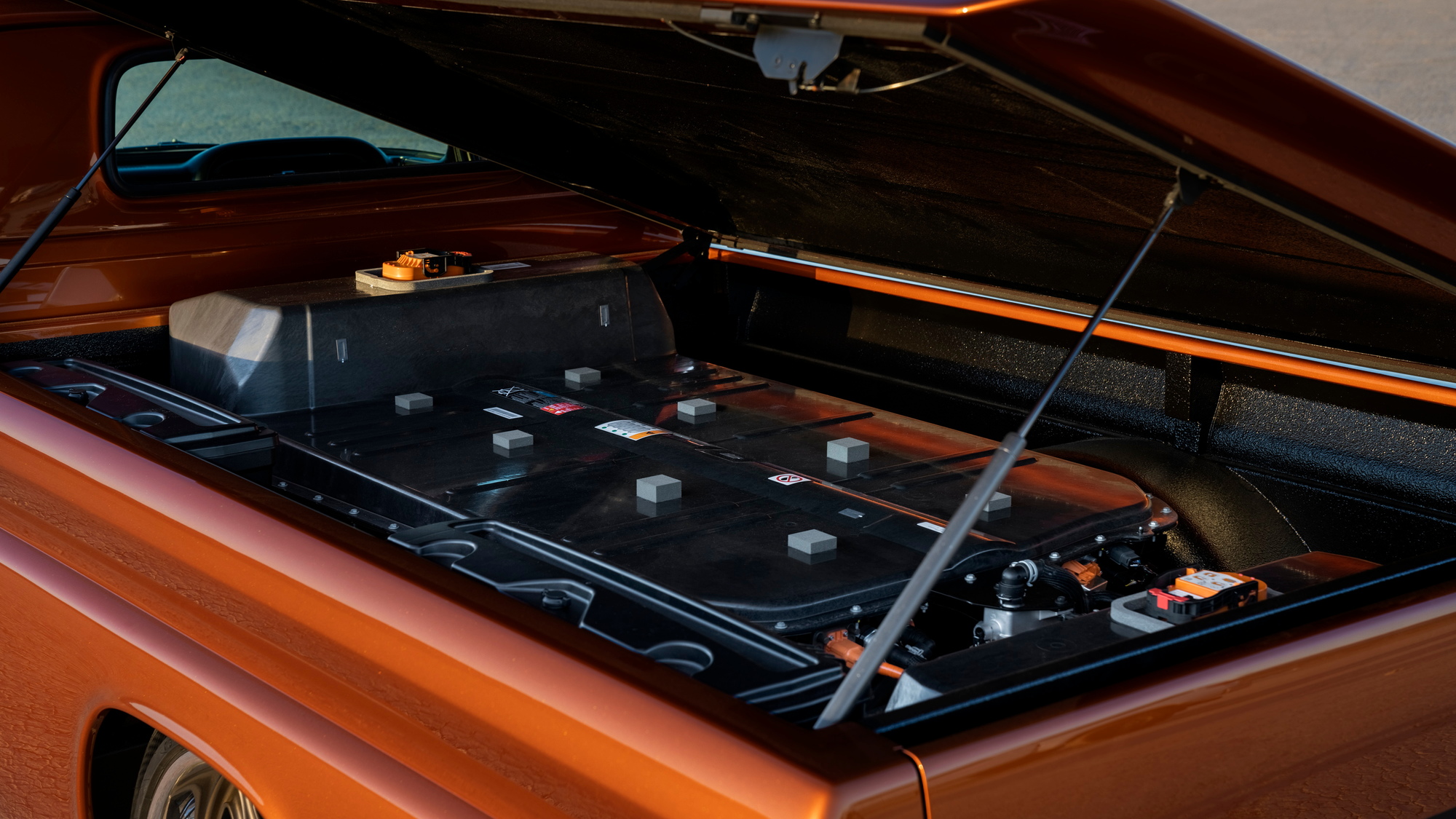 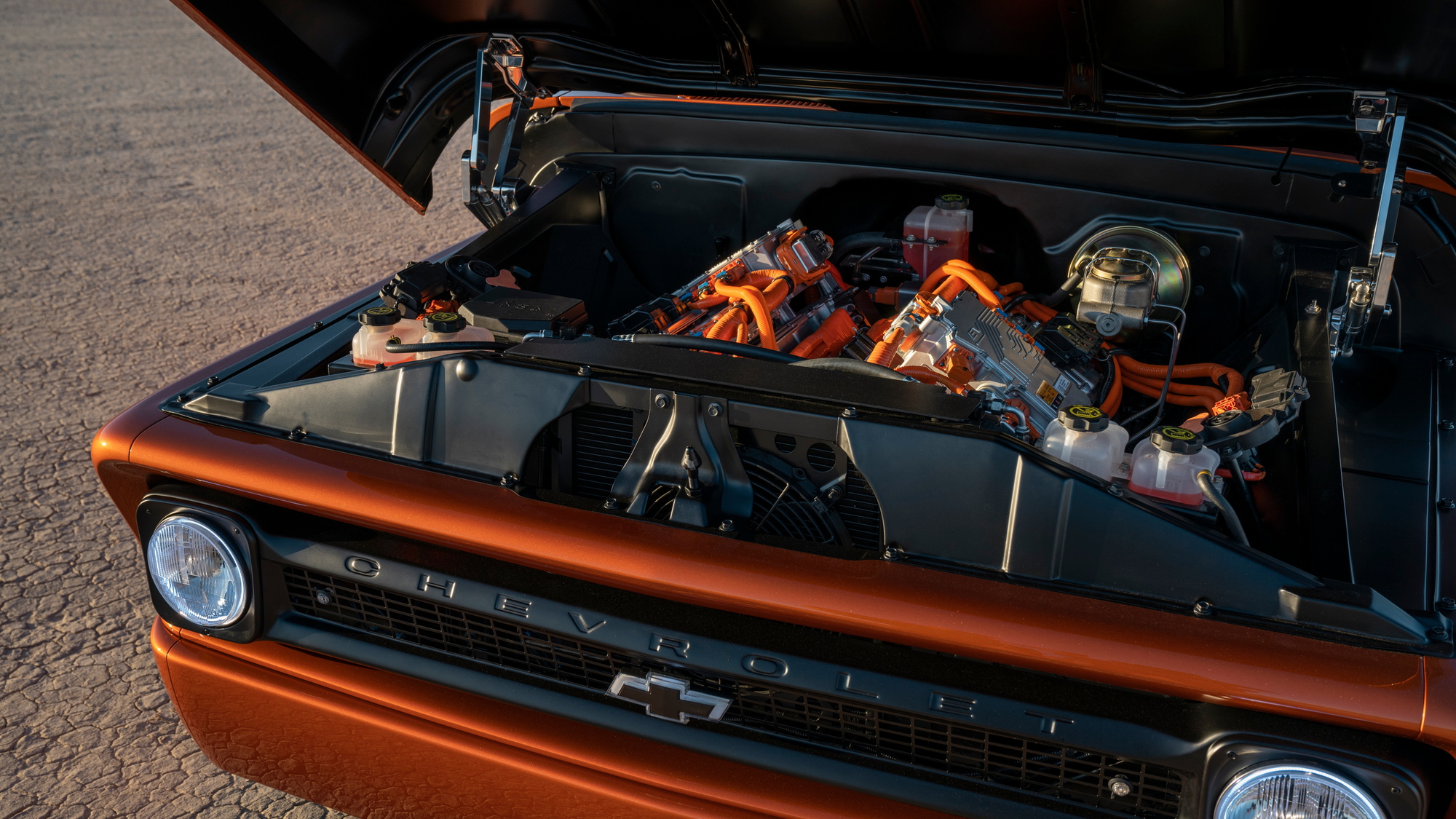 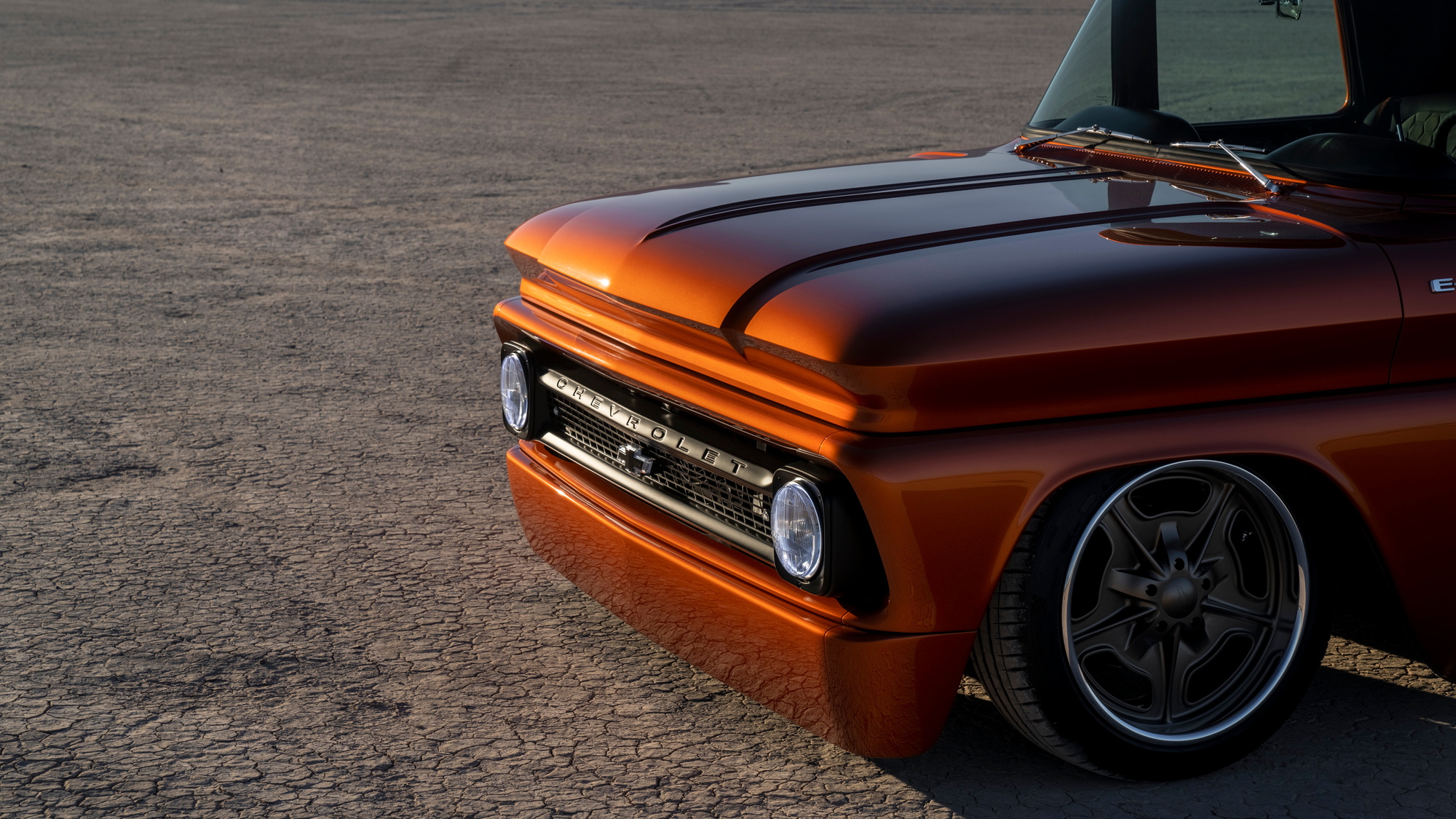 While aftermarket manufacturers are working hard to come up with plug-and-play solutions for customers who want to convert their classic (or not-so-classic) cars to electric powertrains, General Motors is closing in on what may be the final form of its own electric crate motor program, currently dubbed "Connect & Cruise."

This hot-rodded 1962 Chevy C-10 pickup has been retro-fitted with what GM is calling a "crate propulsion package" that consists of two front-mounted Bolt EV electric motors connected to conventional transmission, which in turn sends power to the rear wheels. Above them, in the capped-off bed, sit twin 60-kilowatt-hour battery packs.

Chevy says the total package is good for 450 horsepower, a 0-60 time in the 5.0-second range, and a quarter-mile time of approximately 13 seconds. Considering an original 6.5-foot fleetside pickup weighed at least 3,500 pounds right off the factory floor, these little Bolt EV motors have quite a lot of work to do in order to hit those numbers.

"The Chevrolet E-10 electrified Connect & Cruise concept system reimagines the performance crate engine for hot rodders," GM performance boss Jim Campbell sad in a statement. "As General Motors continues to work toward our vision of a zero-emissions world, concepts such as this help us get there, while still supporting the enthusiasts who love to drive vintage vehicles."

GM has been hinting at commercializing the electric crate motor concept for a while now. The first serious signs of development came out of its eCOPO Camaro project, which resulted in a 700-horsepower drag car boasting an 800-volt charging system and, perhaps just as importantly, a 9.0-second quarter-mile time.

But as important as all of that may be to enthusiasts, one of the key developments to come from the eCOPO project was a standardized transmission bellhousing mounting pattern and crankshaft flange as the popular LS family of V-8s, meaning it can be effectively bolted up to just about any longitudinal GM transmission, allowing anybody with knowledge of GM V-8 swaps to effectively dive right in.

The notion of a "crate" electric motor is not a new one, nor is it unique to GM. California-based Electric GT has been hard at work developing electric swaps that will mate up to existing drivetrains with minimal fuss, using older SUVs and sports cars for prototyping after a series of one-off conversions that included a Volkswagen Type 20 Microbus, and a Ferrari 308 that sparked the company's founding.