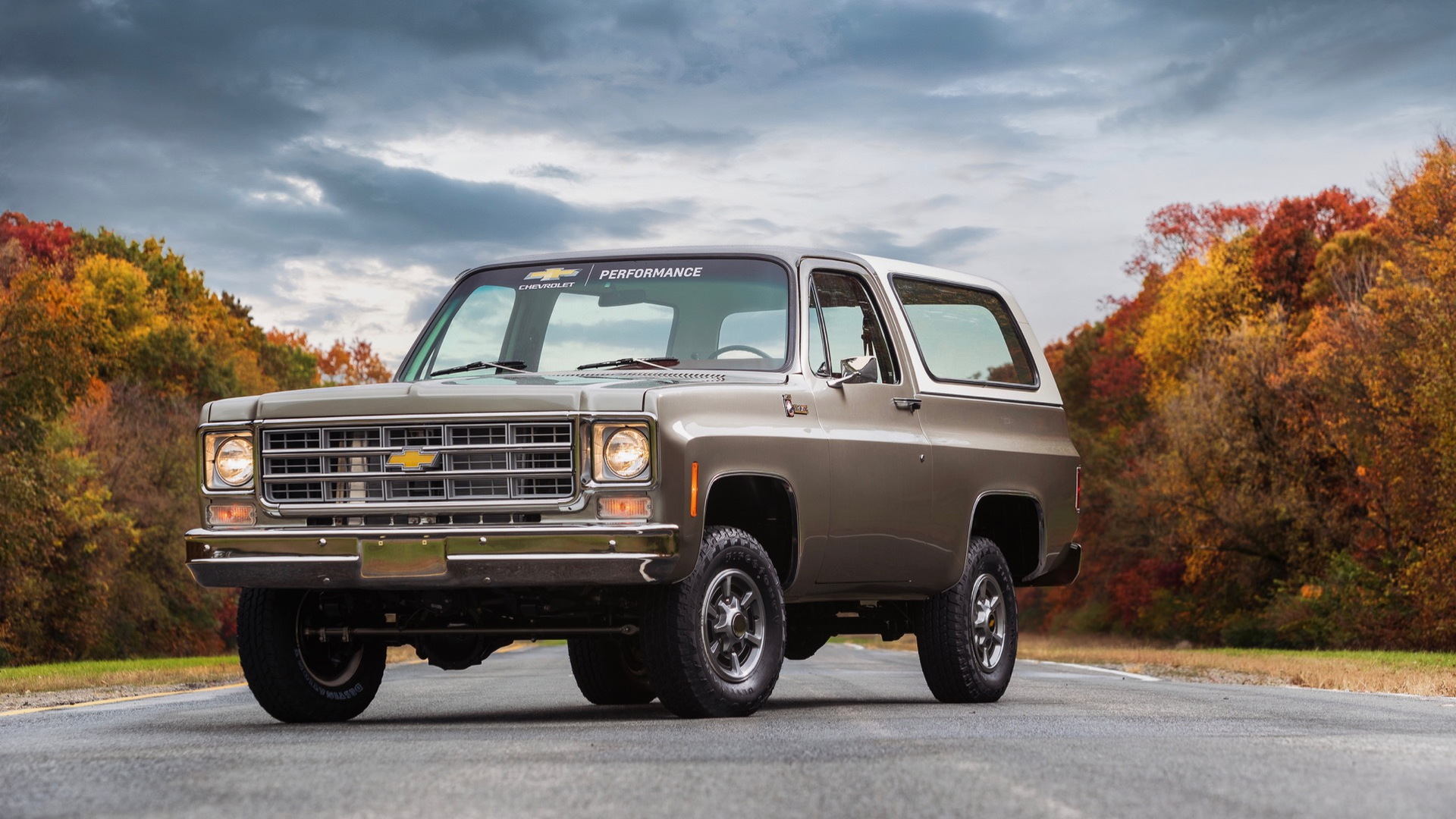 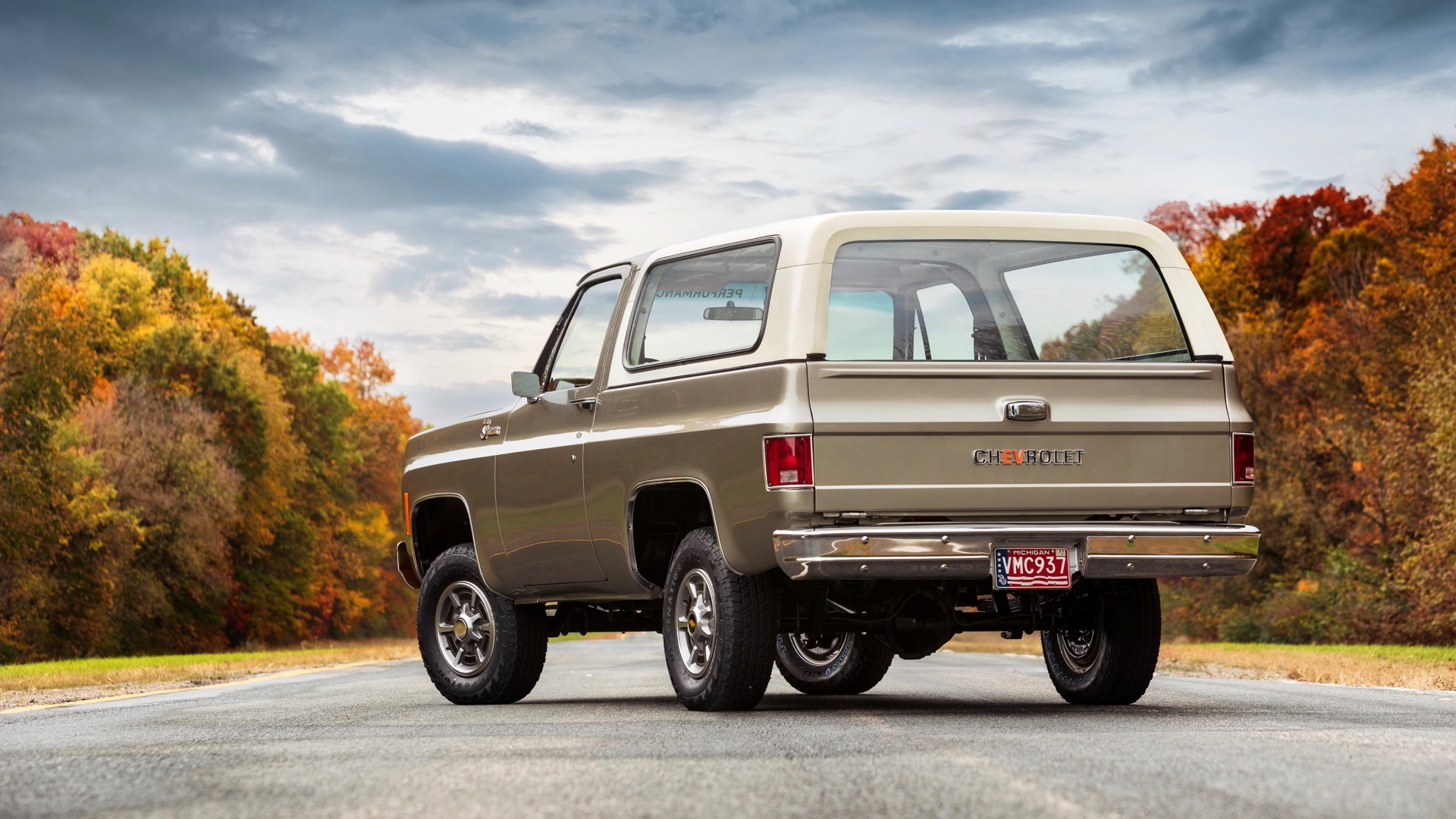 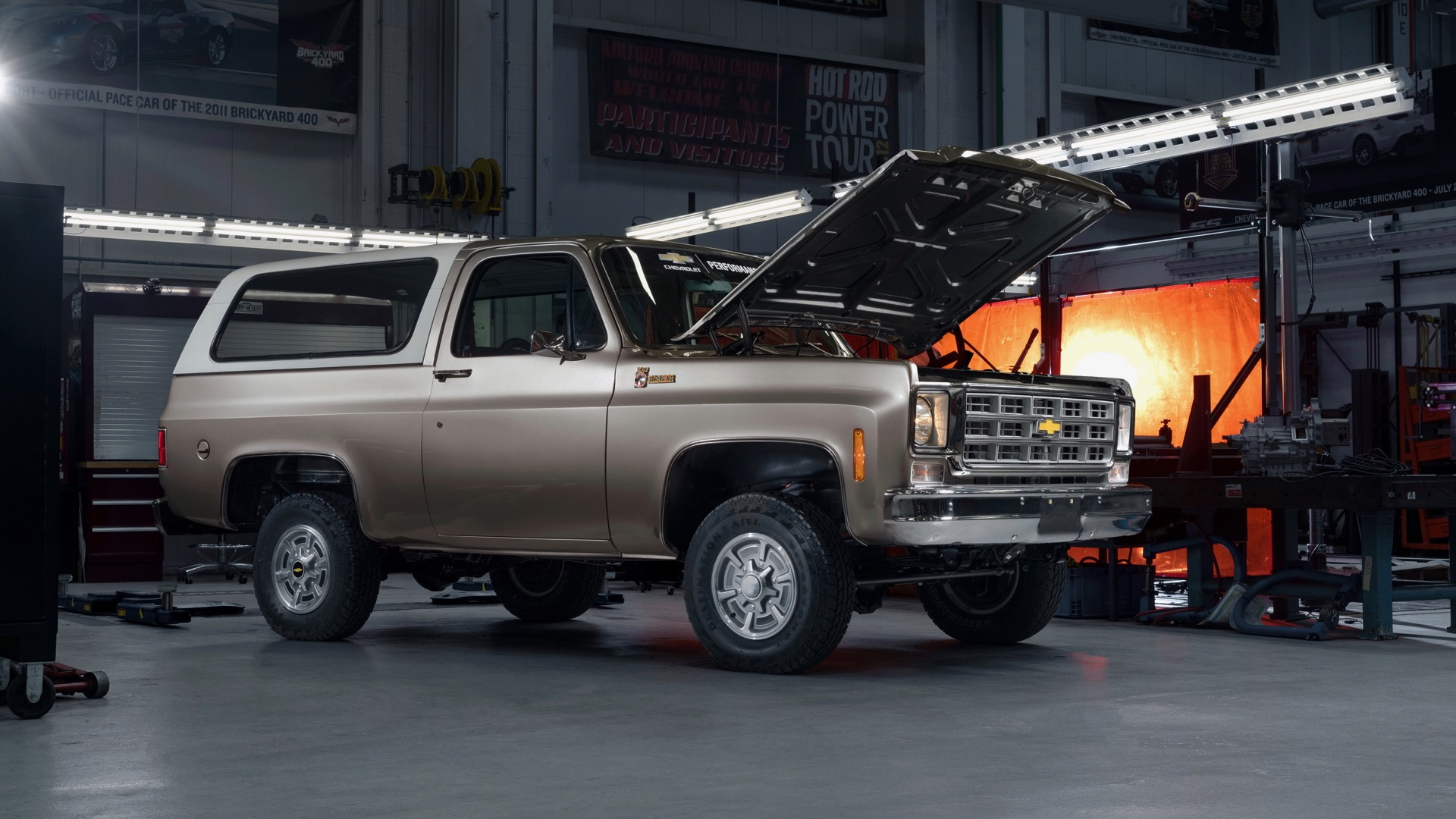 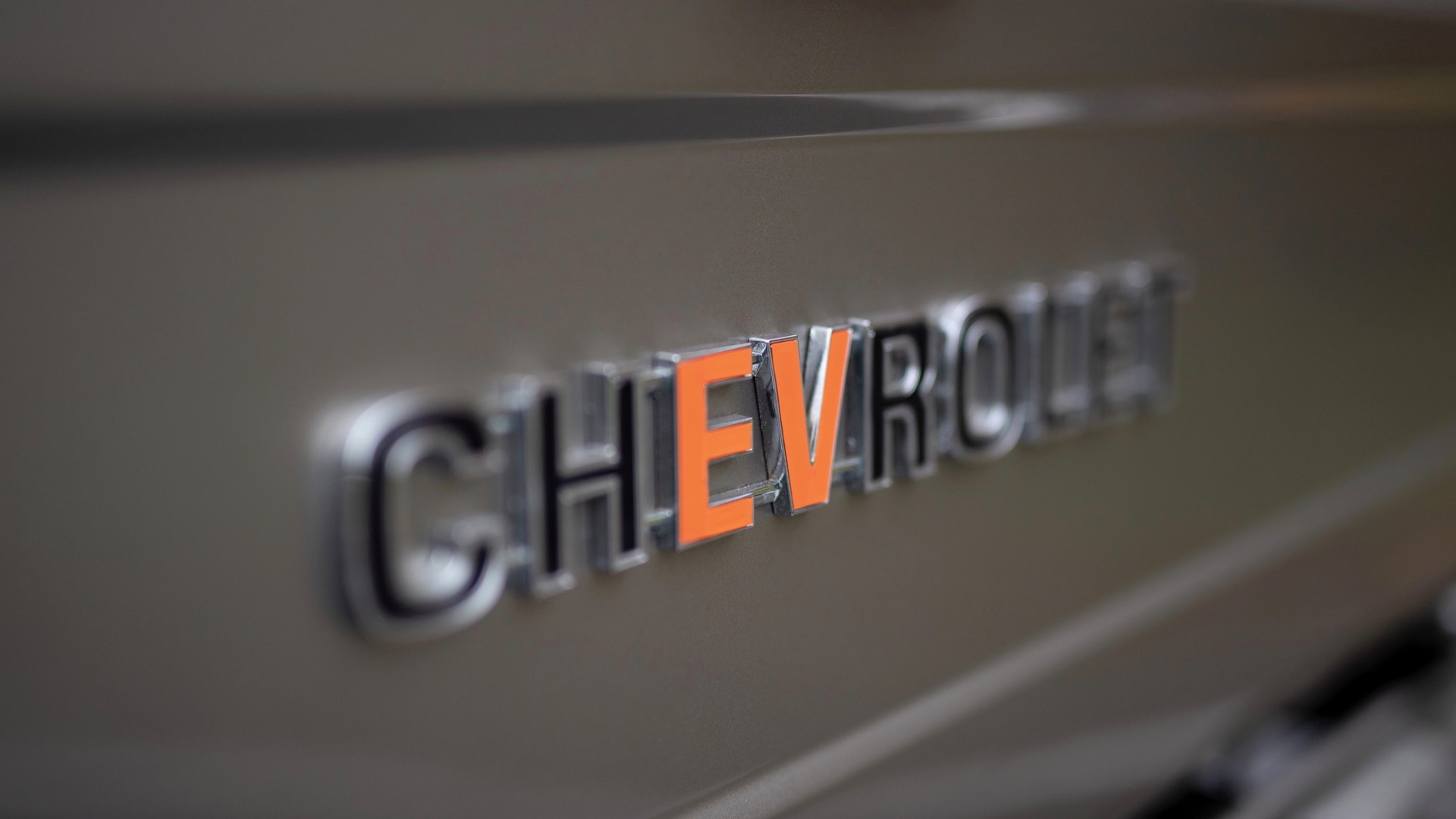 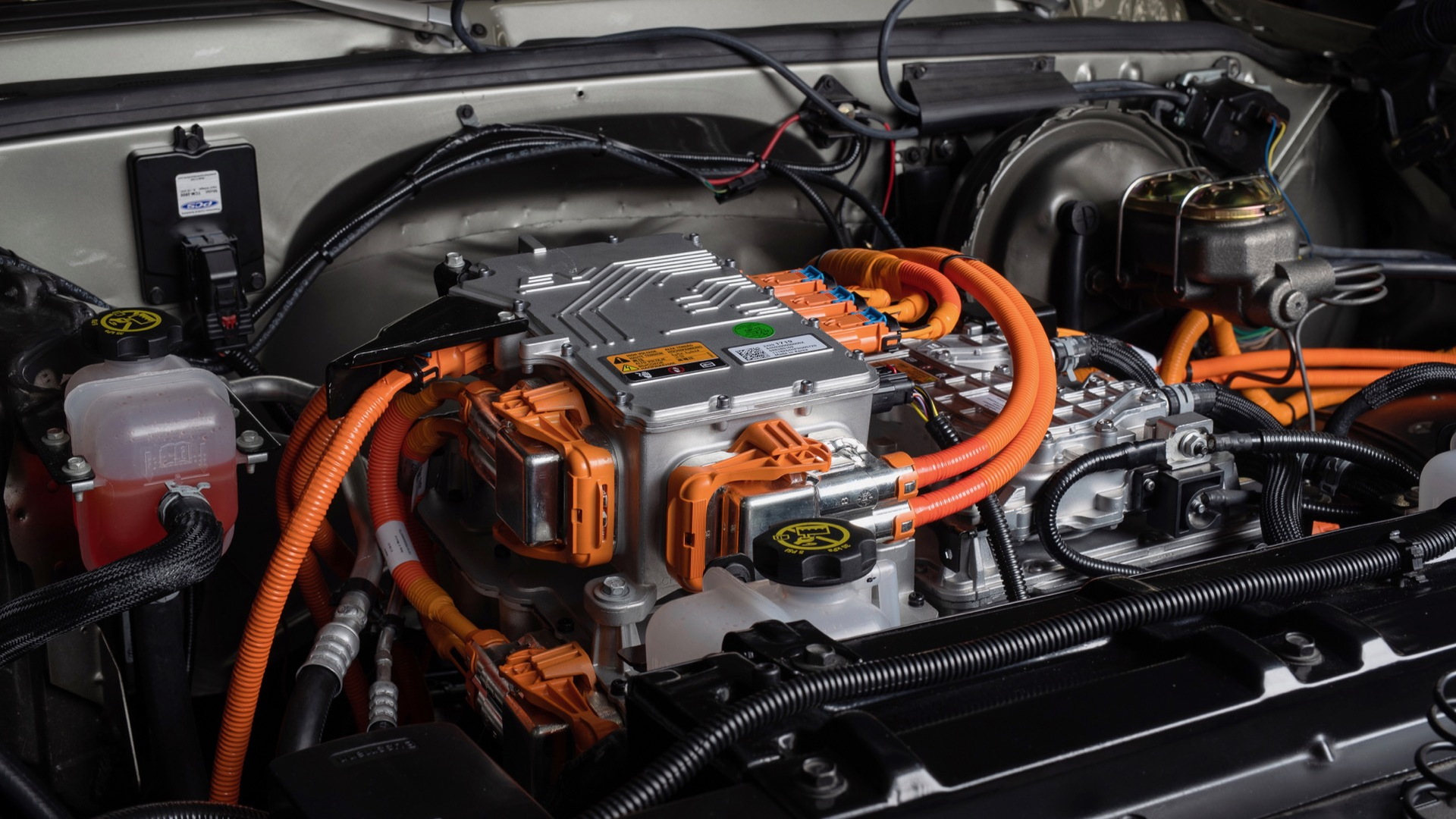 Chevrolet turned a 1977 K5 Blazer into the all-electric Blazer-E show vehicle to demonstrate an electric crate-motor package it plans to put on sale in 2021.

Part of Chevy's ongoing eCrate program, the Electric Connect and Cruise package used for the Blazer-E is composed primarily of Bolt EV components. In fact, 90% of the parts used are from the electric hatchback, Chevy said in a press release Thursday.

That includes the motor, 60-kilowatt-hour battery pack (which was installed somewhat crudely in the Blazer's cargo area), controllers, wiring harnesses, and water pumps used for battery temperature control. The package that will be sold to customers also includes a DC-to-AC inverter to drive the electric motor, and a DC-to-DC converter for low-voltage electronics.

The Bolt EV components were combined with some aftermarket parts, including an electric power-steering kit, an electric pump that provides vacuum for the stock brakes, and a controller that allows the stock Blazer gauges to interface with the new components. The fuel gauge was even converted to show battery state of charge.

As part of the conversion, the stock 3-speed automatic transmission was replaced with a 4-speed automatic. But the rest of the drivetrain—including driveshafts, axles, and the four-wheel drive transfer case—was left unchanged.

Chevy plans to offer the Electric Connect and Cruise package to customers in the second half of 2021, and said it will begin training dealerships and aftermarket companies to work with the conversion kit's high-voltage components. Chevy also plans to use the General Motors Ultium modular-battery system in future crate-motor packages.

The Blazer-E was built for the 2020 SEMA show, which is being held virtually this year due to the coronavirus pandemic. GM has used its SEMA vehicles in the recent past as a sounding board for EV ideas.

The eCOPO Camaro drag racer from 2018, for instance, suggested GM was considering 800-volt charging. That is now due in the production 2022 GMC Hummer EV pickup truck.

Chevy also showed an earlier version of the Electric Connect and Cruise package and its potential with last year's E-10 truck concept.

Chevy certainly isn't the only company to think about an EV crate-motor kit. Aftermarket firms Swindon Powertrain and Electric GT have already shown such kits—the latter even disguised as a V-8 engine.

GM has been selling small-block V-8s for conversions and kit cars for decades, so this is a logical next step.