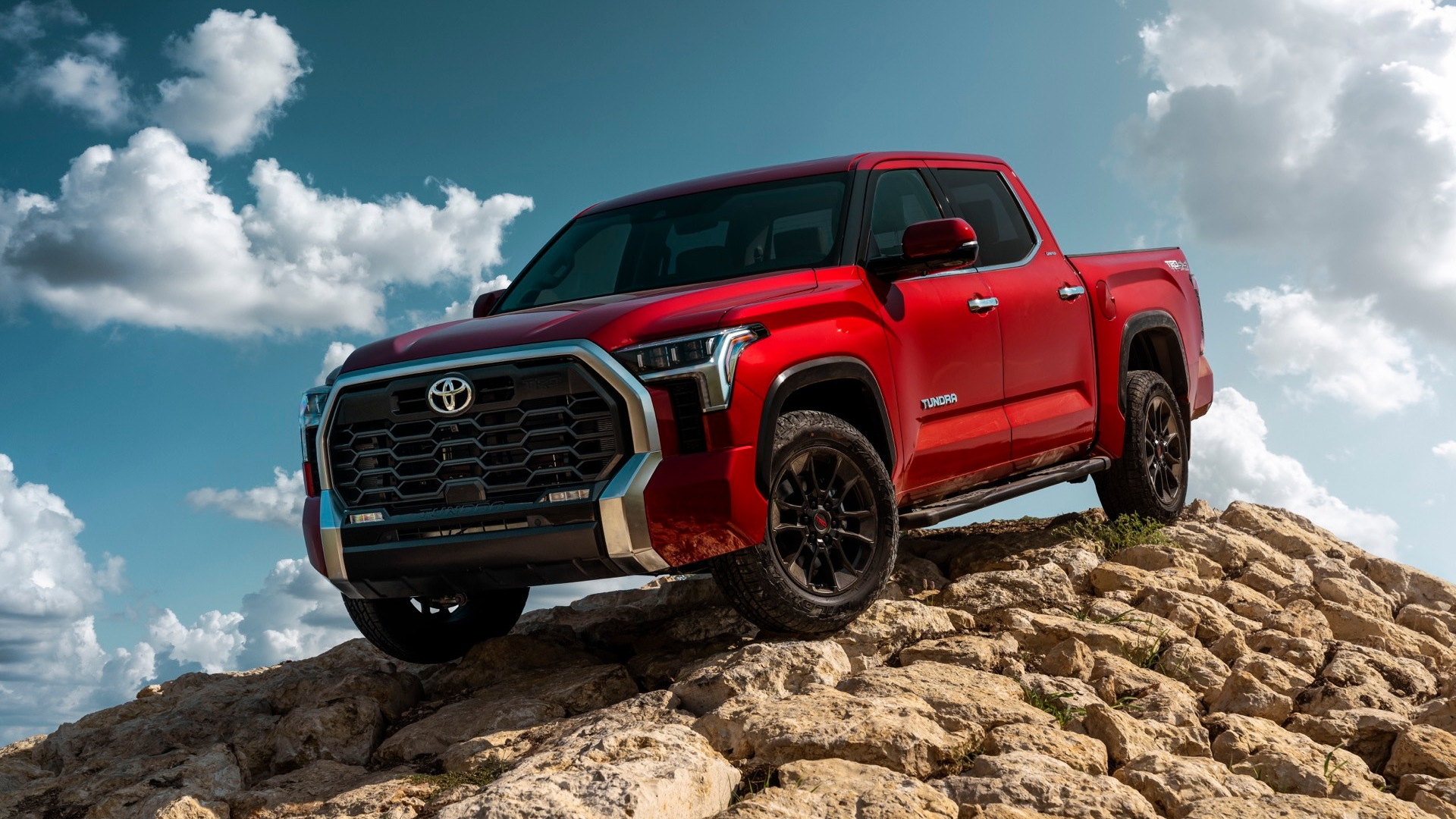 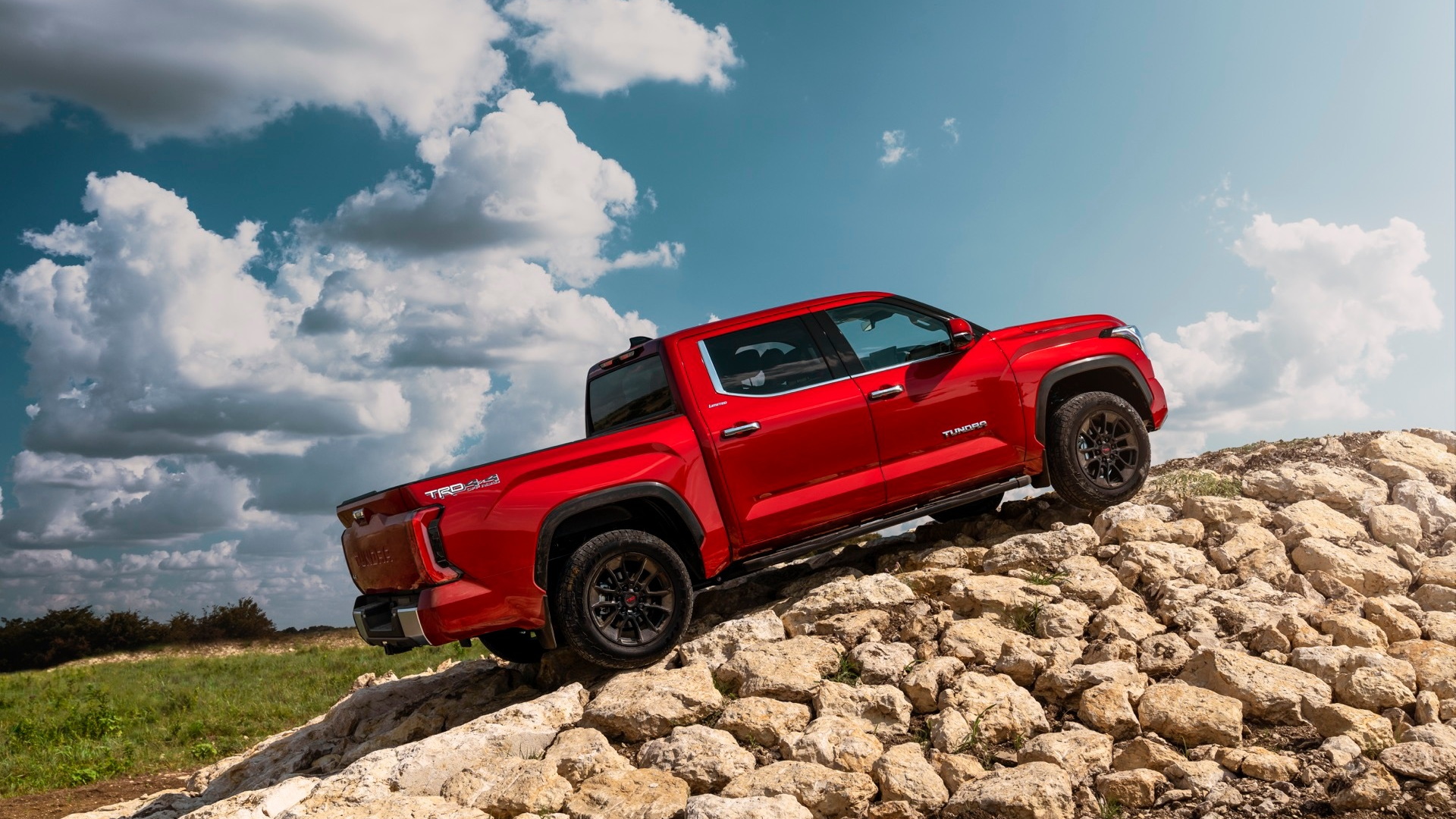 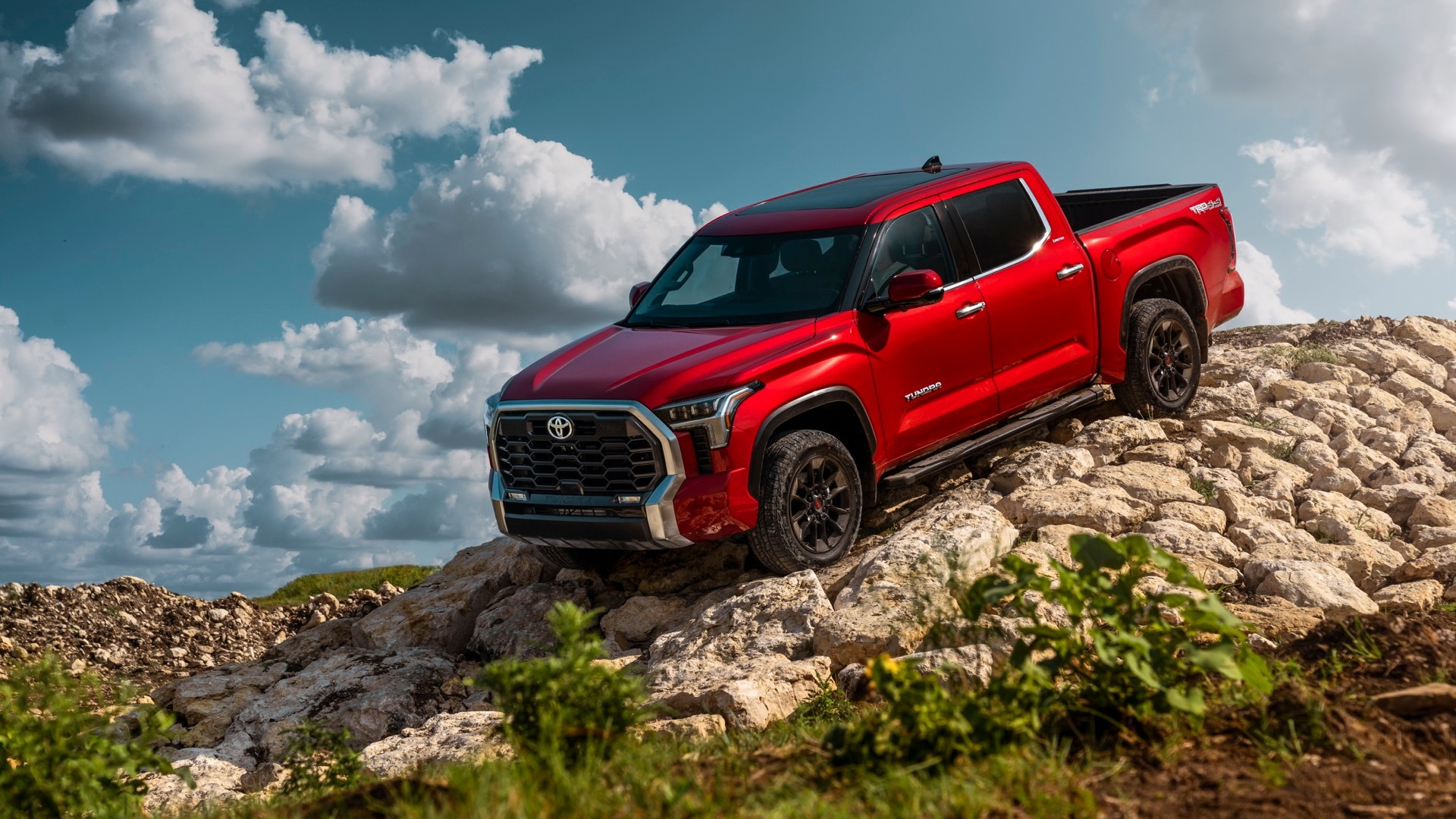 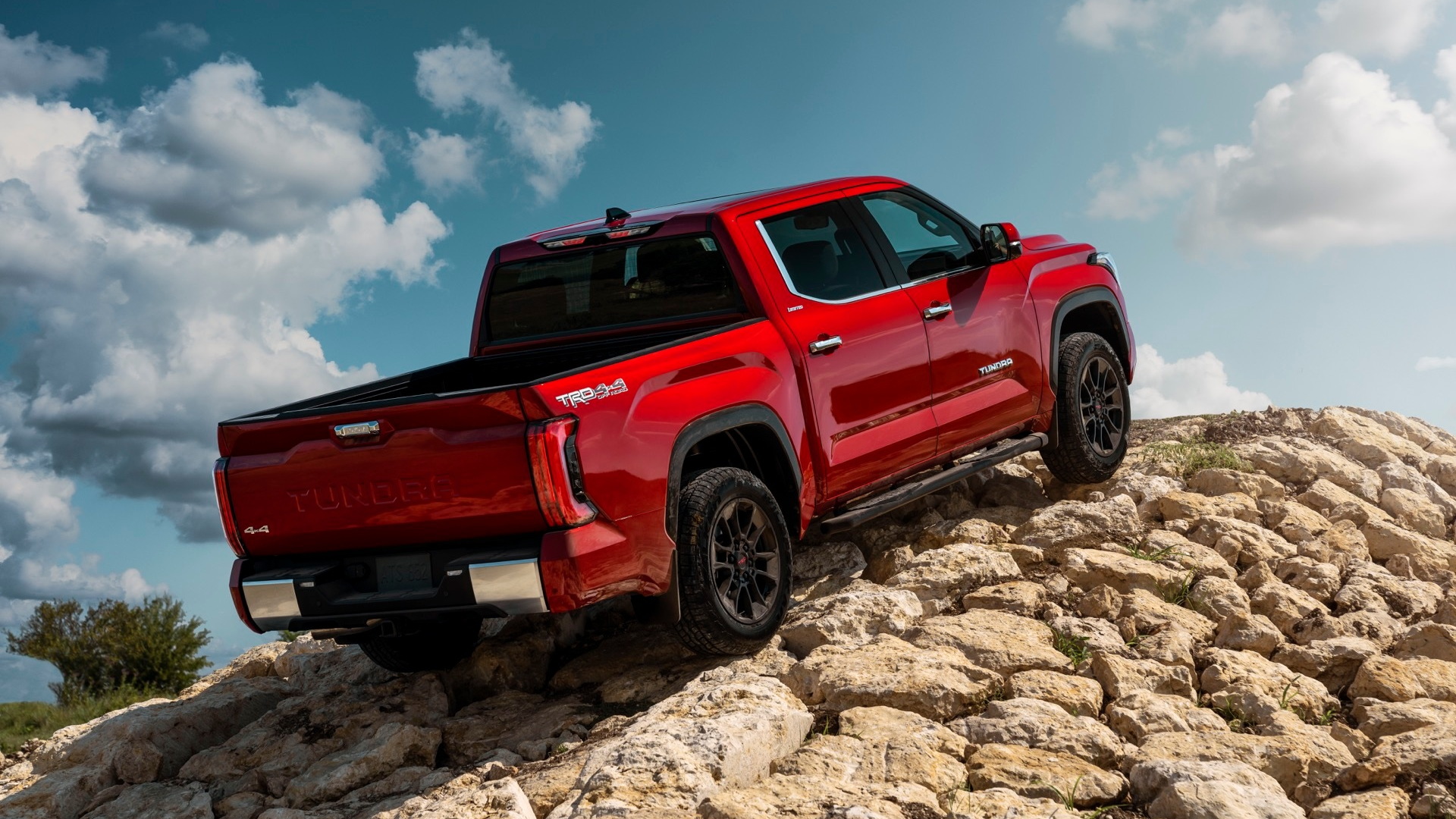 After more than 20 years of hybrid sales in the U.S., it’s hard to believe that Toyota hasn’t made a single hybrid pickup.

The wait is at last over. But no, the hybrid pickup Toyota’s delivering isn’t going to land anywhere close to the 40-mpg Ford Maverick hybrid pickup revealed earlier this year, or channeling high-mpg Prius tech heritage. Toyota’s jumping in the hybrid truck arena with the arrival of a completely redesigned 2022 Toyota Tundra—its full-size truck that has been one of the thirstiest models in its peer set (14 mpg combined, for the 2021 4WD models).

With the release of the 2022 Tundra, Toyota is likely dropping the gas-guzzling V-8 from the lineup and instead offering either a twin-turbo V-6 engine or that engine as part of a hybrid system.

The Tundra won’t tap into some version of Toyota’s tried-and-true planetary gear hybrid setup, which started with the Prius and is now used extensively throughout its lineup. Rather, the V-6 is combined with what Toyota calls “a brilliantly engineered bell-housing motor system.” This powertrain is badged i-Force Max and will be rated at 437 horsepower and 583 lb-ft of torque.

Specifically, Toyota says that a clutch is located within the bell housing between the engine and 10-speed automatic transmission—so the motor/generator is able to smoothly multitask with assist, regeneration, engine startup, and some measure of all-electric driving. The 288-volt nickel-metal hydride battery pack for the hybrid system is mounted under the rear passenger seats in the i-Force Max version.

Toyota didn't comment about fuel efficiency in an initial release detailing the truck, but it hints at an optimization between mileage and strong capability, saying that the hybrid powertrain is "designed to provide maximum performance and maximum efficiency at every extreme."

That said, the truck's engine-off operation sounds far more limited than Toyota's other hybrid vehicles. "Although the electric motor does the bulk of the work at lower speeds, once above 18 mph, the gasoline engine is constantly in operation," it describes. Most of Toyota's current hybrid cars and crossovers will periodically cycle the gas engine off in light-duty highway driving.

While fuel efficiency might not have been the top priority, the Tundra’s maximum towing capacity has been boosted to 12,000 pounds, with maximum payload up to 1,940 pounds—all numbers likely to be hit by the hybrid.

That sounds a lot like the strategy Ford followed with the F-150 Hybrid, badged PowerBoost and yielding up to a 25-mpg rating and a 750-mile range on a tank. The Ford also makes use of the power systems with an onboard-generator system called Pro Power Onboard. If Toyota is offering similar utility with the Tundra, it didn’t mention so yet.

The Tundra is completely new underneath and all around. It migrates from a ladder-style frame to a fully boxed one, with the frame itself wider in the rear for towing stability. The truck rides on coil springs in back, with a new multi-link suspension said to provide big benefits to handling and ride, and an air suspension and adaptive dampers are offered for the rear. A new sheet-molded compound (SMC), with reinforced aluminum crossmembers, helps add strength and save weight.

The truck also offers a vastly improved cabin, with a new horizontal theme that Toyota says breaks from the vertical layout of most other rival full-size trucks. There’s a new generation of infotainment, multimedia, and audio features, including a voice-based assistant and what Toyota describes as a “cloud-based native navigation system.” All Tundra models, from the base SR version on up, get a full suite of active-safety features.

There will be Double Cab and CrewMax (larger cab) versions, with 6.5- or 8.1-foot cargo beds on offer in the former and 5.5- or 6.5-foot beds available on the latter. As now, the Tundra will be offered in a wide range of models, including TRD Off-Road and Sport versions; it’s not yet clear whether all of those will be offered as a hybrid, but typically once Toyota offers a hybrid option it tends to go for significant sales.

Now the question, for Toyota, becomes whether it’s offering enough to carve out a niche for the hybrid Tundra—as Ford readies its F-150 Lightning electric pickup, GM sees its Chevy Silverado EV as a “high-volume entry,” and Stellantis is planning a fully electric Ram 1500 due by 2024.

To put it bluntly for comment: Will Toyota convince enough truck traditionalists to go hybrid, or will all those who might have gone hybrid want fully electric by now?

That remains to be seen. The Tundra will be made in San Antonio, Texas, and is due to arrive later this fall.