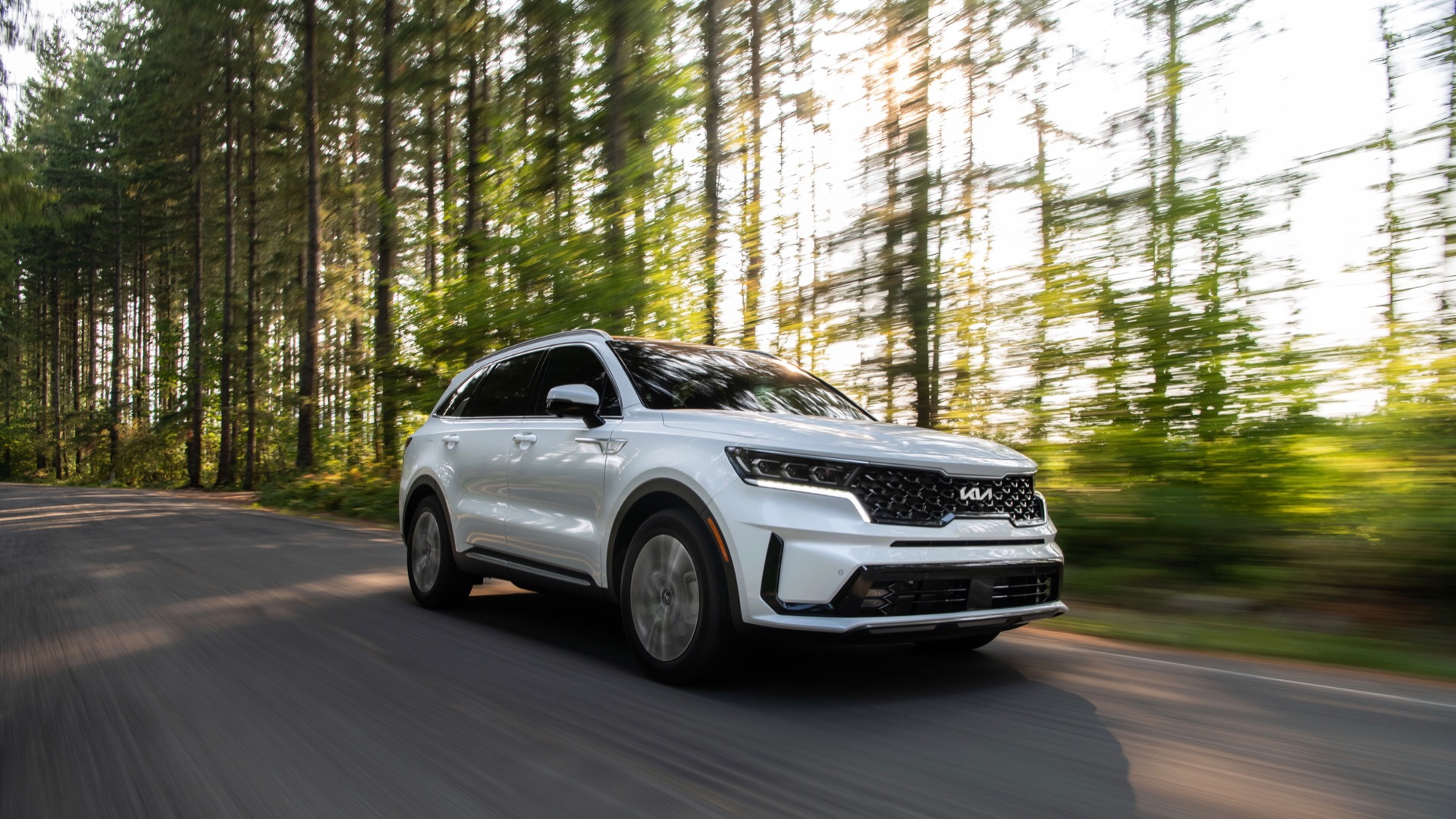 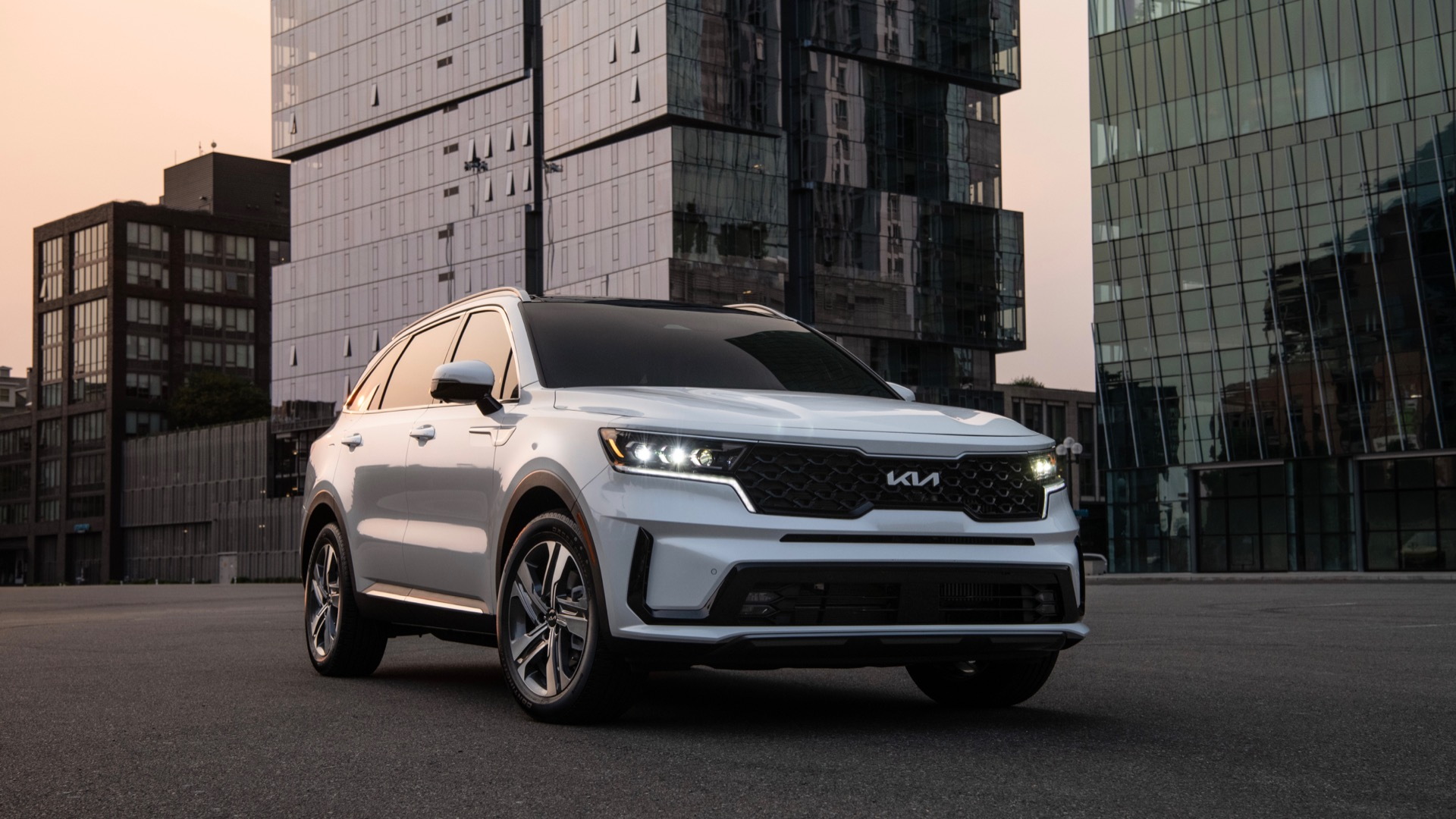 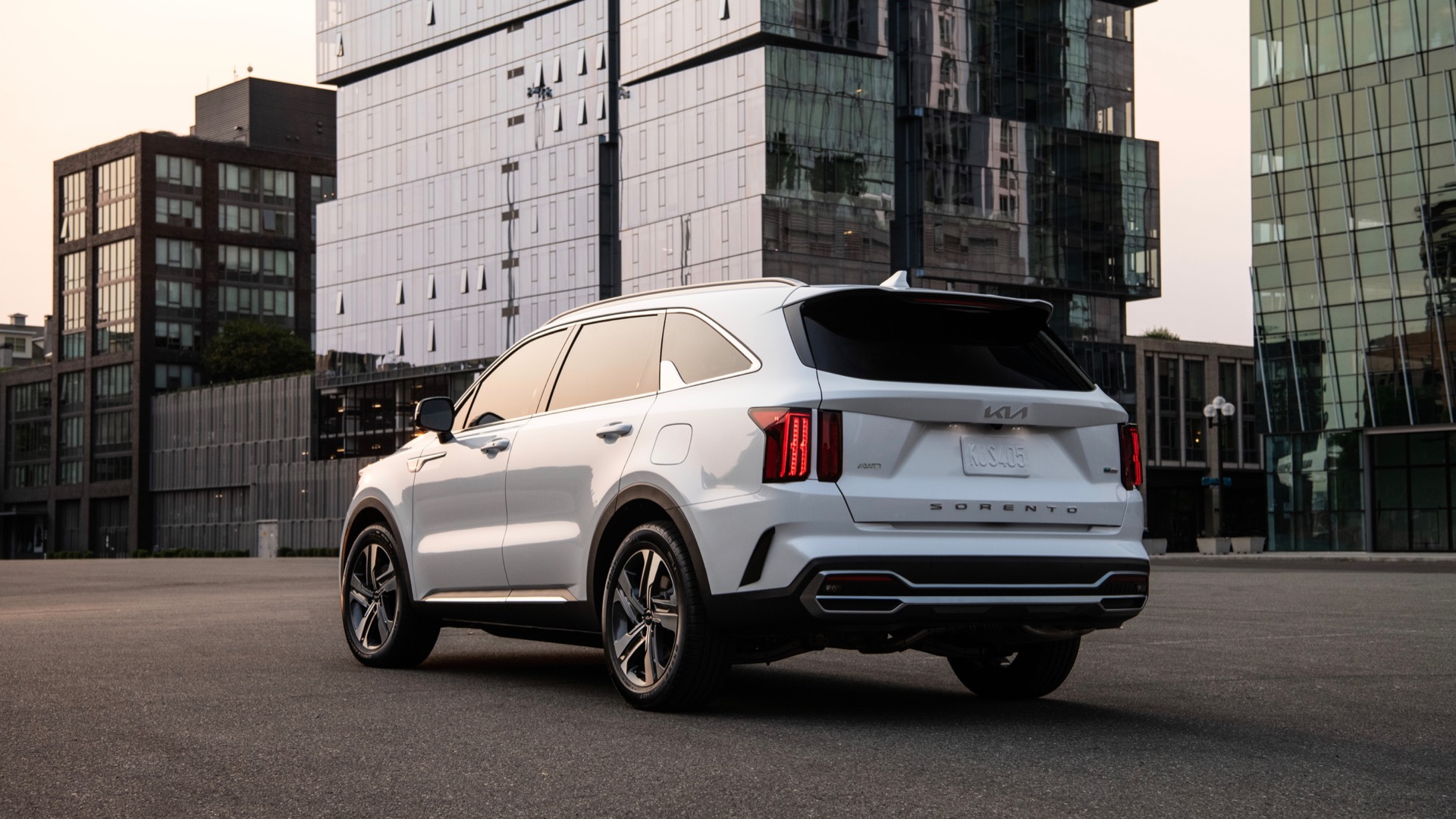 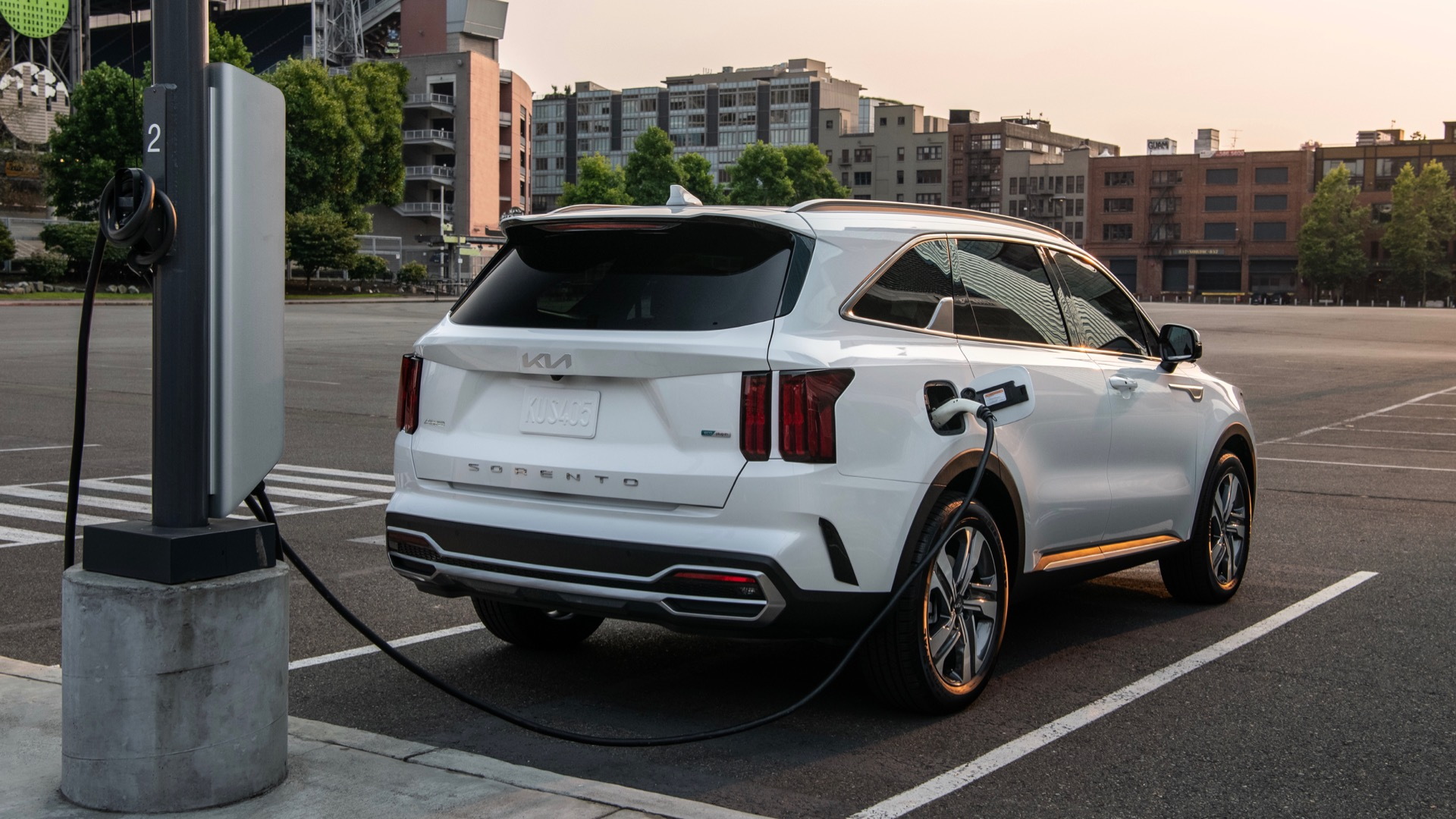 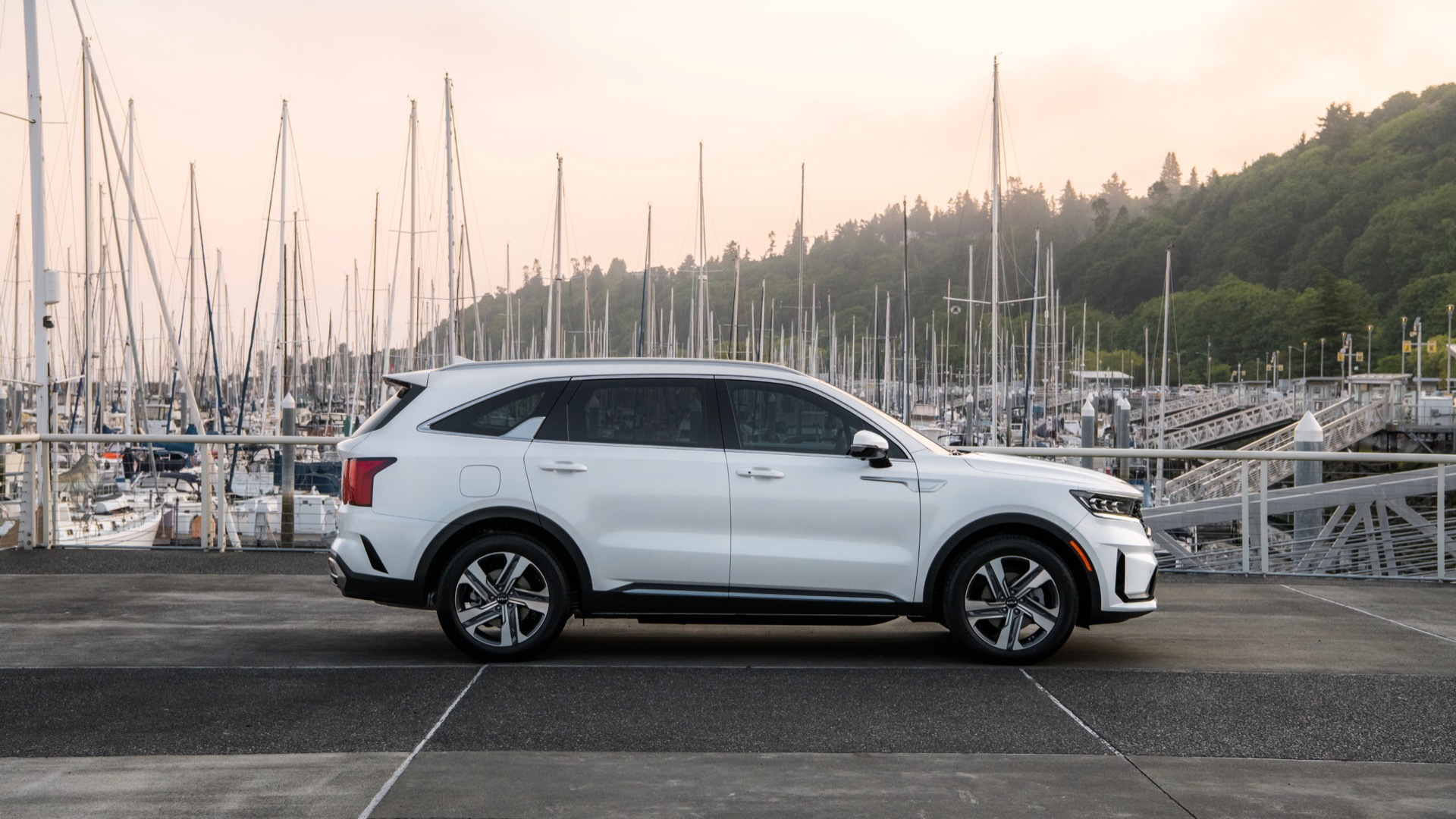 The 2022 Kia Sorento Plug-In Hybrid will join hybrid and gasoline versions of the three-row crossover SUV in showrooms later this year, Kia confirmed Wednesday in a press release.

The Sorento PHEV earns 32 miles of electric range, according to the EPA, with an efficiency rating of 79 MPGe, and it achieves 34 mpg in hybrid mode, without using plug-in charge. The estimates released so far surpass those of the related 2022 Hyundai Santa Fe Plug-In Hybrid, which has an EPA-rated 31-mile electric range and 76 MPGe combined efficiency rating, as well as a 33 mpg combined fuel-economy rating in hybrid mode.

The Sorento Plug-In Hybrid uses a 1.6-liter turbocharged 4-cylinder engine and a single electric motor, which combined to produce 261 horsepower. The gasoline engine is coupled to a 6-speed automatic transmission, with standard all-wheel drive.

The electric motor is more powerful than the one used in the Sorento Hybrid (which launched as a 2021 model), while the battery pack is larger, at 13.8 kwh compared to 1.5 kwh for the Sorento Hybrid. Kia hasn't said whether this will impact cargo space, but noted that the Sorento Plug-In Hybrid will be offered with standard three-row seating.

At launch, the Sorento's closest rival might actually be the Chrysler Pacifica Hybrid, a plug-in hybrid minivan also offering a third-row seat and rated for 32 electric miles.

The Volvo XC90 Recharge also sports three rows, and can go more than its rated 18 electric miles in real-world driving, we've found; but it's not close to what the Sorento will offer. The Toyota RAV4 Prime offers 42 miles of electric range, but there's no Prime version of the three-row Toyota Highlander.

We found the Sorento Hybrid to be responsive and well-coordinated, although its features and materials don't wow in the same way as other recent Kia models. We're eager to see how the plug-in hybrid version compares.