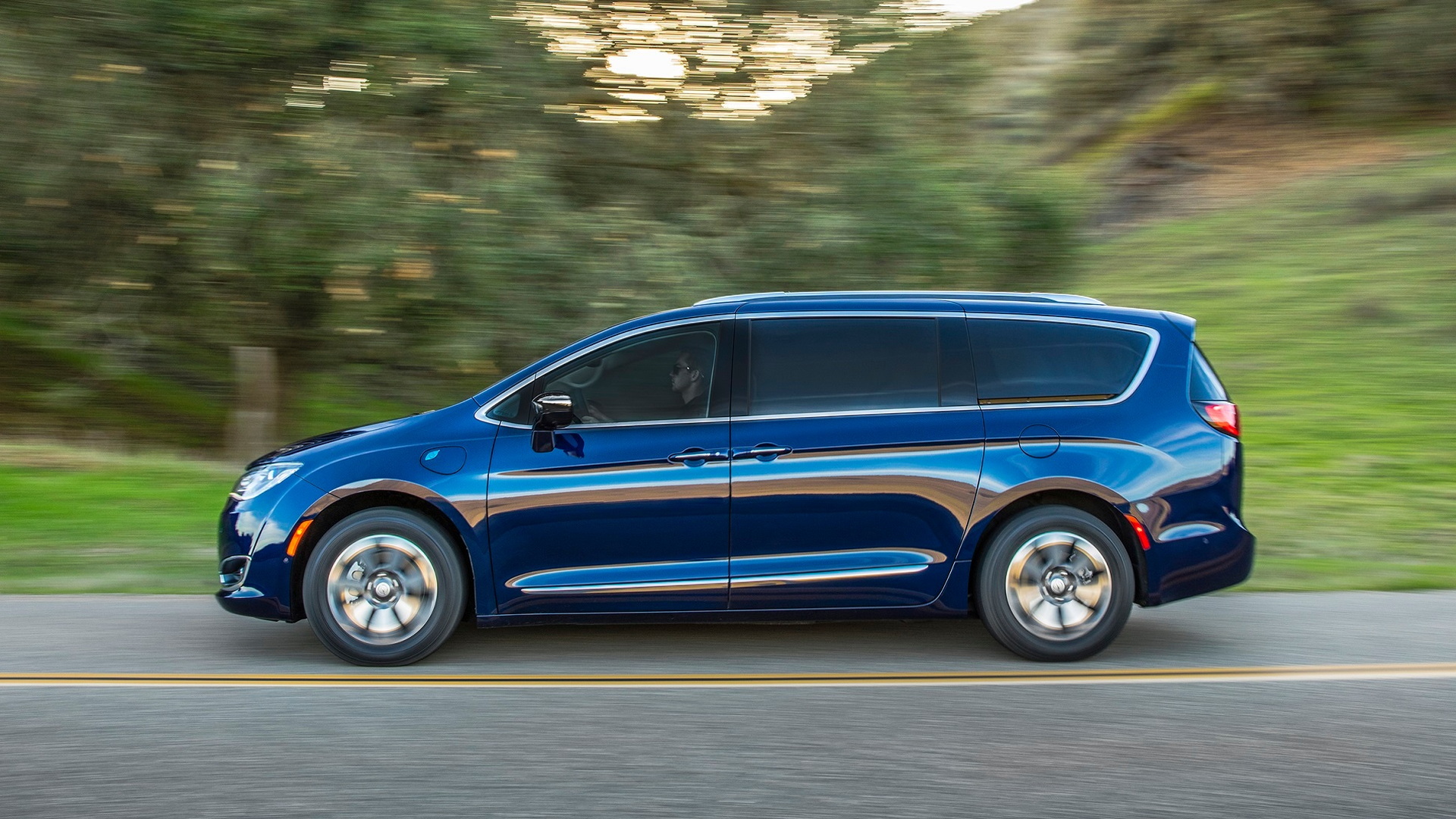 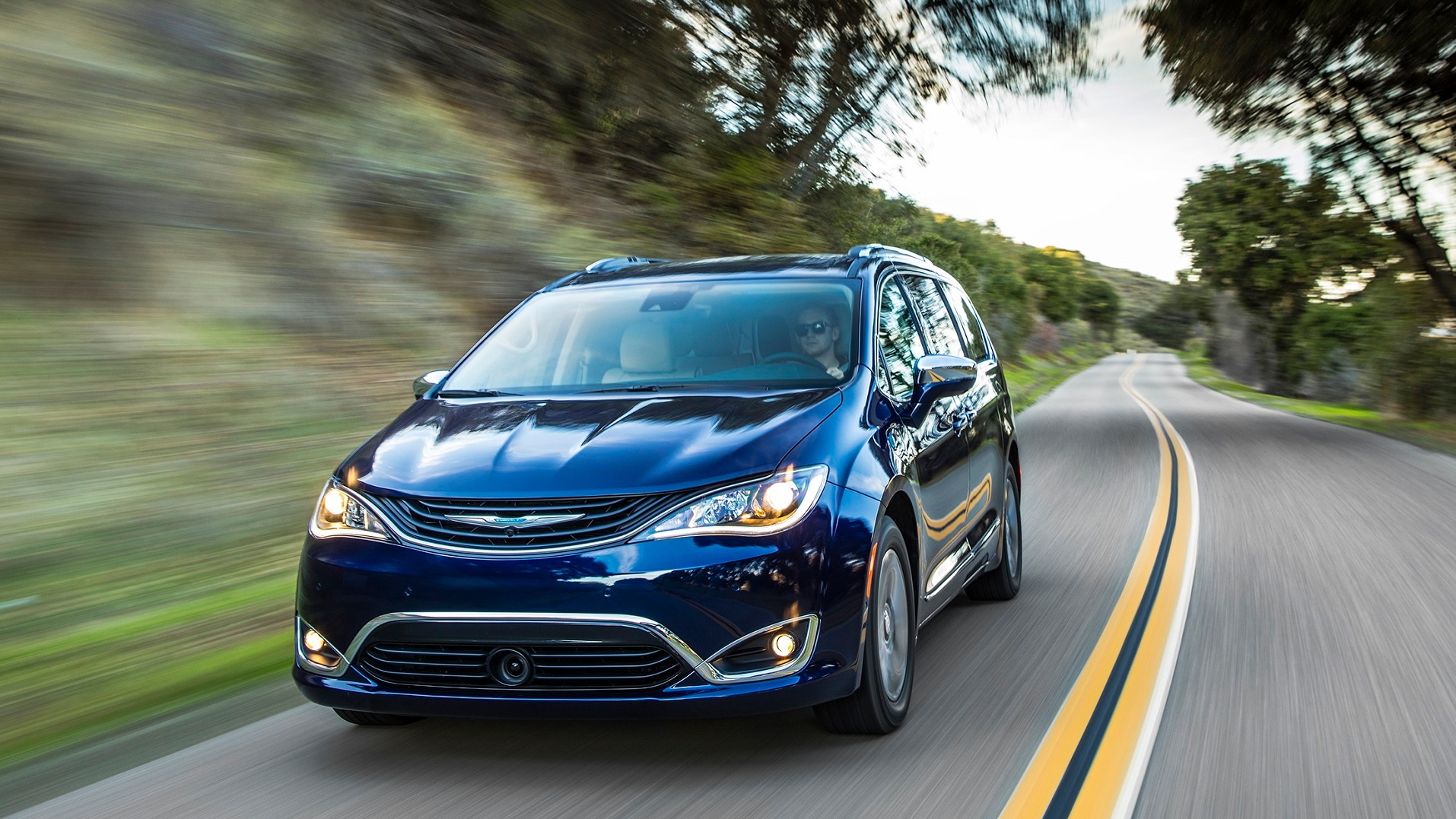 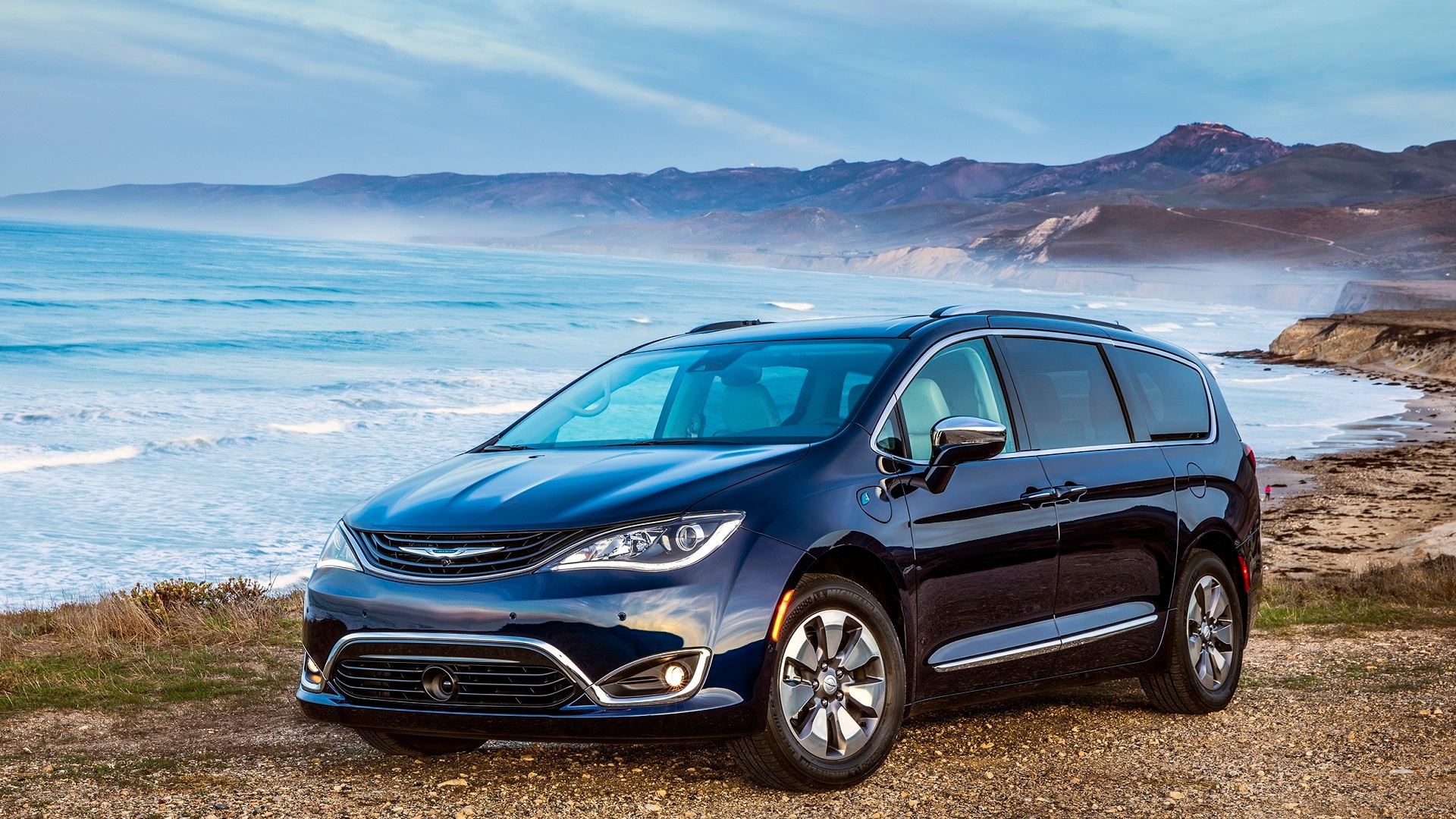 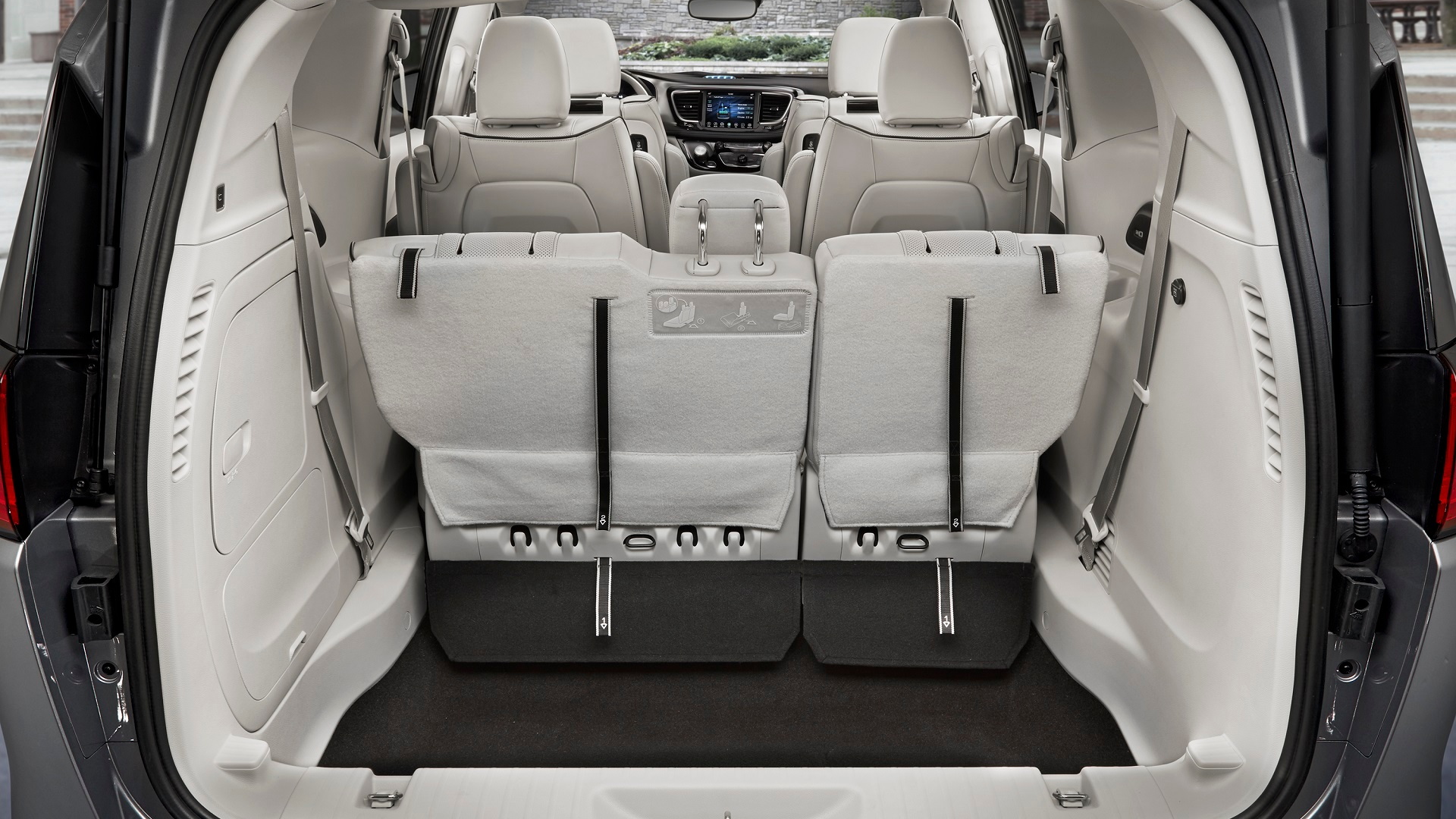 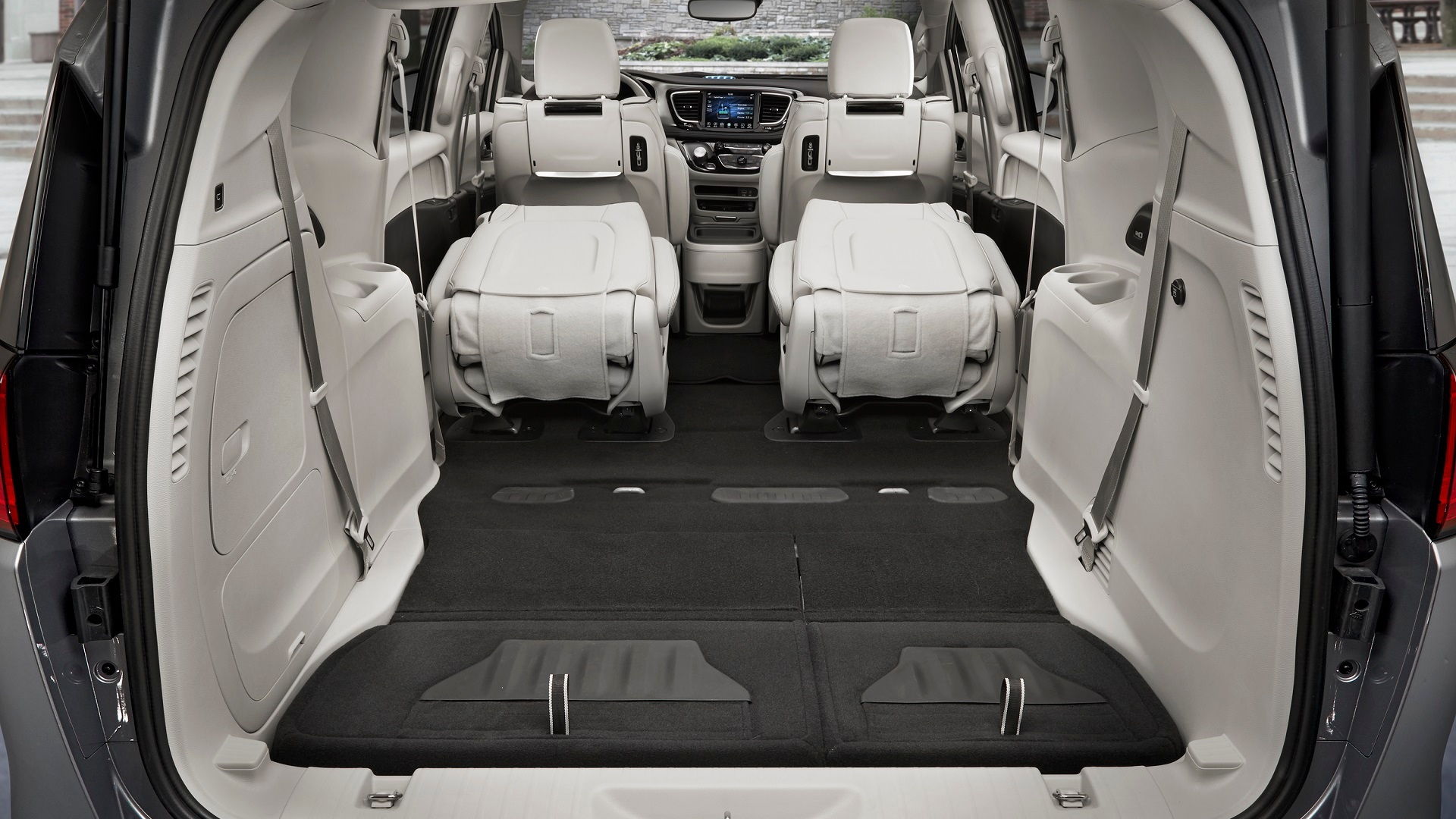 Plug-in hybrids like the 2019 Chrysler Pacifica Hybrid are pitched as great solutions for families who can’t quite make the leap to a fully electric vehicle for road trips but want to keep their local driving—and, perhaps their commute—tailpipe-emissions-free.

The vast majority of plug-in hybrids on the market today don’t exactly live up to that billing. Too many of these models require dainty (and slow) driving to keep the gasoline engine off, and even then they don’t have enough battery capacity to go a typical commute distance with the climate control. Further, some completely give up on the idea of electric-only driving if you want to run the heat, or provide a weak onboard charger that draws charges out over many hours—even with 240V (Level 2) charging.

The Pacifica Hybrid feels completely committed to the mission. As we once again confirm in dueling drives today, the Pacifica Hybrid lives up to expectations in a way few other plug-in hybrids do, allowing families to use it most of the time as a fully electric vehicle around town or a traditional (hybrid) gasoline minivan for long trips.

To the latter point, we just took a Pacifica Hybrid on a 1,640-mile road trip from Jackson, Wyoming to Minneapolis, Minnesota. It performed with no compromises—perhaps better at high altitude—than the standard Pacifica, and despite hauling around the extra weight of the battery pack, it achieved better mileage than the standard Pacifica—even when loaded down with the whole kit and caboodle of a full family and the rigors of high-speed cruising on mountain roads of the American West.

Just as that trip was coming to a close, we put a different Pacifica Hybrid to the test in Portland, Oregon, running through four full charges. We went about normal errands, sized this family van up as a commuting device, and noted trip-computer-indicated distances on those charges of 30.1, 31.9, 28.4, and 35.7 miles.

The only time in those four cycles that we didn’t start and arrive on battery power was when we had to head out to the suburbs and immediately back in our mid-size metro area, getting 31.9 miles out of the charge and doing the last mile or so with the gasoline engine.

It was mild summer weather, so all four loops included outside temperatures ranging from 73 to 82 degrees. We kept the climate control set to Auto and 72 to 74 degrees, because in family vehicles making kids endure any measure of stuffy and hot can be more cause for crankiness.

The first two loops, where we saw 30.1 and 31.9 miles from a charge, were from a relaxed mix of normal (and not particularly gentle) driving, including some slow speed driving, larger boulevards, and short stints at highway speeds. The 28.4-mile loop included congested driving at lower speed, including many gentle starts and stops—the sort of driving that EVs usually do with great efficiency.

Meanwhile, the longest electric-only loop was almost entirely on urban freeways at congestion-restricted speeds of 52 to 65 mph. In other words, it's a pro at eking out the electric miles on a real suburban commute, not just on the urban portions.

One thing that separates the Pacifica Hybrid from other plug-in hybrids is that its EV mode and highway speeds aren’t mutually exclusive. Cruising at 65-70 without the gasoline engine on is quite fine, and there’s no rapid hemorrhaging of battery charge. In a previous driving experience, we noted that the gasoline engine would typically come on as you neared 80 mph.

Following the analog power gauge on the left side of the instrument cluster, we noted in a partial charge before starting the test that the V-6 would fire up when you got well past the 50-percent mark (we’ve been told in the past that the rate at which you suddenly press the gas can also impact that decision). Although the Hybrid feels even more powerful (albeit noisy) as the V-6 starts up and joins the power mix, via the planetary-gear power-split system—conjuring the maximum 260 horsepower—it leaves plenty of room to enjoy the quite zippy electric-only operation and not have to go intentionally light on the accelerator in order to stay in EV mode.

The Pacifica Hybrid is super-quiet inside, and it has a ride that is neither overly firm nor soft—just stable and composed. Handling is very responsive for such a vehicle this size. Regenerative braking was generally well-coordinated with the friction brakes, except during light applications it was sometimes hard to judge the final few feet of a stop.

The Hybrid has excellent captain’s chairs in the first and second rows and officially, counting the smaller bench at the far back, room for seven.

One pleasant surprise was how quickly the Pacifica Hybrid would charge right back up. Over those four charges with a Clipper Creek 240V charge point, the 6.6-kw onboard charger never took more than two hours to fill the battery back up to 100 percent. That means from a commercial Level 2 charge point, you’ll get most, if not all, of a charge back during a dinner, a long lunch, or a stock-up shopping visit. Although the battery’s rated at 16.2 kwh, its usable capacity is less than 13 kwh.

The test 2019 Chrysler Pacifica Hybrid arrived with a grand-total sticker price of $50,375, including a panoramic sunroof, 20-speaker Harman Kardon sound, a $775 S Appearance Package, and a $995 package that bundles a long list of active-safety items with a “theater” entertainment system and a 120V AC outlet.

Non-hybrid Pacificas—and any of our other favorite minivans, like the Honda Odyssey—tend to get nearly as expensive when you load them up. And they don’t qualify for the federal $7,500 EV tax credit, other incentives, and carpool-lane stickers like the Pacifica Hybrid.

The Pacifica Hybrid really does cut out your tailpipe emissions during just about all city driving, feels luxurious, and has three rows of family-friendly seating. Until the big, affordable, practically shaped electric vans and crossovers arrive (sans Falcon doors), or road-trip chargers become ubiquitous, it’s hard to imagine a better way to satisfy the wants and needs.