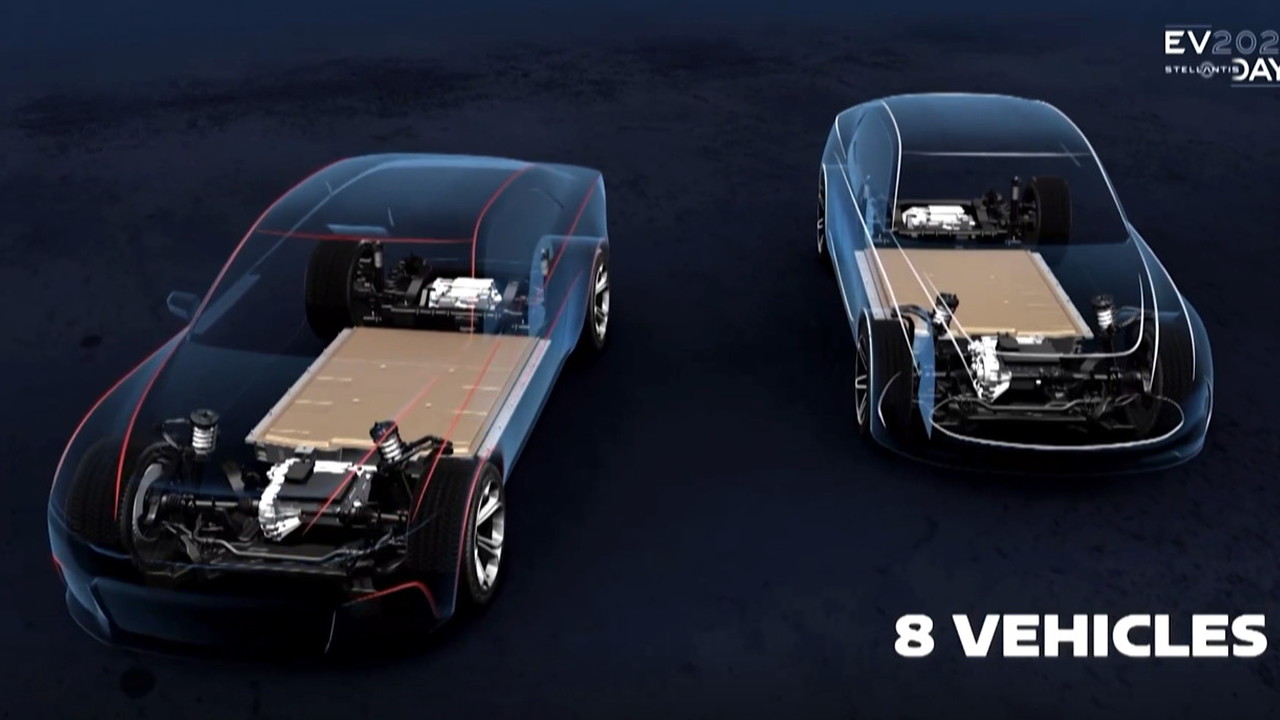 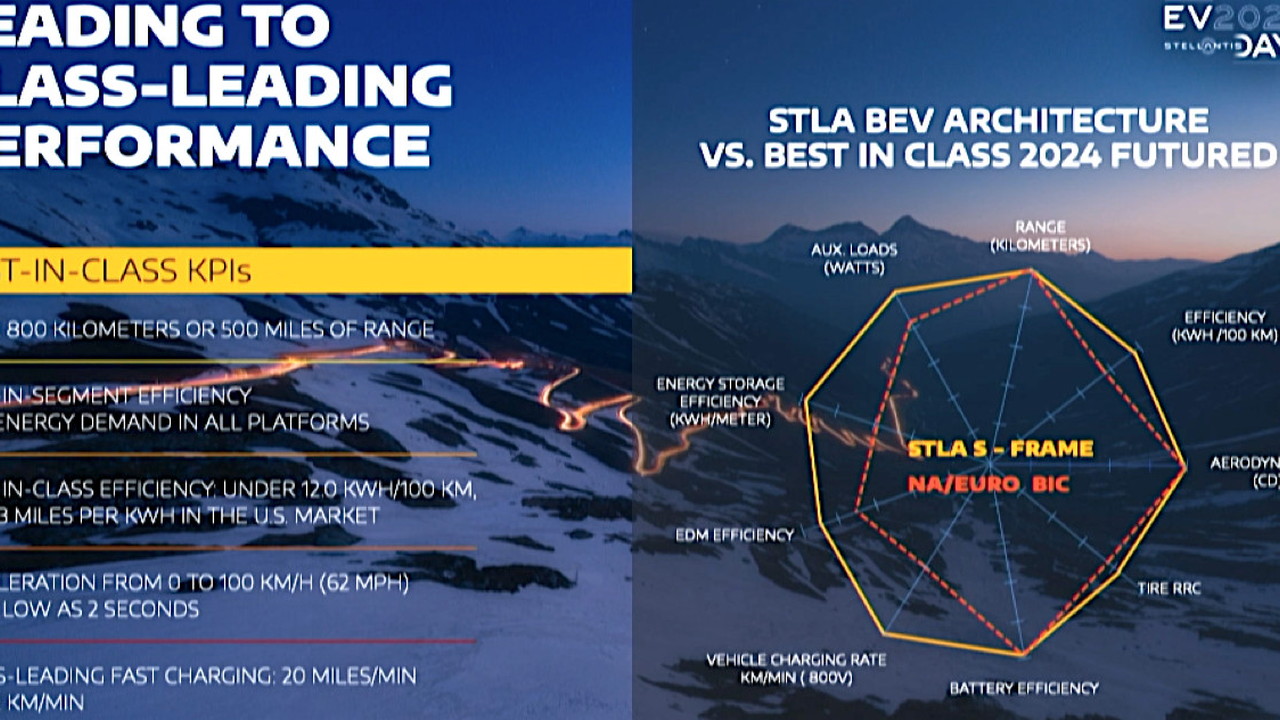 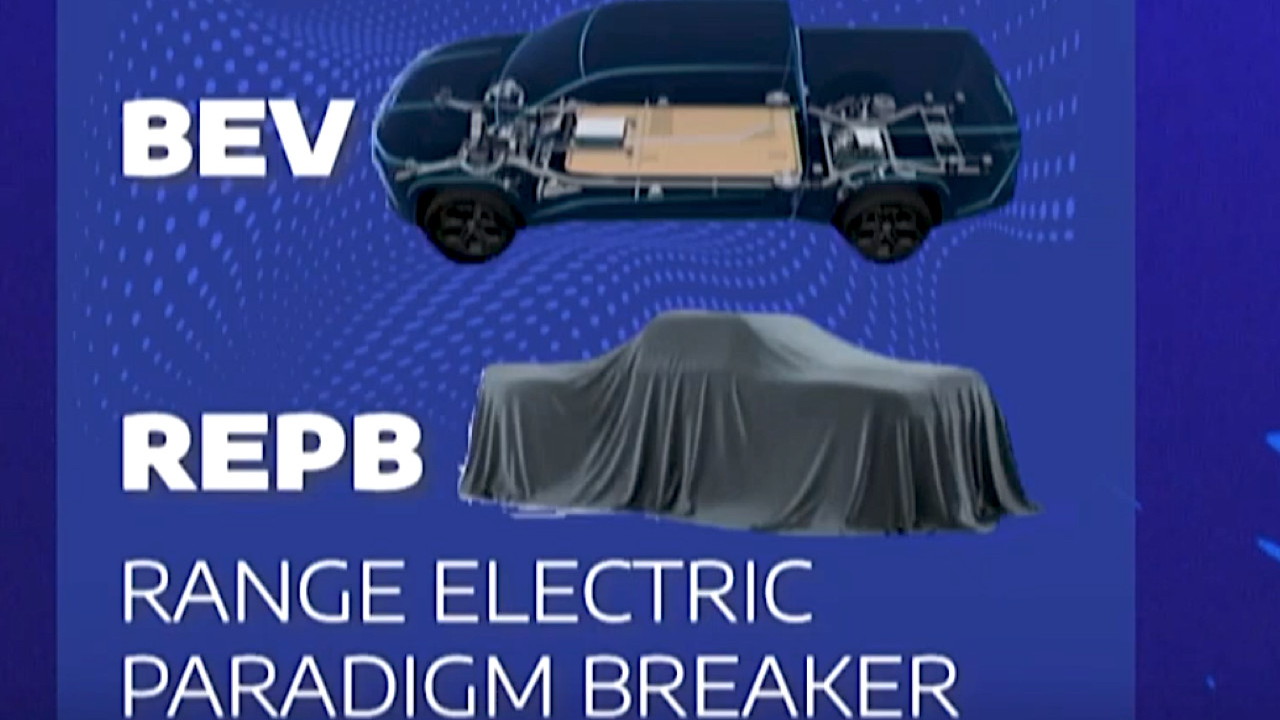 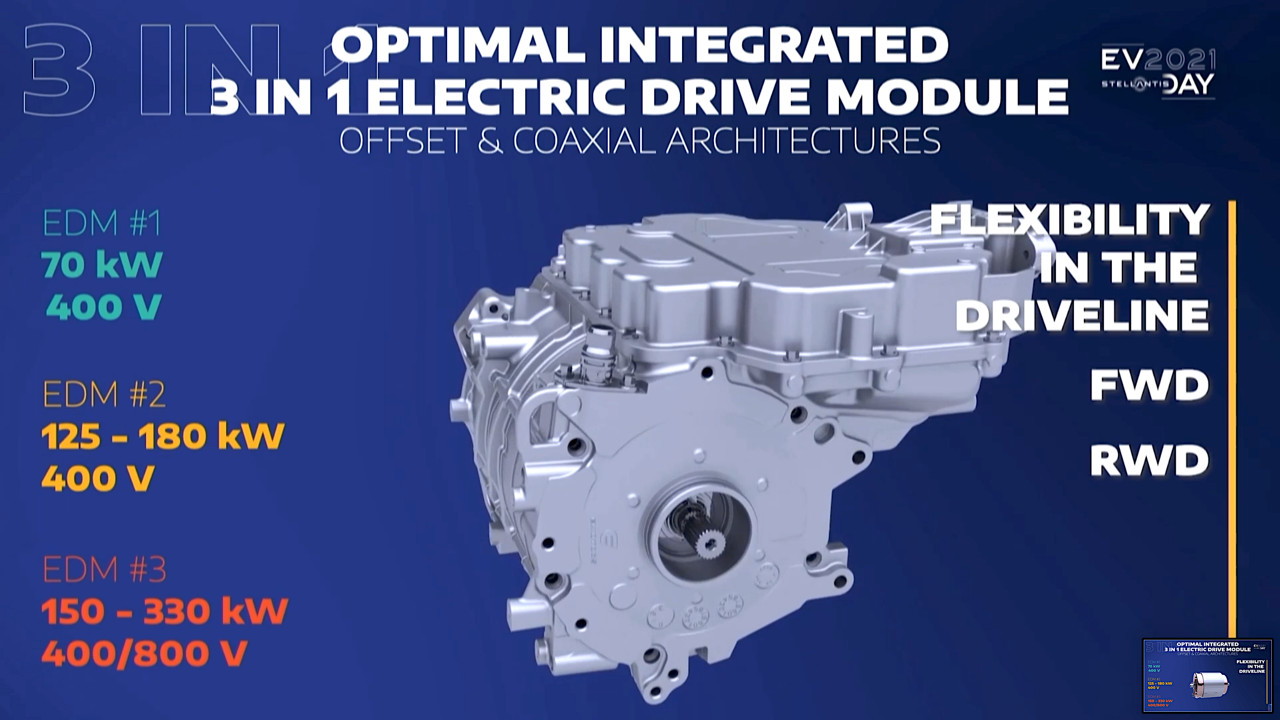 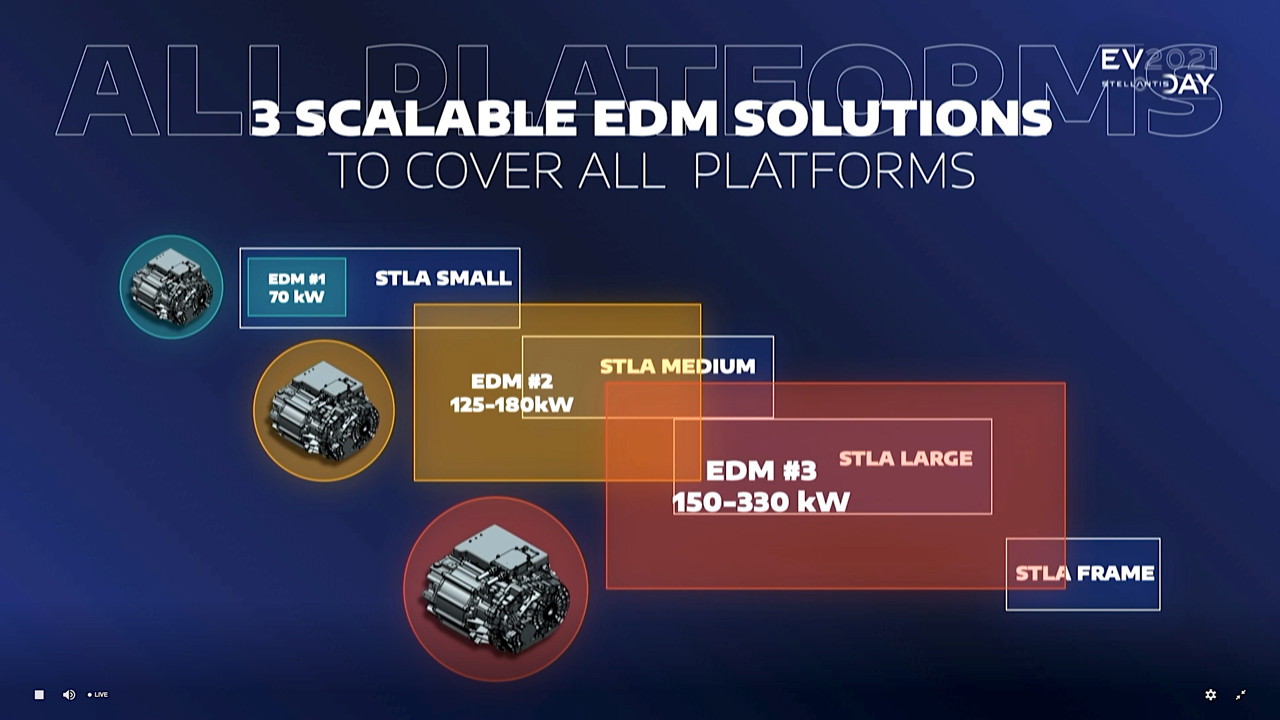 Less than six months after the merger of Fiat Chrysler and France’s PSA, the combined automaker called Stellantis presented on Thursday what could set it up for success in the decade of the electric vehicle: a comprehensive EV strategy, the bandwidth to scale it up, and a big investment.

Although the investment—about $36 billion over five years, all intended toward electrification—is impressive in and of itself, the way in which it plans to scale it across 14 very diverse brands, from Fiat and Peugeot to Alfa Romeo to Ram trucks, shows that this effort spans far beyond FCA’s efforts to merely appease regulators.

The company plans to accommodate everything from minivans to big pickups and vans with four STLA platforms (pronounced “Stella” by some executives, and its NYSE stock symbol): STLA Small, STLA Medium, STLA Large, and STLA Frame.

Targets for the platforms include 500 miles of range, 4.3 kwh/mile efficiency, 0-60 mph acceleration in as little as 2.0 seconds, and 20 miles of range restored per minute. It’s serious about scaling, too, with plans to accommodate up to two million vehicles annually per platform.

Although the platforms themselves will be different, it’s looking to share a high number of common parts between them to maximize efficiencies. Across all of those platforms, three electric drive modules will range from 70 kw to 330 kw each and in single or double configurations accommodate front-, rear-, or all-wheel drive. A single inverter design is scalable, with three different silicon and silicon-carbide versions—something that Stellantis’ head of global propulsion systems Micky Bly, who presented the tech, had hinted to Green Car Reports last year regarding what came after the Wrangler 4xe.

Electric drive modules will also be built in offset and coaxial architectures, so that they can be packaged with either of the platform types.

Stellantis plans to use two different battery chemistries, depending on energy density and cost needs. Starting in 2024, nickel-based cells will provide 600-700 wh per liter and will be packed in modules, while nickel-cobalt-free cells will provide 400-500 wh/l and debut in a cell-to-pack format. From 2026, Stellantis expects a 15% improvement in energy density, and it’s planning for the future viability of solid-state cells around then while using the same “industrial assets.”

That said, the presentation was missing some key aspects. Stellantis didn’t confirm the battery format it intends to use, and it doesn’t yet have a battery partnership for the U.S. Altogether, it’s estimating it will need 260 gwh of annual cell capacity by 2030, supported by five “gigafactories” in Europe and North America.

The platform strategy was given the most detail in a design-related presentation from chief design officer Ralph Gilles, who pointed to the STLA Large platform.

On it, Gilles explained, eight vehicles are already being created, due to market by 2026, and built on the dedicated underpinnings. Work on STLA Large is already well underway in the company’s design studios, and Gilles called the EVs “some of the most beautiful cars we’ve designed yet—fully connected and fully electrified on the outside, as well as on the inside.”

Gilles, who stepped out of an unnamed Chrysler crossover concept that was shown briefly, pointed to a long-range luxury sedan, an all-conquering muscle car, a heart-of-the-market CUV, a heart-of-market SUV, “a very capable Jeep off-roading whitespace opportunity vehicle,” and a new mid-size truck.

Eventually the STLA Large platform will touch all 14 of Stellantis’ brands, he said. Very little info was revealed about the vehicles that might be built on the STLA Small and Medium platforms, although executives hinted that the STLA Frame platform will be the basis for Ram trucks and perhaps commercial vehicles. Concrete examples were shown for Jeep and Dodge, and many of the company’s European brands didn’t appear represented in the presentation—although it did disclose that Opel will be going all-electric by 2028, with a new Manta-inspired EV.

Stellantis said that there will be a major push toward the internal development of software to go along with those new EVs. The company plans to soon disclose more about that, and especially how it will be able to evolve these platforms well into the next decade thanks to software.

Overall, the approach from Stellantis is different than that of GM or Ford as while it hinges on economies of scale, it didn’t yet entirely show how it’s going to get there on the battery front. In the meantime, battery sourcing is everything and we look forward to hearing how it’s going to ramp it up in North America.