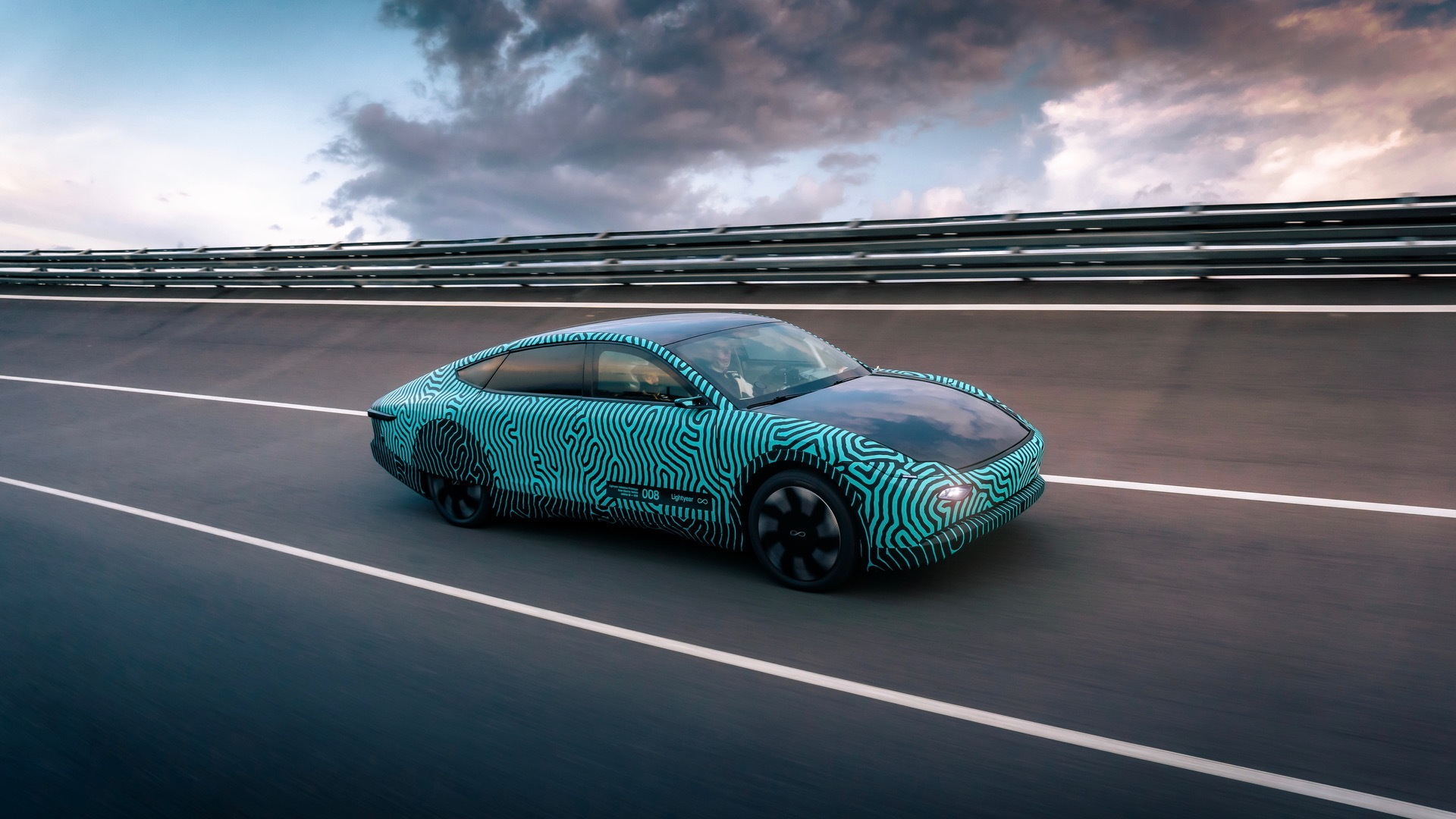 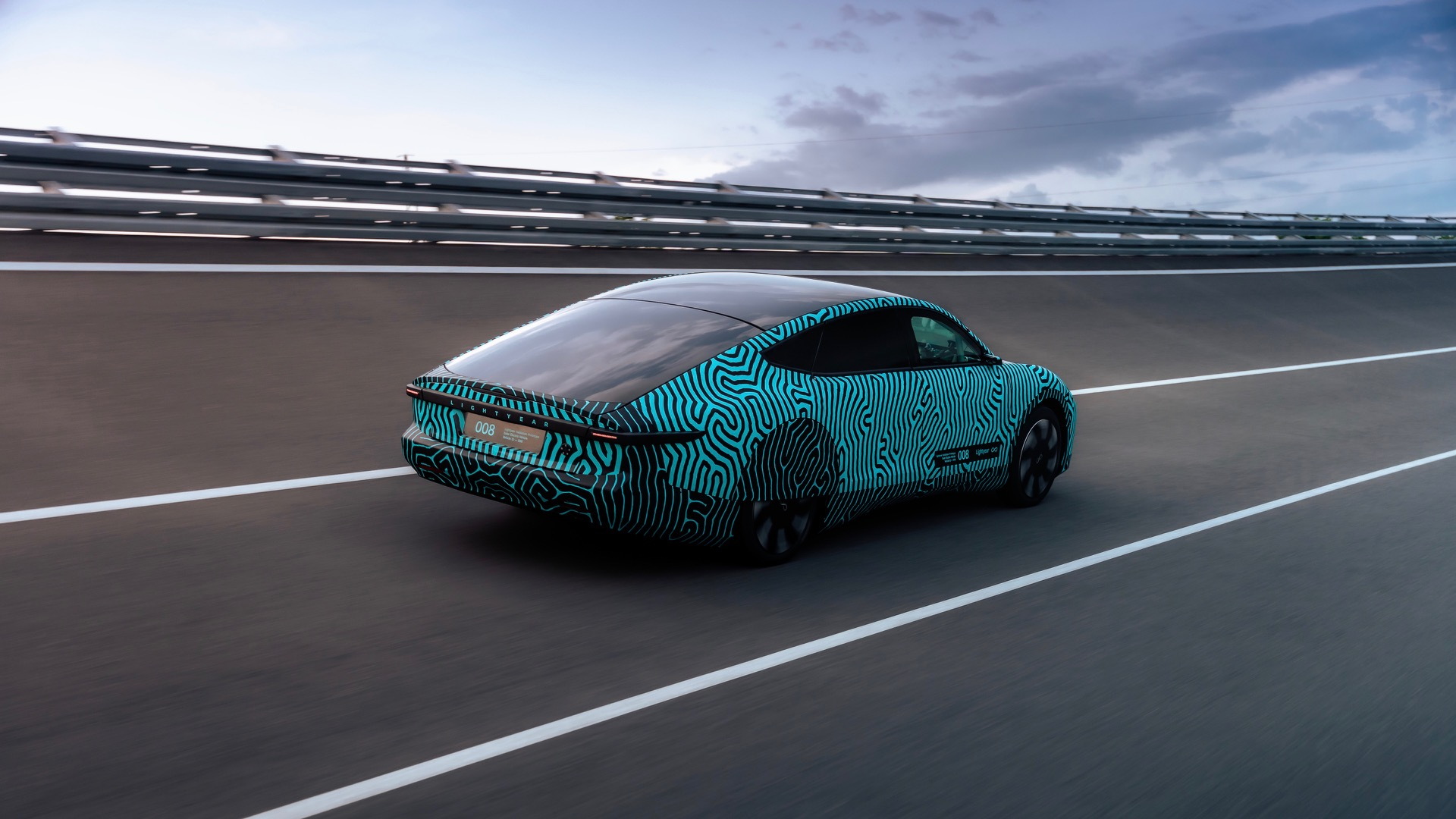 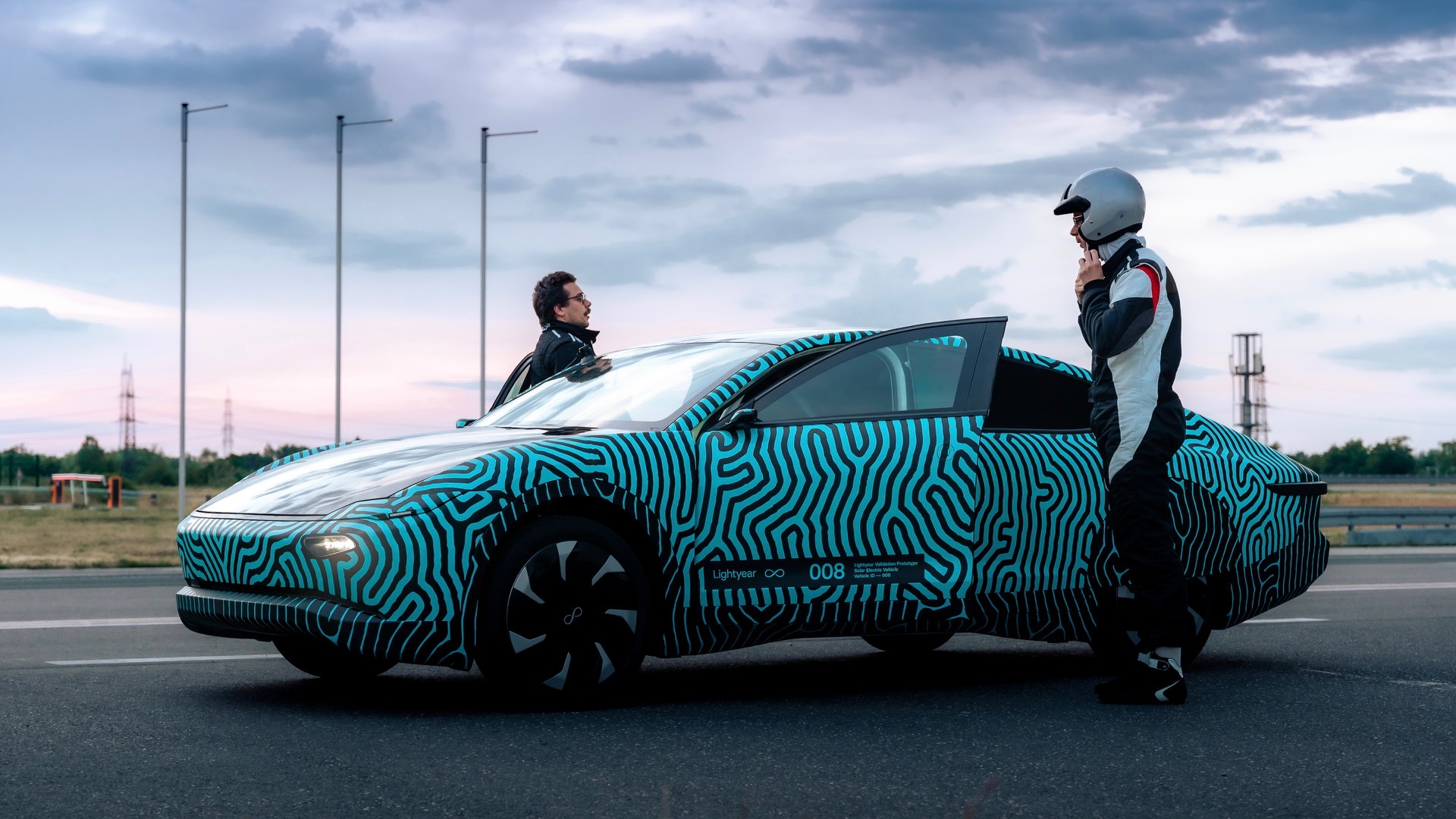 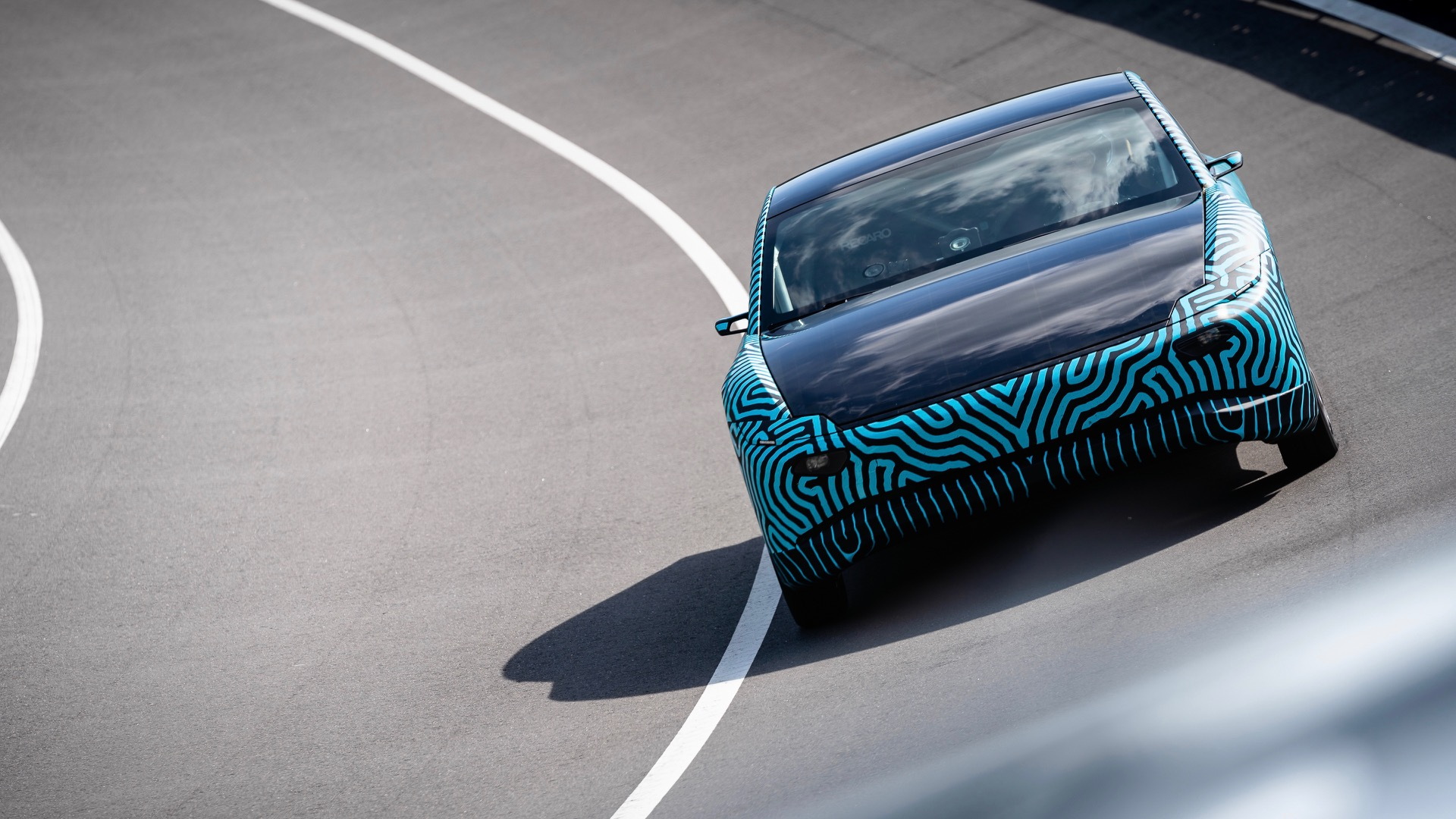 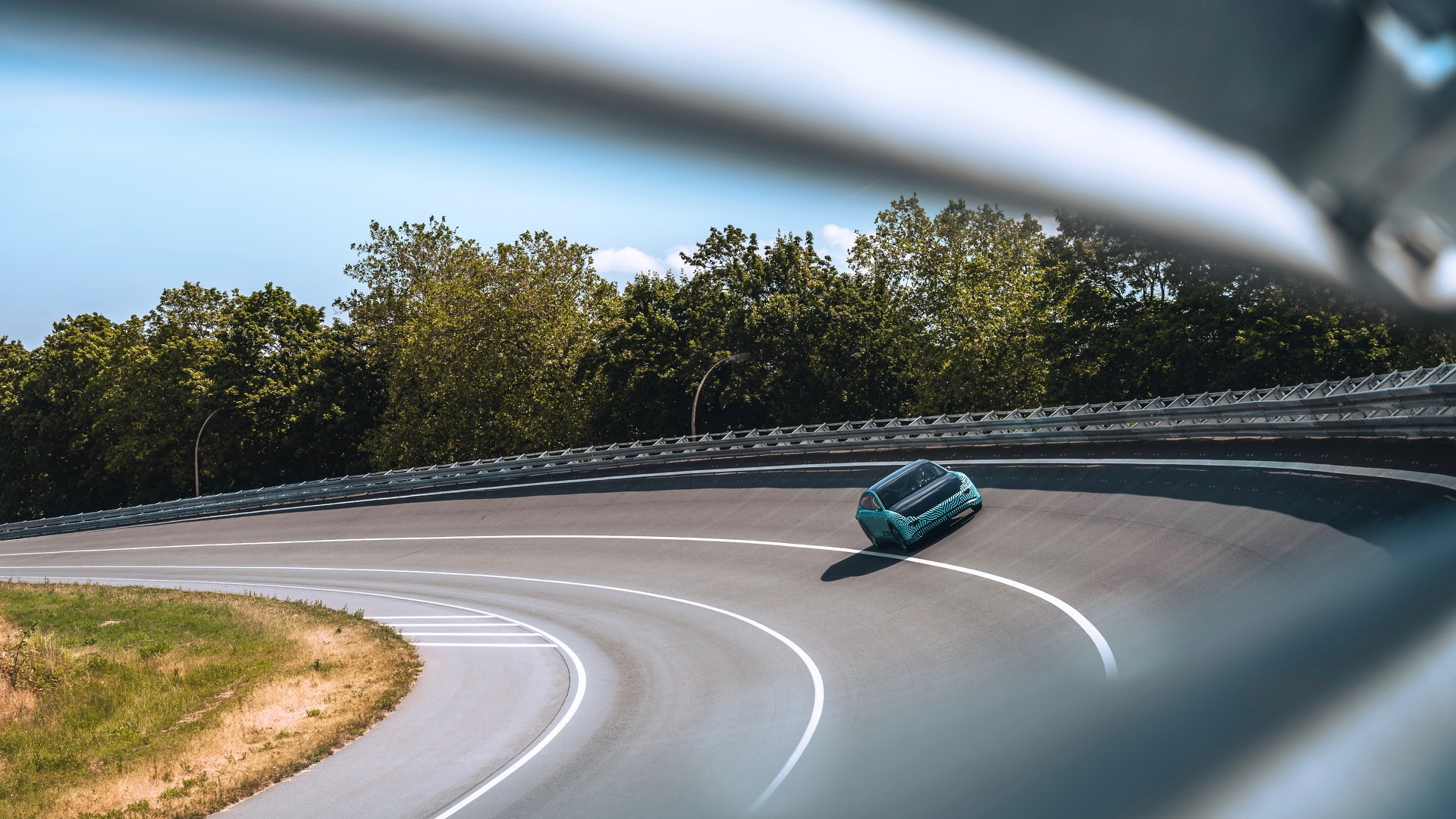 The Lightyear One solar-supplemented EV was driven 440 miles on a test track on a single charge of a 60-kilowatt-hour battery pack, Lightyear claims.

The test was conducted using a "validation prototype" at the Aldenhoven Testing Center in Germany, last month, Lightyear said in a press release. While a closed course is very different from real-world driving conditions, it's a notable result, as Lightyear uses a much smaller battery than Tesla does to achieve an EPA-estimated 405-mile range with the Model S Long Range.

Lightyear believes keeping the battery pack small is important, because it makes the car more affordable. The company attributes its range claim to efficiency and the car's roof-mounted solar panels.The results were also achieved at 53 mph, so they'll only be truly relevant if the United States brings back the 55-mph speed limit.

At that speed, the Lightyear One achieved energy consumption of 7.3 miles per kwh, which is about 50% less than the most-efficient EV currently on sale, according to the company. Lightyear also believes there's room for improvement, noting that development is ongoing.

To maximize efficiency, Lightyear specified low rolling-resistance tires from Bridgestone, and gave the car a very low claimed drag coefficient of under 0.20. The company's CEO, Lex Hoefsloot, pointed to "the most efficient inverters on the planet" and efficient in-wheel motor technology as key technology pieces.

However, the main selling point of the Lightyear One is its solar roof, which consists of 53 square feet of solar cells, and allows the car to be driven for months at a time without plugging into a charging station, the company claims.

Lightyear was founded by members of a winning World Solar Challenge team, with the goal of applying solar technology to production cars. This will allow drivers to "leapfrog the grid" and rely less on charging infrastructure, the company claims, and could potentially lighten the load on the grid by reducing the need for charging.

Production is scheduled to start in early 2022, but will be capped at 946 units in the first year. Lightyear plans to fully ramp up production in 2024.