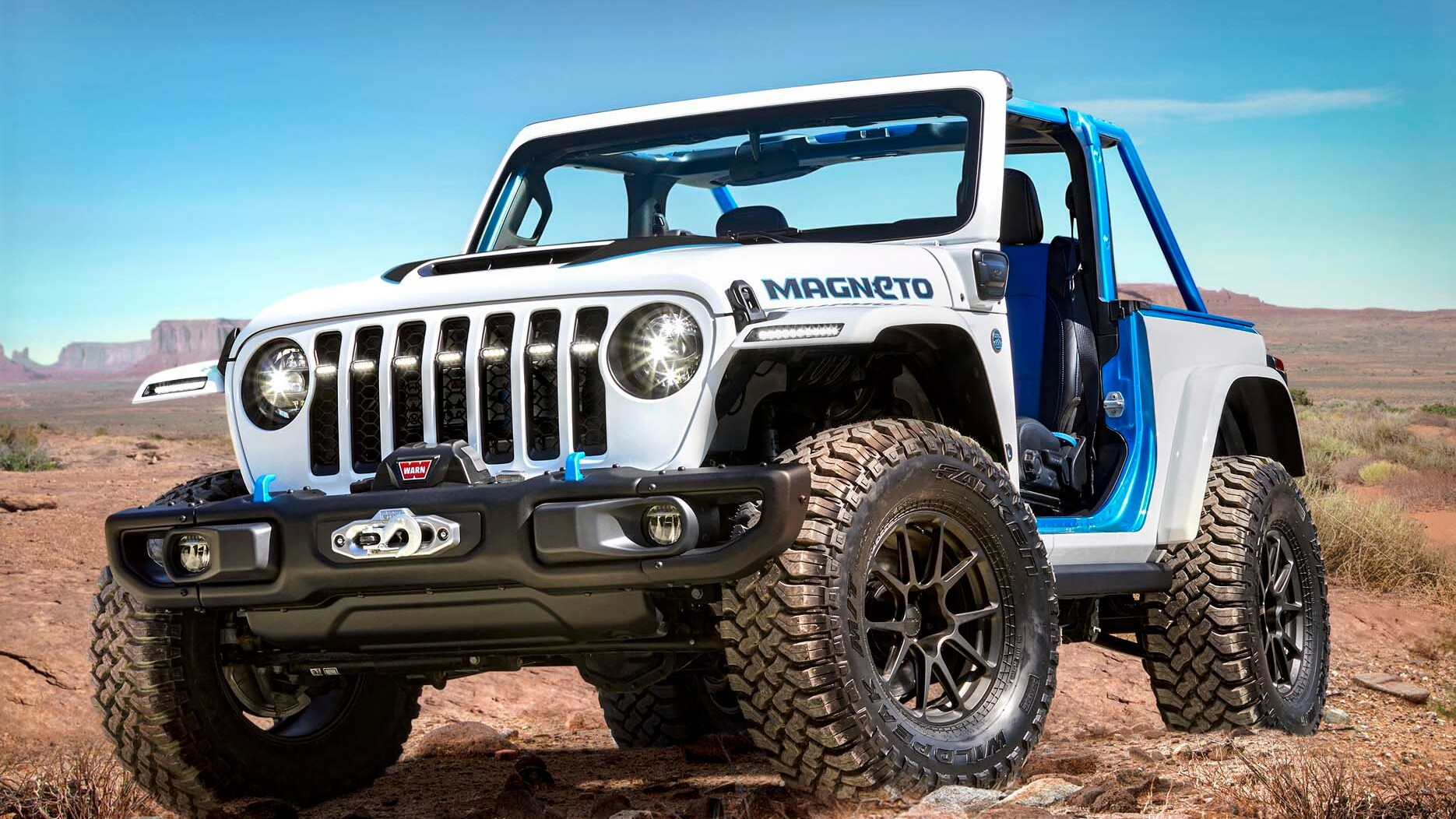 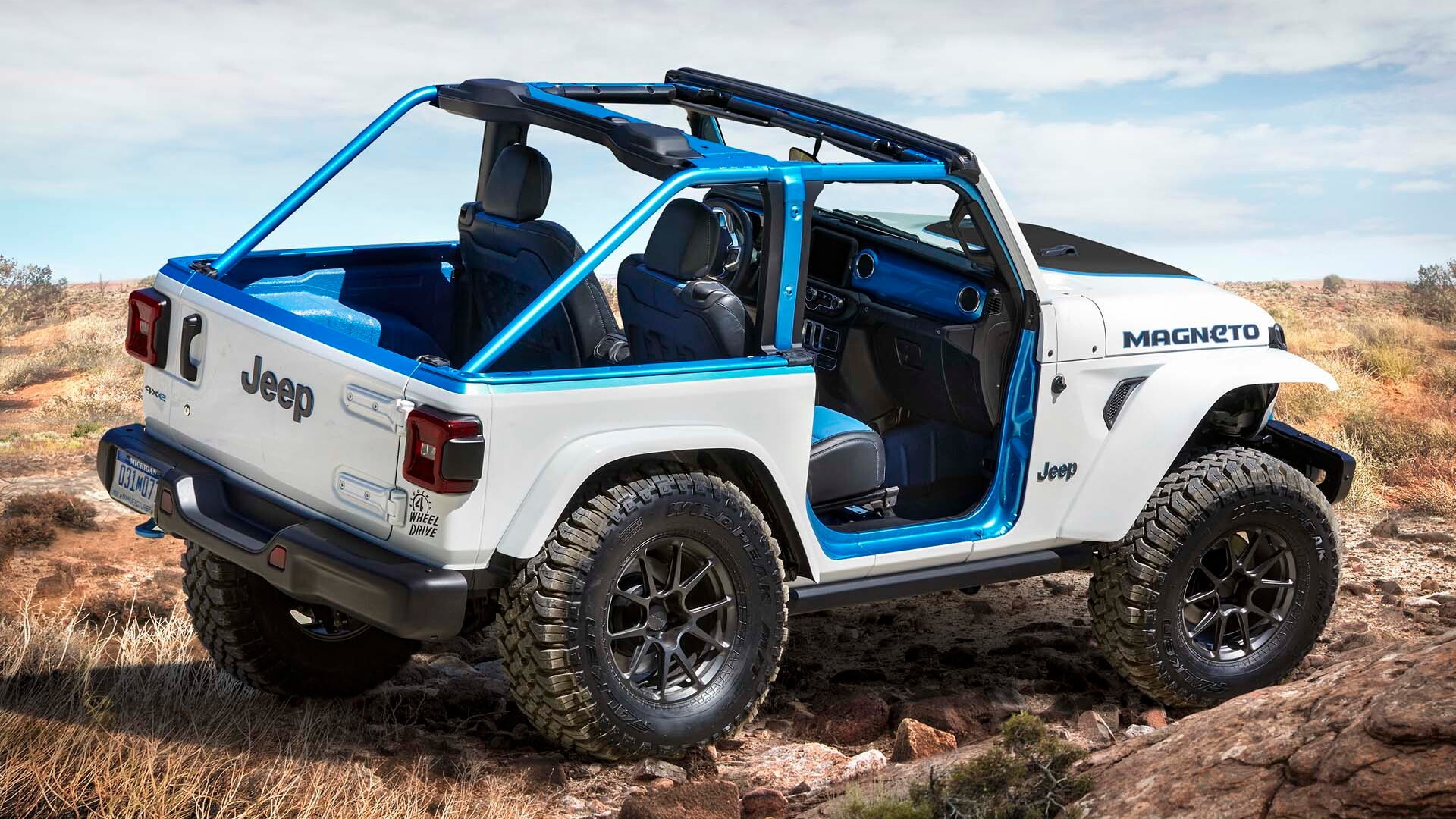 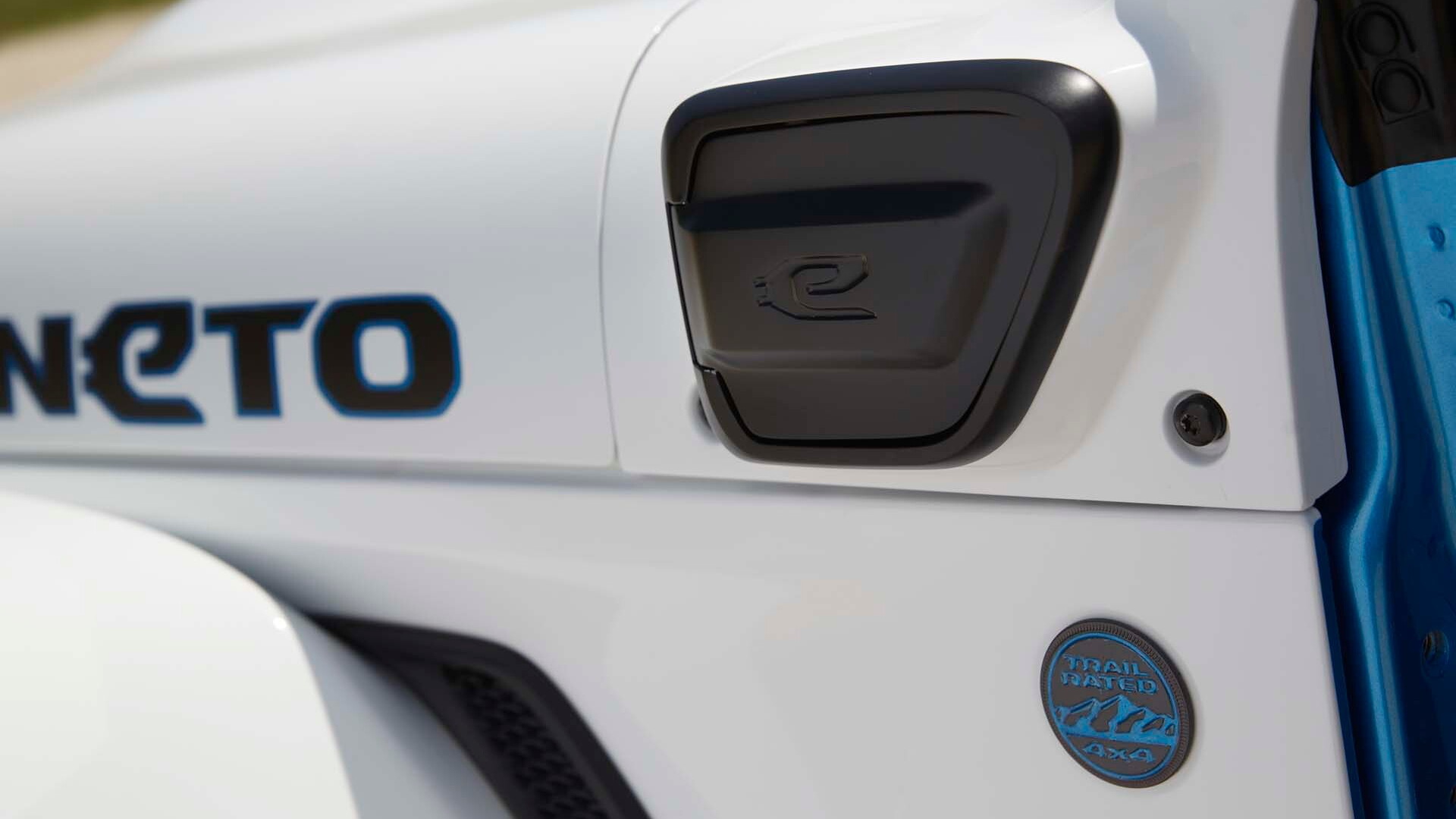 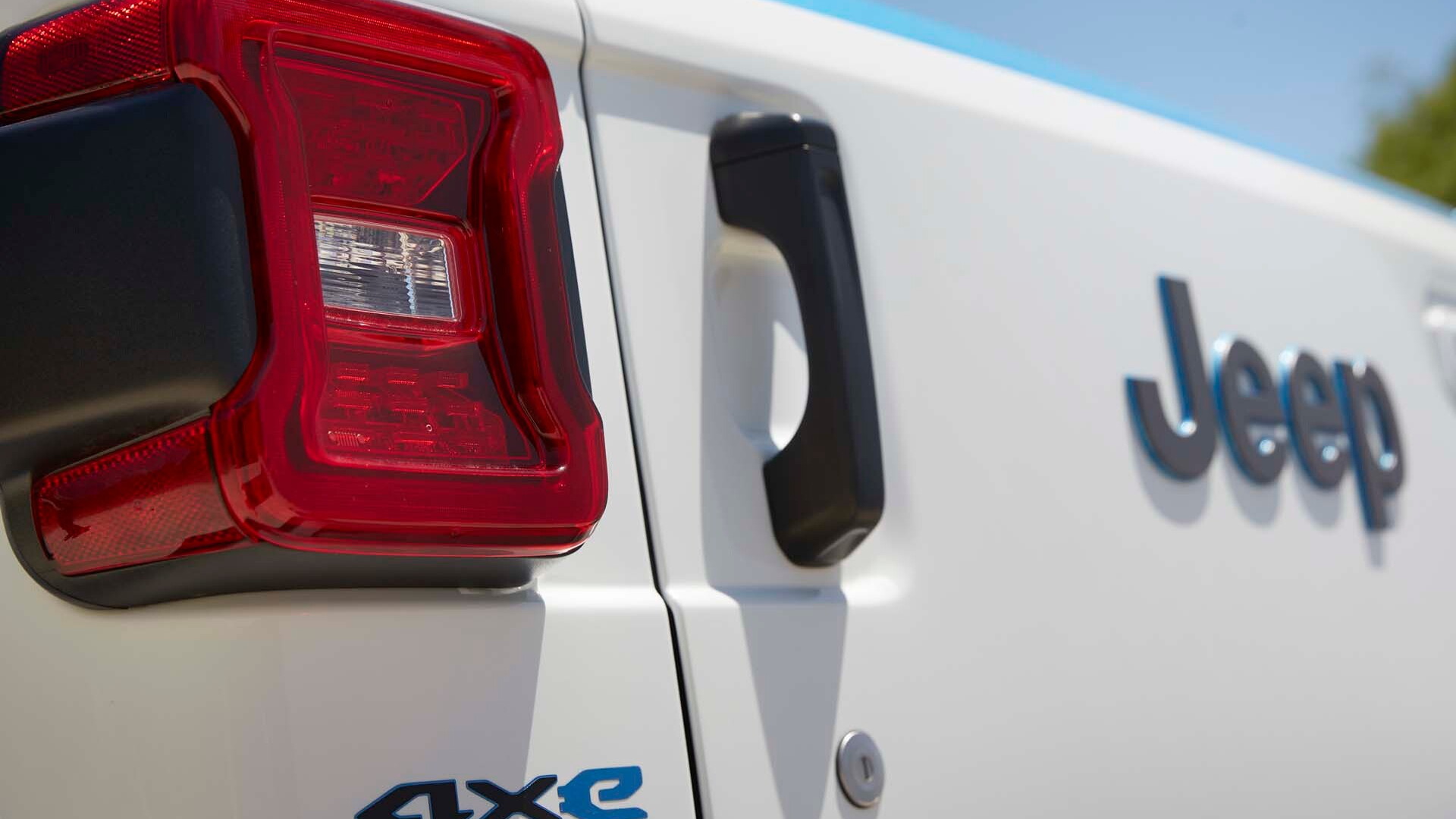 Jeep has said that battery-electric models are in the brand’s future. Yet the fully electric Jeep Wrangler first shown Monday is what amounts to a concept truck at the early idea stage.

The reveal of the model, called the Jeep Magneto concept, came in advance of the annual Easter Jeep Safari, set for March 27 to April 4 in Moab, Utah.

The Magneto concept doesn’t say a tremendous amount about a future fully electric Wrangler. Somewhat like when GM showed a fully electric Chevy eCOPO Camaro at SEMA a few years ago, the concept appears to be the brand’s way of getting its enthusiasts’ heads—perhaps more than its own—around making an all-electric version of a model that up until now has worn internal combustion on its sleeve.

Jeep mentioned a three-year timeline over which it plans to improve on the Magneto concept. So a fully electric Wrangler might not arrive until 2024 or so.

Like a third-party upfit conversion of a gasoline vehicle (which it might as well be), the Magneto has a 6-speed manual transmission—still with a clutch pedal. In such conversions the driver would likely use the accelerator and brake most of the time, setting and leaving it in one of the taller gears.

The Magneto has 70 kwh of battery capacity, at 800 volts and split among four Webasto air-cooled lithium-ion battery packs. The layout tracks closely to what the brand teased earlier this year, with one pack up where the engine would be, one in back, and two toward the rear axle and tucked inside the frame rails—assuring it’s still good for rock-crawling.

It’s also doubled up on 12-volt accessory batteries, with two of them, kept topped off with a DC-DC converter, for auxiliary systems and accessories—including a winch. Waterproof enclosures for everything means it can still wade through 30 inches of water.

A single electric motor feeds the Wrangler’s otherwise carried-over drive systems and makes the same 285 hp and 273 lb-ft of torque as the Wrangler’s 3.6-liter V-6 would. The 5,750-pound SUV can get to 60 mph in 6.8 seconds.

According to Jeep, the Magneto has onboard AC charging but no DC fast-charging. Range was undisclosed.

The Wrangler’s stout body-on-frame layout wouldn’t work with a skateboard layout and thin underfloor battery pack, so the concept admits to realities, stashing four smaller packs within the frame rails, in locations where they wouldn’t be as vulnerable and wouldn’t impair the model’s sacred approach, departure, and breakover angles.

The 2021 Jeep Wrangler 4xe plug-in hybrid is due to reach dealerships this month; it has a 17.3-kwh battery pack and the addition of a primary propulsion motor to the 8-speed automatic transmission and 2.0-liter turbo-4 engine, allowing an EPA-rated 22 miles of electric operation.

Jeep plans to build a network of solar-powered chargers near some popular off-road trails so as to encourage all-electric trail-running—a move that might be the smartest as it prepares for that actual electric Wrangler.

This isn’t the first Jeep concept that has given electric propulsion top billing. In 2009, the brand showed the Patriot EV Concept, a range-extended EV that offered about a 40-mile range before a 60-hp range-extender kicked in for longer trips.