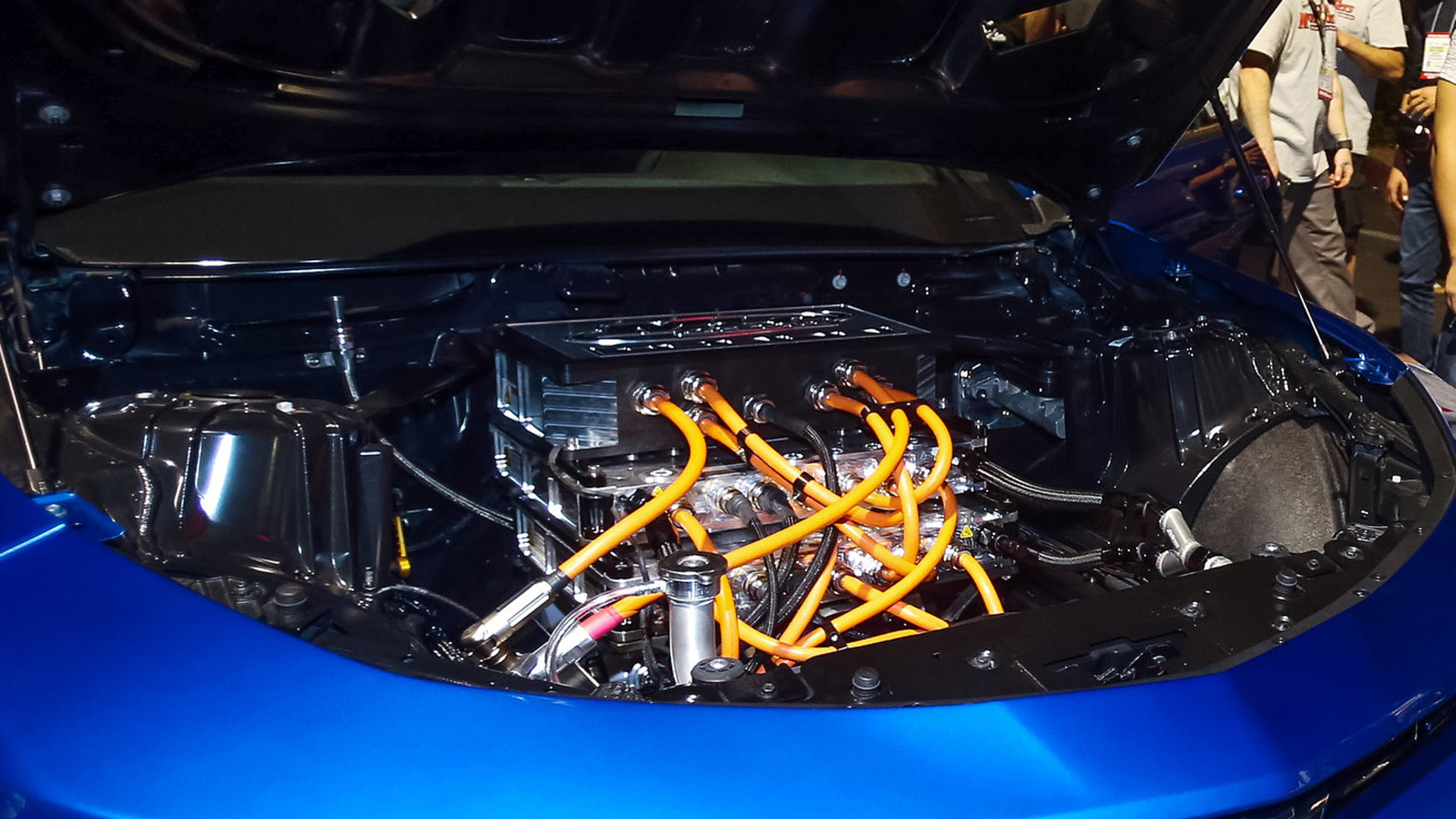 Monday night at the Specialty Equipment Manufacturers' Association gathering in Las Vegas, Chevrolet revealed an electric concept version of its drag-race focused COPO Camaro. The company says the eCOPO Camaro should be able to cover the standing quarter mile in about 9 seconds with more than 700 horsepower and 600 pound-feet of torque.

The big news for electric car fans though is that the concept uses GM's first application of an 800-volt electrical system, which should allow charging in as little as 10 to 15 minutes, though the company did not reveal the capacity of the battery pack.

That figure is on par with other automakers developing electric cars with 800-volt battery systems, such as the Porsche Taycan (nee Mission E) and the Aston Martin RapideE.

In September, GM revealed that it is developing an "extreme fast charger" that can deliver up to 180 miles of range to an electric car in 10 minutes.

The chief advantage of 800-volt battery systems is that they can accept a faster charge (and produce more power) than lower-voltage systems.

READ THIS: Porsche Taycan specs trickle out ahead of debut next year

Chevrolet says the eCOPO Camaro uses four 200-volt battery modules: two where the rear seat used to be, and two in the trunk, which give the car 56 percent rear weight bias for grippier launches on the drag strip.

In revealing the eCOPO Camaro, GM also hinted that it could make the electric motor and powertrain from the car available as off-the-shelf parts for would-be electric racers.