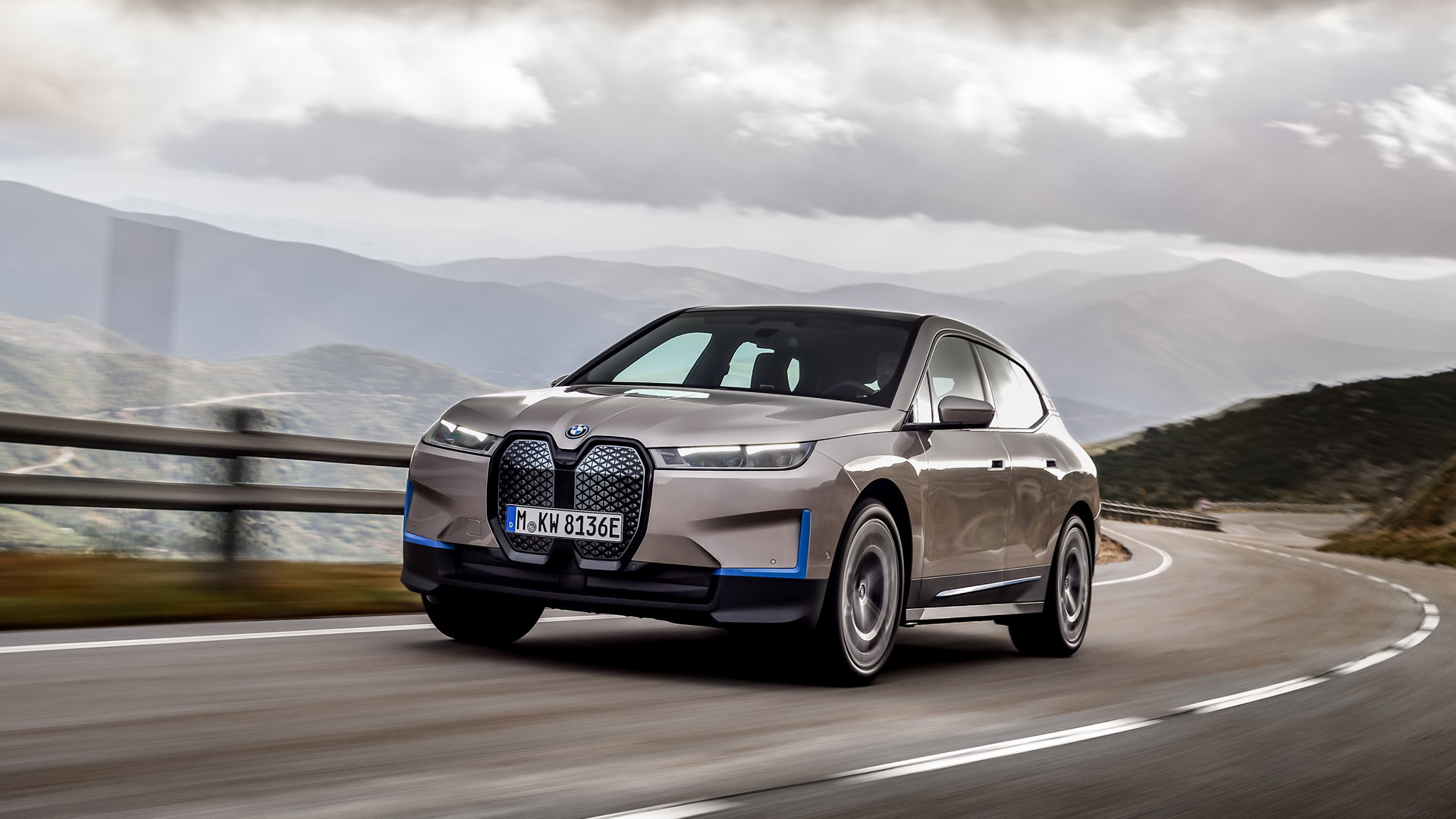 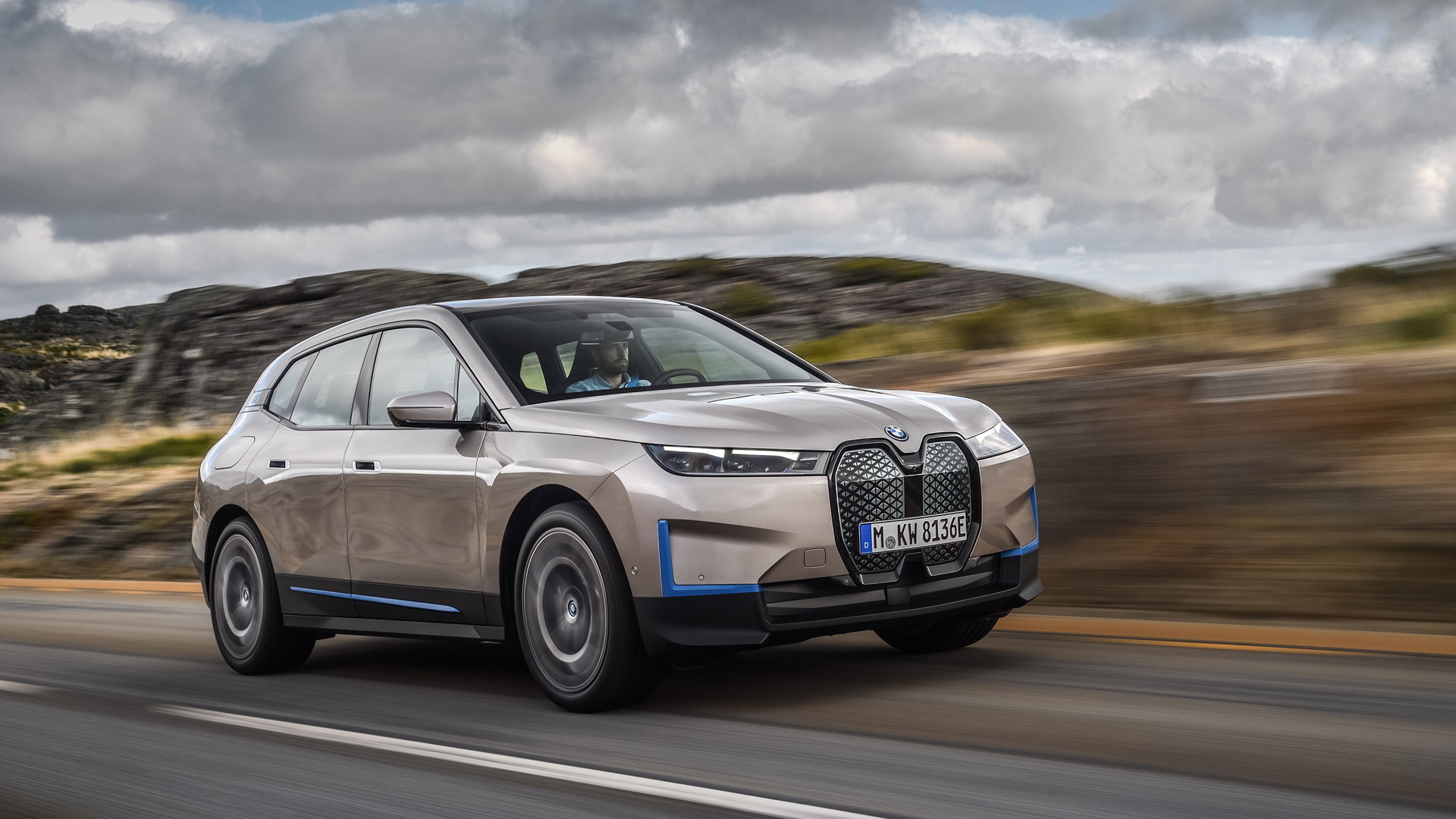 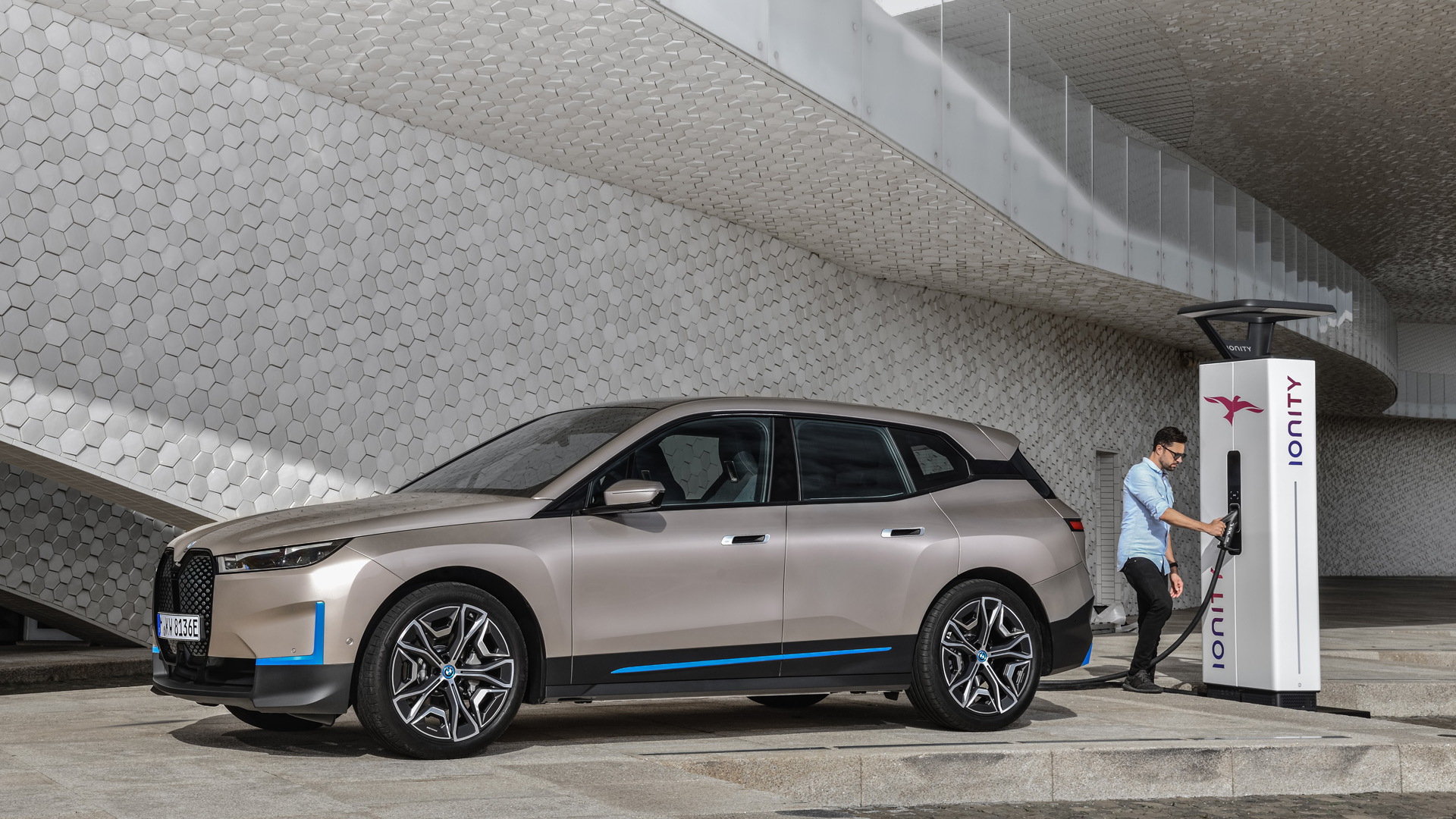 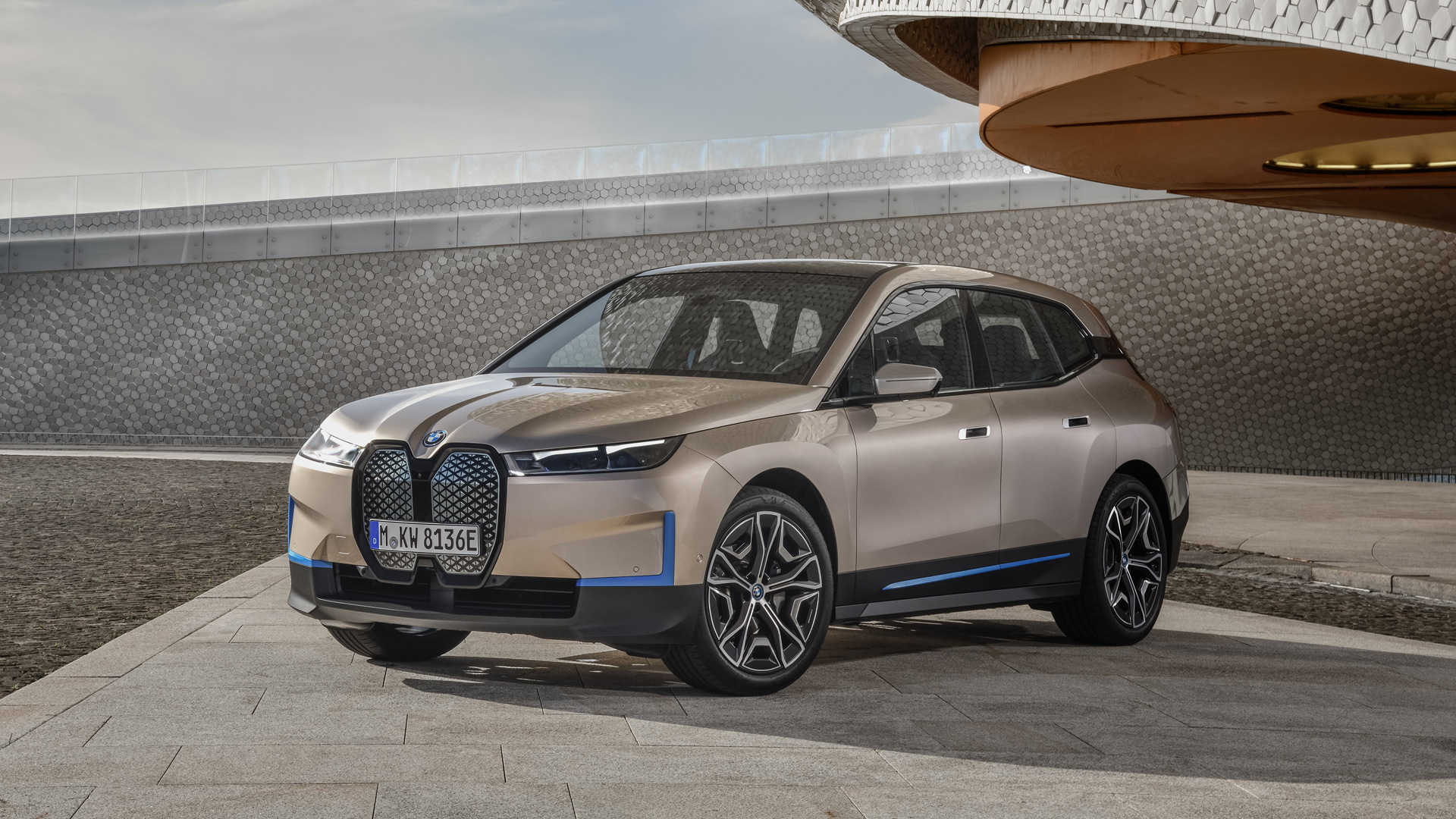 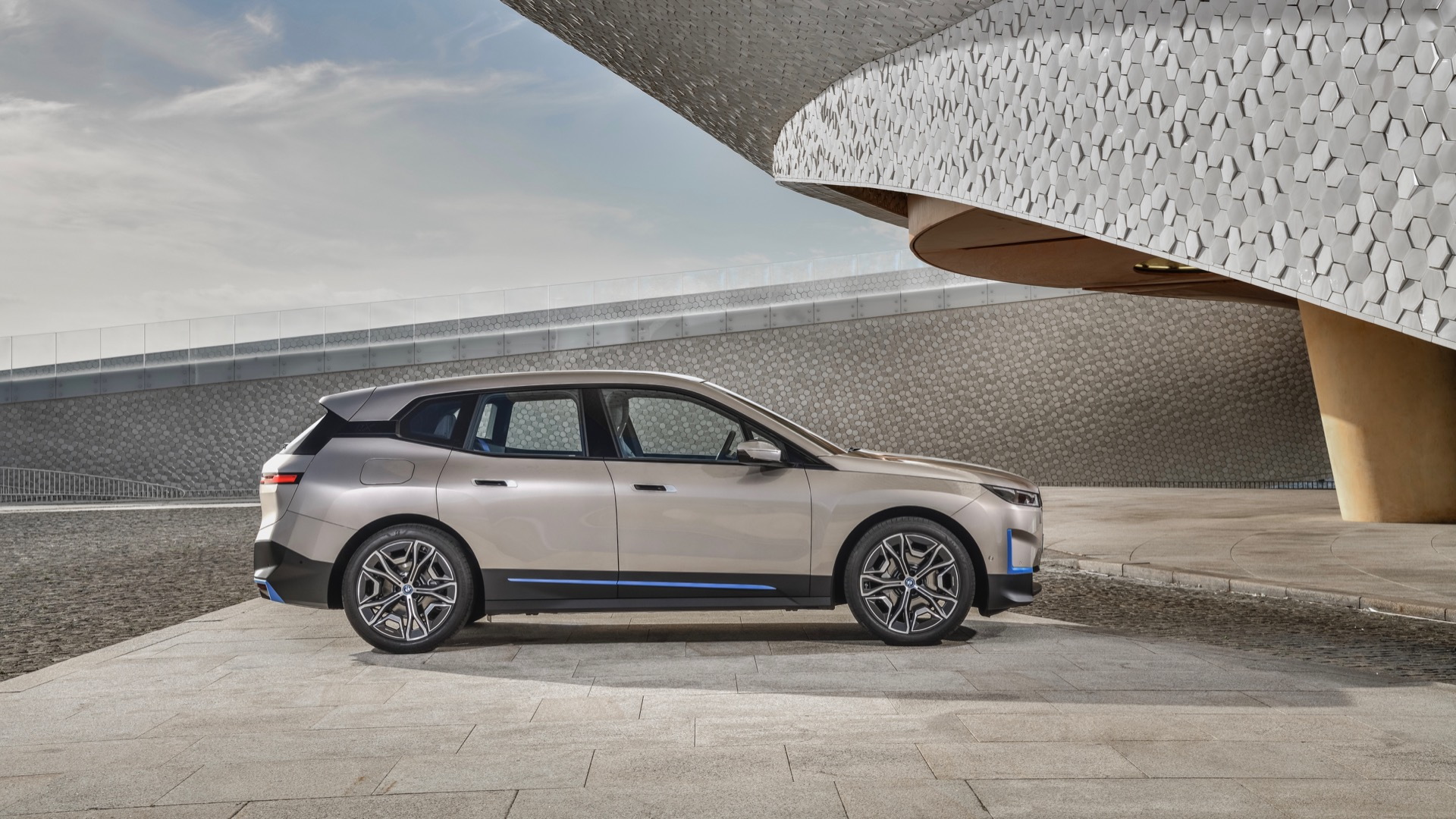 The BMW iNext electric SUV has been teased numerous times, but on Wednesday we finally got the first details of the production version, along with confirmation that the name will be shortened to BMW iX for the SUV's launch in late 2021, likely as a 2022 model.

The iX has retained some of the styling of the original iNext concept car, including a large grille that is likely to prove controversial. It also follows the popular "SUV coupe" styling trend, with a fairly low roofline combined with a high-riding SUV body. So while the iX roughly matches the gasoline X5 in length and width, it's closer to that model's X6 sibling in height, according to BMW.

The body structure consists of an aluminum space frame and "Carbon Cage" to save weight, while the shape of the body gives the iX a drag coefficient (Cd) of 0.25—the same as a Tesla Model X.

One electric motor powers each axle, enabling all-wheel drive. Combined output is 500 horsepower, which will get the iX from 0-62 mph in under 5.0 seconds, according to BMW. The automaker said these fifth-generation electric motors were also manufactured sustainably, without using rare earth metals.

A 100-kilowatt-hour battery pack provides 372 miles of range on the European WLTP testing cycle. BMW said that should be equivalent to 300 miles on the United States EPA testing cycle, but also noted that figures hadn't been finalized.

The iX is equipped for DC fast charging at up to 200 kilowatts, allowing for a 10% to 80% charge in 40 minutes, or recovery of 75 miles of range in 10 minutes, according to BMW. With the 11-kw onboard charger, Level 2 AC charging should take less than 11 hours, the automaker said.

BMW designed the iX with advanced driver-assist features in mind. It has 20 times the computing power of previous vehicles, the automaker said, and sensors are cleanly integrated with the bodywork. BMW even gave the iX an octagonal steering wheel that, the automaker has said, helps drivers identify which way the steering is pointed when taking over from an automated system. However, details of this driver-assist tech were conspicuously absent from BMW's press release.

As a dedicated electric model, the iX essentially represents the reboot of the BMW "i" sub-brand, which began with the i3 electric car and i8 plug-in hybrid. It's one of several new electric models from BMW.

In 2019, BMW announced that it would launch 12 new electric cars (along with 13 plug-in hybrids) globally by 2025. But the automaker soon pulled ahead those plans, saying a few months later that it would have 25 new "electrified" models on sale by 2023, the majority all-electric.

But BMW then decided not to bring the iX3 electric SUV, made in China, to the U.S. While the gasoline X3 is BMW's bestselling model in the U.S., the iX3's relatively short predicted range, and the fact that it was designed only with rear-wheel drive, led to concerns that it would be a poor fit for this market.