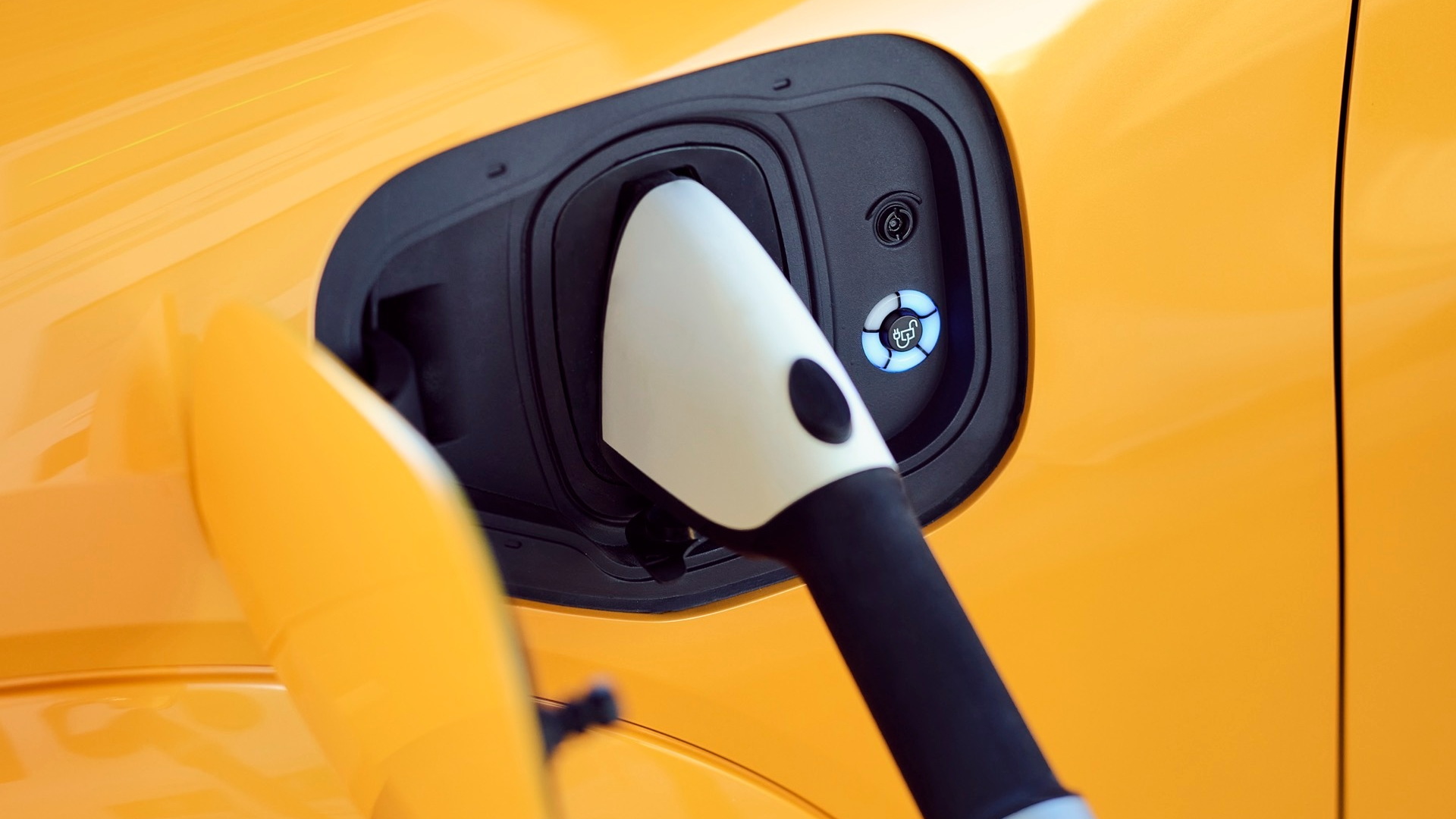 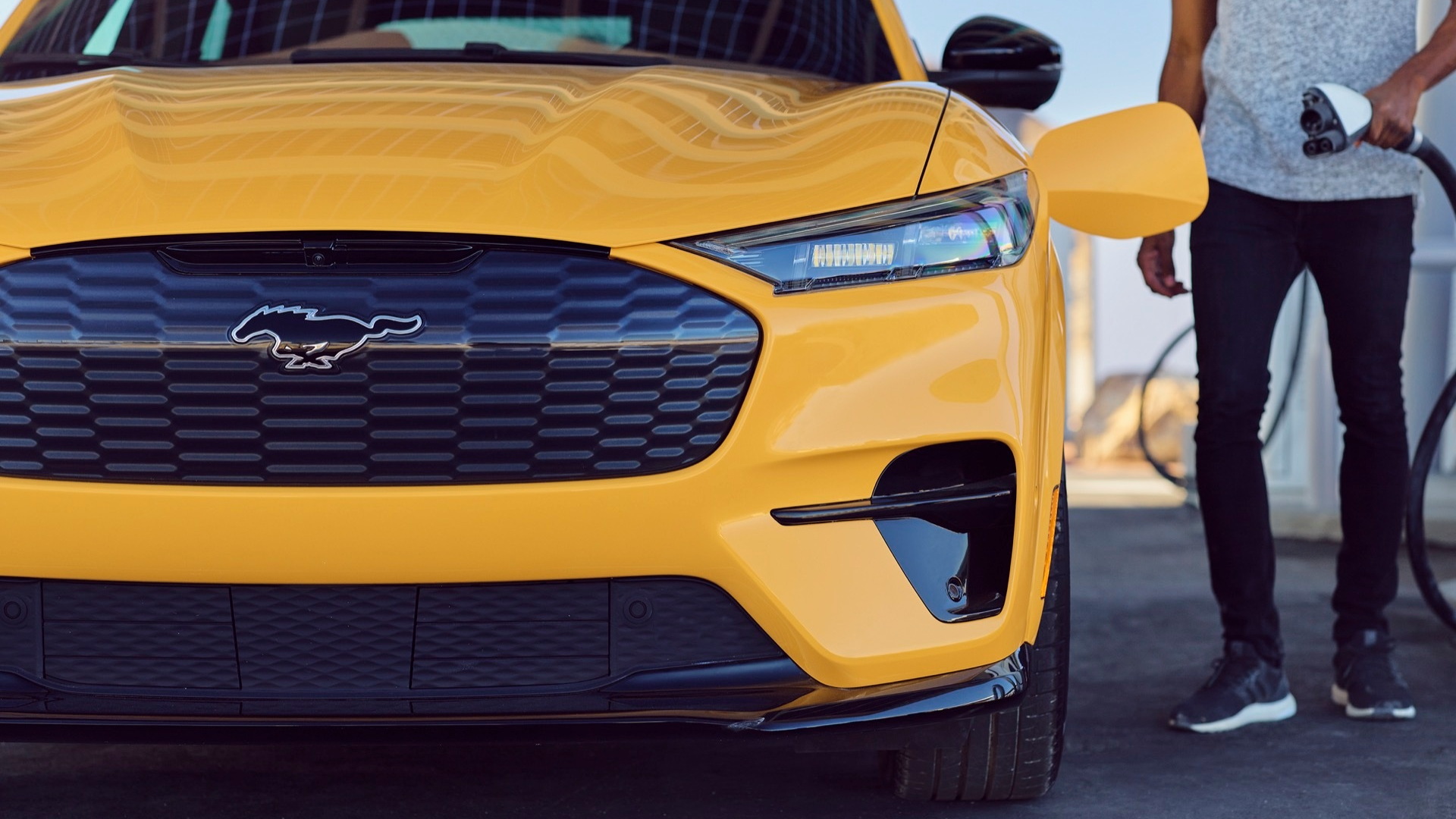 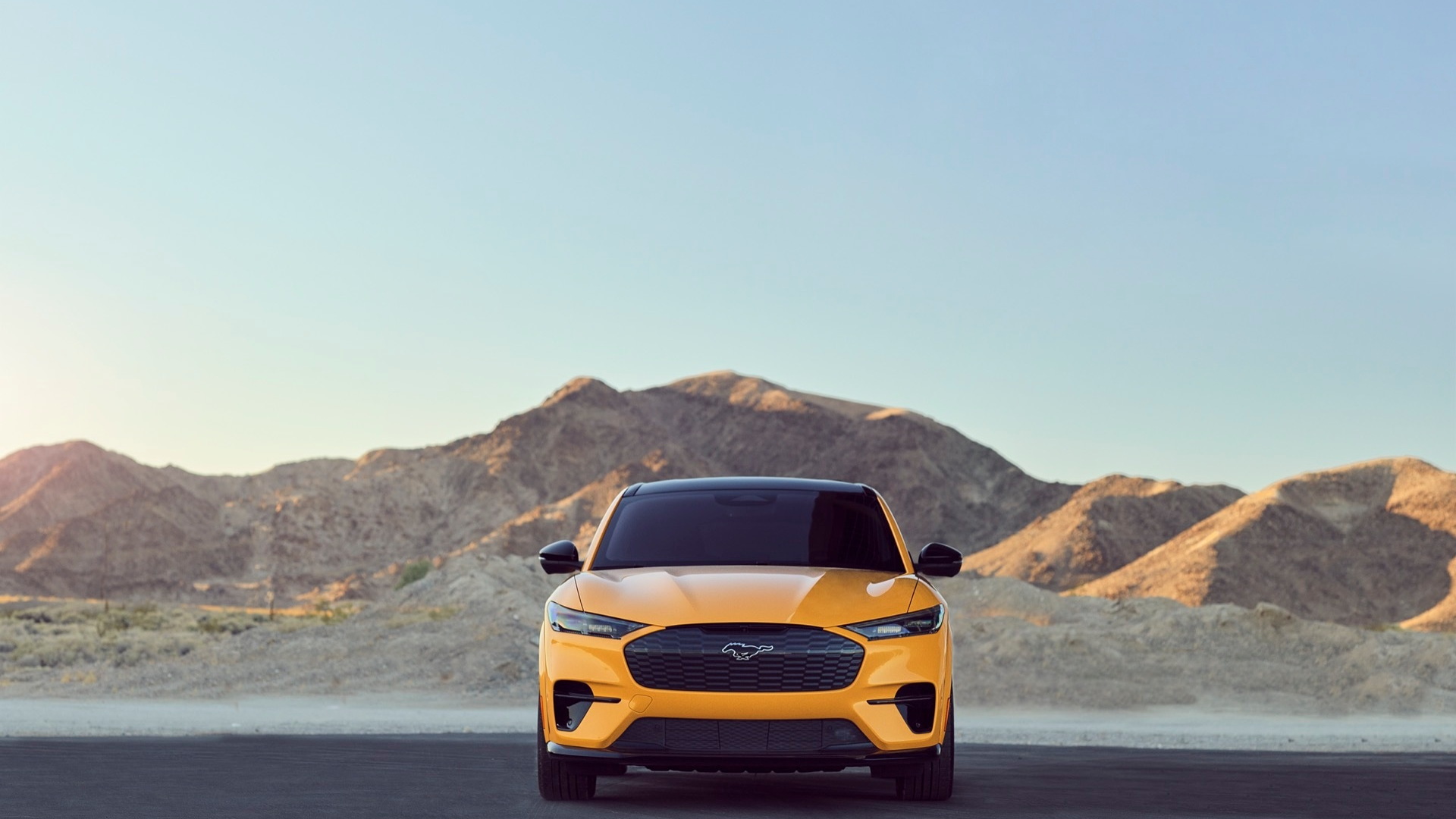 Ford on Tuesday confirmed a little more information about the Mach-E GT Performance Edition, which will be offered for order in spring 2021 and delivered starting late summer 2021.

The Performance Edition will deliver 480 horsepower and 634 pound-feet of torque through dual motors, and the 0-60 mph time looks promising as it matches that of the Tesla Model Y Performance, at 3.5 seconds to 60 mph.

The 3.5-second 0-60 mpg time is exactly what Ford quoted last November when the Mach-E was originally previewed. However there’s much that Ford hasn’t yet released for a proper Mach-E vs. Model Y compare—such as a top speed for the Performance Edition. The Model Y can hit 155 mph.

Just like the Mustang coupe and convertible, the Mach-E GT Performance Edition is offered in a range of attention-getting colors—including hues of orange, gray, metallic red, black, and silver, and the Grabber Blue color that’s become synonymous with Mustang performance editions.

So far, the Mach-E won’t come anywhere close to matching the Model Y in its performance guise. While the Model Y Performance achieves 303 miles, the Performance Edition version is expected to muster a targeted 235-mile range.

At present, the Model Y Long Range rates at 326 miles of range, while the Mach-E at launch will rate up to 300 miles.

But with the Mach-E’s potential for over-the-air updates, the potential is there for plenty of rematches, in performance especially, in what might amount to a healthy rivalry.