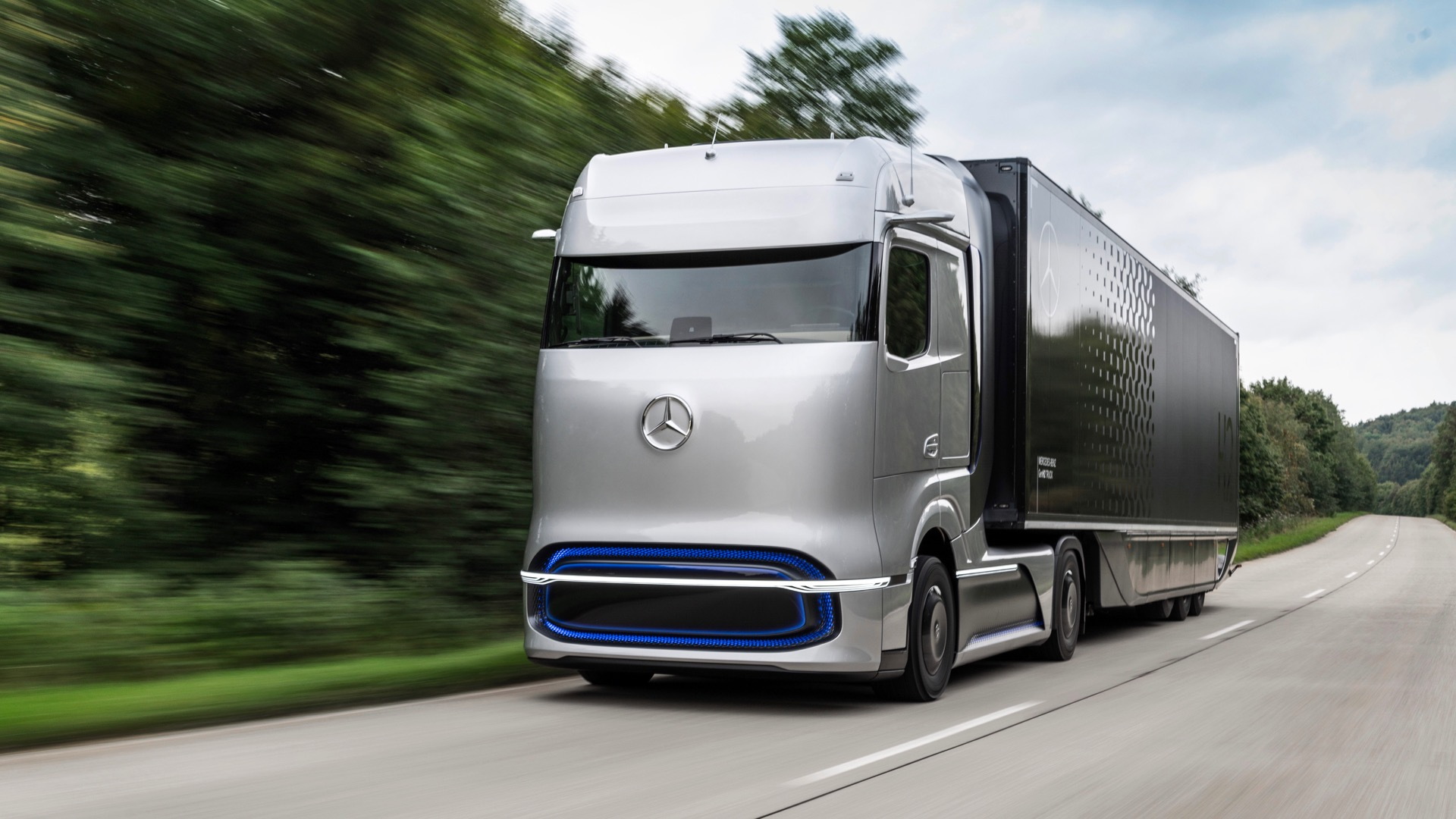 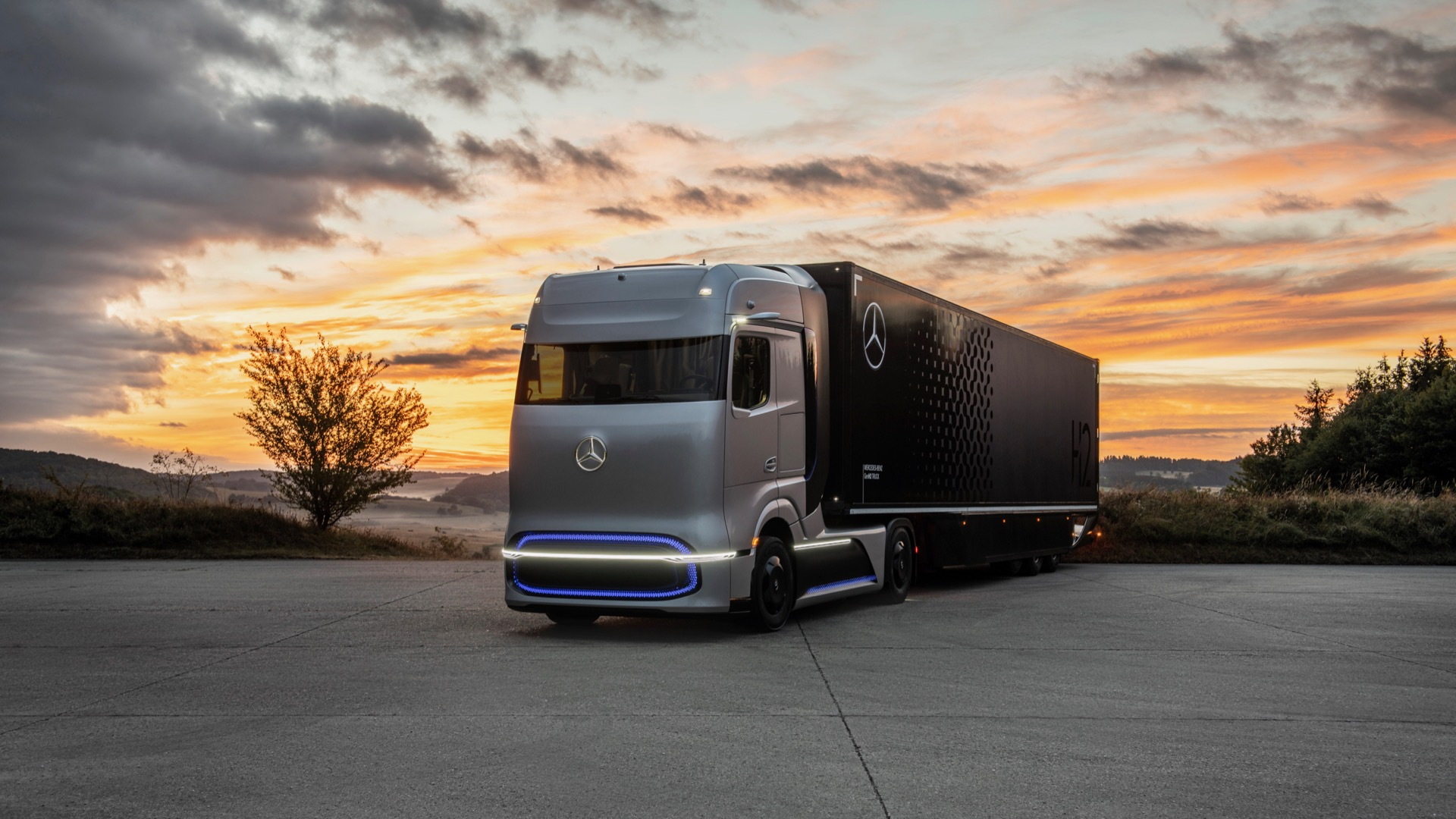 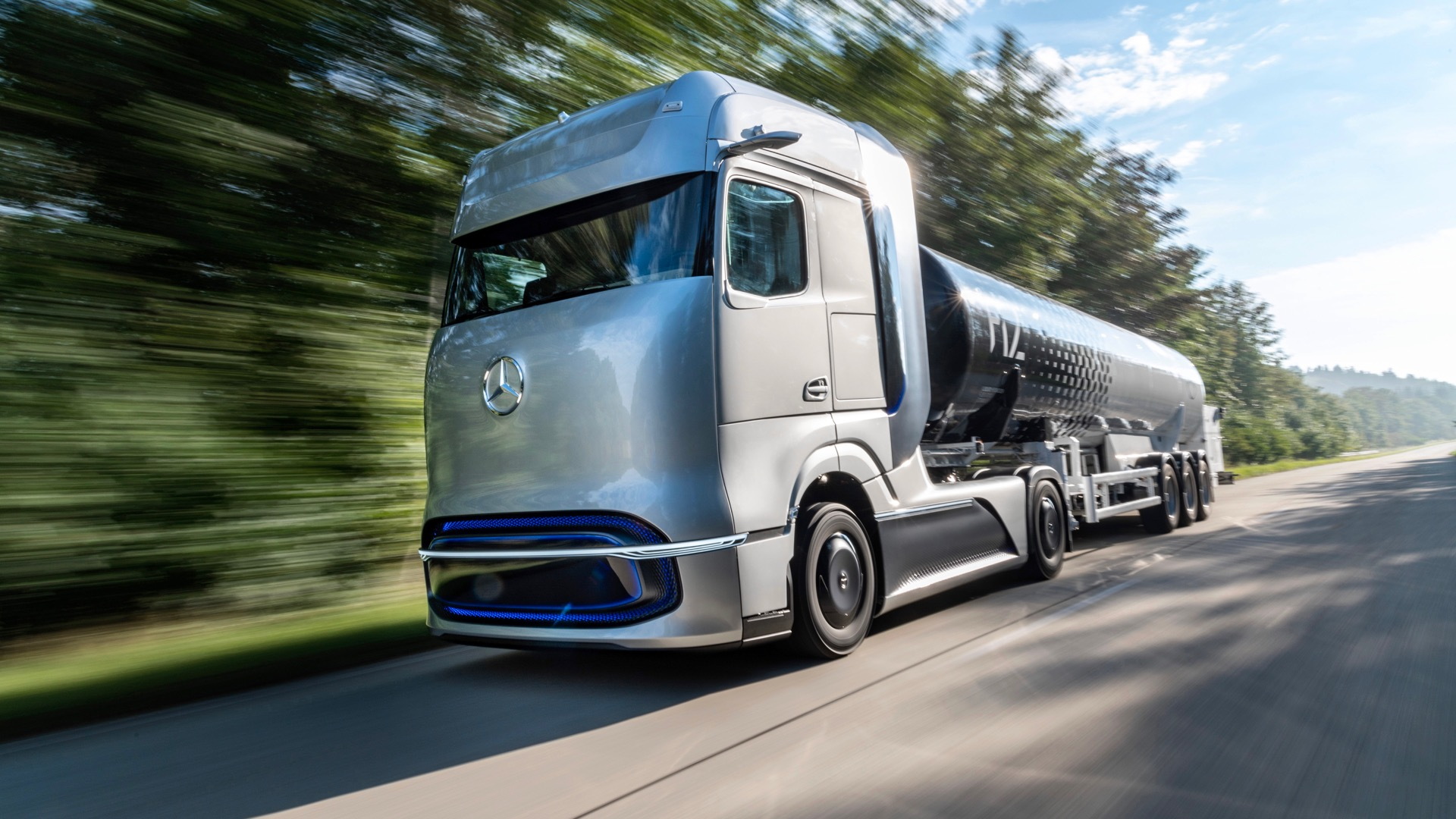 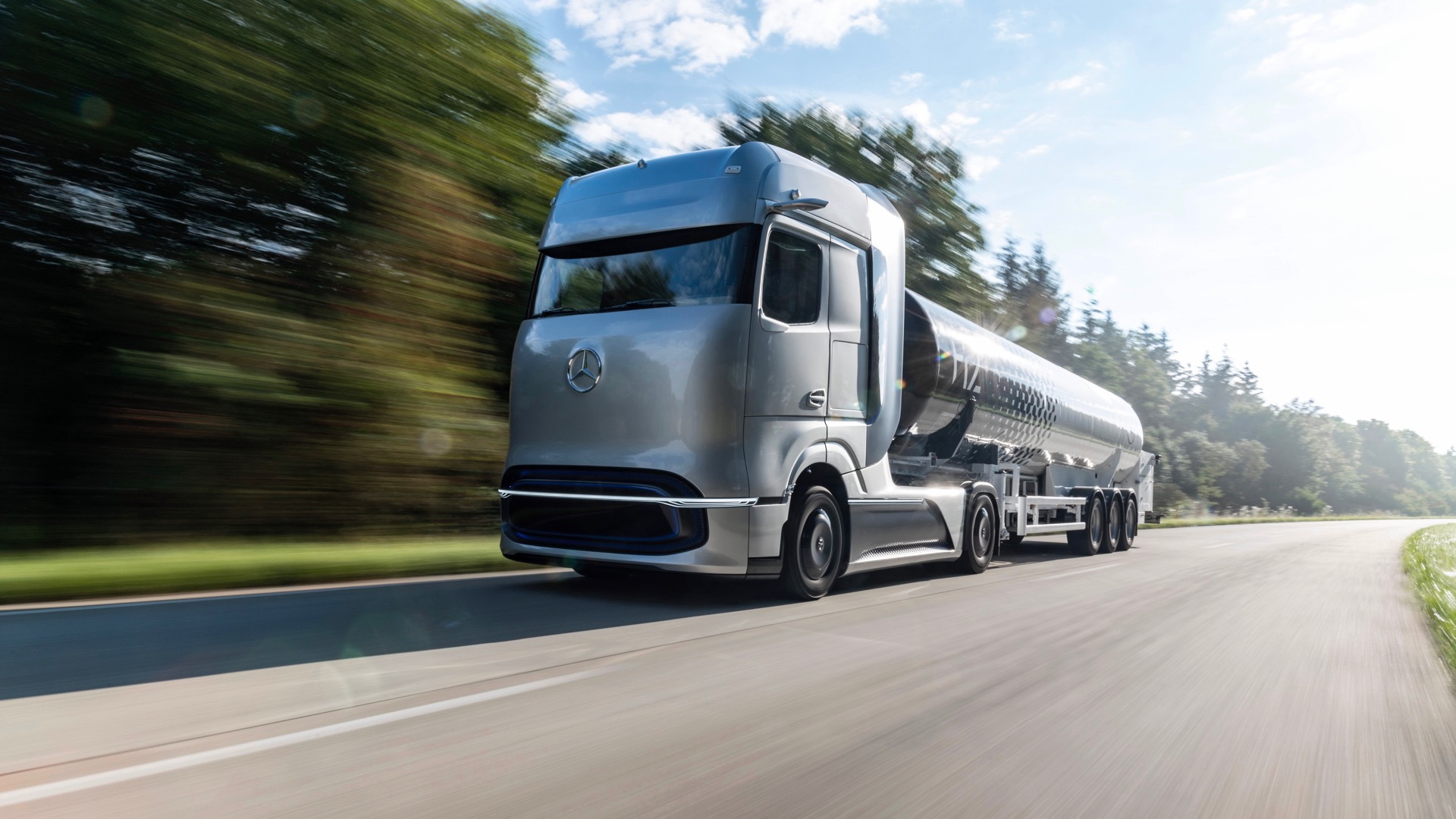 After confirming earlier this year that it would end fuel-cell development for passenger cars to focus on commercial trucks, Daimler on Thursday unveiled a long-haul fuel-cell semi truck that will begin customer trials in 2023.

The Mercedes-Benz GenH2 is based on the brand's current Actros semi. It boasts a range of 1,000 kilometers (621 miles), and a payload of 25 tons.

Daimler plans to fuel the truck with liquid hydrogen, rather than the gaseous hydrogen used in most other fuel-cell vehicles. The company claims liquid hydrogen has greater energy density, allowing for smaller onboard storage tanks. However, hydrogen must be stored at extremely cold temperatures to remain in a liquid state, and Daimler admitted that it's still developing the necessary technology to make that workable in a vehicle.

The fuel-cell stack is supplemented by a 70-kilowatt-hour battery pack, which provides extra power under high loads, Daimler said. The pack is recharged using regenerative braking or excess energy from the fuel-cell stack.

Assuming customer trials are successful, Daimler plans to start series production of the Gen H2 in the second half of the decade.

By that time, Daimler will have already launched two new battery-electric trucks. The 200-kilometer (124-mile) Mercedes-Benz eActros is scheduled to start series production in 2021, followed by the 500-kilometer (310-mile) eActros Long Haul in 2024.

Daimler Trucks North America told Green Car Reports that the company does plan to bring fuel-cell trucks to North America, but declined to offer any other details—other than providing emphasis that it will continue developing battery-electric trucks.

"The complementary technologies of battery electrics and hydrogen fuel cells will both play a part in paving the way to a future of CO₂-neutral commercial vehicle operations," said spokesman Fred Ligouri.

Daimler and Volvo Trucks formed a partnership relating to fuel cells earlier this year. This is expected to lead to more fuel-cell commercial trucks, including some for the North American market.

The company also put its first battery-electric semis, from its Freightliner brand, to use last year, as part of a fleet test for North America.

Nikola Motors has claimed to be a leader in the fuel-cell truck field, but it hasn't delivered a vehicle yet. The company formed a partnership with GM this month; GM will supply battery and fuel-cell tech to Nikola, and build Nikola's fuel-cell-supplemented battery electric pickup.