"The common goal is for both companies to offer heavy-duty vehicles with fuel cells for demanding long-haul applications in series production in the second half of the decade," the two companies said in a joint press release.

Worth 1.2 billion euros ($1.3 billion at current exchange rates), the deal will create a new corporate entity, with ownership split 50/50 between Daimler and Volvo Trucks, which remains a separate company than the Geely-owned carmaker.

The project could have a major impact on emissions. Commercial trucks cover substantially more mileage than most passenger cars, with much worse fuel economy.

Commercial applications may also lessen the biggest issue with fuel-cell vehicles: the lack of hydrogen infrastructure. Vehicles operating on set routes can be refueled at their designated terminals, decreasing the need for a large network of public fueling stations.

So far, the two companies have only signed a non-binding preliminary agreement. A final agreement is expected to be drafted by third quarter 2020, and signed by the end of the year.

By working together, the two companies hope to decrease development costs and speed the production launch of fuel-cell commercial trucks.

Both Daimler and Volvo have invested in battery-electric trucks as well. Fuel-cell trucks will "complement" those vehicles, not replace them, Volvo Group CEO Martin Lundstedt said in a statement. 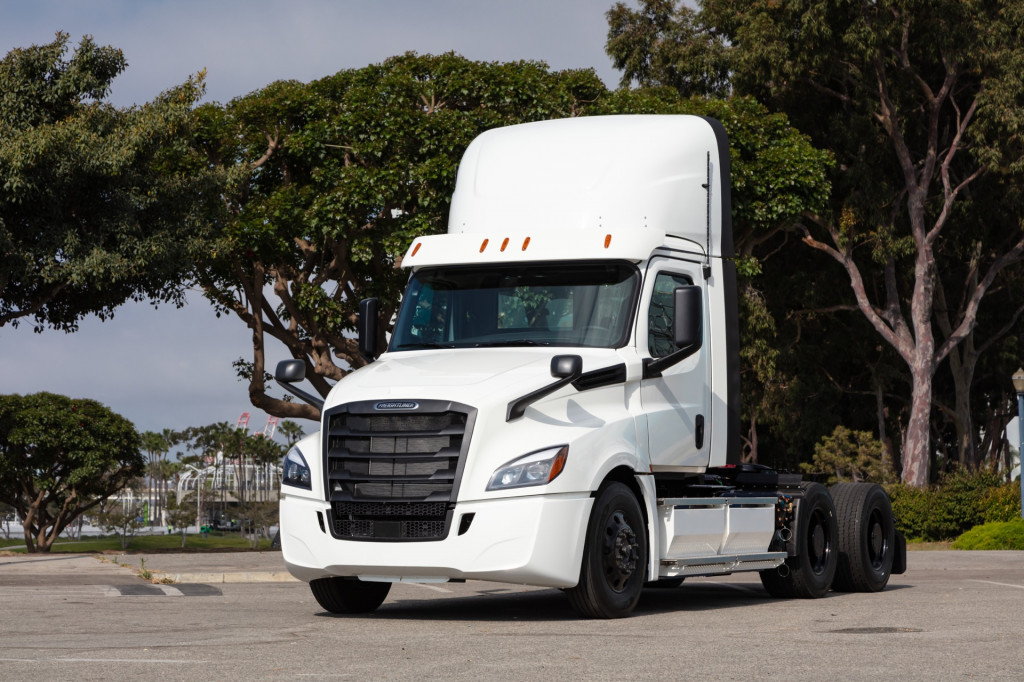 Daimler will shift its internal fuel-cell development resources from its Mercedes-Benz passenger car division to its truck division—and that triggers the immediate discontinuation of the low-volume F-Cell fuel-cell SUV.

Daimler's decision to shift emphasis away from projects like that toward commercial vehicles follows an industry trend. The idea of fuel cells for passenger cars has stagnated, however, with only a handful of models in production and little indication of more on the way.

On the other hand, several companies are investing in fuel-cell commercial vehicles, from startup Nikola to established diesel-engine manufacturer Cummins.

Other automakers currently making fuel-cell passenger cars are also looking into commercial applications. Honda is partnering with Isuzu on fuel-cell commercial trucks, while Toyota has developed prototype trucks that use powertrain components from its Mirai sedan.

Hyundai unveiled a sleek concept truck in 2019, and has indicated it sees uses for fuel cells beyond passenger vehicles like its current Nexo crossover.