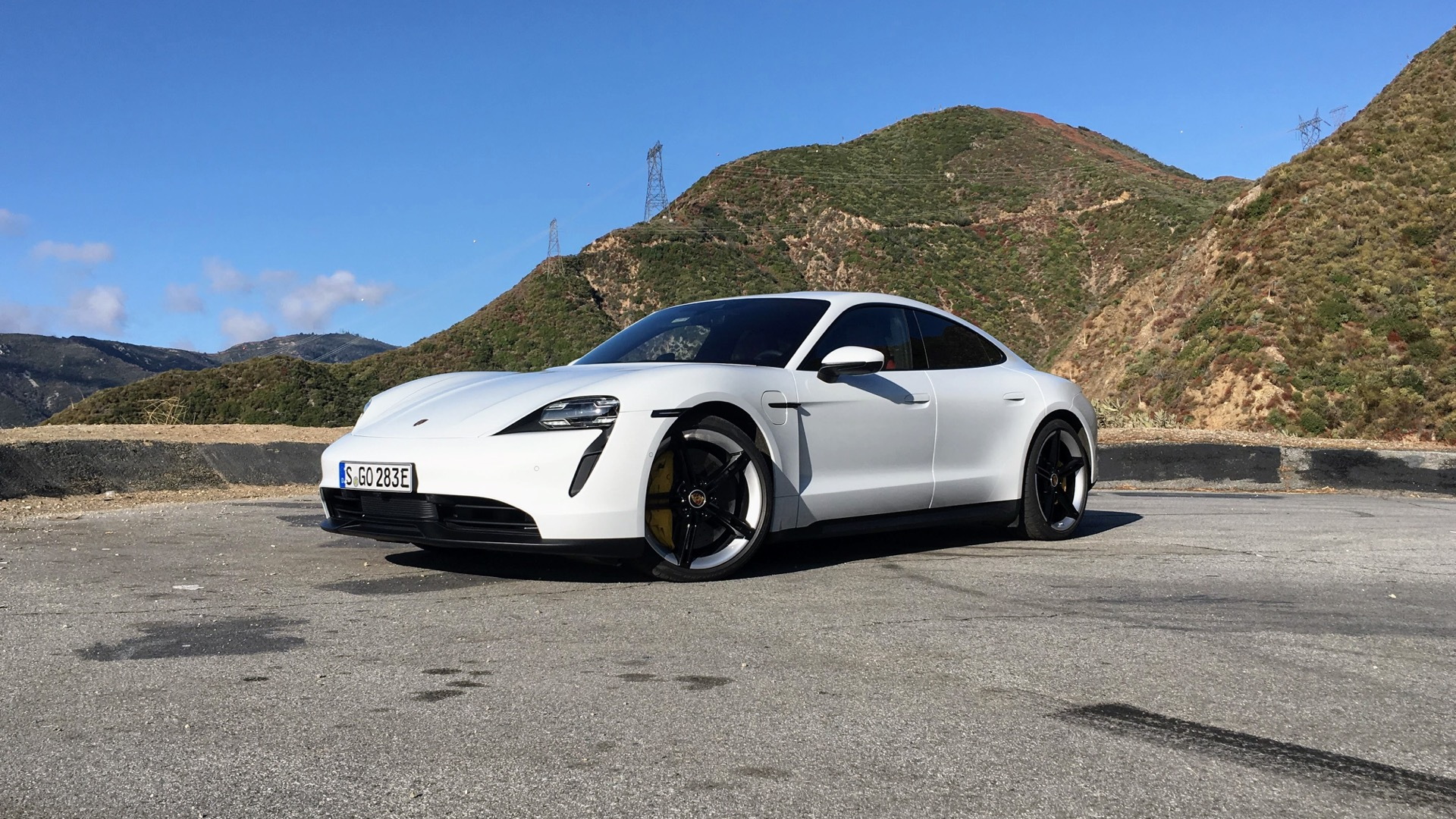 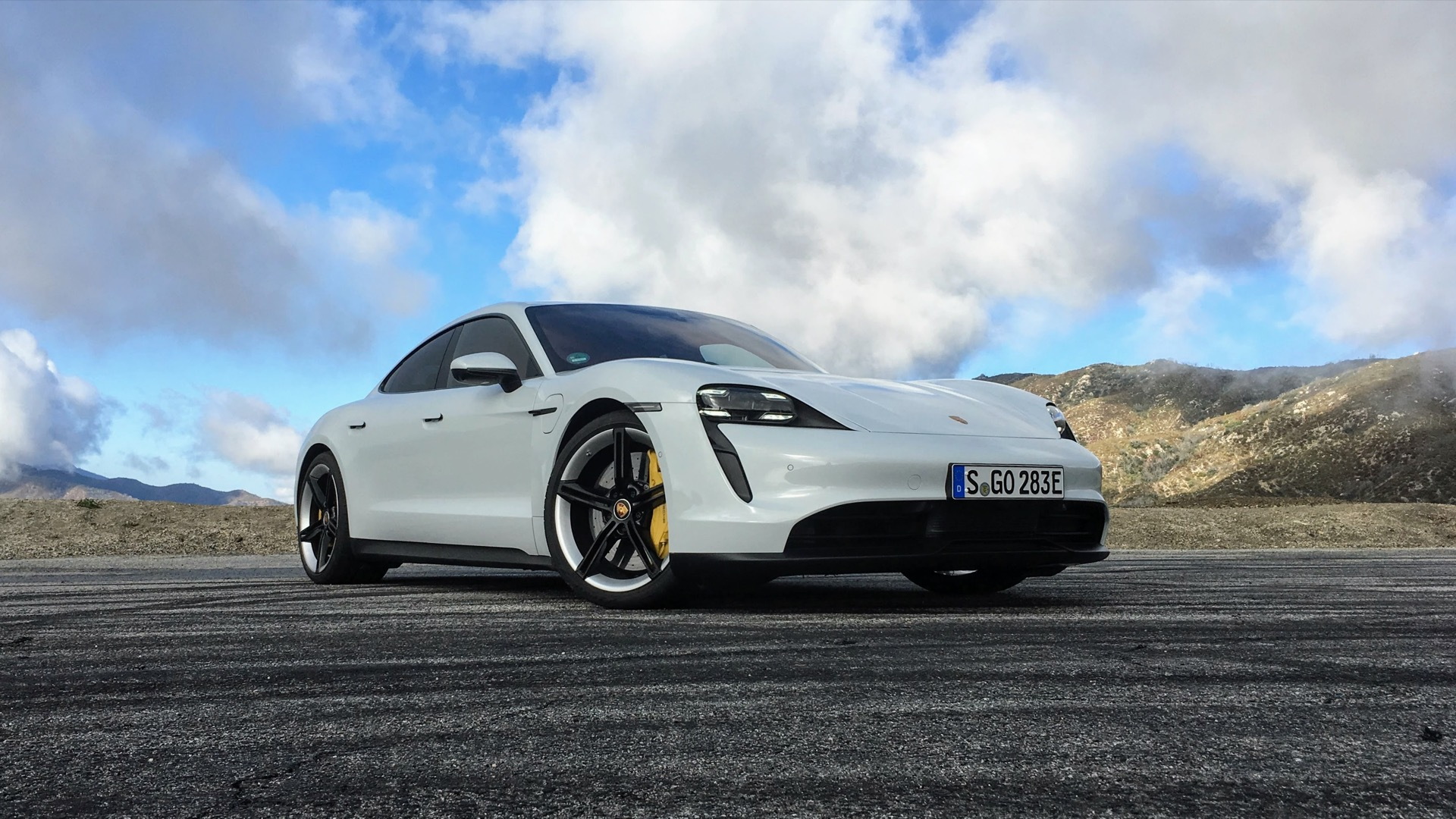 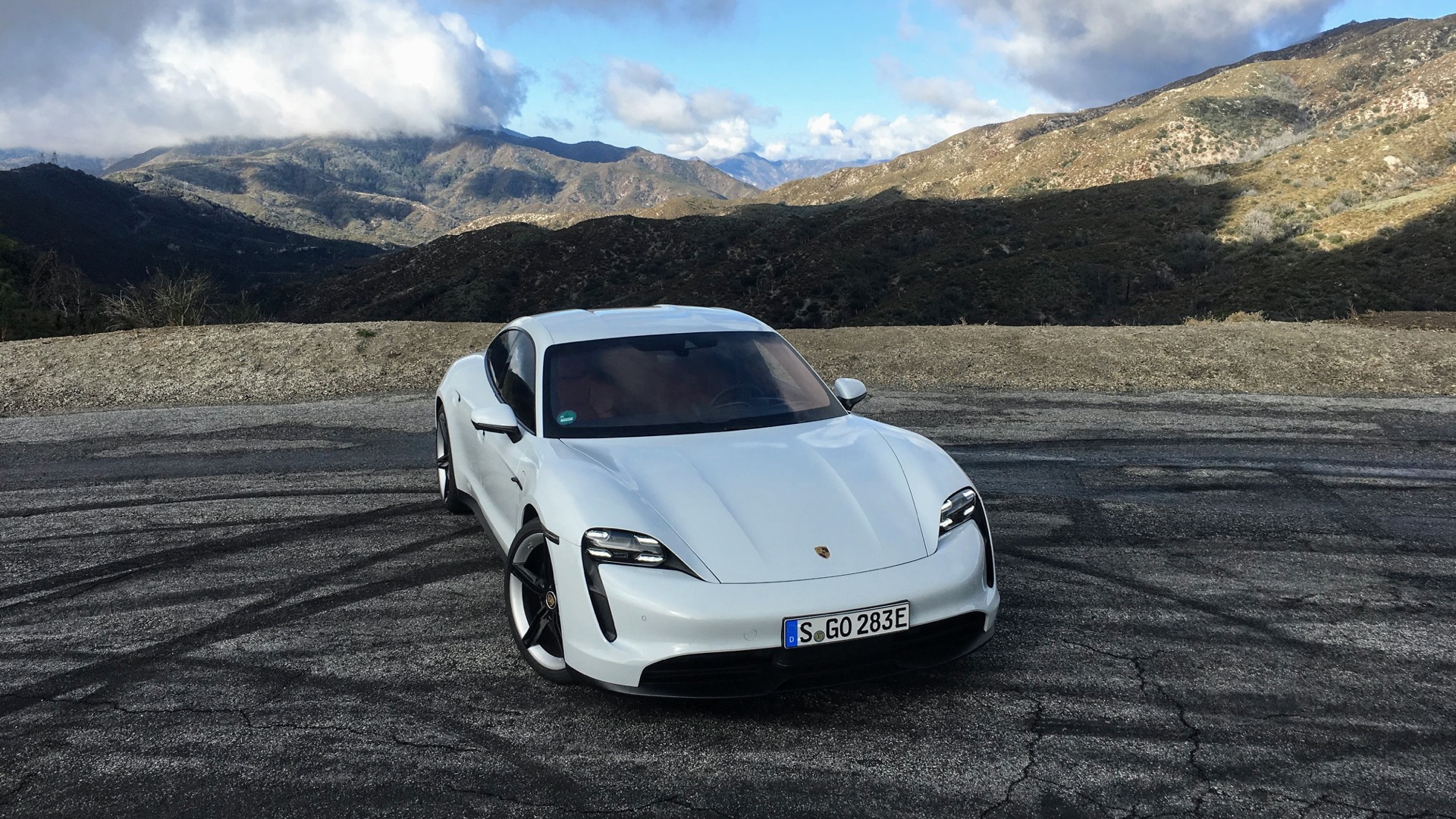 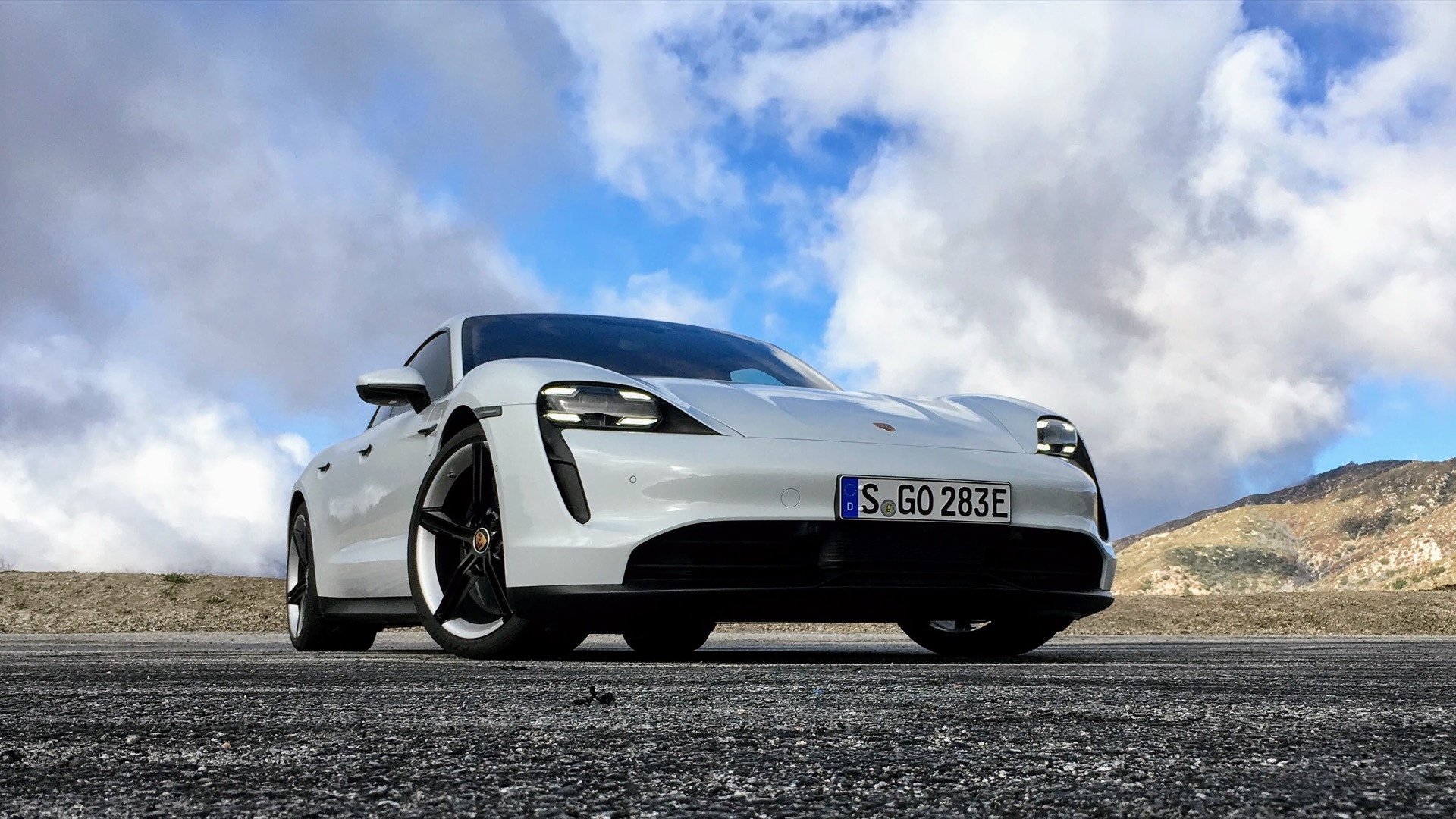 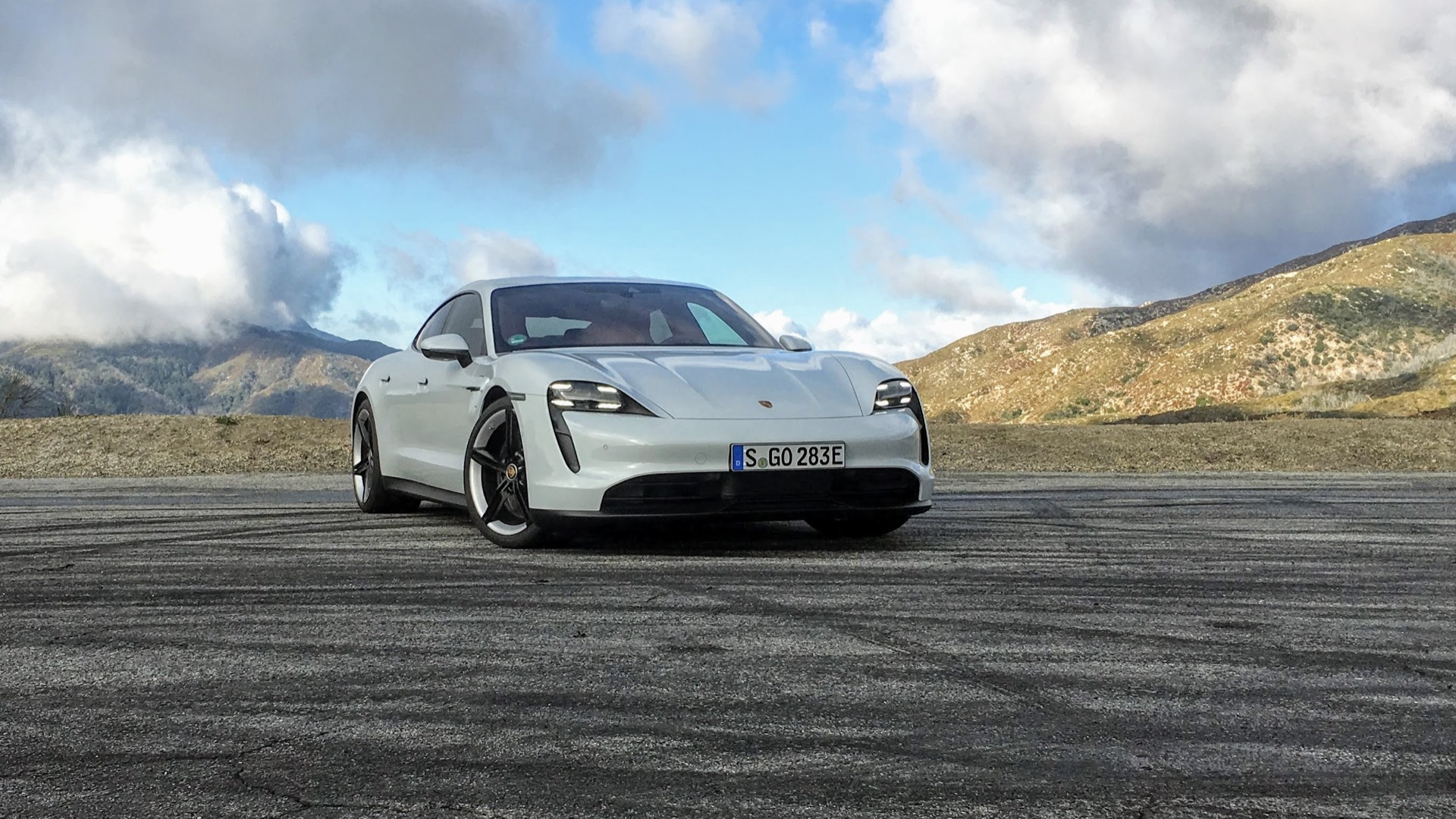 The version of the Porsche Taycan electric car with the most affordable price tag and the longest driving range of the lineup—the Taycan 4S—is reaching the first dealerships in the U.S. today.

How high is that range? Well, don’t get your hopes up too much; the 4S achieves an EPA-rated 203 miles—versus 201 miles for the Taycan Turbo and just 192 miles for the top Taycan Turbo S, which has a larger (600-amp) front inverter.

The 4S has a smaller rear motor than the Turbo or Turbo S, and its total curb weight is 178 pounds less than that of the Turbo—probably the most significant factor relating to the range difference.

With its 93.4-kilowatt-hour Performance Battery Plus option, the dual-motor drive system generates a combined 562 horsepower, with 477 pound-feet of torque, when the overboost function and launch control are enabled. A 79-kwh standard version of the 4S, which will have lower performance numbers, will arrive later in the year.

Porsche claims a 0-60 mph time of 3.8 seconds, with a top speed of 155 mph. Just as in the greater Taycan Turbo and Turbo S, the Taycan 4S comes with a two-speed rear gearbox to allow that speed and help increase range at Autobahn speeds.

A more affordable, 79-kwh Performance Battery version of the 4S, which will have lower performance numbers, was originally due to arrive later in the year, but Porsche didn't yet have a revised timeline due to coronavirus shutdowns.

Green Car Reports has driven the 2020 Porsche Taycan 4S over a wide range of roads and conditions—ranging from California canyons to the Arctic—and throughout these experiences we’ve observed range to be in the vicinity of 200 miles even in extreme weather or vigorous driving.

As with the other two versions of the Taycan, Porsche is looking to third-party range testing from AMCI to suggest that the model has real-world range significantly exceeding that.

Porsche clearly has different priorities, as its R&D chief recently underscored. The Tesla Model S currently offers an EPA-rated range of up to 391 miles, while the Lucid Air that’s on the way early next year will likely go well past 400 official miles and even offer 400 real-world highway miles, that automaker claims.

The Taycan 4S with the Performance Battery Pack starts at $110,720. Porsche can deliver the Taycan in person “where it’s feasible to do so,” but elsewhere it’s offering a contactless home delivery service in which customers don’t even have to leave the house.