They may still be smaller than most other new cars, but today's lineup of Mini models aren't really all that "mini" these days.

They're quite generously sized, in fact, when compared to the original Mini that inspired them all.

That's a point illustrated by this stunt conducted by a pair of Dutch Mini enthusiasts.

They managed to stuff a 1:1-scale cardboard replica of a 1959 Morris Mini Minor (one of the full model names of the original Mini) into a 2010 Mini Countryman.

Granted, the Countryman is a crossover utility vehicle that's somewhat larger than the Mini three-door hatchback that is a more direct descendant of the original model.

Nonetheless, the pair managed to get a complete Mini model inside a not-so-mini Mini. 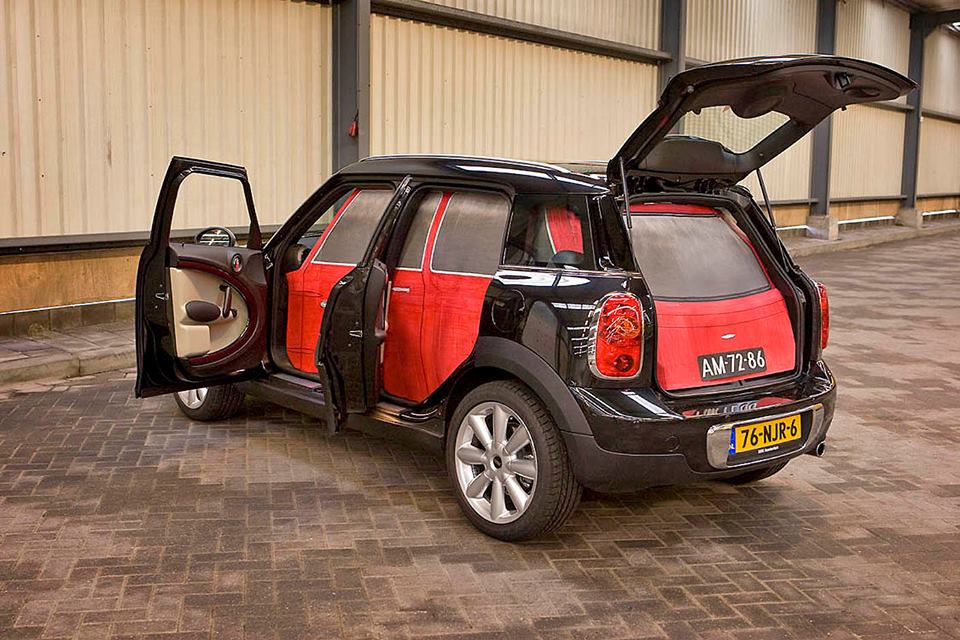 Its front end slid under the dashboard, and was deformed a bit by the Countryman's center console.

Elsewhere the fit is equally snug, but the cardboard Mini still fits completely inside the modern Mini crossover.

That's not too surprising, as the Countryman is 34 percent longer, 43 percent wider, and 16 percent taller than the 1959 Morris Mini Minor, according to Practical Classics. 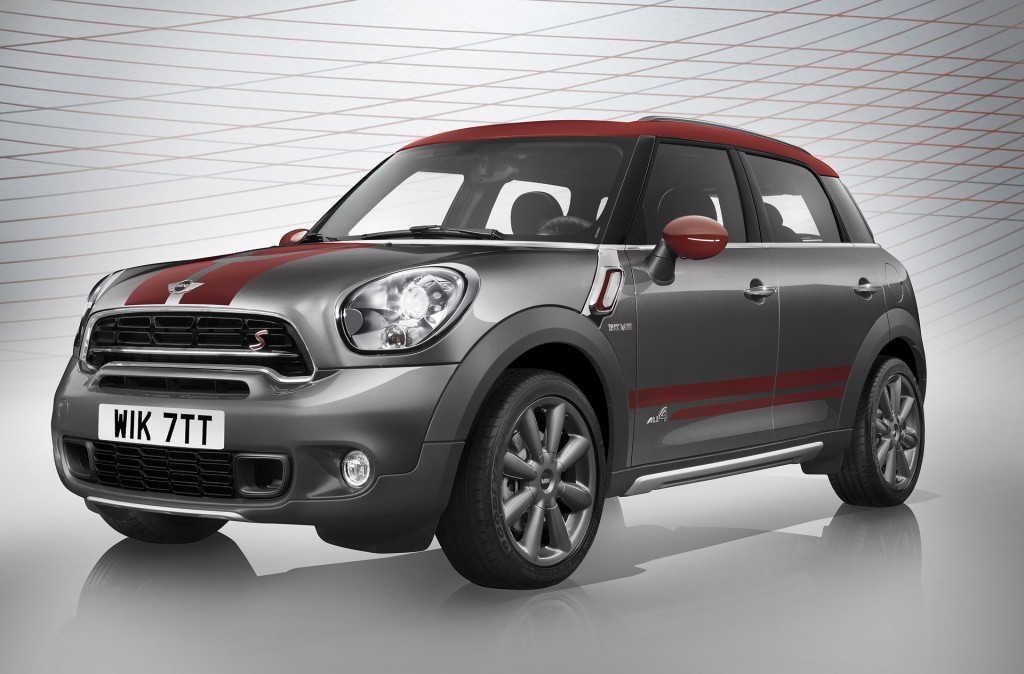 This contributes to a curb weight of 1,335 kilograms (2,943 pounds) for the European-market, front-wheel drive (all-wheel drive is also available) Countryman One model, compared to just 620 kg (1,366 lbs) for the original Mini.

Still, the Countryman can manage 0 to 60 mph in 11.9 seconds and reach a top speed of 109 mph, compared to 27.1 seconds and 72 mph for the original Mini, estimates Practical Classics.

The Countryman is one of numerous modern Mini models spanning multiple generations that are all larger and more complex than the original.

Even the first modern Mini hatchback launched in 2002 was much bigger than the original 1959 Mini, and the car has only gotten bigger through two successive generations.

At the same time, Mini has added larger models on top of the base hatchback including the Countryman and three-door Paceman crossovers, a five-door hatchback variant, and the Clubman station wagon.