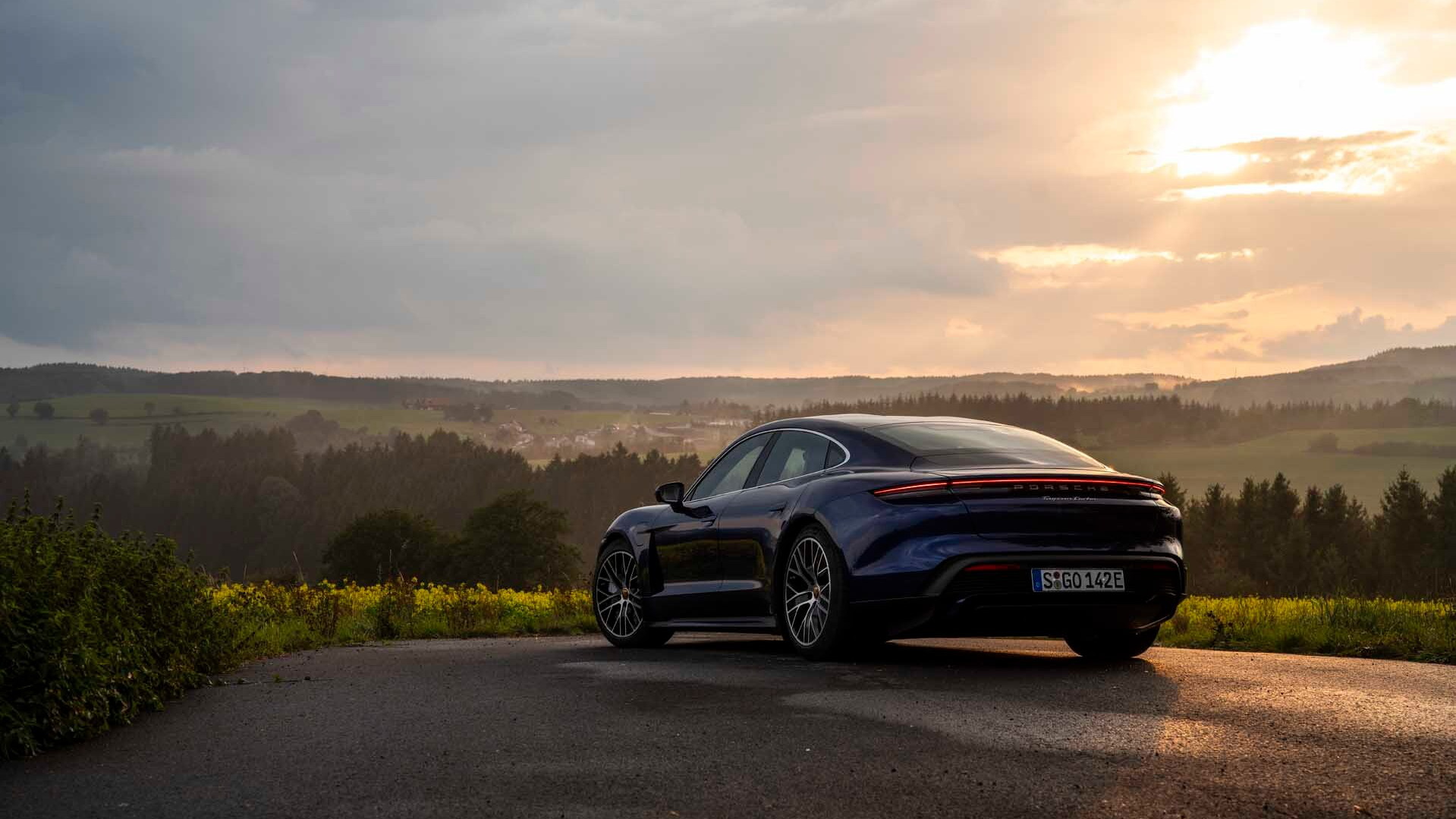 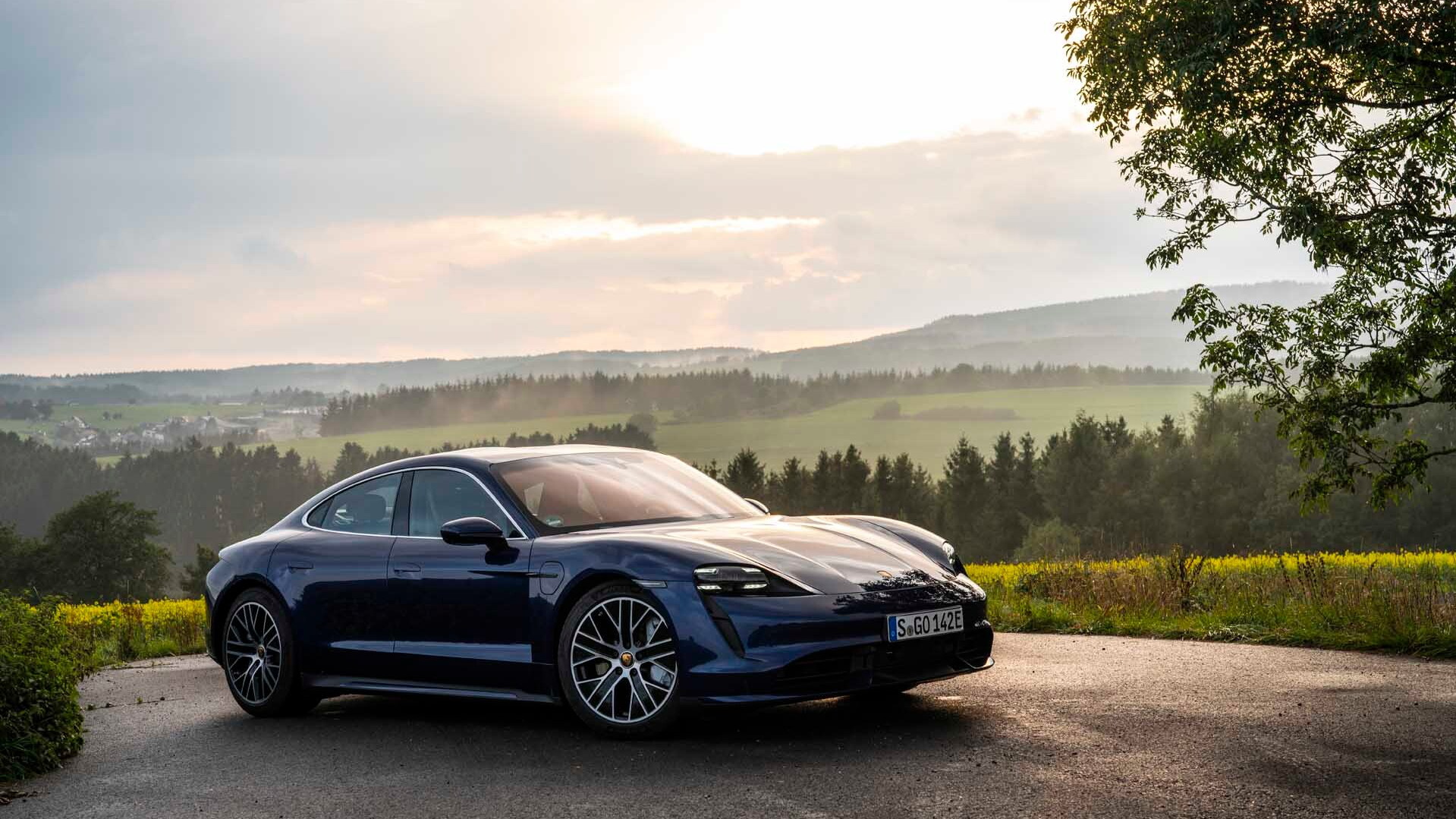 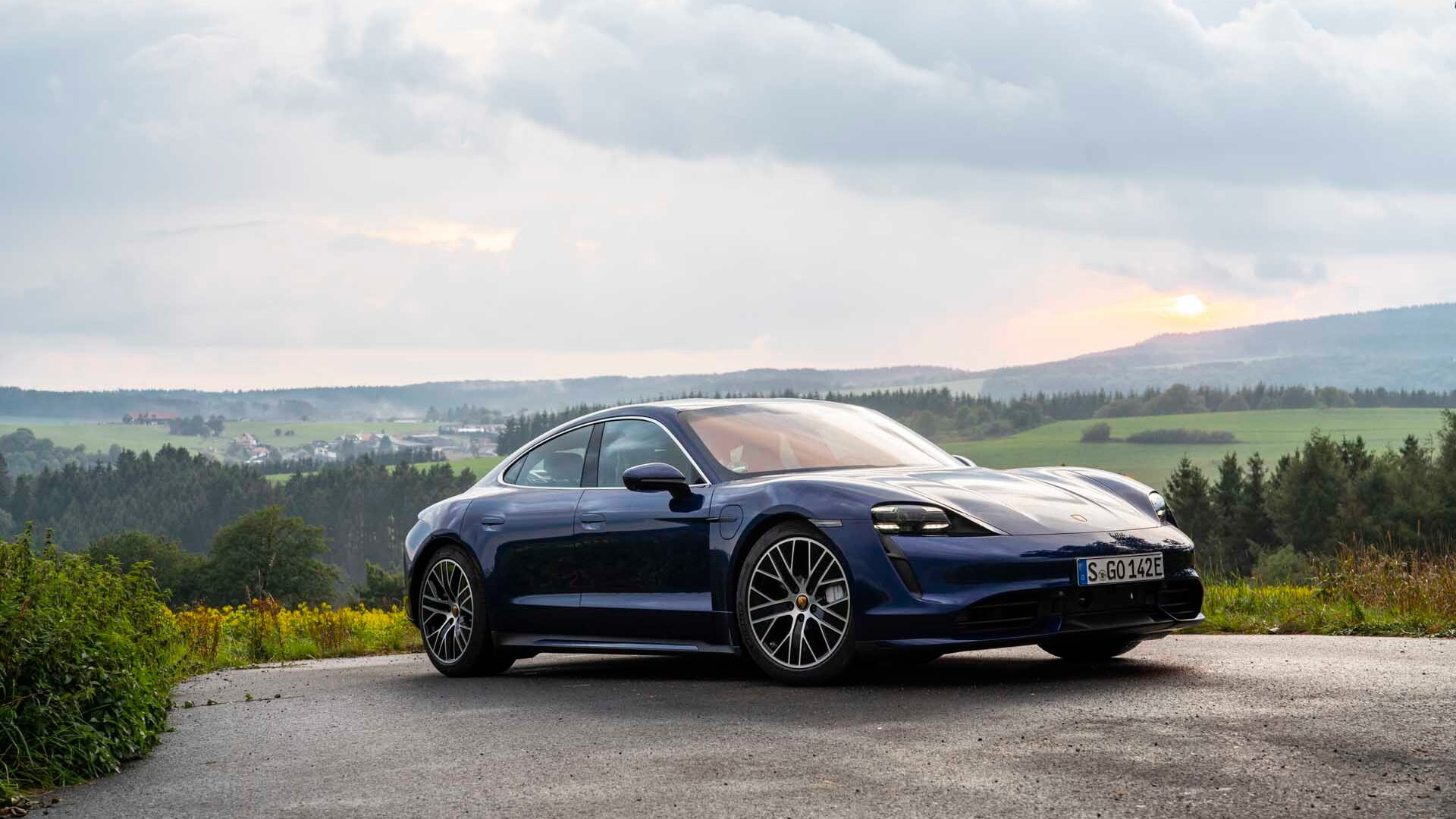 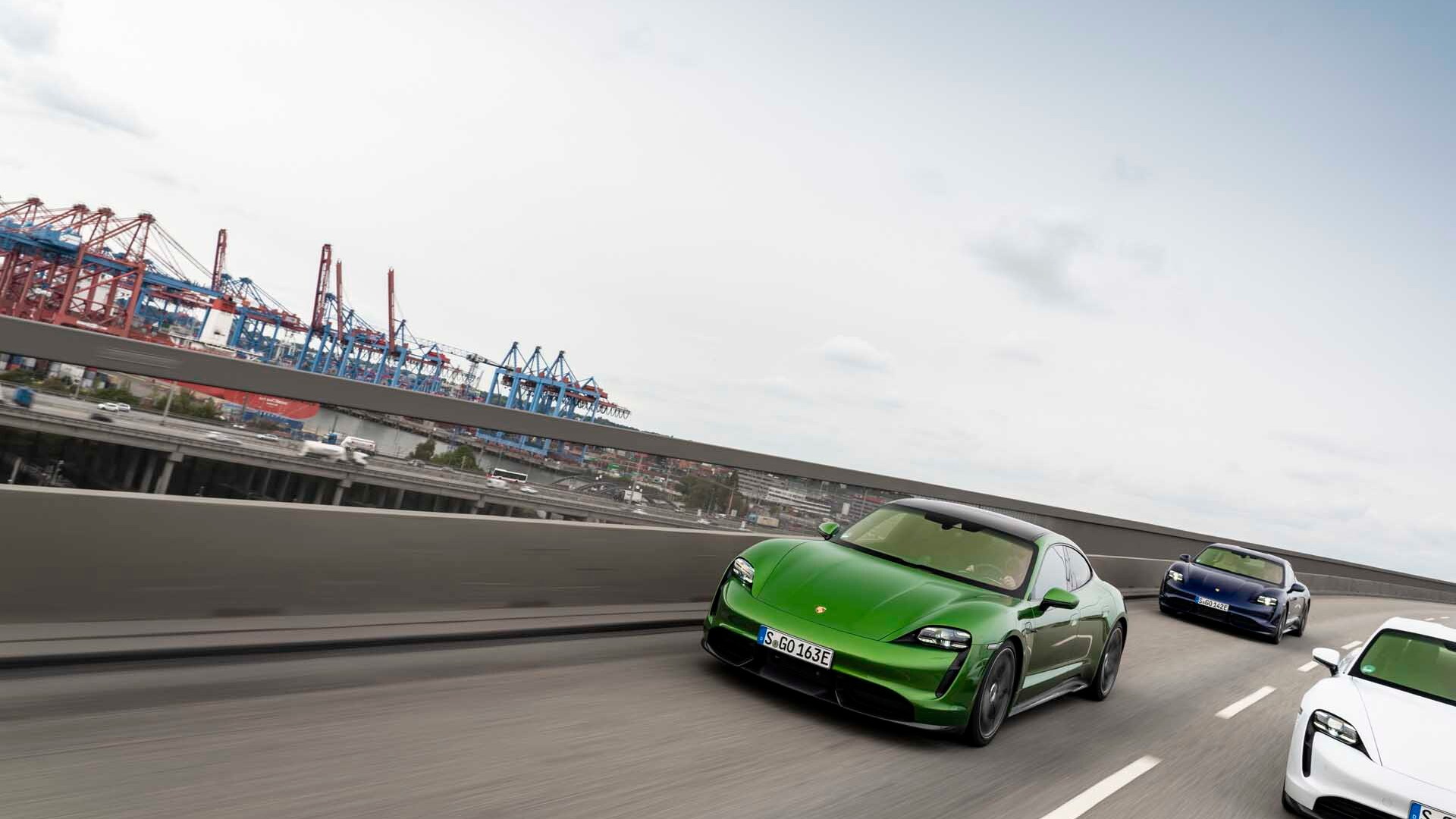 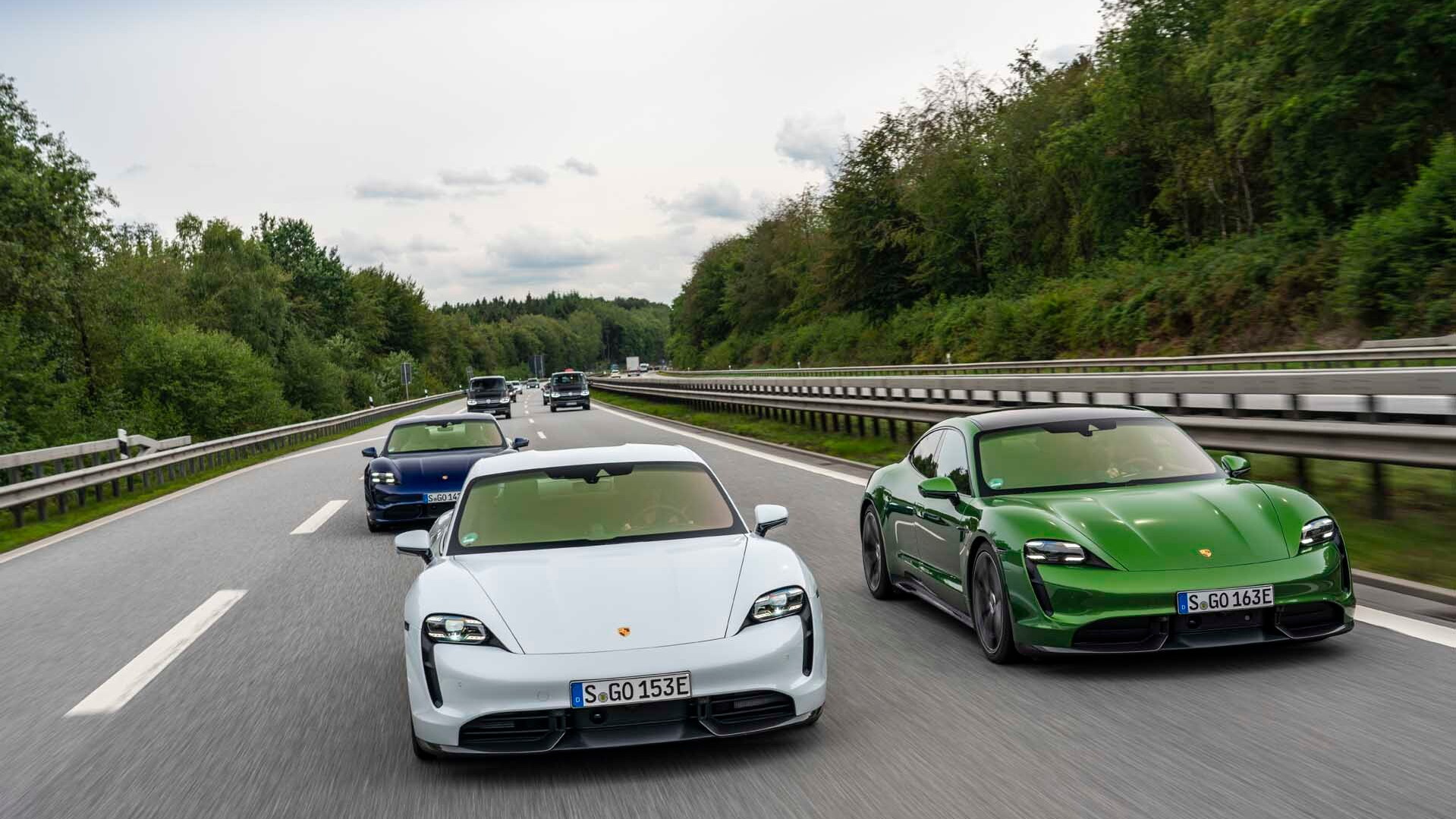 Performance is the top priority for the 2020 Porsche Taycan electric car.

That’s no after-the-fact rationalization for Wednesday's release of its disappointing 201-mile EPA range rating and 69 MPGe combined figure for the Taycan Turbo, with its 93-kwh battery pack. It's the lowest efficiency figure for any U.S.-rated electric passenger vehicle on the market today.

Porsche knew it wasn’t going to get anywhere close to Tesla’s range numbers, and it’s made clear at many points that it’s been aiming for reproducible performance and consistent, reliable driving range.

This rating is only valid for the 2020 Porsche Taycan Turbo; it doesn’t apply to either the higher-performance Turbo S or the much more affordable Taycan 4S.

As it stands, another vehicle that shares some battery technology (but not an 800V architecture) with the Taycan—the Audi E-Tron—has the next-lowest efficiency among EVs.

The 4S is the only model in the Taycan lineup that comes with a base 79-kwh battery pack. Porsche has previously hinted that the 4S with the Performance Battery Plus option—bringing the 93-kwh battery pack that’s included in the other models—will be the variant with the longest range, partly because it’s lighter and has a smaller rear motor.

Porsche spokesman Calvin Kim declined to provide an estimate to Green Car Reports about how much more efficient the Taycan 4S might be, or how much more range it might provide.

This range number for the Turbo, however, is lower than what the automaker suggested to journalists it expected from the EPA tests in an August backgrounder. The Taycan Turbo is rated 280 miles in the WLTP cycle used in Europe.

The EPA rating in the vicinity of what our editorial team has seen in several driving experiences—most recently this past week with the Taycan 4S. Collectively, whether the driving environment includes European motorways, California canyon roads and LA traffic, or Arctic backroads and frozen lakes, all while generously using the Taycan’s power and its excellent climate system, we’ve managed to see the equivalent of roughly 200 miles of range.

Although that range is low for the size of battery in the Taycan, the predictability of the experience is far better than most other electric cars. It’s not uncommon, for instance, for EVs to get 30 or 40 percent less range in very cold weather, or 20 percent less just by going a little faster on the highway.

Kim verified a detail originally disclosed by Jalopnik—that Porsche had employed the independent testing agency AMCI to conduct its own test of the Taycan. The test is currently featured in the “certified results” section of AMCI’s site.

AMCI isn’t particularly well-known for vehicle efficiency testing, but one other case came to mind—from a decade ago when Volkswagen wasn’t happy with its TDI diesel vehicles’ EPA-cycle results (back in 2008), and employed AMCI, which found a real-world rating that was 24% better.

There are some unrealistic asterisks relating to the AMCI test. For instance, in its city testing it operated the Taycan with the climate control completely off. But it likely gives Porsche some good pointers for improvement.

“We collaborate with third-party agencies on a regular basis and are already in talks with multiple vendors,” explained Kim, to study the Taycan’s efficiency and how it might be improved, either for the other variants or in the future.