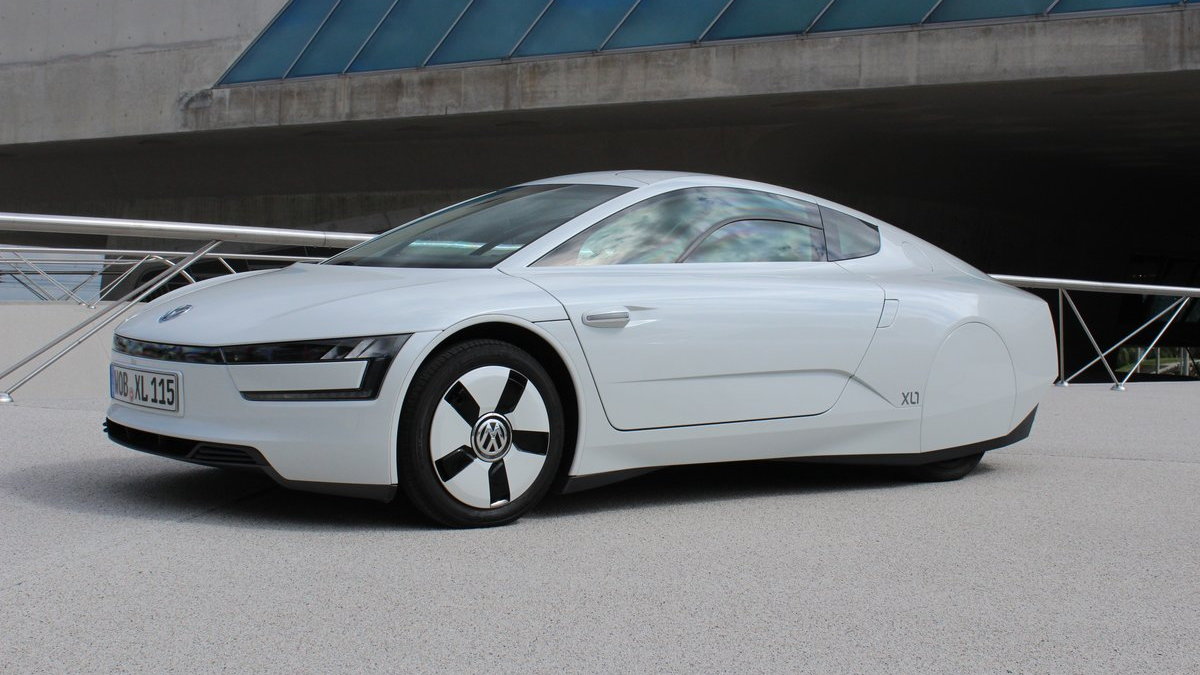 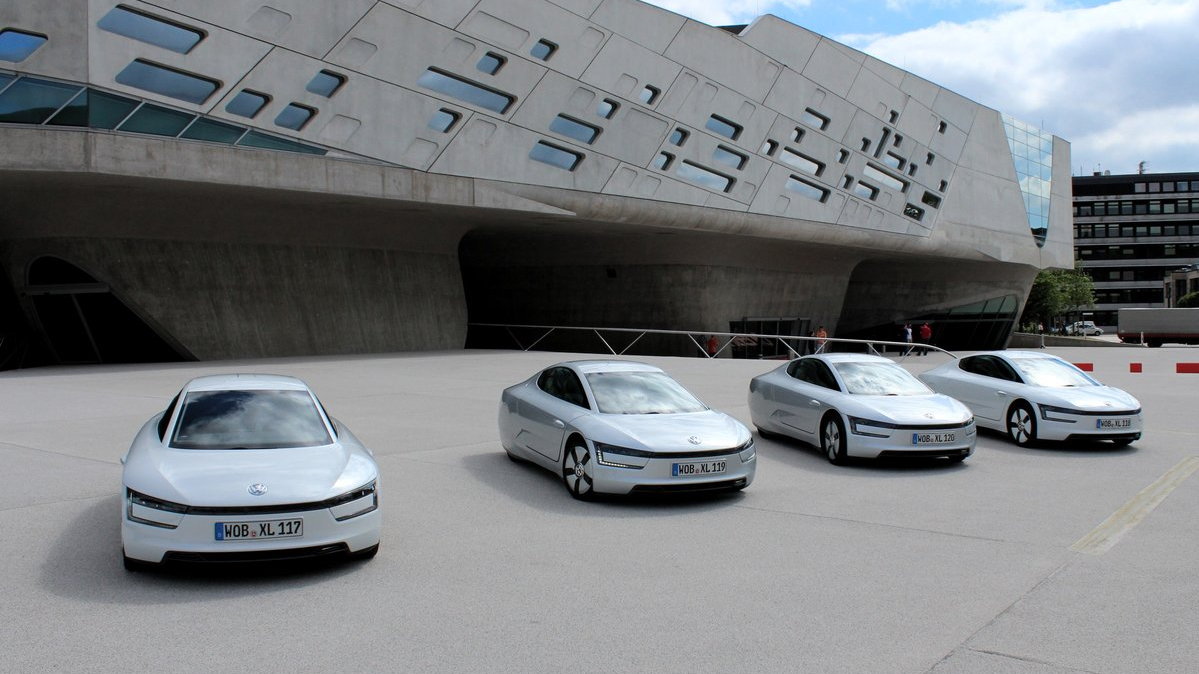 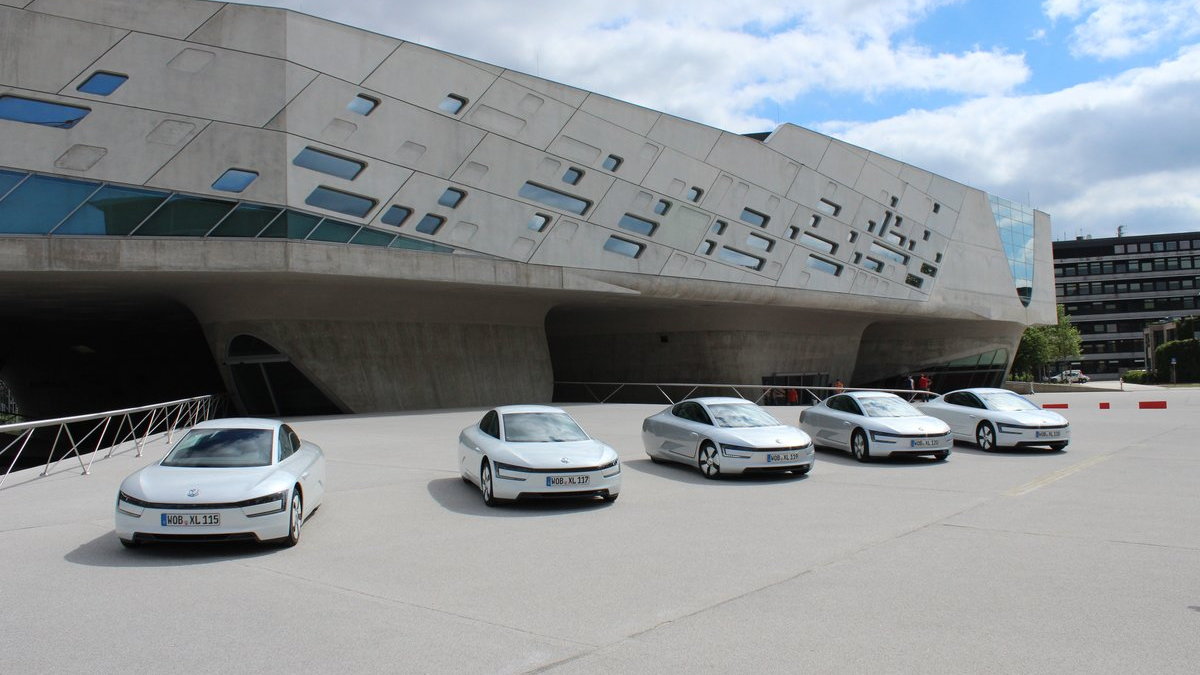 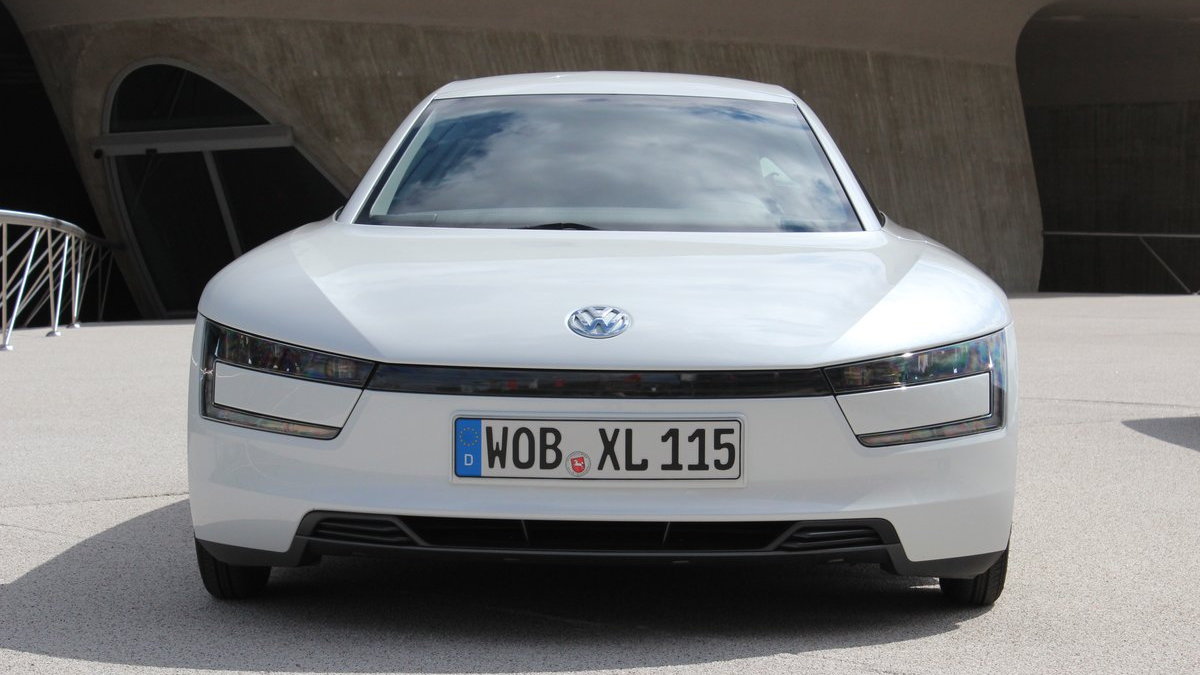 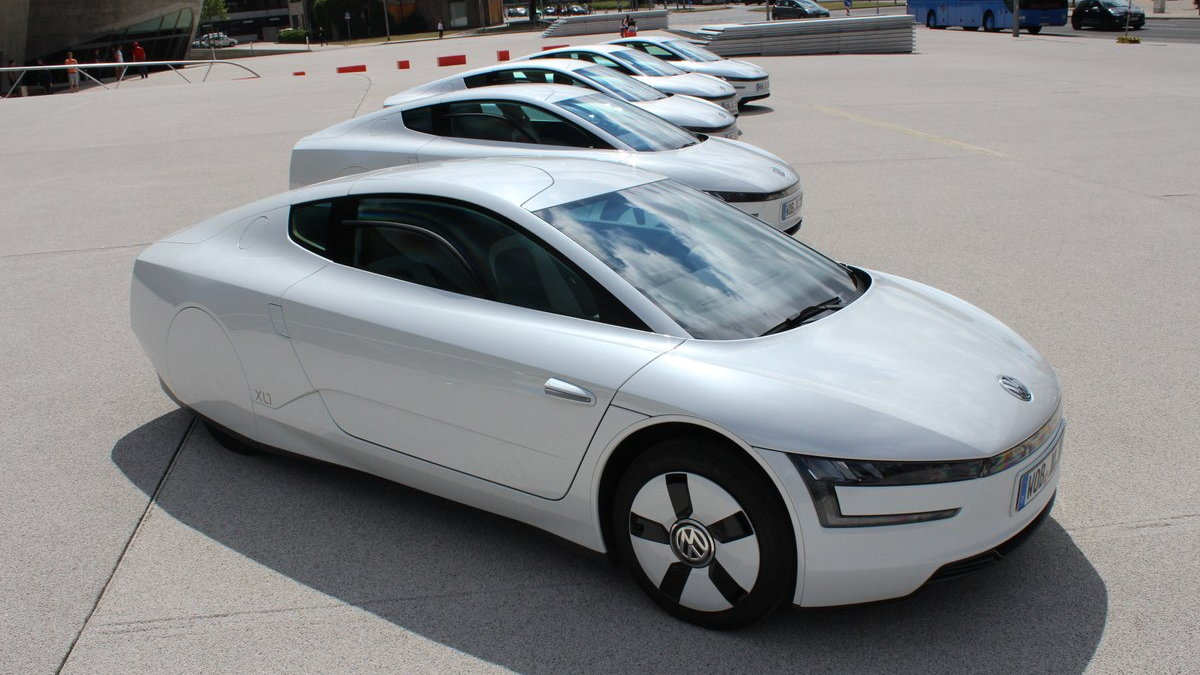 40
photos
Look out, owners of 200-mph testosterone-supplement poster cars. If there ever was a real hypercar, it's the Volkswagen XL1.

Although in recent years the term hypercar has been distorted—to include cars that are faster (and often even thirstier) than those supercars from Lamborghini, Ferrari, and others—we're getting back to basics: The XL1 is a hypercar in the way that might make Amory Lovins smile.

That's a nod to one of the creators of the original 1990s Hypercar project, from the Rocky Mountain Institute (RMI). In short, the project championed fuel efficiency that was three to five times better than an ordinary passenger car, with an ultra-light structure, the extensive use of composites, and a hybrid powertrain.

We recently drove the XL1 on roads surrounding Volkswagen's Wolfsburg, Germany headquarters, and can testify that it's at once not like any other new or development car we've driven. It really is everything we'd expect of the concept, which aims to maximize efficiency without compromising usability too much. Yes, of course it's a little compromised—and frankly a little fragile-feeling—but it's emerged from Wolfsburg with a fun-to-drive element that we frankly hadn't expected.

Distilling it to a reference point: From behind the wheel—if you can manage to block out all the elements of futurism for the moment—it drives a lot like a vintage sports car.

There's no power assist, and this system, with its great centering, as you're so directly connected to the narrow 115/80R16 front tires (145/55R16 in back), reminds us what we're missing in bigger and heavier new vehicles. On the other hand, bumps ping through the carbon-fiber (plus some aluminum) structure, exposing the lack of noise insulation, and the structure doesn't feel rigid in the way that we've become used to in today's new cars.

When we get to the soundtrack, the vintage-sportscar comparisons do fall apart. Maybe cross it with just a bit of the aural personality of a perfectly-running Trabant. Whichever reference comes to mind—maybe a motorcycle engine running at limited revs, maybe an emergency generator—the 0.8-liter diesel twin has an unusual character in a car.

That engine—think a 1.6-liter TDI lopped in half and you really won't be far off—produces 48 horsepower; and packaged with it is a seven-speed dual-clutch gearbox (DSG). Also, there's a 27-hp electric motor system sandwiched in there—fed by a 5.5-kWh lithium-ion battery. With a full charge, the XL1 can go 31 miles, while the powertrain altogether produces 68 hp and 103 lb-ft in its 'boosting mode.'

You can manually select a pure-electric mode, although that mode was unavailable in our test car, so although the XL1 would take off on very light throttle applications in electric-only mode—and at lower steady-speed cruising the diesel twin would cycle on and off a bit like an A/C compressor, it seemed—the engine would be on whenever we were accelerating significantly.

Not quick, but perky enough

Some other sources that already drove the XL1 have called this a sluggish vehicle, taking an almost agonizing time to accelerate; but it's really all about expectations. Put the shifter in Drive and the XL1 feels quite perky—at least up to about 50 mph. Above there, the diesel twin and electric motor even together are a little less on their game; we reached 125 km/h (78 mph) pretty easily, but we wouldn't plan on a lot of two-lane passing. Top speed is limited to 99 mph.

The XL1's curb weight of around 1,750 pounds is one of the main talking points; another is its coefficient of drag: just 0.189—which, if you keep tabs on such things, just narrowly undercuts that of the GM EV1.

While that's quite a bit heavier than the 639-pound 1-Liter Car concept from 2002 (with that car's 0.159 coefficient of drag), the XL1 at this stage is a production-bound vehicle. The lightweight carbon-fiber resin monocoque includes a core passenger cell that weighs just 197 pounds in all. Single-shell carbon-fiber seats don't look like they'd be all that comfortable, but they seemed to offer great support. The dashboard is made of a natural fiber, with a magnesium crossmember, while side windows are polycarbonate—think Subaru SVX, but you roll them with a hand-crank.

Again for aerodynamics, the XL1 is narrower at the rear, with the rear wheels staggered inward several inches. This results in an unusual driving experience, in which you're actually hitting different portions of pavement—and bumps—with the rear wheels than with the fronts. Visibility is horrible, too, but the camera systems alongside the vehicle, with little smartphone-sized screens, do help. And also in the interest of frontal area, VW has made the cabin profile as low as possible. At 6'-6”, I felt a bit claustrophobic when turning my head for parking (and I ducked when closing the gullwing doors); I could be comfortable in this car for hours, but a colleague who's 6'-8” felt too tightly wedged.

Volkswagen claims a consumption rating equivalent to 261 mpg; but that's using the full charge of the battery. Driving the XL1 gently on some of the lower speed access roads and roundabouts around Wolfsburg, with our depleted battery, we did take note, quite carefully of consumption during a limited drive. We managed a pretty amazing 0.7 liters per 100 km, according to the trip computer, on those. Then we headed out on a stretch of divided highway—for about 15 miles in all—the trip computer had registered a trip average of 1.4 l/100km.

Of course this still doesn't give us a good idea what the XL1's consumption would be day in and day out. Volkswagen waves the 261-mpg figure, but also notes that it will go 310 miles in all, starting out on a charge, on its 2.6-gallon (yes, that's right) fuel tank.

They're going to make 250 production XL1s for Europe. But in the U.S., the XL1 is forbidden fruit in the truest sense; engineers openly note that the model wouldn't meet U.S. safety requirements, and that reengineering it to meet them simply isn't in sight as part of the project. It doesn't even have a passenger-side front airbag, and was granted a special EU exemption.

Where does it go from here?

And as Volkswagen has already confirmed, some of the technology from the XL1—like its dual-clutch modular hybrid powertrain configuration—is destined to filter down to other models.

In the longer term, there's a lot to think about in the XL1. Its rear-engine layout, rear-wheel drive, and 'simple' feel—even if it isn't—of course remind us of the original air-cooled VWs.

If VW could slash costs on materials while keeping weight under control, we daydream to think of what else could come of this hypercar. A green Karmann Ghia for the 2020s?