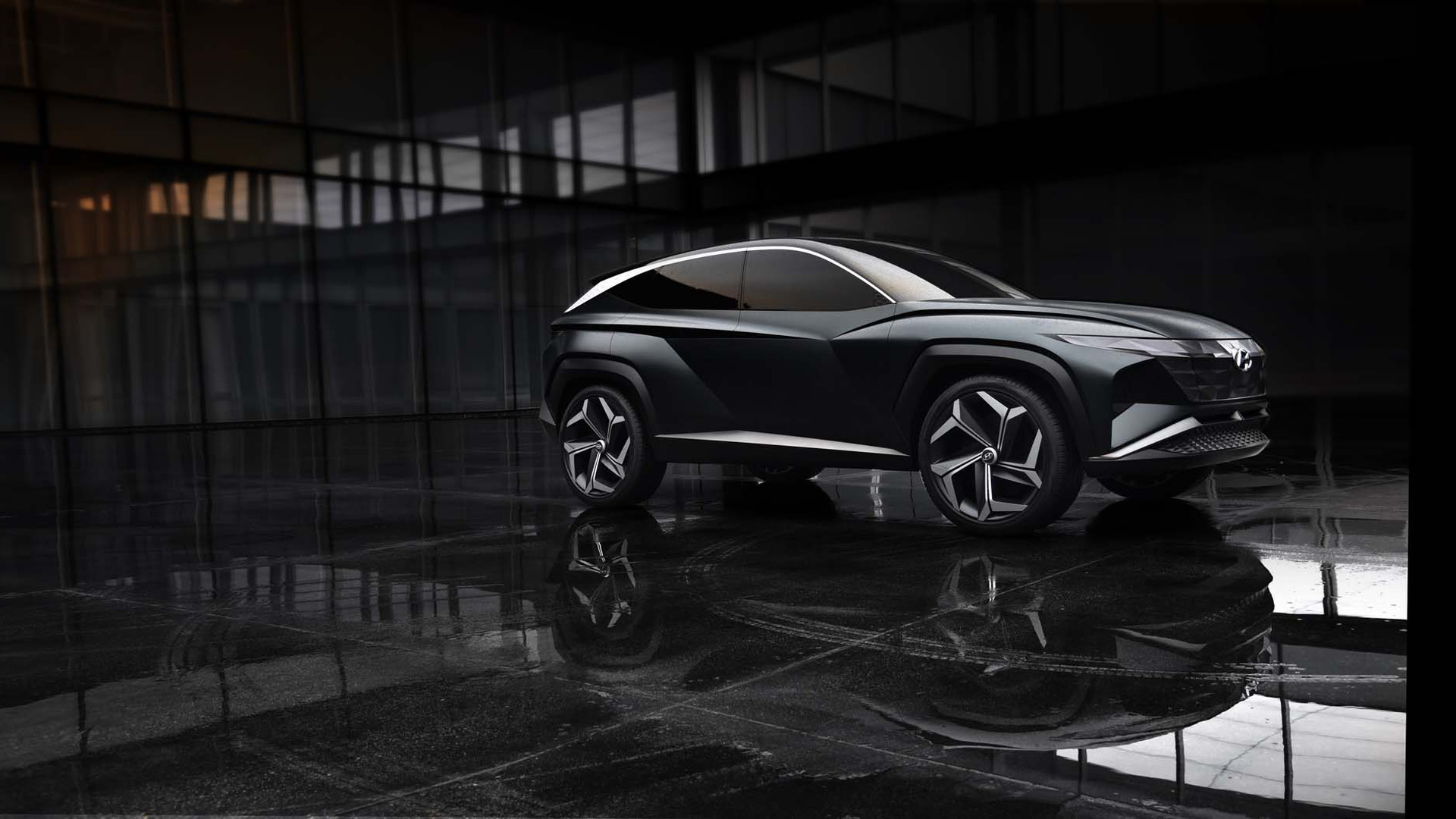 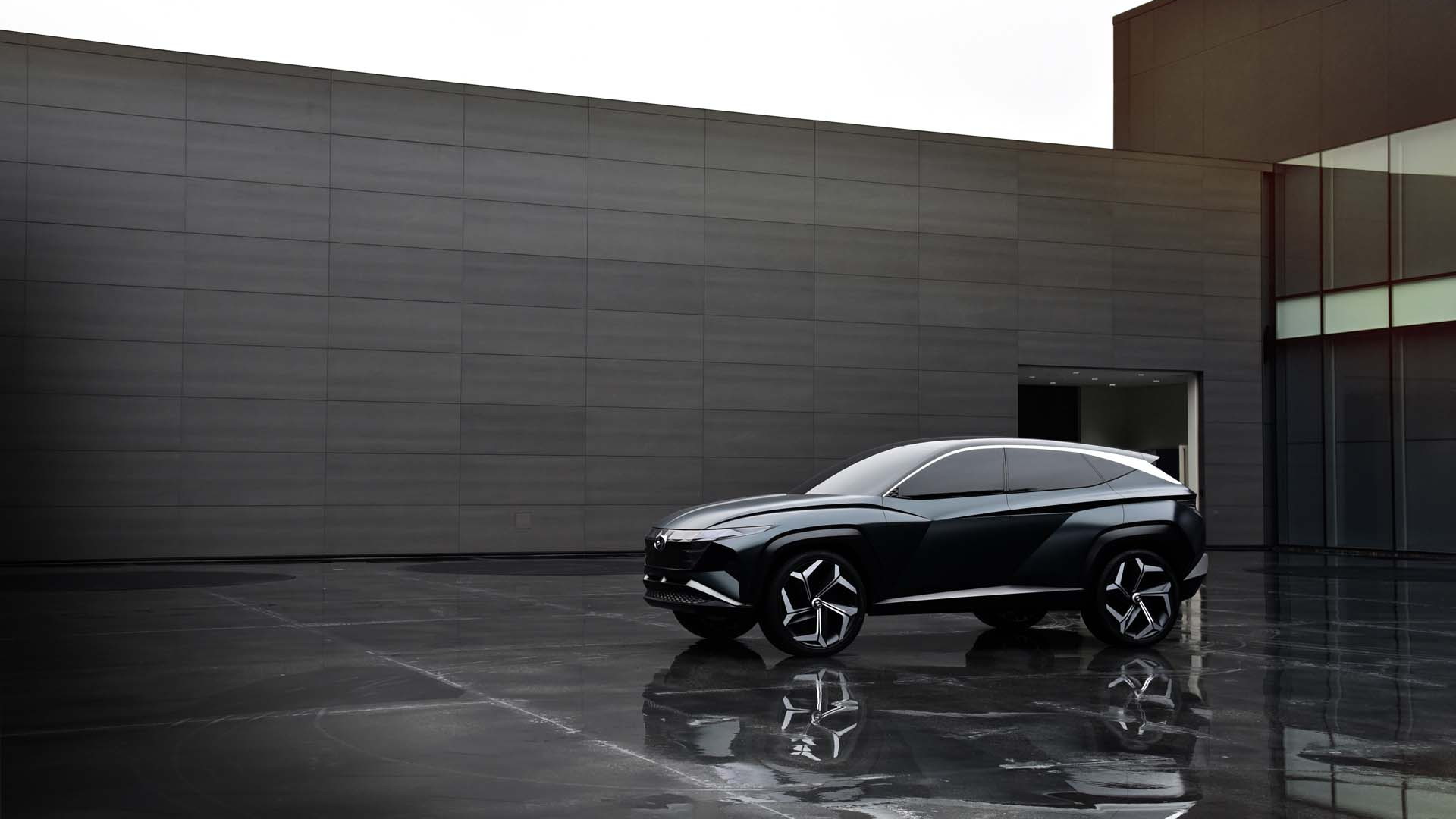 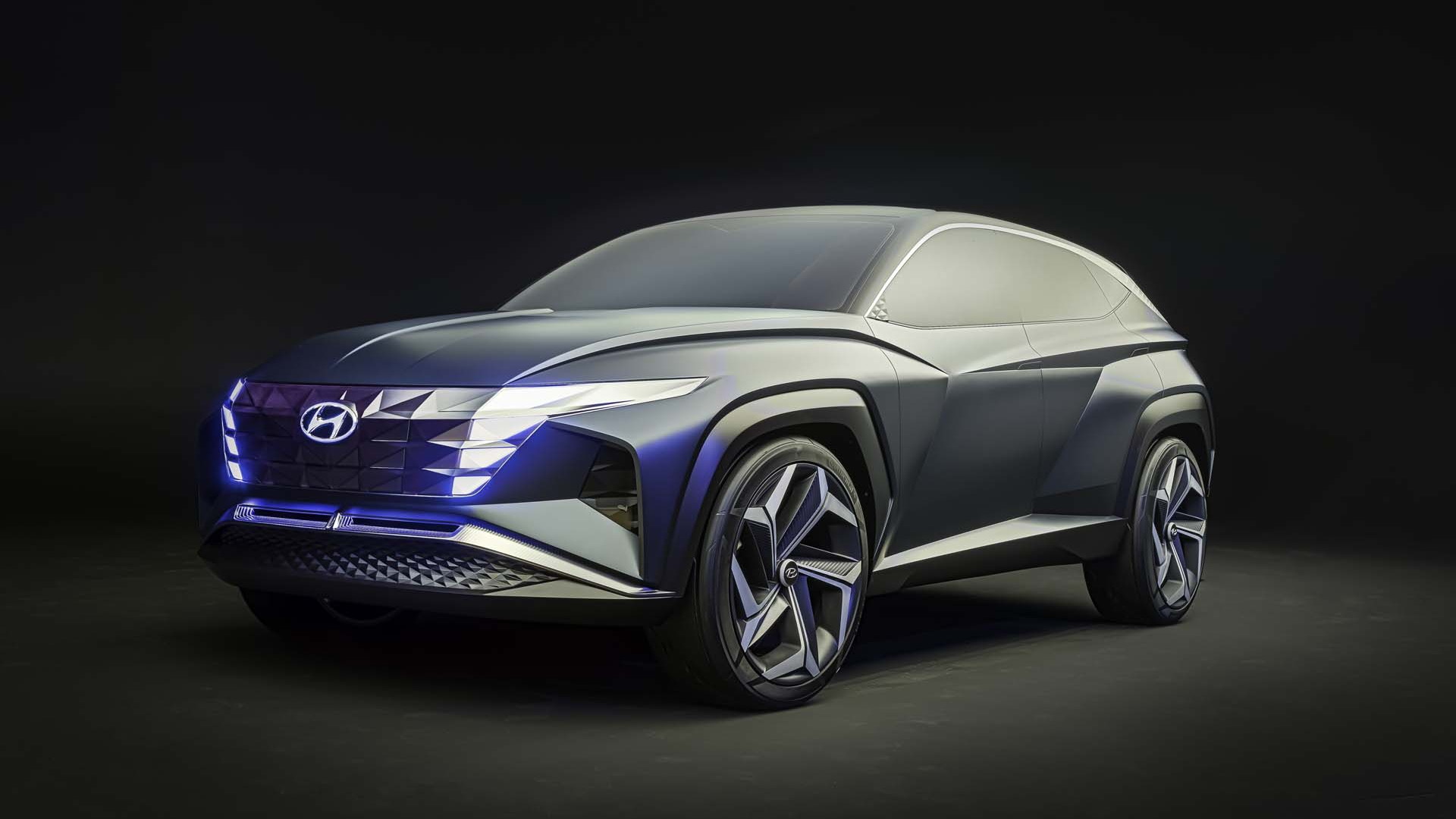 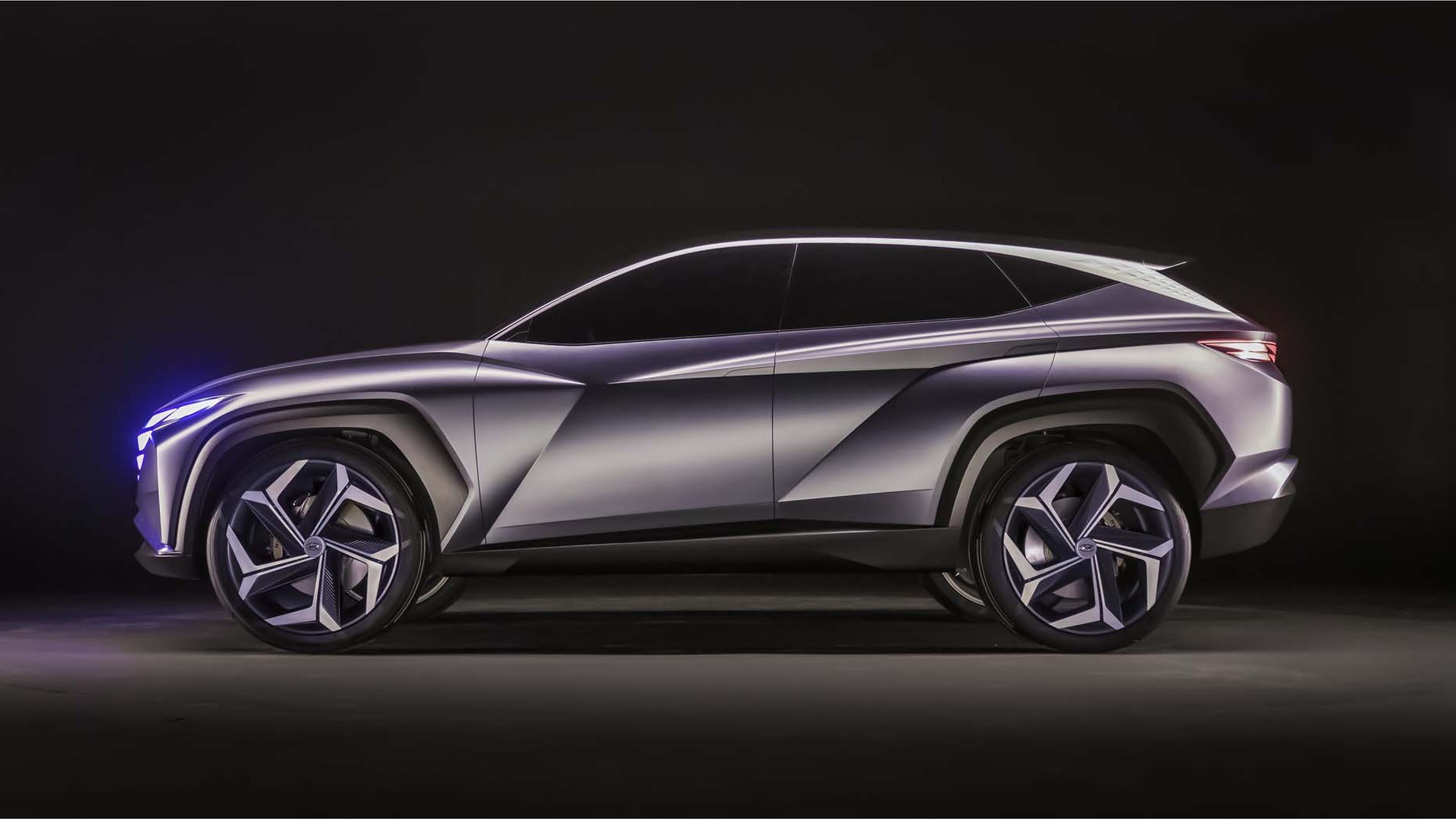 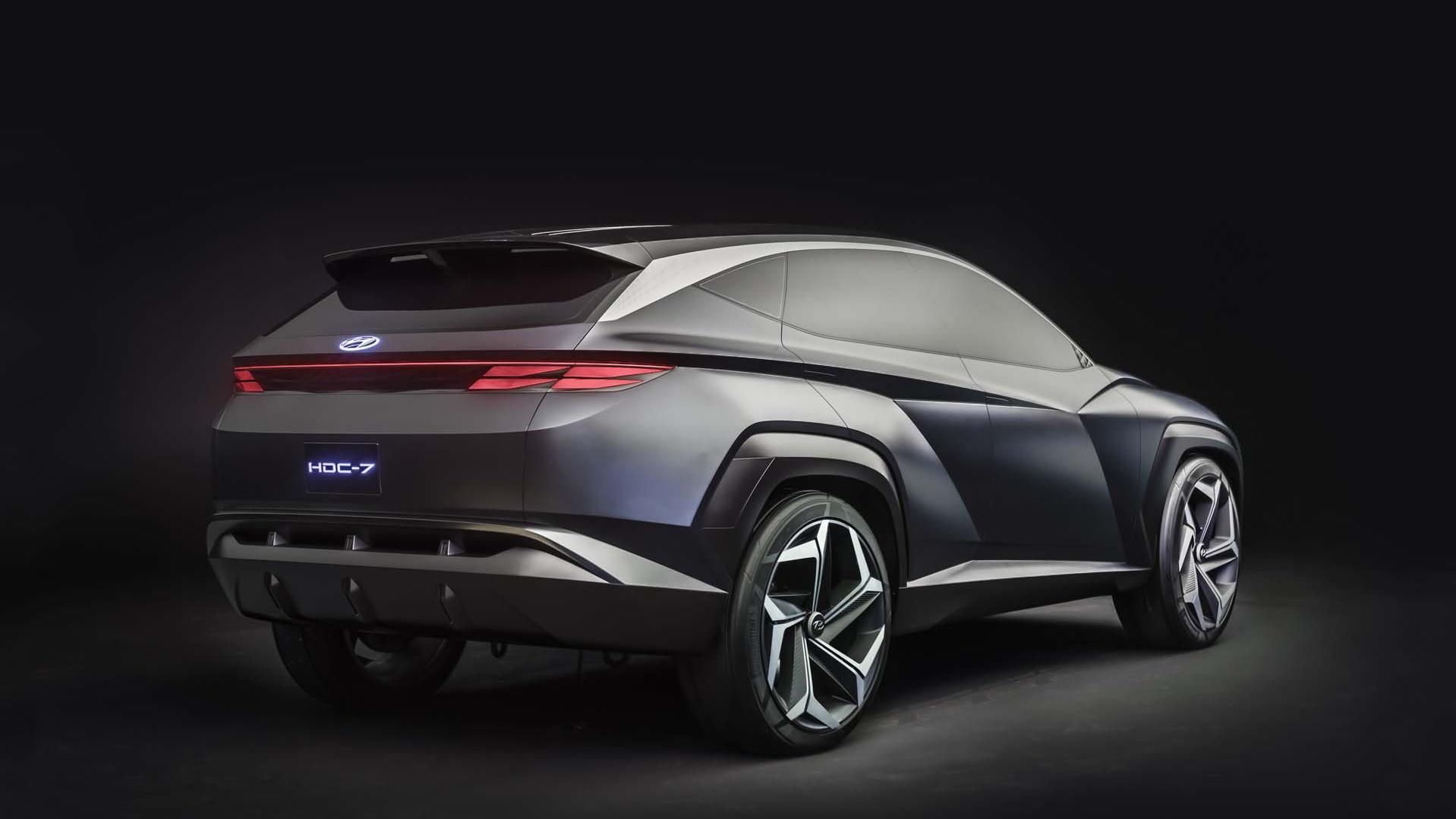 The Hyundai Vision T concept revealed Wednesday at the 2019 Los Angeles Auto Show has a future in showrooms, but the future of its plug-in hybrid powertrain isn't certain.

The concept's styling cues pull forward the dowdier look of the current Hyundai Tucson, with more crisp edges, fuller fenders that pinch into a wasp waist, and in perhaps its most successful new cue, LED lighting that extends from the headlights in a continuous rib that forms the sides of its grille.

That grille incorporates active air shutters that open and close according to vehicle speed and air-cooling need.

The Vision T's powertrain barely gets a nod in official press information distributed prior to its debut. Hyundai has penned in a charging port at the rear quarter of the vehicle; it lives under a sliding side door, and a circle of light indicates charge status.

Hyundai released no other details of potential future plug-in hybrids or in which vehicles they might live. Hyundai did launch a revamped version of its Ioniq hybrid, plug-in hybrid, and electric hatchback at the 2019 LA Auto Show; the electric Ioniq sports an improved battery with up to 170 miles of range on a full charge.