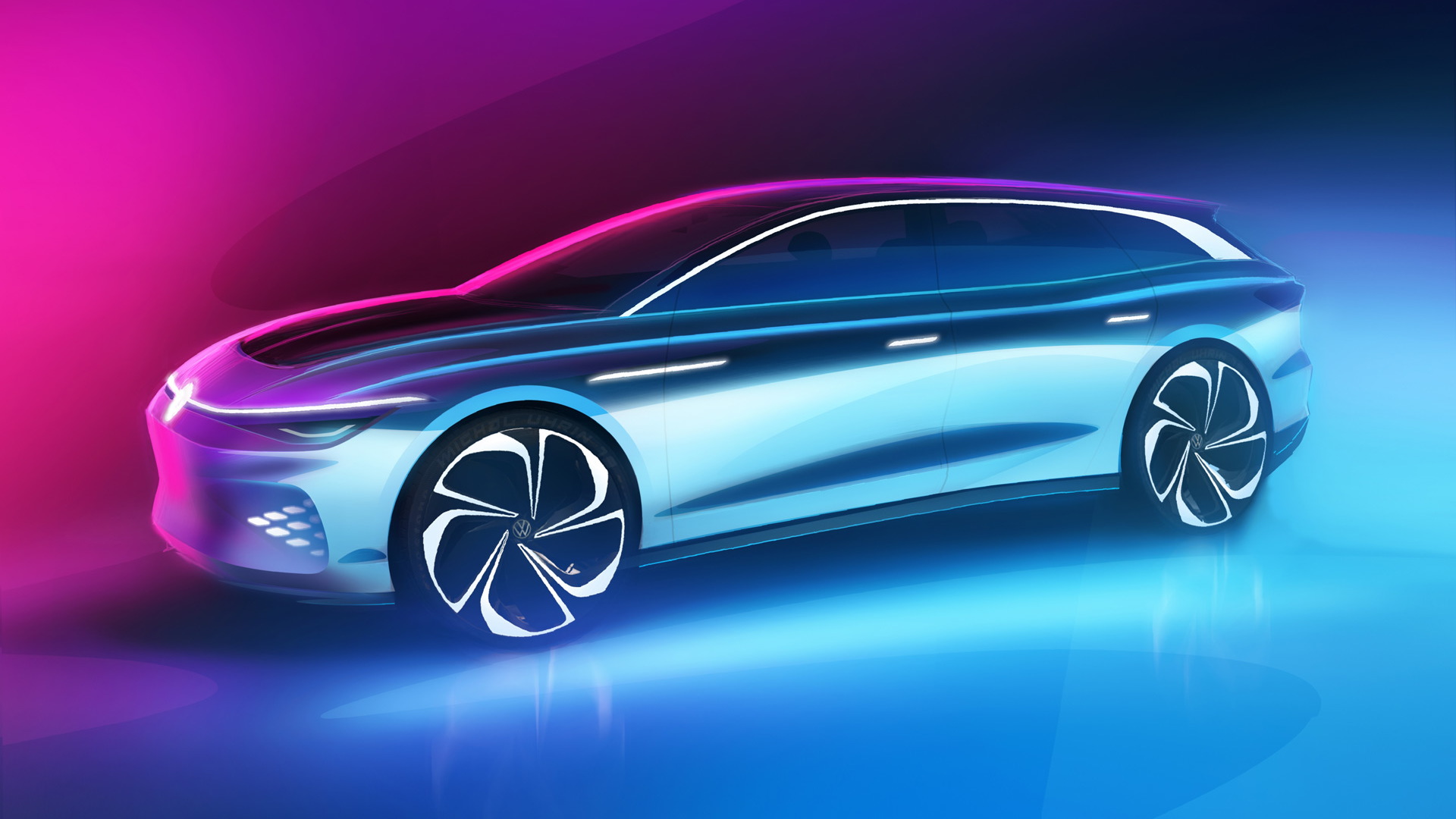 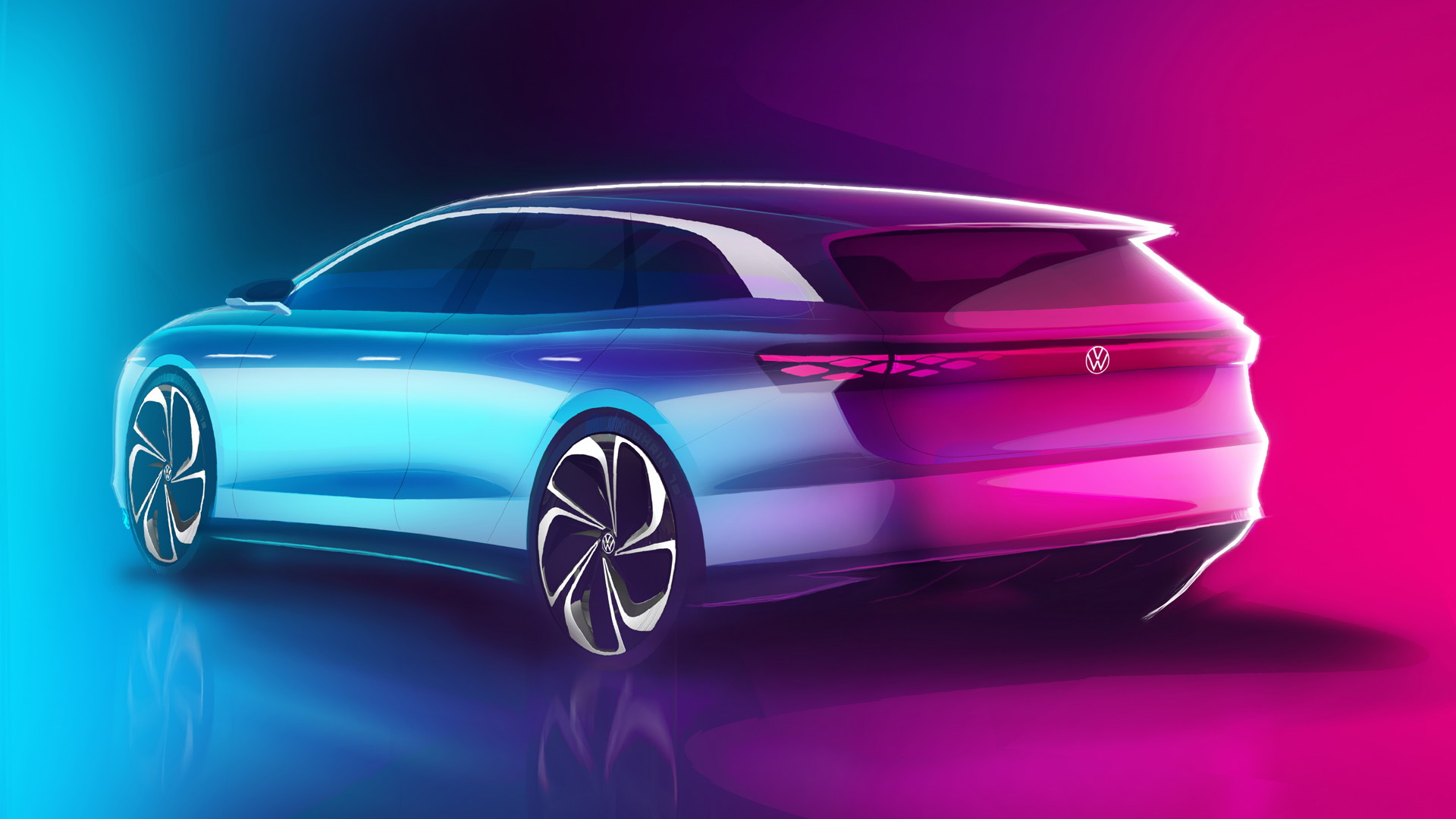 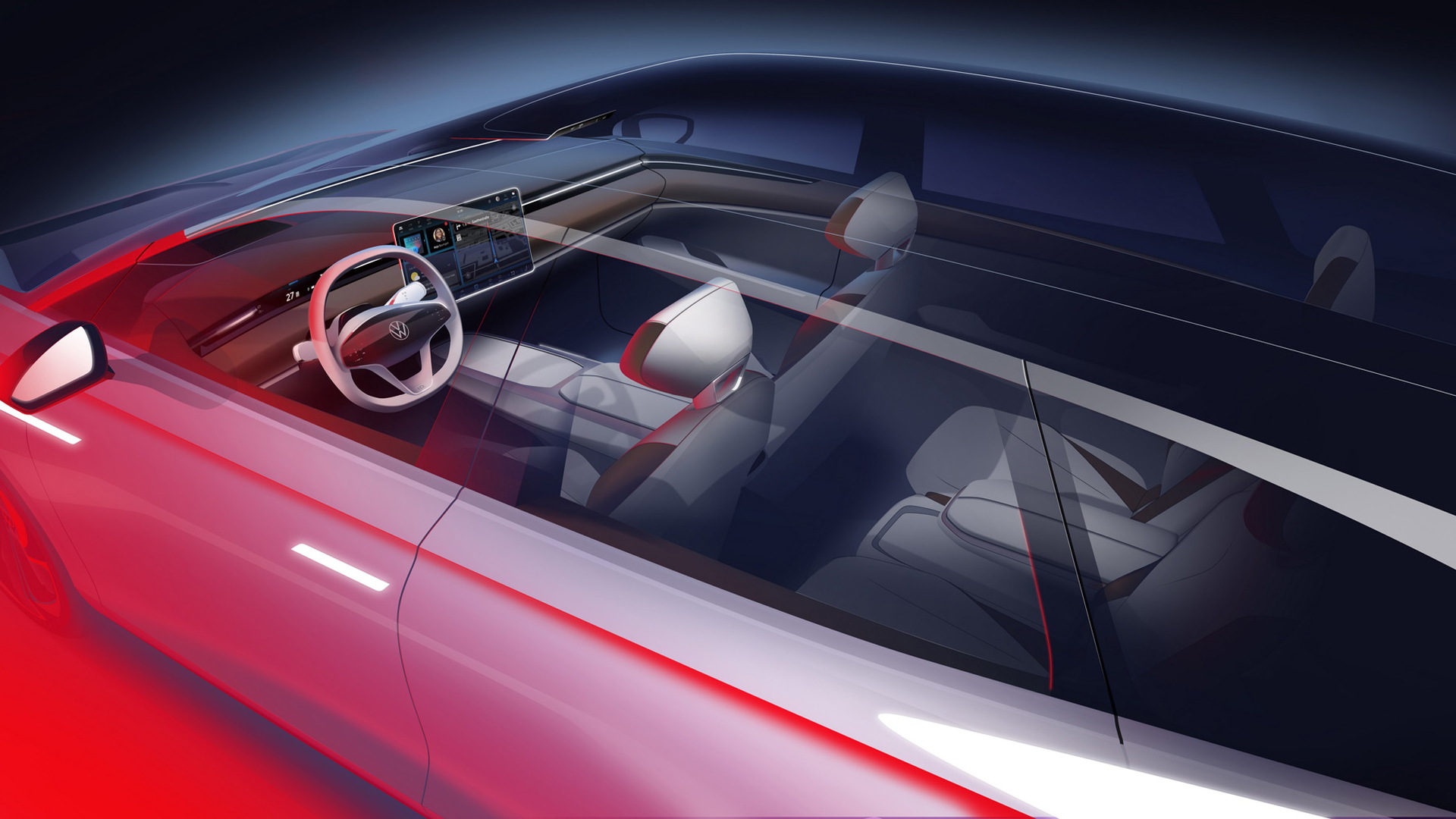 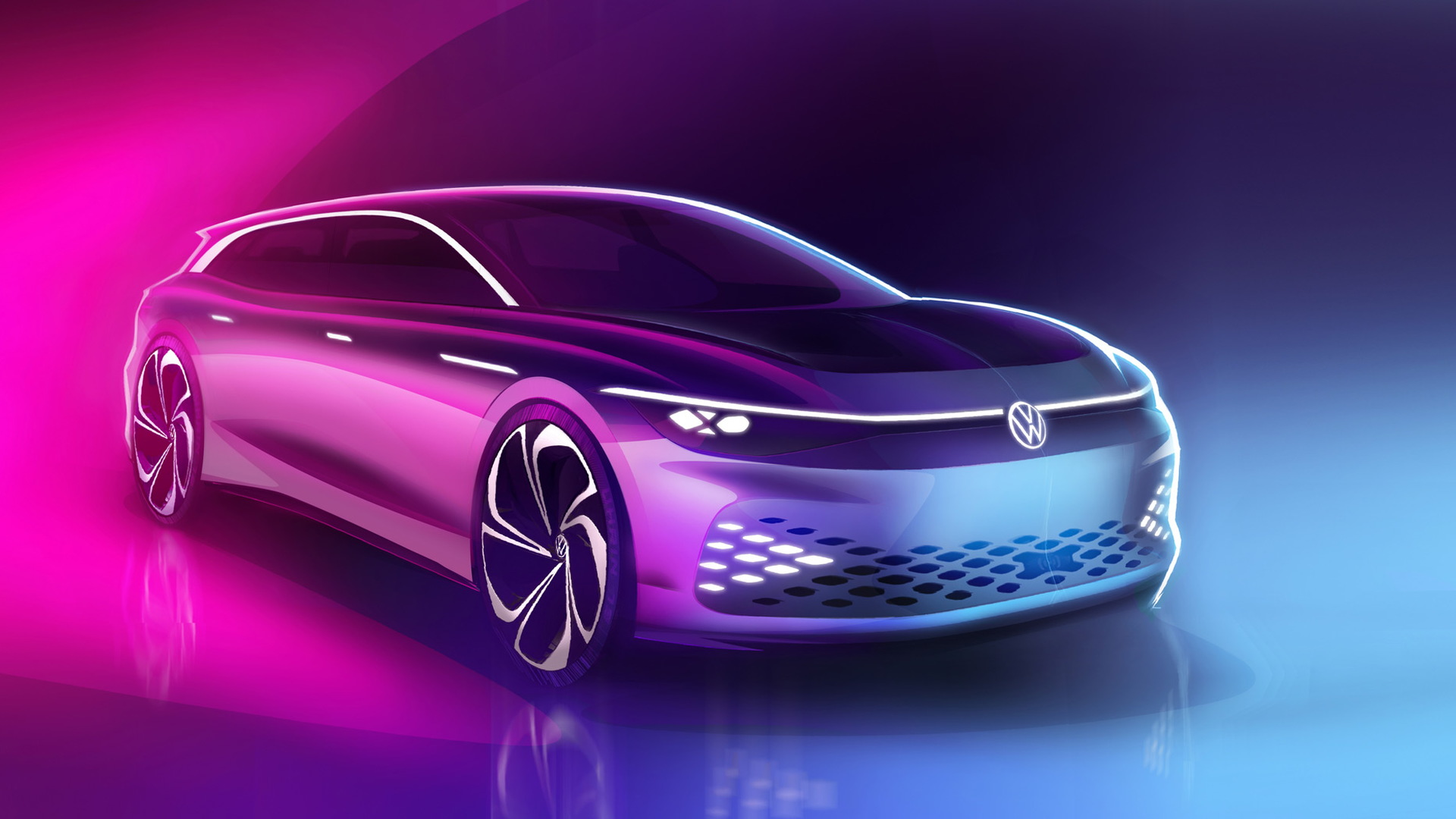 According to VW, the Space Vizzion is a “crossover of tomorrow,” with the spaciousness of an SUV and the “aerodynamic characteristics of a Gran Turismo.” Yes, we see it as a very sporty-looking wagon. VW claims that a production version of the model would have a range of 300 EPA miles.

VW had previously said that the ID Vizzion concept would be at the top of the ID range and would use the extended-size version of the battery pack, around 111 kwh, as also to be used for the upcoming ID Buzz van. VW hasn’t confirmed a length for the Space Vizzion, but the ID Vizzion was more than 203 inches long—6 inches longer than a Tesla Model X.

Versus the ID Vizzion, the Space Vizzion does away with the rear-hinged rear doors and subs in an interface that looks more ready for the driver, with completely digitized controls, and materials including a new vegan leather alternative called AppleSkin.

The Vizzion is the largest car in the ID range, VW has said—and it might be even viewed as a replacement for the Phaeton large luxury sedan that was offered in Europe until 2016. At the 2018 Geneva show, when the ID Vizzion fastback was revealed, CEO Herbert Diess called the concept “the most personal, most emotional, and most individual Volkswagen of all times.”

“So far, with our ID family, we have shown what is possible with electric vehicles in each known car category,” said VW design chief Klaus Bischoff. “With the ID Space Vizzion we create a new, fully electric segment.”

Volkswagen says that the ID Space Vizzion will be released in late 2021, with versions for North America, Europe, and China.