And secondly, the Volkswagen brand is also soon expected to give a first look of how far upscale it can go with MEB.

To the first point, Audi’s exterior design chief Andreas Mindt last month at the LA Auto Show confirmed to Auto Express that the brand would be showing “a first draft” of the compact electric vehicle in a couple of months.

The small car would slot into the lineup as one of 12 fully electric vehicles to be launched by Audi by 2025, and one of four to go on sale by 2021. Prior to then, the 2019 Audi e-tron SUV reaches U.S. dealerships in spring 2019; a closely related e-tron Sportback will arrive nearly a year later; and then the e-tron GT—likely looking much like the version shown at LA this month—will arrive later in 2020.

This model is expected to be closely related to the I.D. hatchback—the vehicle that’s been rumored to be called Neo either internally or for some markets. The I.D. hatchback is about 6.1 inches longer and 3.0 inches taller than the current Golf, which is a benchmark size for small cars, and the wheelbase (distance between the front and rear wheels) is 5.1 inches longer for the I.D. than the Golf.

Such an electric vehicle would be a fully electric counterpoint to the brand’s A3 and help balance the expected premium prices of all the EVs Audi has previewed so far. The 2019 Audi e-tron SUV, which arrives to the U.S. in spring 2019, will start at $75,795, and the e-tron Sportback and e-tron GT are expected to be even more expensive.

CHECK OUT: Volkswagen details the foundation for 10 million electric vehicles

Since this is the premium-brand version of MEB, expect premium features—including all-wheel drive, possibly badged quattro, and the larger 62-kilowatt-hour (or 82-kwh) battery pack. 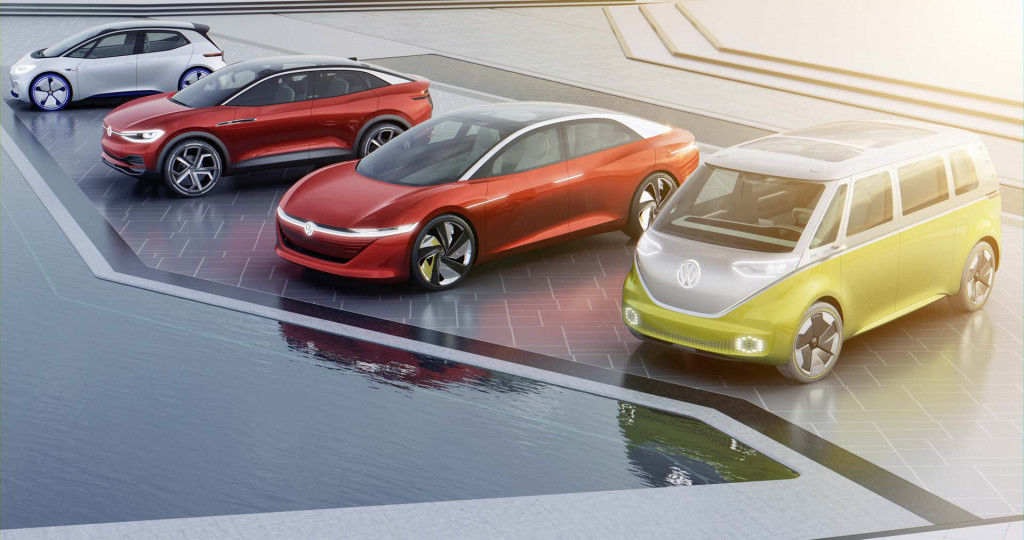 Meanwhile, to that second point, Autocar has reported that Volkswagen is rushing to present, in concept form, an I.D. Lounge crossover, built on the longer version of the platform as used in the I.D. Buzz van and I.D. Vizzion sedan, at the Shanghai Auto Show. The model, reportedly inspired by the Touareg, would likely use VW’s largest 111-kwh battery pack planned for MEB.

Expect plenty more concepts and news about the Volkswagen Group’s electric vehicles. The automaker plans 27 vehicle introductions on MEB, across all of its brands, by the end of 2022.