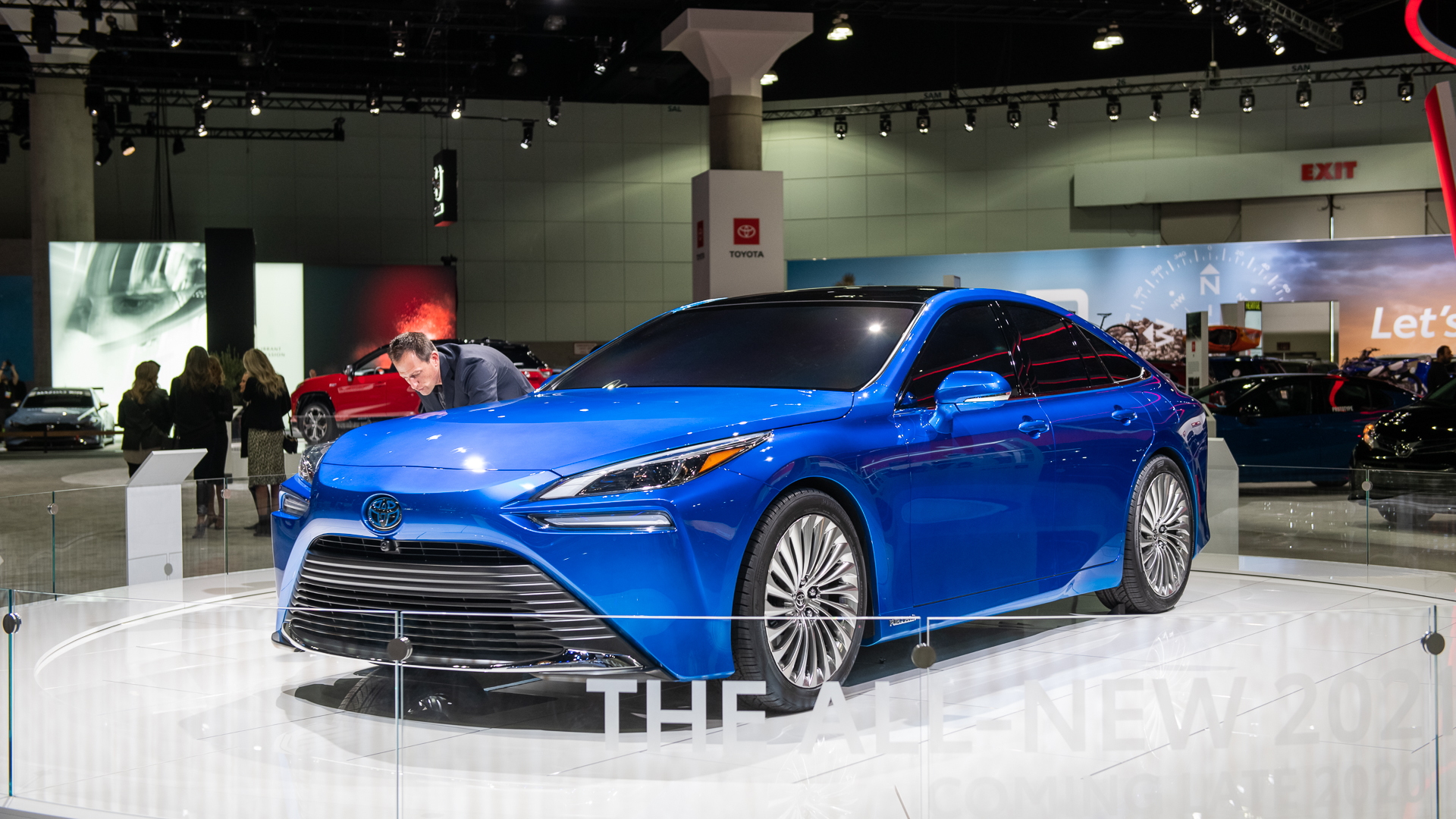 Toyota’s Mirai fuel-cell sedan has been revealed in concept form, ahead of its complete redesign for the 2021 model year. And it finally looks the part.

Up until now, Toyota’s technology flagship has packed some sexy sustainability credentials, with fully baked fuel-cell tech (asterisks to the infrastructure, which isn’t yet fully baked). But the flip side has been a gawky, disjointed look, originally claimed to be a glimpse of the future (the meaning of mirai), that verges on “you can’t be serious.”

The next Mirai, it seems from first look, is much closer to what the Mirai should have been all along—a rear-wheel-drive sport sedan that mates something akin to Tesla-rivaling performance with Toyota’s sustainability ambitions and expertise in fuel cells.

Toyota says that when it goes on sale in late 2020 it “will deliver a significant evolution of Toyota’s hydrogen FCEV powertrain technology and offer a critical look into the future of Toyota’s lineup.”

Toyota is targeting a 30-percent boost in driving range for this generation, with a higher hydrogen capacity.

This time around Toyota is aiming for performance and being more of a driver’s car. “I want customers to say, ‘I chose the Mirai not because it’s an FCEV, but because I really wanted this car, and it just happened to be an FCEV,’” said Yoshikazu Tanaka, the chief engineer for the outgoing and upcoming versions of the Mirai. 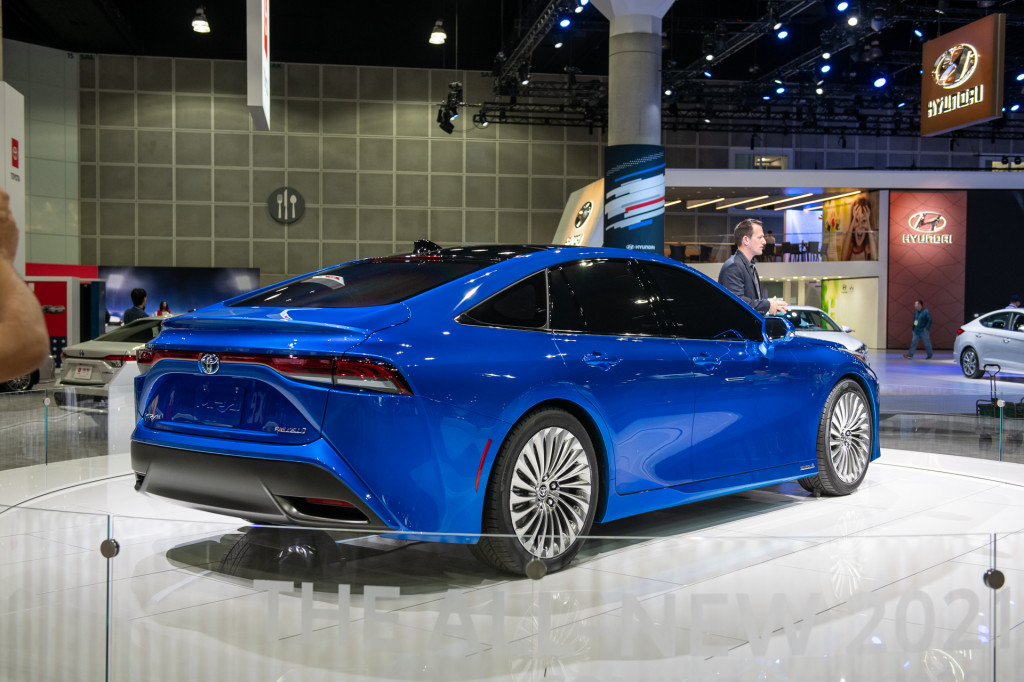 It's based on a premium rear-wheel-drive platform and will be a companion model to a battery-electric vehicle, Toyota says—timeline and other details left out at this time.

The 2021 Mirai will be longer, lower, and wider. It’s also more aerodynamic, Toyota says, and comes with 20-inch wheels that help set the stance. Although we haven’t seen it in person, we think the Mirai embodies some of the same great proportions as Lexus sedans of the 1990s—particularly the GS. 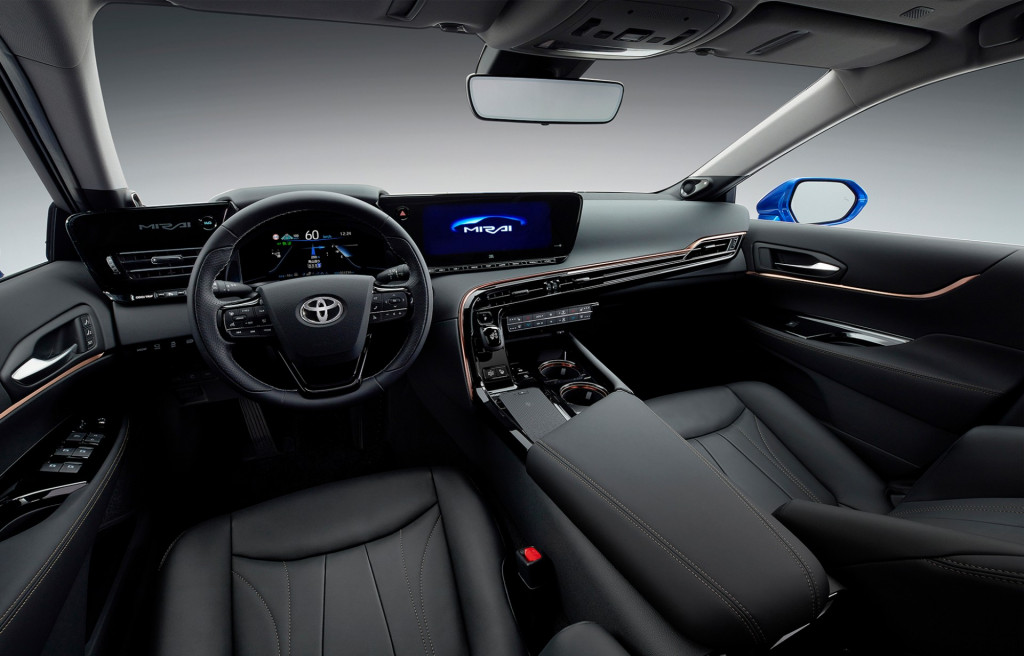 Inside, the Mirai has “a hint of futurism without getting too sci-fi this time around. The instrument panel design is more horizontal, as has been featured in all recent sedan redesigns from Toyota and Lexus, but it’s more divided between the driver and passengers and the seating position looks rather low and laid-back. An 8.0-inch gauge cluster flows continuously into a wide, horizontally oriented 12.3-inch center screen.

Toyota doesn’t get into specs for the new Mirai or its next-generation fuel-cell stack, which is also headed into BMW vehicles, but the company clearly hasn’t given up on seeing hydrogen fuel cells as one of the common vehicle formats of the future. It says that it projects fuel-cell tech to be “one day as common as the company’s hybrid electric technology.” It notes that with current refueling hardware a fill of the hydrogen tank will take about five minutes.

Toyota’s officially calling this Mirai a concept, which means that the proportions might be tweaked slightly and any number of details might show up a little bit differently in the production version. Let’s hope they don’t change too much.