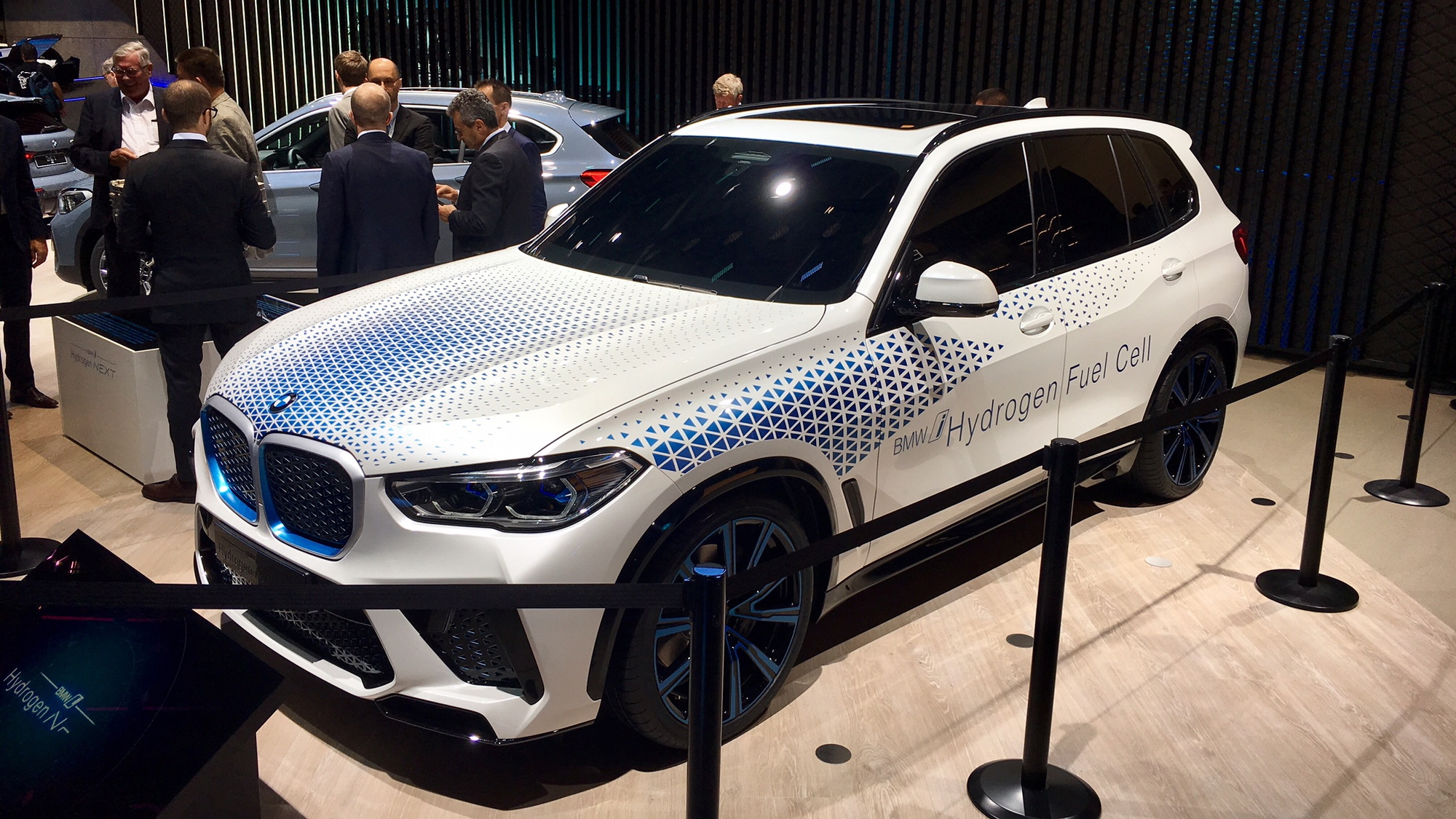 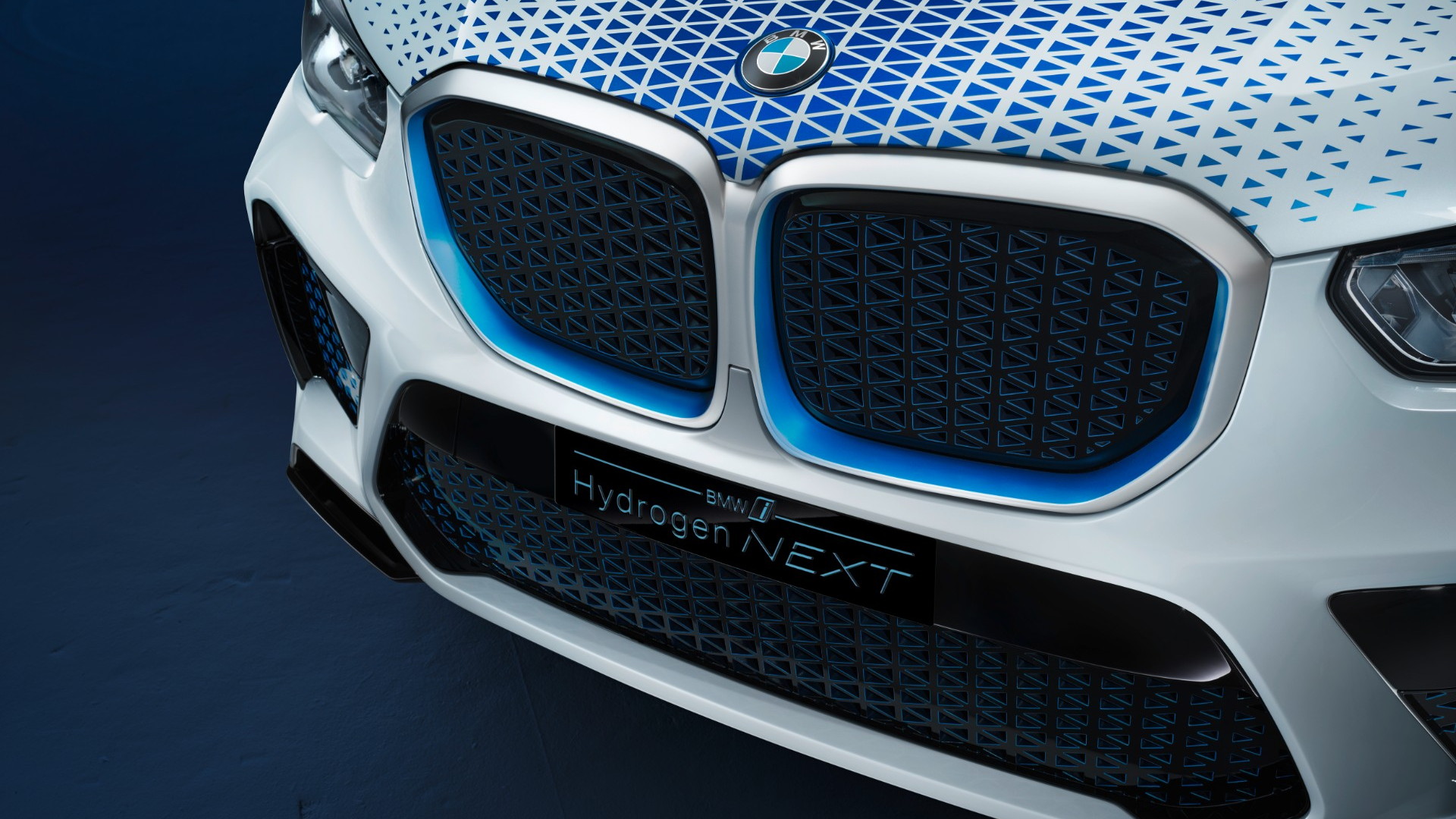 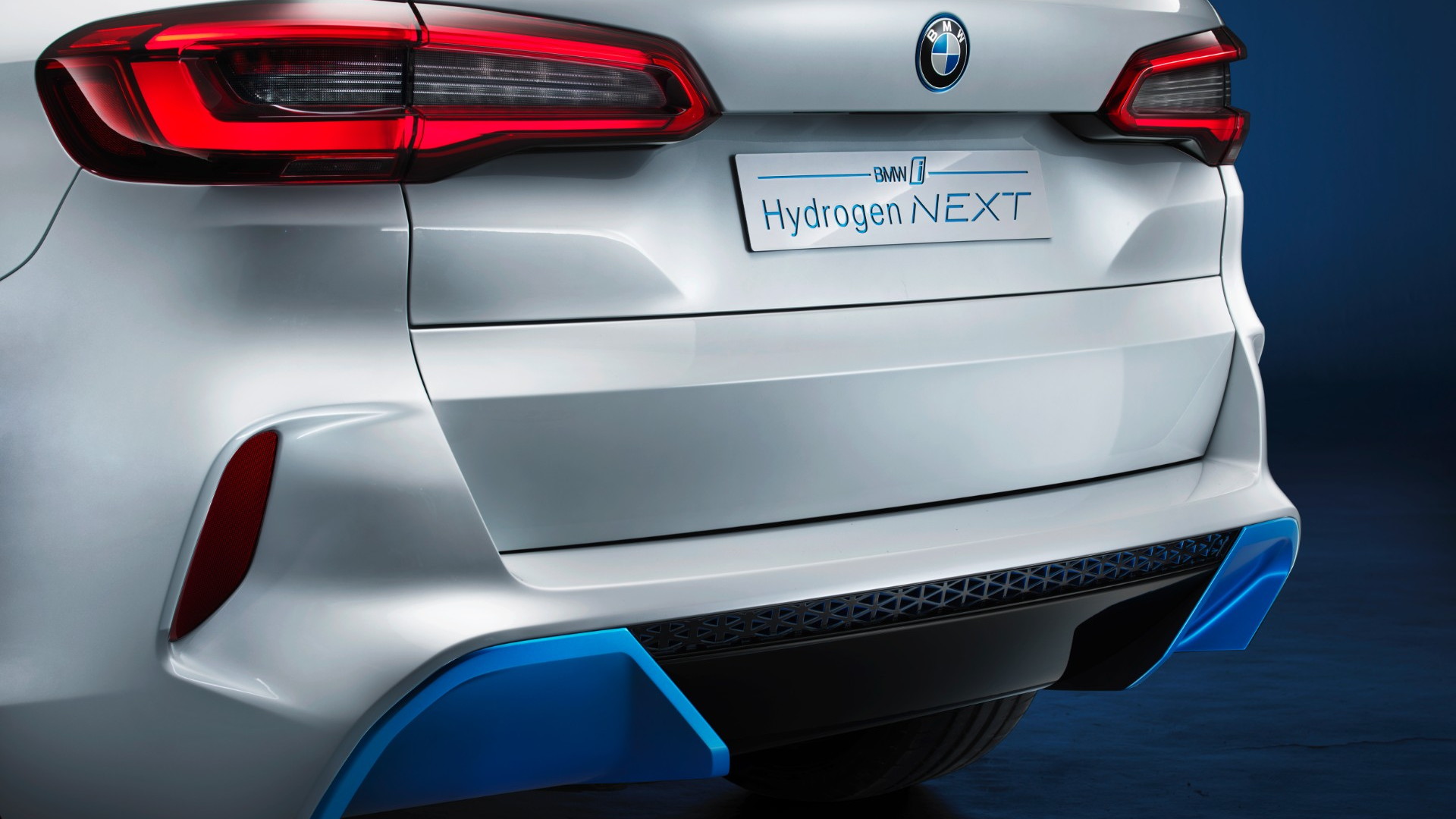 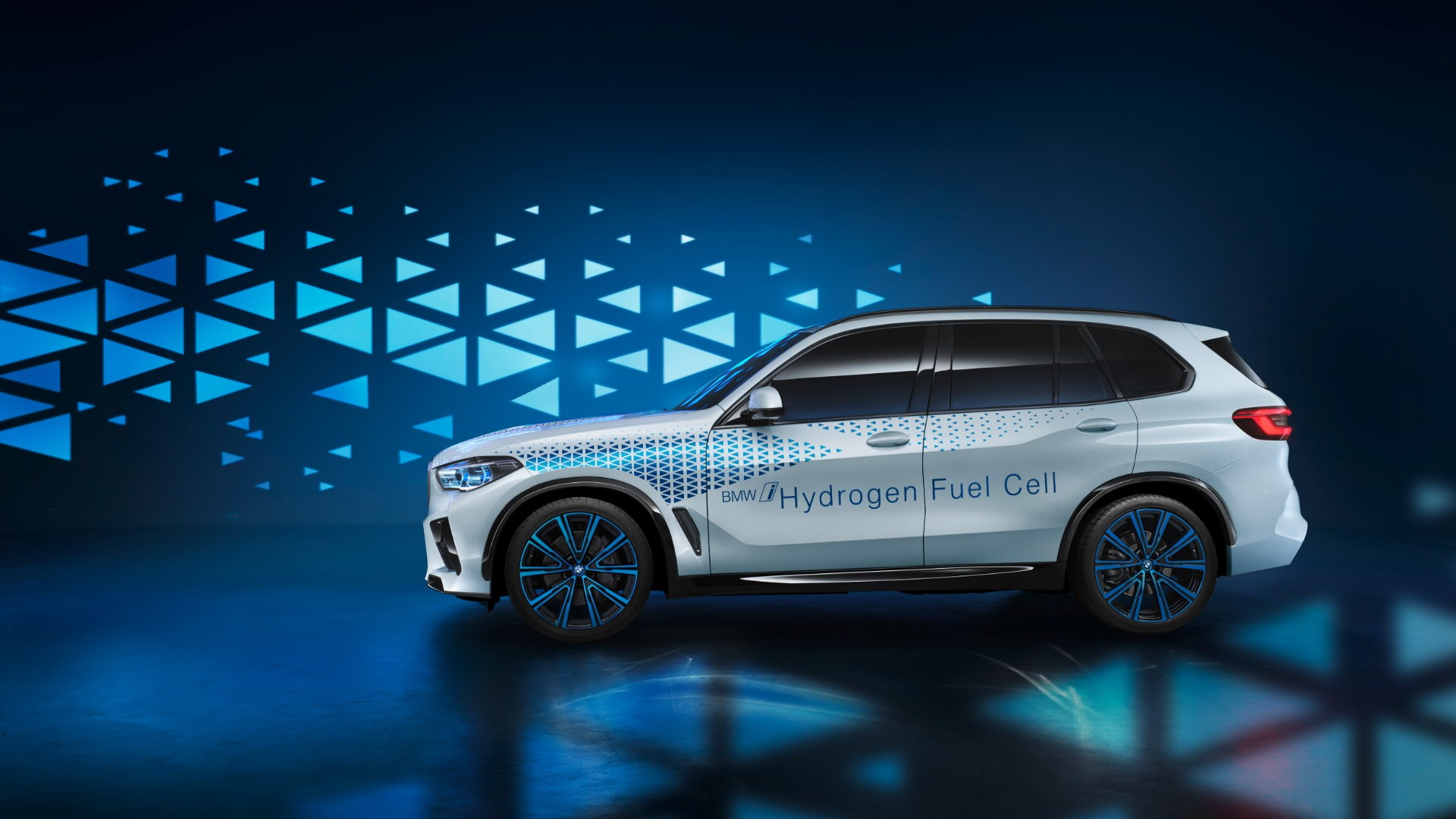 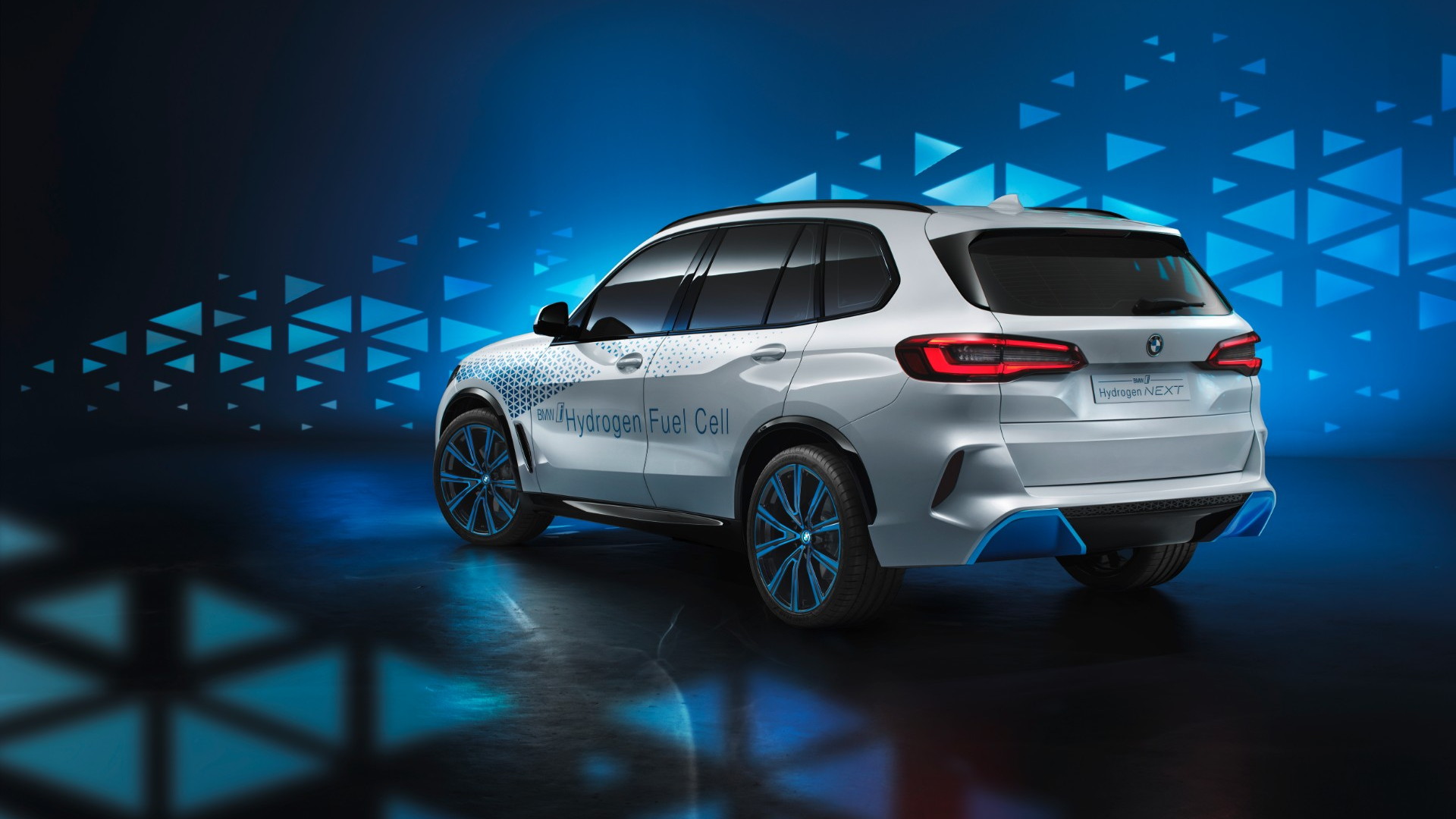 BMW announced Tuesday that it is working on a next generation of fuel-cell drive systems, to first be presented in a limited-production version of the BMW X5 in 2022, and then in a more widely available model starting in 2025.

In a release accompanying the announcement, BMW said that the i Hydrogen Next fuel-cell development vehicle revealed at the Frankfurt auto show “demonstrates that this technology can be integrated effectively into a dynamic vehicle like the BMW X5.”

The X5 has modifications to help it fit in with BMW’s efficient-mobility ‘i’ sub-brand, including a BMW i Blue patterning for the hood, different air intakes and light alloy wheels,and a BMW i Blue rear diffuser that eliminates the tailpipe and “highlights that the car’s drive system produces zero local emissions.”

The vehicle’s drive system was developed jointly between BMW and Toyota, while its next gen fuel cell stack comes from Toyota. It's part of a longstanding technology partnership between the companies announced in 2013.

BMW has a fair amount of experience with hydrogen storage as it built a version of the BMW 7-Series flagship from 2005-2007, called the Hydrogen 7, with a hydrogen-powered V-12 internal combustion engine. The carmaker has also been testing a fleet of prototype BMW 5-Series GT hydrogen fuel cell vehicles since 2015.

An informational video on the Frankfurt show stand showed two cylindrical hydrogen tanks—one oriented longitudinally, down the middle of the vehicle, and the other oriented width-wise under the rear-seat area.

Refueling times for the upcoming vehicle, expected to use the current 70 MPa pressure standard, will be under four minutes.

The new hydrogen BMW hasn’t been confirmed for the U.S., although it’s likely to be tested in California, where there’s an established network of hydrogen stations—recently interrupted however.

BMW doesn’t lose itself in hype, and the press release includes some pragmatic checks on the importance of a hydrogen infrastructure, which it says in most countries is still “in the early stages of development.” The timing for these products, it emphasizes, “very much depends on market requirements and overall conditions.”