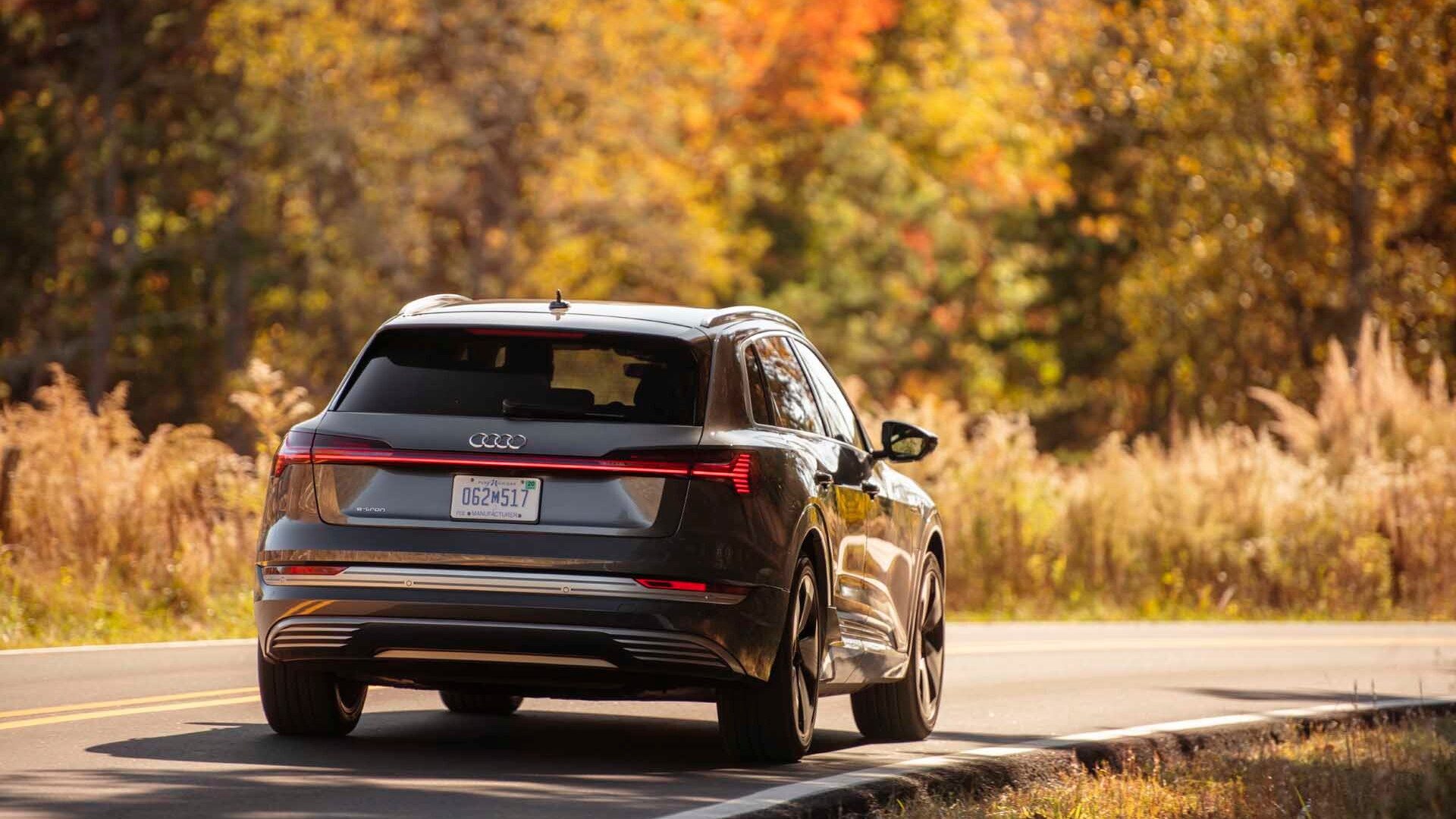 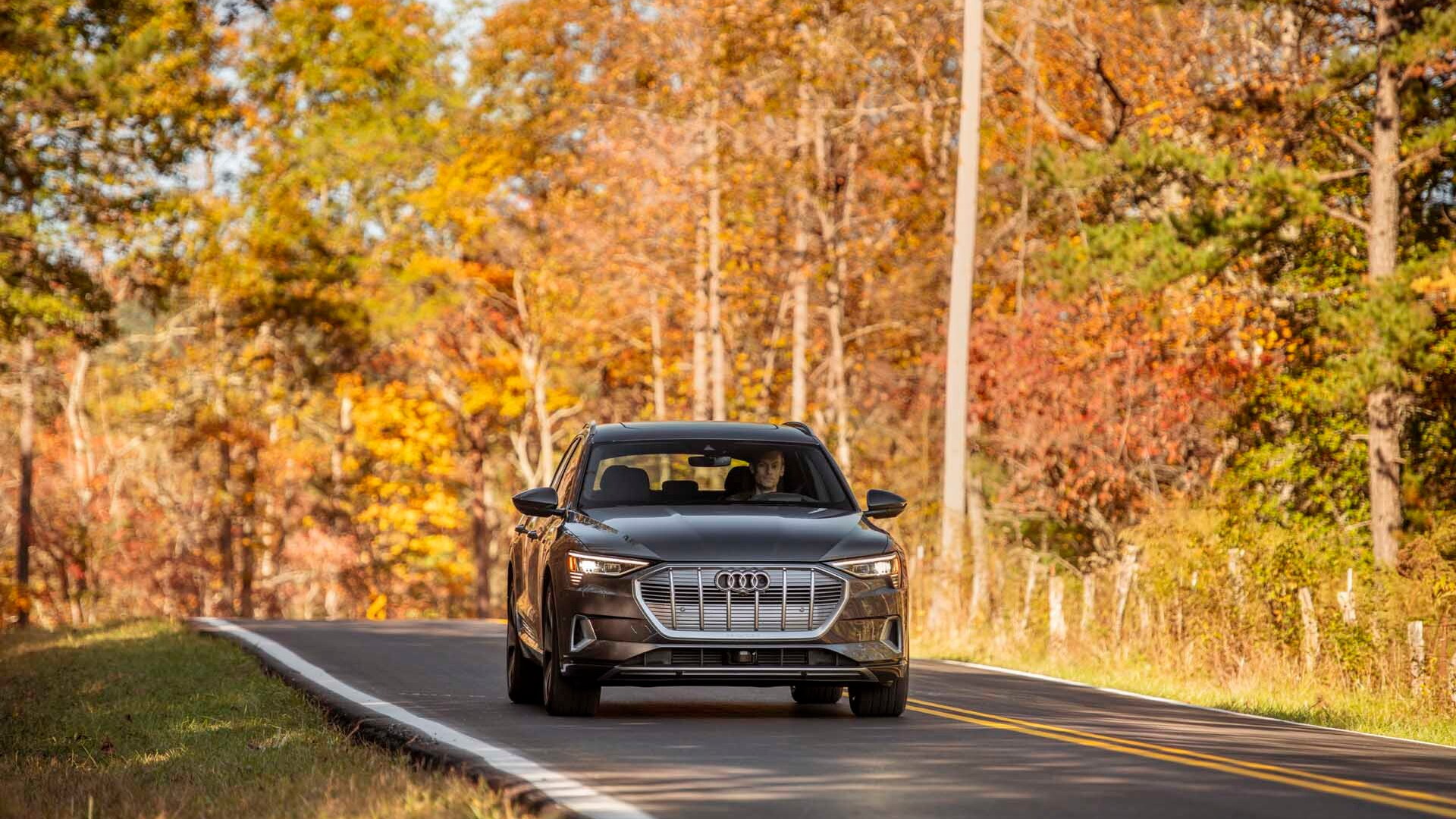 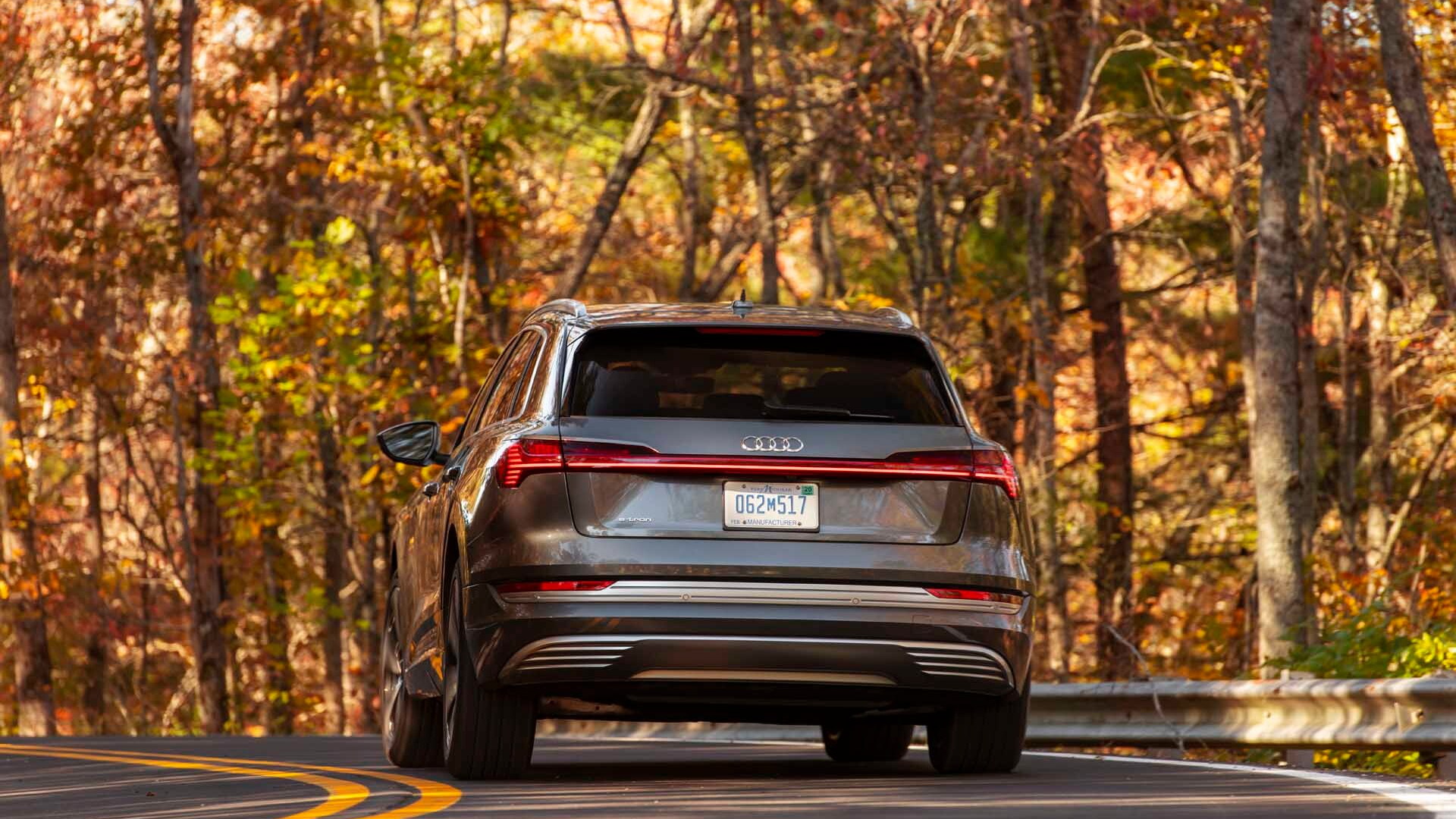 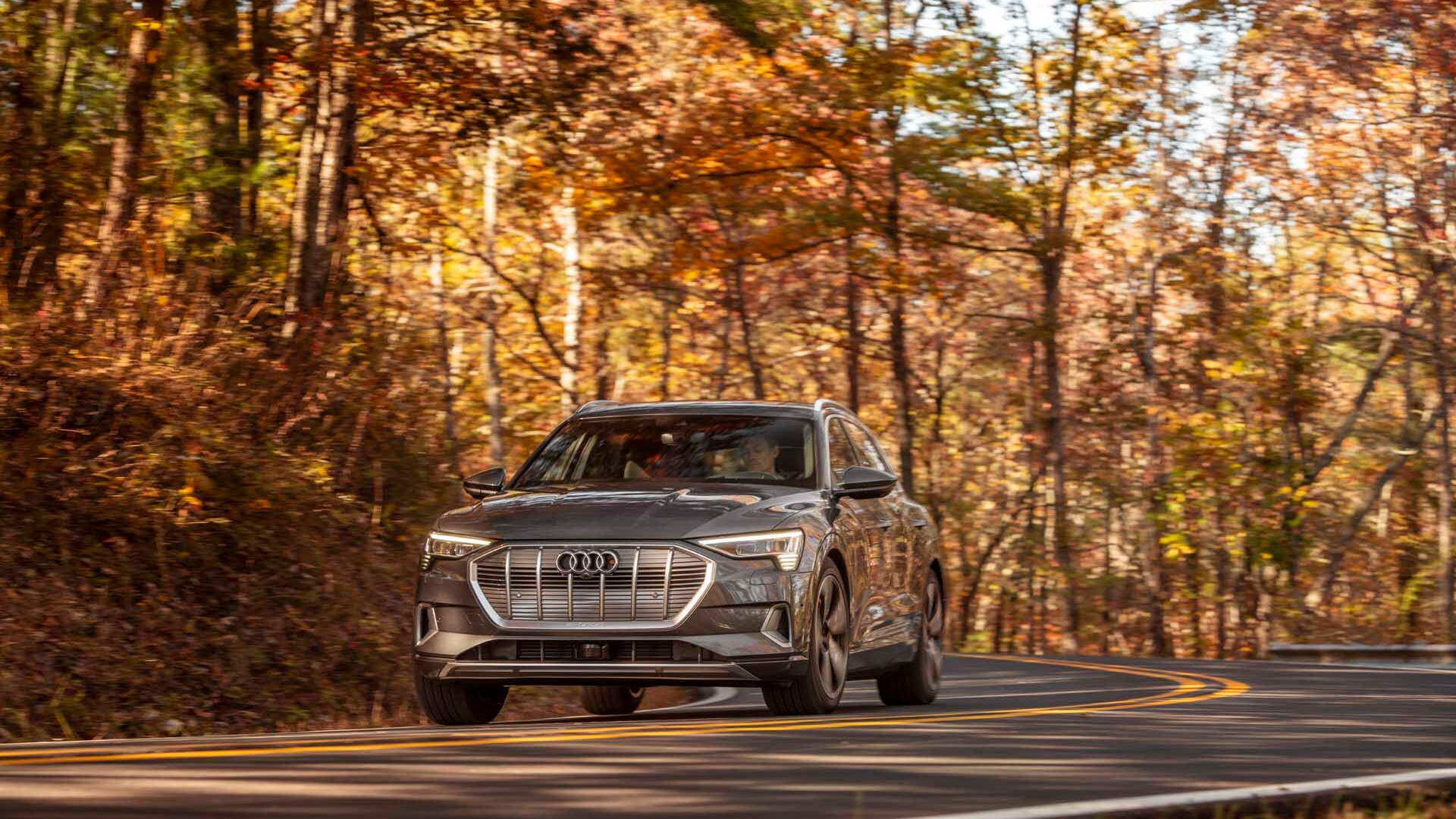 When an electric vehicle is plugged in overnight in a garage, whether it needs four hours or six hours to top off is most likely insignificant. But on a road trip and stopped at a DC fast charger, every minute counts—and knowing exactly how long a roadside charging stop can be can make a big difference for morale.

As Audi has previously emphasized about the E-Tron SUV and E-Tron Sportback, the maximum charging rate isn’t as important as the charging rate that the vehicle can maintain over time. It’s the latter that makes your highway stop predictable.

Other electric vehicles, Audi claims—and it hasn’t said which ones—typically only reach their charging peak power for a short time and then drop to a tapered approach for the rest of the session. If the driver doesn’t plug in for the right portion of the battery’s state of charge (SOC), they miss the fastest charging—or anything close to the claimed miles recovered per 10 minutes.

According to Silvia Gramlich, the R&D expert tasked with charging time and charging efficiency at Audi, that reduction of the power in other EVs after a short high-power charging burst has to do with the way the batteries heat up.

Audi claims that it can maintain predictable charging rates close to its peak 150 kw over a very wide outside temperature range—and whether you plug in at 5% or 50%—thanks to some smart decisions about thermal management.

Even-tempered, no matter what

According to Audi, the E-Tron contains 40 meters of cooling cable, split over four cooling circuits, one of which runs directly below the high-voltage components. Altogether, there are 22 liters of cooling agent.

The cooling lattice itself runs under the pack, and Audi explained that a lot of thought went into the development of the paste-like thermally conductive gap filler that thermally bonds the metal casing of the battery pack to the cell modules. If there’s a leakage in the coolant it won’t cause a short-circuit in the battery pack.

The E-Tron’s thermal system maintains the battery’s temperature in its optimum range of 25 to 35 degrees Celsius, even at extreme high or low outside temperatures. To keep the battery charging at or near those rates at temperature extremes the battery system utilizes either a cooler or a high-voltage heater.

Gramlich informed Green Car Reports that an outside temperature of -10 degrees C (14 degrees F) will work for those rates. But most of the time you’d drive for some time before fast-charging, which will help warm those systems somewhat.

In a webconference presentation Tuesday, Gramlich sketched out what it amounts to, showing that the area under the curve of the EV with the higher charge peak might not actually be any greater.

While the hand-drawn version was useful to show what drivers will experience versus those with other EVs, Audi’s inclusion of its charging curve versus that of “competitors”—as the company has done before—is a bit of a distraction. It’s not entirely clear which competitor it’s referring to, as Tesla’s V3 Superchargers top out around 250 kw, and in sifting through specs GCR couldn’t find a model that tops out near 200 kw but takes 90 minutes for a full charge.

Is this the shape of things to come?

GCR asked Gramlich whether its future models, which range from the upcoming E-Tron GT performance car to the affordable Q4 crossover, among others, will follow the same even-keeled charging strategy. “For upcoming models it is true to say that 150-kw charging will not be the end of development,” she said. “But even looking to the future, there will still be the same need as today to find a balance between charging capacity and charging speed.”

“With more different types of models on the market there will be the chance to match the charging concept more to the model characteristics, for example linking a performance model to a charging concept that favors charging speed,” Gramlich added.

For the time being, the E-Tron strikes a great balance from what we’ve observed. Audi says that starting at 5%, one might recover 110 kilometers (68 miles) of range after 10 minutes—a rate it can keep from 10 to 20 minutes, and on from 20 to 30 minutes, when it will reach about 80%. A full charge will take just 45 minutes.

That’s all based on the E-Tron’s top 446-km (277-mile) rating in the European WLTP cycle. Extrapolating to the 2020 E-Tron Sportback’s EPA-rated range of 218 miles, that equates to nearly 55 miles of range recovered for the U.S. E-Tron Sportback every 10 minutes.

That, Audi says, results in less time charging on long trips, because you don’t have to time your charging stops more frequently and at range-anxiety-inducing lower states of charge to take advantage of the peak rate. Whether you choose shorter stops or longer stops, it’s all the same.