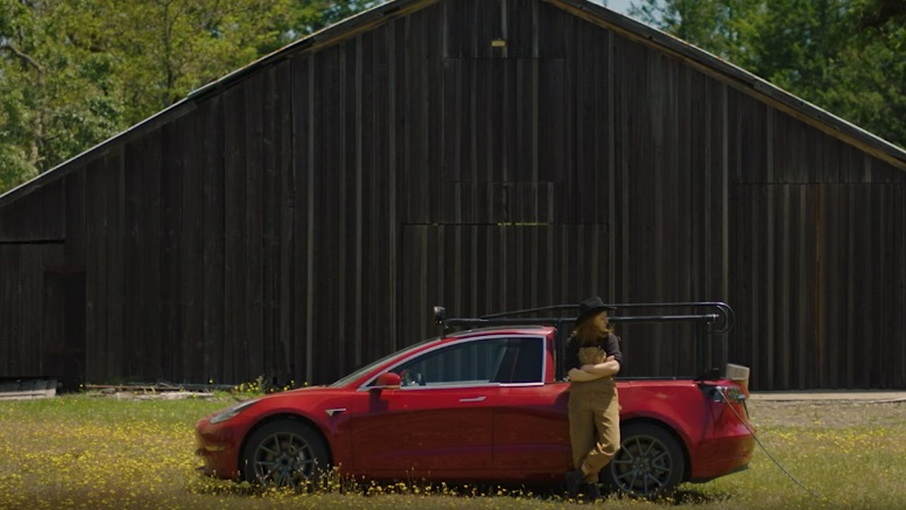 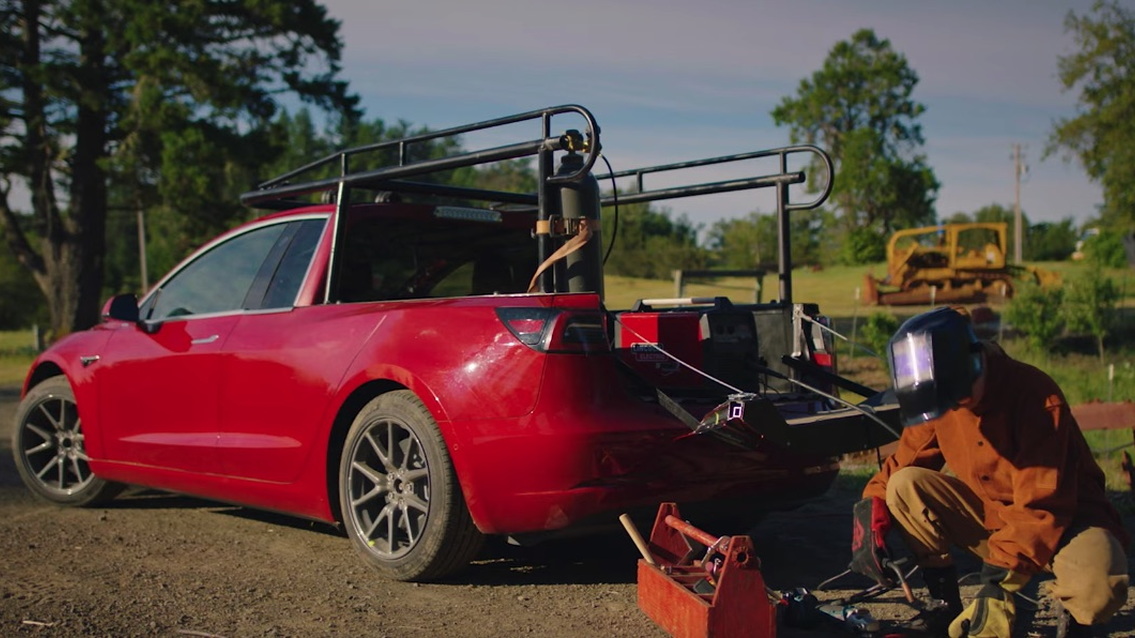 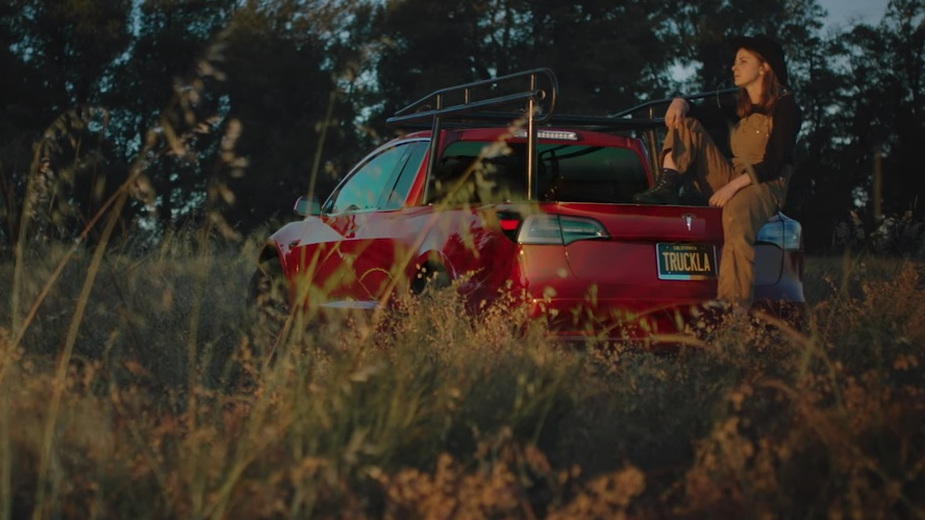 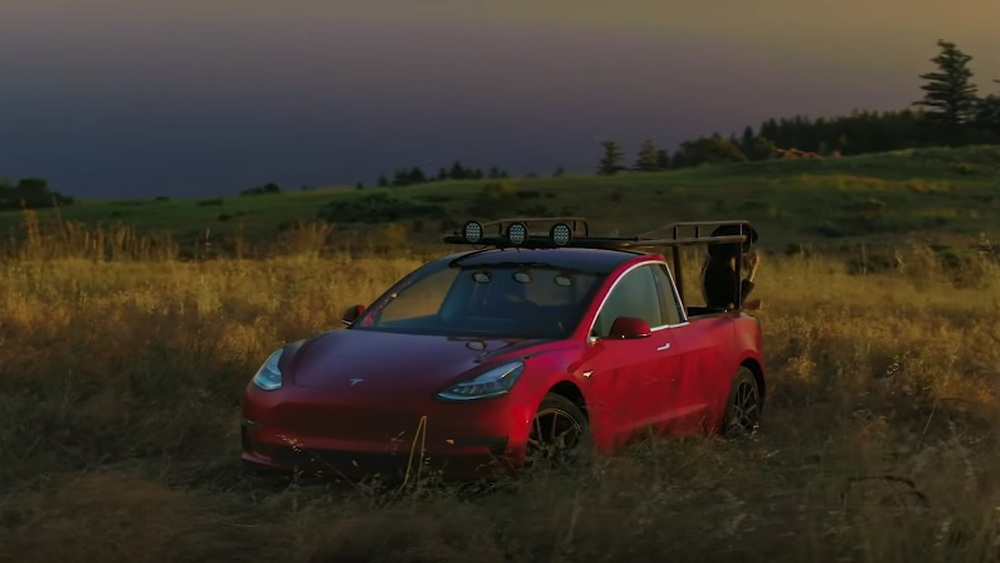 Waiting and waiting for more details about the upcoming Tesla Pickup—the “cyberpunk truck”—or concerned that it’s going to be too big when it arrives?

You could essentially build your own. That’s what San Francisco YouTube star Simone Giertz did, from a Tesla Model 3.

In the project, which declares it’s not Tesla-sponsored, Giertz’s team started with a Model 3 Standard Range that she purchased new. What she ended up with was the Truckla, a vehicle that’s unmistakably a Model 3 but looks a little bit like a Chevy El Camino, Ford Ranchero, or any number of other “pickup cars,” as they’ve been called.

The conversion was done with “artist/maker/mechanic” Marcos Ramirez, who built his first electric racing vehicle in 2009 and has raced with electric vehicles, “YouTuber/maker” Laura Kampf, and Rich Benoit of Rich Rebuilds, a Tesla-centric YouTube channel that’s well-known among Tesla fans for its teardowns and rebuilds of salvaged Teslas. They used a Model 3 instead of an older Model S or Model X because it was steel-bodied rather than aluminum-bodied.

After lots of cutting and reinforcement, they mated it to a cab rear from a GMC Canyon and bed pieces from a Ford F-150.

Giertz, whose YouTube fame stems partly from making a series of inept robots, calls Truckla her “absolute dream car.” The team will keep working on making the drivable hack job waterproof, seal the cab, work on the cab, bedliner, do additional bodywork, get a new paint job, do wiring, and add a lift kit.

If you want a play-by-play on what the process was like, view the video below [language alert though, for those with kids]. And if you missed the video above—a fake ad for the Truckla—you should really watch that, too. At least in our corner of the Tesla-centric media world, it pretty much broke the Internet this week.