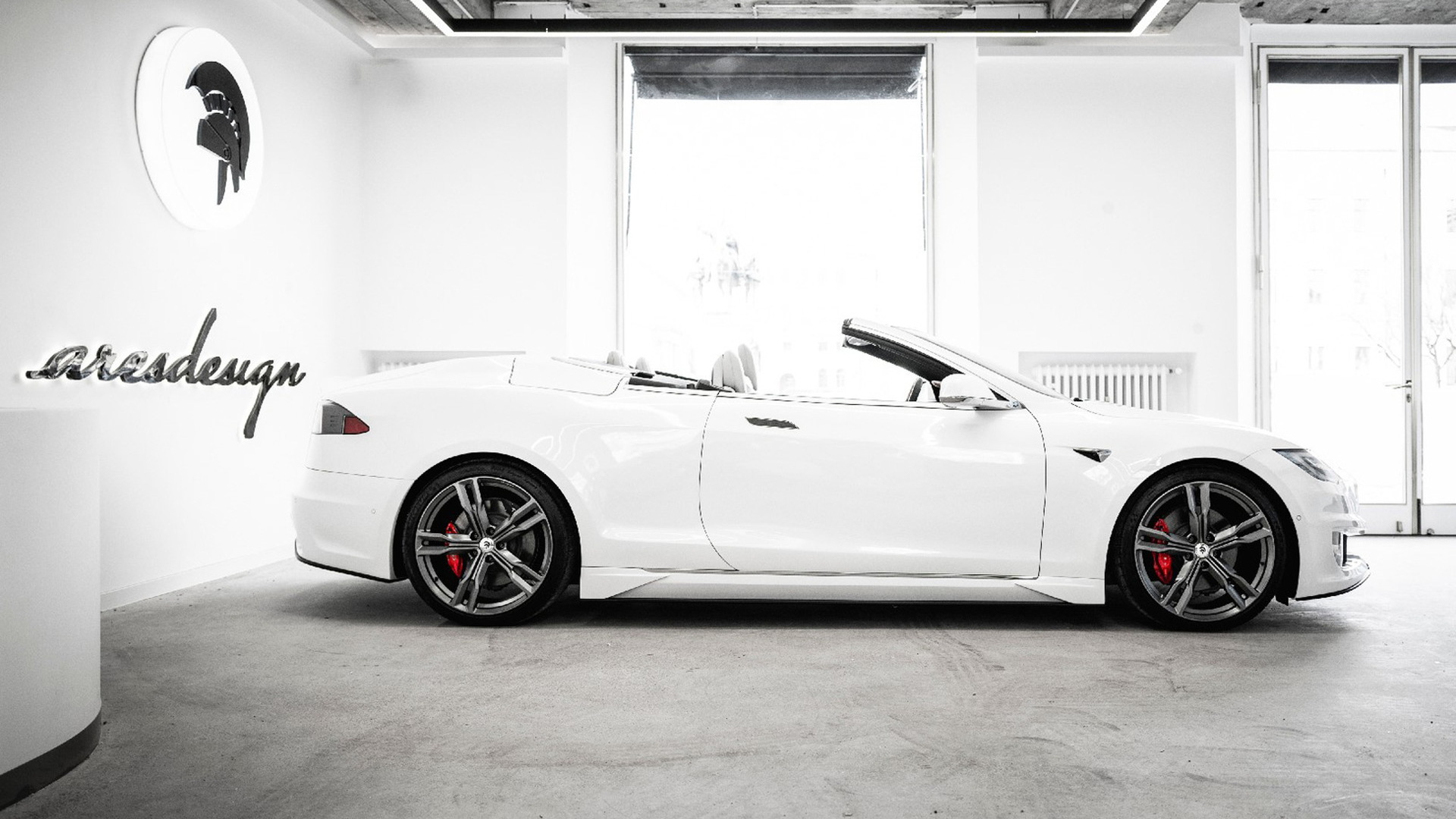 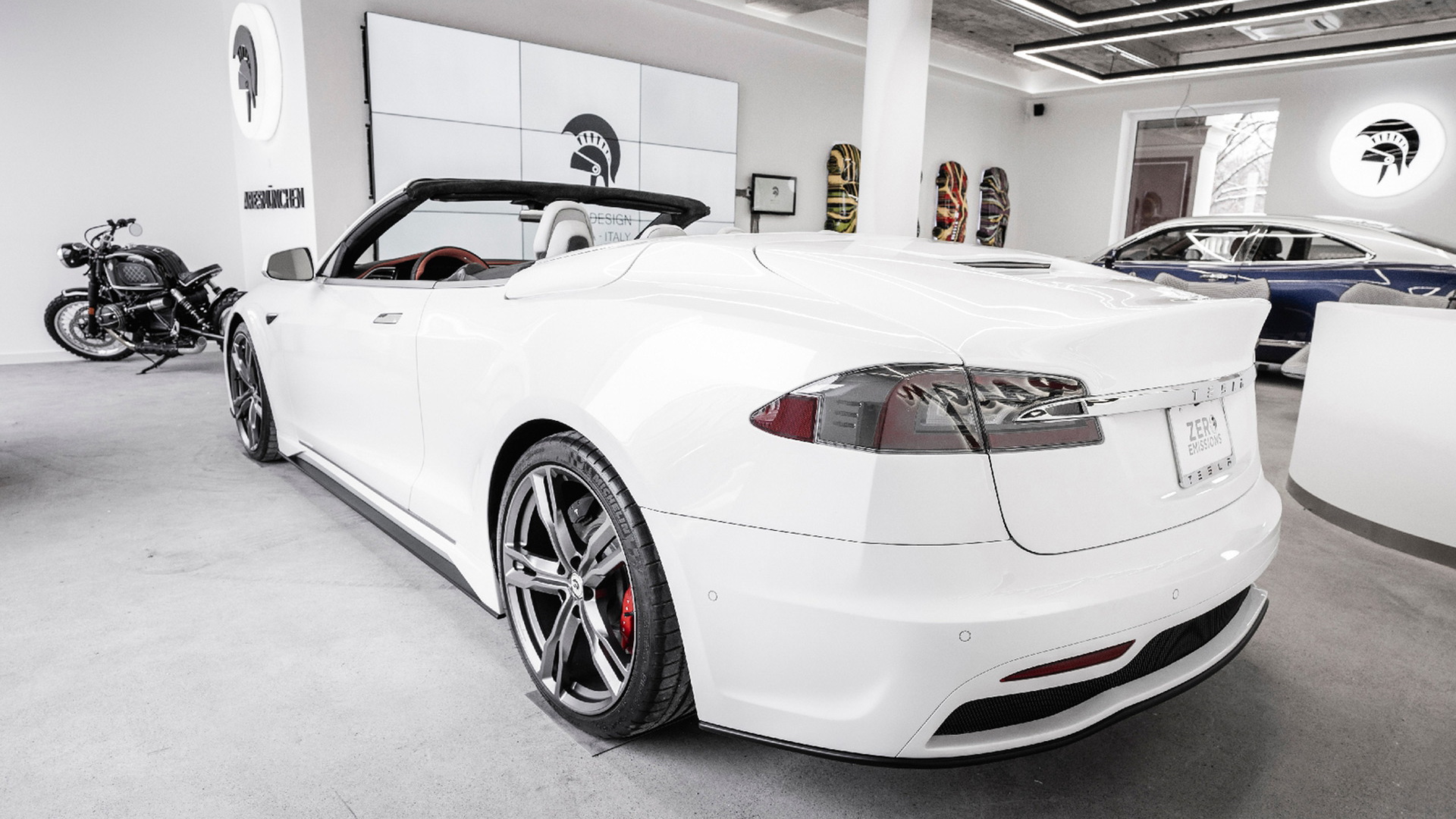 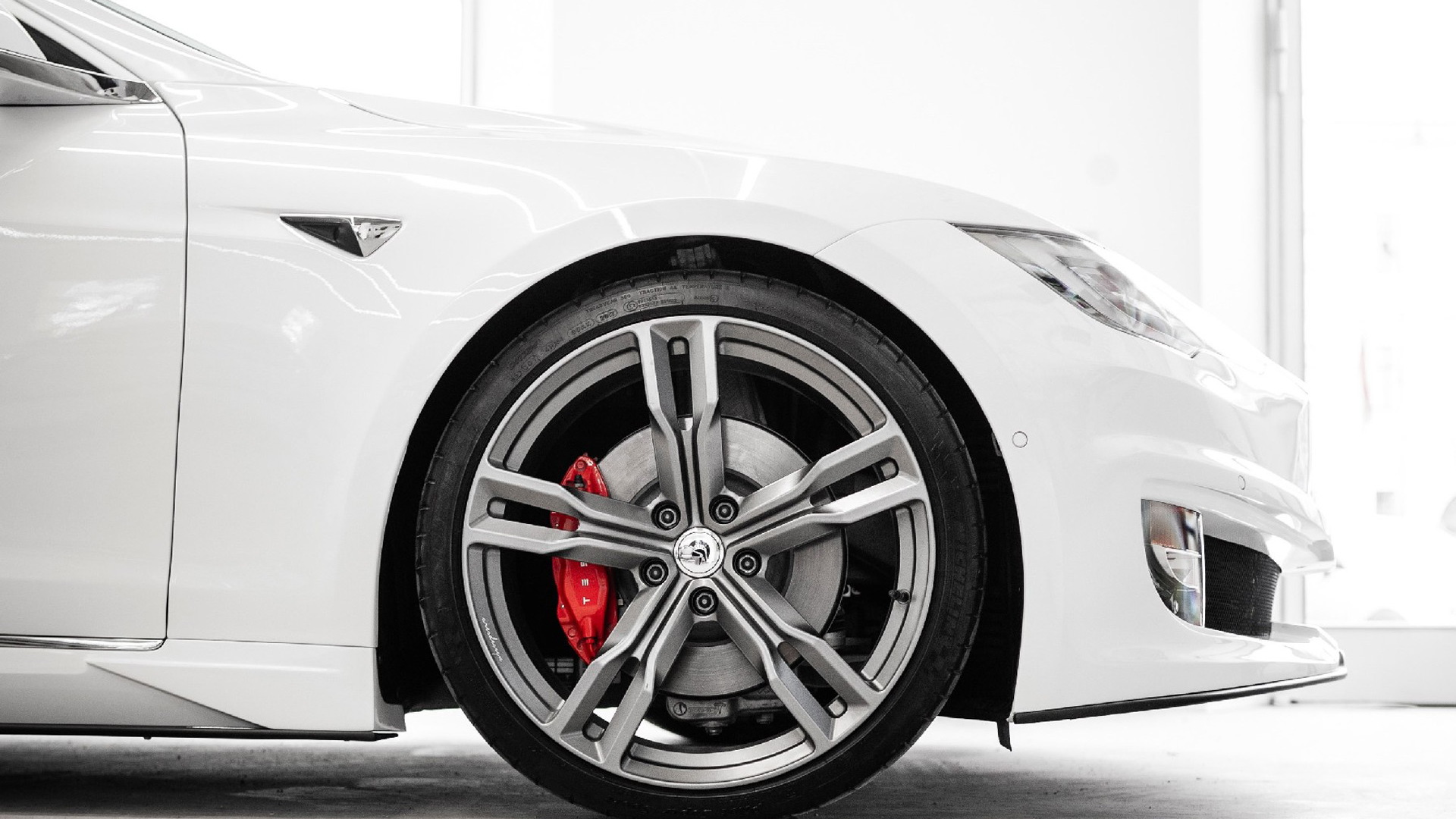 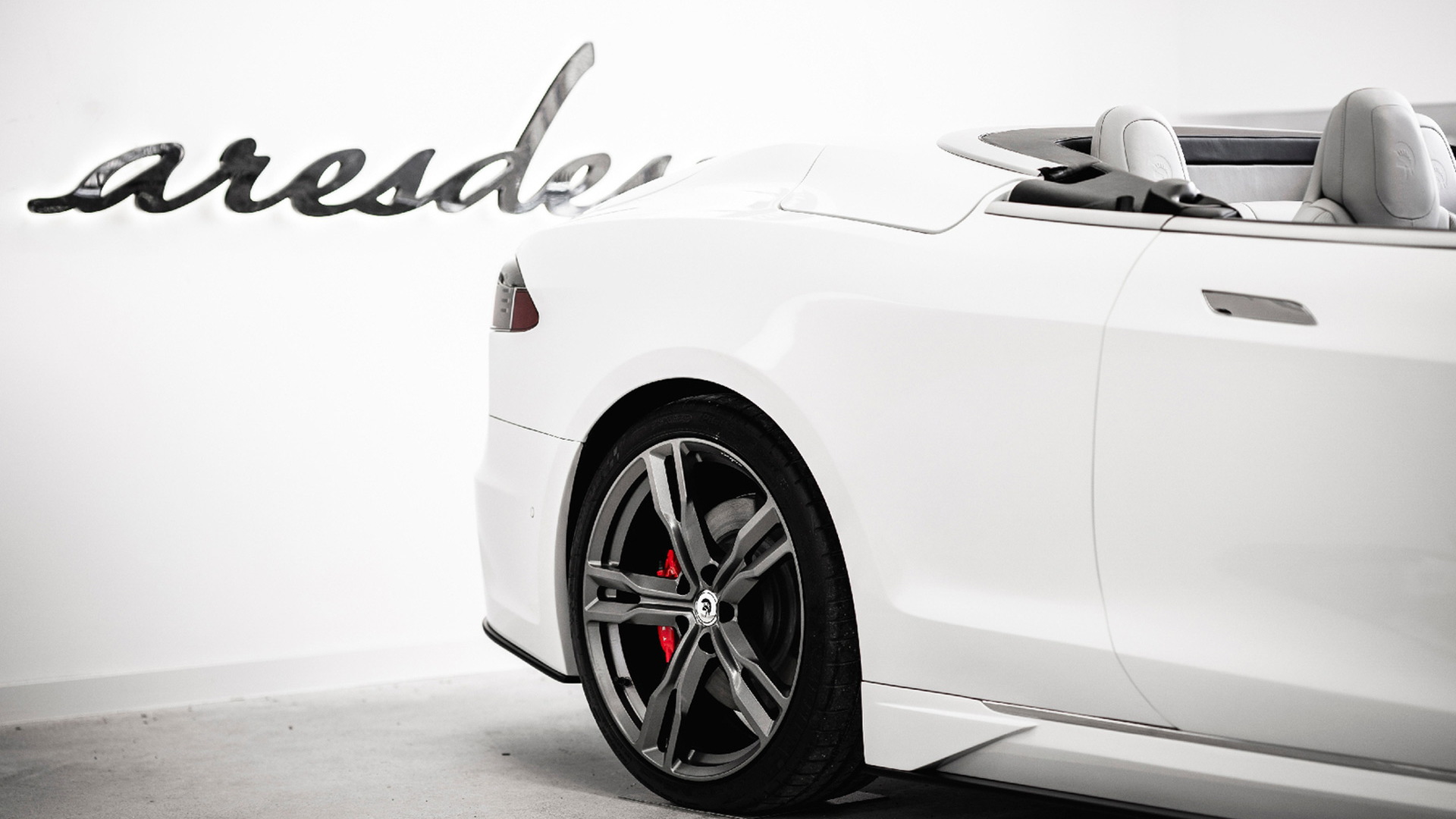 With the Tesla Roadster delayed, Italian firm Ares Design decided to take matters into its own hands and build its own Tesla convertible—out of a Model S sedan.

This is by no means the first Tesla Model S convertible conversion but, in photos at least, the fit and finish seem to be a bit better than some previous efforts. Ares announced the project in early 2018, so it's been a long time coming.

Granted, the conversion involved extensive reworking of the Model S body shell. Ares removed the roof, central pillars, and rear doors, shortened the wheelbase. It then had to add structural reinforcement to compensate for the lack of a roof, and fabricate new doors.

The car was fitted with a power-folding soft top, which tucks away under a tonneau cover behind the rear seats. Thanks to the shortened wheelbase, those seats offer a bit less legroom in the now two-door Model S.

Ares also fitted the convertible with a carbon-fiber body kit, custom wheels, and a new leather interior in a combination of white, gray, and orange. That combination was suggested by the customer who commissioned this build, according to Ares. 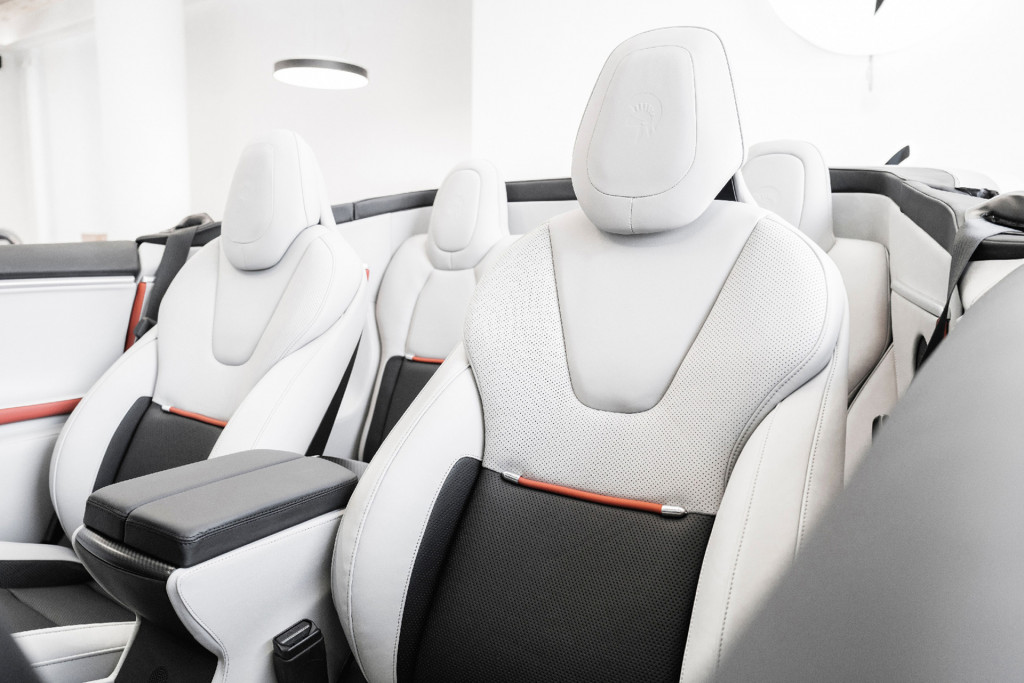 Ares didn't quote a price for this one-off build. It specializes in small-batch projects including, among other things, a reimagined version of the DeTomaso Pantera supercar based on modern Lamborghini Huracán underpinnings, and the S1 Project—a Chevrolet Corvette C8 with retro bodywork.

It's also interesting to note that Ares CEO is Danny Bahar, who briefly ran Group Lotus. There's a parallel here, as Peter Rawlinson was chief engineer of Lotus Cars, before moving to Tesla and overseeing Model S engineering. Rawlinson is now CEO of Lucid Motors, which is launching the Model S-rivalling Air luxury sedan.

There have been many noteworthy Tesla conversions, but probably the best-known one in the U.S. has been the "Truckla" Model 3 pickup conversion made in 2019.

Buyers unwilling to cut up an existing car may have to wait awhile for a new convertible Tesla. The second-generation Tesla Roadster was revealed in 2017, and due in 2020, but the deadline came and went without any real comment from the company.

During a quarterly financial call in July 2020, Tesla CEO Elon Musk hinted that once Model Y production starts at a new Texas factory (alongside the Cybertruck pickup), Tesla's Fremont, California, factory will assemble the Roadster.