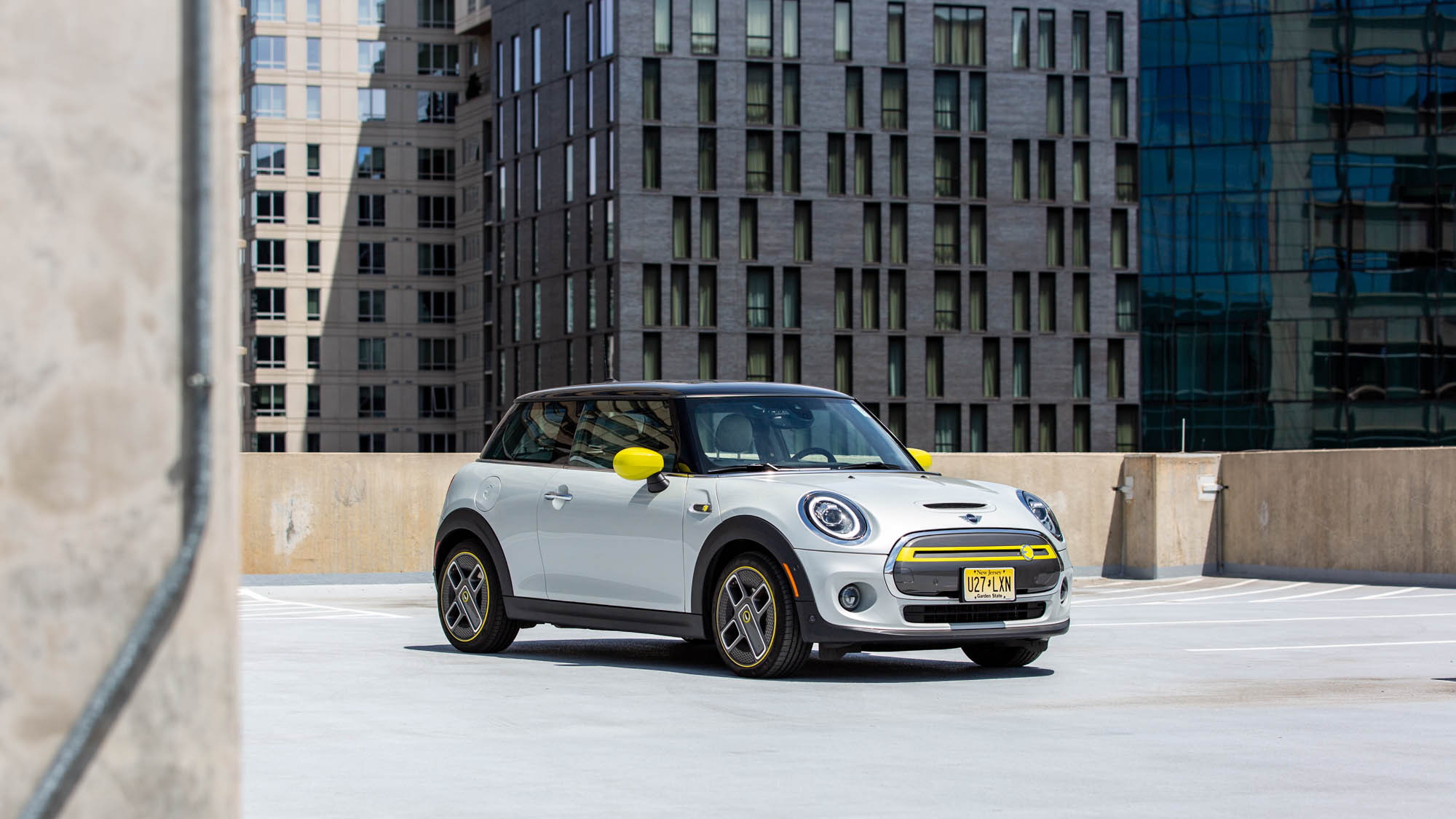 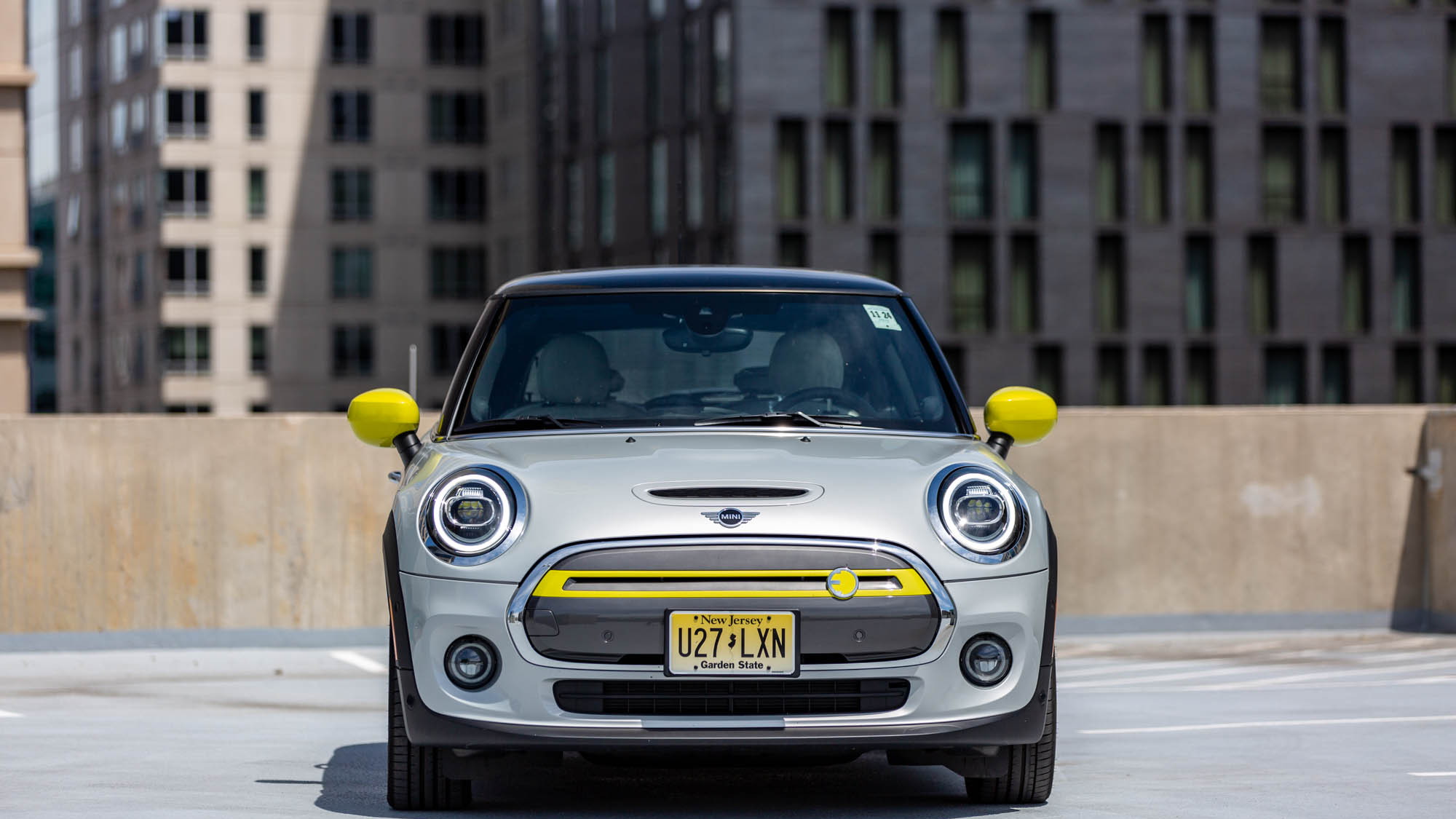 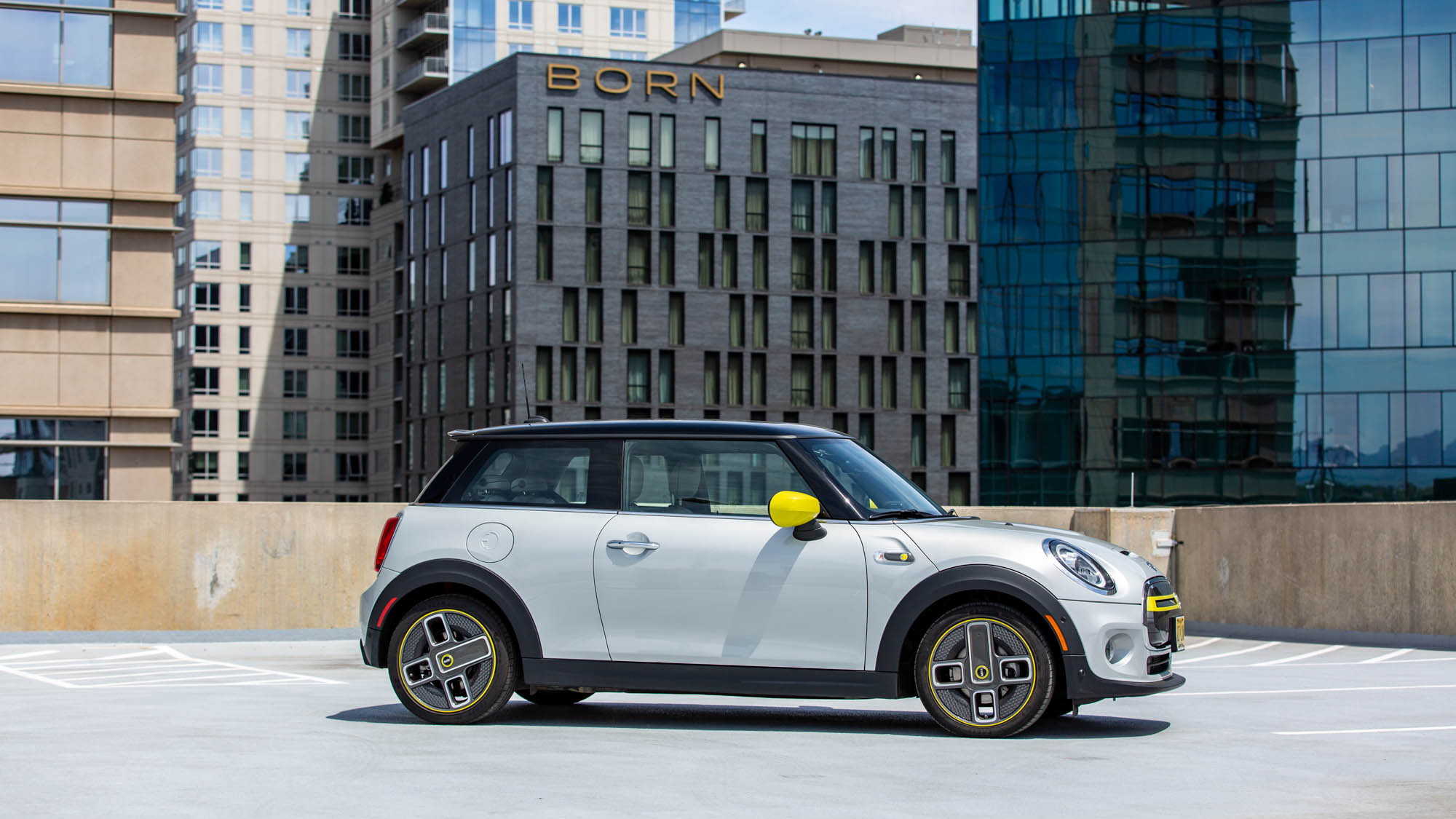 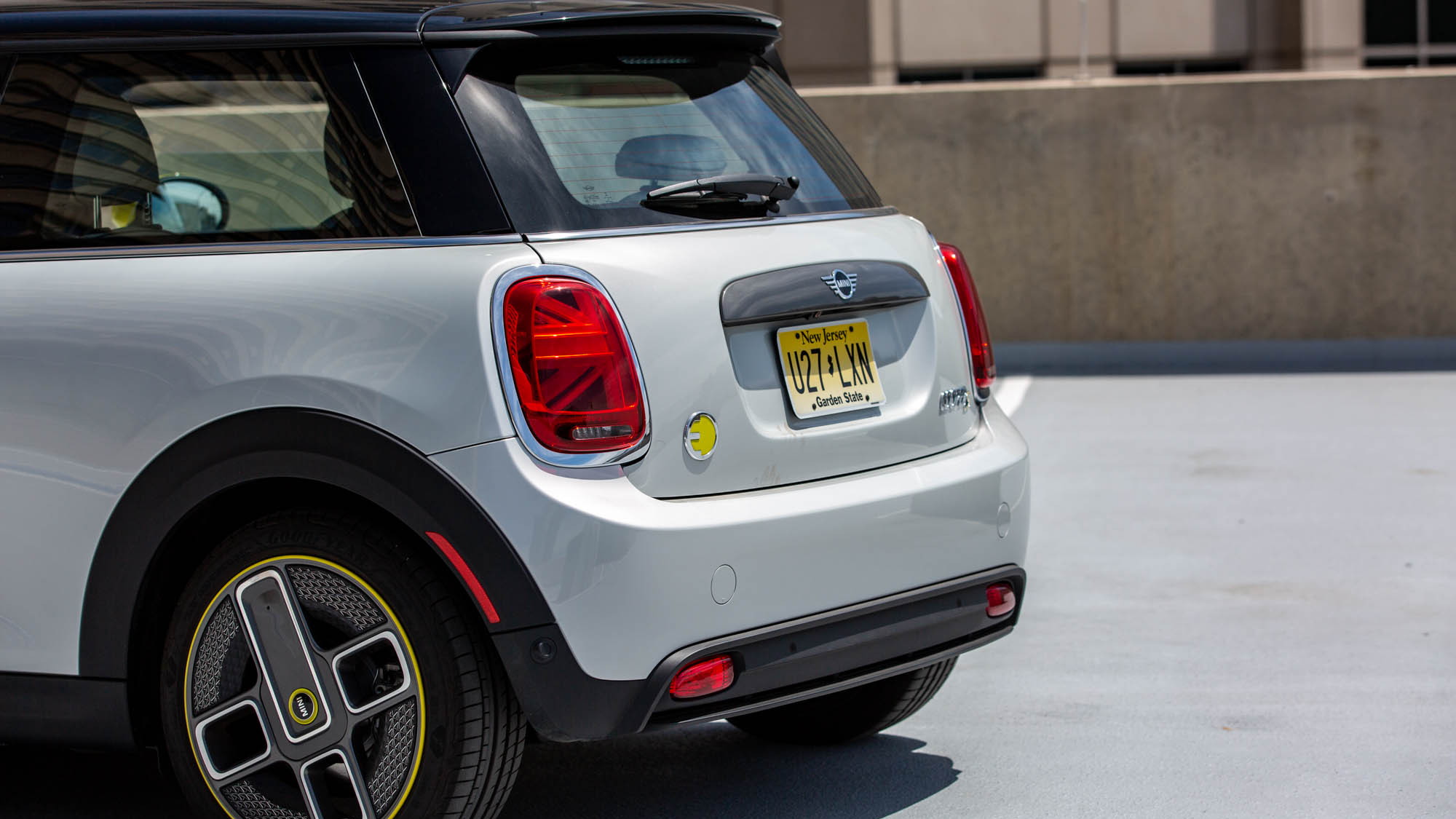 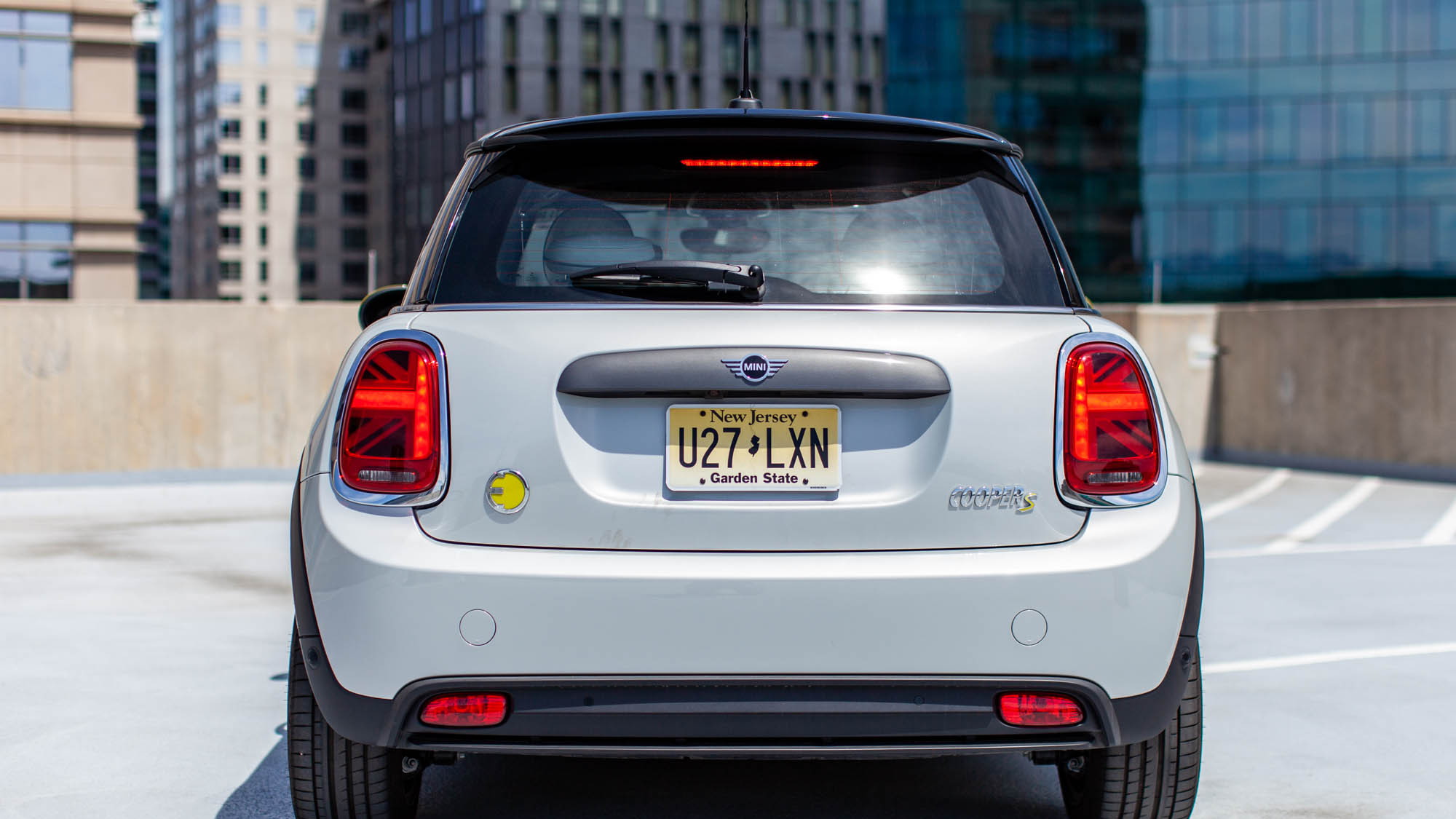 By the time I reach the sunny south Denver park full of revelers basking in the first official day without stay-at-home restrictions, I wished I had ignored my newfound freedom decree.

After nearly three hours behind the wheel of the all-electric 2020 Mini Cooper SE, my back ached for anything that resembled comfortable. I found respite at a tree, sitting on semi-cozy mulch, and contemplated my next move.

How long would it take me to walk home?

Now, before I’m blasted by Anglophiles and Mini devotees for the preceding comment, I had the Cooper SE pulling domestic detail, which was my mistake; it’s nearly impossible to expect a toy to be a tool.

It’s not the Cooper SE’s relatively short 110-mile EPA-estimated range from its 32.6-kwh lithium-ion battery that torpedoes its usefulness and chucks it in the toy bin, but more on that later. It’s not even the low ride height, nor the abbreviated back seat.

I didn’t realize until I left my bark perch and repositioned my L1 to L5 back into the correct numeric sequence later that night that it dawned on me: The 2020 Cooper SE isn’t like any electric car I’ve driven yet.

Downtown Denver is an empty basket of asphalt, even when we’re not all grounded, and it’s the perfect place to test the Mini Cooper SE’s city-car cred. The city’s one-ways and narrow alleys thread through neighborhoods that are mostly empty for now, aside from storefronts and banners with “We Love You Denver” hanging in the front.

Like any electric car, the Cooper SE whizzes around Denver like it was born at altitude. The 181-horsepower (135-kw) motor powering the front wheels via a single-speed transmission shoots the Mini across intersections in a yellow-tinged blur. Mini says that the Cooper SE’s performance lands somewhere between the base Cooper and Cooper S; 0-60 mph in the all-electric version takes 6.9 seconds compared to the Cooper’s 7.5 and Cooper S’s 6.5 seconds.

The Cooper SE tugs harder than any of the above, though.

The Cooper SE has two levels of brake regen, and the default setting is stiff enough for one-pedal driving throughout Denver, provided you don’t get too enthusiastic. Toggle the flip switch under the 6.5-inch touchscreen and its regen is noticeably lighter, but not better.

The Cooper SE’s electric motor’s 207 pound-feet matches the Cooper S’s torque figure but pulls quicker and more predictably. Shooting across intersections isn’t just helpful in Denver—it’s practically a survival skill. The city’s downtown 45-degree shift from surrounding streets creates malfunction junctions that trap traveling unawares and slow drivers into endless loops around the convention center and its three-story bear peering into the windows. Cute, right up until the fourth time you’ve seen it.

Around here, the low batteries push down on the 17-inch geometric wheels riding on Goodyear Eagle F1 run-flat tires that claw at the city streets and concrete. The Cooper SE’s ride is stiff; typical Mini. The run-flat tires are stiffer; typical BMW (which is Mini’s parent company). The result? Pulverized lower lumbar.

For hours, I wound around the streets, dashed into parking spots, circled lots, and wound up and down parking garages like the old Trail Dust Steakhouse slide. Denver’s not known for potholes, despite our proximity to the Midwest, but after a couple of hours I’d had enough.

I valued the wireless CarPlay compatibility and Harmon Kardon audio keeping me company around the people-free cityscape, but I valued walking more.

Disgruntled (and frankly, bewildered), I found my way to the base of a Wash Park boxelder and considered my next move. Angrily, I scribbled into my notebook: “Seats aren’t comfortable. At all. Like, no.”

It was the beginning of a hit list that included digs at the head-up display (a foldable screen that’s easily skipped), limited outward vision for tall drivers (I’m 6-foot-2 and craned to see traffic lights above me), and a cramped rear seat (behind me was a fist-size space for legs).

My mind wandered to darker places as my back staved off spasms.

Surely, there are redeeming qualities to the Cooper SE. I’m not sure what those are yet, but gotta be, right?

At $30,750 to start, including destination but before any applicable state or federal tax incentives, the 2020 Mini Cooper SE needs tax breaks to come into view. Here in Colorado, we have one of the most aggressive incentives available in the U.S.: $4,000, and its on the hood. Paired with up to $7,500 back from the feds, that puts a 2020 Cooper SE below $20,000 to start.

My tester, shod with $7,000 in options that included that head-up display and premium audio, would be about $26,000 with Uncle Sam’s help. Or about as much as a MX-5 Miata.

And my line is coming into view.

Armed with the idea that I would not, could not, and should not surrender to old age and a young person’s car, I pitch the Mini around—an hour at a time—for days. No corner was too tight, no grip was sacrificed. The miles piled but the battery stayed mostly the same. Only after 100 miles indicated on the trip, did it dip below 20%.

After 110 miles, the Cooper SE’s remaining battery meter found the single digits. After 119.3 miles and 4% state of charge remaining, I surrendered to a fast-charging plug at a grocery store next to Downtown Denver’s Union Station—about 10% further than the EPA range estimate.

Range and fun, the Mini overdelivered.

Replenishing the battery on a quick charge up to 80% takes about 35 minutes, according to Mini, which was accurate almost to the minute for me.

I didn't expect to be left confused by the Mini Cooper SE. It's an all-electric vehicle that's focused more on fun. Other electric cars that I've driven are geared more toward efficiency—energy efficiency and efficiency with space.

Practical? Not really. Fun? Yep. I eschew the idea that a manual transmission is a prerequisite for fun and the Mini’s single-speed, torquey electric motor is proof.

I wasn’t ready for the idea that an electric car doesn’t need to be brute-force efficient in everything it does. The 2020 Mini Cooper SE is what a fun-first electric car could be in the near future.

It’s the freedom to choose something affordable and fun to drive with a plug that I didn’t expect so quickly. Nor did my back.