Carbuyers no longer have to give up space, comfort, features, or reliability to make a difference in saving gas.

That's the message of Consumer Reports' latest list of 10 top picks for 2019, published in its Autos Spotlight, and April Auto Issue Thursday.

“The whole thing we’re announcing today is about the best cars, overall," said Consumer Reports Director of Auto Testing Jake Fisher, in an interview with Green Car Reports. "We’re seeing cars that are efficient and [still] serve people as they want. You don’t have to compromise."

The magazine's Top Picks list for 2019 includes the Toyota Avalon and Camry Hybrids, the Toyota Prius, the BMW X5, and the Hyundai Kona.

"If you look at electrification as a whole, lots of hybrids give people all the comfort and features they want," Fisher says.

He notes that the Avalon Hybrid is has all the space buyers could want, modern electronic interfaces, and gets 42 mpg overall in Consumer Reports tests, which is better than the tiny original Prius. Not only does the latest Avalon Hybrid have 18 percent more combined passenger and cargo space (according to EPA ratings), it still gets better mileage.

The Camry Hybrid gets 47 mpg in CR's tests, and has better acceleration than the standard model with the I-4 engine, with no compromise in trunk space to accommodate the battery, as so many earlier hybrids did.

The latest Prius gets 52 mpg in CR's tests and has been one of the most reliable cars in the organization's annual reader survey for more than a decade. For 2019, it's even available with all-wheel drive. 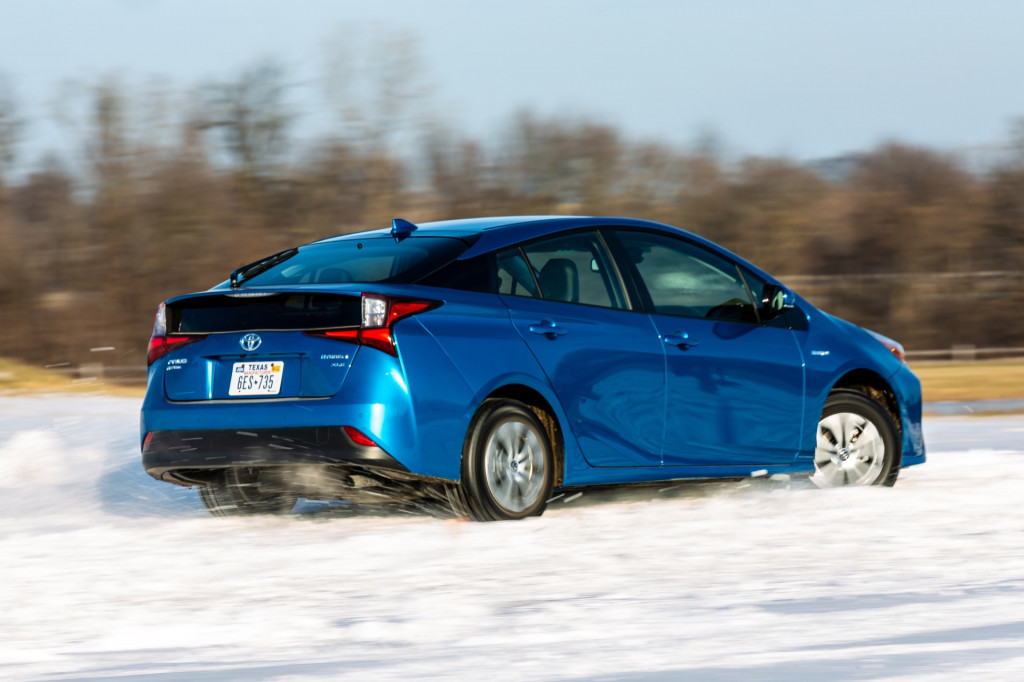 Plug-in versions of models on the list include the BMW X5 xDrive 40e and the Hyundai Kona Electric. Although the magazine tested gas-powered versions of the cars, it included all versions on its list.

It said the BMW X5 it did test was one of the best SUVs it has ever tested.

CR also picked the Hyundai Kona as its top subcompact SUV, calling it "fun to drive," and "versatile." Hyundai offers an electric version of the Kona in California and a handful of other states, and it also made the list of finalists in Green Car Reports' Best Car to Buy competition for 2019.

To make Consumer Reports' Top Picks list, cars have to deliver excellent results in the organization's road and track tests; earn good safety scores from the IIHS and NHTSA, if tested; receive good owner satisfaction ratings, and demonstrate good reliability over multiple years in CR's annual survey of its subscribers who own the cars. This year, they also have to include automatic emergency braking as standard equipment.

To see such a high portion of hybrids and plug-in vehicles earn top scores on all those factors while returning great gas mileage shows there's no longer any sacrifice required to make a significant difference in reducing emissions and reducing demand for oil.