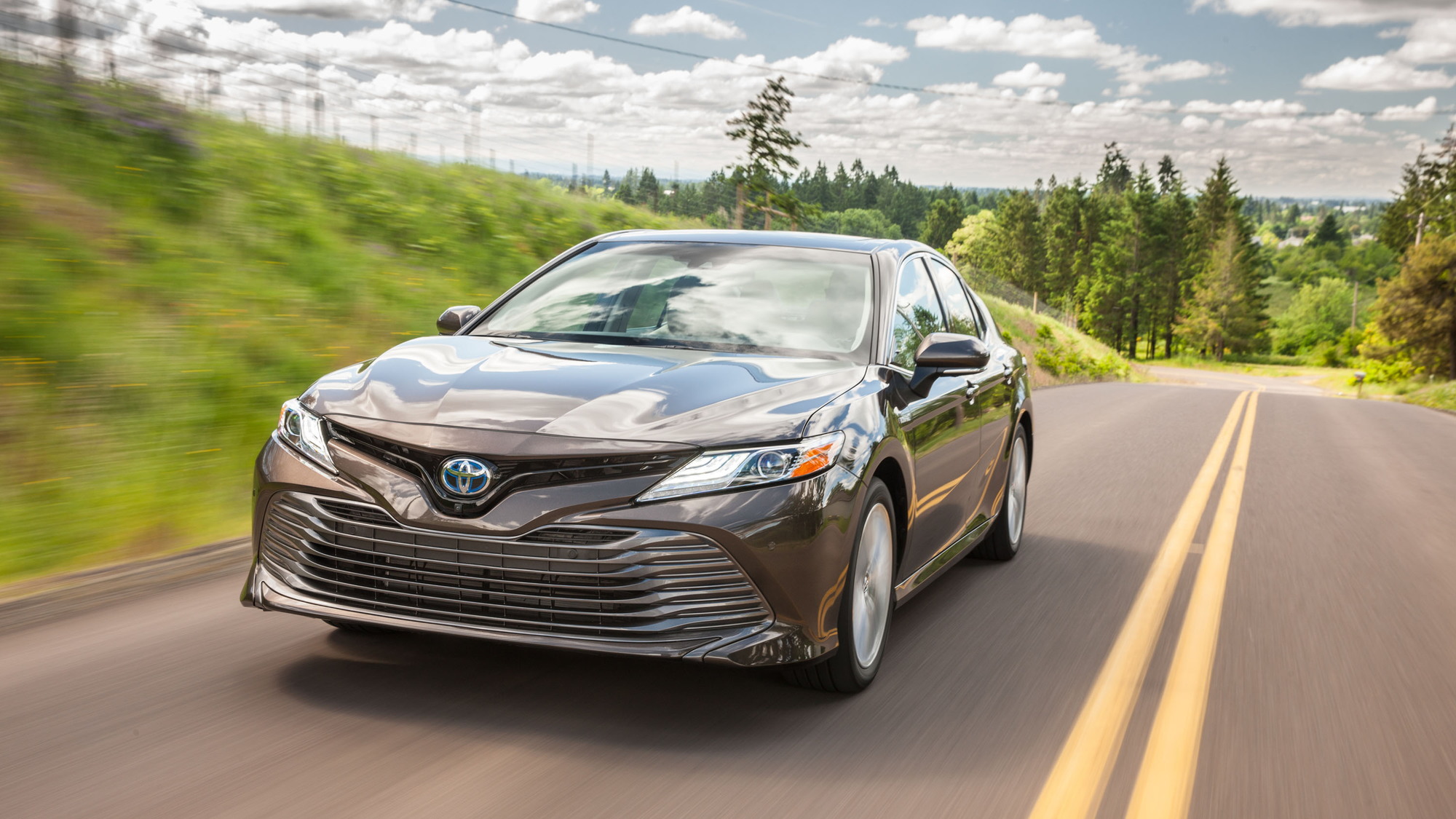 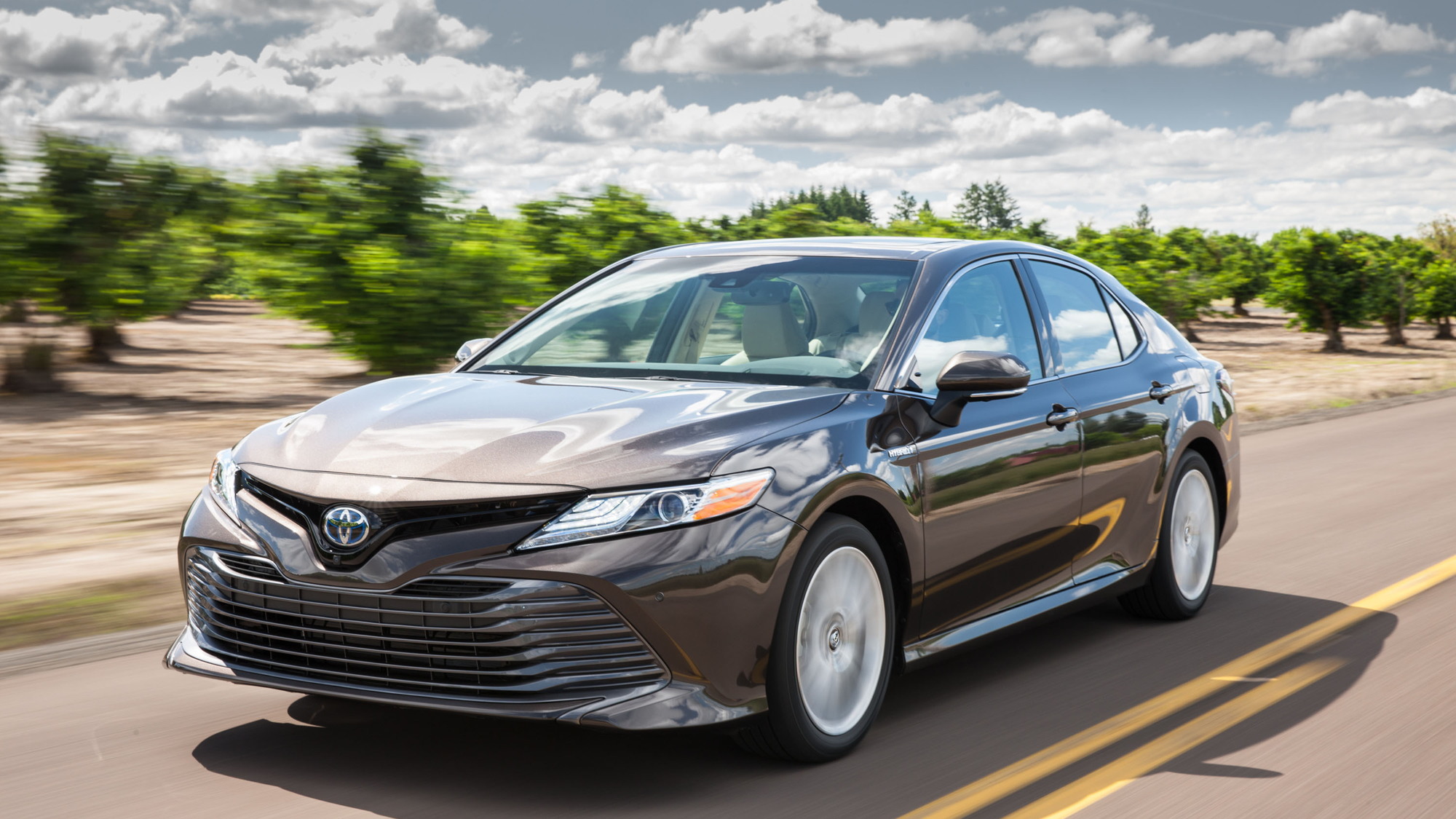 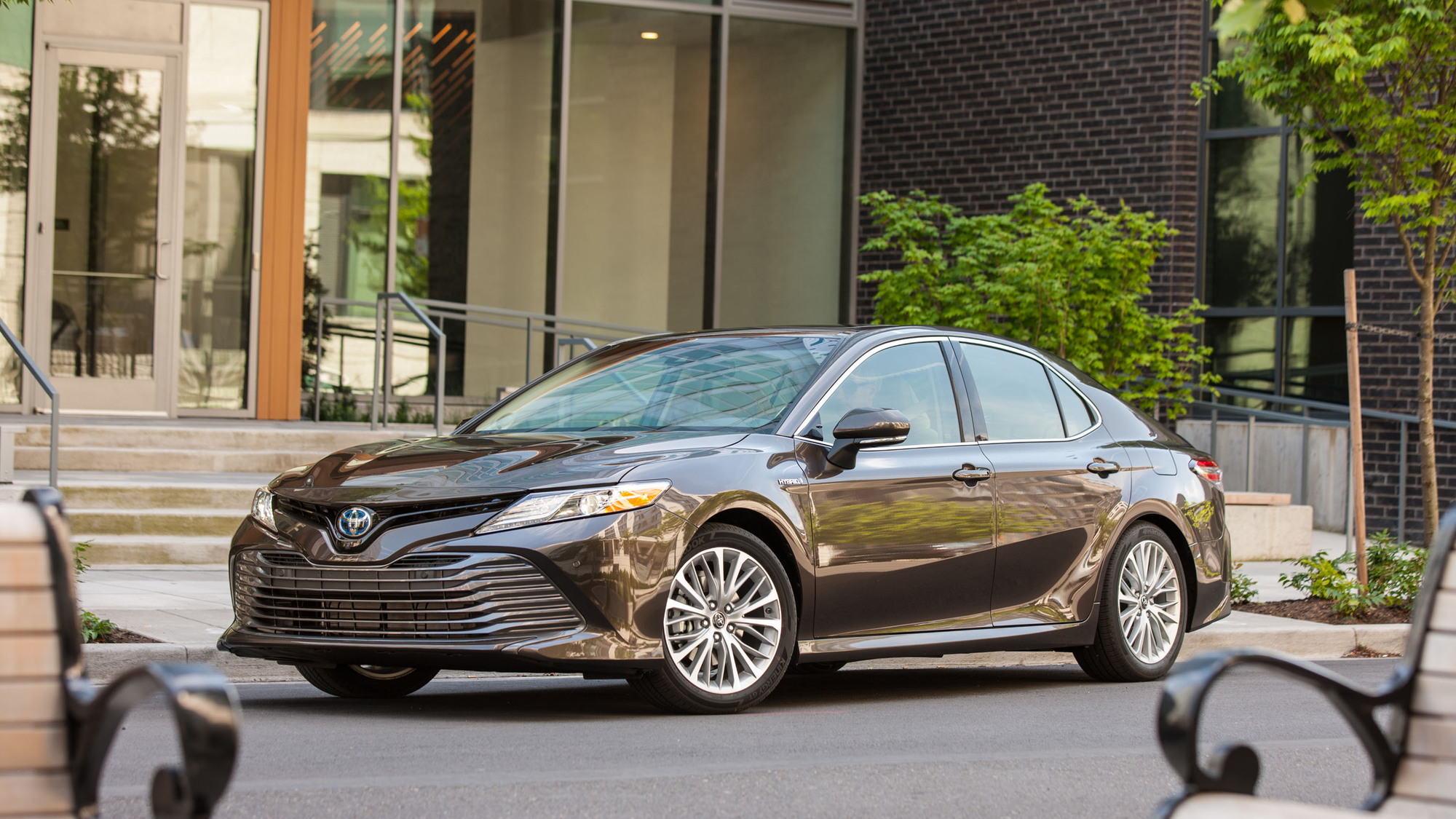 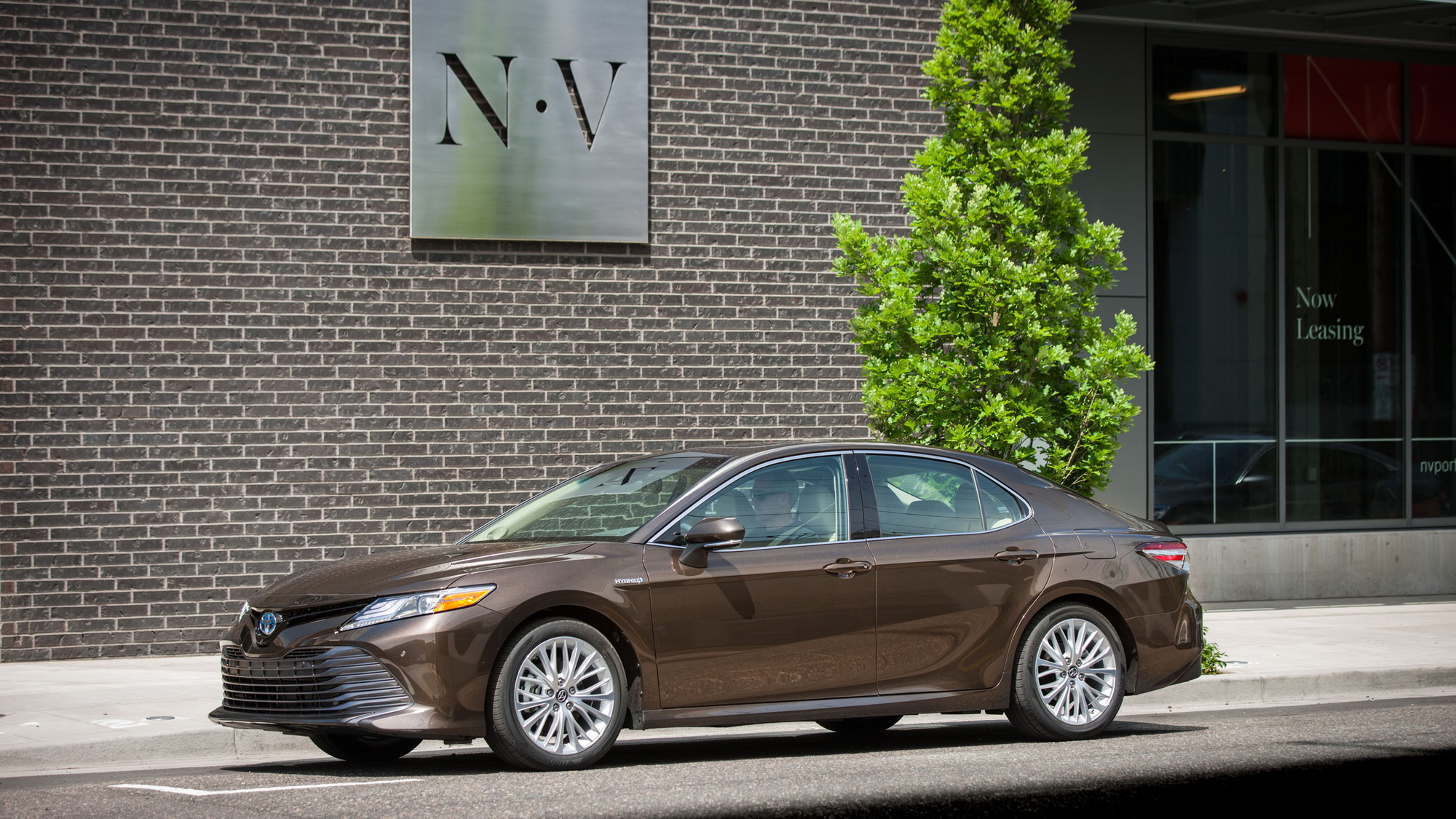 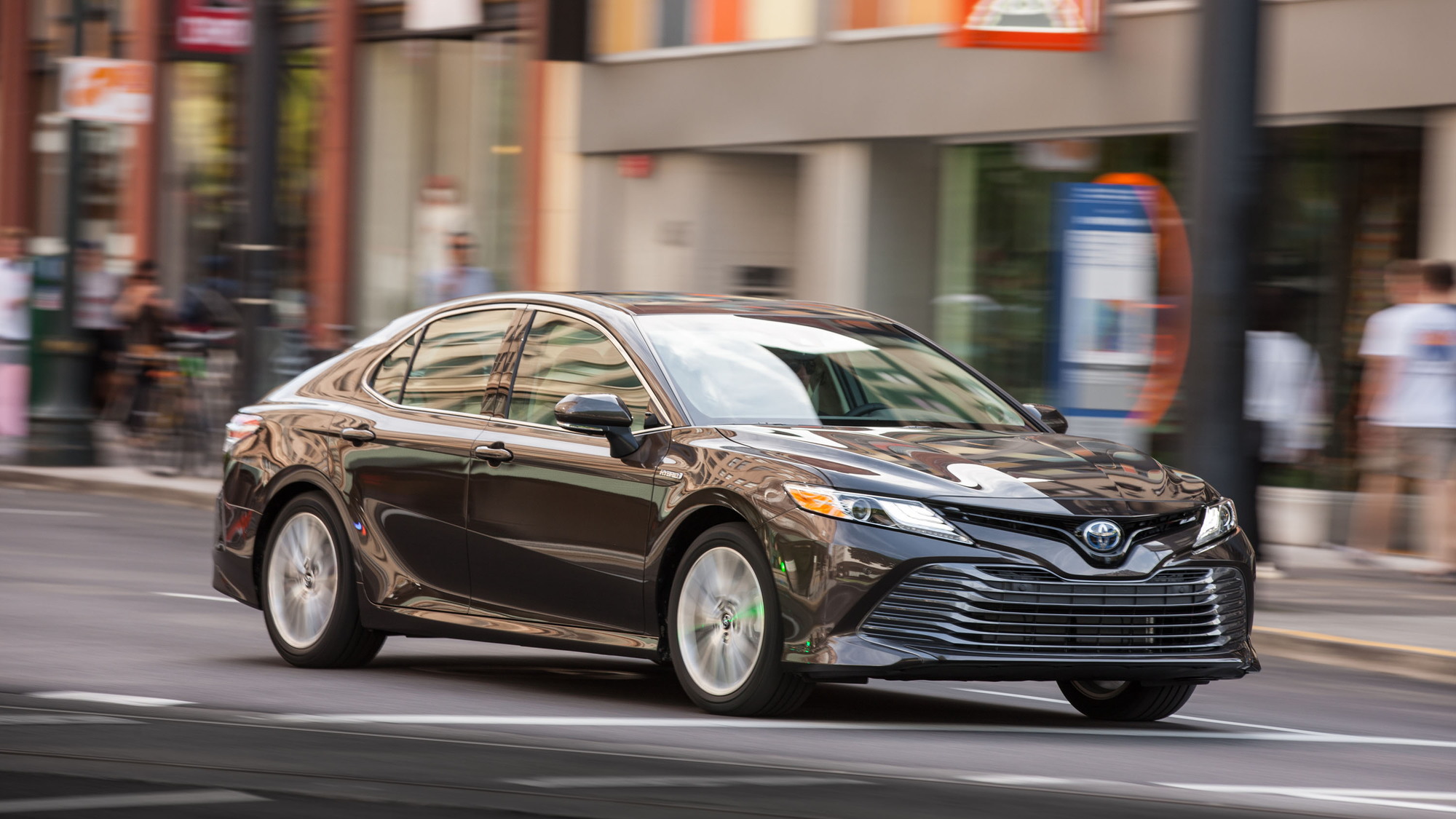 The grim reaper might be coming for sedans, but the 2018 Toyota Camry isn’t ready to go.

Today’s Toyota Camry suffers from multiple personality disorder, which, I discovered after 800 miles behind the wheel, might also be its biggest asset.

Dressed up in Camry XSE trim, it wants to be a sports car. Slumming it with hubcaps, the Camry L courts budget-conscious buyers. The Camry Hybrid, with its nickel-metal hydride battery under the back seat and a slew of blue-badges, is the miserly banker. And then there’s the Camry XLE, the leather-lined one that wants to be a Lexus.

For my road trip—nearly 800 miles of freeway, curvy two-lane blacktop, and even urban gridlock—a 2018 Camry XLE Hybrid felt like the default choice. Though sedans might lack the high seating position of crossovers, the Camry remains proof that they’re more stable, quieter, and guzzle far less gas. They’re also cheaper. My test car, at $37,255, was not inexpensive, but it was fitted with optional goodies like adaptive LED headlights, a surround-view monitor, and JBL speakers. A Toyota Highlander Hybrid with similar options would cost around $5,000 more.

It also wouldn’t have matched the 41 mpg I observed in the Camry XLE Hybrid on my southwestern sojourn from my home in Denver to a restful respite in Santa Fe, New Mexico. That’s well off of the EPA’s 44 mpg city, 47 highway, 46 combined, but it’s not bad considering much of my driving was at about 80 mph and the several mountain passes criss-crossing the Sangre de Cristo mountains that make up the southernmost stretch of the Rockies.

But we've already measured the Camry's fuel economy in more conventional driving, rather than the high-speed cruising found only in a few western states. Instead, let's focus on the Camry Hybrid's road-trip assets.

Over those 800 miles, the Camry made a serene, comfortable cruiser. Its standard adaptive cruise control proved among the most subtle I’ve driven, reacting quickly but gently to the movement of vehicles ahead. Its steering, with good heft and excellent straight-line stability, made the most of long, boring stretches of Interstate 25.

Its 2.5-liter inline-4 gas engine and electric motor combine for 208 horsepower. A relatively wide torque band means that the Camry Hybrid rarely felt out of breath, even climbing mountain passes. Its continuously variable transmission (CVT) rarely made the engine work too hard, although this powertrain lacked the signature spice of New Mexico’s chiles.

Then again, since there’s no tachometer, maybe there was a lot going on underhood. Still, ample sound deadening between the cabin and the engine room kept the noisemaker quiet enough.

That’s not to say that the Camry Hybrid aced its examination.

Away from the interstate, its handling proved far from entertaining. Despite good heft to its thick-rimmed, four-spoke steering wheel, it isolates the road perhaps too well.

On the other hand, its surprisingly firm suspension provided a planted feel at modest speeds on the so-called “high road” to Taos, New Mexico.

With artist’s studios scattered about like brightly-colored sage in Northern New Mexico’s high desert, the winding stretch of state road 503 has more reasons to hit the brakes than just its curvy pavement.

It’s those brakes that proved to be my most consistent foe. Pedal feel is rubbery and they’re a challenge to modulate.

Other quirks would be easier to address, but they’re surprising for an automaker with Toyota’s attention to detail.

For one, the Qi wireless phone charger in the center console angles slightly forward. My iPhone, wrapped in an Otterbox case, slipped forward after seconds, rendering the charger useless.

Then there’s the 8.0-inch touchscreen for infotainment. The crisp display and intuitive software earned praise until I put on my polarized sunglasses. It was like I was already in the psychedelic Meow Wolf immersive art experience in Santa Fe. In 2018, polarized sunglasses should not create purple diagonal lines in any screen. Moreover, the lack of either Apple CarPlay or baked-in navigation was an annoyance. To get a map on the Camry’s screen, Toyota forces owners to download a proprietary app to a cell phone connected via Bluetooth and then to use their own data plan—assuming they have data in such remote places.

Not only that, but pressing pause on the touchscreen when connected to Bluetooth often resulted in a several second delay before the music—or the podcast—came to a halt.

Other kvetches with the Camry Hybrid’s interior were limited, though. The center console lid’s padding is hard as adobe. Kudos to Toyota for including power height adjustment for the front passenger, but any kind of adjustable lumbar would have been nice.

If the Camry is to continue to carve out a justifiable space for itself, it’s models like the XLE Hybrid that will do it. It balances traditional Camry virtues like serenity and comfort with a dash of style and excellent fuel economy, making it an excellent traveling companion.