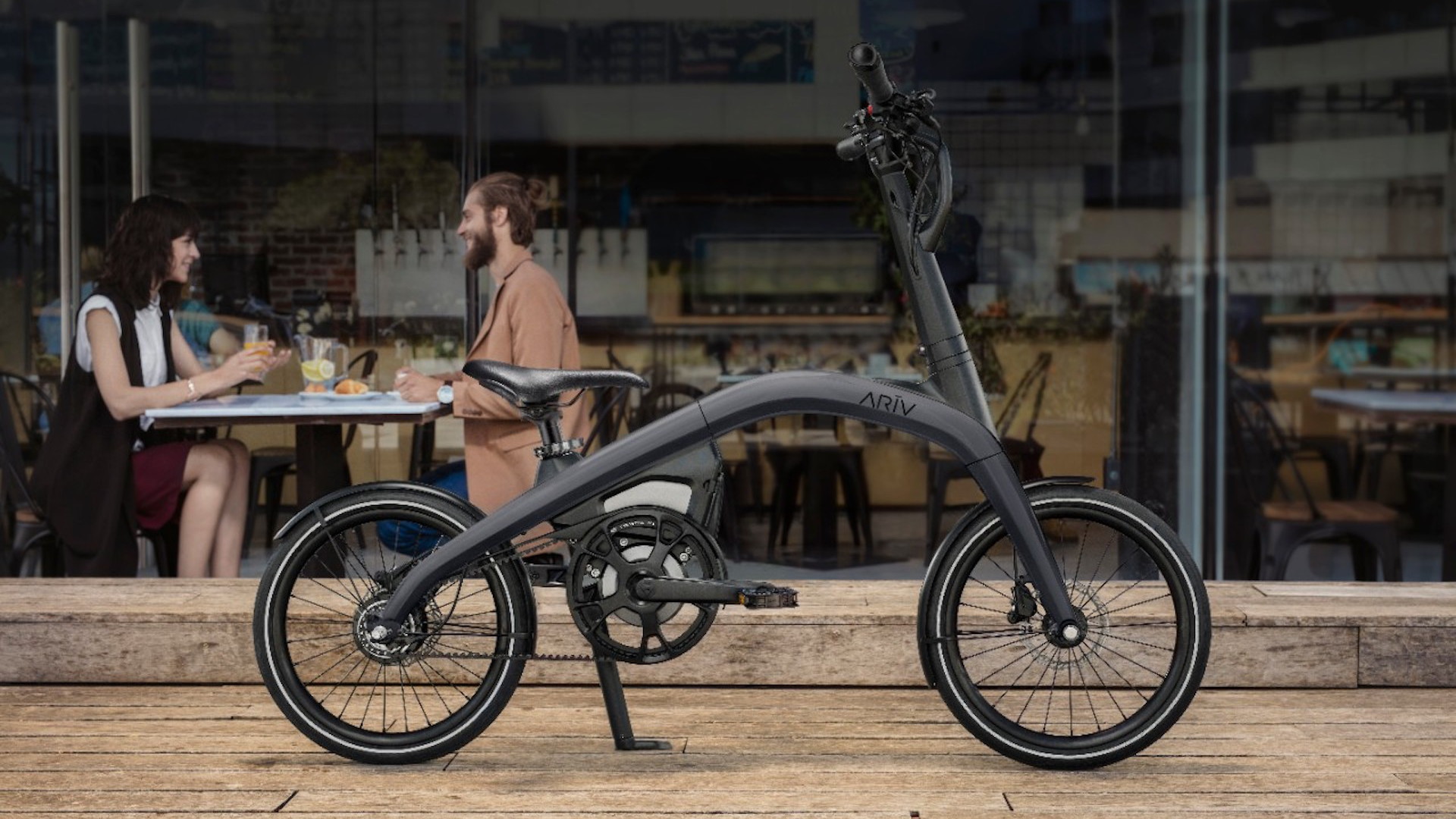 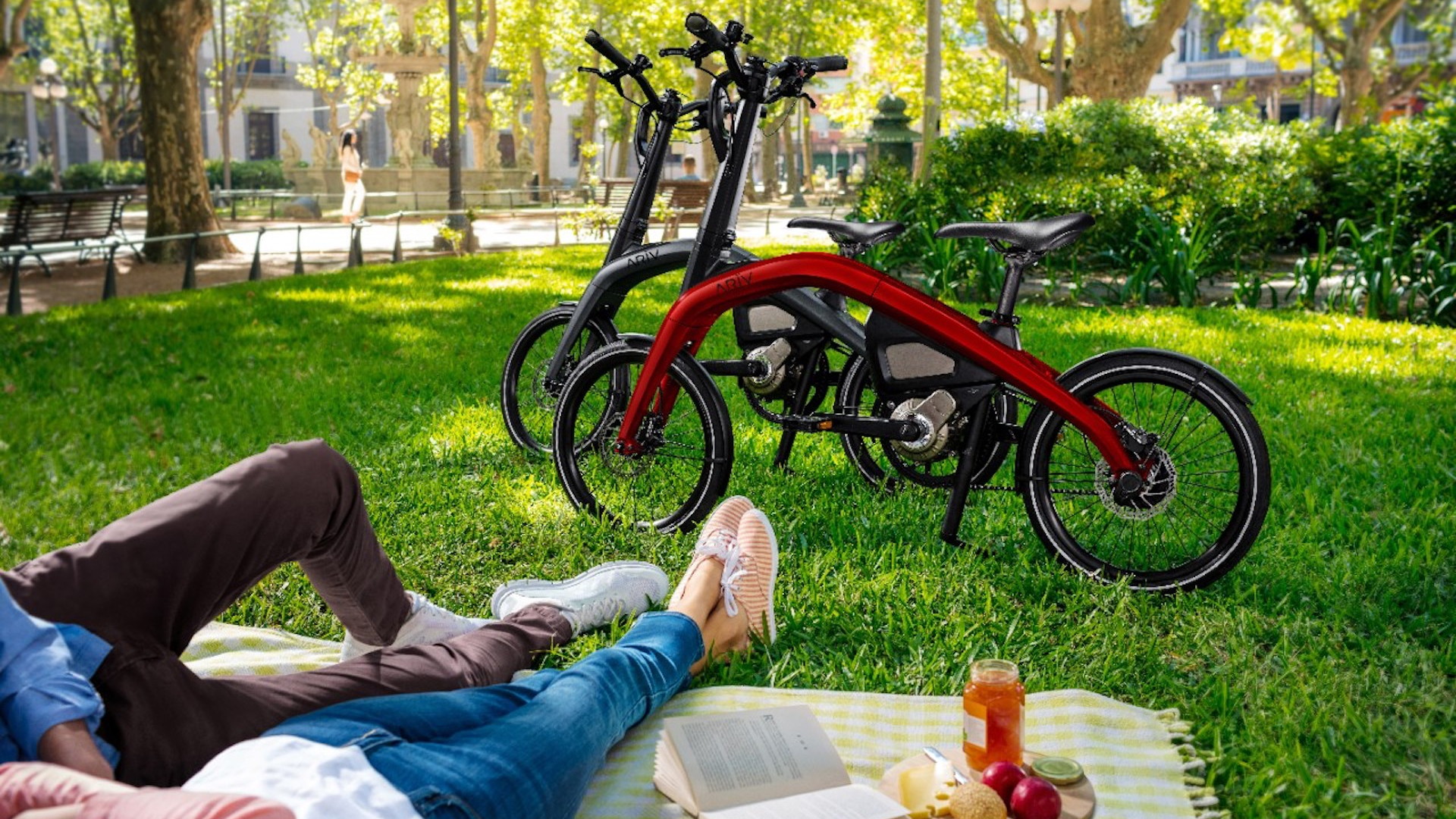 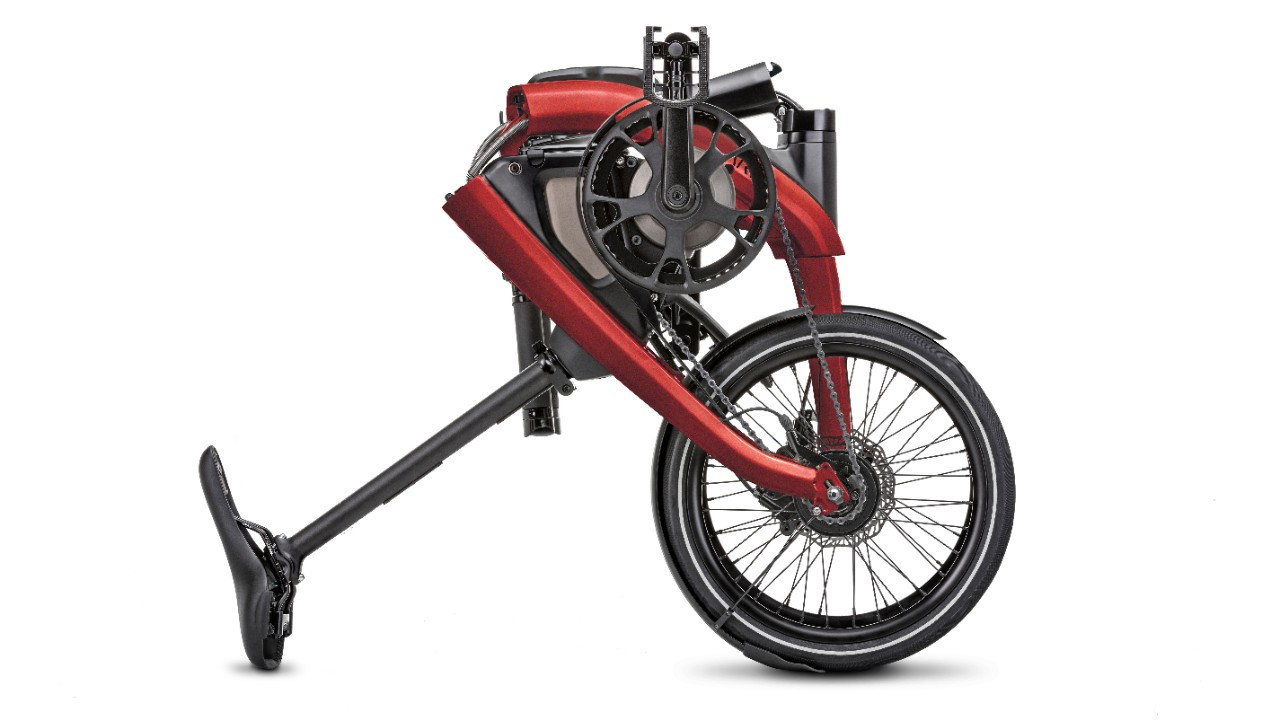 Back in November, General Motors held a naming contest for a new electric vehicle—not a car, but a foldable electric bicycle.

Now the company has announced the name, and says the bike will go on sale in Europe later this spring.

Known as the Arīv Meld and the Arīv Merge, the bikes have a range of up to almost 40 miles (64 kilometers) on a 3.5-hour charge—assuming the rider contributes at least some pedal power. Using European standards, the bikes charge at 230 volts, which may explain some of the delay in bringing them to the U.S.

The Meld is a pedal-assist electric bike; the Merge is the same, but it folds to be carried on a train or in a car trunk. GM says the Merge can be rolled on both wheels while folded.

Their electric power will provide an extra push for hills or to save riders' energy up to 15 mph.

A quad lock will mount riders' phones to the bike, for example to display trip or health data, and built-in USB ports can keep the phone charged off the bike's batteries.

When contacted by Green Car Reports about U.S. availability, a company spokeswoman said: "I do not have any news to share at this time regarding the potential of future markets for ARIV."

GM has worked for years on clean, urban last-mile transportation solution for shared rides and to get public transportation riders from their terminals to their destinations and back, first with the self-balancing Puma in 2009, and then the follow-up ENV2 in 2010.

Now it seems the last-mile solution may be far less futuristic—and practical—lining the two wheels up in the conventional single-track orientation, and letting riders balance for themselves.