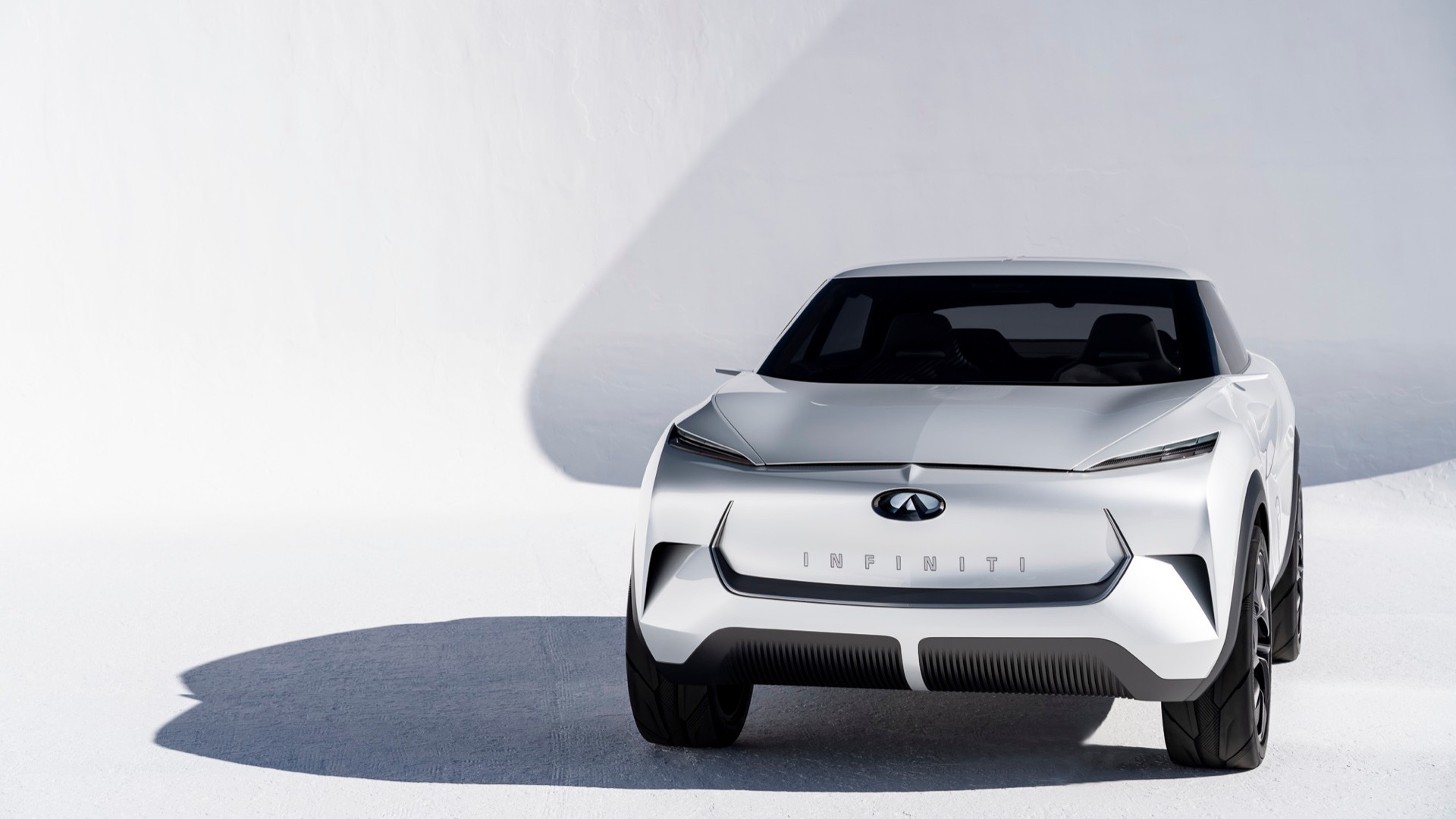 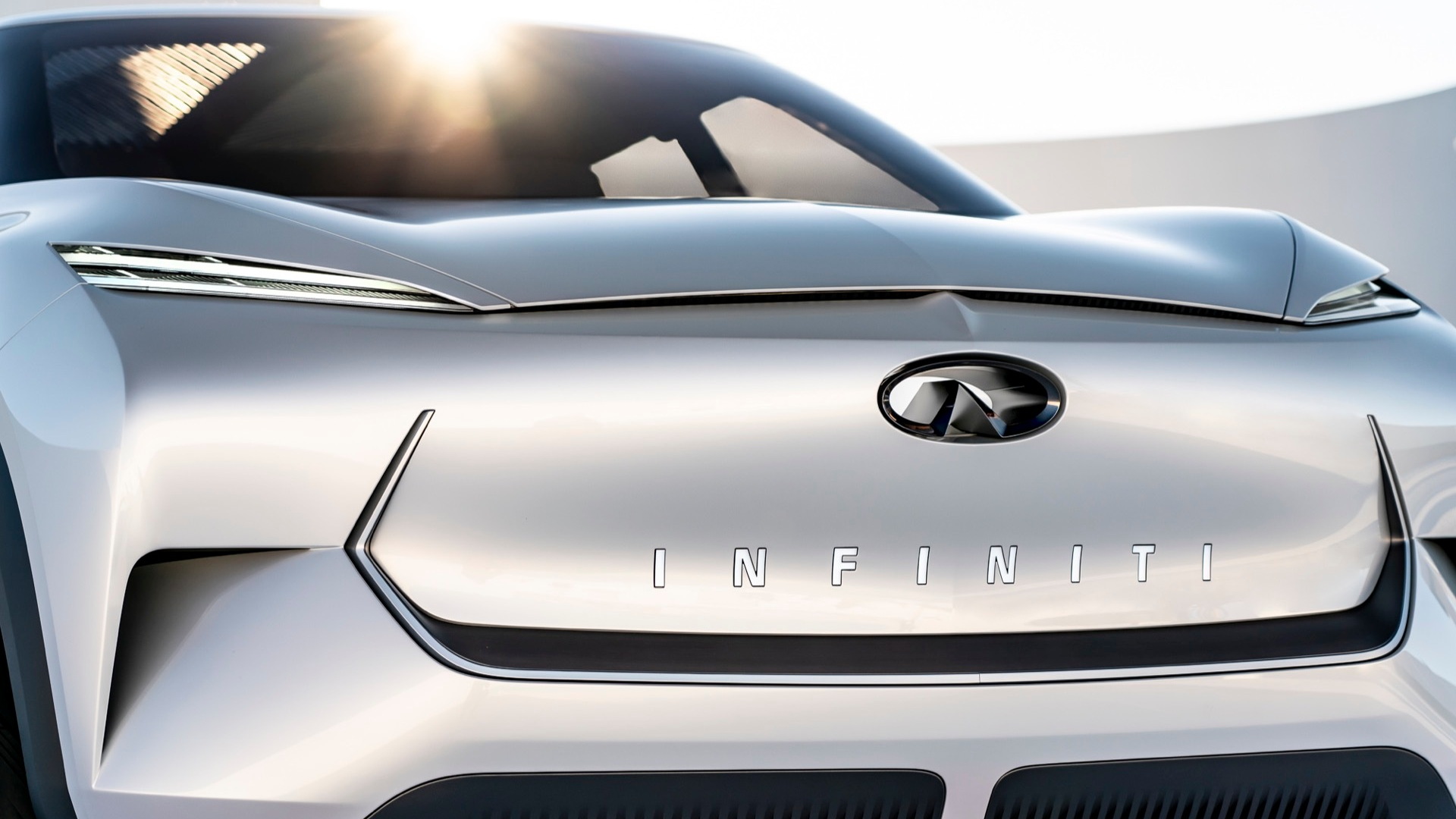 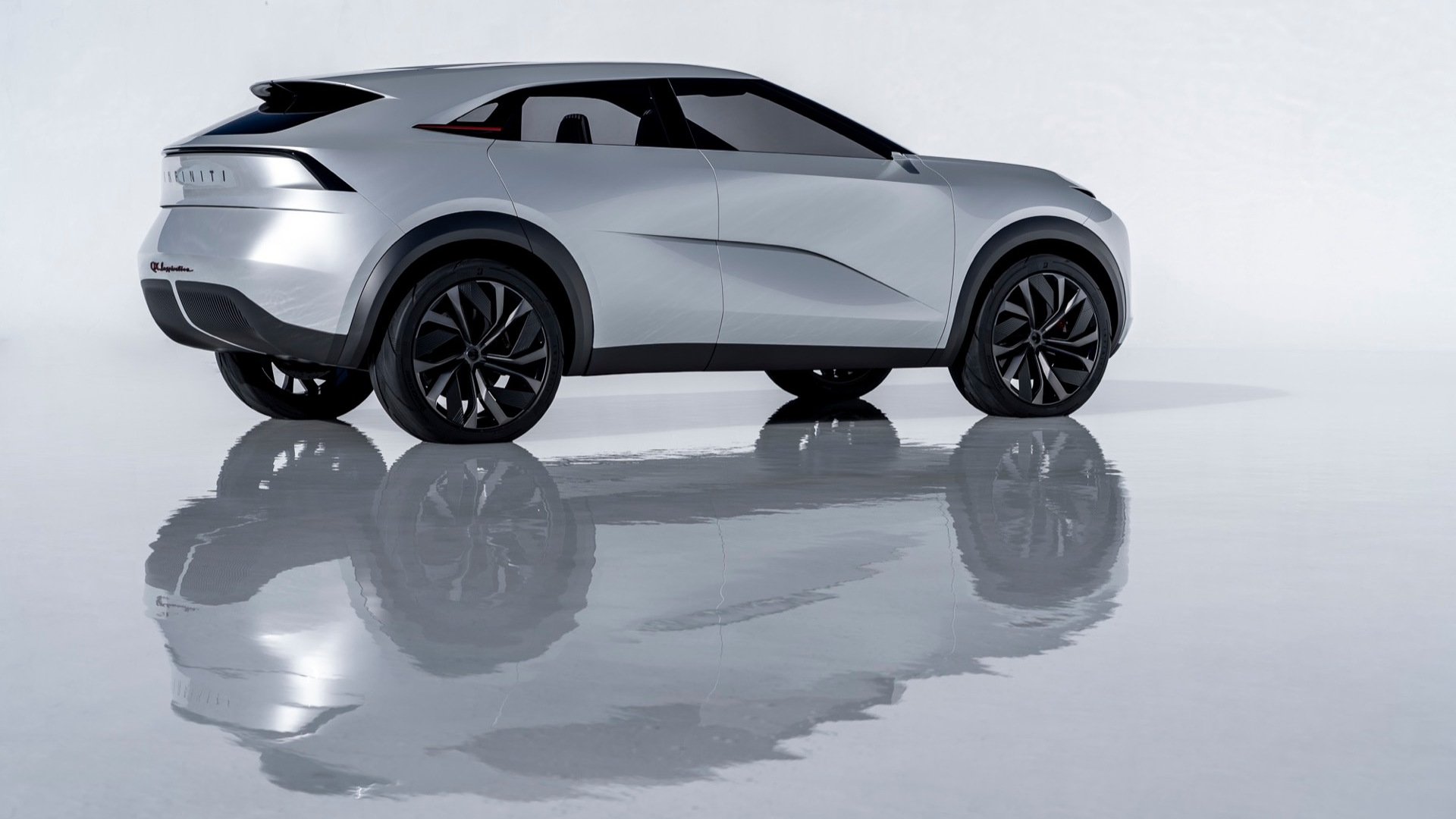 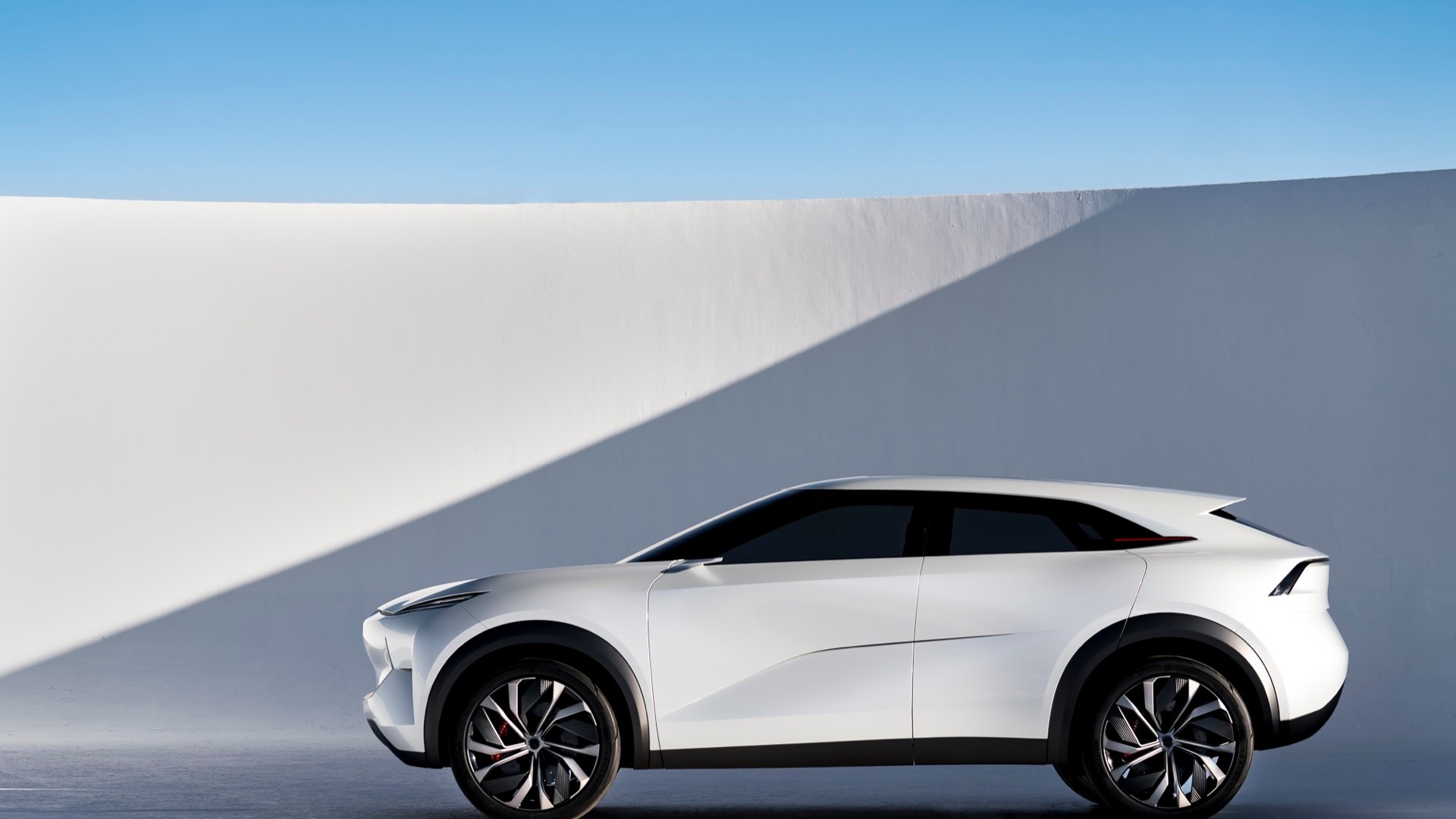 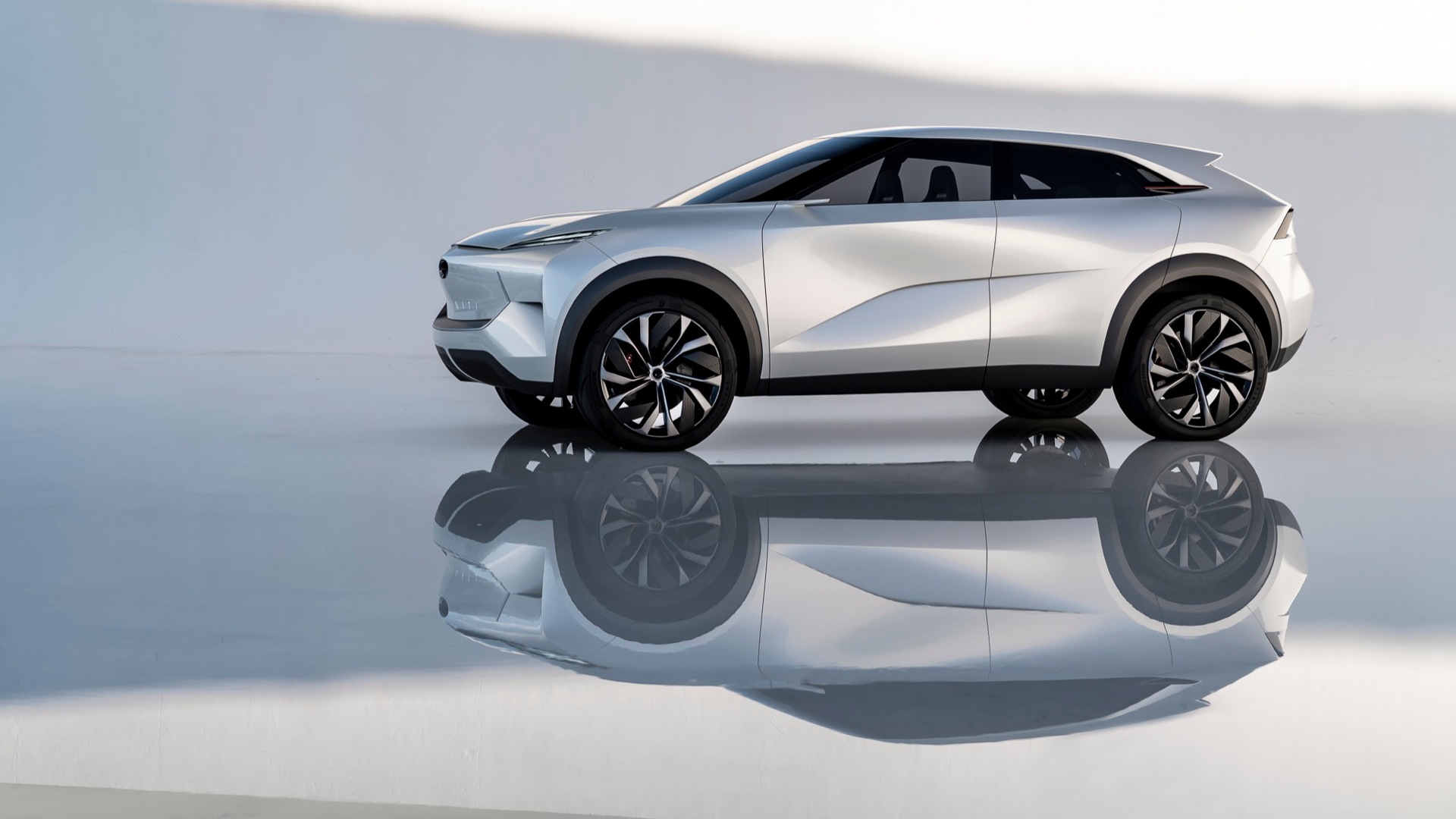 The future of Infiniti is electric. And today at the Detroit auto show the brand previewed the direction of a future electric Infiniti SUV—and the brand—with the QX Inspiration concept.

With entirely new proportions allowed by electric powertrains, a cleaner, simplified exterior design direction, and a warm, lounge-like interior, the QX Inspiration, according to the brand, “sets a direct precedent for the company’s first fully electric production car.”

After some false starts over the years, Infiniti last year said that it’s working quickly toward an electrified future—in which nearly every new or fully redesigned vehicle in its lineup (perhaps with the exception of QX80) will be built on a new global platform that does away with traditional transmissions and drive systems and has electric motors driving the wheels.

The idea of moving to an architecture that prioritizes electric power allows far more design freedom, and so the long-hood, hunkered-back design themes that Infiniti has generally followed for the past 15 years or are finally due to be retired.

The QX Inspiration concept sets a direction for what that future will be like, with some of the fundamentals including high performance, range confidence, and all-wheel drive. The concept has dual electric motors (one on each axle), according to the brand, but it leaves nearly all the rest of the details in a long press release on the concept to its design approach and cabin interface.

To sum: The QX Inspiration on the outside, like the new Nissan IMs concept also making its debut at Detroit, moves to “straight lines, precise forms for functional elements and clean surfaces,” instead of the sculpted, flowing sheetmetal that the brand has been emphasizing in recent years. The concept’s design language marks a new era for Infiniti, the brand says, as it focuses on “straight lines and sudden creases, finely balanced, smooth surfaces and organic shapes.”

That means migrating away from the long-hood profile that hints at a V-6 or V-8 engine and moving toward a cab-forward stance and more aerodynamic, balanced silhouette.

The exterior surfacing is truly the result of Infiniti taking stock at its 30-year history and understanding that its most successful designs have been those that weren’t cluttered. The team focused on the Japanese idea of Ma, the open spaces between lines, and found that, as Infiniti executive design director Karim Habib put it, “It’s the empty space between the edges that often carries the loudest message.”

Sized right for a global market

The QX Inspiration is 183.1 inches long overall—about the size of the Jaguar I-Pace or Mercedes-Benz GLC (or EQC)—and it rides on a long 112.2-inch wheelbase. Overhangs are super-short, and overall height is rather low for an SUV, at 64.2 inches. A kammback-style roofline tapers toward the rear for aerodynamics, while in front Infiniti skips the customary large grille in favor of an illuminated logo and channels that direct airflow around the body.

The Interior of the QX Inspiration concept creates “a welcome environment while assisting drives and connecting occupants.” It’s designed around the theme of omotenashi, the Japanese approach to hospitality. The QX Inspiration has a flat floor throughout the cabin, which is a relaxing place for four. The battery pack is just beneath the floor.

READ MORE: Is Infiniti now ready to launch an electric car, after all?

The instrument panel has a wide-screen monitor that runs from pillar to pillar, while the rectangular steering wheel also has its own monitor. Brown leather arches replace the traditional transmission tunnel, and there’s a marble center console extending back to the rear seats. The floor itself is white suede [relax, it’s a concept car], while the roof is finished in Japanese red cedar wood. The upholstery has dot quilting that “produces a more informal interpretation of the diamond lozenge shape that gives classic Chesterfield lounge chairs their distinctive appearance.“

In a nod to the uncertainty of the period ahead and whether autonomous driving or self-driving will be the norm, Infiniti notes that the steering wheel can collapse into the instrument panel and the pedals into the floor.

While that part of the future remains hazy, Infiniti’s design direction here is likely a certain part of its future, as engines move away from the spotlight.