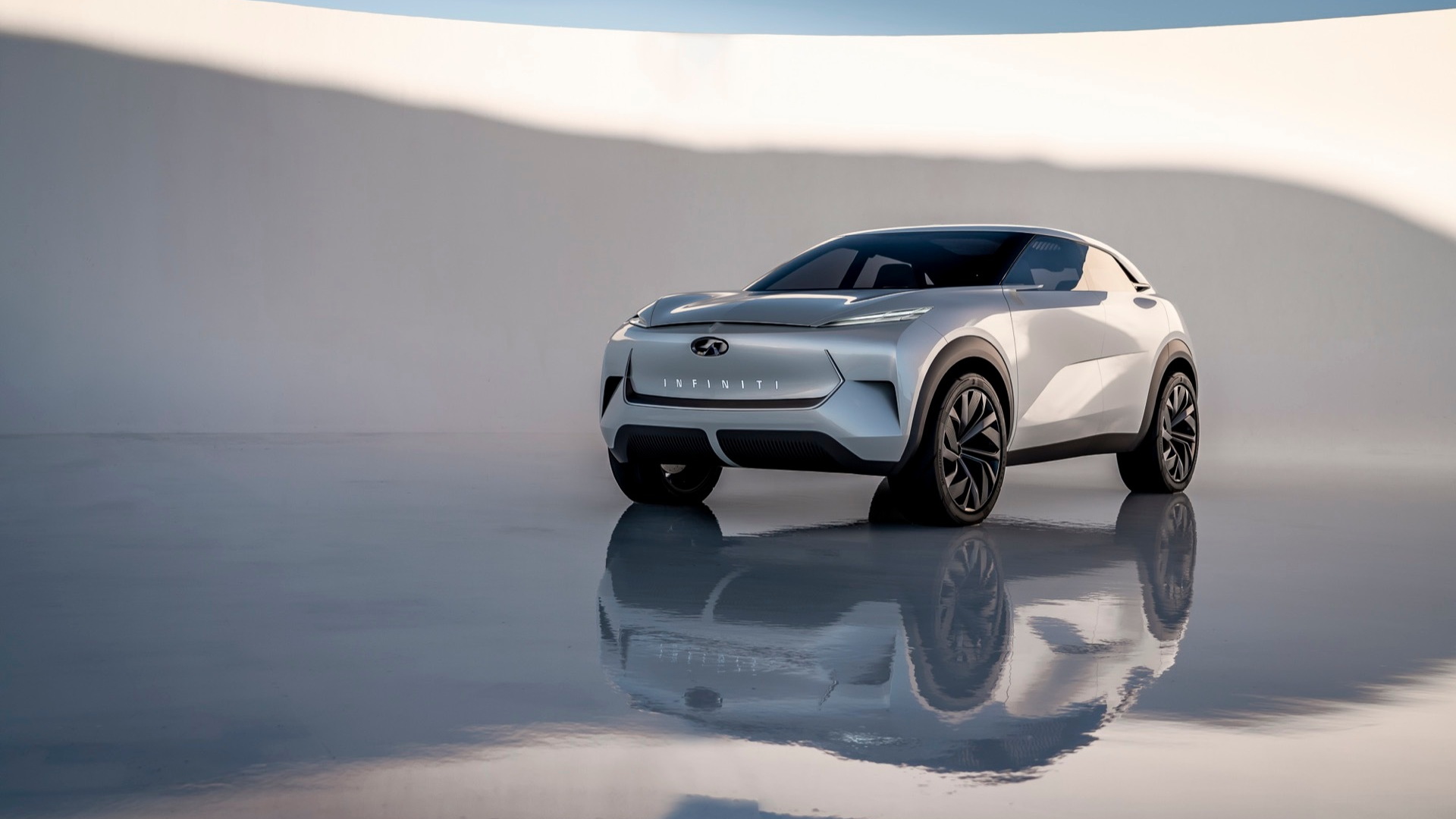 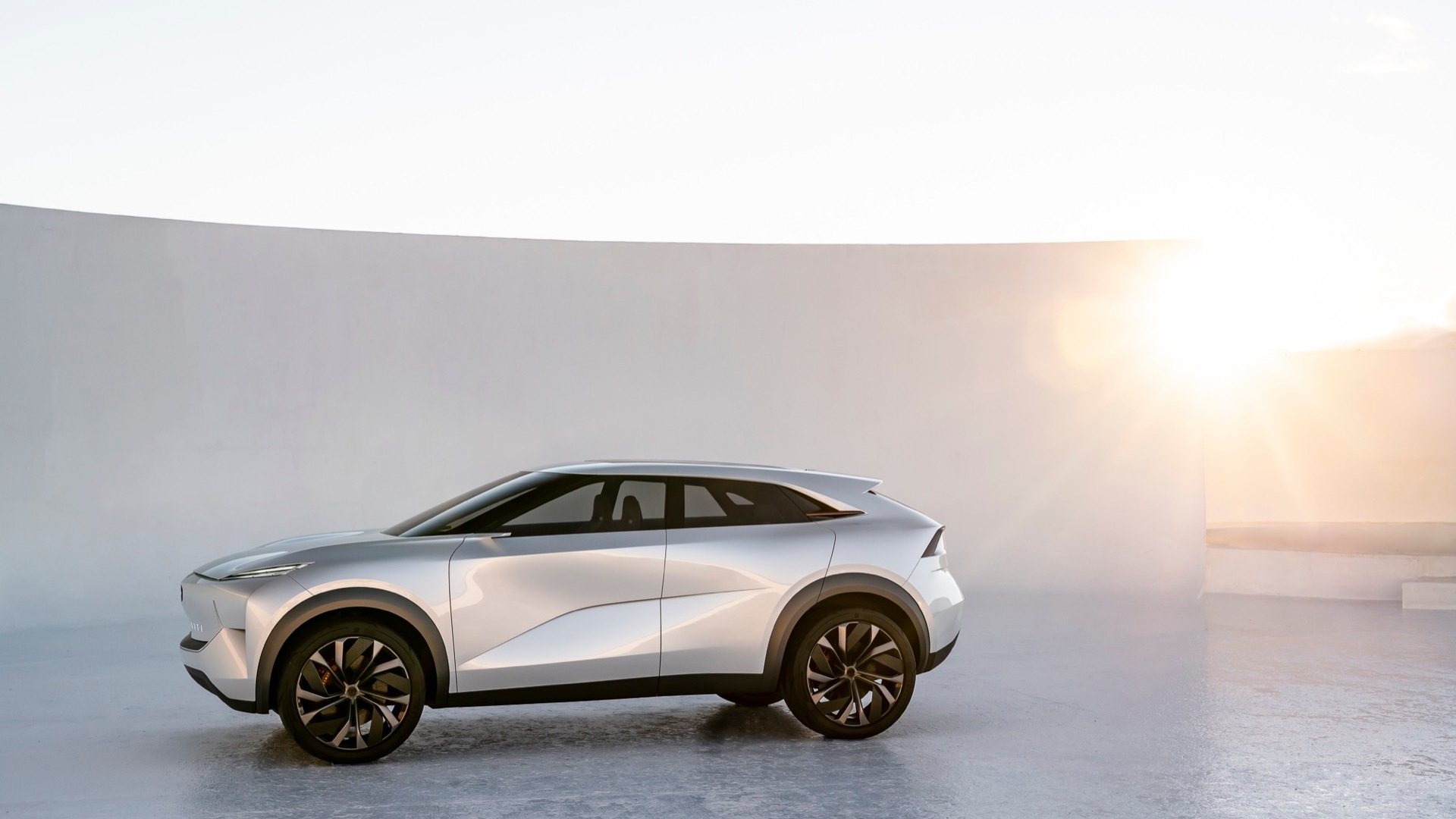 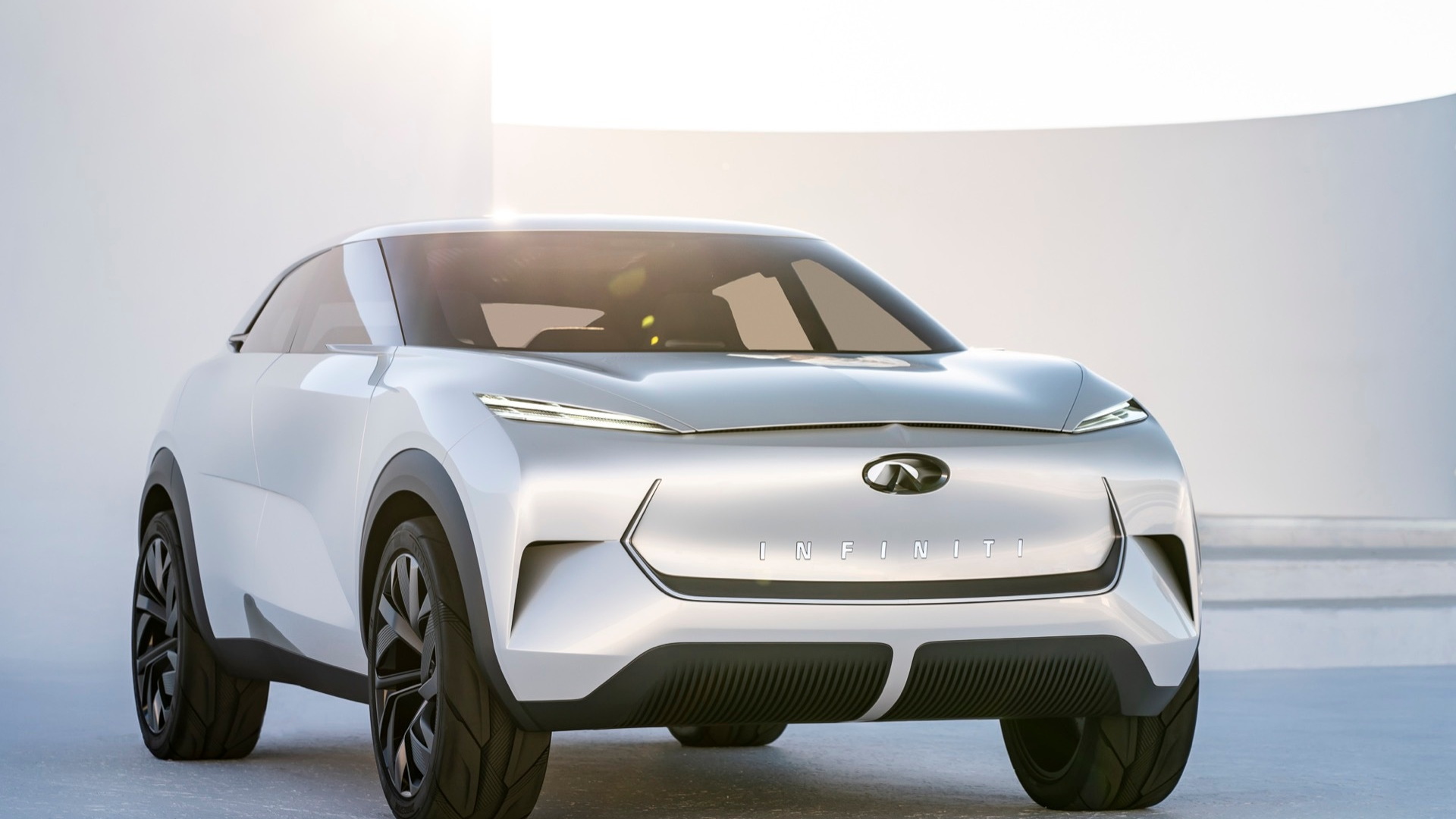 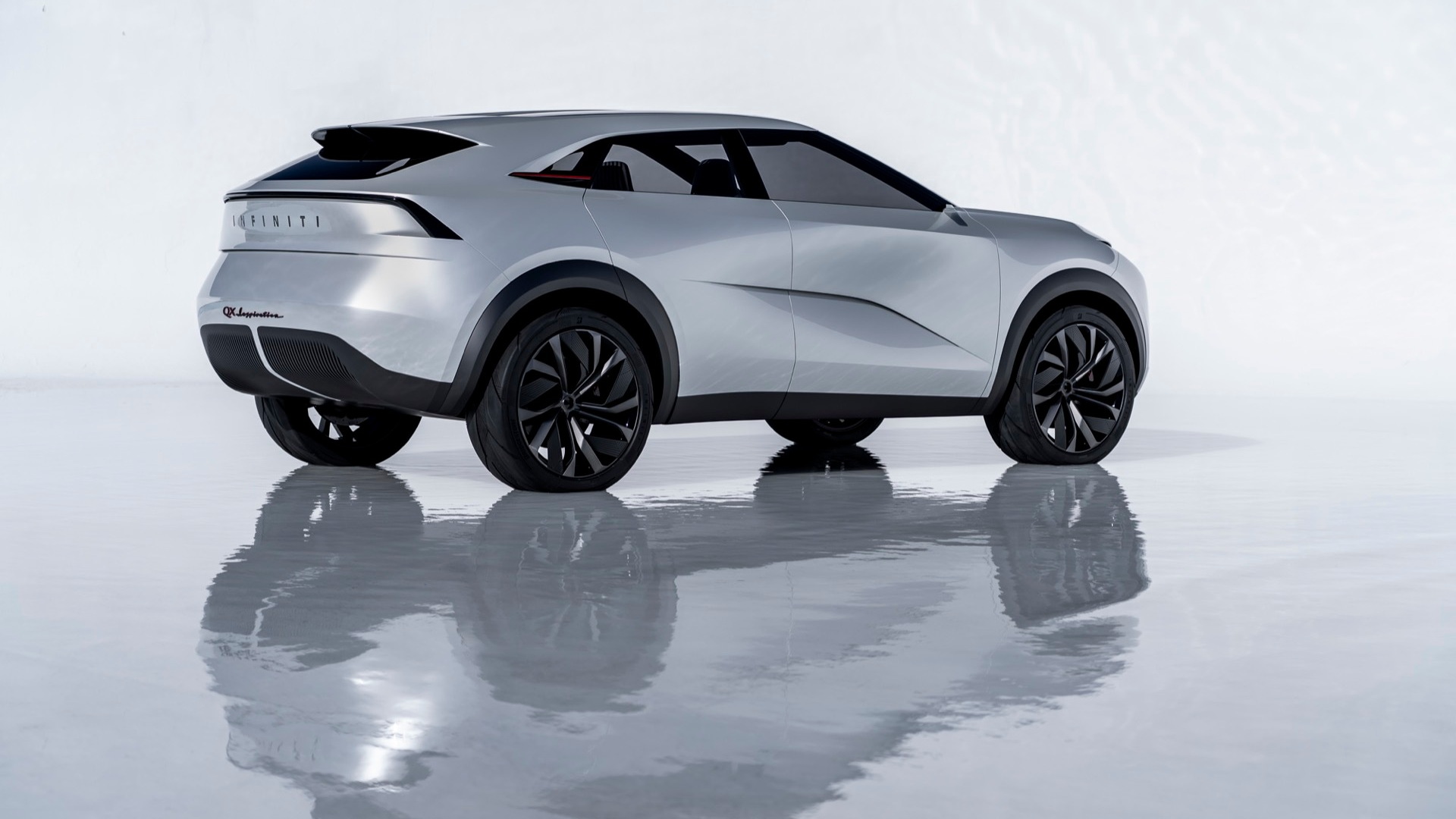 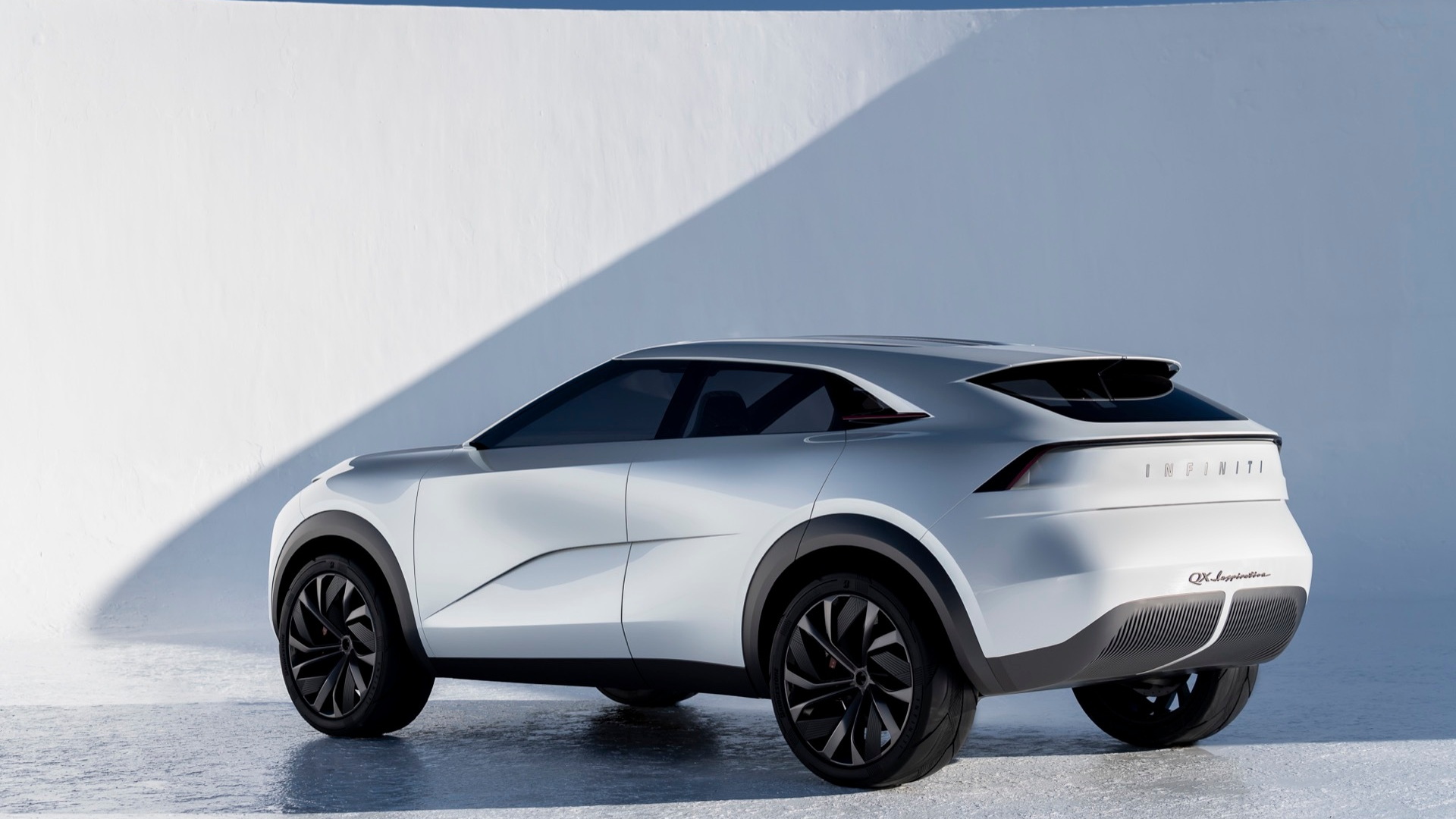 Transmissions will soon be history at Infiniti. Electric motors will exclusively power the drive wheels of future models, and all or nearly all versions will have all-wheel drive. Yet charge ports won’t be all that common, and most of the vehicles will still have a fuel tank, a tailpipe, and an engine under the hood.

Confused? That’s because Infiniti is betting big on an unusual layout: the series hybrid. With it, the internal combustion engine powers a generator, which in turn powers two motors—one at each axle—with a lithium-ion battery pack between them as an energy buffer.

At an event celebrating the brand’s 30th anniversary, Infiniti wanted to give the technology a push as the future of the brand but confirmed that it hasn’t decided yet what to call the technology.

What it does know, as these products push along to production, is that they won’t have anything to do with the word “hybrid.”

“We tested even the name (hybrid) with American customers, and it comes across as very negatively perceived,” said Eric Rigaux, the global general manager for product strategy and planning for Infiniti. "This is not a hybrid system, which is more about fuel economy—respectable, but this is not what Infiniti is about.”

Infiniti does say that emissions with the new series hybrid will be “significantly reduced compared to existing vehicles for the brand, and other ICE vehicles offering similar power and performance.”

According to Infiniti group vice president for the Americas, Jeff Pope, the new powertrains should be thought of as an electric performance vehicle “that still has the range confidence.”

The technology is the long-anticipated, scaled-up-and-powered-up version of Nissan’s e-Power system originally developed for small cars that company executives at Nissan and Infiniti have been talking up for several years. Back in January 2018, Nissan’s then-CEO Hiroto Saikawa confirmed that every new Infiniti model arriving from 2021 on will be either e-Power or fully electric.

Infiniti says that by 2025 it will sell only fully electric or such gas-generator models. Tim Franklin, the brand’s U.S. director of product planning, estimates that the two powertrain types may each hold about half of sales volume by then.

For Infiniti, it’s one or the other, and it doesn’t see plug-in hybrids as a stepping stone to fully electric. Plug-in versions of the e-Power technology aren’t at all in the plans right now, according to Rigaux.

Infiniti’s take on what it’s buying into is interesting: It says that the new layout offers “the thrilling, instantaneous, silent acceleration of a high-performance electric car” and “eliminates two of the perceived obstacles to EV uptake among consumers—range confidence and the practicalities of recharging.”

To assure at least that occasional prods of the accelerator might be silent, the battery in the series hybrid is reasonably large compared to other hybrids—3.5 to 5.1 kwh, depending on the model.

Together, the motor systems deliver 248 hp to 429 hp, depending on the version. Infiniti claims that models with the highest-power version of the powertrain will be able to reach 62 mph in around 4.5 seconds. Rigaux admitted that the brand Is considering a two-speed setup for its higher-performance models—which might bring even quicker acceleration—but couldn’t confirm any decision.

Infiniti also says that the battery pack is “recharged constantly” by the engine—a 1.5-liter turbo-3 engine that uses the company’s VC-Turbo variable-compression-ratio technology. However, Rigaux confirmed to Green Car Reports that in light/ideal conditions, the models might be able to go “a few miles” without the engine starting.

There are few pure series-hybrid layouts on the market, and those that are have been relatively low-volume ventures, each with production hiccups. The BMW i3 and Karma Revero are the only two presently available. Series hybrid plans have been discarded in the past by a number of automakers because of disappointing highway mileage—especially higher-speed highway cruising like in the U.S. or Europe.

Honda engineers specifically told Green Car Reports that they considered a series-hybrid layout as a global solution and abandoned it due to concerns over highway mileage and noise and vibration—especially U.S. highway driving—even after they pulled out the stops with tech like active noise cancellation. We’re eager to see how Infiniti has solved these problems on such a mass scale.

Infiniti claims that the engine and motors are “fully encapsulated” to reduce noise and motor whine, and it points to a “world-first independent mounting system” for the engine/generator, including fluid-filled mounts. Inside the cabin, Infiniti uses active noise cancellation to block out low-frequency noises.

Inside, all the gas-generated models will use acoustic glass, quiet tires, and an array of soundproofing measures—to the degree that Infiniti claims that the powertrain will never be more audible than wind and road noise.

Even in the secretive swirling dust at the Spaceport, in privacy and protected airspace next to White Sands Missile Range, Infiniti didn’t have any vehicles with the important new powertrain to test. According to RIgaux, Infiniti still doesn’t have it tuned to final levels of refinement, and they wouldn’t want us sampling the Nissan version of e-Power and extrapolating based on that.

“The level of NVH that we are reaching is very similar to electric vehicles,” he asserted—something that we very much look forward to experiencing ourselves.

Infiniti provided Internet Brands Automotive accommodations, transportation, and even a charter flight out to Spaceport America to facilitate this report.