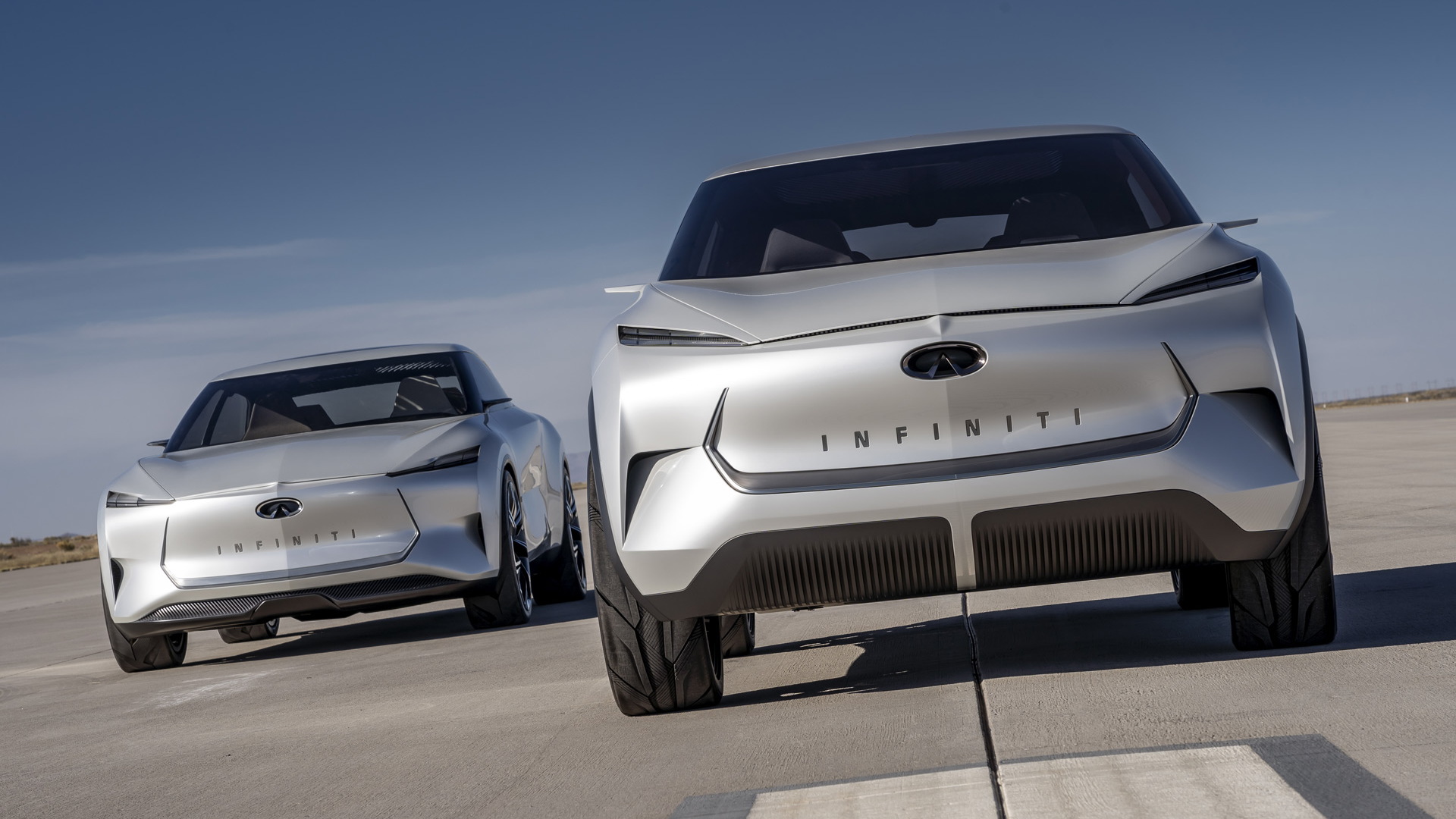 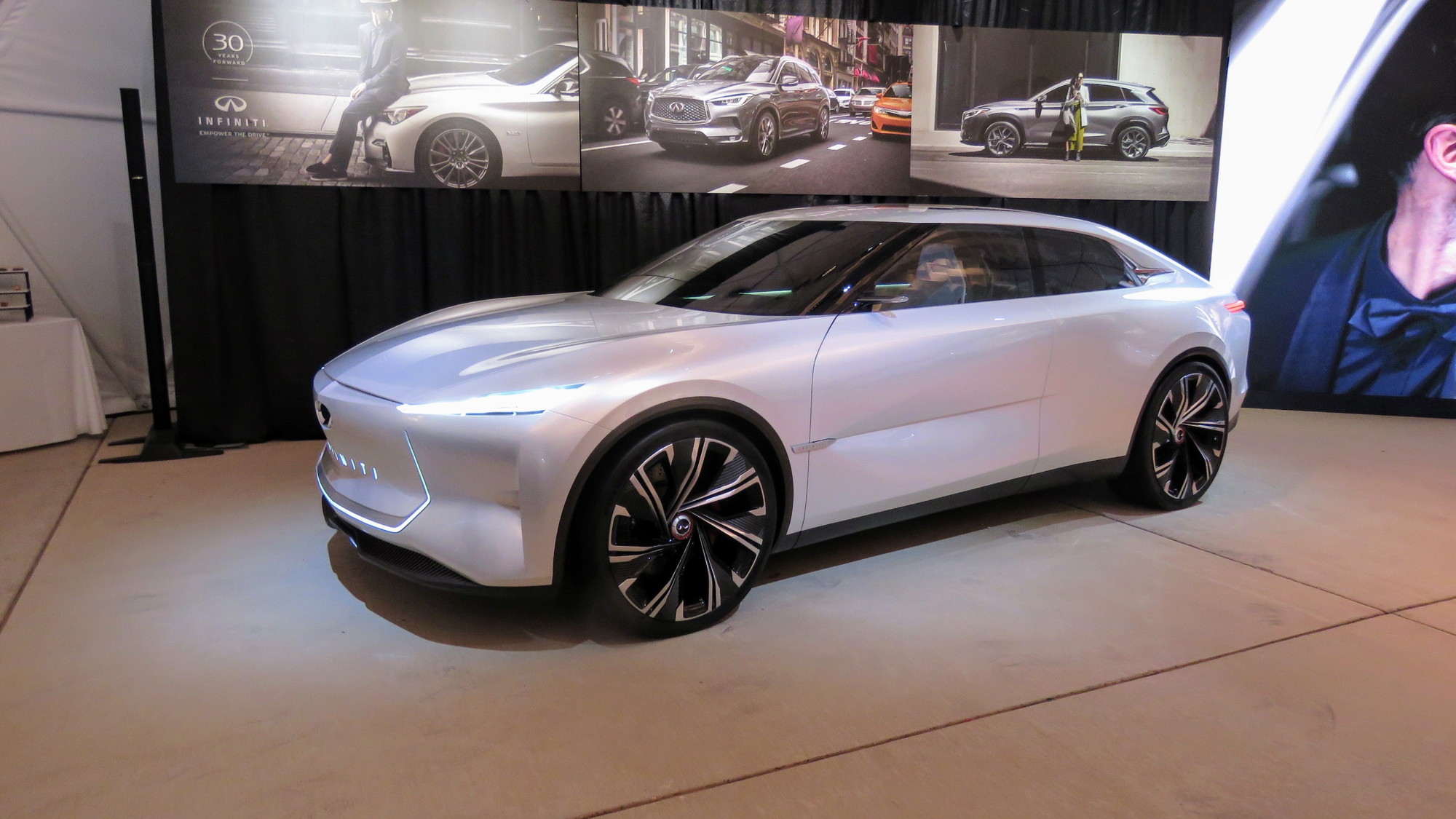 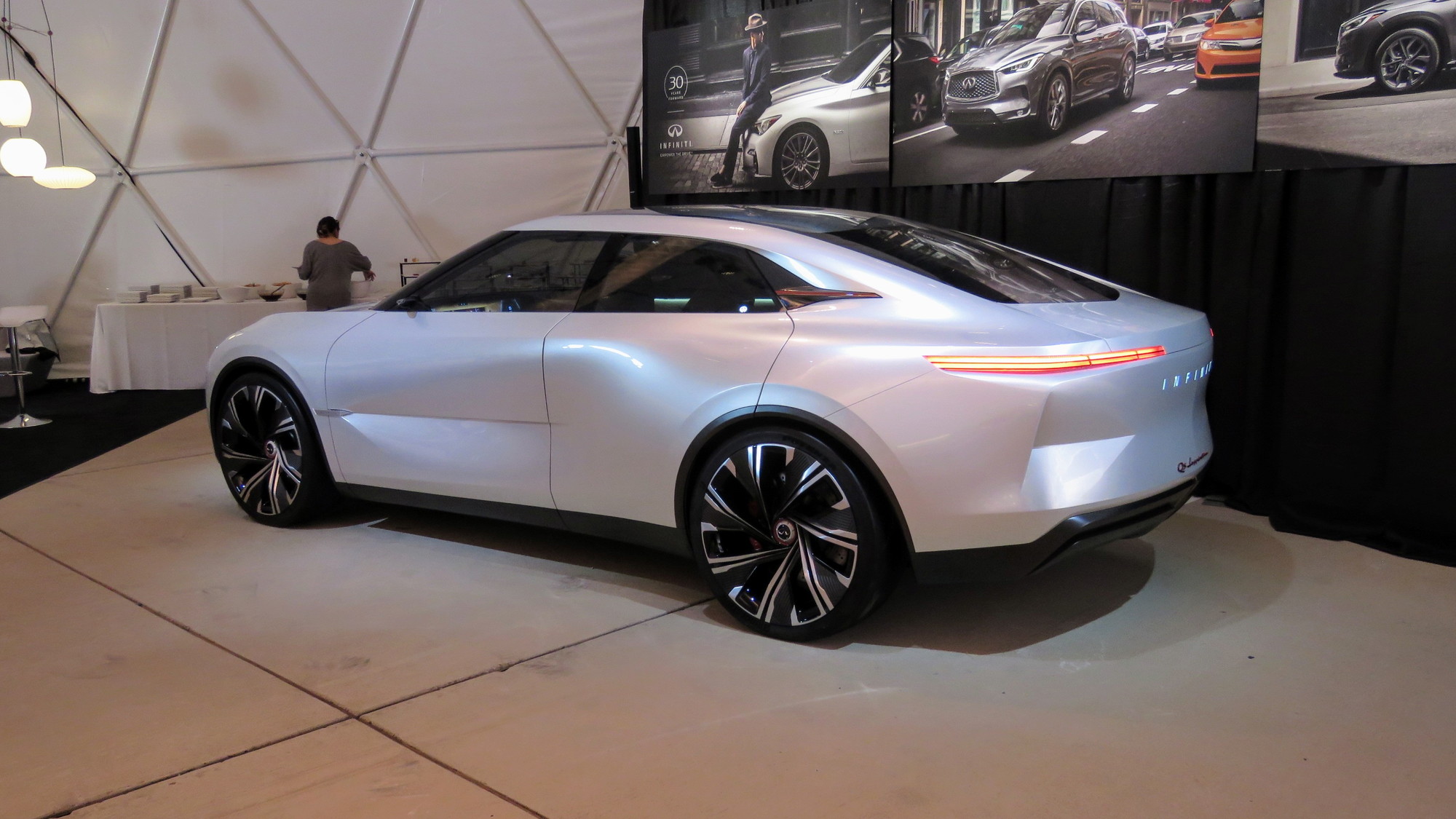 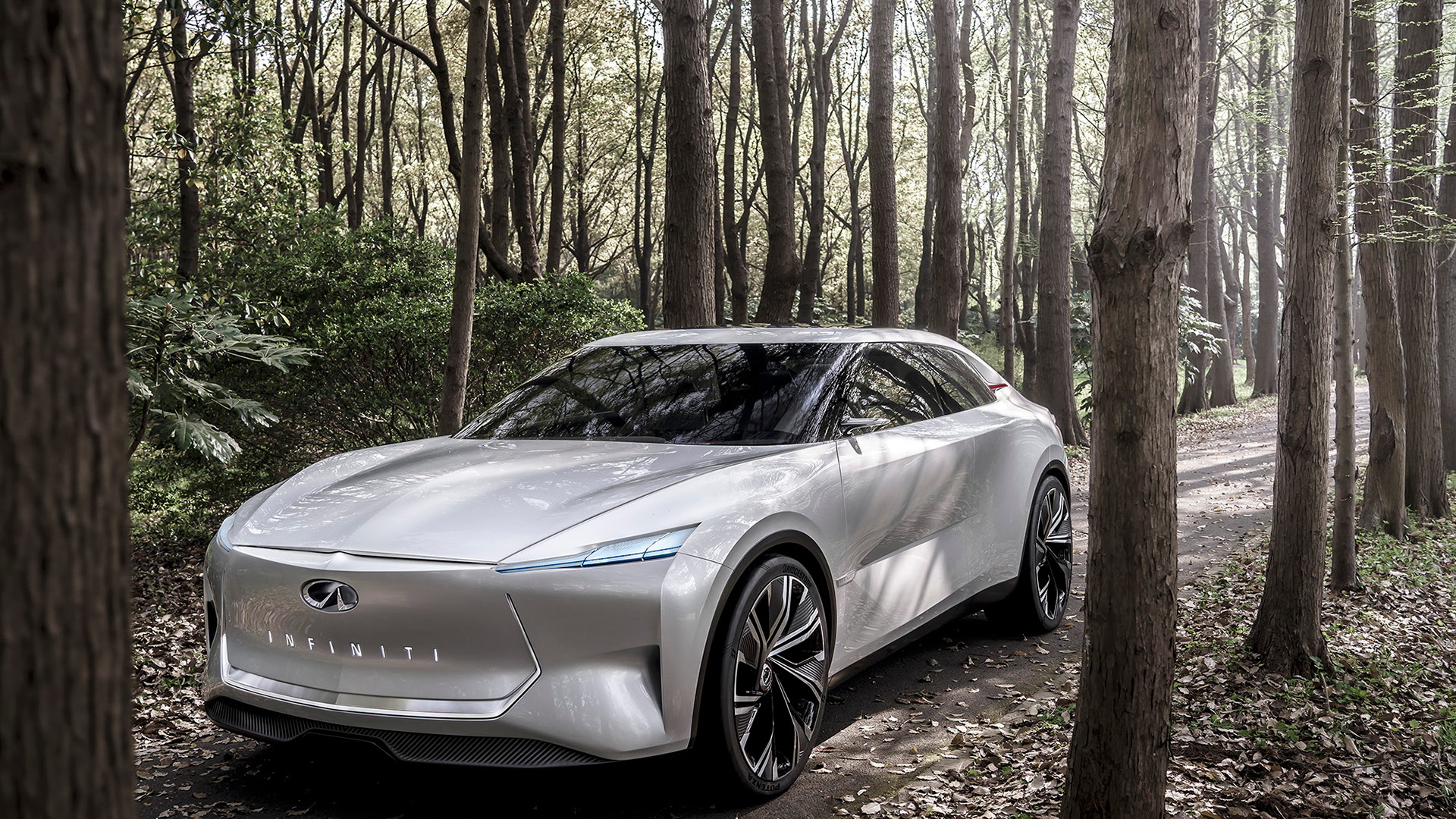 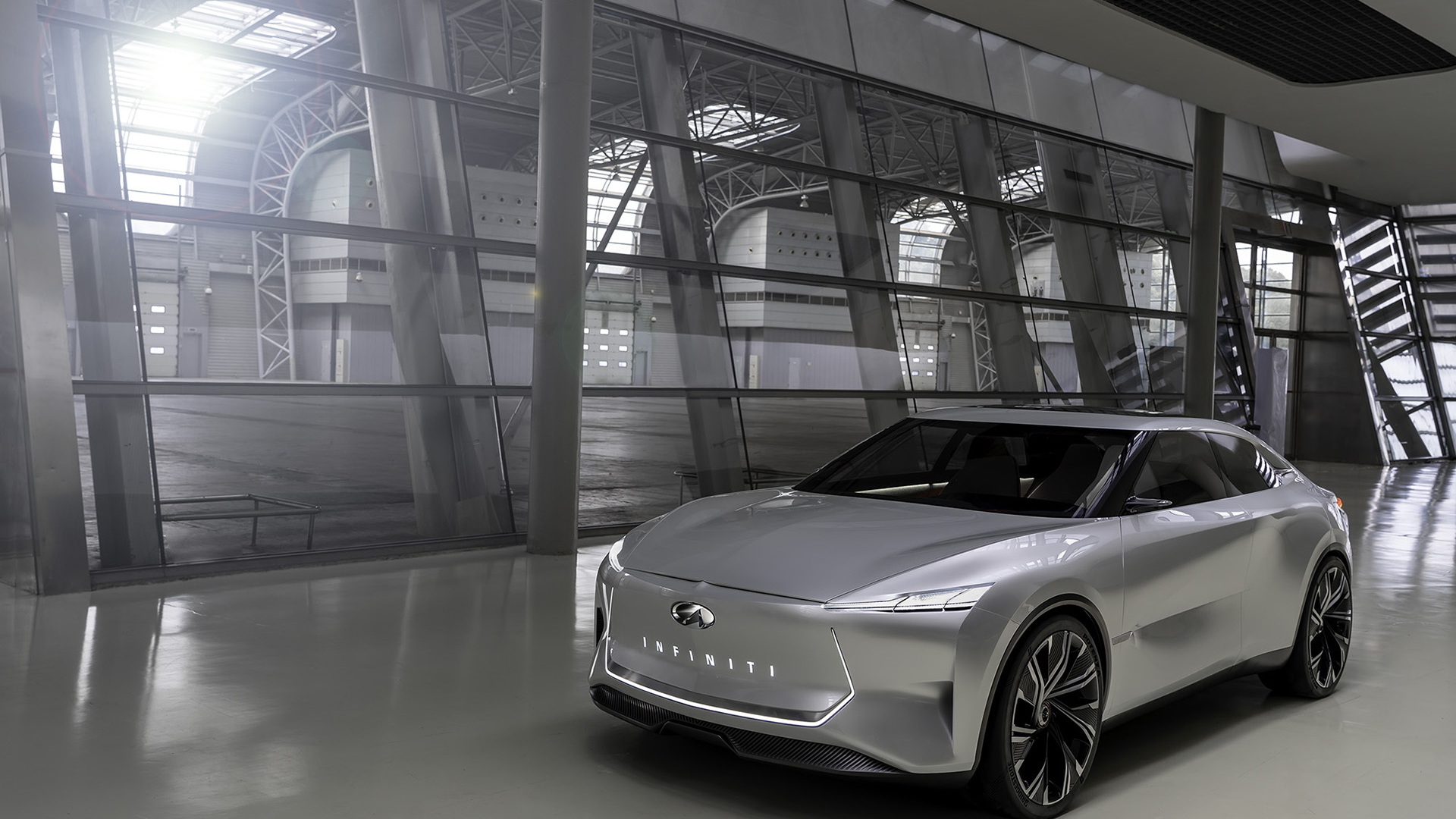 Nissan’s Infiniti luxury brand confirmed earlier this week that series-hybrid technology will no longer be an important part of its lineup this decade as the brand transitions to mostly electric vehicles.

The news serves as a record-scratch moment to disrupt a daring, futuristic vision for the brand that was presented in late 2019 and based around three “Inspiration” concepts to be powered by an evolving mix of series-hybrid and full battery electric powertrains.

First reported by Automotive News, this future for the brand won’t arrive as heralded, as the brand told dealers it is holding off on bringing the technology to the U.S. The series-hybrid system allegedly couldn’t be delivered to the U.S. with the right price and, perhaps, the right mpg ratings.

"After careful consideration, we will prioritize fully-electric vehicles as our initial electrified offering in the Americas, along with advanced internal combustion powered vehicles of the future," spokesperson Kyle Bazemore told Green Car Reports, noting that the decision was a part of a “reevaluation and reset” of product and powertrain strategy for the brand.

"With a renewed focus on the customer-centric approach to luxury that has always been a hallmark of Infiniti, we are committed to offer our buyers of the future with choice," said Bazemore. "Infiniti plans to offer a variety of powertrain solutions, from advanced internal combustion engines through to fully-electric systems."

The brand says that its series-hybrid tech remains an important part of its global powertrain strategy and is still planned on Infiniti products outside of North America in the coming years.

To take a step back, the new era for the brand meant an electrified future with a fresh look put in place by the arrival of production models based on the QX Inspiration SUV, the Q Inspiration, and the Qs Inspiration sedan.

Infiniti's bold strategy would put a series-hybrid system (meaning the engine essentially functioned only as a generator) at the core, while acknowledging that it was technology for the transition to EVs.

The tech would be based on Nissan’s e-Power system but given a different name for Infiniti—definitely not using the word “hybrid.” It would offer better mpg and lower emissions than any non-hybrid. With relatively large battery packs for a hybrid, of 3.5 kwh to 5.1 kwh, and large electric motors at the front and rear axles, the new models would be able to eliminate the sudden, loud racing of the engine that can be an issue with series hybrids. Officials assured us that the 1.5-liter turbo-3 variable compression engine would never be heard more than distant wind or road noise. The system still had to prove its mettle in highway driving which is typically a weakness for the layout.

All this built on statements from former Nissan CEO Hiroto Saikawa, who in 2018 said that every new Infiniti model appearing during or after 2021 would be either a series hybrid or a battery electric model. At the late 2019 event, officials clarified that after a redesigned QX60, which is currently in the process of being launched, the new era would begin.

As presented, the strategy felt right for addressing an increased appetite for electric cars while in the meantime providing shoppers with gasoline-fueled alternatives that would offer a driving experience nearly identical to the electric ones.

Now Infiniti appears to have dropped the series-hybrid layout from its plans completely. That's an unusual move, especially considering the brand hasn't clarified what's next instead.

Cost appears to be a factor, but that's particularly puzzling as Nissan’s e-Power serves as the basis for Infiniti's hybrid system. Nissan introduced e-Power in 2016 in the relatively inexpensive Japanese-spec Nissan Note subcompact, which is related to the U.S. Versa. Nissan said later that year that it was studying the technology for the U.S. with a version that offered a stronger motor/generator for American driving conditions, and it’s continued to say since then that the system is potentially part of the future for this market.

Versus the plan Infiniti presented two and a half years ago, the move to EVs sounds potentially more complicated for the brand and for dealers, as it likely means keeping legacy gasoline models around longer while fully electric models gain traction in the market as lower-volume models.

Infiniti said that it won't be commenting further about how these decisions affect the U.S. product lineup, including its shift to electrified vehicles. But we have to hope that this family of new designs and unified design language otherwise remains intact.