Today, most people charge their electric cars at home, overnight.

That's much harder for residents of multiple dwellings or those without dedicated off-street parking, increasing numbers of whom instead recharge during the day while parked at their workplace.

Now Tesla plans to make it easier for owners of its cars—and only them—to charge at work.

Workplace charging gets less attention than home charging and the need for DC fast charging along highways for longer road trips, but it's a necessity if electric cars are to be practical for apartment dwellers.

A report on Thursday by Bloomberg noted that Tesla has started to offer free charging stations to "qualified" companies and owners of commercial properties.

The stations themselves are free, and similar to those offered for several years to hotels and other destinations Tesla drivers are likely to frequent. Installation and the cost of the electricity remains the responsibility of those entities. 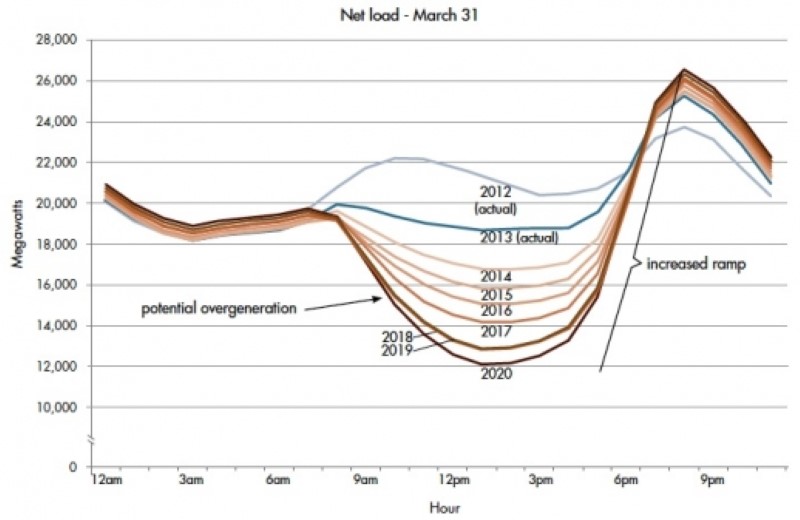 As Bloomberg notes, Tesla's "effort plays into California’s desire to see more electric cars charging in the middle of the day."

That may appear counterintuitive: Electric demand is highest during work hours, so why would the state want to add to that load?

The answer is that increasing amounts of solar energy flood into the electricity grid during the daytime.

Charging electric cars using renewable energy drastically reduces their carbon footprint per mile, cutting it from the current equivalent in California of an 80- or 90-mpg vehicle to that of a gasoline car so efficient it returns 100, 200, or 300 mpg.

Such a car does not exist, of course, and never will without a plug.

But the idea of charging electric cars during the daytime to soak up solar energy originated in a scenario from the California Independent System Operator, or CAISO. 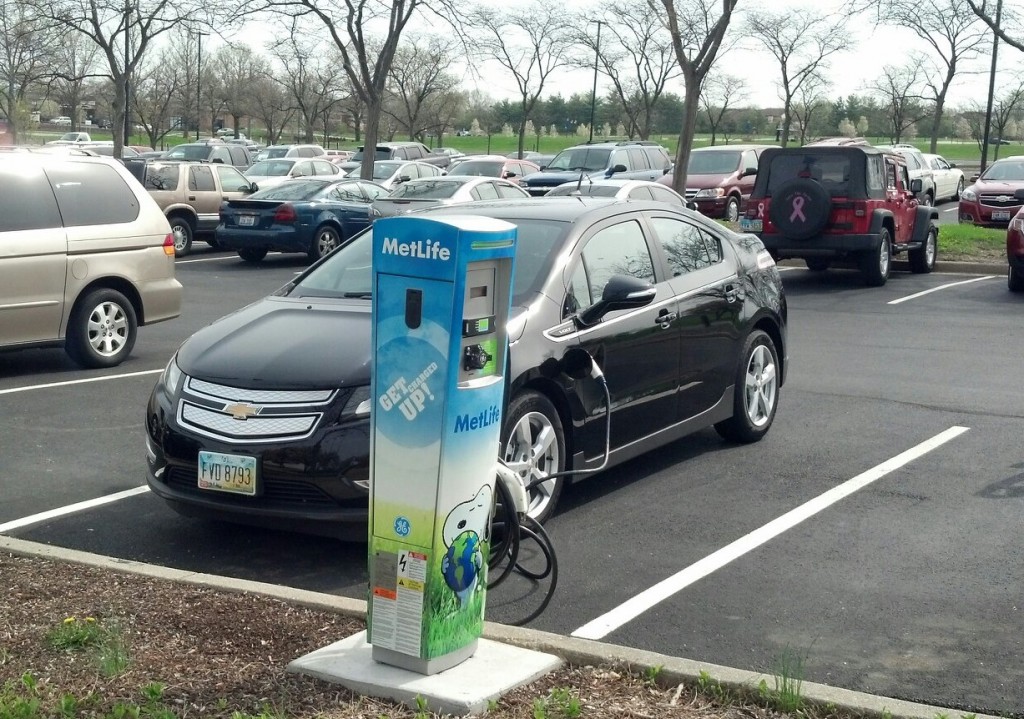 Known as "the duck curve," it was based on a scenario that has now come to pass in California: customer-sited solar panels have cut the demand for fossil-fuel-sourced electricity to lower levels.

One reflection of that reality: Southern California Edison has now proposed special low daytime rates for electric-car charging to take advantage of that change.

They do not charge any other electric car now on the market, all of which use the standard coupling known as J-1772 found on all public 240-volt charging stations.

Whether employers and landlords will choose to subsidize the charging of vehicles that today cost $50,000 and up remains to be seen.

In general, however, any expansion of workplace charging brings more visibility to electric cars, not to mention greater flexibility for their drivers.