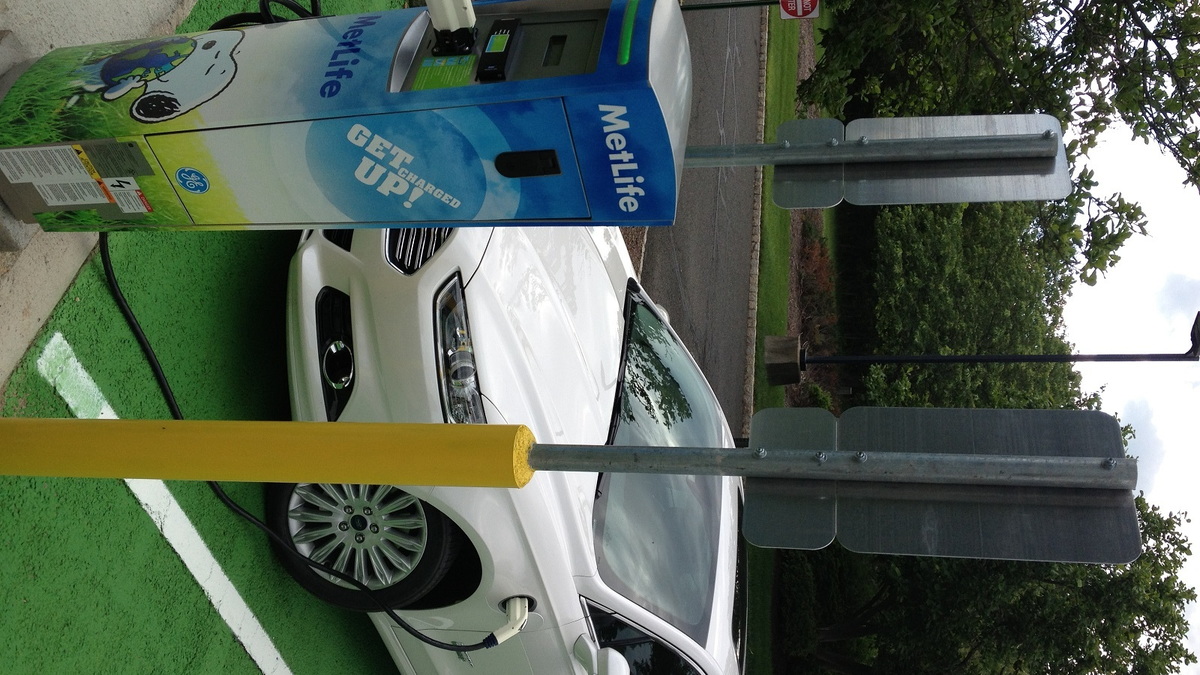 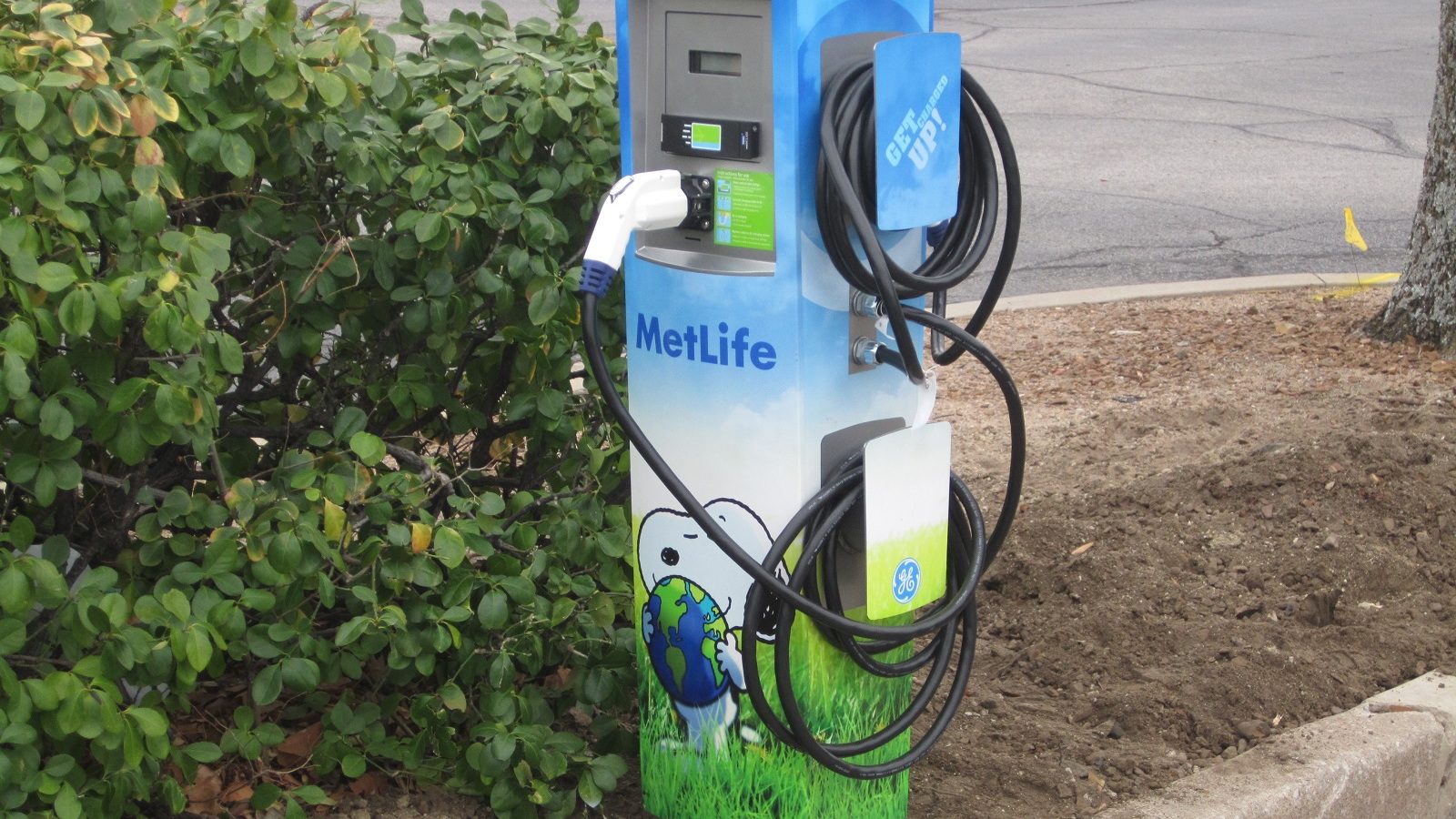 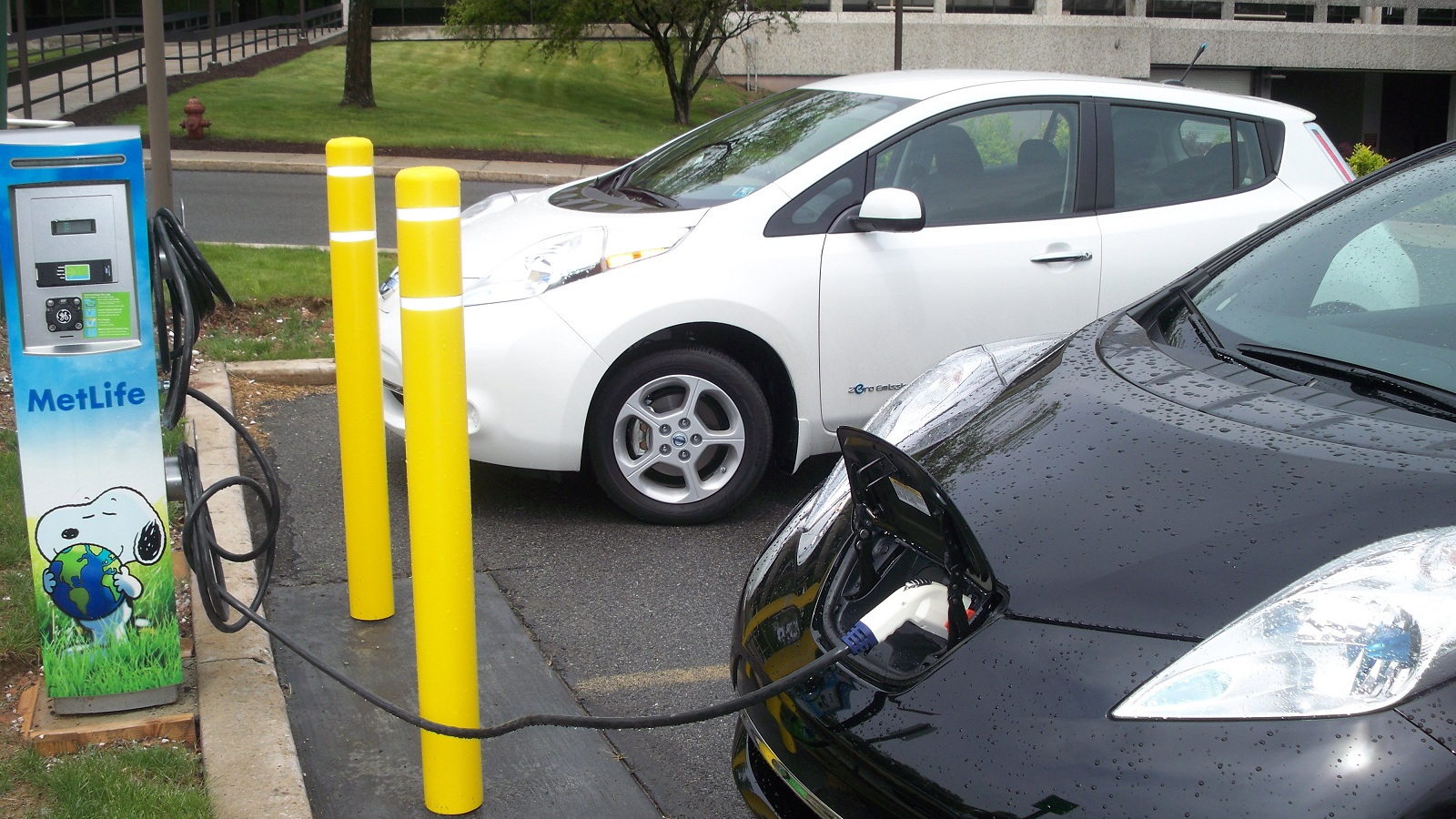 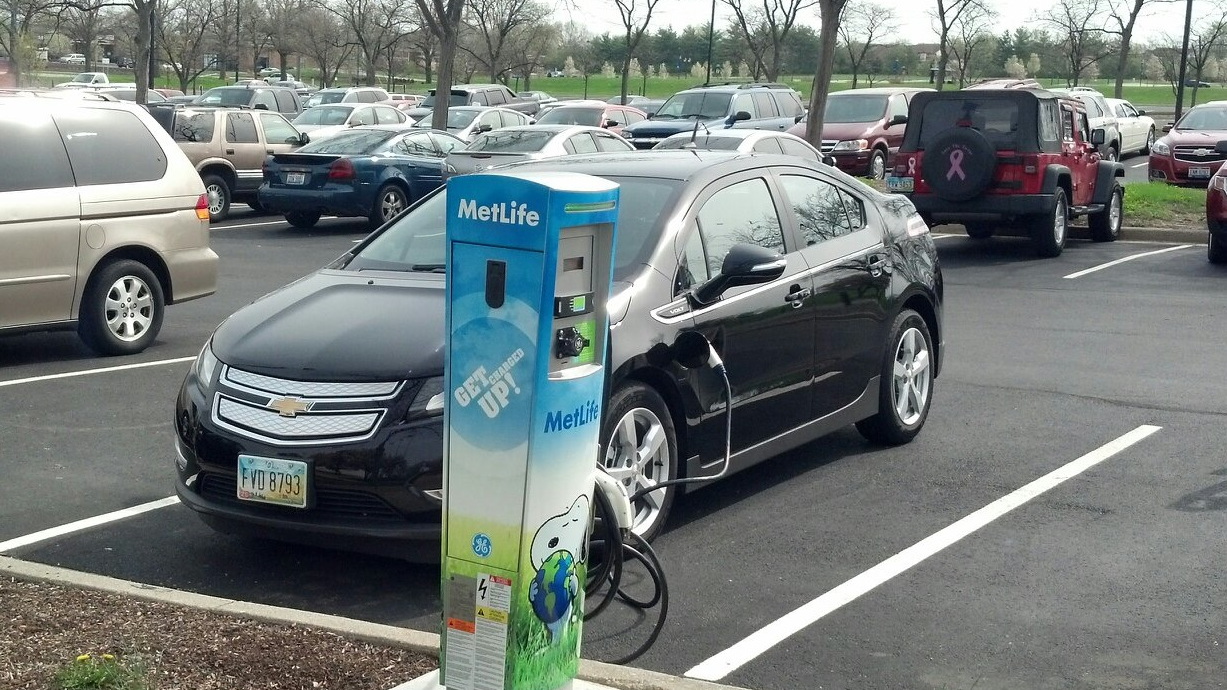 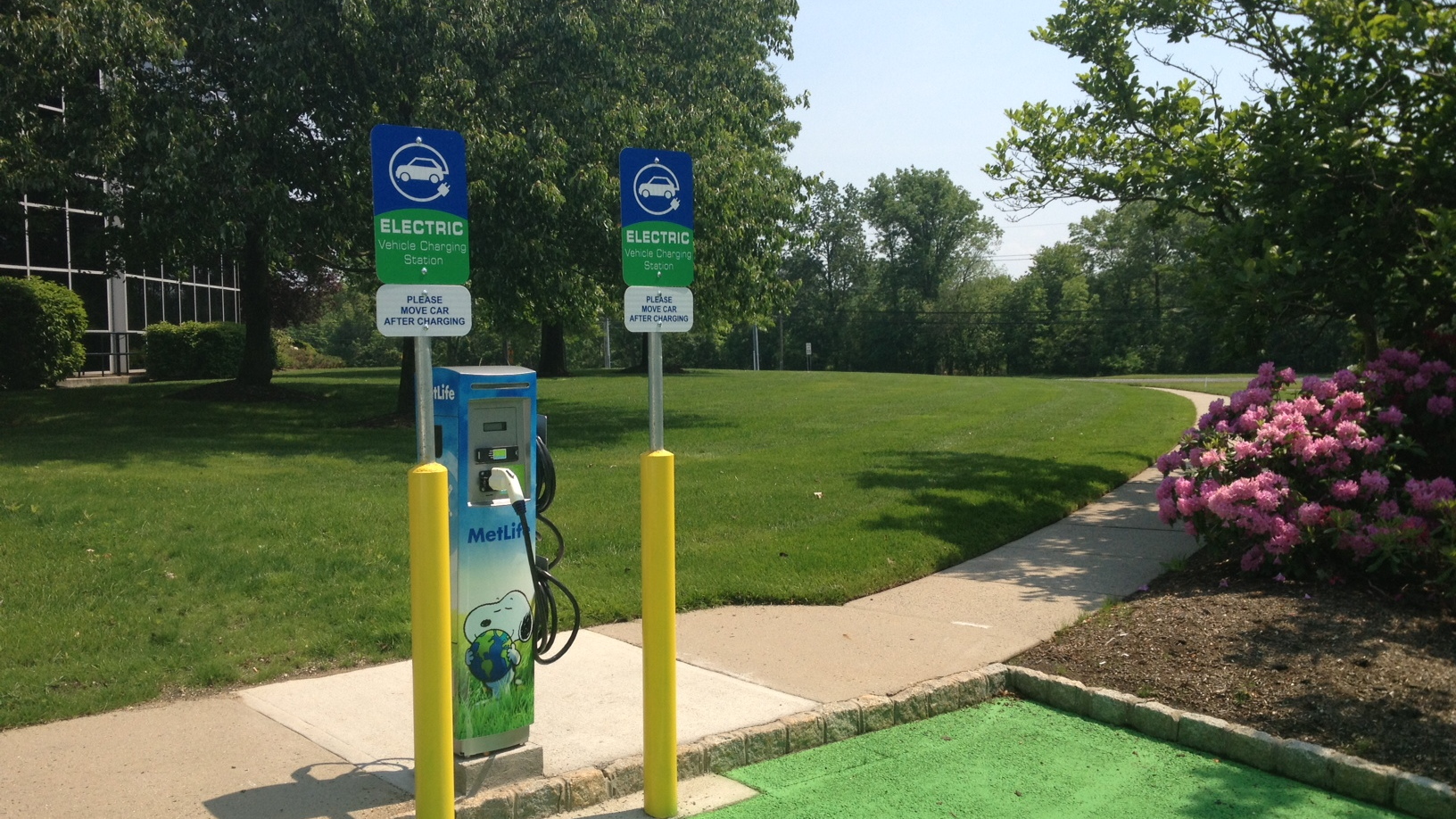 Even Snoopy and the Peanuts gang are getting into electric cars these days.

The long-time mascot of insurance company MetLife adorns dozens of plug-in electric vehicle charging stations the company has installed at every one of its 14 company-owned and operated sites in the U.S.

Two years ago, the company kicked off an initiative to plan and install the charging stations to boost employee awareness of greener driving options that lower greenhouse-gas emissions and cut fuel consumption.

John Chambers, the MetLife vice president who covers sustainability in facilities and services, told Green Car Reports that charging stations offered "a project to get out in front" of those issues and raise the company's profile.

The owner of the first electric car to show up regularly in any of the company's garages contacted his group and asked whether MetLife would be willing to install a few charging stations for use by employees during the workday.

Chambers said that while the first response was negative, the more the company looked into charging stations, the more intrigued his group became.

The end result was a partnership with GE, whose stations are used--and, as the photos show, even Snoopy got into the act.

Today, MetLife has 32 Level 2 charging stations at the 14 facilities it owns and operates.

It may have to look at expanding that number, Chambers said, as some days all four stations are in use at its site in Bridgewater, New Jersey.

"We'll look at it if demand increases," he said, although so far "there's no fifth car that's showed up."

The company is now selectively getting landlords at sites it leases to add charging stations as well.

It has asked the owner of a location in North Carolina to add charging stations as part of its negotiations; in that case, MetLife will occupy the entire facility.

Charging is free for all employees, and the company expects it to remain that way indefinitely.

It did receive a handful of questions from owners of conventional cars about why it didn't provide "free gasoline," Chambers said--but when the goal of reducing emissions and promoting more sustainable transportation was explained, the complaints abated.

A year or so ago, he said, MetLife was told it had the largest single corporate effort to install charging stations at its facilities.

That honor has now likely passed to another company.

Just this month, for instance, Sony announced that it now has 60 charging stations at two Southern California locations: its historic backlot, and its Culver City offices.

It's also worth noting that a recent MetLife TV ad featured a Chevrolet Volt range-extended electric car when it noted that GM is a client of the insurer.

While the spot doesn't show the car plugged in and charging, Lucy Van Pelt does call the Volt a "nice ride."