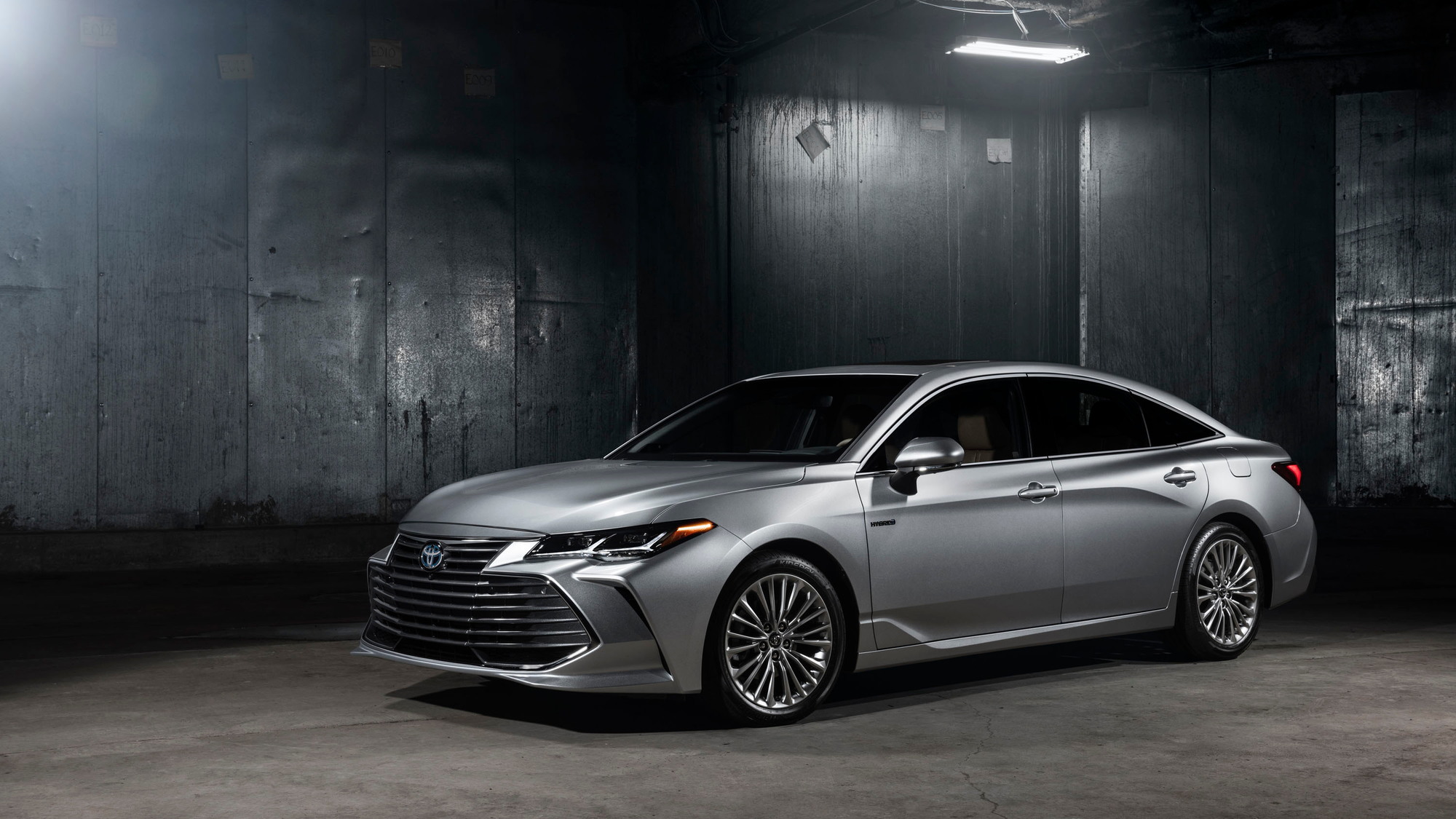 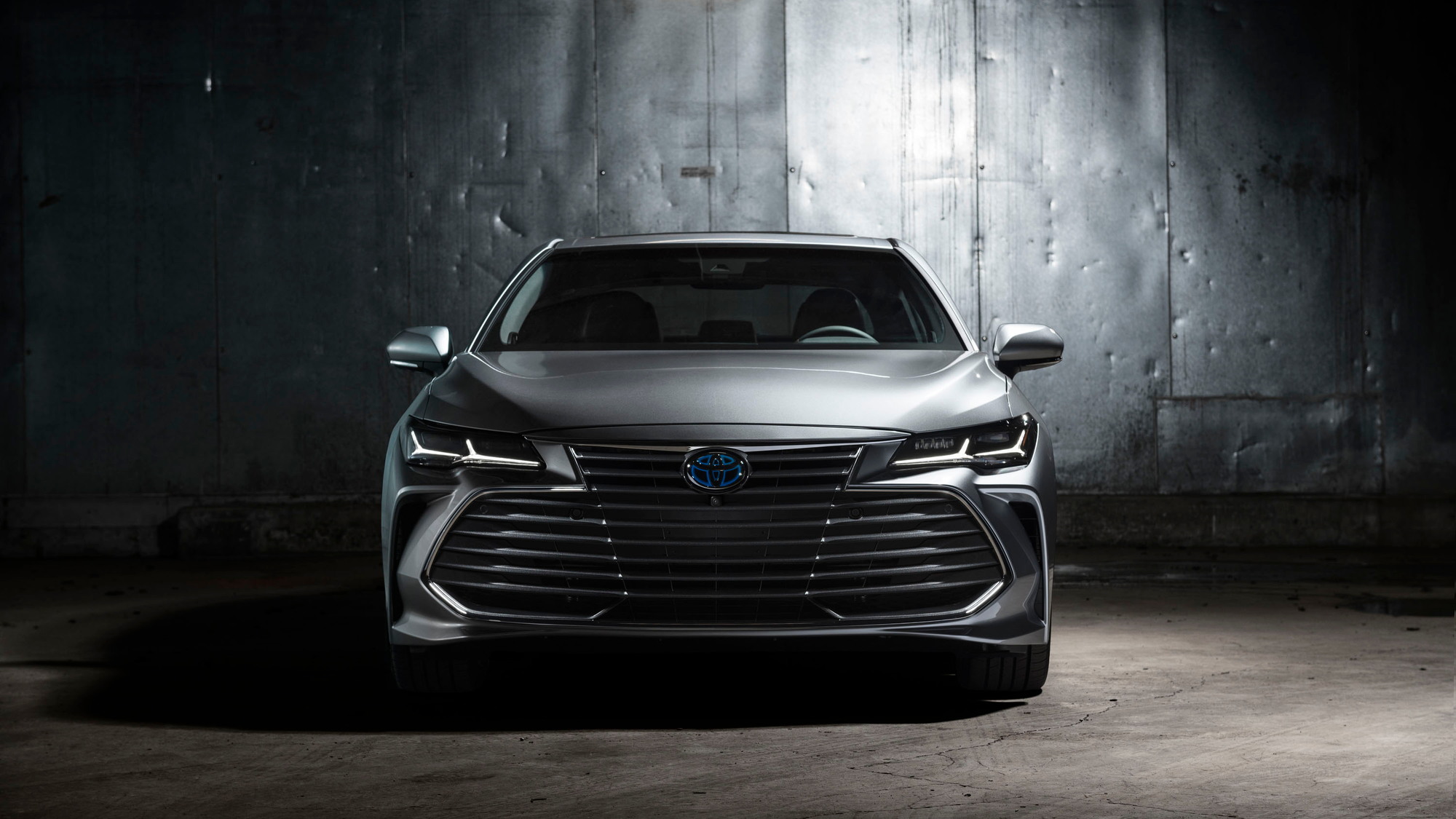 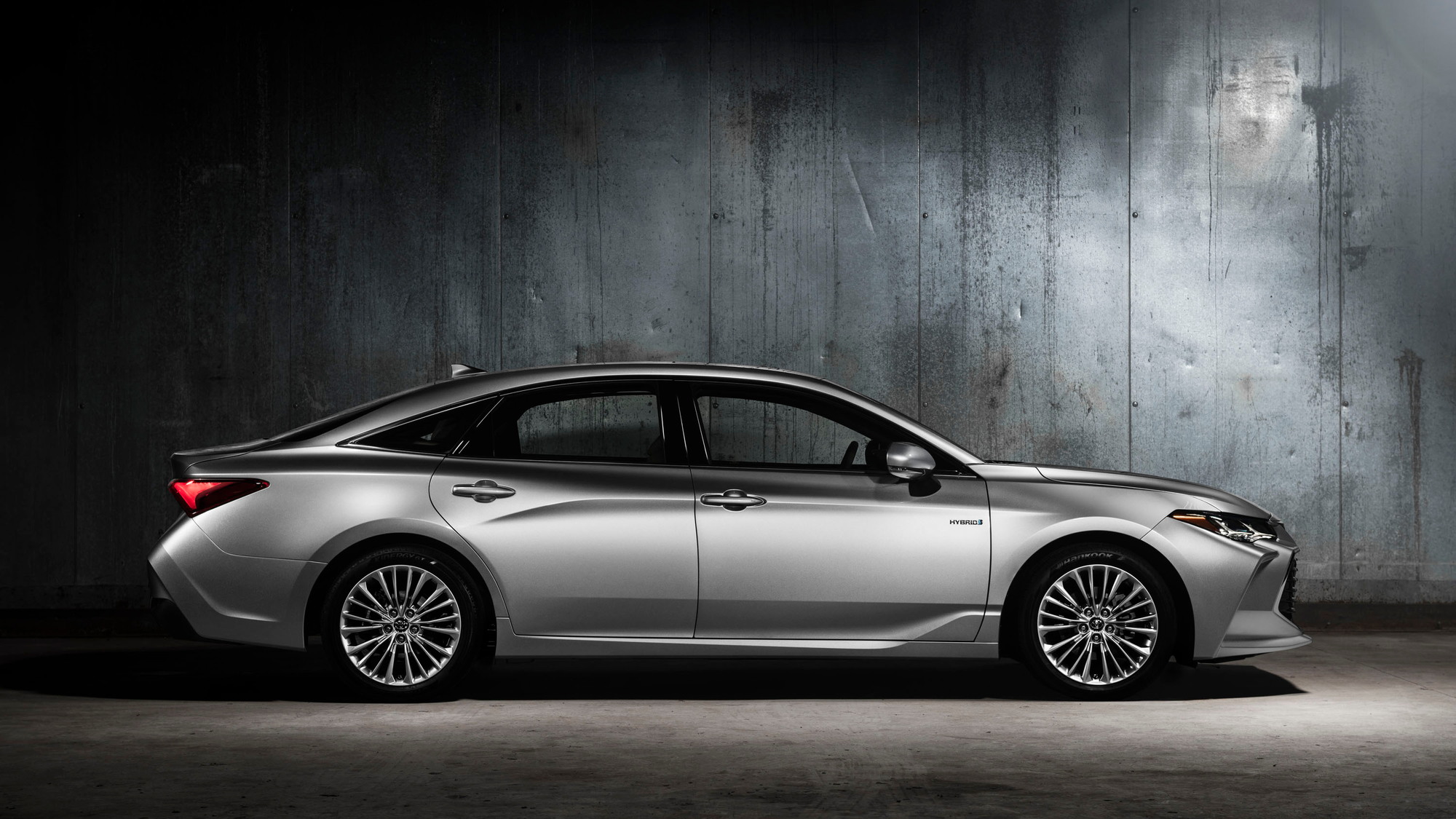 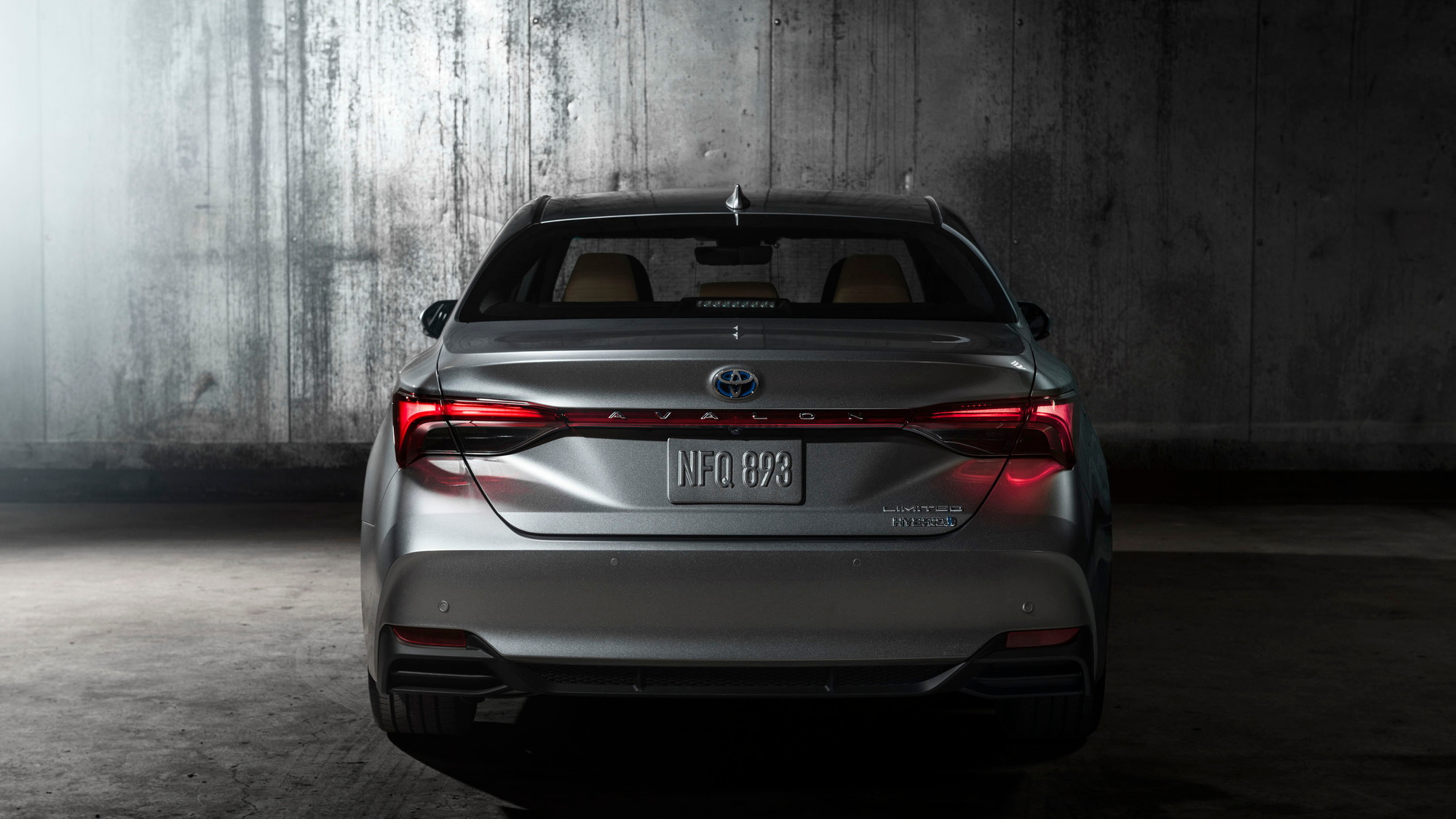 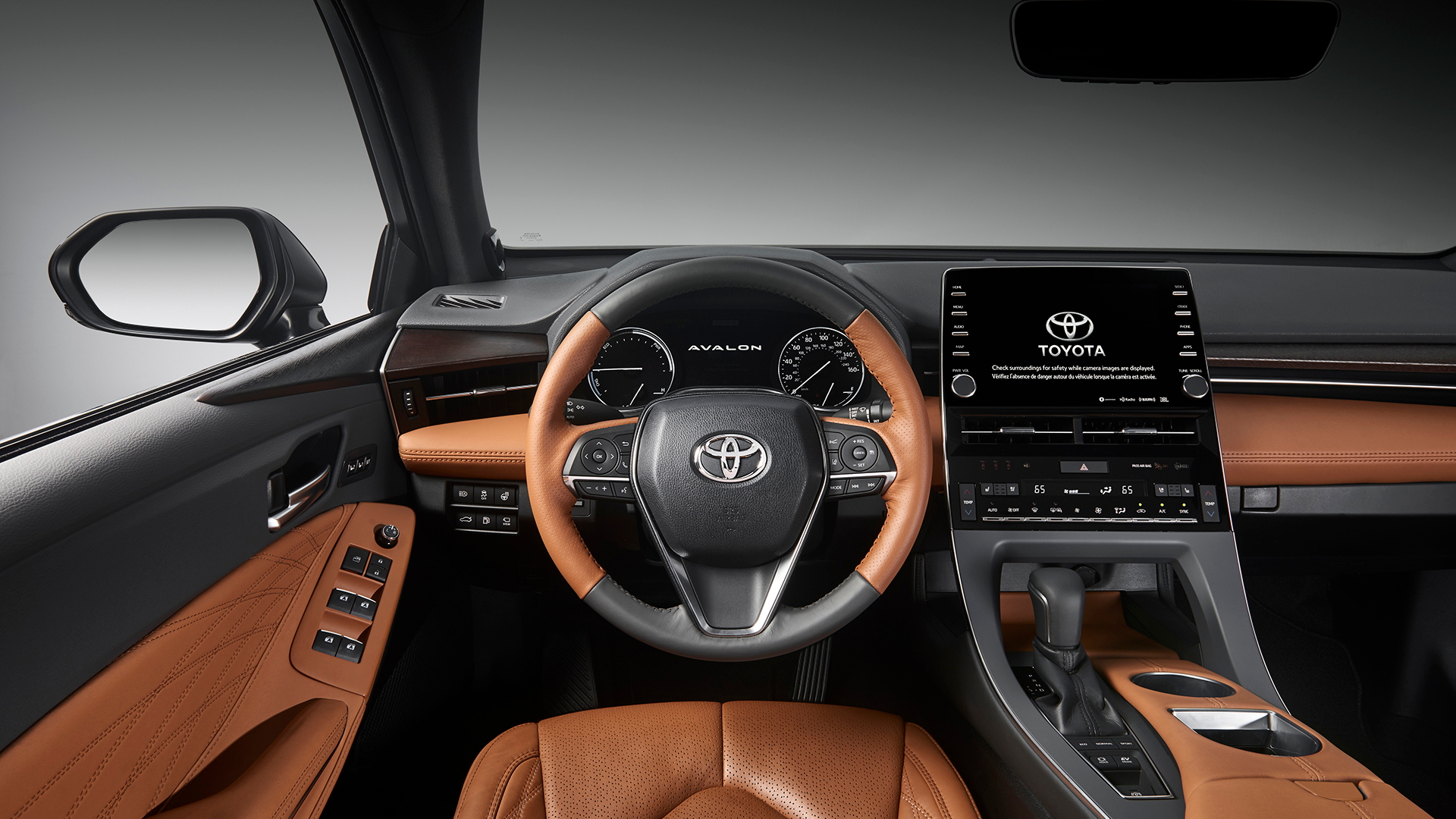 The 2019 Toyota Avalon Hybrid that debuted Monday at the 2018 Detroit auto show goes where no full-size sedan has gone before.

Well, except for last year's Avalon Hybrid, anyway. For 2019, the Avalon rides on a new platform, has updated interior and exterior styling, and comes loaded with an unusually high degree of technology.

It's still the only full-size hybrid sedan on the market. Its nearest competitor? The Buick LaCrosse eAssist mild-hybrid.

Though Toyota is keeping powertrain details a secret for now, the Japanese automaker says that 2019 Avalon Hybrid will use a 2.5-liter inline-4 paired to a 650-volt electric motor.

Like the Prius and the Camry Hybrid, the car's nickel-metal hydride battery pack is now tucked under the rear seat rather than in the trunk.

A continuously variable automatic transmission (CVT) sends power to the front wheels. In the Camry Hybrid, this powertrain is good for a total system output of 206 horsepower.

Toyota promises that the 2019 Avalon will be its most fuel-efficient yet, so its EPA rating will likely best the current model's 40 mpg city, 39 highway, 40 combined.

Toyota will also offer the Avalon with a 3.5-liter V-6 mated to an 8-speed automatic transmission.

The automaker promises more engaging dynamics regardless of engine, but the Avalon Hybrid misses out on an adaptive suspension that's optional on the V-6.

With a 113-inch wheelbase and a 196-inch overall length, the new Avalon is about four inches longer than the Camry and less than an inch longer than its predecessor.

Stylistically, it's a big departure from the current Avalon and it wears its swoopy shape better than the smaller Camry, at least to our eyes. The Avalon's girth affords designers more canvas.

The infotainment system includes a Toyota first: Apple CarPlay. It's also outfitted with a standard wireless charging pad and five USB ports and it can communicate with both Amazon Alexa devices and certain smartwatches.

Bridging the gap between Toyota and Lexus, the Avalon can be outfitted with premium interior decor like Yamaha-sourced wood trim (think pianos, not sportbikes) and soft leather with stitching that wouldn't be out of place in the more daring Lexus LS.

As in the outgoing model, the Avalon comes standard with an especially high degree of safety gear: automatic emergency braking with pedestrian detection, adaptive cruise control, active lane control, and automatic high-beam headlights are standard on all trim levels.

Toyota hasn't yet priced the 2019 Avalon Hybrid, but the automaker says it will arrive in dealers within the next few months.

For all the latest about the few green-car concepts and other updates at the 2018 North American International Auto Show, see our Detroit auto-show news page.