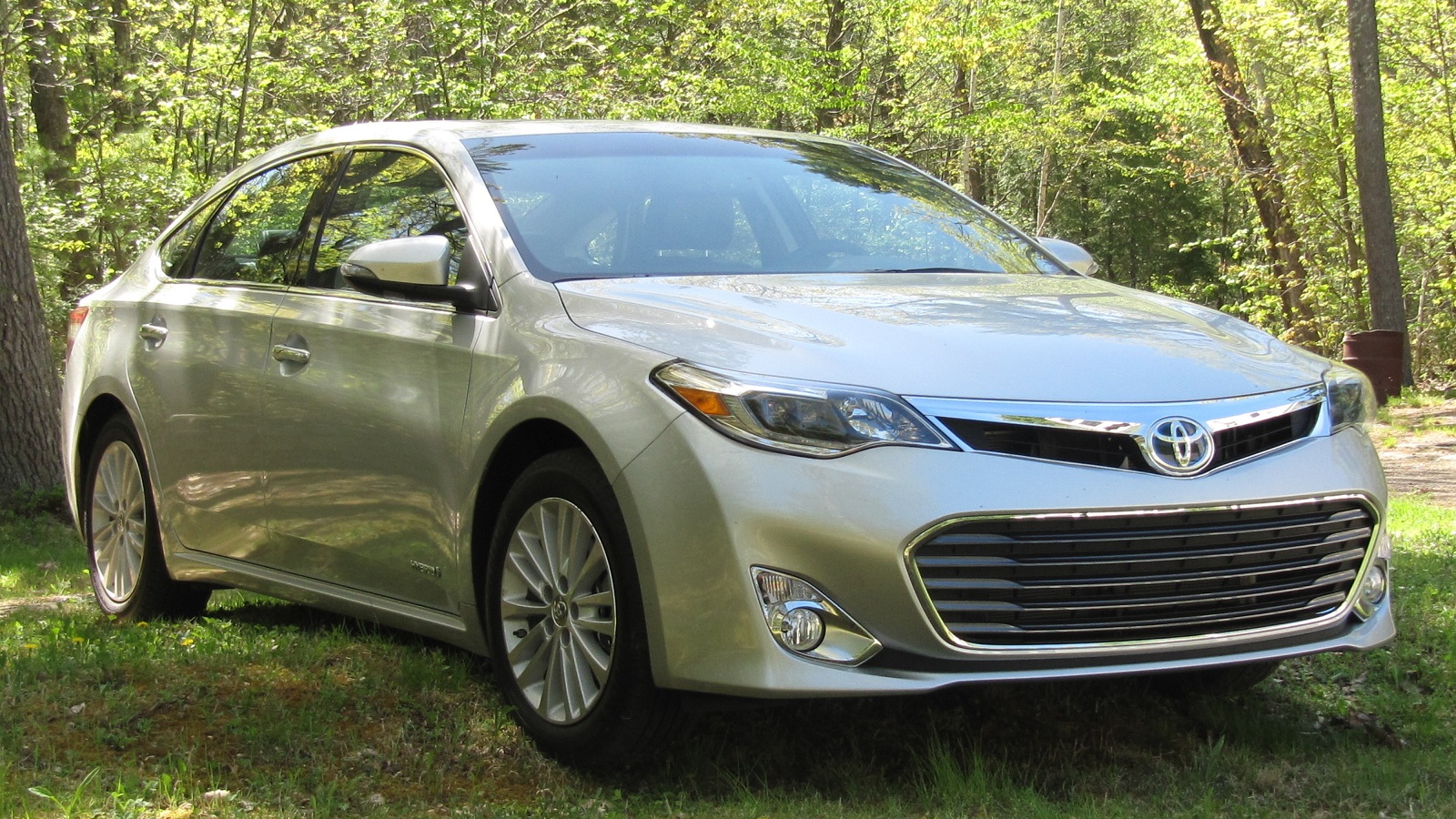 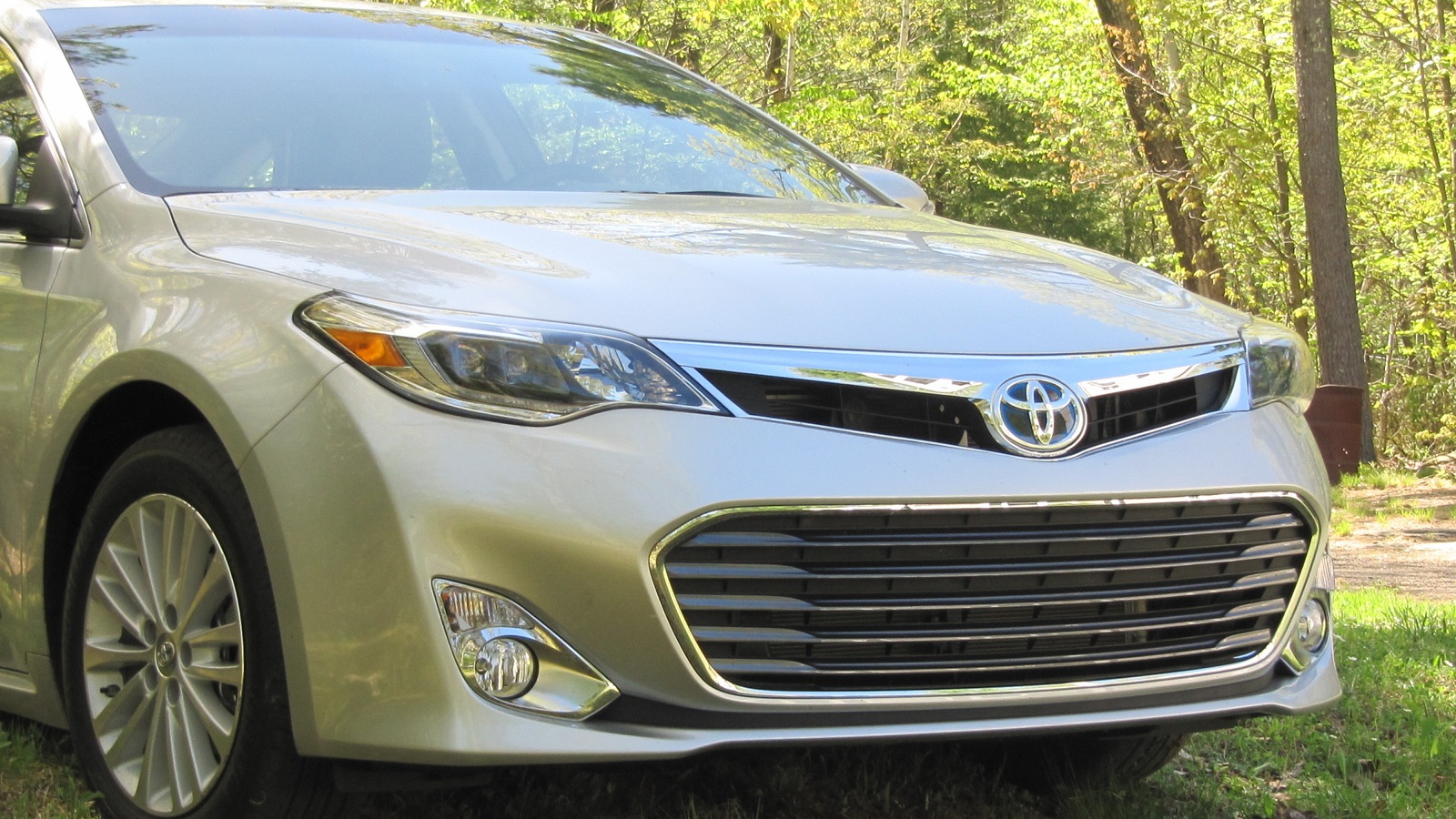 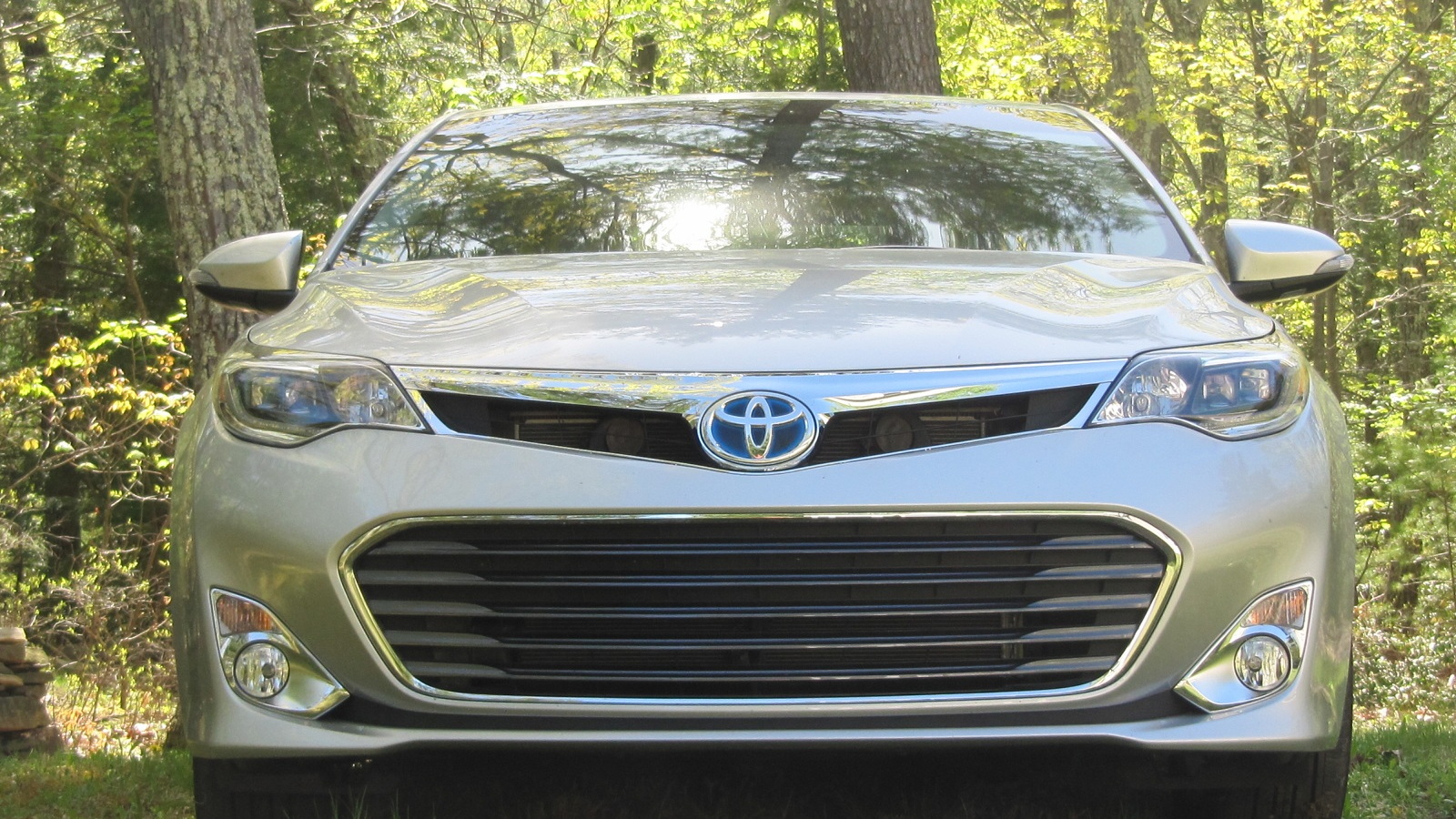 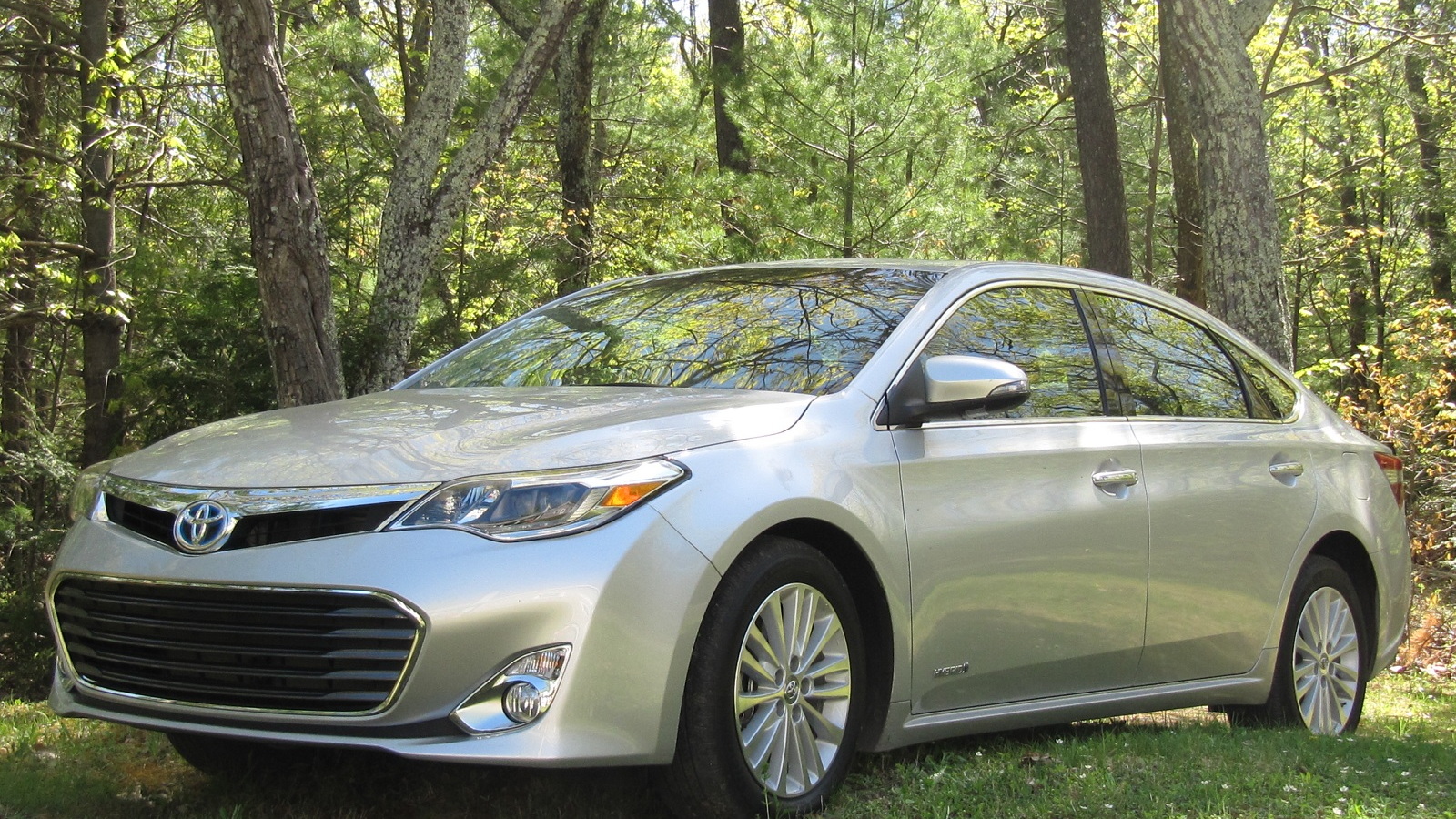 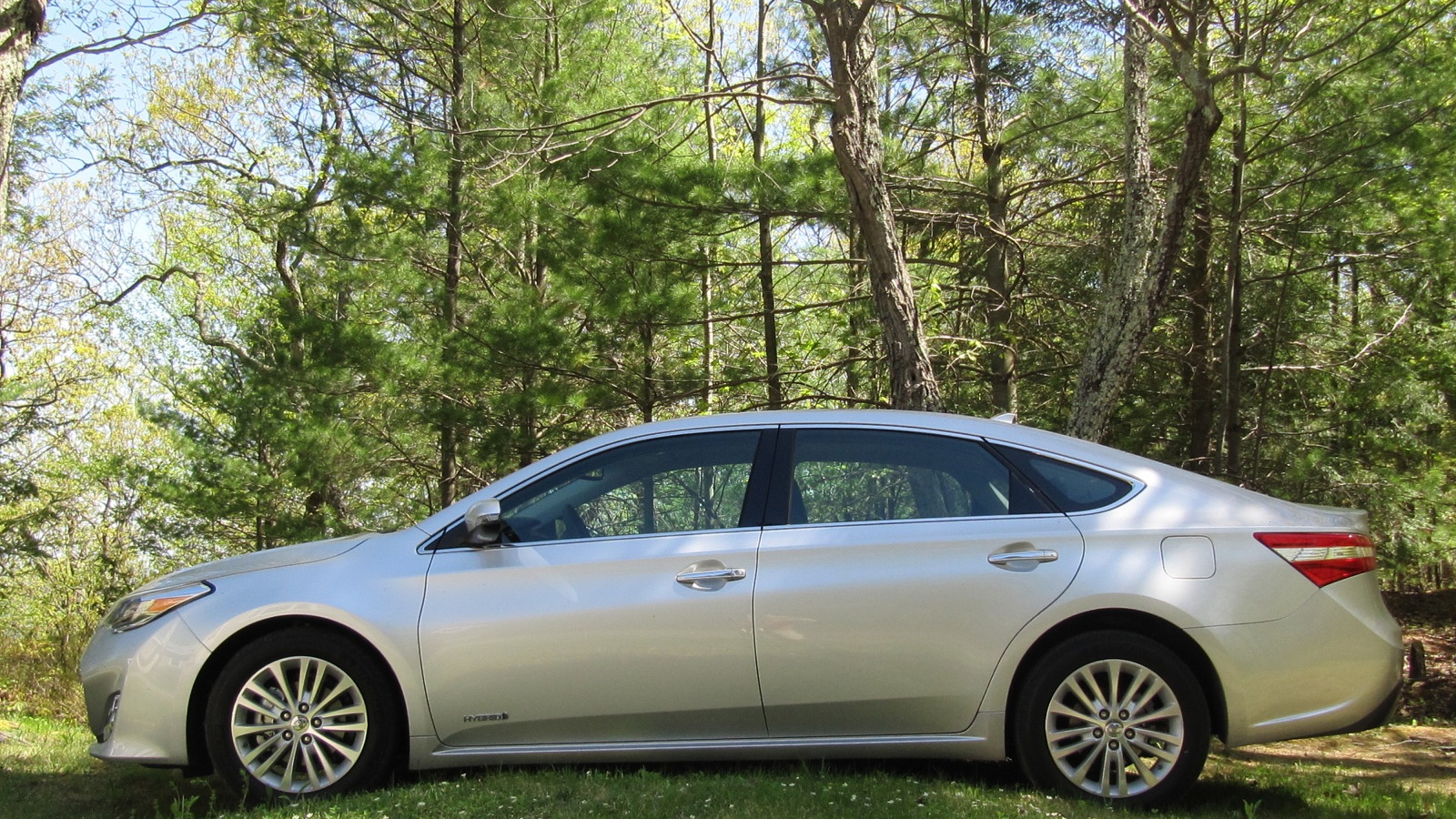 New for 2013, the Toyota Avalon has been radically restyled to give Toyota's largest four-door sedan fresher, more aggressive lines.

To our surprise, the big sedan turned heads in traffic, with a number of people turning to look at it--most likely to try to figure out what it was.

But it's the gas mileage that we were interested in, so we tested an Avalon Hybrid, a new model added to the range this year as part of the all-new third-generation Avalon design.

That's a tad lower than the smaller Camry Hybrid LE, at 41 mpg combined, but the same combined rating as the Camry Hybrid XLE.

On a 292-mile test drive over a long weekend, using our usual drive route of about two-thirds highway mileage and one third around-town travel, Toyota's largest sedan gave us a combined gas mileage of 40.2 mpg.

Which we'd say is pretty darn good for a full-size sedan that weighs 3,600 pounds.

Both the Avalon and the Camry use Toyota's 2.5-liter four-cylinder Atkinson Cycle engine, paired with the Hybrid Synergy Drive system, which contains two electric motor-generators.

The system can power the car on electricity alone, under light loads, and use the electric motors to provide supplemental torque that assists the engine.

The motors turn into generators to recharge the nickel-metal-hydride battery pack using engine overrun and regenerative braking, and they switch on the engine when needed.

Unlike the standard Prius liftback model, the hybrid system in the Avalon has been tuned to permit all-electric running as high as 48 mph.

We found it easy to keep the car in "EV" mode for a mile or more if the road was flat or a slight downgrade, and traffic permitted us to maintain a steady speed.

Speed matters, of course: We noticed that we could easily average 42 mpg around town, but mileage dipped below 40 mpg on the highway.

Overall, the Avalon Hybrid neatly nailed its EPA combined rating on our test drive--unlike some hybrids from other makers.

And it goes to reinforce our impression that Toyota's hybrid system returns real-world efficiency that's pretty close to the EPA ratings that are the only fuel efficiency metric any maker is allowed to publicize.

We did, however, notice a very obvious whine from the car's electronics under certain circumstances, especially on deceleration.

We can't tell if that's because this model is otherwise so quiet and well damped inside, but it was a bit of a surprise--and much more noticeable than in our recent Hyundai Sonata Hybrid or any of the various 2013 Ford hybrid models we've tested. 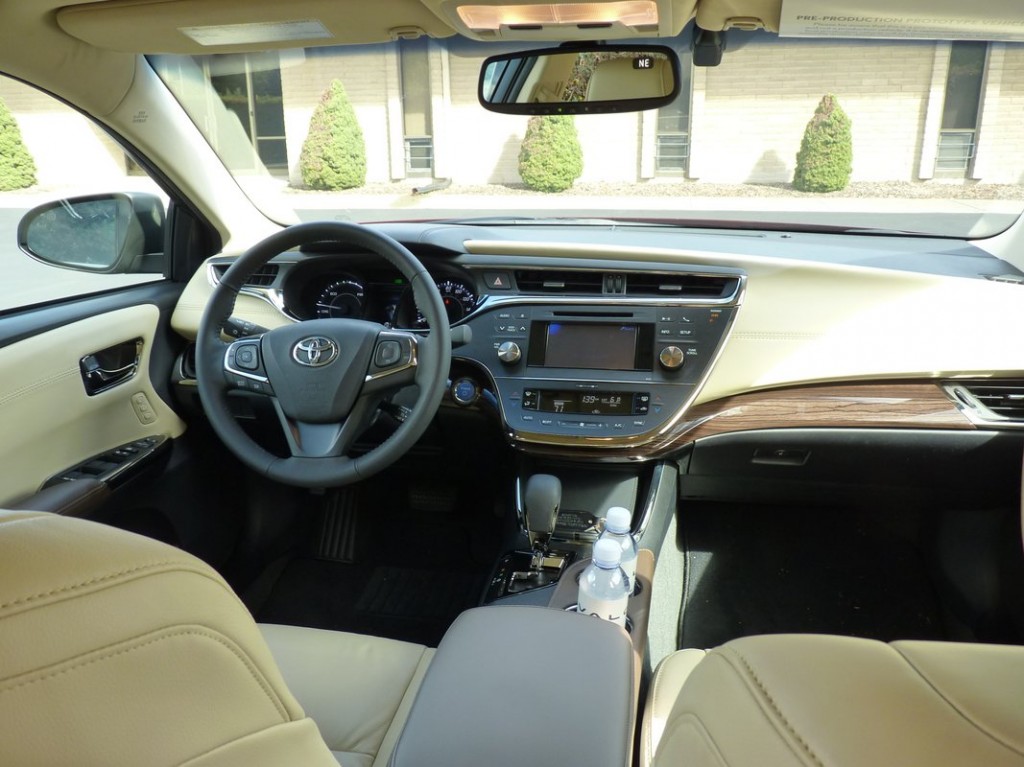 We assumed that the lack of a fold-down rear seat in our Avalon Hybrid was due to the presence of the high-voltage battery pack in the trunk floor.

That turned out not to be the case: No 2013 Avalon offers a rear seatback that folds down, which precludes owners from stowing extra large packages by using a bit of the passenger cabin.

The one exception to the generally calm ride and hushed cabin was that on rough road surfaces and broken pavement, tire noise became extremely obvious--again perhaps because the usual experience in the car is otherwise so quiet.

For more details on the full Avalon line, including options, prices, specifications, and more, see The Car Connection's full review of the 2013 Toyota Avalon.