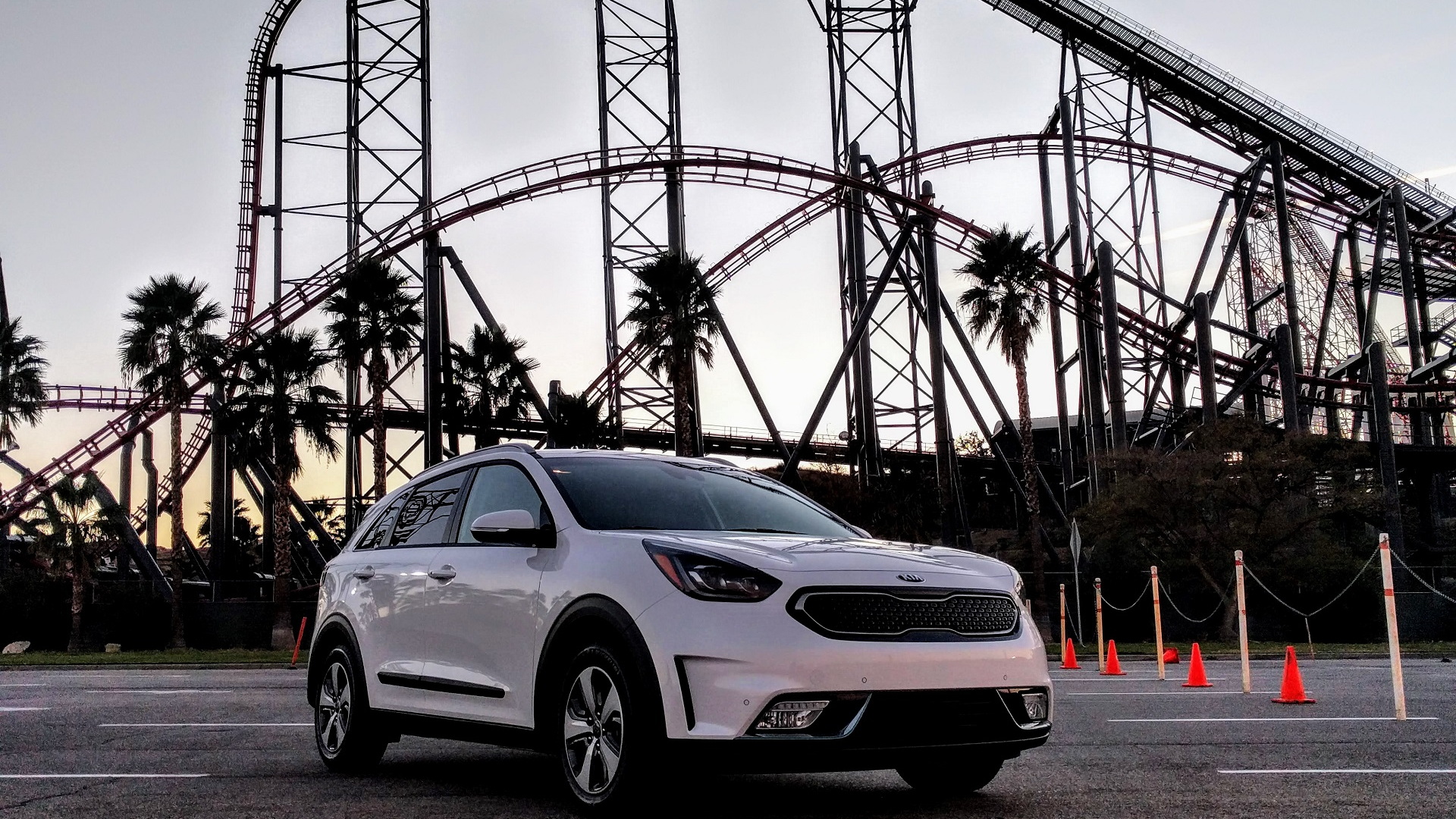 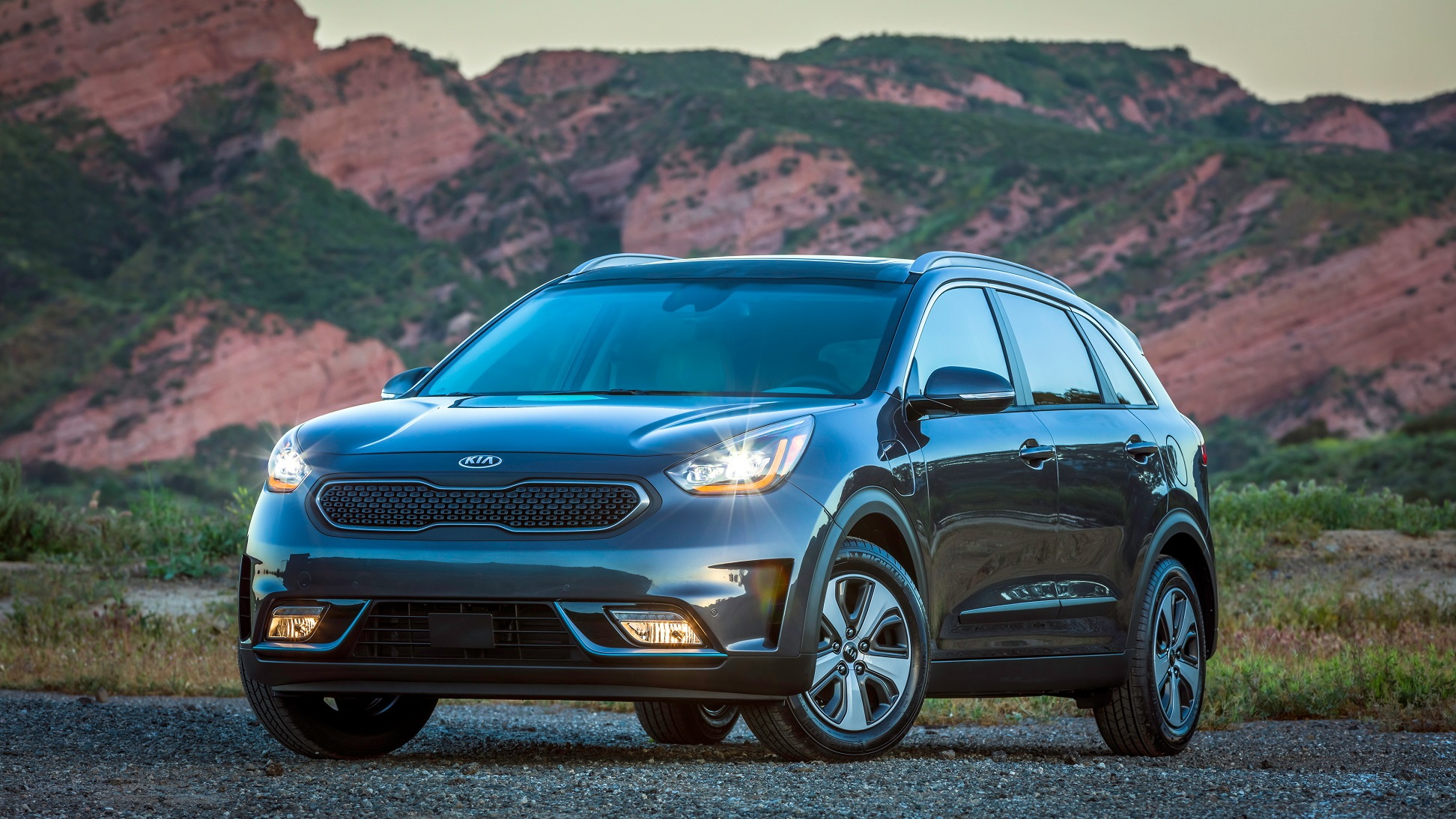 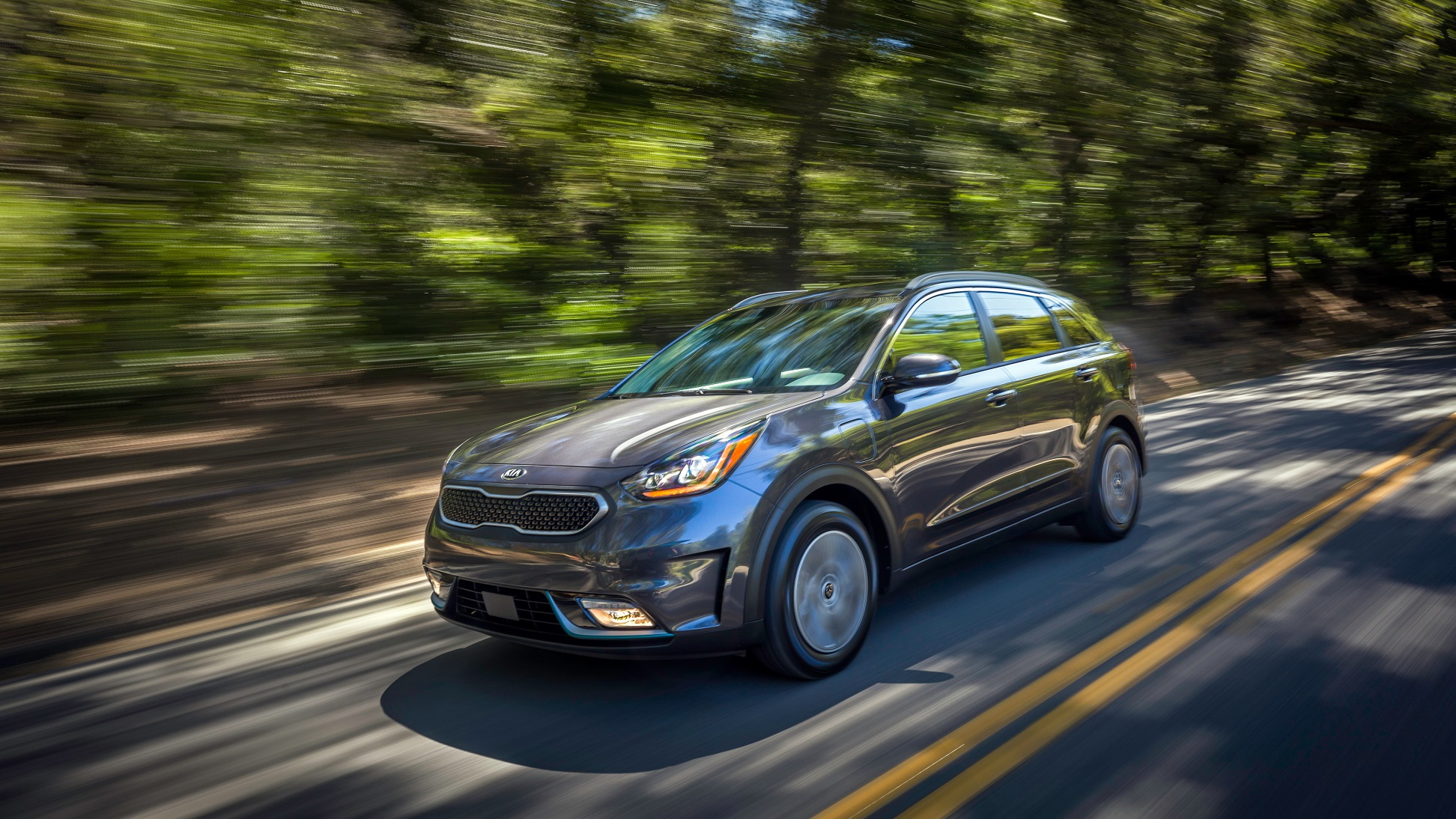 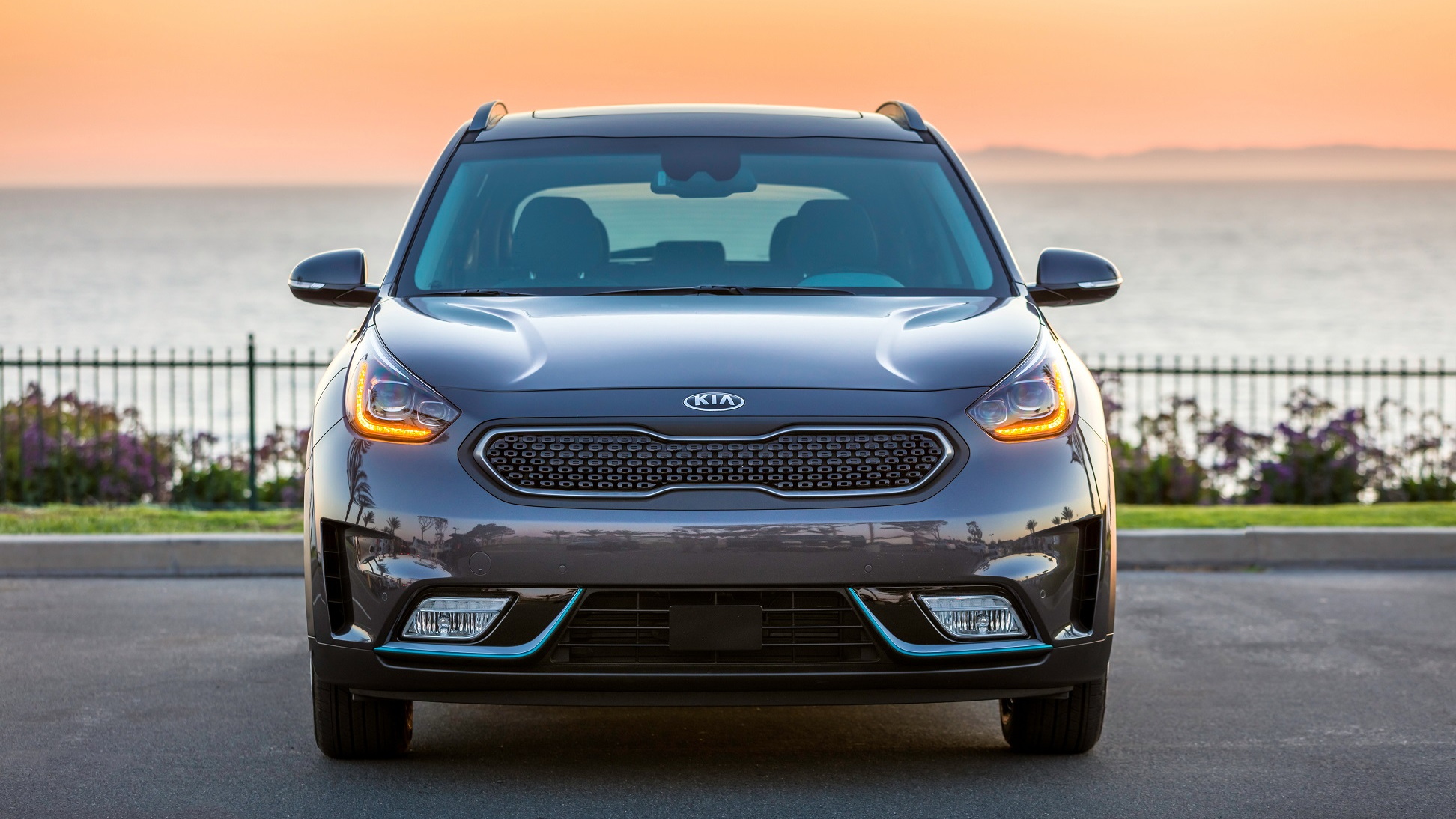 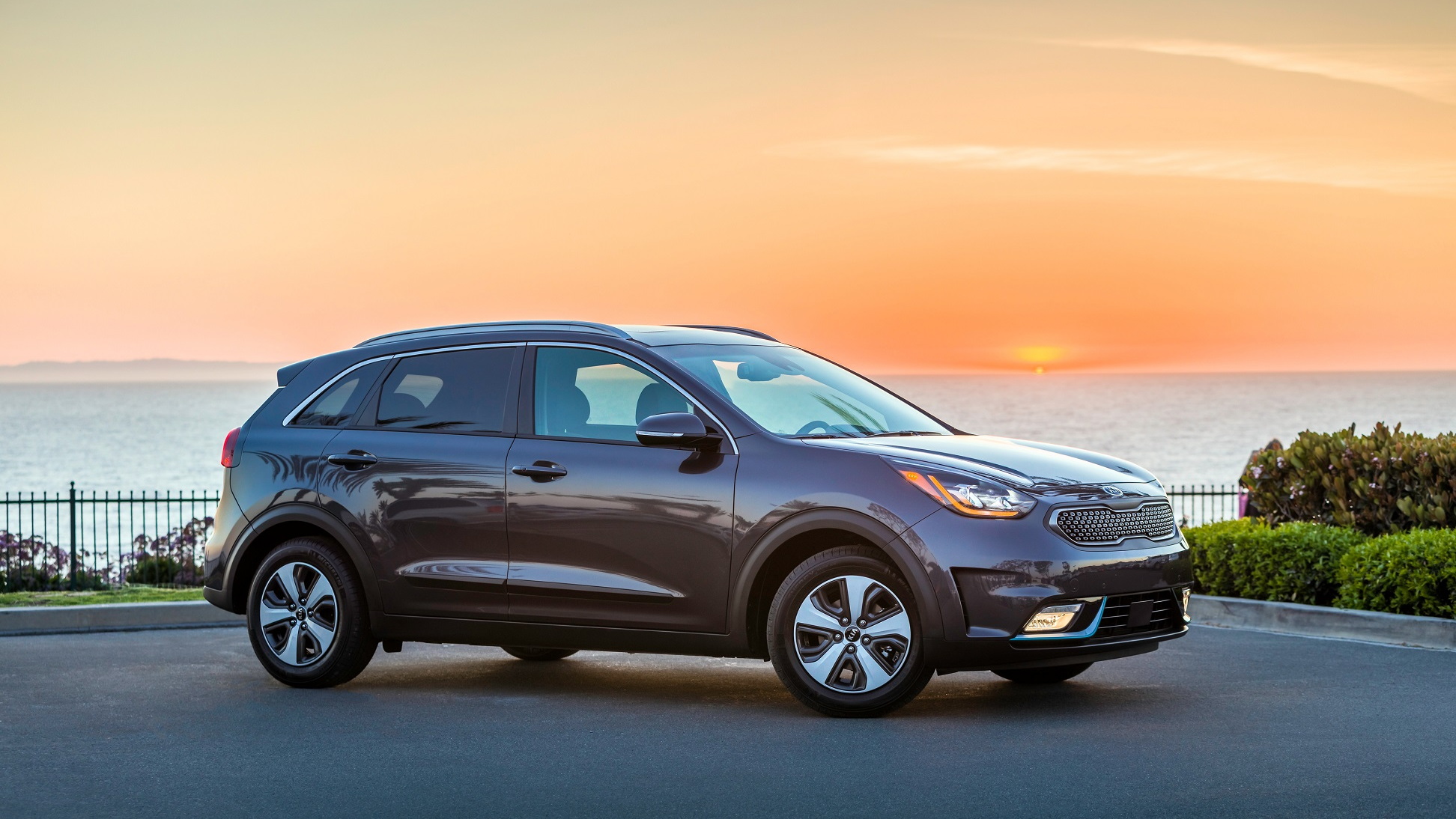 Some plug-in hybrid models are easily distinguishable from the rest of the cars their maker sells.

Others, like the 2018 Kia Niro Plug-In Hybrid, are all but invisible. It takes a sharp eye to see the charging port door on the left-front fender or the trim and badging differences that distinguish it from a garden-variety Niro Hybrid.

We spent 500 miles over two days in California with the new plug-in version of the Niro last week, and came to appreciate it as a total package.

Like the conventional Niro Hybrid, the compact-wagon shape of the Niro is easy to get in and out of, rides higher than small hatchbacks do, holds a decent amount of cargo in its load bay, and has pleasing lines.

Don't be fooled by any marketing you may see: The Niro is not a crossover utility vehicle, no matter what Kia says.

You can't get all-wheel drive in any Niro, though Kia Motors USA executives note that it's a perennial request from North American product planners to the South Korean engineering team.

EDITOR'S NOTE: This article was published on December 18, 2017, and subsequently updated to reflect information on likely pricing of the 2018 Kia Niro Plug-In Hybrid reported by CarsDirect. 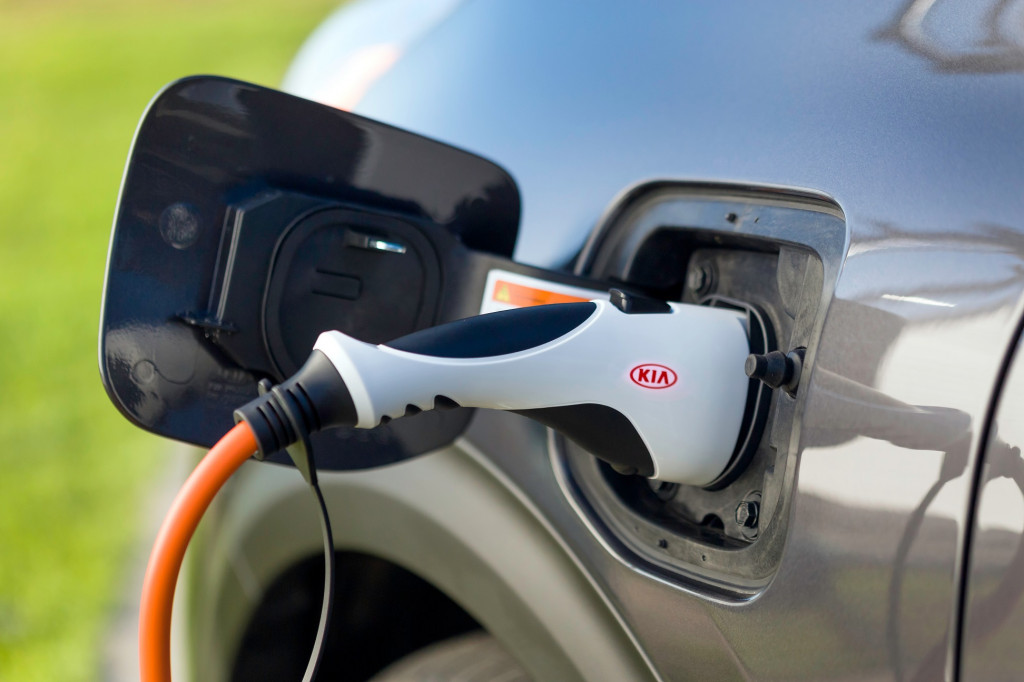 But clearly the shape, whatever you want to call it, is hitting the sweet spot in the market.

Kia has sold roughly two and a half times as many Niros this year as its Hyundai parent company has of the Ioniq five-door hatchback that shares its underpinnings.

So why mess with success? The Niro Plug-In is essentially the Niro Hybrid sold for almost a year with the addition of a larger battery pack, an onboard charger, more power electronics, and that charge port in the front fender.

It's EPA-rated at 26 miles of all-electric range, 105 MPGe when running electrically, and 46 mpg combined once the battery is depleted.

Miles Per Gallon Equivalent, or MPGe, measures how far a car can travel electrically on the amount of energy contained in 1 gallon of gasoline.

Paired up with former colleague Bengt Halvorson, whose 6-foot-6-inch frame was easily accommodated in the Niro, we spent two days on a sort of road trip and scavenger hunt organized by Kia. 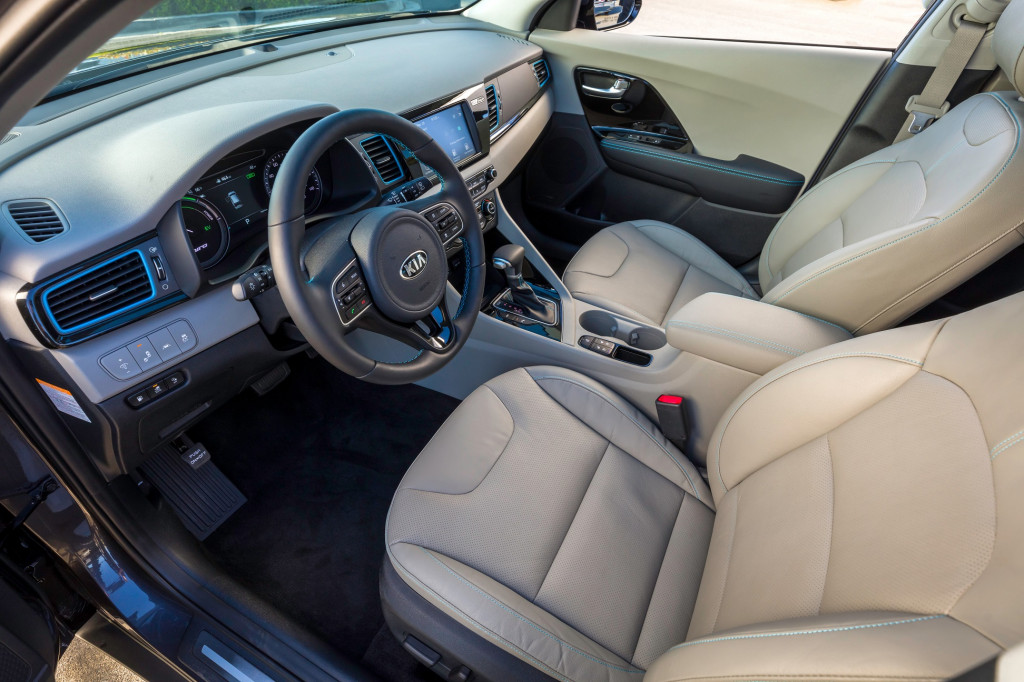 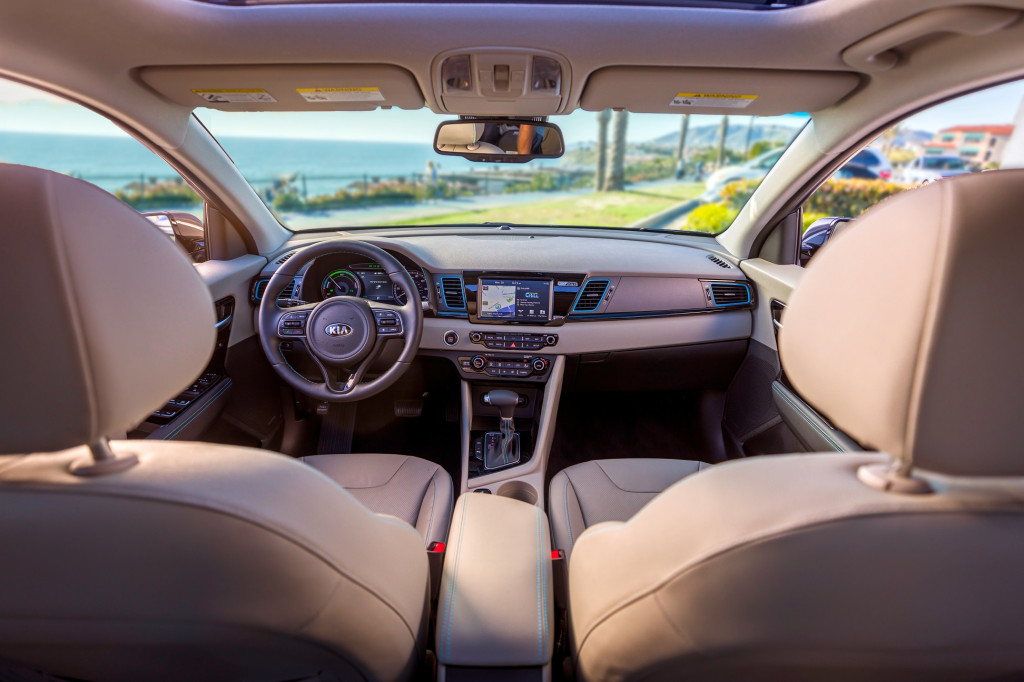 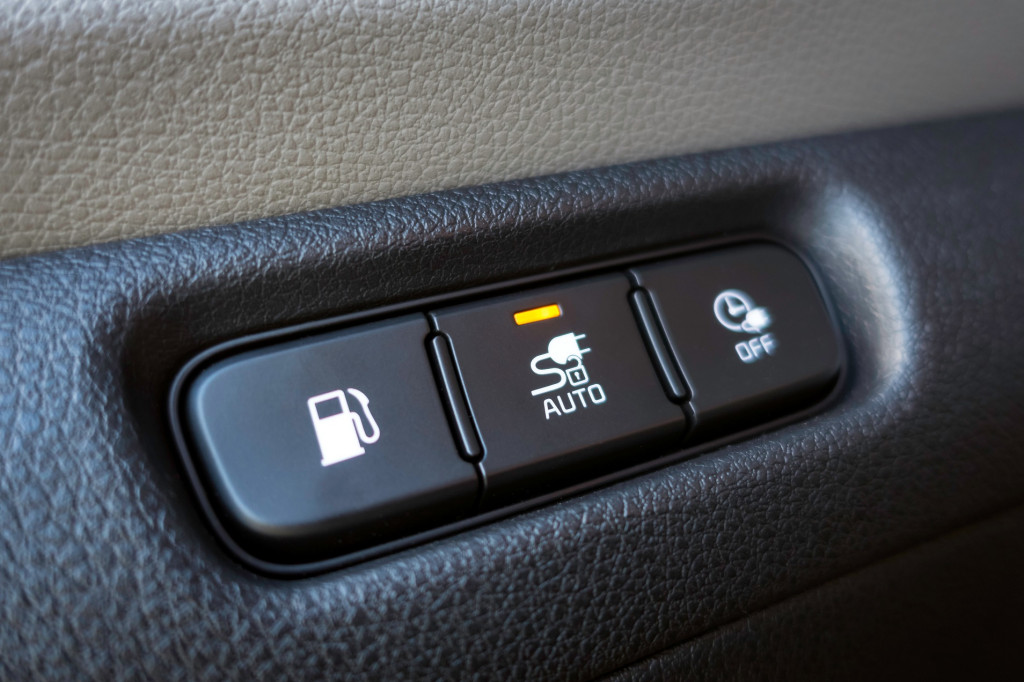 Starting at Kia's U.S. headquarters in Santa Ana, the goal was to find our own route to a hotel in San Francisco while seeing sites and charging the car along the way.

The points system for the competition was generous for each charging stop, so we figured a total of 15 over two days—with a minimum of 5 percent capacity increase at each—would place us among the top finishers.

We weren't even close. One intrepid team trounced us by stopping at 31 separate charging stations over the two-day trip, located through a feature added to the Niro Plug-In's navigation system that would locate the nearest charging stations en route.

In our two days, we found the plug-in Kia wagon to be just what we expected: a Niro Hybrid with more battery and electric-running capabilities.

Overall, the 26-mile range was borne out in a variety of uses, though we should note coastal California had fairly temperate weather last week, with lows overnight dipping only into the 40s F.

Despite the much larger battery pack, the plug-in Niro has essentially the same interior volume and cargo capacity as the regular hybrid model. 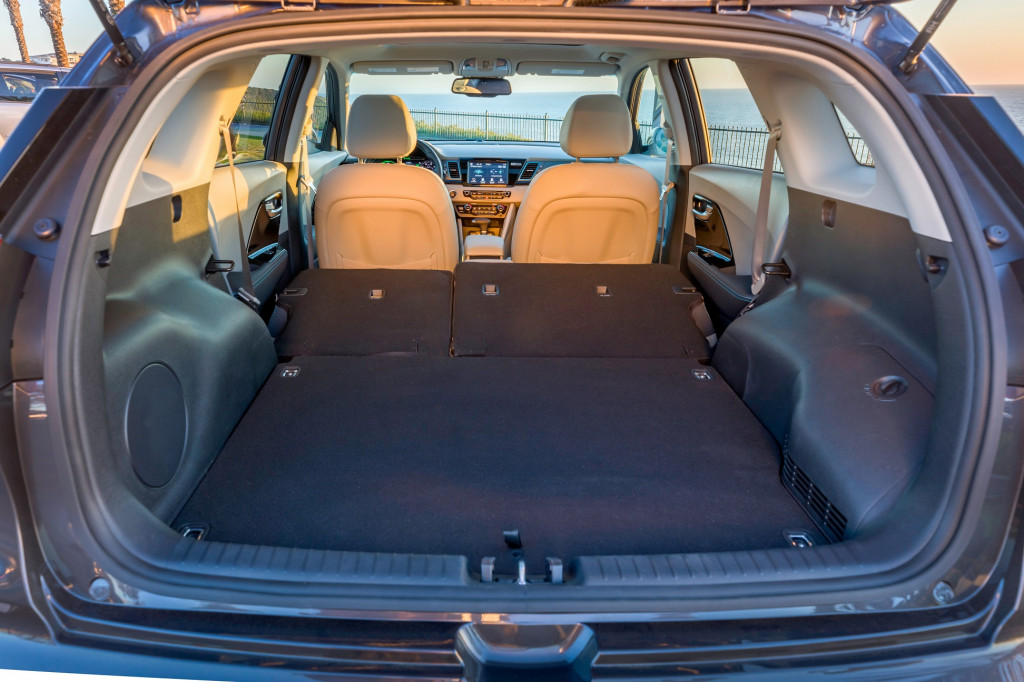 That battery pack, whose extra capacity is tucked under the cargo area, has a capacity of 8.9 kilowatt-hours, using LG Chem cells.

Only a slight under-seat protrusion behind rear-seat riders' shins indicates the larger battery accommodated under there, and we didn't notice it until Kia pointed it out to us.

The plug-in Niro's powertrain carries over from the conventional Kia Niro hybrid, with a 103-horsepower 1.6-liter 4-cylinder engine and 6-speed dual-clutch automatic-shifting gearbox that sandwiches the electric motor. 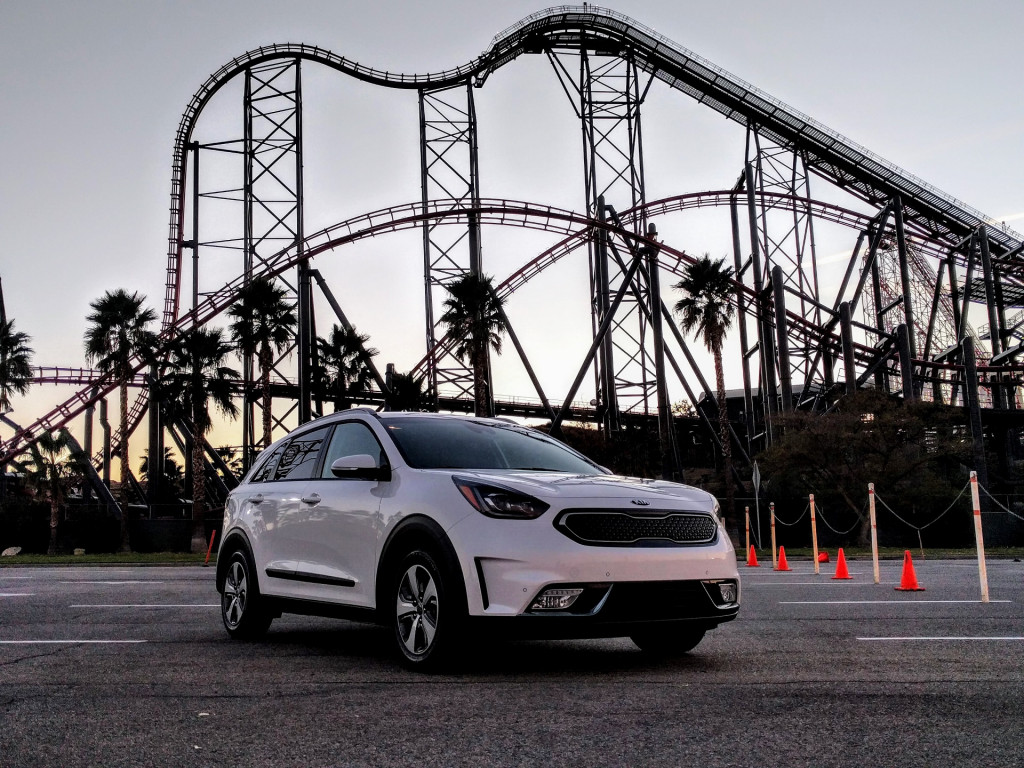 We found that both versions of the Niro were remarkably similar behind the wheel, with the engine kicking in under anything more than medium acceleration.

A slight detent in the accelerator travel, however, will keep the car at the top of its electric-only performance.

In a number of cases, that wasn't enough to meet the demands of traffic, and the engine switched on for a minute or two—though sometimes much less if the catalysts had already warmed up.

The Niro Plug-In still spends much of its time in electric mode, even on highways, and we were able to regenerate a few miles of electric range by modulating the regenerative brakes on a long downhill stretch of highway.

Kia points out that the total range of the Niro is rated at 560 miles, and with only a single full recharge of the battery overnight at our hotel (and lots of fractional recharges!), we didn't have to buy gas at all during 500 miles of high-speed and sometimes aggressive driving. 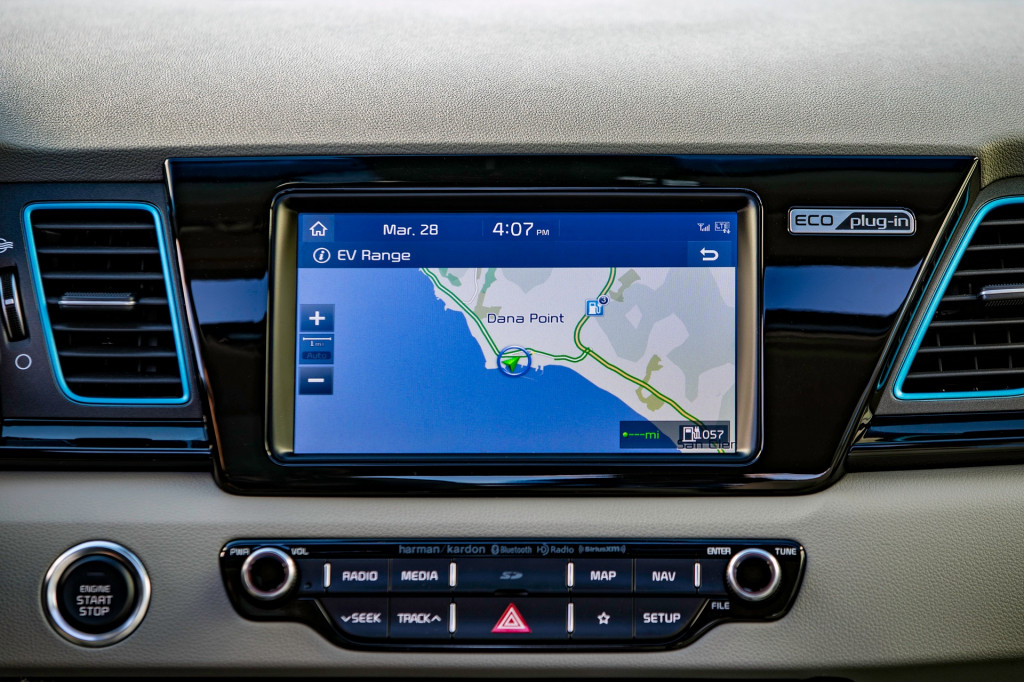 All versions are eligible for a $4,543 federal income-tax credit, state purchase rebates of $1,500 in California and $2,000 in New York; and various other regional and corporate incentives.

That means it included leather seats, a power-adjustable driver's seat, a 7.0-inch digital display between the two gauges in the instrument cluster, a heated steering wheel, an 8.0-inch touchscreen infotainment system with navigation built in. 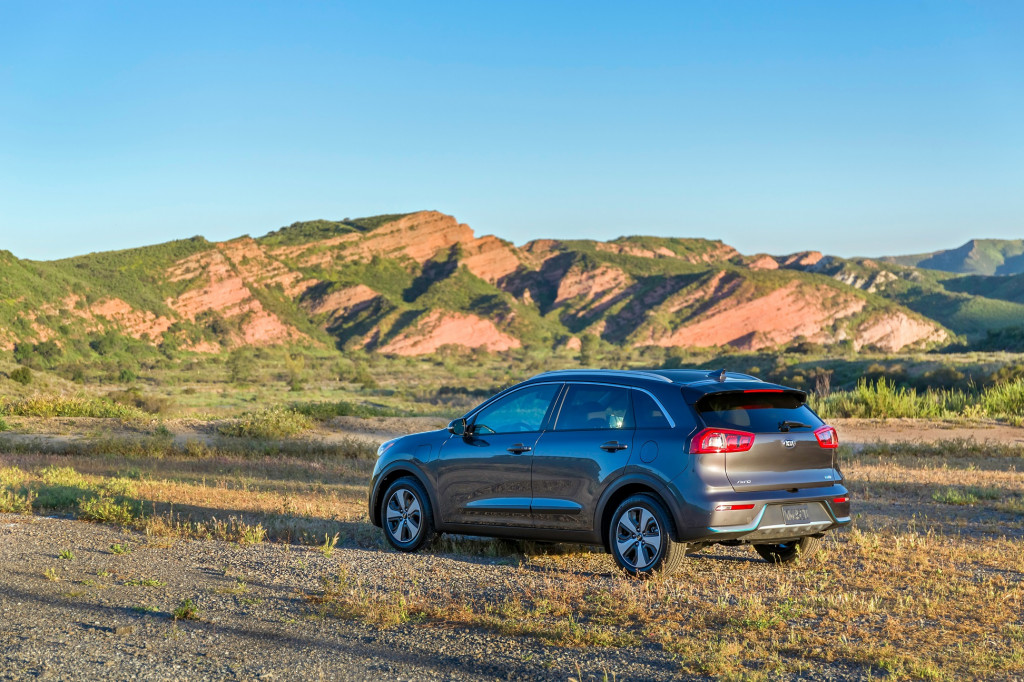 Prices for the plug-in Niro will be released any day now, and the first cars are expected at some Kia dealerships before the end of the month.

UPDATE: While we have not received official confirmation of Niro Plug-In pricing yet, CarsDirect reports that dealer documents indicate it will start at $28,840, including the mandatory destination charge, for the least expensive model.