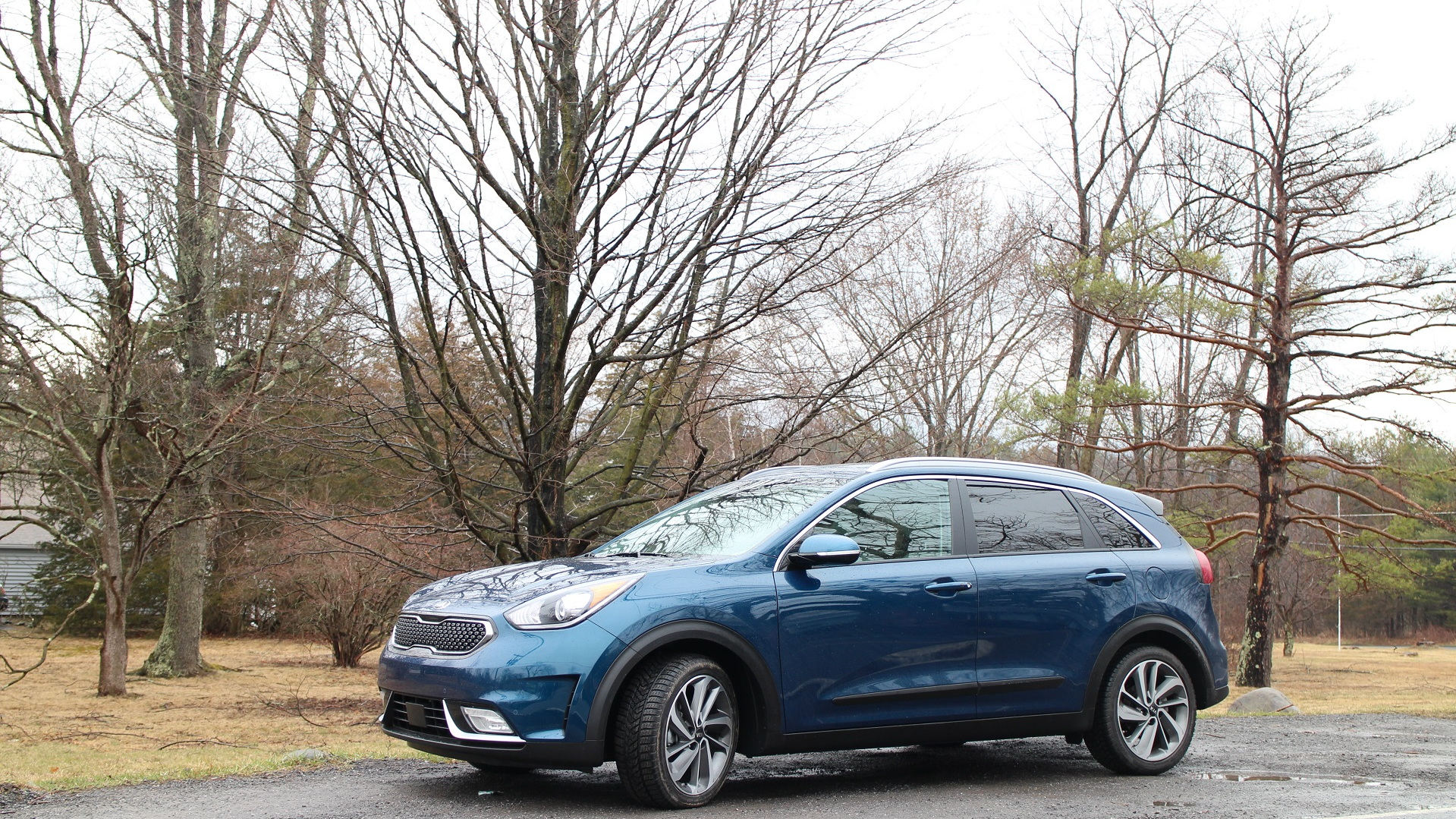 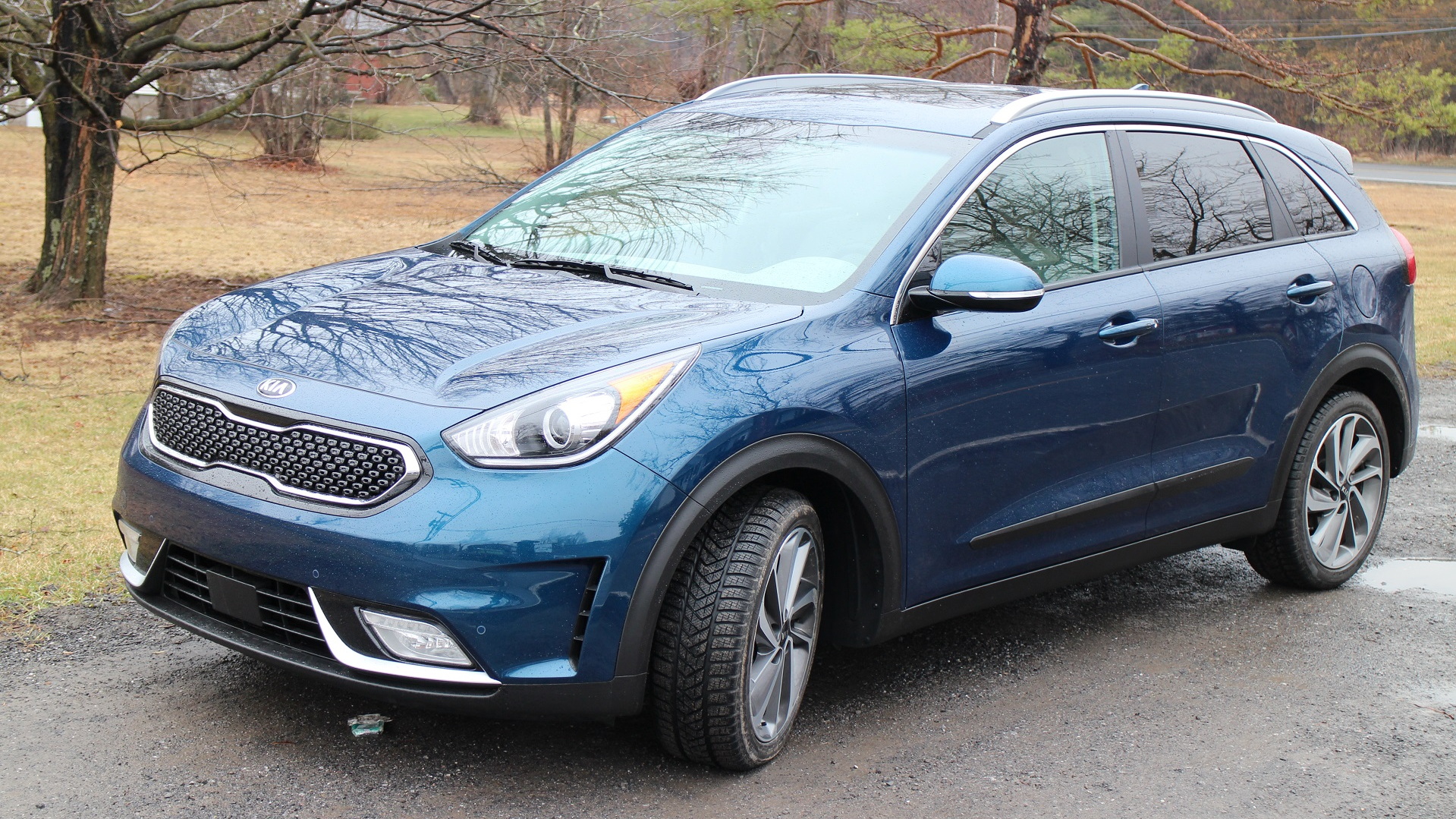 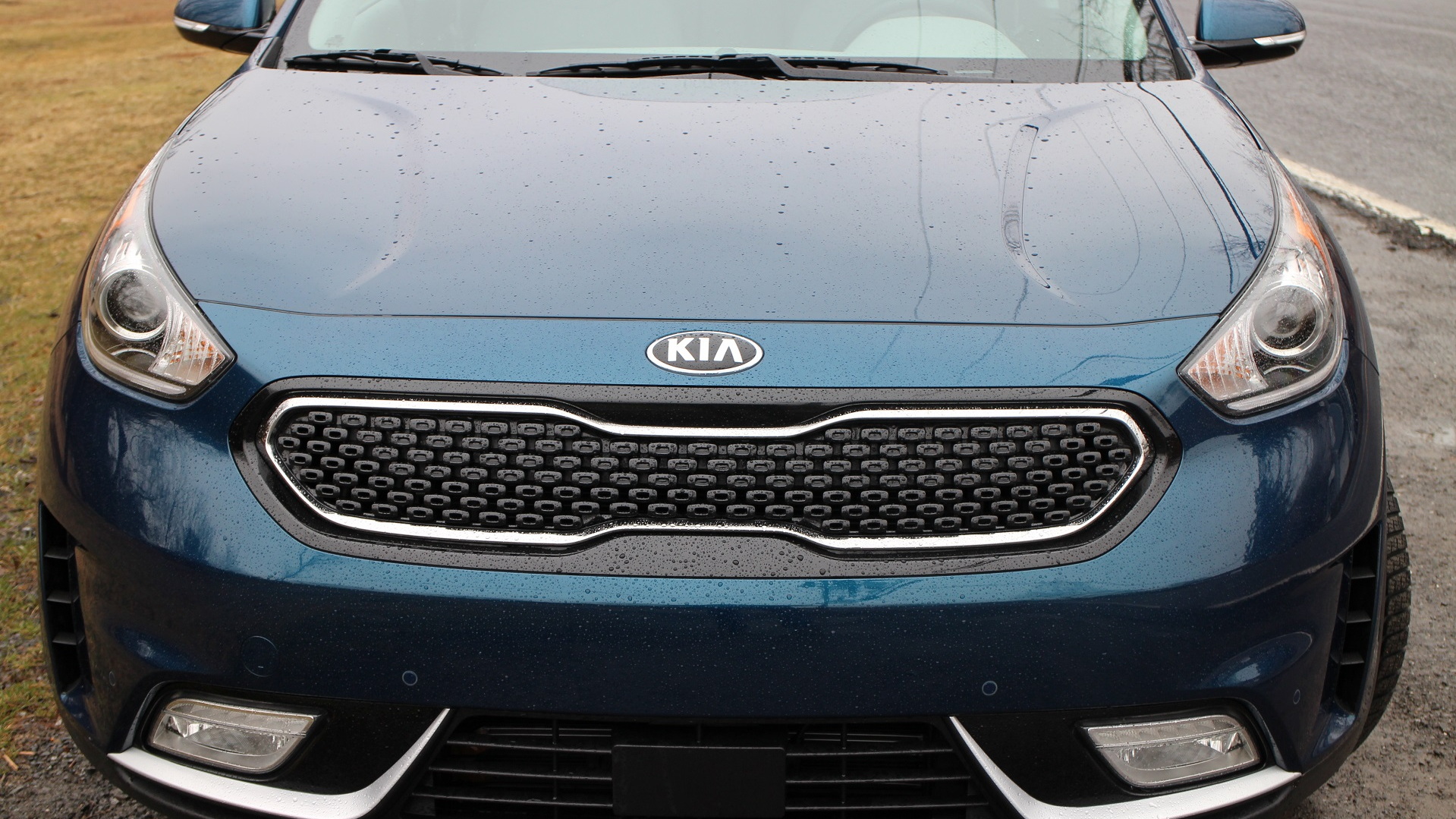 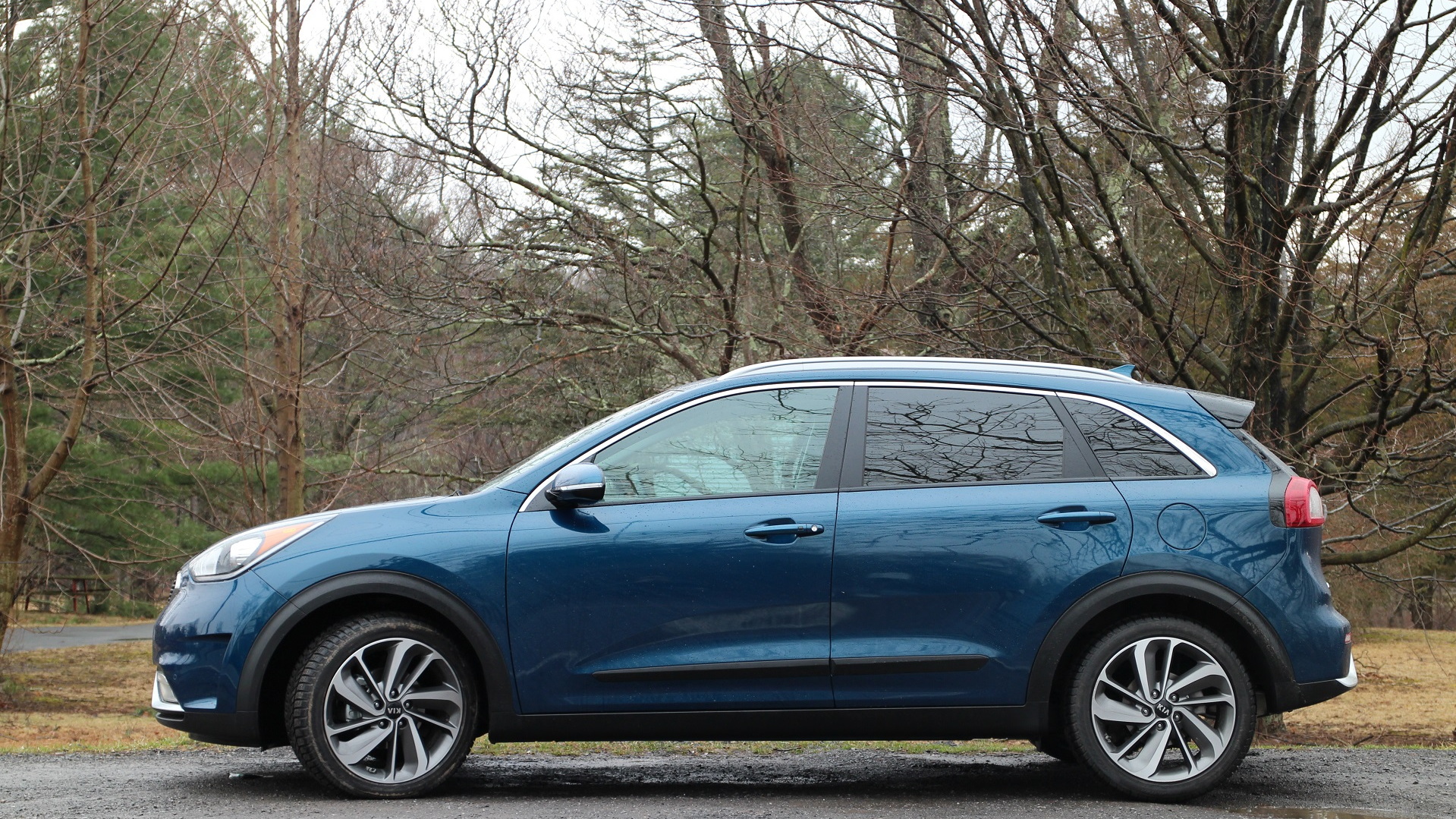 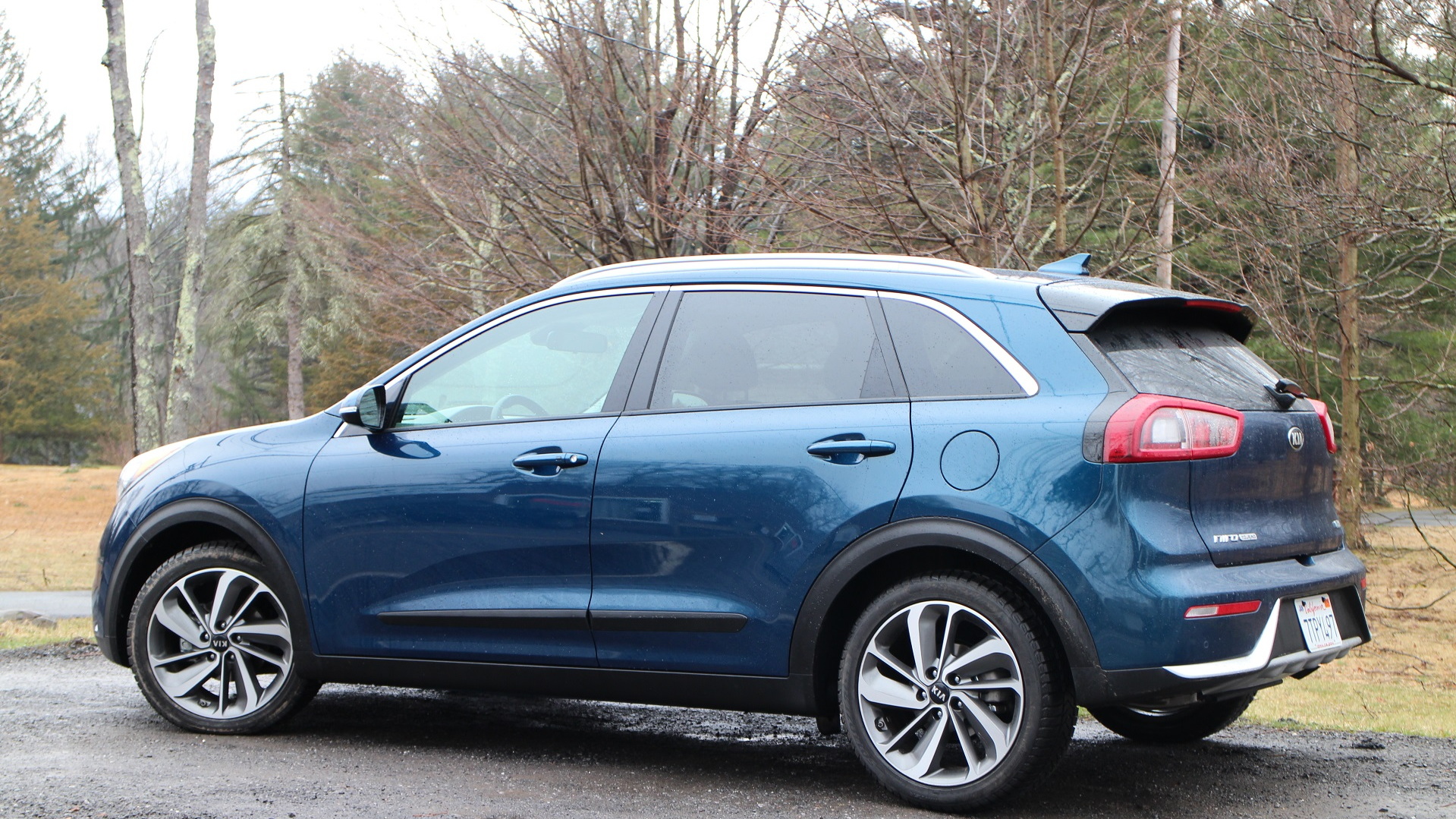 However you choose to view the 2017 Kia Niro hybrid—Kia says it's a crossover utility, we call it a wagon—it's a good-looking and relatively capacious small car.

The debate over segments comes because the Niro has neither the ground clearance of a utility vehicle nor available all-wheel drive, making it more of a wagon or "square hatchback" to us.

After our first drive last December, we've now been able to spend several days and 545 miles in a Niro to get a sense of what it's like to live with.

Unusually for the Northeast, temperatures varied from 12 degrees F to 53 degrees F during our time with Kia's newest hybrid.

Still, it was clear that the car's gas mileage seemed slightly lower than it might have been in more temperature weather—a common occurrence with hybrids, which usually lose 2 mpg or 3 mpg in cold temperatures.

Over 545 miles, we achieved 35.9 mpg combined, as indicated on the car's dashboard display. That likely reflects our particular drive cycle, which had more highway miles this time than our usual two-thirds highway, one-third city split we generally have.

Rounding up to 36 mpg, that's 10 percent lower than the 40-mpg highway rating, which is within the range of variation

While the Niro is more economical on the highway than most cars its size, the effect of stored energy in the battery is lower at high speeds than it can be in city and suburban usage.

For the record, we kept the Niro entirely in the standard "Eco" mode, rather than using the considerably quicker "Sport" mode that keeps the engine on and uses the hybrid system more as extra boost than for electric-only running.

On the other hand, we found the Niro's slow acceleration less irritating in upstate New York than we had in faster-moving Texas traffic during our test drive in San Antonio.

We liked our Touring edition Niro, which had a comfortable pale grey and black interior with a few upscale touches like blue dashboard accents and contrasting stitching in the upholstery.

Rear seat space isn't huge, but the load bay proved useful and accommodated a variety of items (as long as they weren't too tall) despite its relatively high cargo floor.

As always, Kia's interior layout and controls are straightforward, easy to understand, and intuitive.

Clever storage abounds. Two examples we liked: a slot sized perfectly for the key fob, and a flat tray with a rubber mat at the front of the console for flat smartphone placement that has a little rubber ridge to hold a pen in place as well.

Behind the wheel, the Niro is one of the better hybrids to drive. All hybrids have improved considerably over the past few years—the latest generation of Toyota Prius is the case study there—but Kia has succeeded in making a "normal" driving experience.

Combined with good noise insulation, it's possible that drivers could climb into the Niro and not know it was a hybrid.

The shape and badging won't give away much, either.

Our Niro Touring had the largest alloy wheels and a variety of niceties like a power driver's seat, and heaters for both the front seats and the steering wheel (which we used on the coldest of days).

It nods to minimal energy usage with the "Driver Only" button for the heating and cooling system, which directs hot or cold air only to the driver and leaves the rest of the car to catch up slowly.

We didn't get a window sticker with our test car, but the top-of-the-line Touring model starts at just over $30,000 including a mandatory delivery fee.