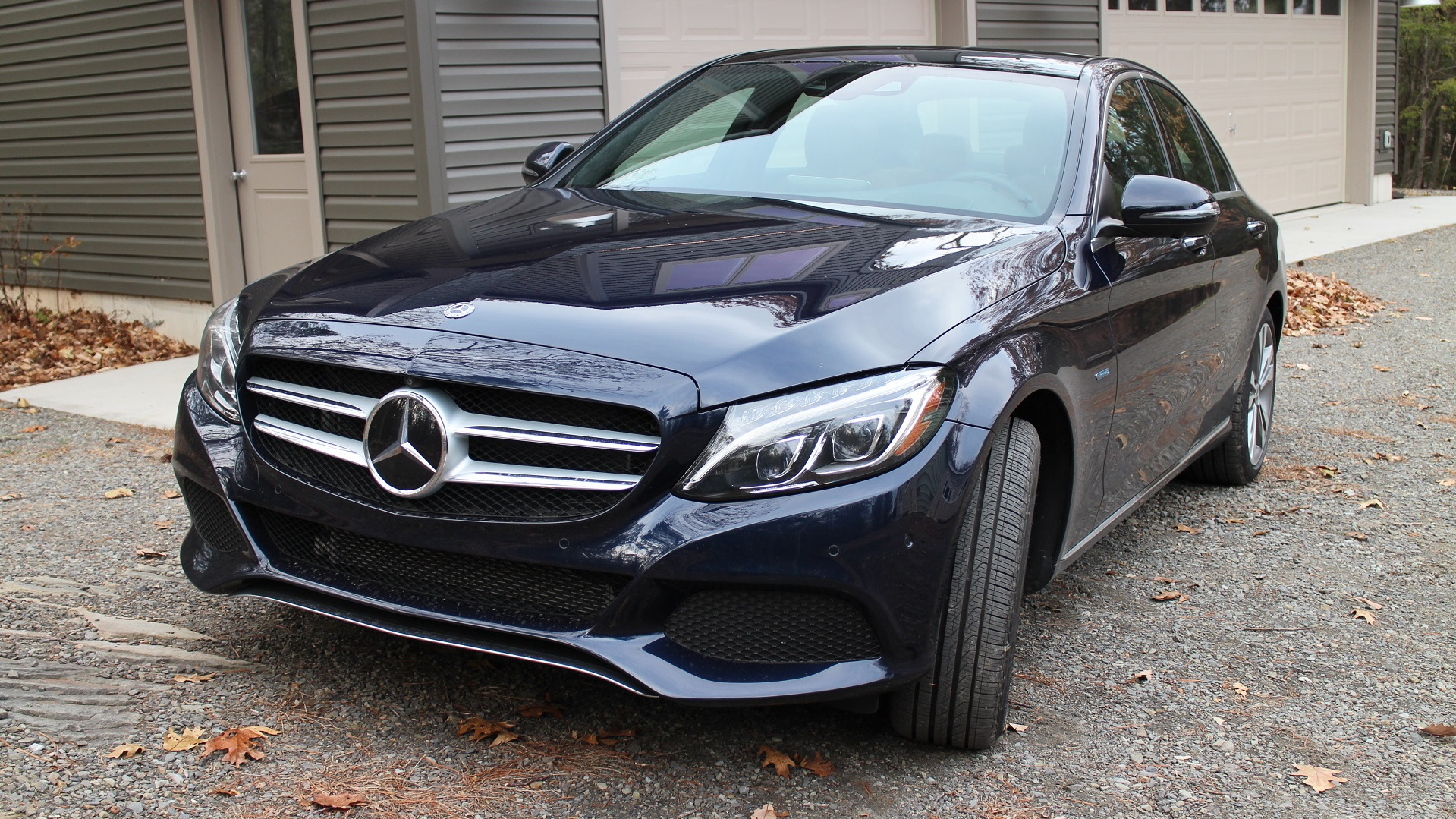 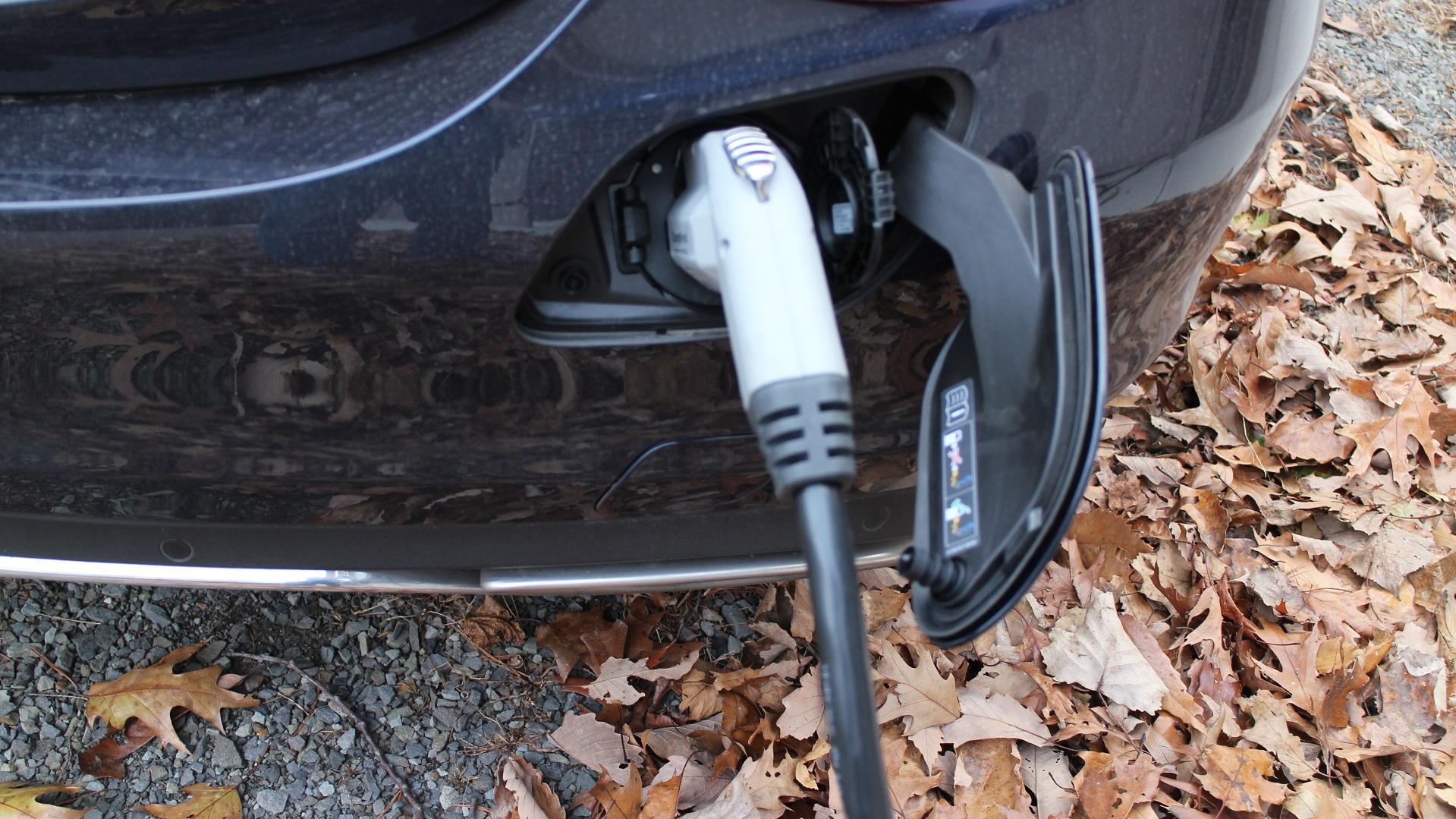 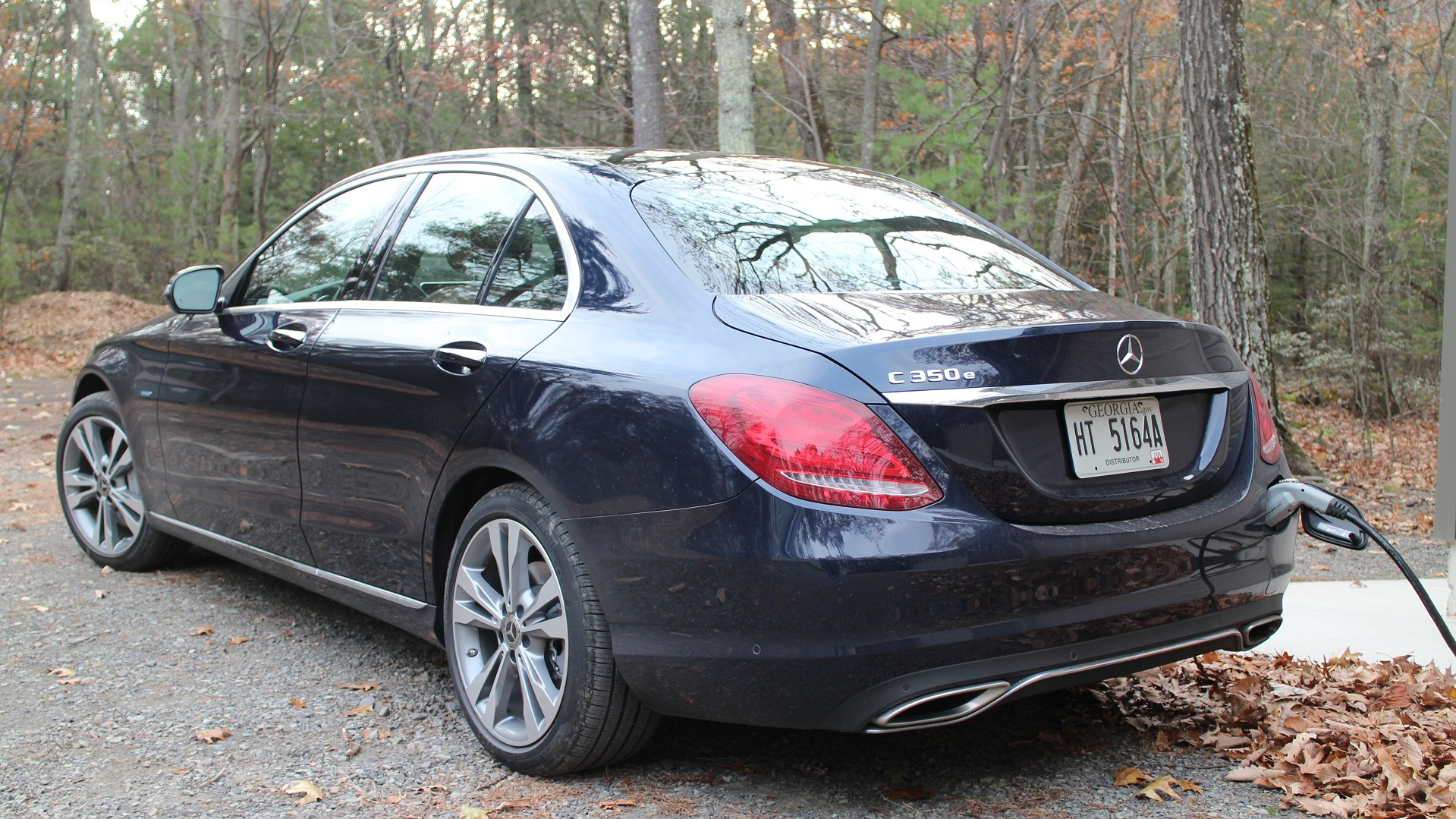 It's been two and a half years since we drove the plug-in hybrid version of the Mercedes-Benz C-Class sedan at its San Francisco launch event.

Now we've had a chance to spend a weekend with the Mercedes-Benz C350e and get a sense of what it's like to live with in the real world.

When we got the car, a 2018 model, in late November, its electric range and fuel-economy ratings still hadn't been finalized on the window sticker by the EPA. That remains the case today.

The 2017 model, however, bears the dubious distinction of having the lowest electric range of any plug-in car sold in the U.S., just 8 continuous miles from its 6.4-kilowatt-hour battery pack and 9 miles overall.

That year's energy efficiency is 51 MPGe running on electricity, and 30 mpg combined when operating as a hybrid after its battery is depleted.

That's on a par with the 2012-2015 Toyota Prius Plug-In Hybrid, which could do only 6 all-electric miles before its engine kicked on. It had a total electric range of 11 miles, and ratings of 95 MPGe and 50 mpg combined.

And it's lower than the 2017 Mini Cooper S E Countryman All4 plug-in hybrid we tested, rated at 12 miles of range and a startlingly low 27 mpg combined, though 65 MPGe running electrically.

The BMW 330e plug-in hybrid, similar in size to the C350e, is rated at 14 miles of electric range, 71 MPGe and 30 mpg combined—the same gas mileage, but more range and better energy efficiency in electric mode.

So what's the otherwise very pleasant C-Class Mercedes-Benz like to drive with a plug-in hybrid powertrain?

The basic lesson is simply to forget that it's a plug-in hybrid and treat it like a regular hybrid. As such, its 30-mpg combined rating is better than the 27 mpg of the most efficient C300 conventional model.

We recharged the car four times over 475 miles, and filled it with gasoline once—note that premium gasoline is strongly recommended. Charging took no more than an hour and a half.

The C-Class remains an impressive small luxury sedan even in its fourth model year, with a combination of shapes and materials far more soothing than you might expect from a German luxury car.

It's comfortable, quiet, comes with a lengthy list of standard and optional comfort and safety features, and is one we'd happily drive for thousands of miles at a crack.

A 60-kilowatt (80-horsepower) electric motor is sandwiched between the 2.0-liter turbocharged inline-4 engine and a 7-speed automatic transmission, and it provides some electric acceleration, but not a lot.

The problem, as with other cars that tag on a plug-in hybrid version, is that they're heavy, expensive, and provide relatively little from the small battery packs that tend to be all that fit into an already fully-featured car.

The C350e didn't provide electric idle creep when its engine was switched off at stops, which took a bit of getting used to.

And it tended to kick its engine on when more than medium power was required—including every highway on-ramp.

The base price of our Lunar Blue Metallic 2018 Mercedes-Benz C350e sedan was $47,900, but a total of 14 separate options and packages boosted the bottom line to a breathtaking $65,235, including the mandatory $995 delivery fee.

Among them were a wonderful Saddle Brown Nappa Leather interior ($3,800), heated and ventilated front seats ($1,030), a navigation and multimedia package adapted to work with the hybrid powertrain ($2,200), a driver assistance package of safety features ($2,250), and much more.

If you want a small luxury sedan with 10-percent higher fuel efficiency than any other model in the line, plus a few thousand dollars in income-tax credit for purchasing a plug-in vehicle, this is your car.

It's just not much of an electric vehicle in any sense of the word.