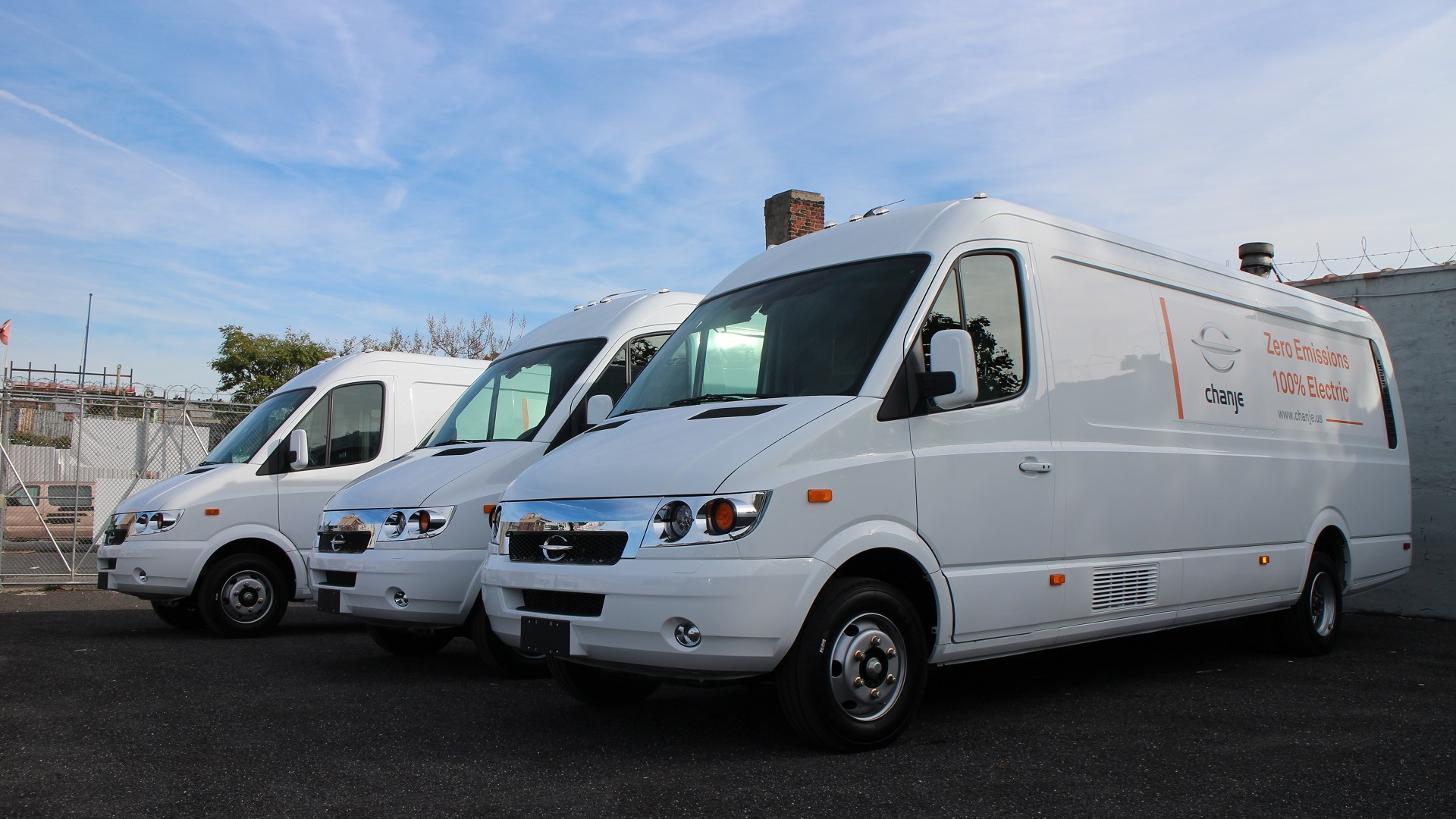 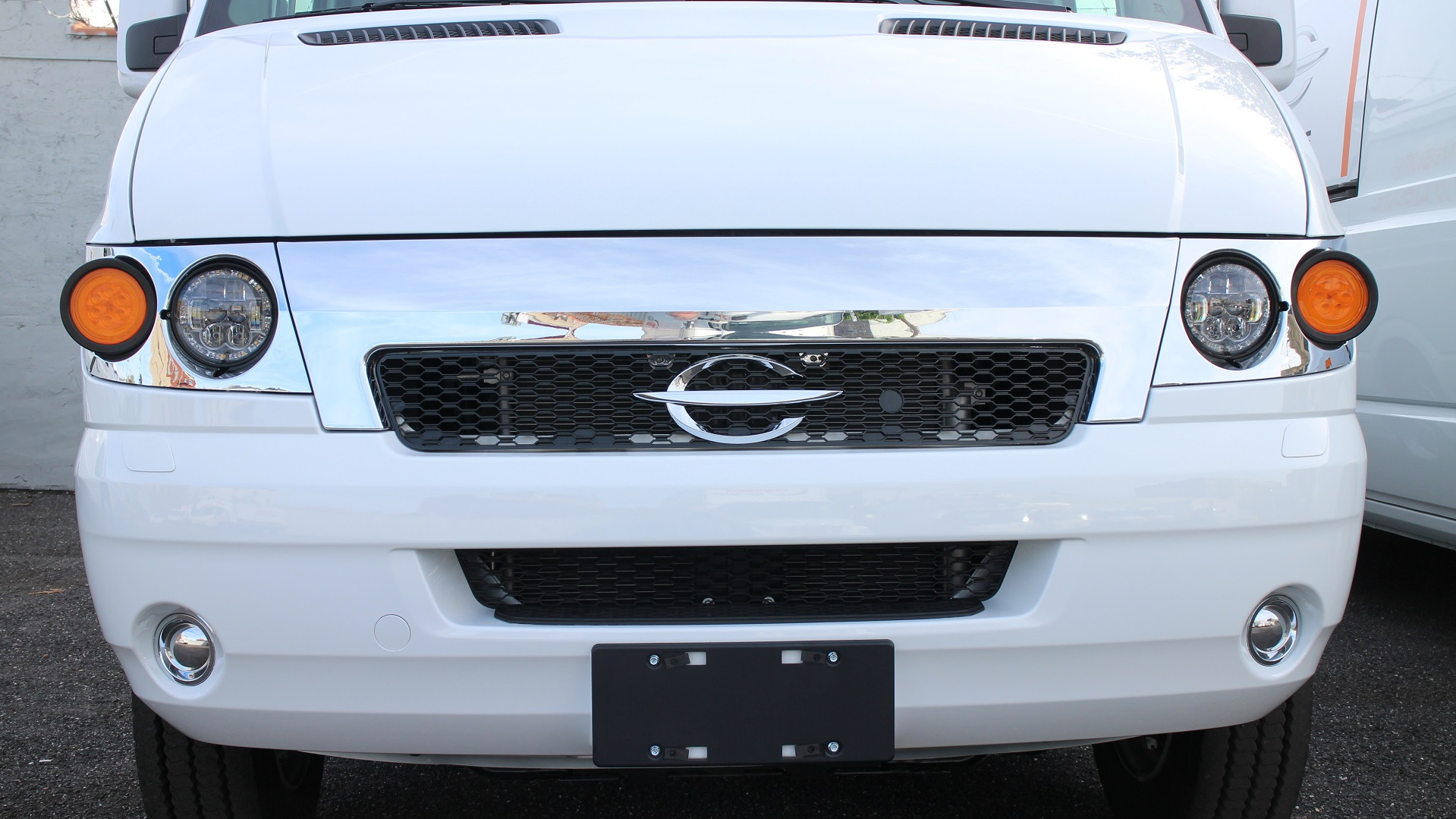 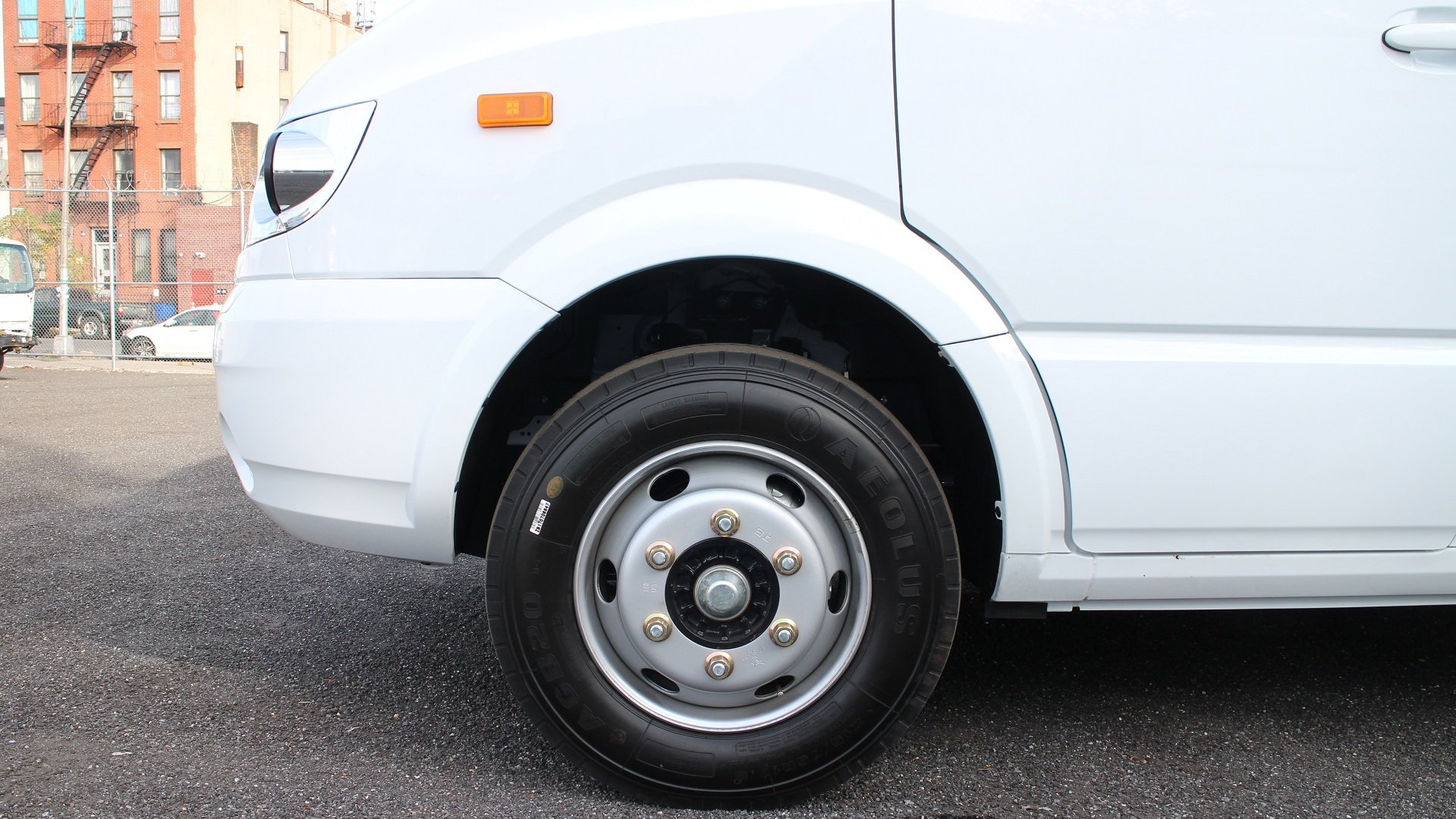 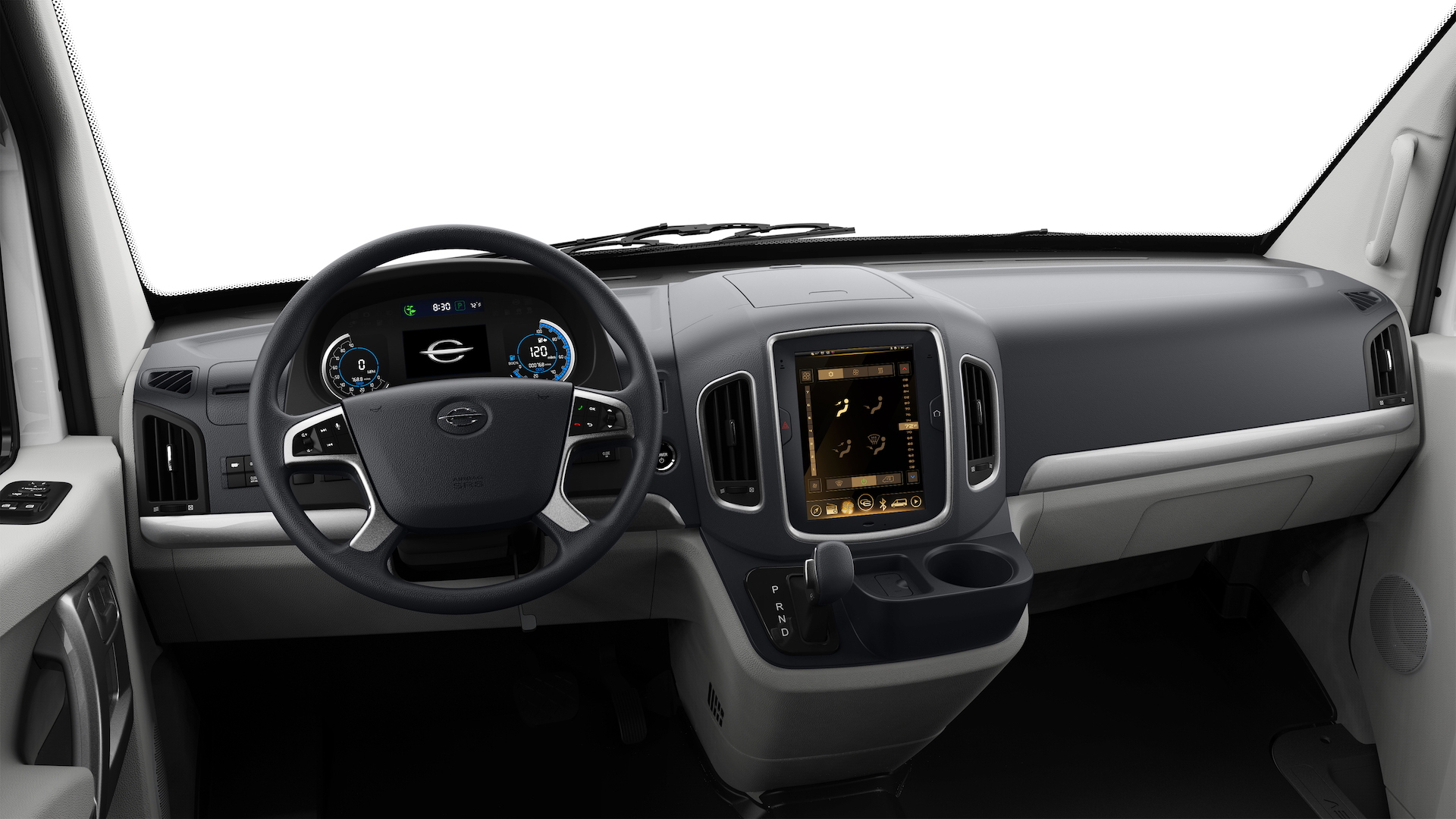 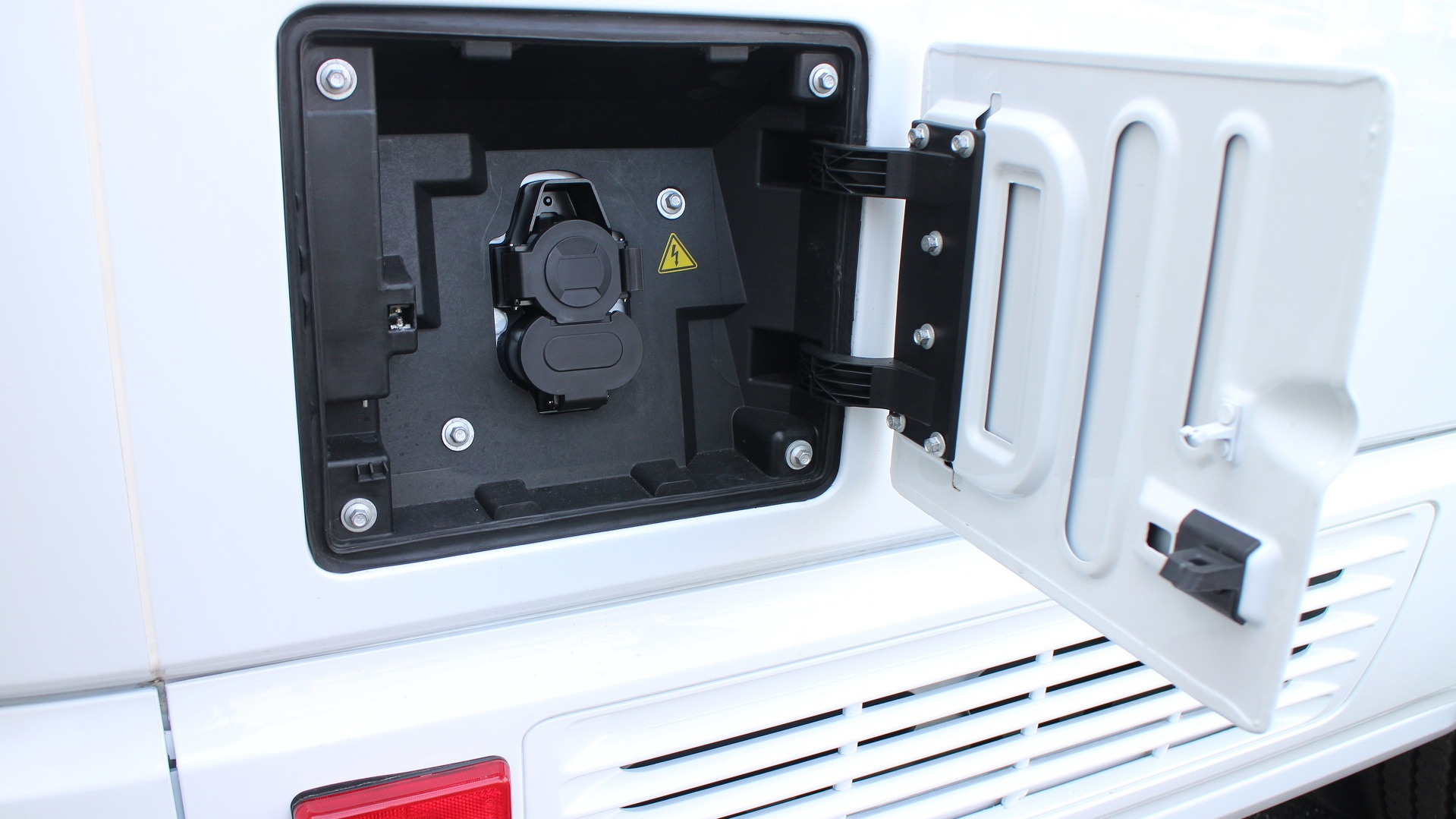 A Class 5 cargo van is a remarkably large vehicle, especially when navigating it through the mixed industrial and 19th-century residential streets of the Prospect Heights neighborhood in Brooklyn, New York.

The Chanje V8070 electric cargo van, in fact, is the largest vehicle—electric or otherwise—we've ever driven. (We're still waiting for a chance to drive a BYD or Proterra electric transit bus ...)

That meant we didn't have much frame of reference for comparing it to conventional diesel-powered cargo vans.

Comparing it to the two dozen or so other battery-electric vehicles we've driven, a few conclusions were obvious—though probably not all that relevant to the buyers of such cargo vans.

First, it's not only big but relatively noisy. The powertrain's whirrs and hums and whines are clearly audible, not helped by having a large empty box just behind us acting as an amplifier.

Reminded gently of the truck's large size by the brave and patient Ian Televik, head of marketing for the U.S. unit of Chanje, we set out on a crisp Saturday morning two weeks ago to test his new battery-electric vehicle.

Apparently on large trucks it's standard that the steering wheel tilts but doesn't telescope. Though to be fair, that's the case with the new 2018 Nissan Leaf as well, to our surprise.

Getting the Chanje around curves, from a seat all but on top of the front wheels, required driving it straight at the far corner and then cranking the wheel quickly around at the last minute.

The regenerative braking is noticeable but not as strong as that of, say, a BMW i3 electric car. Still, the power gauge showed the battery recharging, and in urban use, regen would have quite a lot of effect.

The model we drove, the V8070, is the first version Chanje will offer in the States. Truck-rental company Ryder has ordered 125 of them, which it will offer in California, Illinois, and New York.

It has a 70-kilowatt-hour battery pack between the frame rails, giving a range of 100 miles or more, according to Televik.

That covers the majority of such trucks' daily use cycles, which average 50 to 70 miles over 10 to 12 hours.

Early drivers say the Chanje electric trucks are much quieter, smoother, and less tiring to drive than their diesel equivalents, Televik said. And, of course, there's no gear shfiting at all, just acceleration and braking.

The company has tried to give the cabin a "passenger-car feel," he added, with a central touchscreen display and such un-truck-like features as keyless entry.

Chanje fits a 7.2-kilowatt Level 2 charging port, though the CCS fast-charging pins of the combined socket aren't actually connected to anything on the back end. Fast charging will be a future option, Televik said.

One of the electric truck's advantages is its substantial torque, almost 600 pound-feet, he added, which gives it stronger performance than the turbodiesel engines used in comparable vehicles.

The truck is rated at up to 6,000 pounds of payload in its 580-cubic-foot cargo volume, and the company has tested its trucks to ensure they can carry that amount up a 30-percent grade.

That's a task that would be challenging for its diesel competitors, especially given the need for the driver to shift gears on that hill to keep that diesel engine in its power band.

The name, by the way, is both a nod to the "change" offered by battery-electric commercial trucks and a tribute to the Changjiang River, a special place for the FDG Group in Hong Kong that builds the truck.

Chanje feels that it has two advantages over other electric-truck competitors.

First, the cost of its battery packs is now low enough that it says its trucks cost no more than diesel competitors even before the incentives and the lower running costs on electricity.

Second, it can scale up production as needed: the Chinese factory can produce up to 100,000 units a year, though it's looking for a U.S. final assembly plant to build kits imported from China.