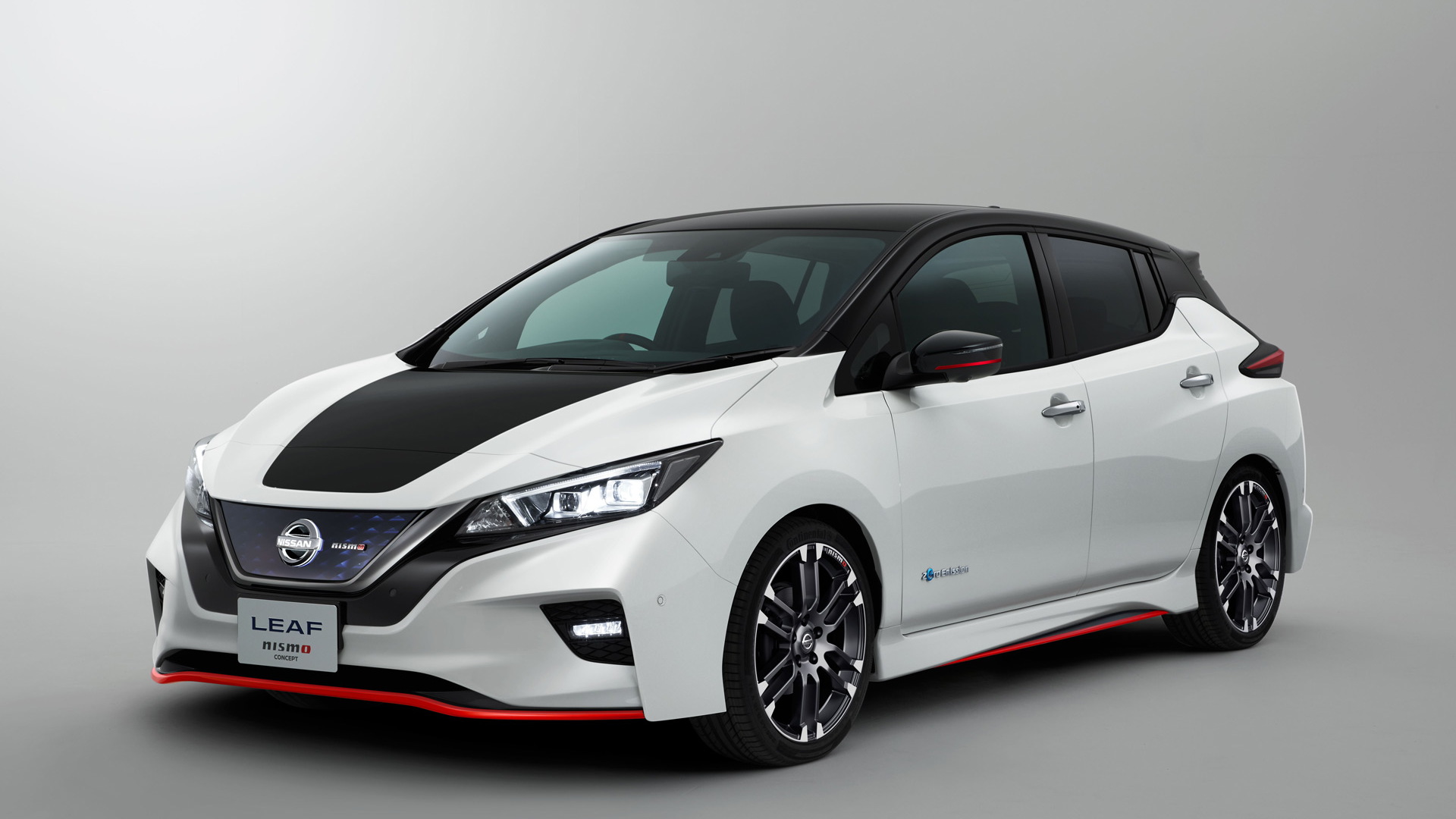 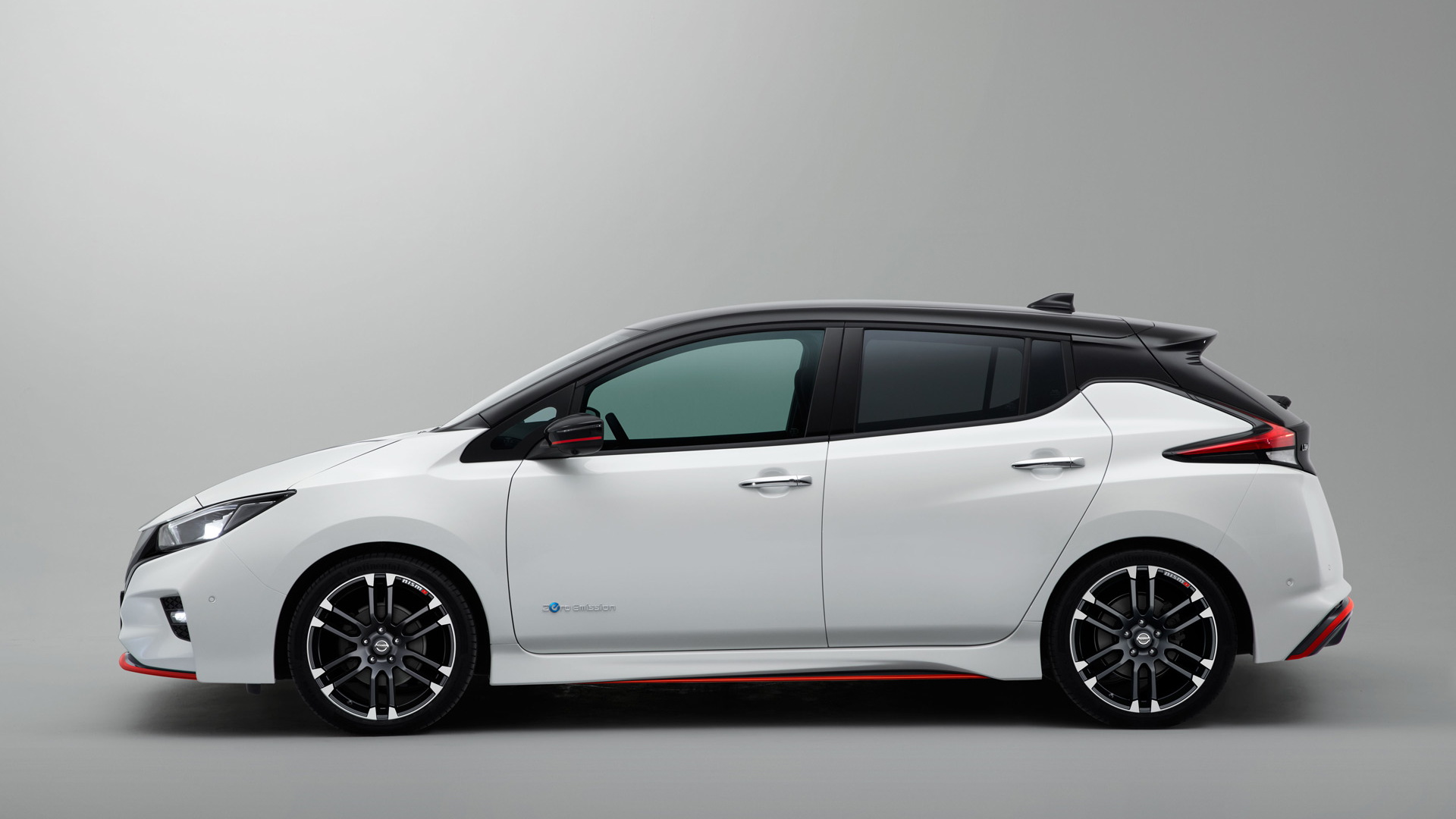 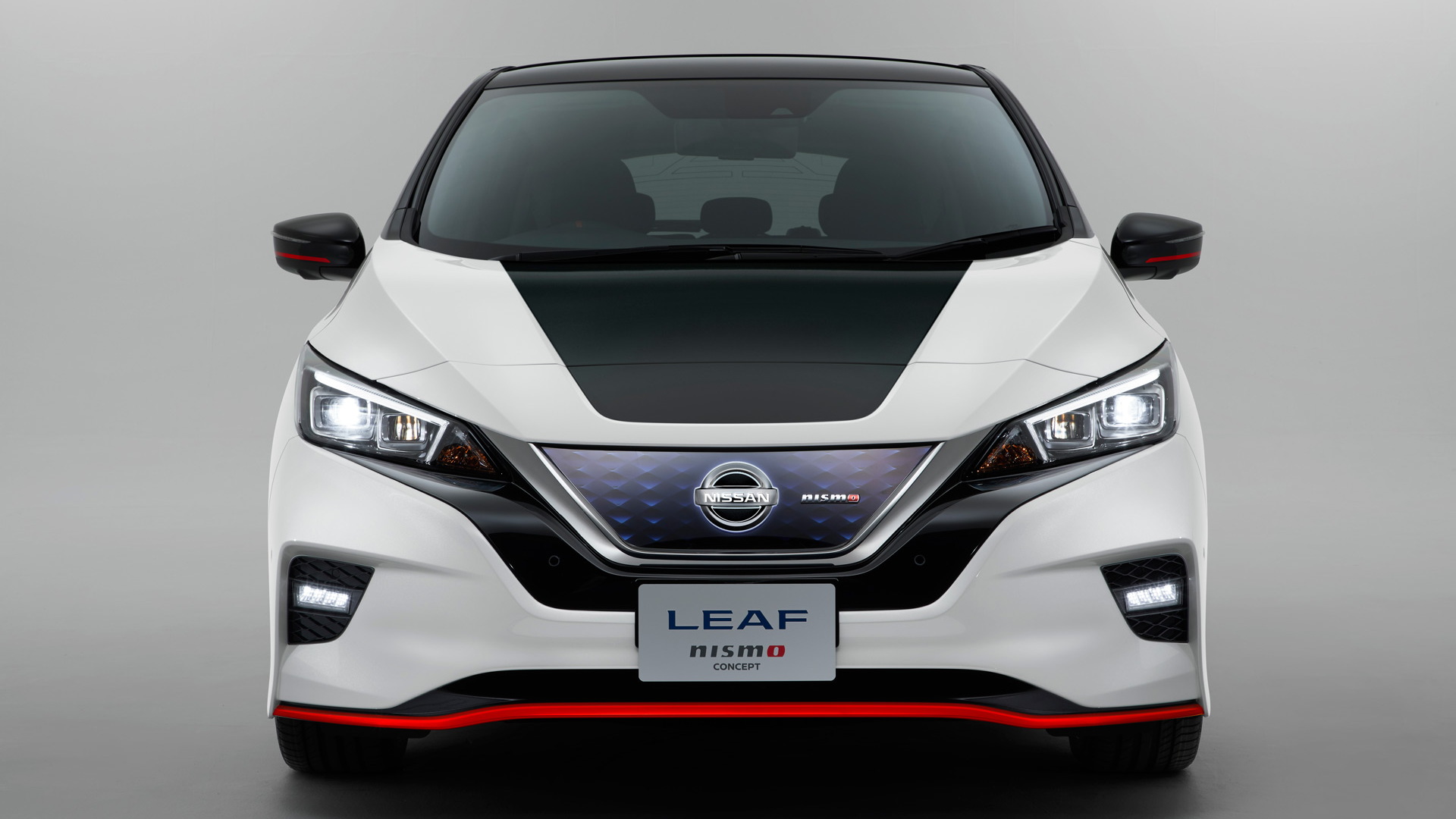 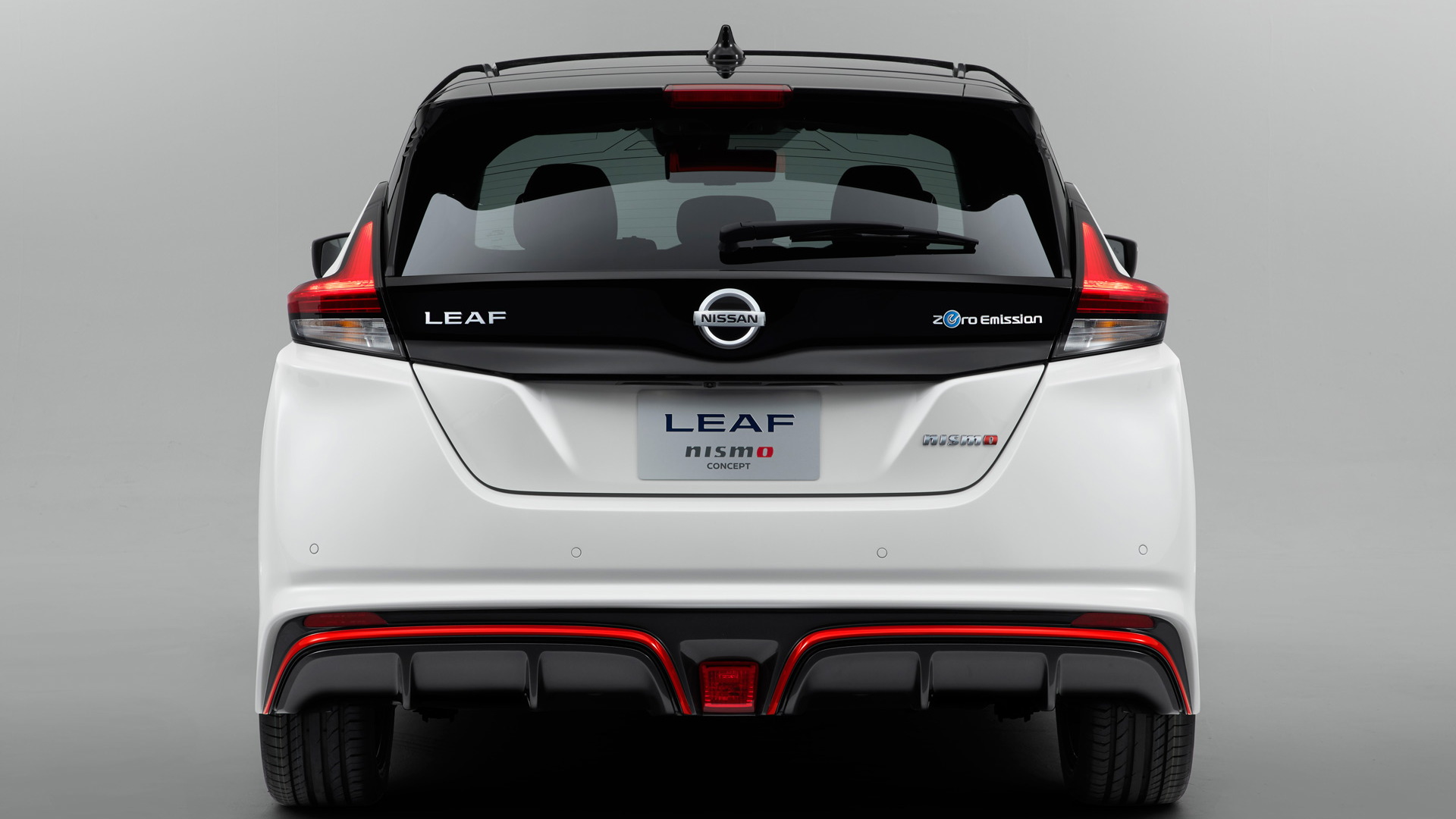 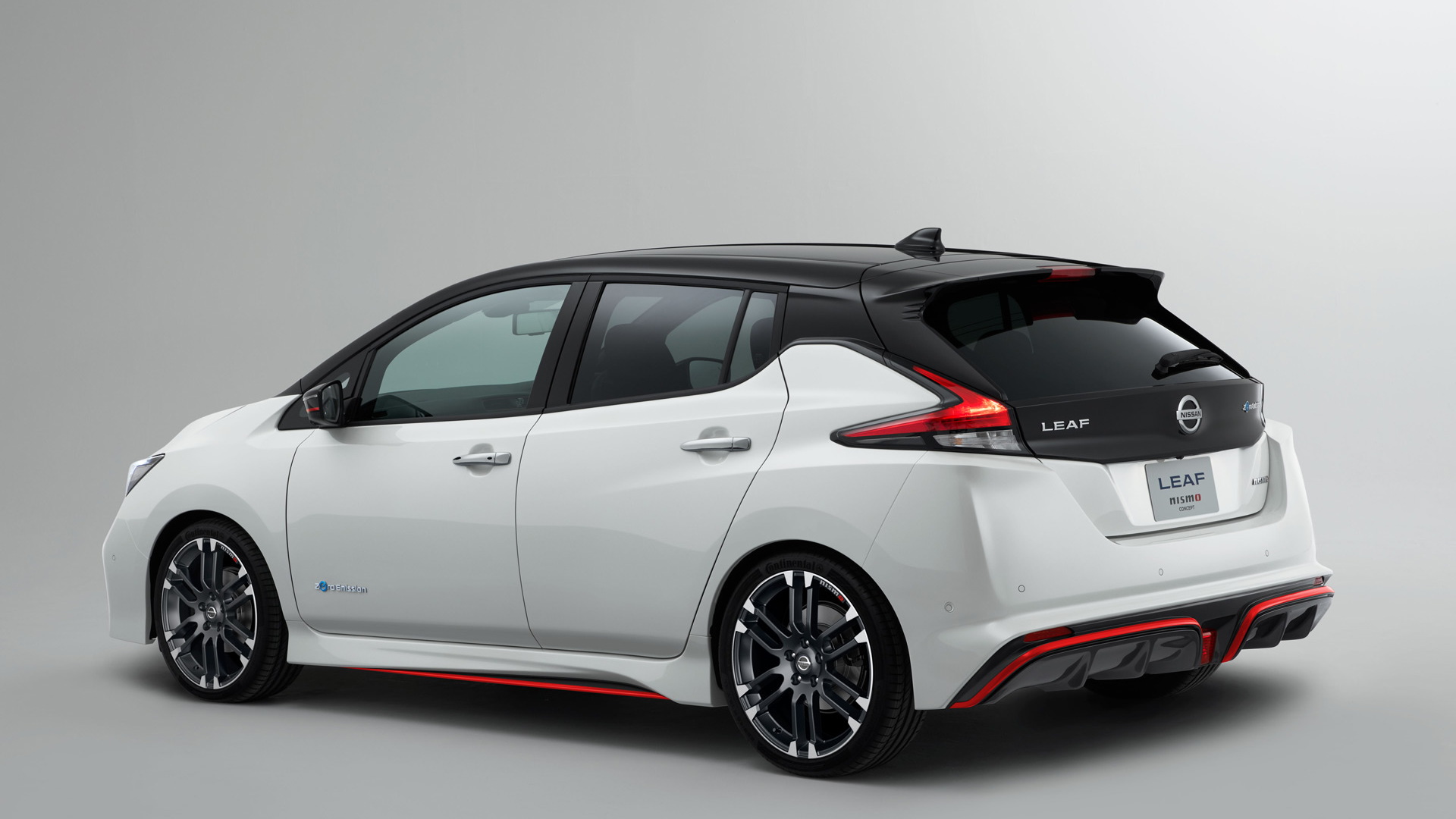 After announcing the 2018 Nissan Leaf in September, Nissan hinted that a Nismo variant was on the way to tap into a rather different electric car market.

Now we've learned that a Nissan Leaf Nismo Concept is headed to the Tokyo Motor Show later in October, and that it will be more than just a styling statement.

In typical Nismo fashion, the Leaf Nismo Concept will focus on driving excitement through a custom-tuned computer which is said to deliver instant acceleration at all speeds.

In addition to software tweaks, a sport-tuned suspension and high-performance tires aim to deliver the handling characteristics Nismo fans have come to expect.

The Nismo modifications are definitely on the mild side, something which is common practice from Nissan. 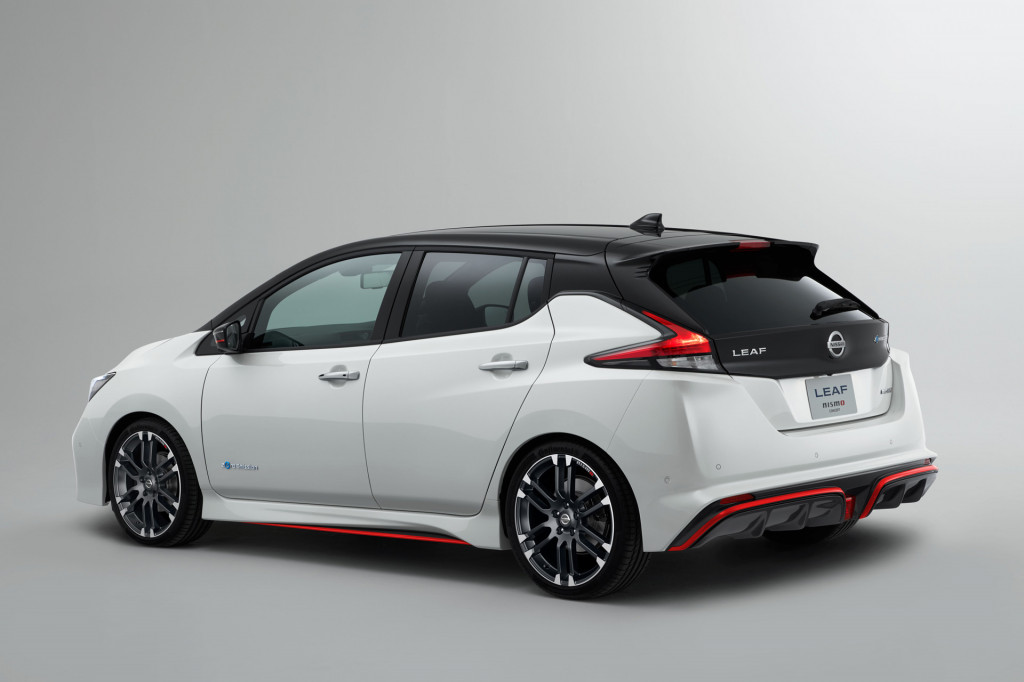 Slightly more aggressive body elements enhance aerodynamics and reduce lift, yet the Nismo Concept retains the same drag coefficient of 0.28 as the 2018 Leaf, delivering sleek styling without sacrificing its own persona.

The racier theme carries on to the Leaf's interior, where NISMO’s signature red accents award the seats and other surfaces a high-performance look and feel.

Nissan did not release details surrounding enhanced performance, nor specifications that would lead us to believe the Leaf Nismo will be more powerful than its base-model sibling.

CHECK OUT: Why one guy bought a 2017 Nissan Leaf electric car: it was a great deal

The 2018 Leaf delivers 150 miles of range courtesy of a 147-horsepower electric motor at the front axle, and a 40-kilowatt battery pack.

New technologies seen in the 2018 Leaf are also present in the Nismo Concept such as e-Pedal, which allows drivers to start, accelerate, decelerate, stop and hold the car with only the accelerator. 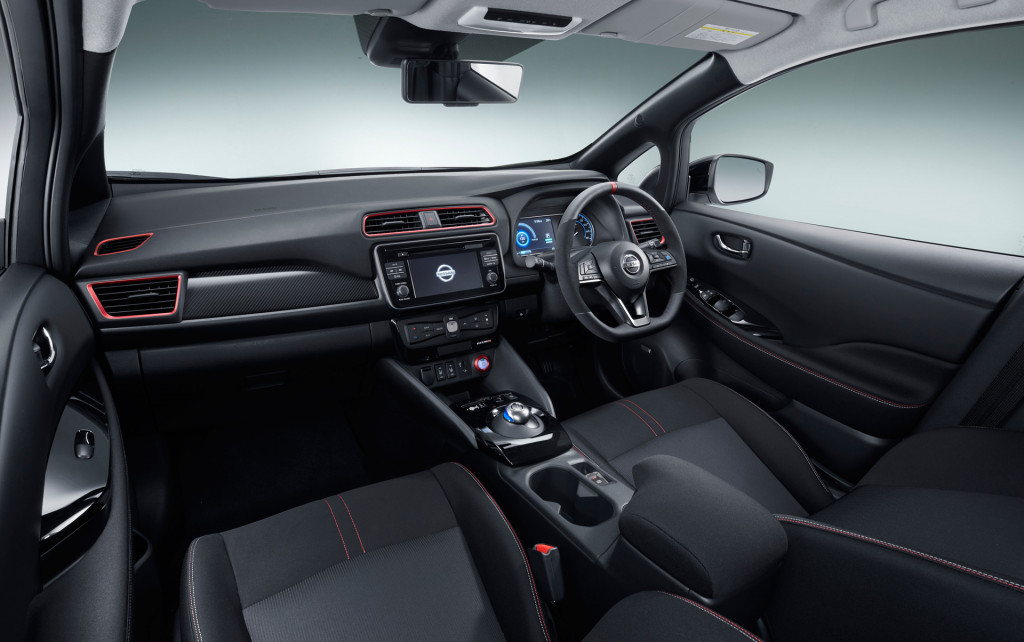 Nissan hasn’t said whether the Leaf Nismo will make it to the U.S., however.

The Leaf Nismo will be one of more than a dozen Nissans on display in Tokyo.