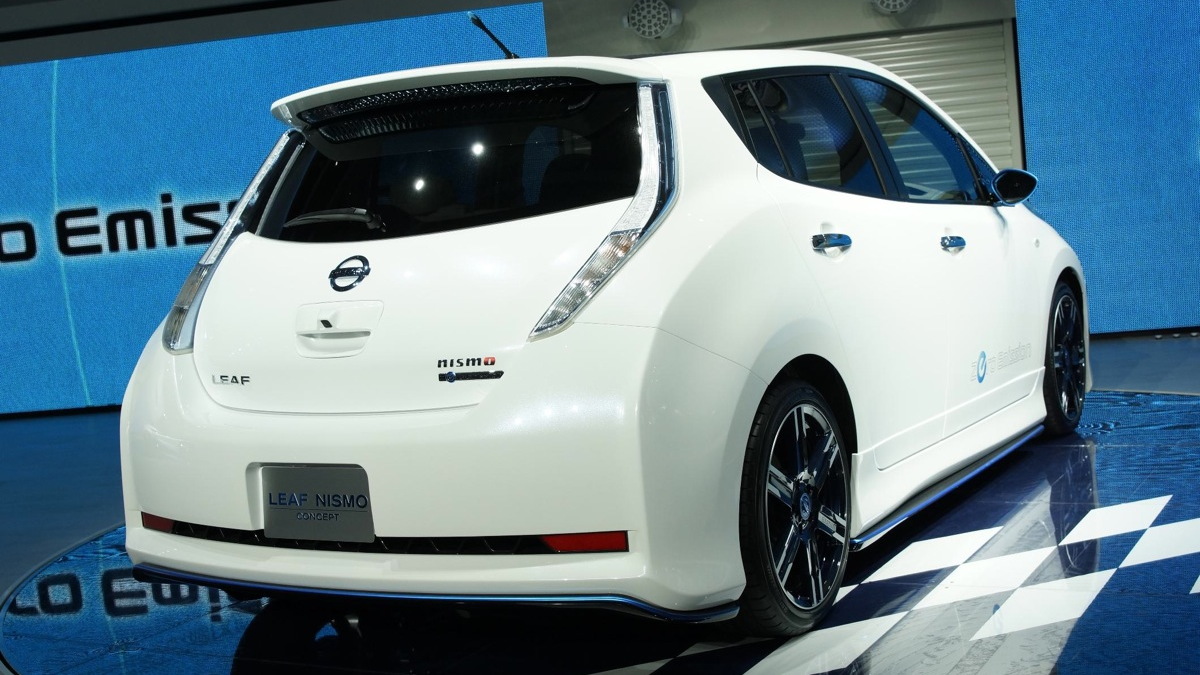 Admit it: You like the 2012 Nissan Leaf, but you yearn for the extra performance and sporting pedigree of Nissan’s custom-built, mid-engined, Nissan Leaf Nismo RC race car.

Sadly, you’re unlikely to ever be given the chance to own your very own Nissan Leaf Nismo RC, but Nissan has just announced that it plans to bring a race-inspired street-legal version of the Leaf to market that will give you the extra performance you yearn for.

Unveiled at the 2011 Tokyo Motor Show, the Leaf Nismo concept is a cross between a conventional Nissan Leaf and its race-going sibling. Wearing 18-inch black alloy wheels, a full sports bodykit with white paintwork and blue LED under-body lighting, the Leaf Nismo looks a little like an extra from Need for Speed.

But according to Andy Palmer, Nissan’s executive vice president for planning, there’s more to the Leaf Nismo than looks. Talking to Autocar he said “the Leaf Nismo will have around 10 percent more power than the standard car,” hinting that it would go on sale towards the end of 2012.

“It will also have a weight reduction too as this will bring benefits to handling and range”, Palmer confirmed. “It also gets a ride and handling package to make it more sporty to drive.”

A ten percent improvement in power would take the Leaf’s standard 80 kilowatt motor up to nearer 88 kilowatts, and we assume would also knock a good second or more off the car’s 0-60 time. In fact, we’d hazard a guess that the Leaf Nismo could shave several seconds bit off the Pikes Peak hillclimb time Nissan race car driver Chad Hord set earlier this year in an almost-stock Leaf.

There’s no official word yet on launch schedule, cost or specification, but given the number of people out there who think the Leaf isn’t sporty enough, we think it’ll sell pretty well.