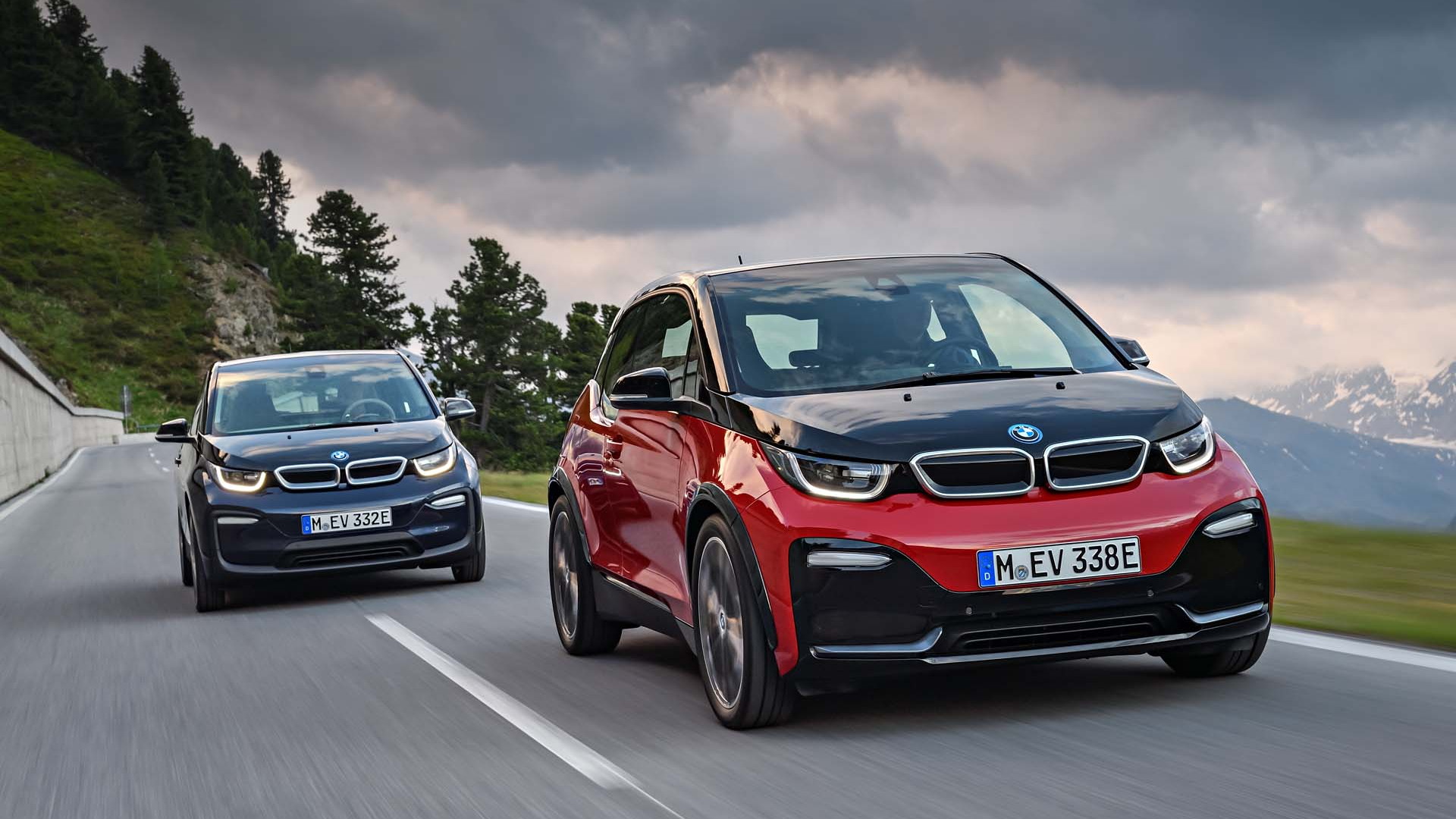 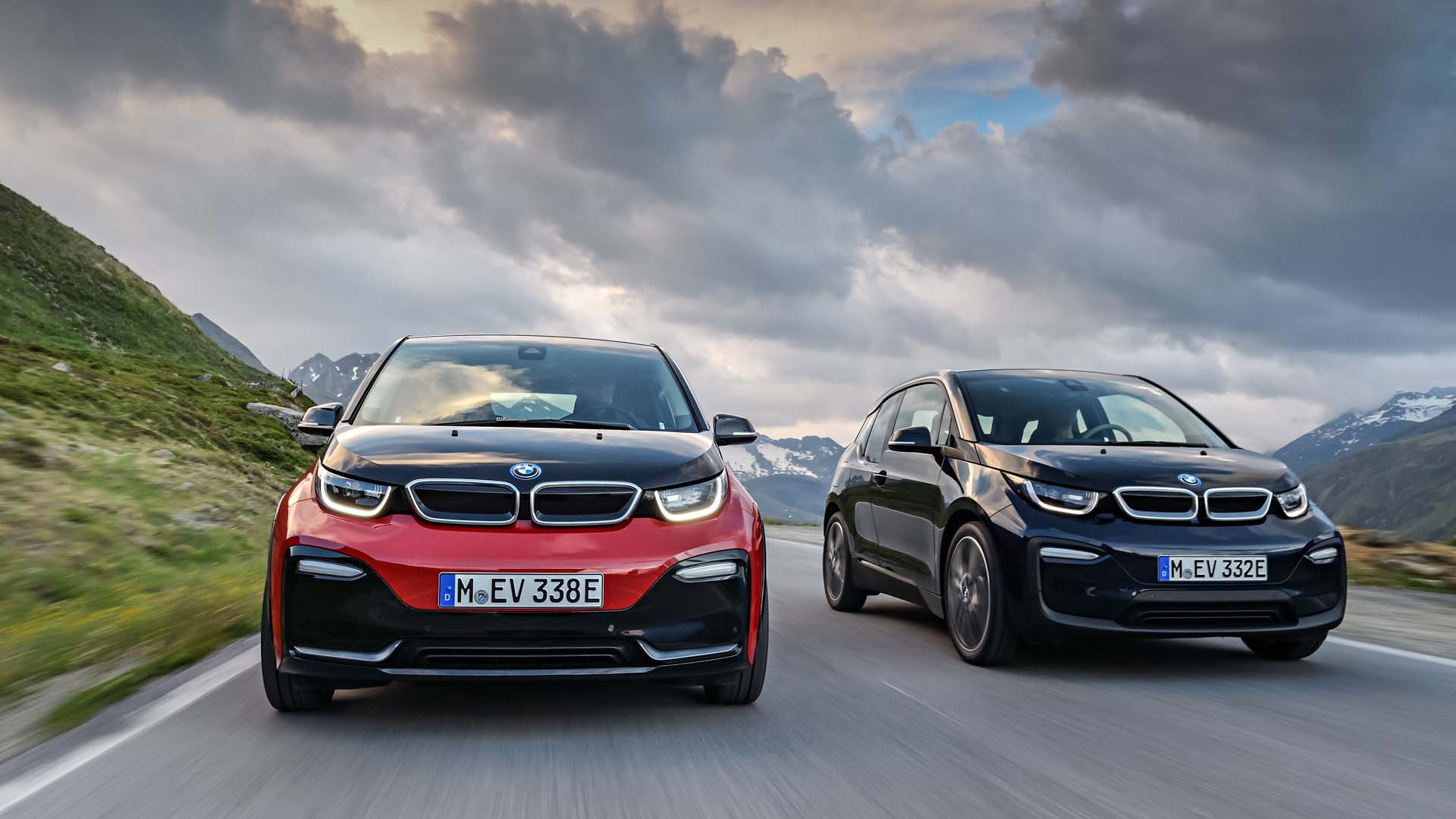 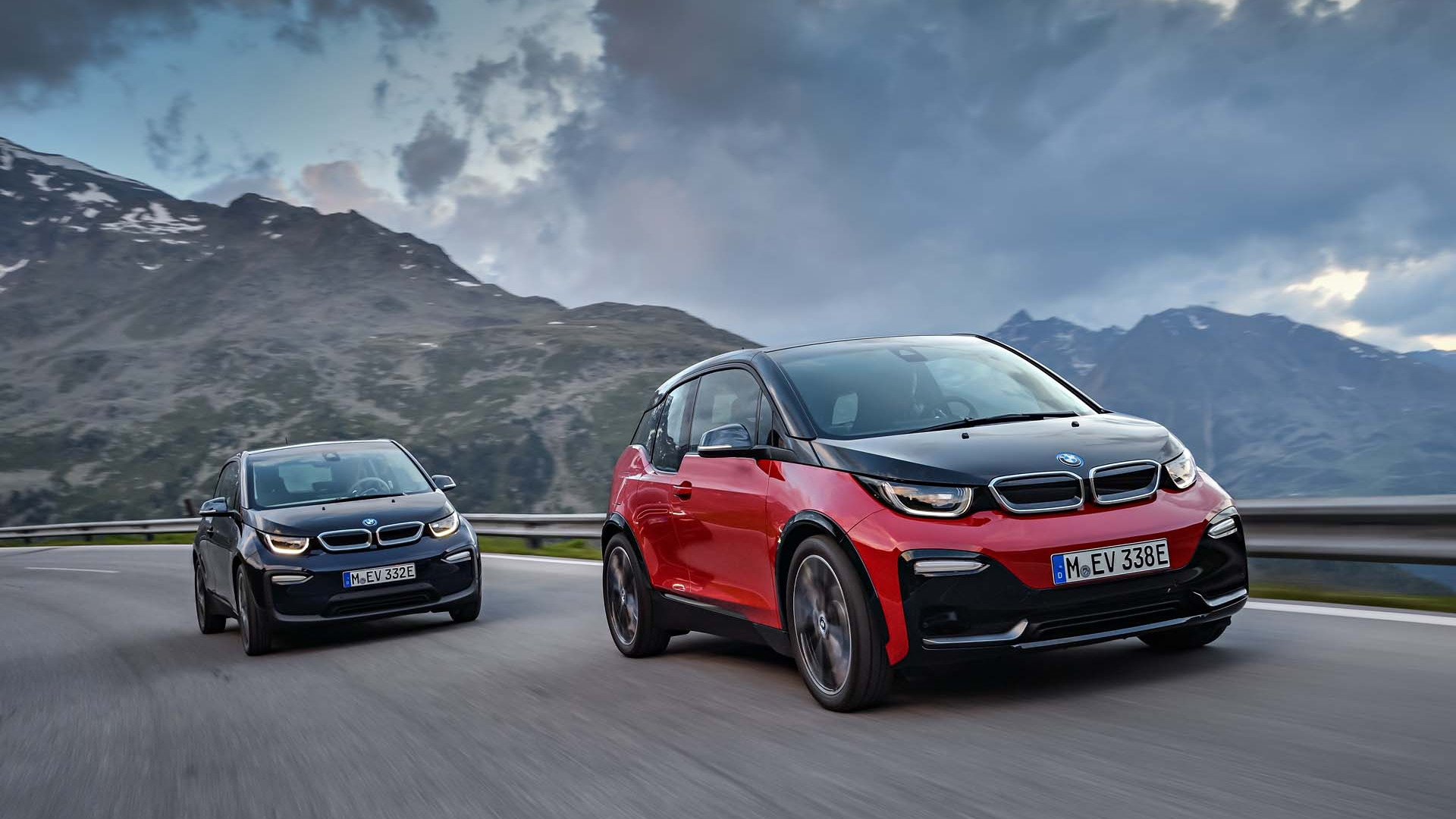 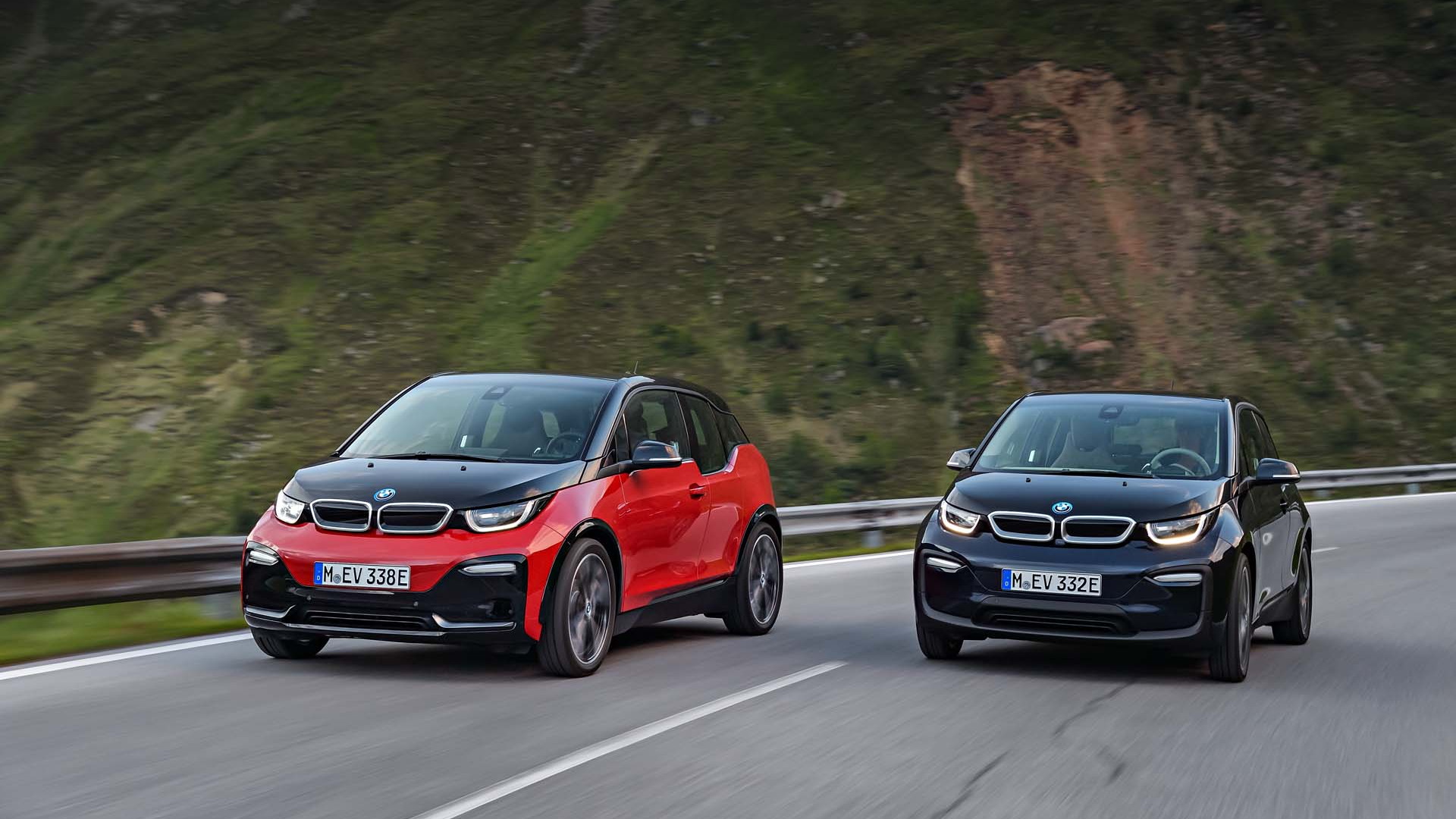 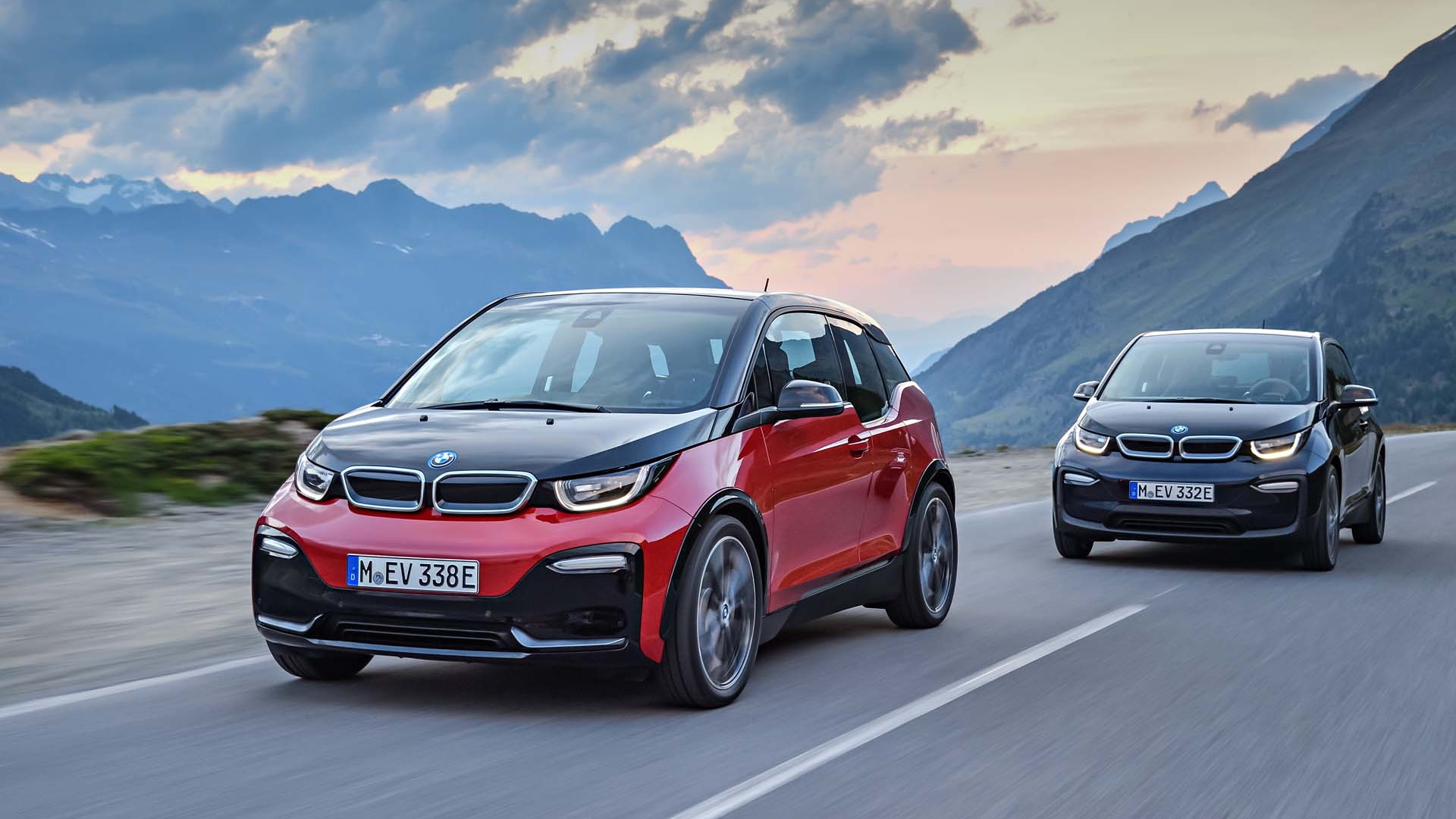 While the 2018 BMW i3 will formally debut next week at the Frankfurt auto show, the company has released details ahead of time on the updates to the lineup of its compact electric car.

While battery range stays the same as last year, a new i3s model (for Sport) has been added, with revised suspension and a Sport mode added to its drive-mode options.

All 2018 i3 models get very mild styling updates, including full LED headlights as standard, plus the updated Version 6.0 of the iDrive interface and some new paint color and interior trim options.

The new i3s sport model can be recognized by a more aggressive look for the front and rear bumpers, as well as a sport-tuned suspension that lowers the car by 10 millimeters and a track that's 40 millimeters wider than the standard model.

The 2018 BMW i3s looks considerably more sporty as a result, though it's most obvious with the two versions sitting side by side. It also offers seat belts in the optional BMW i Blue color, as first used in the BMW i8 plug-in hybrid sport coupe.

But sport models are all about power, and the rear motor of the i3s is rated at 184 horsepower and 199 pound-feet of torque against the 170 hp and 184 lb-ft ratings for the regular model.

Top-end performance is boosted through modified motor-control software. At the motor's top speed, BMW says it performs 40 percent better than the standard i3.

The i3s adds a Sport mode to the standard array of Comfort, Eco Pro, and Eco Pro+ driving options, which tightens the steering response and sharpens the throttle response.

Range ratings weren't discussed in the press release, though we'd expect the standard 2018 BMW i3 to continue with its 2017 rating of 114 miles for the battery-electric version.

The REx range-extended version with its optional two-cylinder engine is rated this year at 97 miles, with an additional 83 miles provided by a gasoline tank of slightly more than 2 gallons.

It's possible the i3s sport model might have a slightly reduced range rating, but we don't expect EPA figures until closer to the 2018 model's on-sale date, which BMW hasn't released so far.

In other changes, the most recent update to the iDrive controller interface, Version 6.0, offers what BMW says will be more intuitive commands for infotainment, communications, and navigation functions.

As before, the 2018 BMW i3 range continues to offer various electronic active-safety systems as standard or optional features.

Those include adaptive cruise control, collision warning, pedestrian detection, and a system that parks the car automatically when directed.

The navigation system includes the location of nearby public charging stations as well as an On-Street Parking Information system that identifies available parking spaces in many major U.S. cities.

That feature combines real-time and historic data to calculate the likelihood of finding open parking spaces in a specific area and displays that likelihood on the navigation screen.