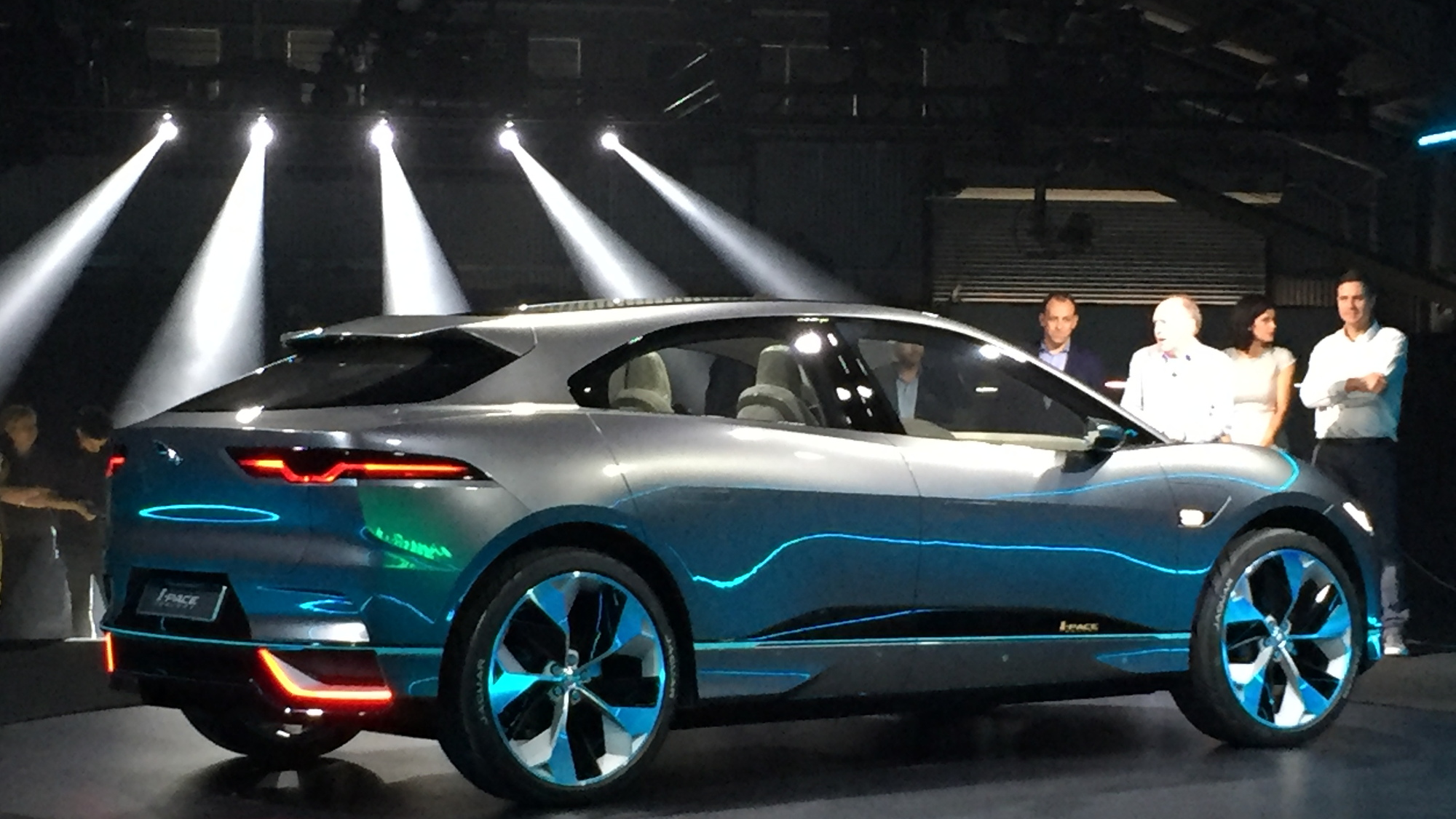 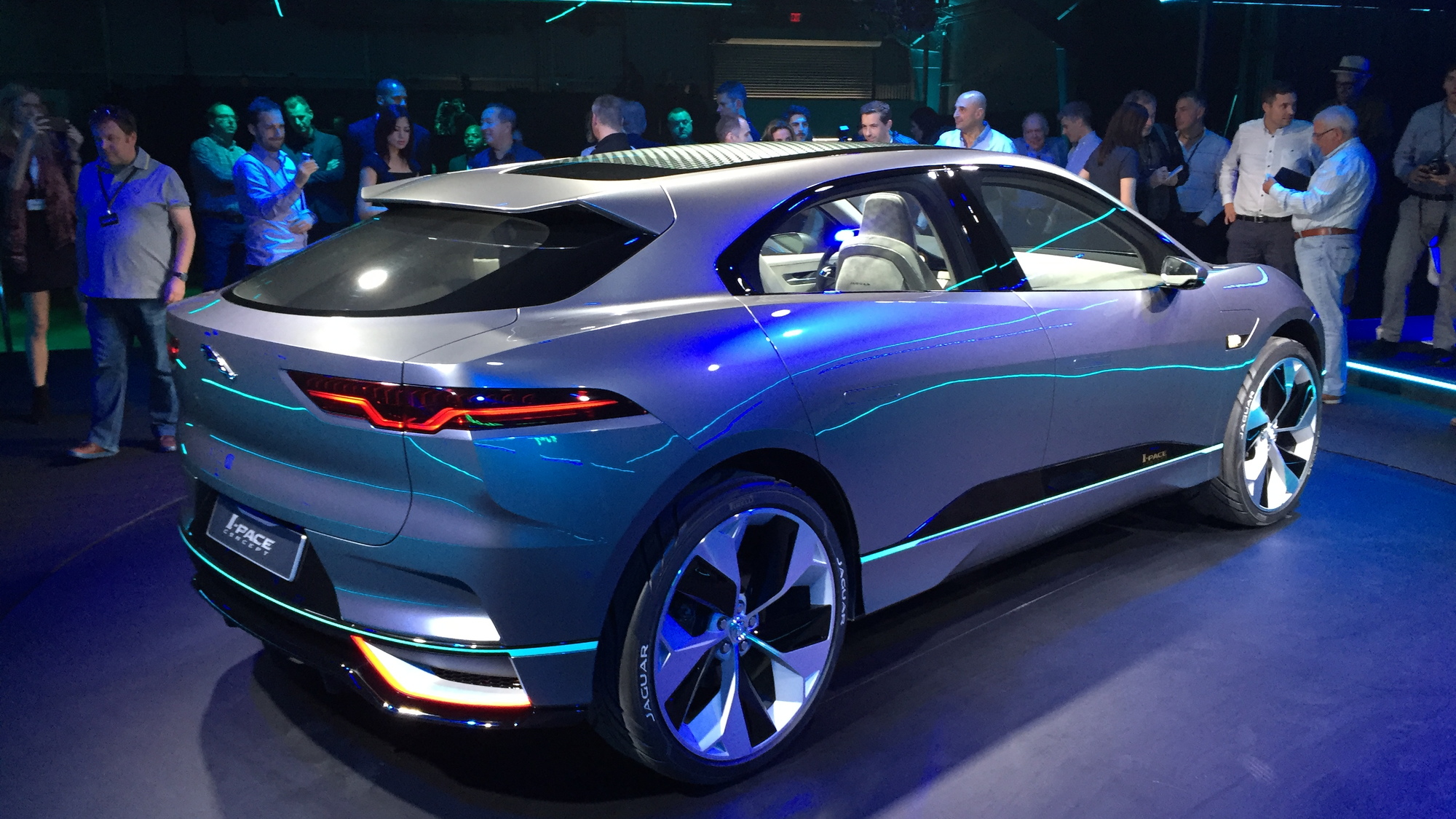 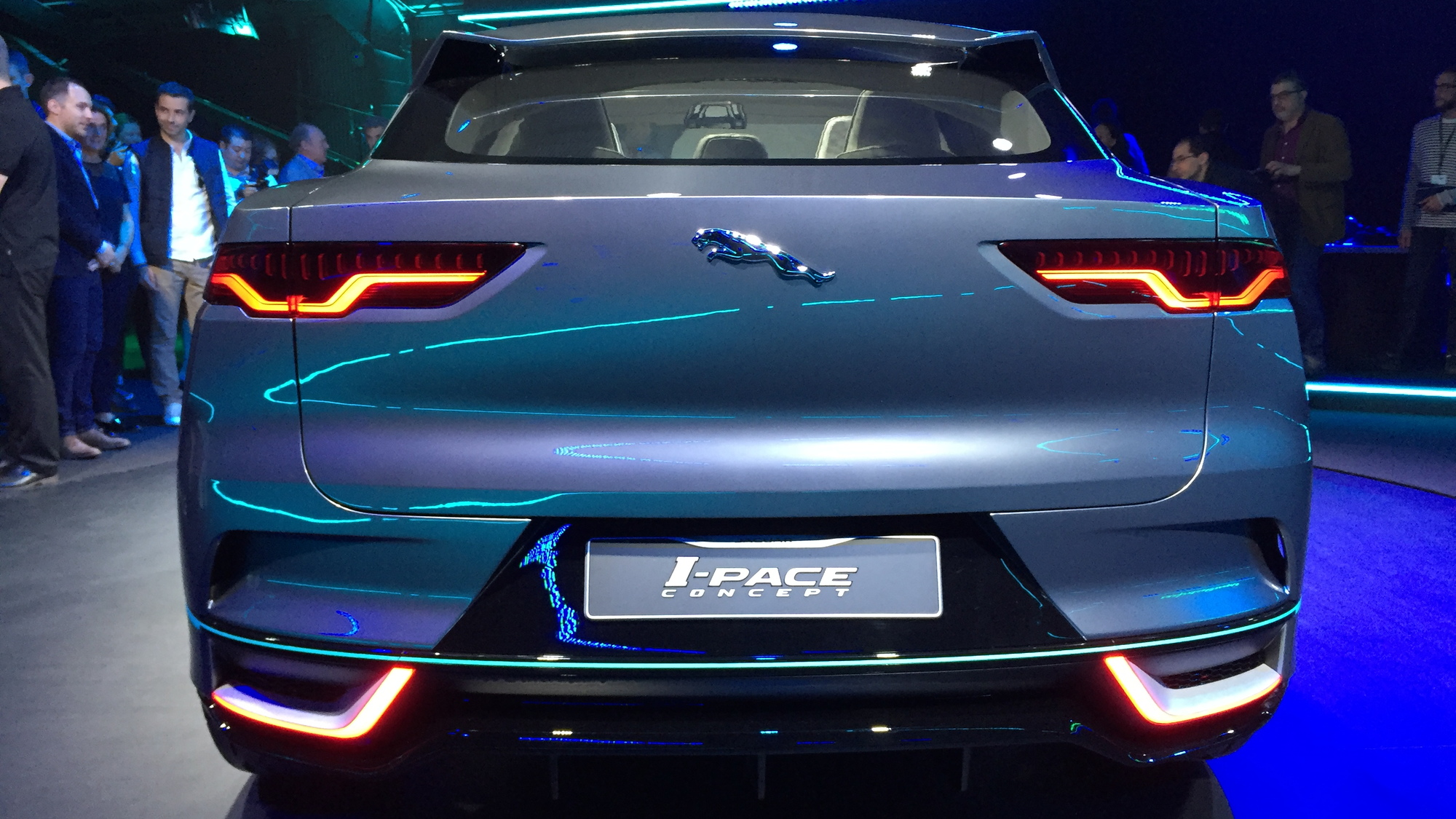 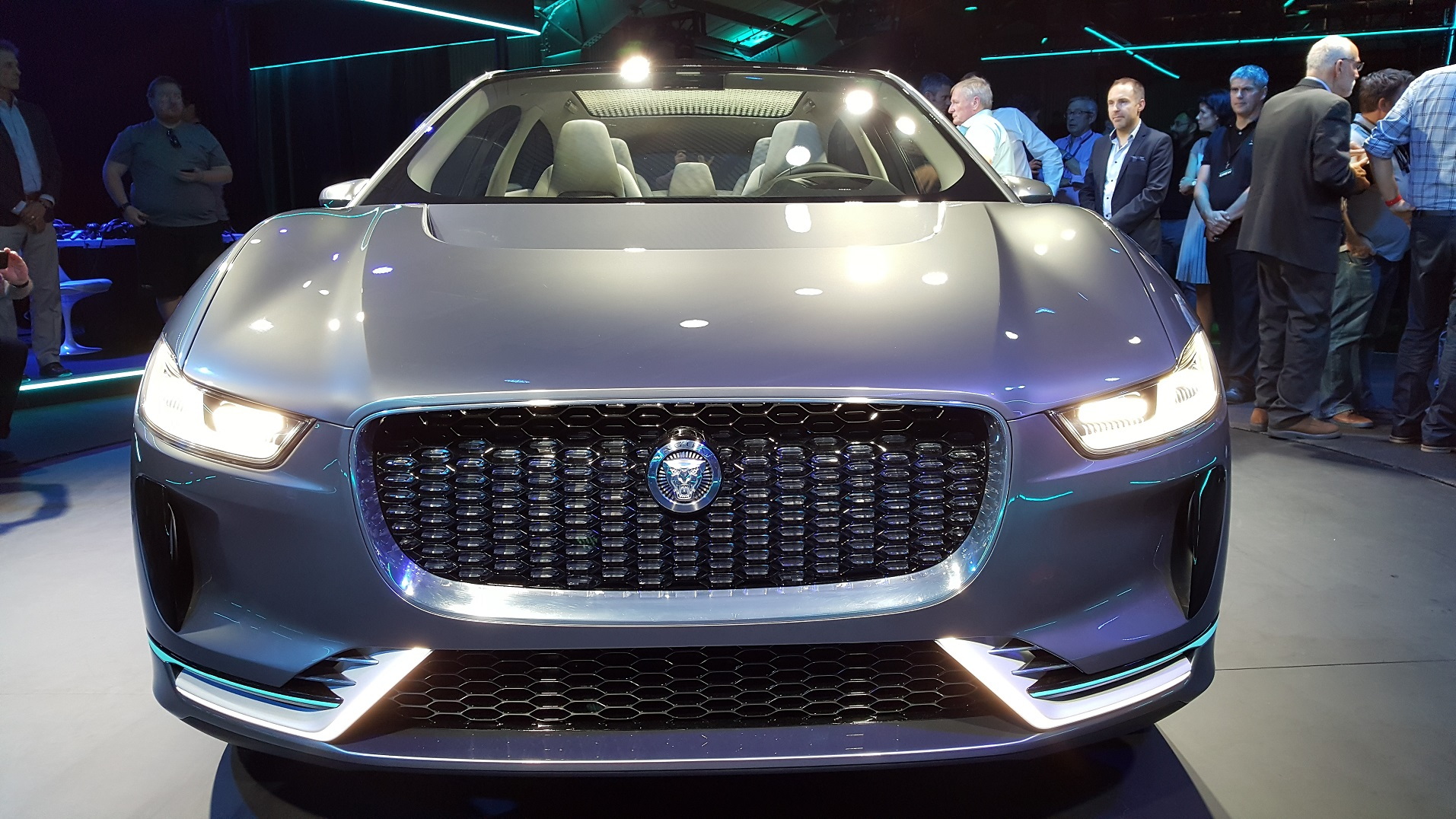 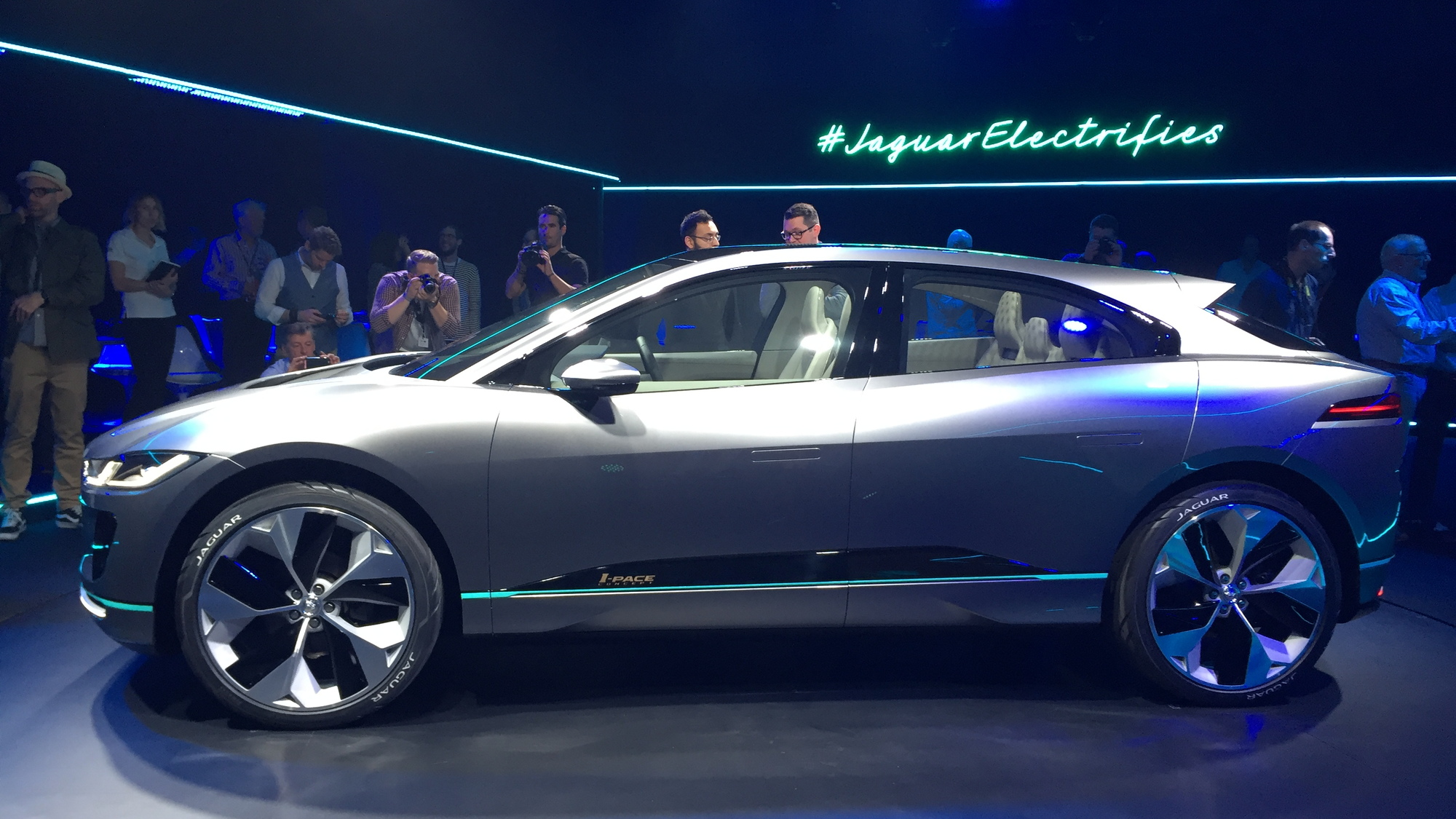 While Audi and Mercedes-Benz have trumpeted the electric crossover utility vehicles they will offer in 2018 and 2019, a smaller competitor is keeping pace with the German giants.

The British brand Jaguar won praise for the design of its I-Pace electric SUV on its debut at last November's Los Angeles auto show.

Now, that vehicle is already in pilot production, and is widely expected to debut three months from now at the 2017 Frankfurt auto show.

According to a report in industry trade journal Automotive News, the first versions of the aluminum-bodied, battery-electric I-Pace are already coming off the lines at subcontractor Magna Steyr's plant in Graz, Austria.

Last fall, the I-Pace team said that the concept car shown in Los Angeles was fairly close to the production vehicle, a Jaguar tradition.

The electric luxury SUV will have a combined 400 horsepower from front and rear electric motors, 4-second 0-to-60-mph acceleration, and all-wheel drive.

While only Jaguar and Magna Steyr employees have driven the I-Pace so far, one of those is Magna's president of vehicle technology and engineering, Karl-Friedrich Stracke.

He told Automotive News the first electric Jaguar has "unbelievable" acceleration, and said it's faster than a Tesla (presumably the Model X utility vehicle).

Magna Steyr was intimately involved in the engineering of the I-Pace, which rides on a new architecture for Jaguar Land Rover that uses a flat battery of unspecified capacity under the cabin floor.

Its proportions take full advantage of the lack of a large engine-transmission unit up front, lengthening the passenger compartment and pushing the wheels to the corners of the vehicle.

Inside, the bevy of screens from the concept car—including a 10-inch center touchscreen and a huge 12-inch instrument display—will also likely make it to production.

The interior of the I-Pace, in fact, may already have been previewed by the one used on the Range Rover Velar that launched earlier this year.

While sales of the Tesla Model X have not surpassed those of the older Model S hatchback sedan, as Tesla CEO Elon Musk had predicted, the distinctive SUV with its unique "falcon doors" will shortly face at least three competitors.

One is the Jaguar I-Pace, which will go on sale in the U.S. during 2018; a second is the Audi e-Tron, also launching in 2018; and a third is the Mercedes-Benz 'EQ' crossover shown last year in concept form as well.

All three have conventional rear doors.

Stracke's summary of the Jaguar I-Pace: "I am 100-percent certain it will challenge a lot of cars on the market today."