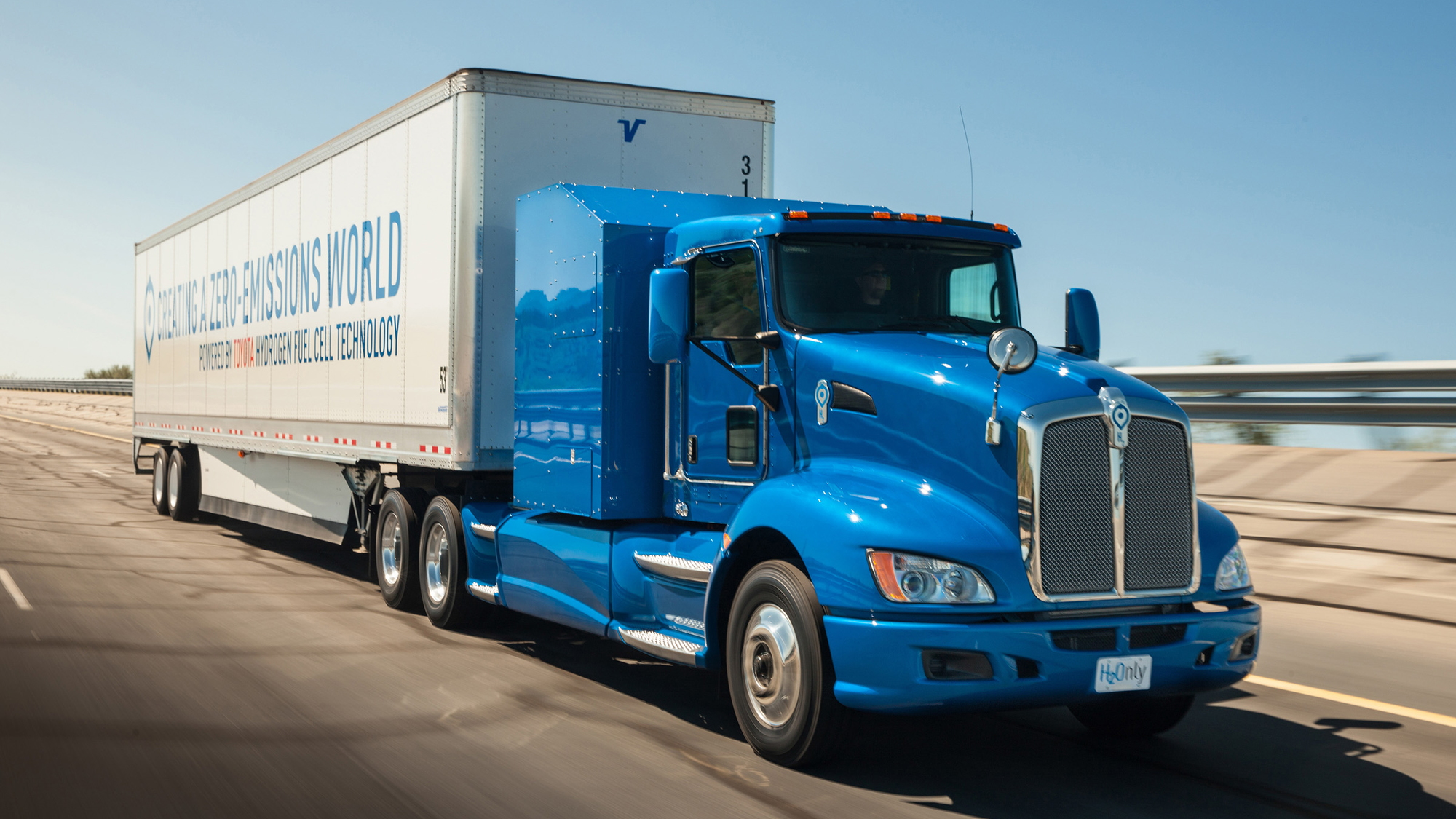 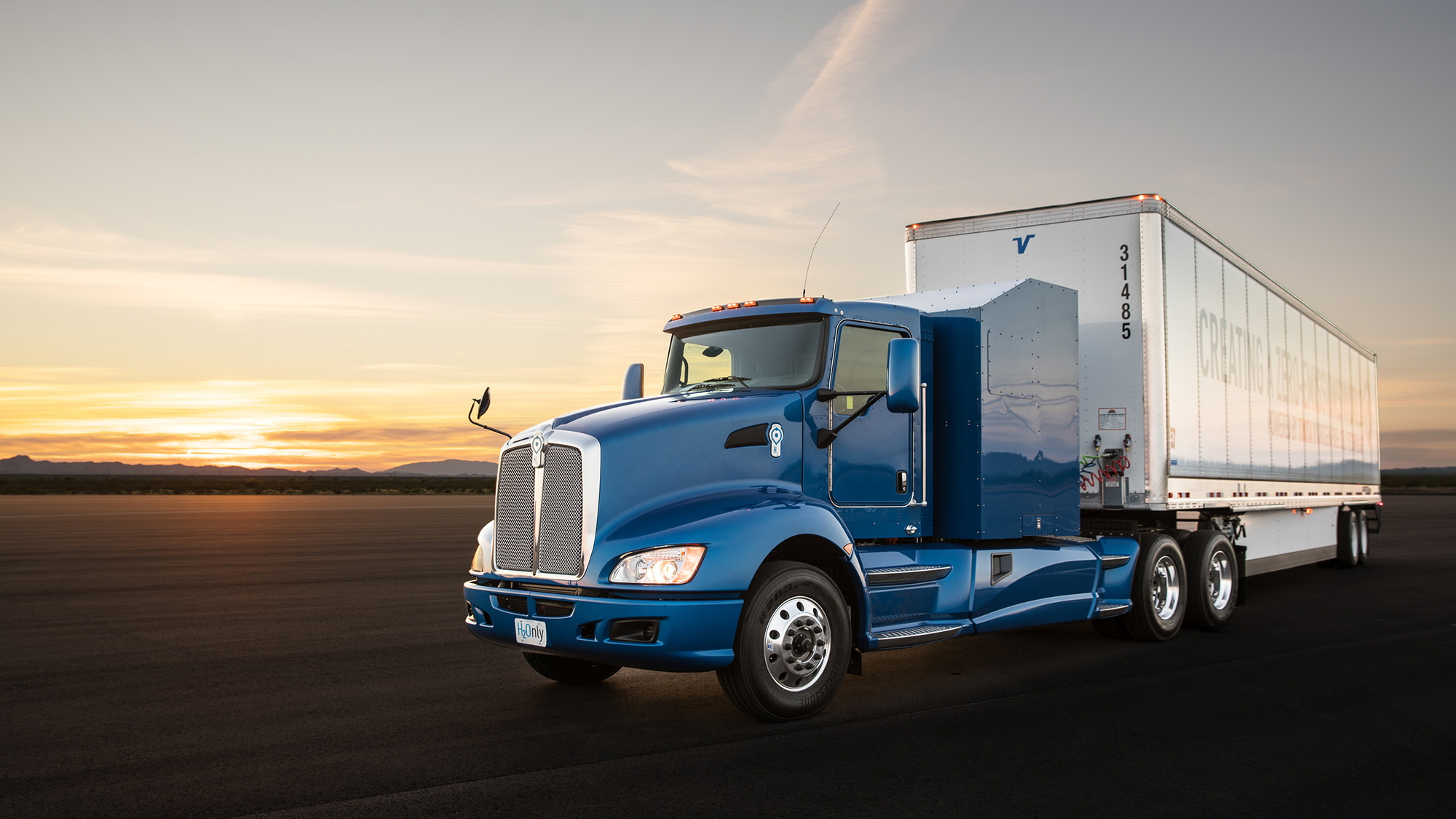 The challenges of building fueling infrastructure for passenger cars powered by hydrogen fuel cells are well known by now.

Toyota, Honda, and Hyundai now lease low volumes of fuel-cell vehicles in selected areas of California where a few dozen hydrogen fueling stations are now up and running.

The challenges for fueling may be less daunting for other sorts of vehicles, however—including heavy-duty tractors that haul freight trailers all over the country.

This morning, Toyota revealed its "Project Portal" experiment in partnership with the Port of Los Angeles, long a hotspot of diesel emissions and particulates from the thousands of tractor-trailer units loading and unloading at the huge shipping facility.

The proof-of-concept prototype zero-emission truck produces power of more than 670 horsepower and torque of 1,325 lb-ft from a pair of Toyota Mirai fuel-cell stacks and a 12-kilowatt-hour battery, which Toyota calls "relatively small" for a vehicle that large.

The gross combined weight capacity of the truck and trailer is 80,000 pounds, and under "normal drayage operations," Toyota projects an estimated driving range of more than 200 miles per hydrogen refill.

The press conference this morning was held in conjunction with the Port and also the powerful California Air Resources Board, which sets emission standards for the state.

The announcement will be followed shortly by a feasibility study to begin this summer.

It's all part of the Clean Air Action Plan developed by the Port, which has notably cut harmful emissions from operations at the Ports of Long Beach and Los Angeles over a 12-year period.

The 2016 Toyota Mirai was the first hydrogen fuel-cell vehicle to sell more than 200 units a year in the U.S. Its total sales last year were just over 1,000 units, and Toyota has said it is targeting sales of roughly 3,000 units a year.

The Hyundai Tucson Fuel Cell, a converted compact crossover with a hydrogen fuel-cell powertrain, actually arrived on the market before the Mirai, but its volume is considerably lower.

The third hydrogen-powered vehicle, the 2017 Honda Clarity Fuel Cell, went on sale last December. It will be joined by an all-electric version this spring, in limited markets, and a much higher-volume plug-in hybrid model late this year.

The importance of the project to CARB was indicated by the statement from its chair, Mary Nichols: “As they did with the Prius and the Mirai, Toyota is taking a leap into the future of technology," she said.

“CARB will be following the progress of this feasibility study with interest, as we look to develop the best mix of regulations and incentives to rapidly expand the market for the cleanest, most efficient big trucks to meet the need for dramatic change in the freight sector.”