It was clear well before November's election that candidate Donald Trump did not believe in the accepted science of climate change.

He referred to it using an excremental epithet, and also claimed that it was a Chinese hoax created to hurt the U.S.

Scientists around the world and the majority of Americans accept the science of climate change, but the 45th president of the United States does not.

Nor does the new head of the Environmental Protection Agency, Scott Pruitt, who sued the agency he now runs more than a dozen times as attorney general of Oklahoma to prevent it from enforcing rules limiting emissions by the state's powerful fossil-fuel extraction industry.

It later turned out that Pruitt's office had copied and pasted language sent to it by fossil-fuel companies into its legal arguments against the EPA.

So it shouldn't come as any surprise that the new administration has embarked on ambitious plans to undo every vestige of President Obama's efforts to limit emissions of carbon dioxide, the most prevalent climate-change gas.

An article last week in The New York Times laid out in grim detail exactly what the administration plans to do to eradicate every U.S. effort to limit CO2 emissions.

It's worth reading in full to understand the different fronts on which the administration intends to attack existing legislation and free industries and vehicles to emit more carbon than currently permitted.

As the Times notes, the Trump Administration plans "send an unmistakable signal to the nation and the world that Mr. Trump intends to follow through on his campaign vows to rip apart every element of what the president has called Mr. Obama’s 'stupid' policies to address climate change."

CHECK OUT: Bill making it harder for scientists to sit on EPA Science Board advances

The White House draft budget, which has no chance of passing Congress as it sits, also cuts EPA funding by 31 percent and ends all climate-change research.

The EPA's Clean Power Plan, which required each state to establish a locally suitable program to cut carbon emissions from its electric utilities, was already held up in court following a lawsuit against it filed by 24 states.

While many West Coast and Northeastern states are already well into such planning, the Clean Power Plan was fiercely resisted by numerous states in the center of the country—many of which have the dirtiest and most coal-intensive grid mixes.

The Times suggests that Trump has not decided whether to withdraw from the landmark 2015 Paris Climate Agreement.

The proposed changes would make it impossible for the U.S. to meet its obligations under that treaty.

There are, however, limits to what the president can do by executive order. He is not likely, for instance, to be able to bring back the U.S. coal industry, one of many promises he made around the theme of good-paying jobs.

New discoveries of cheaper natural gas, extracted via hydrofracking, have made coal—especially that mined by humans—economically uncompetitive, even for the many users who don't care that natural gas produces energy with a much lower carbon burden per kilowatt-hour than does coal.

But there is good news on the horizon: global emissions of carbon dioxide were flat last year for the third year in a row, conclusively proving that economic growth and industrial production do not require increased carbon emissions.

And many analysts say that large-scale renewable energy will be less expensive than power produced from fossil fuels within the next 10 years. In some circumstances, it already is.

Moreover, as the Washington Post points out, the U.S. government is legally required to study the impacts of climate change.

In presenting the new president's budget plan, White House budget director Mick Mulvaney called such studies a "waste" of taxpayer money. The budget eliminated every dollar to fund climate studies at both NASA and the National Ocean and Atmospheric Administration.

That budget lays out the priorities of the president and his administration, although it is not likely to pass Congress in anything remotely like its current form.

But one climate-science research program that Trump would like to zero out produces a comprehensive report on how climate change is affecting different regions of the U.S.—a study required every four years under the 1990 Global Change Research Act.

That act, as the Washington Post points out, was signed into existence by Republican president George H.W. Bush almost two decades ago. The next report is due in 2018.

Efforts to cut or eliminate scientific research in general, and perhaps climate science in particular, will undoubtedly face pushback from states' attorneys general, environmental groups, and even activists. 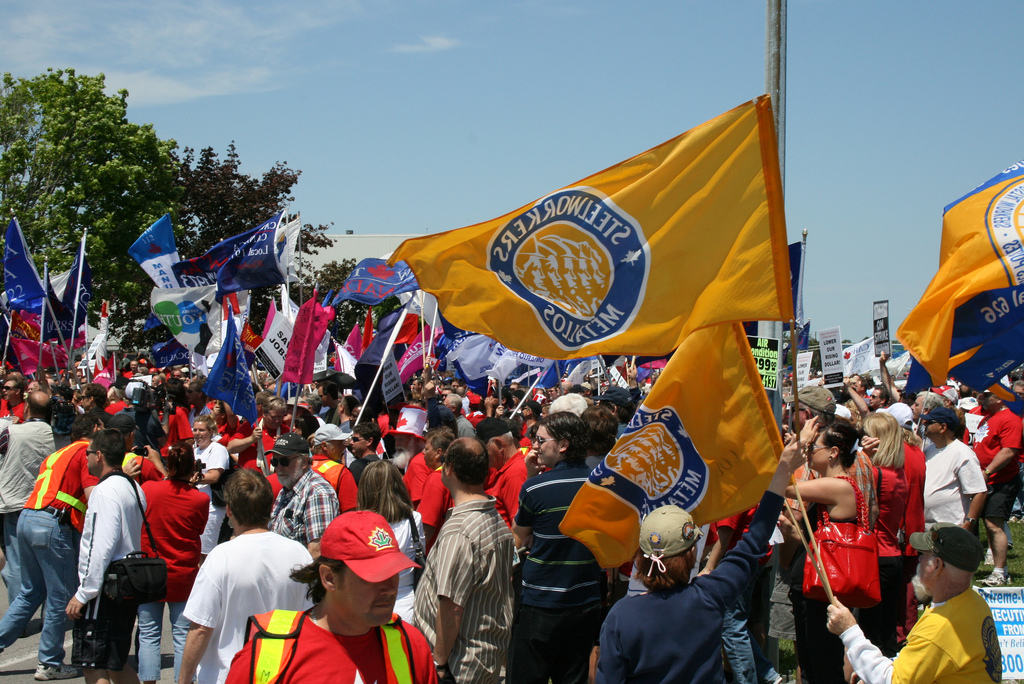 A "March for Science," a series of rallies and marches, is scheduled for April 22 of this year in Washington, D.C. and more than 300 cities across the world.

It may be the first such global event of its type, but it follows an unprecedented wave of public activism in the U.S. and elsewhere against some of the administration's policies.

It is to be hoped, then, that the combination of public pressure, legal pushback, market forces, and the economics of renewable energy will continue to do what the Trump Administration is trying to undo: reduce carbon emissions into the world's atmosphere.

Green Car Reports respectfully reminds its readers that the scientific validity of climate change is not a topic for debate in our comments. We ask that any comments that deny the accepted scientific consensus on climate change be flagged for moderation. Thank you in advance for helping us keep our comments on topic, civil, respectful, family-friendly, and fact-based.